As the old saying goes, “everything is bigger in Texas,” and Big Bend National Park is no exception. Established in 1935, Big Bend protects and preserves the largest Chihuahuan Desert ecosystem in the United States.

Spanning an impressive 801,163 acres, Big Bend is rich in biological and geological diversity, cultural history, and outdoor recreation potential. The park’s name originates from its location along the large bend of the Rio Grande, which forms both the park’s boundary and a natural border between the United States and Mexico. 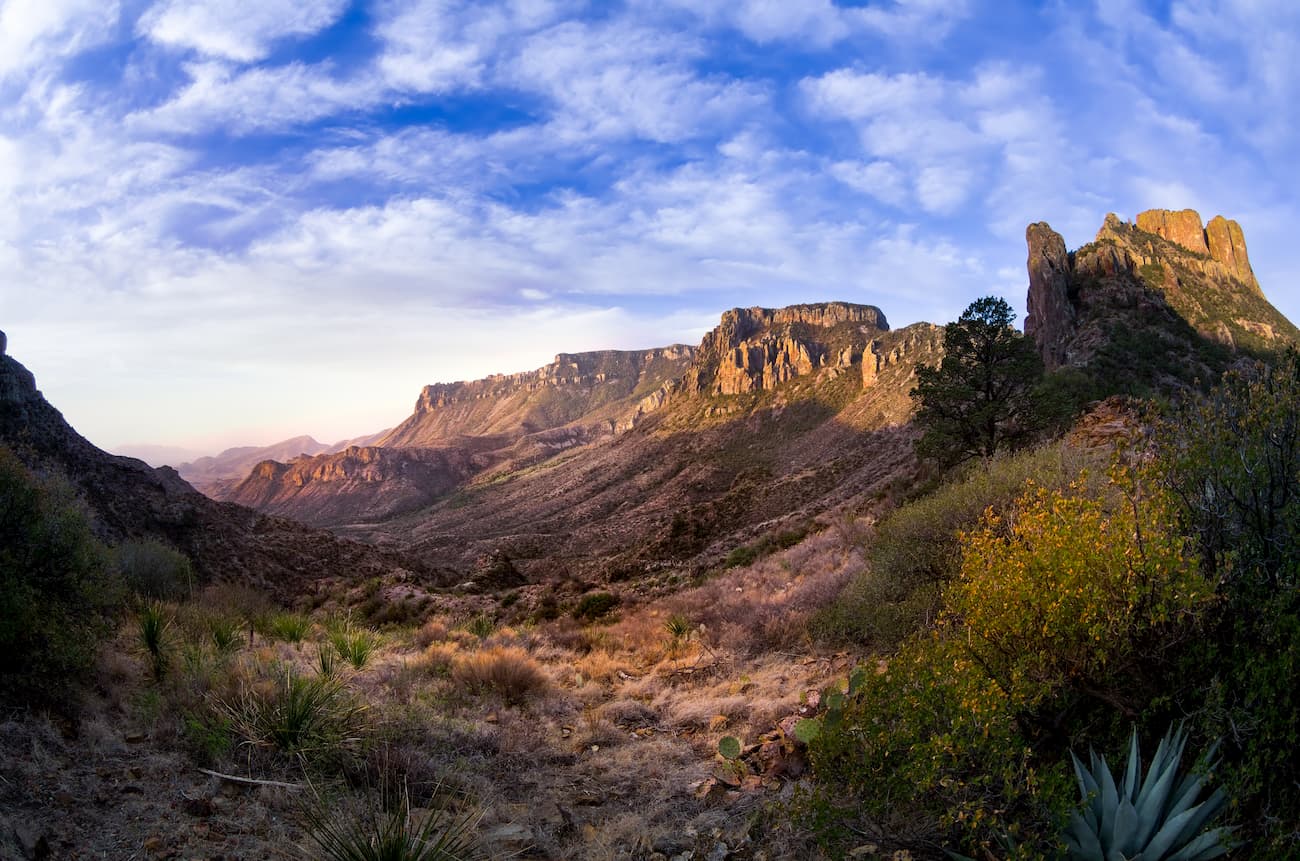 Big Bend’s location on the border has presented some unique challenges for the park. Due to the Treaty of Guadalupe Hidalgo, also known as the Treaty of Peace, Friendship, Limits and Settlement, the park extends only to the center of the deepest river channel as it flowed in 1848.

The water and land south of that channel belong to Mexico. The park’s fluid and natural boundary has historically allowed visitors from both countries to come and go as they please. However, the park’s boundary is also frequently subject to political and social pressure.

Today, American visitors can easily walk to the Boquillas Crossing Port of Entry, hop on a small boat, and rent a burro or truck to travel into the tiny village of Boquillas, Mexico, for some authentic Mexican cuisine. However, less than a decade ago, the border between Mexico and the United States was closed for 11 years, and, in 2019, border crossings temporarily halted once again during a U.S. government shutdown.

Nestled in the heart of the park, the Chisos Mountains are the only mountain range in the states completely contained within a national park. This set of summits extend for twenty miles from Punta de la Sierra to Panther Junction. The Chisos Mountains are the most southerly mountain range in the United States and contain several 7,000-foot summits, including Emory Peak, the highest in the range, Lost Mine Peak, Toll Mountain, Casa Grande Peak, and Crown Mountain.

In stark contrast to the cool, elevated summits of the Chisos Mountains, elevations dip to just 1,800 feet along the Rio Grande. This significant shift in elevations contributes to the park’s incredible biological diversity. Big Bend is home to 56 species of reptiles, 75 species of mammals, more than 450 species of birds, and 1,200 species of plants. Some species, like the Chisos Oak, aren’t found anywhere else in the country. While portions of the park are certainly characterized by dry, desolate desert, other regions are peppered with amazing sea fossils and otherworldly volcanic dikes.

In 2012, Big Bend was named an International Dark Sky Park and recognized with a ‘Gold Tier’ designation, meaning it’s free from all but the most minor impacts of light pollution. Recognized as the darkest skies in the contiguous United States, it’s easy to see why Big Bend is one of the country’s very best stargazing destinations.

Summit the highest peak in the park, Emory Peak, via the Emory Peak Trail. This all-day adventure isn’t for the faint of heart. The trail climbs an unrelenting 2,400 feet in elevation over the course of 10.5 miles, taking nearly 8 hours to complete. Fortunately, most of the ascent is wooded and sheltered from the wind. The trek ends with a short scramble up a rock face to the summit. From the top, hikers are rewarded with sweeping views of rugged, narrow ridges and the powerful Rio Grande.

Situated in the Chisos Basin, the South Rim trail is a scenic footpath that climbs 2,000 feet of elevation to sprawling views of the Chisos Mountains. At 12.6-miles, and with an option to summit Emory Peak, this trail can be completed as a lengthy day hike or a two-day backpacking adventure. Several spur trails along the way lead to dramatic vistas and stunning views reaching as far as Mexico and the Santa Elena canyon.

Santa Elena Canyon is one of Big Bend’s most dramatic features. The 1.5-mile Santa Elena Canyon trail is a popular footpath that runs along the edge of the Rio Grande River. At times, the trail skirts the water’s edge, while at other points, it leads to the canyon’s ridge several stories above. The canyon’s humbling 1,500-foot walls and lush vegetation make it one of the most popular trails in the park.

Backcountry camping and primitive roadside campsites can also be found in the park. For those with off-road vehicles, a few primitive sites can be found in the desert and along the Rio Grande. Though no shade, toilets, or amenities are available at these sites, visitors can expect stunning views and ample solitude.

Backpackers visiting Big Bend can take advantage of fort-two designated, backcountry sites. A backcountry permit is required and can be obtained at the Panther Junction and Chisos Basin Visitor Centers.

Tucked within the Chisos Basin at 5,400 feet, the Chisos Mountain Lodge offers visitors a variety of rooms and cottages, a gift shop, camper store, and dining room. The lodge is open year-round and is the only lodging available inside the park. The lodge is also conveniently located near some of the park’s most popular hiking trails, so visitors can easily spend the day exploring the park and return to their room for a good night’s rest. 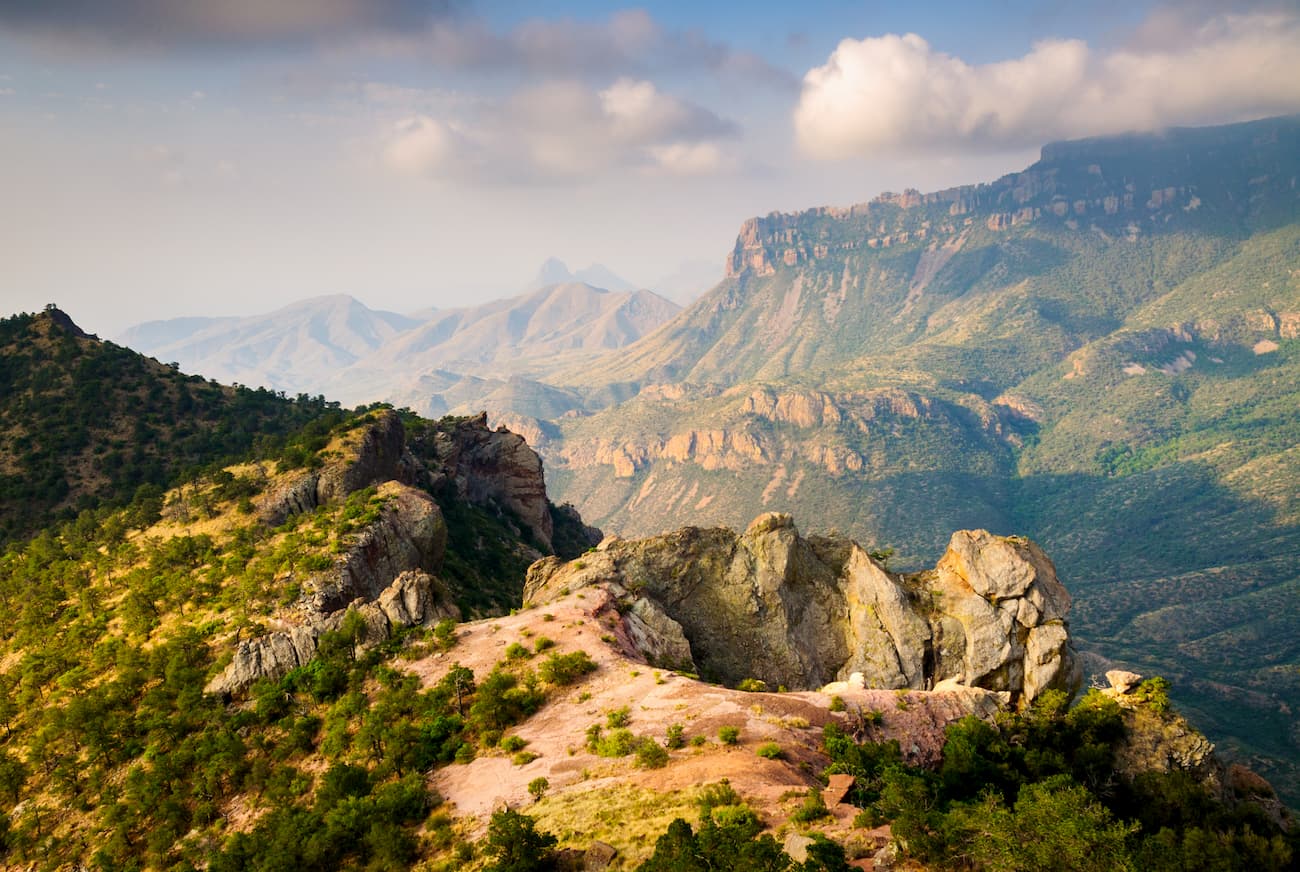 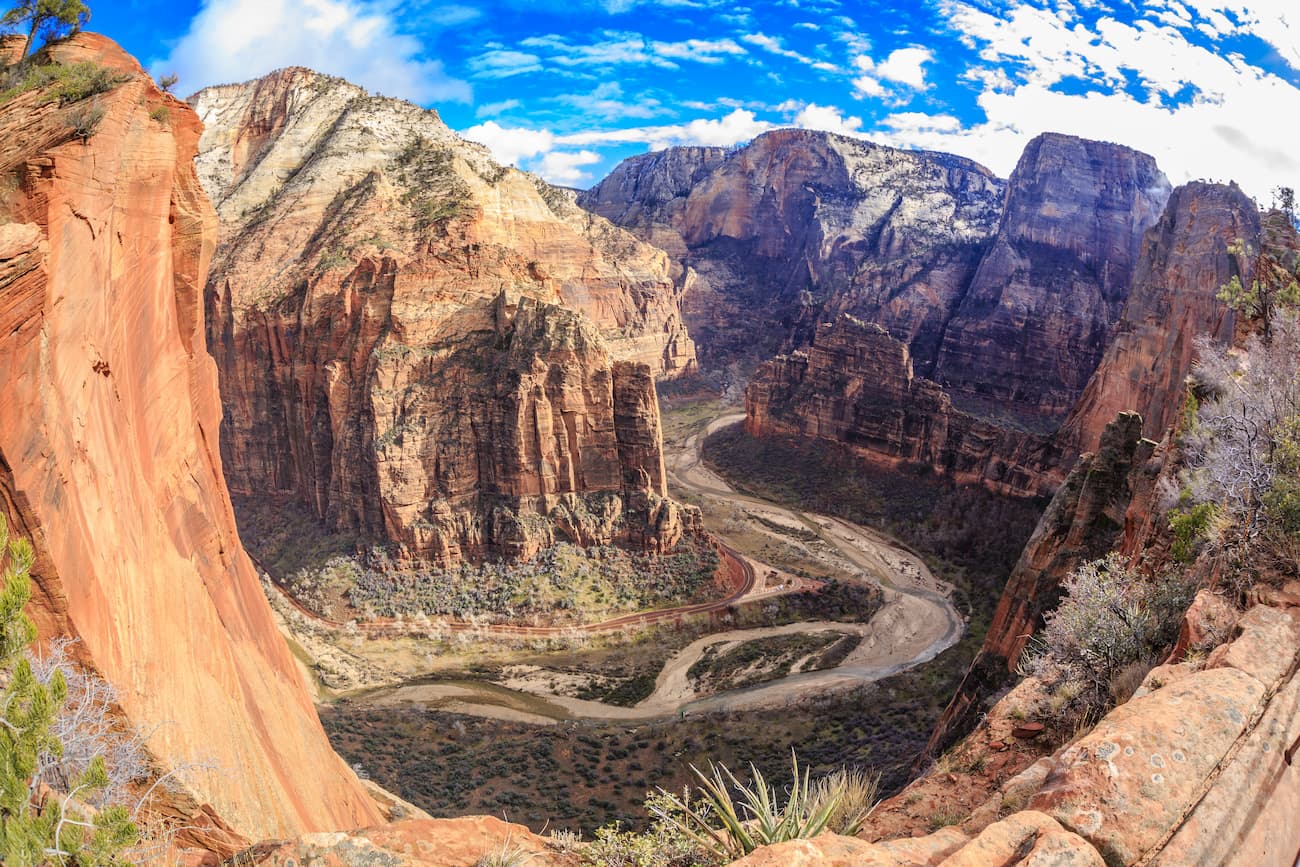 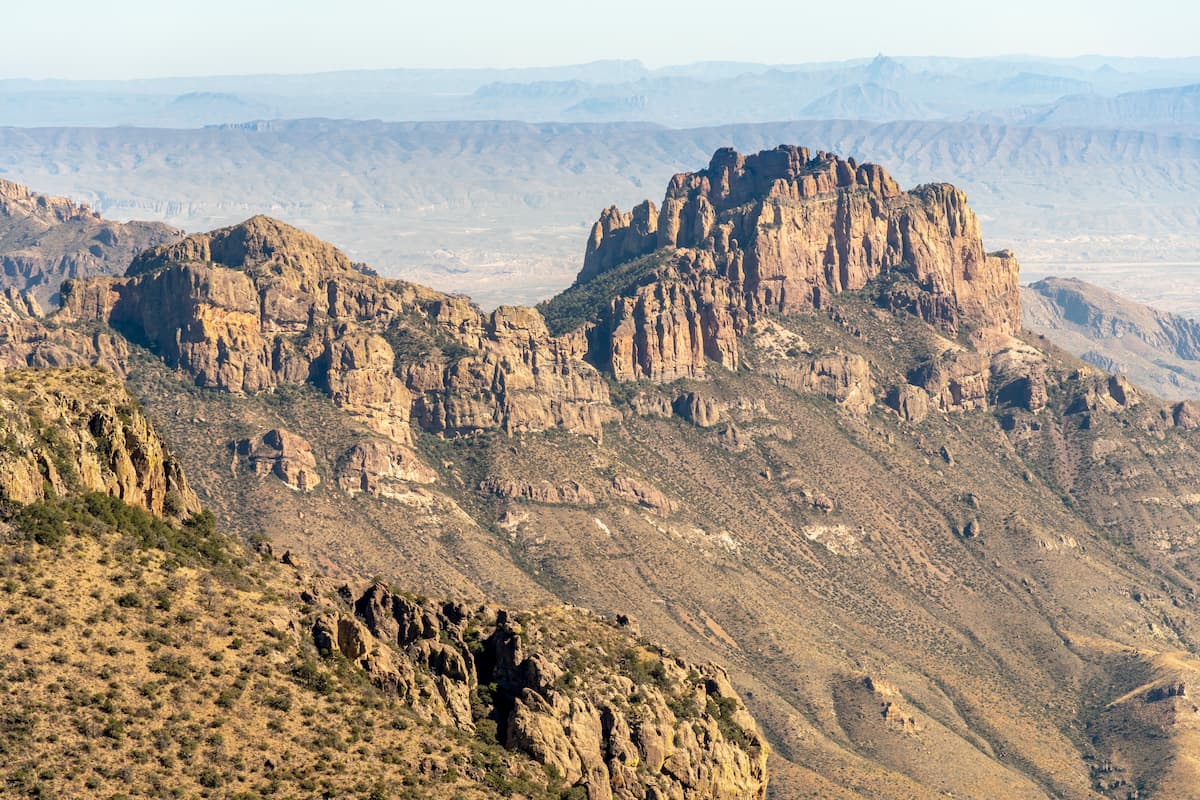 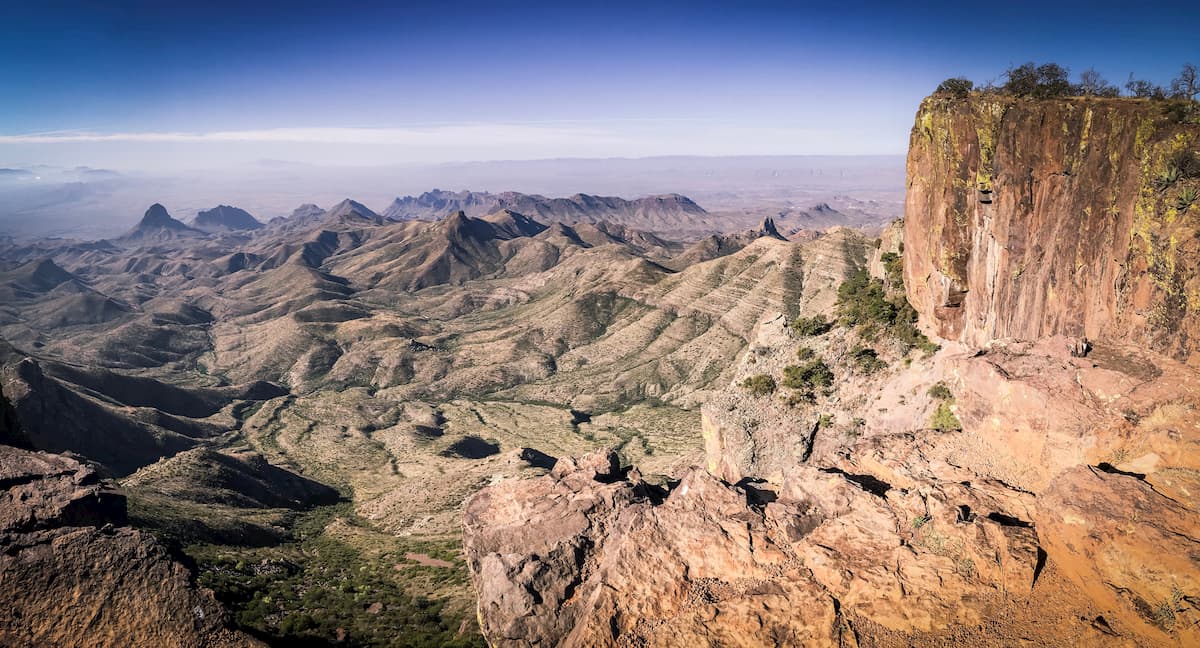 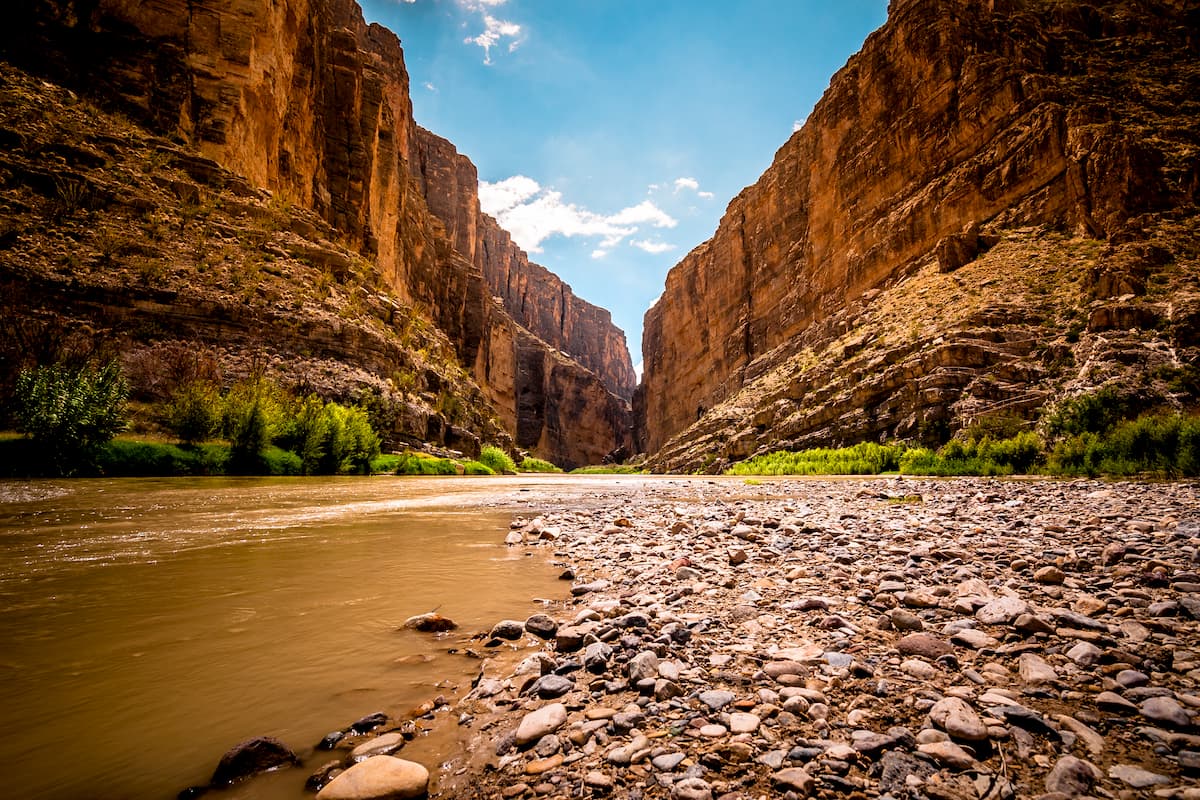 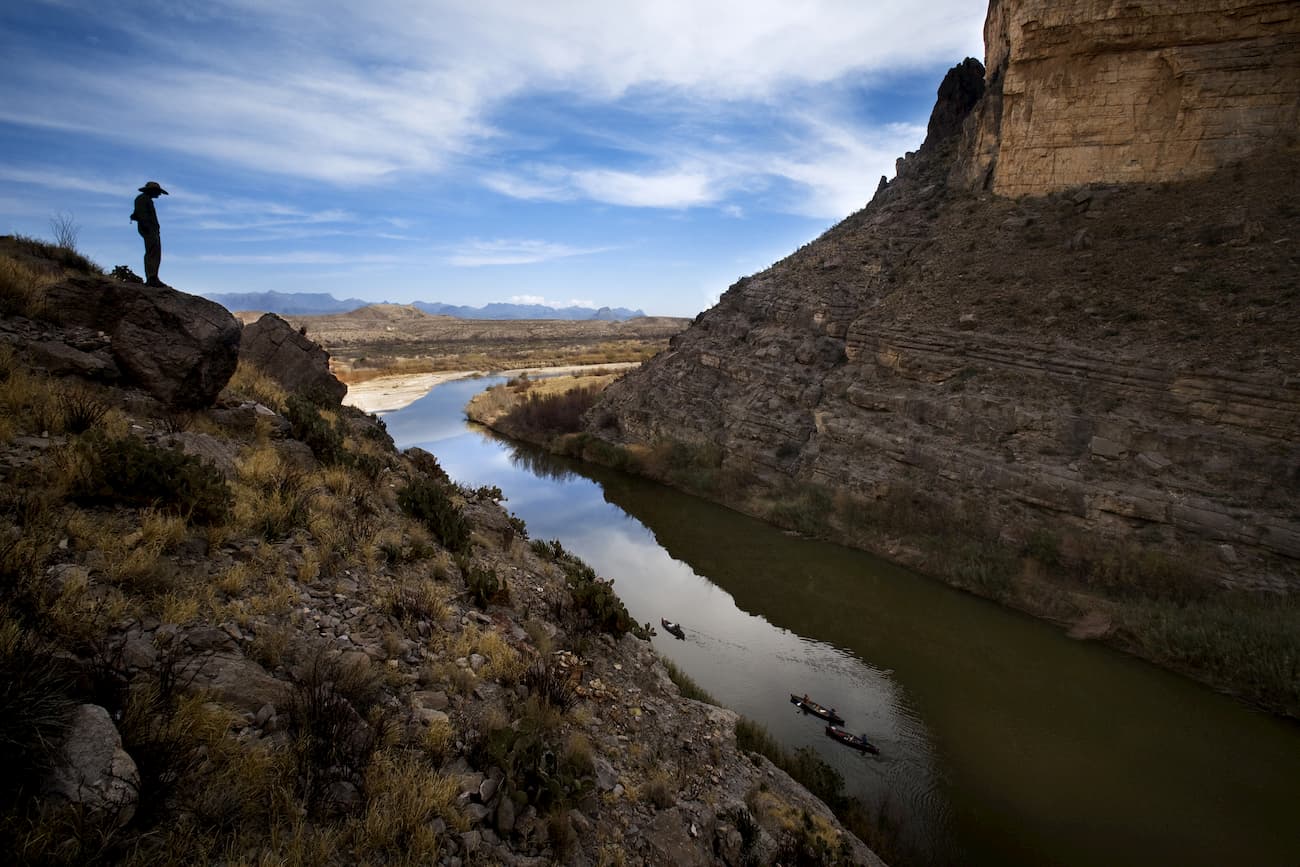 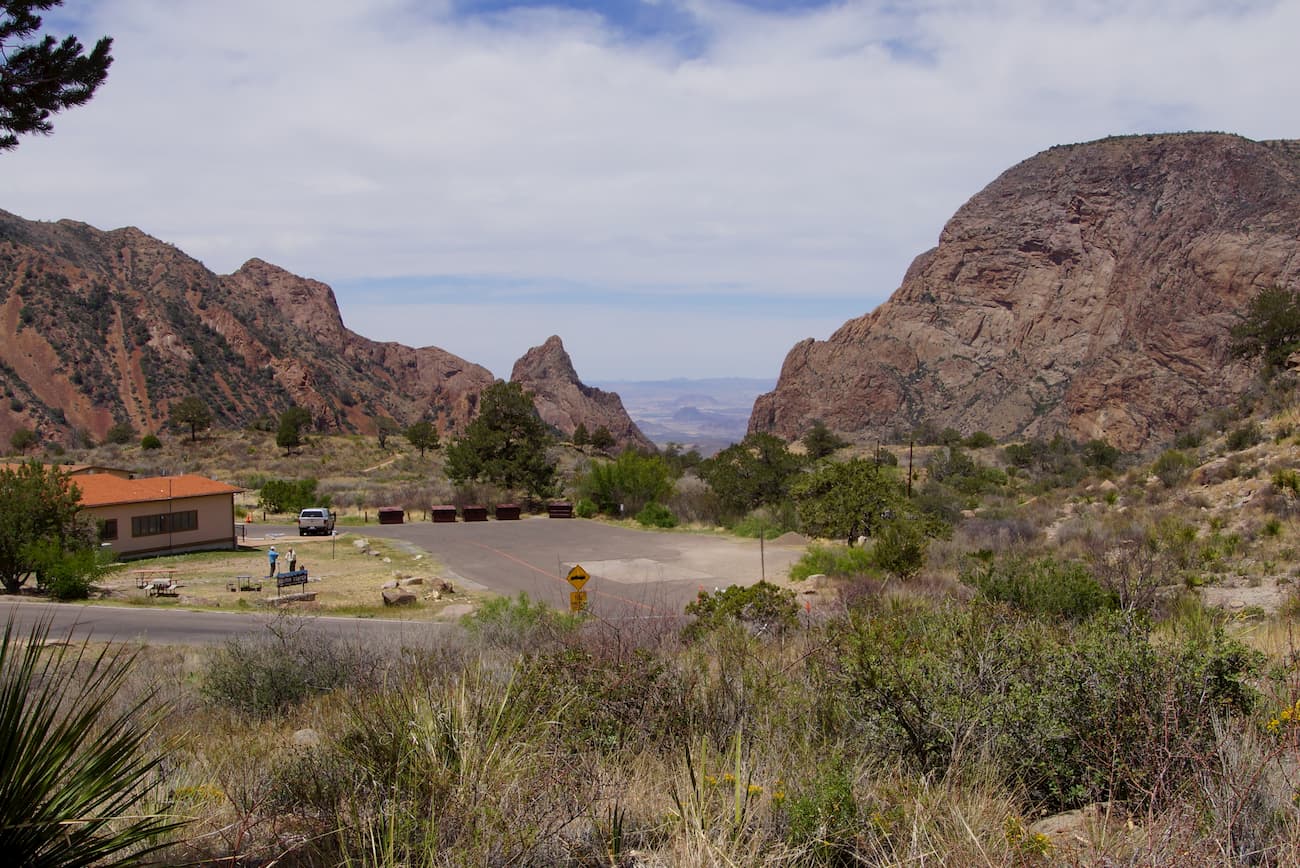