1 080 m
Elevation
Elevation is the altitude of a place
above sea level.

711 m
Prominence
Peak’s prominence is the least
vertical to be covered to get from the
summit to any other higher terrain.

The Traveler was named by loggers using the East Branch of the Penobscot River. As any distant object will appear to do, it seemed to move along with them as they went down river. Upper and Lower South Branch Ponds are at the western base of the Traveler. Three ridges descend the western slopes of the mountain and provide access to the summit. These ridges are from North to South: North Traveler Ridge, Center Ridge and Pinnacle Ridge. North Traveler Ridge of course leads to the Northern summit. The other two ridges begin near the thoroughfare between the two ponds and proceed up to the peak of the ridges 3,225 ft (983 m). Both routes then merge on the way from the Peak of the Ridges to the summit of the Traveler.
There's a trail leading to the summit. Traveler Mountain is one of the 5 peaks along the Traverler Mountain Trail. 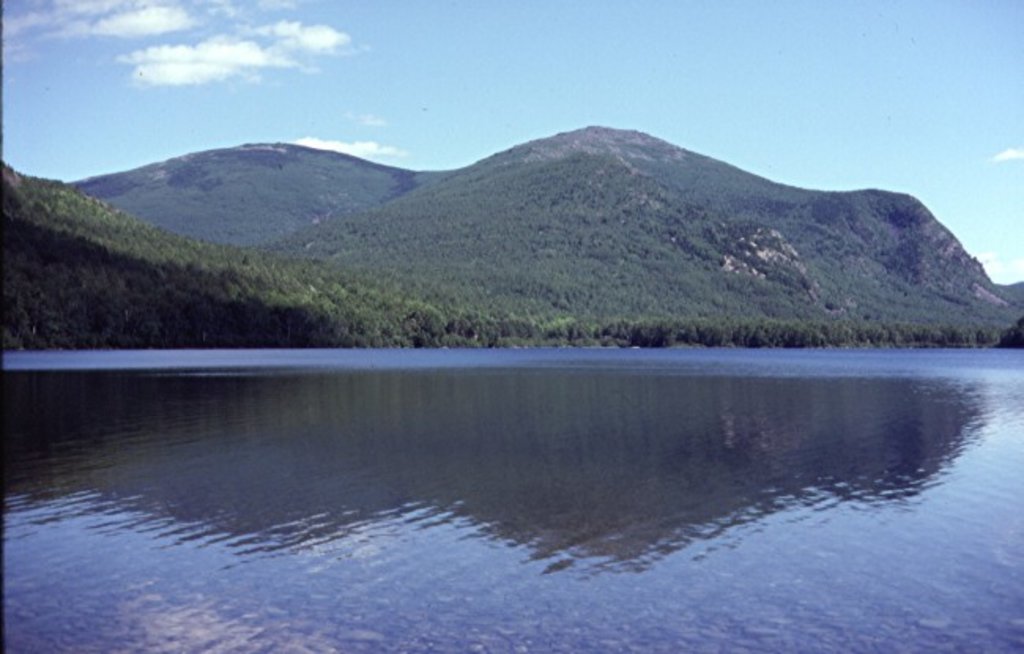 45.950556 N   -68.919444 W
Nearest Higher Neighbor
Fort Mountain - 15.9 km SW
El: 1 176 m / Prom: 59 m
Check out a downloadable 3D model of Traveler Mountain area. A higher resolution model can be found in the PeakVisor mobile app.
Do you have photos of Traveler Mountain or know something about it? Please let us know!