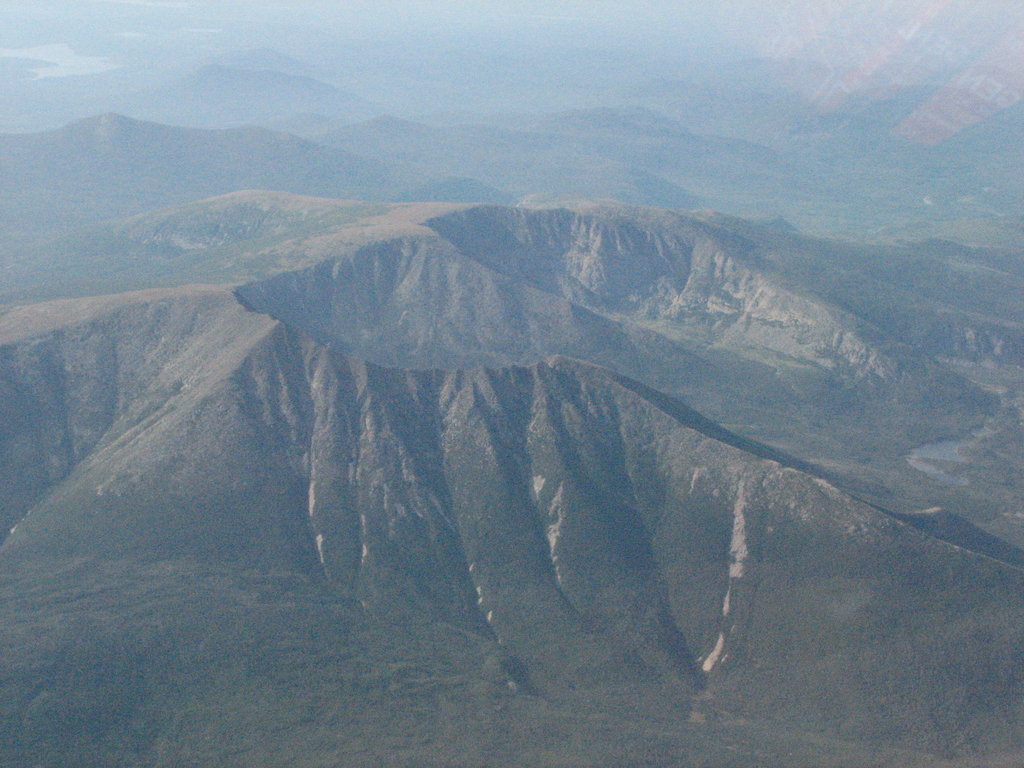 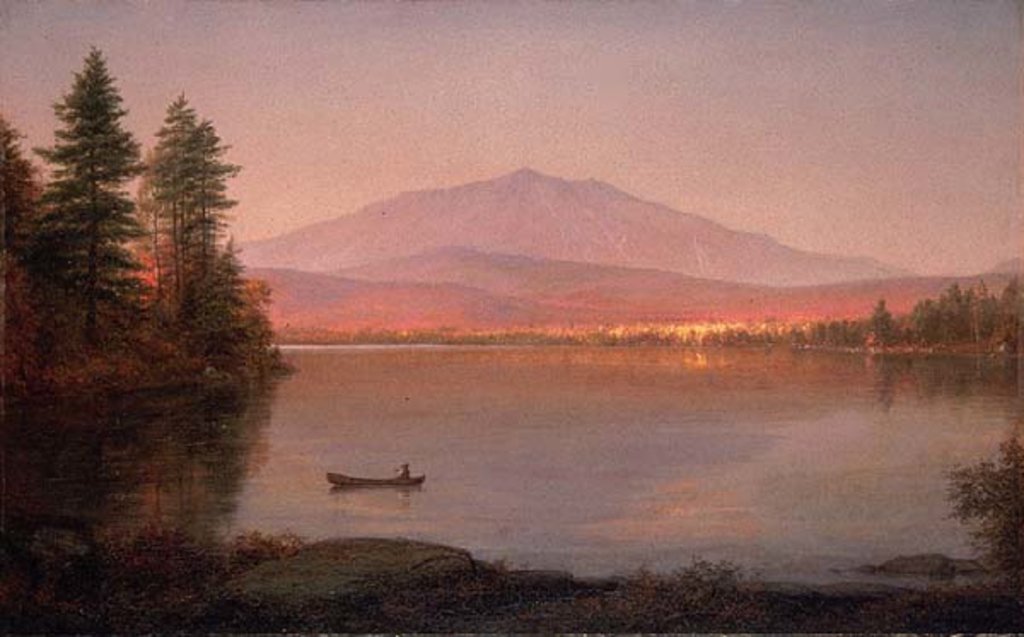 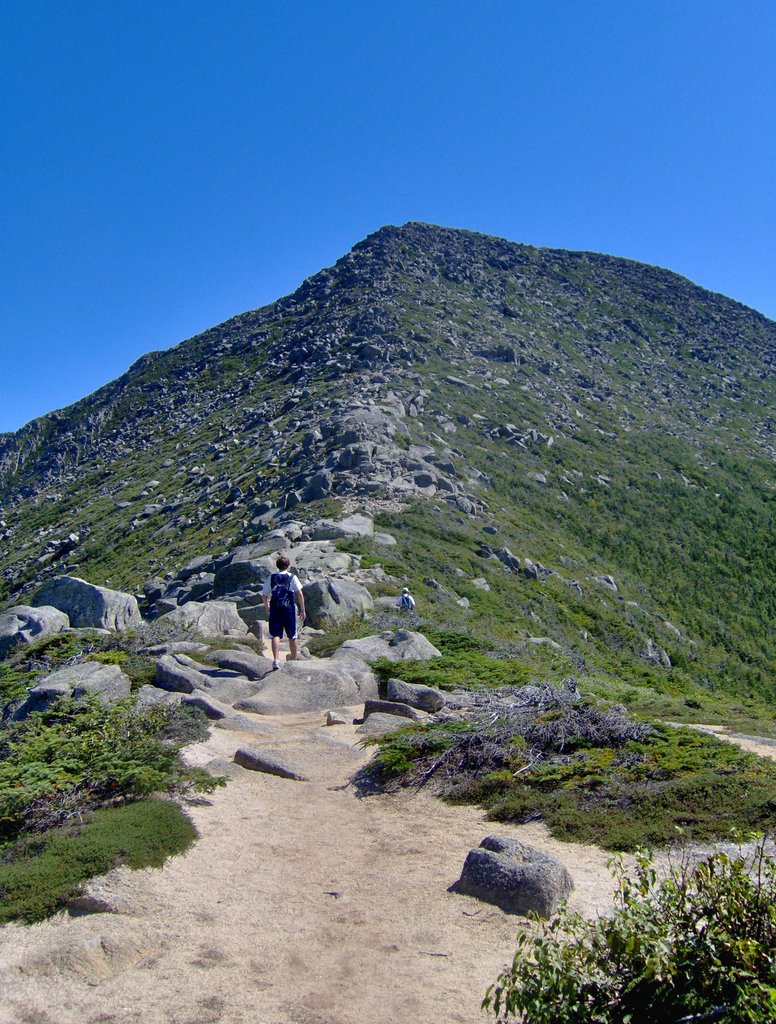 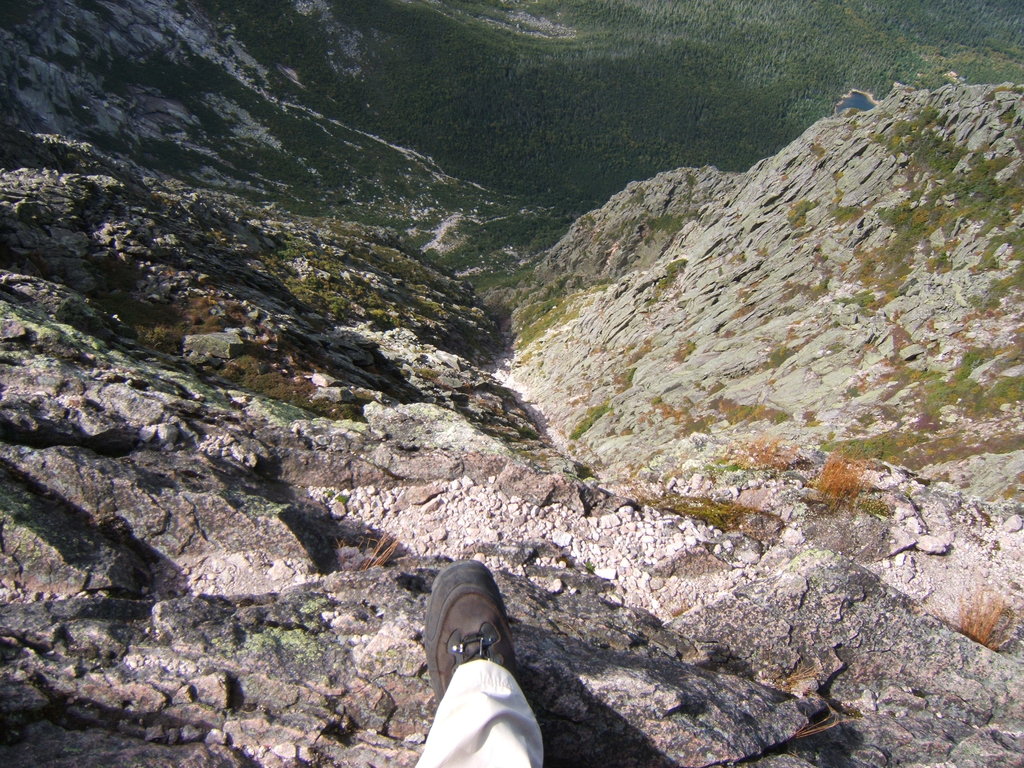 Show 3 photos
Add photo
1 605 m
Elevation
Elevation is the altitude of a place
above sea level.

22 m
Prominence
Peak’s prominence is the least
vertical to be covered to get from the
summit to any other higher terrain.

Mount Katahdin (pronounced /kəˈtɑːdən/, "kə-TAH-dən") is the highest mountain in the U.S. state of Maine at 5,267 feet (1,605 m). Named Katahdin by the Penobscot Indians, which means "The Greatest Mountain", Katahdin is the centerpiece of Baxter State Park. It is a steep, tall mountain formed from a granite intrusion weathered to the surface. The flora and fauna on the mountain are typical of those found in northern New England.

The mountain is commonly called just "Katahdin", including by Baxter State Park in official publications. The official name is "Mount Katahdin" as decided by the US Board on Geographic Names in 1893.
There's a trail called Hunt Trail leading to the summit. Baxter Peak is one of the 311 peaks along the multi-day Appalachian Trail.