1 292 m
Elevation
Elevation is the altitude of a place
above sea level.

966 m
Prominence
Peak’s prominence is the least
vertical to be covered to get from the
summit to any other higher terrain.

Proportional Prominence 1 145 m
Location
45.031449 N  -70.313355 W
Sugarloaf Mountain is a mountain located in Franklin County, Maine. It is the third highest peak in the state, after Mount Katahdin's Baxter and Hamlin peaks. Sugarloaf is flanked to the south by Spaulding Mountain.

The Appalachian Trail (AT), a 2,170 mi (3,490 km) National Scenic Trail from Georgia to Maine, passes within a mile of the summit, skirting the peak to the west, and the summit is reached by a 0.6 mi (0.97 km) side trail. This side trail, and a trail down the east side of Sugarloaf, were originally part of the AT, which has been relocated down the north side of the mountain to the west of the ski slopes. Sugarloaf, a major ski resort is located on the north side of the mountain.
There's a trail called Sugarloaf Side Trail leading to the summit. 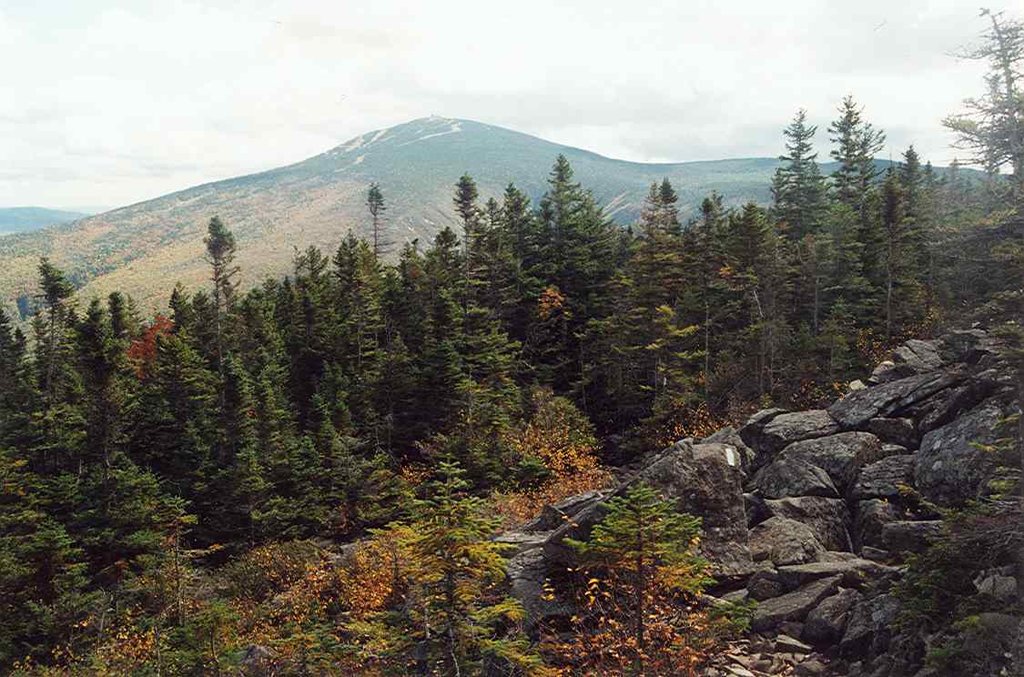 Whiffletree SuperQuad
09:00 - 15:50
Status
opened
Opening hours
09:00 - 15:50
Start
538 m
End
847 m
Show all 12 lifts
Show only 10 lifts
All mountain lifts in region
Summit Register
See all
Chele Fuller
Zachary Tucker
Check out a downloadable 3D model of Sugarloaf Mountain area. A higher resolution model can be found in the PeakVisor mobile app.
Do you have photos of Sugarloaf Mountain or know something about it? Please let us know!