With raging rivers, steep cliffs, and stunning vistas, the New River Gorge National River is a federally protected park located in the US state of West Virginia and a veritable outdoor recreationalist’s paradise. The park contains 10 named mountains, the highest of which is Swell Mountain (3,291ft/1,003m), and the most prominent of which is Stretcher Neck (1,955ft/596m). 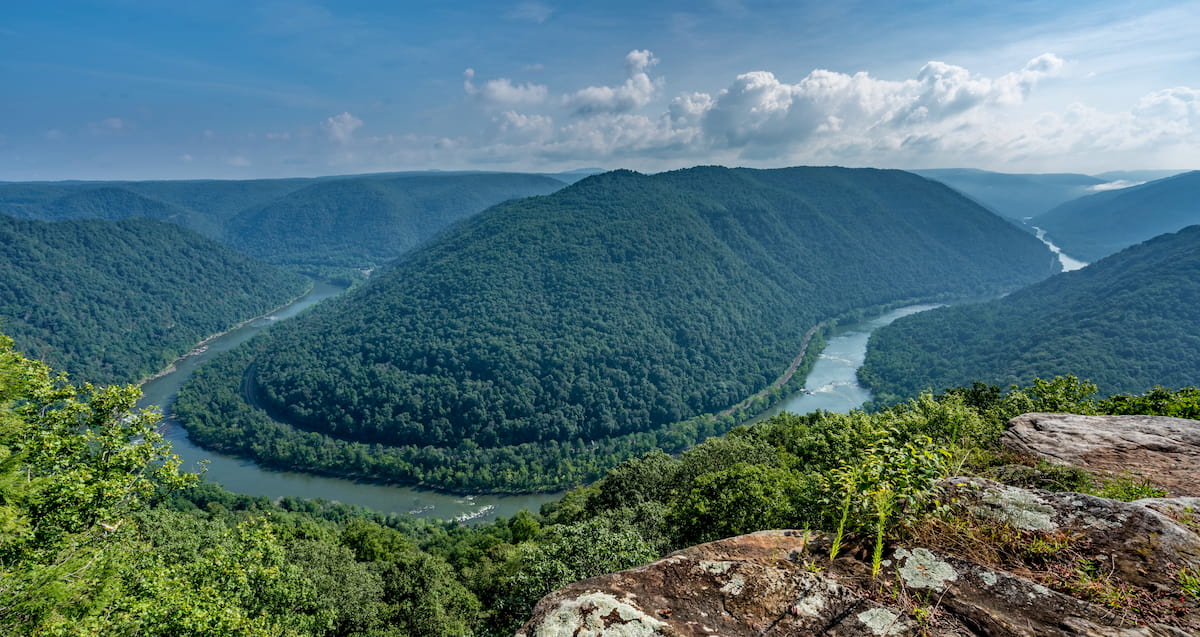 Situated in south-central West Virginia near the state’s borders with Kentucky and Virginia, New River Gorge National River is a small protected area under the purview of the US National Park Service. It covers an area of about 72,808 acres (29,464 ha) of land, most of which is within Fayette, Summers, and Raleigh counties.

As the name suggests, the New River Gorge National River is located along the New River and its associated gorge. Part of the Ohio River Watershed, the New River starts near the town of Boone, North Carolina in the Blue Ridge Mountains and flows through the state of Virginia into West Virginia until it reaches its confluence with the Gauley River.

Overall, the river is about 360 miles (580km) long and it is believed to be one of the oldest rivers in the world (despite its youthful name) from a geological perspective, having formed some 325 to 260 million years ago. This puts it on par age-wise with the Finke River in Australia, the Meuse River in France and Belgium, and the Rhine in Switzerland, Germany, and the Netherlands.

The New River Gorge National River is a true geologist’s paradise, thanks to its steep canyons and massive cliffs. As we’ve mentioned, the mountains within the New River Gorge are part of the Allegheny Mountains subsection of the Appalachian Plateaus.

Here, much of the rock is sedimentary in origin and the majority of the exposed outcrops and cliffs are either sandstone or shale. In particular, the gorge is home to Nuttall sandstone, which is a very hard type of sandstone that’s comprised of nearly 98% quartz. It also contains large deposits of coal, which are considered to be exceptionally pure.

The New River gorge never would’ve formed, however, if it wasn’t for the erosive powers of the river itself. In fact, the New River was once the headwaters of an ancient river known as the Teays River, which drained into a large sea that existed over much of the central part of North America.

It’s also important to note that the New River is one of the only major waterways that travels through the Appalachian Ridges rather than skirting around them.

This may not seem like a big deal today, thanks to our cars, planes, and other mechanical methods of transportation, but, the fact that the New River cut through the crest of the Appalachian Ridges was of immense importance for Indigenous peoples and for early European-American settlers who used it as a way to move westward before the advent of cars and trains.

Although much of the excitement of the New River Gorge National River is on the river and the gorge, the park is also an important refuge for flora and fauna.

In particular, the New River Gorge National River, along with the Gauley River National Recreation Area, is home to some of the last remaining vestiges of mostly untouched Appalachian mixed mesophytic forests. The gorge is also home to some of the most diverse flora in the region, with well over 1,000 different species of plants within the boundaries of the park.

This forest is considered to be “mixed mesophytic,” which means that it’s a temperate forest that gets a decent amount of moisture. There are 5 primary forest communities that can be found in the park, each of which has its own unique mix of flora and fauna.

On sunny south-facing slopes, visitors can find oak-hickory forests, which stand in direct contrast to the beech and maple hardwood forests found on the damper northern slopes of the park.

Meanwhile, in riparian areas near the river, the park is home to a mix of sycamore and river birch forests. On the other hand, the more fire-prone areas around the park’s ridgelines are usually dominated by oak and scrub pine forests.

Additionally, you can find tall tulip poplars and basswoods in the Appalachian cove forests, which are located in sheltered valleys. However, the spruce and fir forests that one can often find at high elevations aren’t native to the New River Gorge National River because these forest communities are only found in areas above 5,000 feet (1,500m), such as in the Great Smoky Mountains.

That being said, the New River Gorge National River does contain one unique ecosystem that you won’t find elsewhere: the Appalachian Riverside Flatrock Community. This plant community is characterized by a very slow process of succession due to the intermittent flooding of the region by the New River, which strips away much of the area’s nutrient-rich topsoil.

Here, you can find lichens, mosses, eastern red cedars, post oak, scrub pine, and other tolerant species which can survive despite the frequent floods and lack of soil.

The New River Gorge and the surrounding region have a history of human inhabitation that dates back thousands of years. Indeed, the region is the ancestral homelands of many Indigenous peoples, including the descendants of the Shawnee, Tutelo, and Moneton peoples.

Due to the New River’s importance as a transportation route through the Appalachian Mountains, it became a popular settlement area for Americans of European descent during the 18th and 19th centuries.

Some of the earliest European-American settlements in the region were founded in order to establish coal mining and timber industries. To this day, there are still plenty of remnants of these historic mines, particularly around the Nuttallburg Coal Mining Complex.

In fact, the Nuttallburg Coal Mining Complex, which was founded by English-born John Nuttal in the mid-19th century, was a major economic driver in the region for years after his death. During the height of the coal mining era in the gorge, the mines sustained towns of hundreds and thousands of workers, all of which are now abandoned.

With the construction of the railroad in the late 19th century, the New River Gorge became even more important as a source of economic prosperity. These railroads, which are still in use today, helped convert the region from a predominately agricultural one into a major coal mining area.

Moreover, the Chesapeake and Ohio railroads were built by the efforts of 2 primary groups of people - recently freed Black American slaves and Irish Catholic immigrants - who hand-drilled, blasted, and graded the rail tracks to carve a path through the mountains.

As a result of these efforts, the region experienced a fairly lengthy era of economic prosperity, though the economy plummeted substantially after the close of many of the local mines by the mid-20th century.

By this time, the New River Gorge had become a point of interest for conservationists who hoped to protect its scenic beauty and cultural importance. After some intense lobbying, the river was formally protected as the New River Gorge National River in 1978.

In 2019, bipartisan members of Congress also sought to redesignate the river as a National Park and Preserve, which would offer the region increased protection and bring increased tourism revenue to the region, but would still allow hunting and fishing, which are popular pastimes among locals. This would make the New River Gorge the first National Park and Preserve combination in the contiguous United States as the 6 other park/preserves are all located in Alaska.

These days, the New River Gorge National River remains one of the most popular outdoor recreation destinations in the state of West Virginia and in the surrounding region. The river is famous for its whitewater rafting, particularly from Cunard to Fayette Station. Additionally, the gorge is home to well over 1,000 rock climbing routes and it is a world-class climbing destination.

The New River Gorge National River is a treasure trove of outdoor adventure. Visitors to the park can enjoy rafting, climbing, fishing, and hunting, as well as plenty of hiking opportunities. Here are some of the best hiking trails to check out:

Located near Fayetteville, the Endless Wall Trail is a 2.4 mile (3.9km) out and back trail that takes you on an adventure through the gorge’s dense forests. It eventually pops out at Diamond Point, which is a fantastic place to get views of the New River Gorge below.

Short but sweet, the Long Point Trail is just 1.6 miles (2.6km) long, which makes it perfect for a quick day hike in the park. The trail is relatively mild, though there are a few steep sections. At the end, you can enjoy some great vistas of the gorge and of the New River Gorge Bridge from Long Point.

Mixing a bit of history with some natural beauty, the Kaymoor Miner’s Trail is a 1.6 mile (2.6km) long path that allows you to visit the old Kaymoor Mine. This fairly steep trail also takes you to see a beautiful waterfall, which is a great place to hang out and look for birds in the summer months.

Here are some of the best places to stay before or after your visit to the New River Gorge National River:

The capital and largest city in West Virginia, Charleston is a hub of commerce and activity in the state. It is home to about 46,000 residents, which places it among the smallest capital cities in the country. Charleston is well connected by road and train, and it has the busiest airport in the state.

Located just to the west of the New River Gorge National River, the city of Beckley is home to about 16,000 residents. It is the cultural and commercial hub of Raleigh County and the rest of the south-central West Virginia region, which makes it a great starting point for your adventures into the park.

The city is located along I-64 and I-77 and it has Amtrak service to Prince, West Virginia, as well as a small airport with service to Charlotte, North Carolina, and Parkersburg, West Virginia. 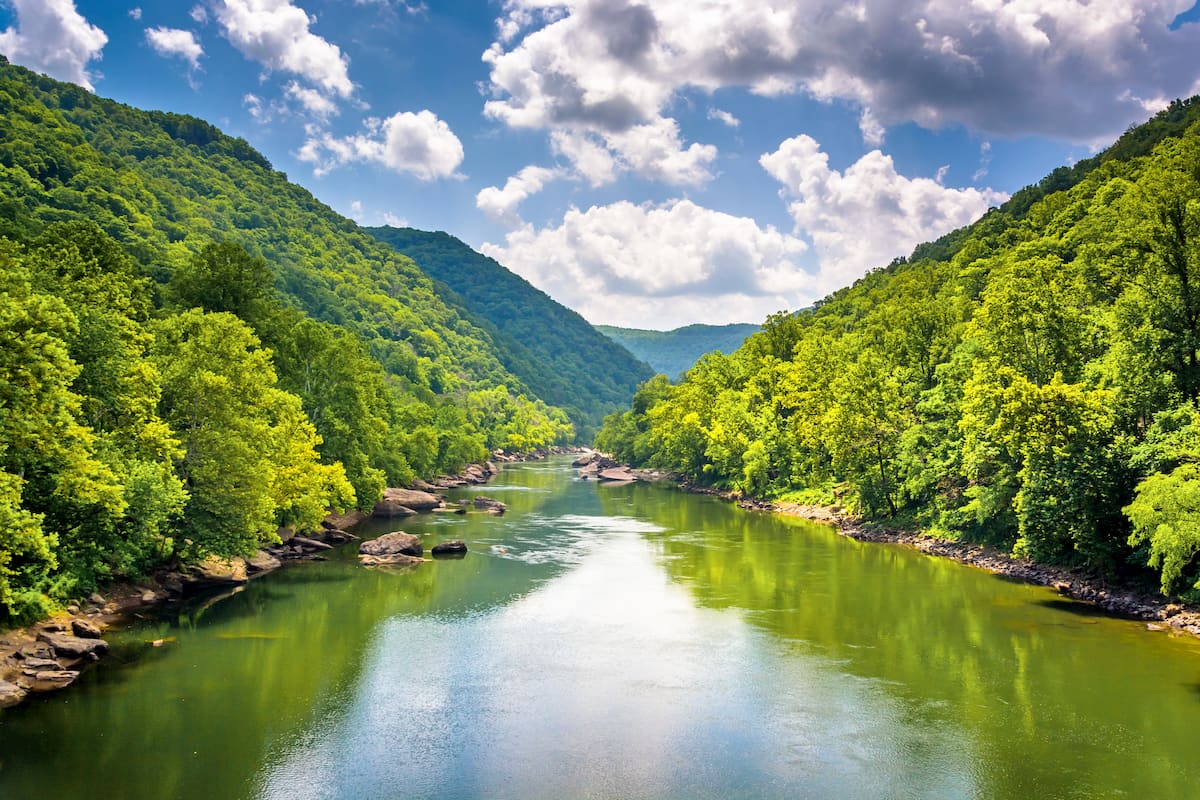 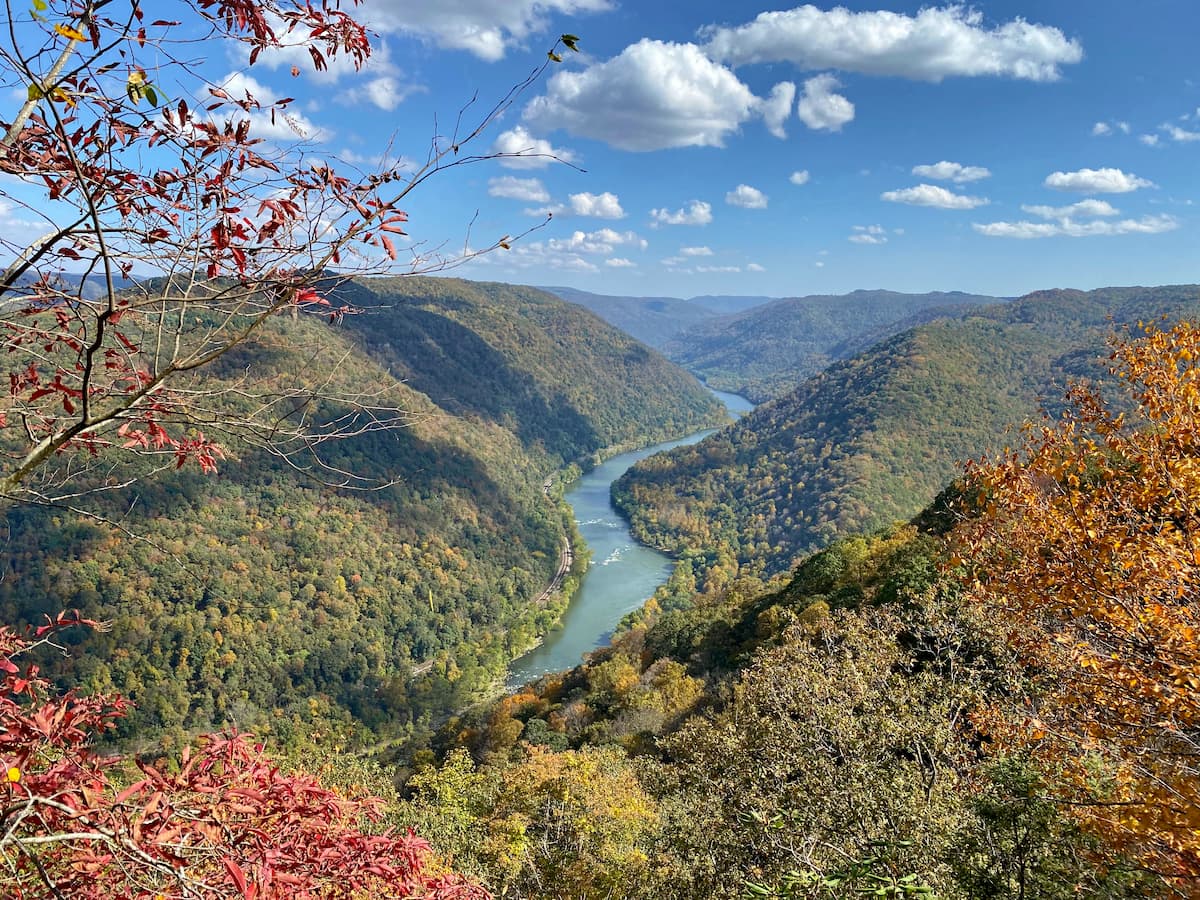 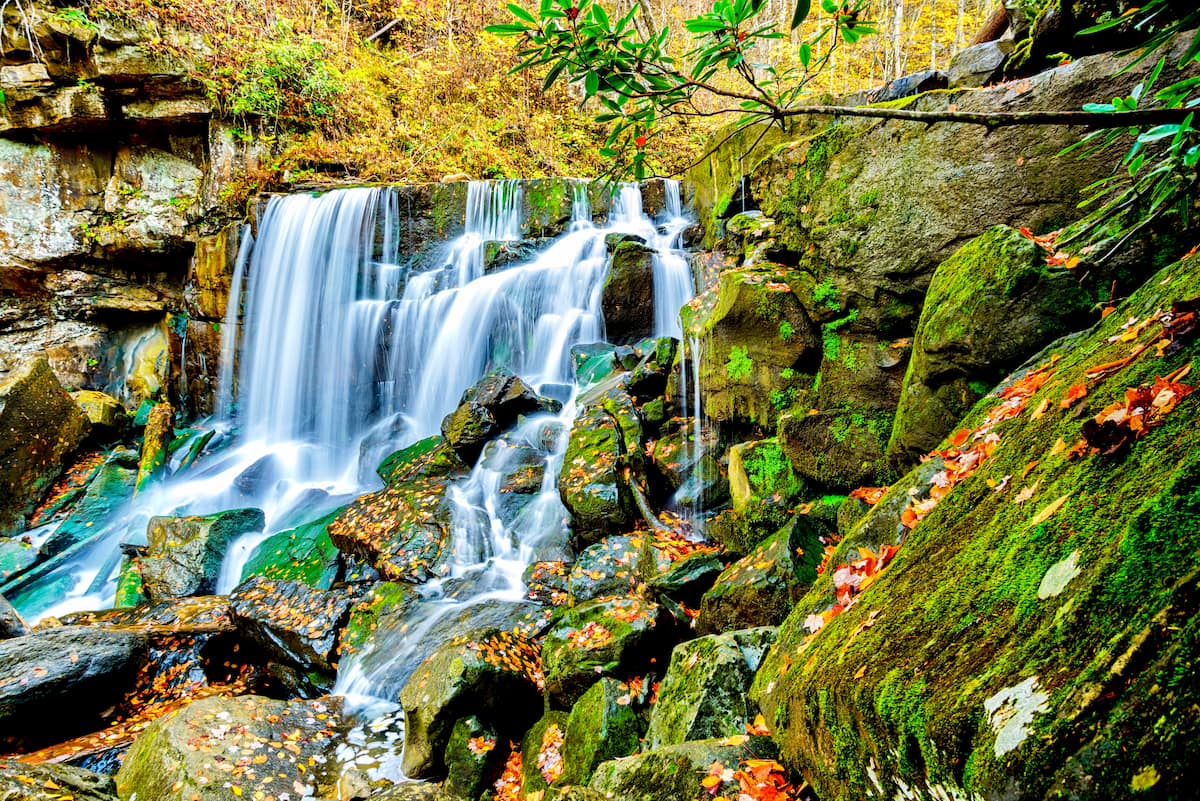 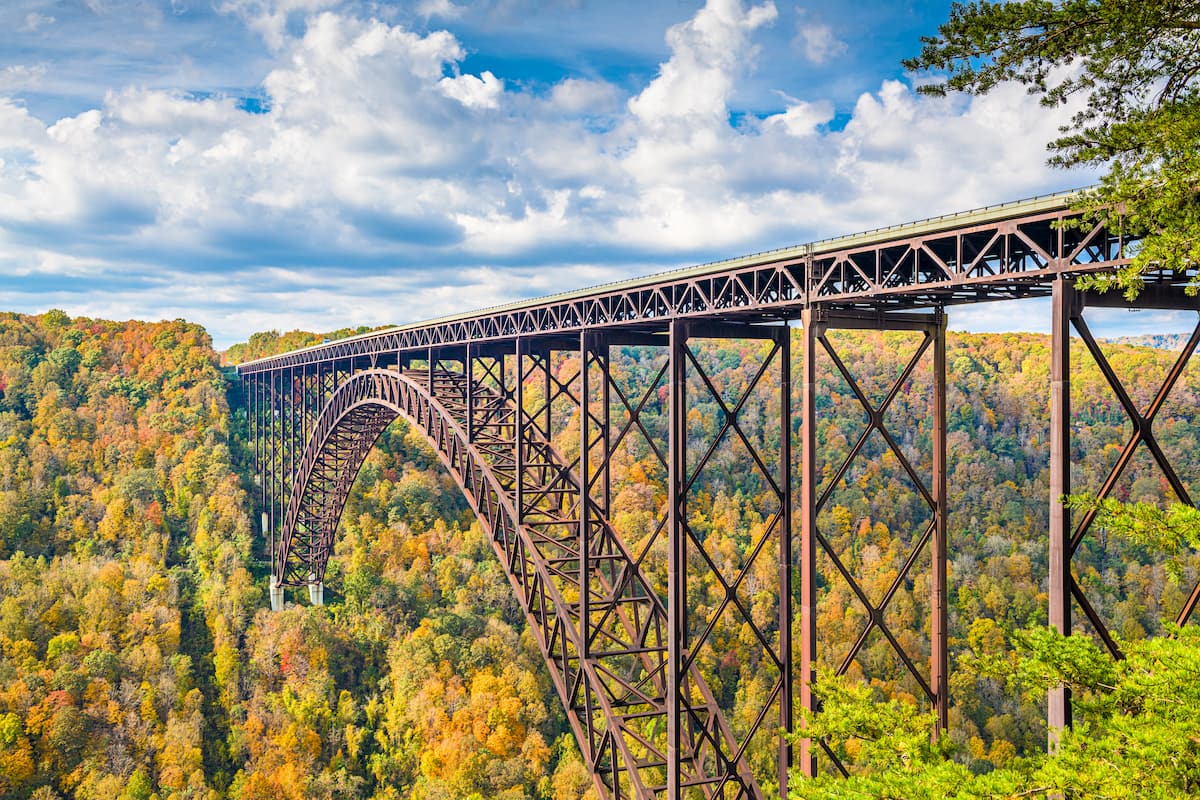 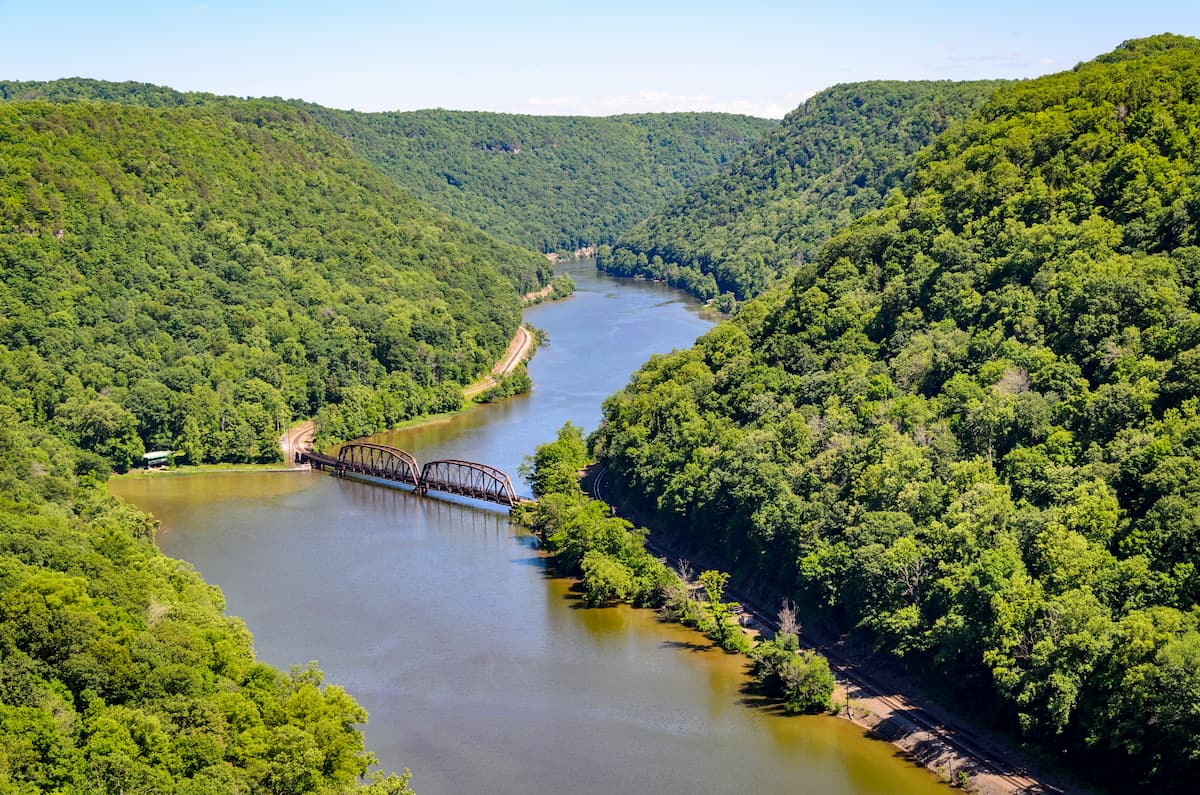 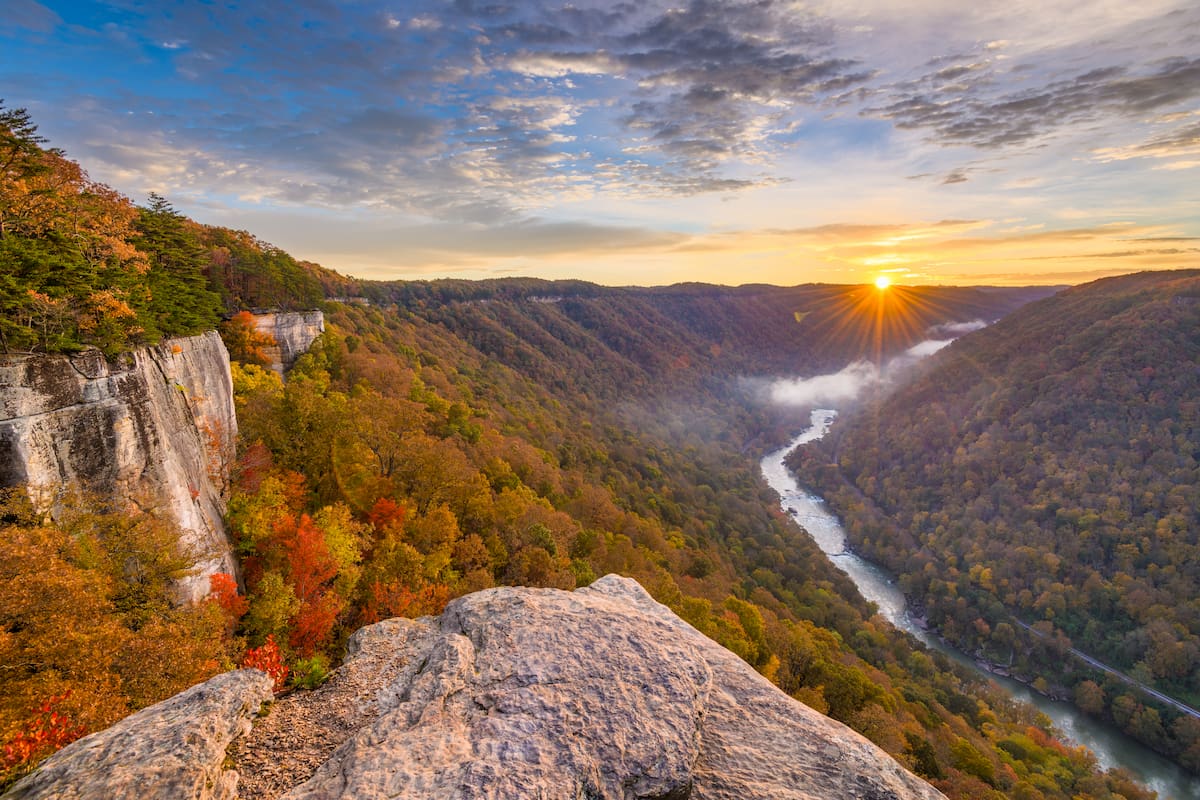 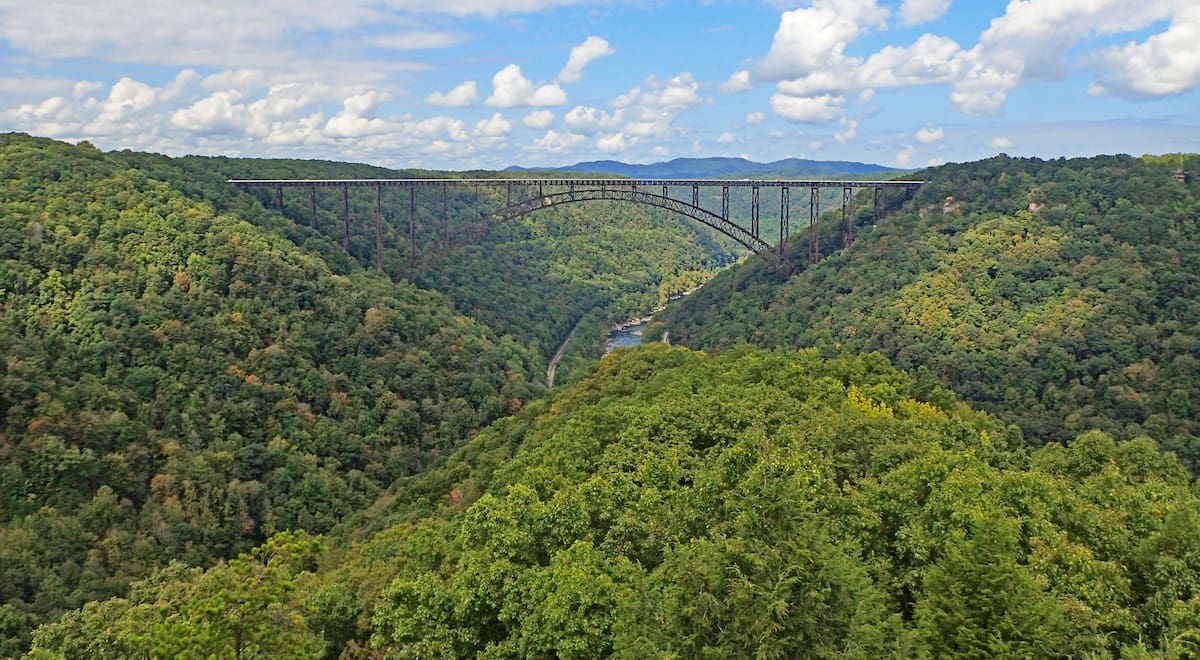