Noted for their thick forests, rounded summits, and rugged terrain, the Allegheny Mountains, or the “Alleghenies,” as they’re locally known, are a mountain range in the eastern portion of the United States. The range is home to 663 named mountains, the highest of which is Cheat Mountain (4,849ft/1,478m), and the most prominent of which is Thorny Benchmark (4,852ft/1,479m). 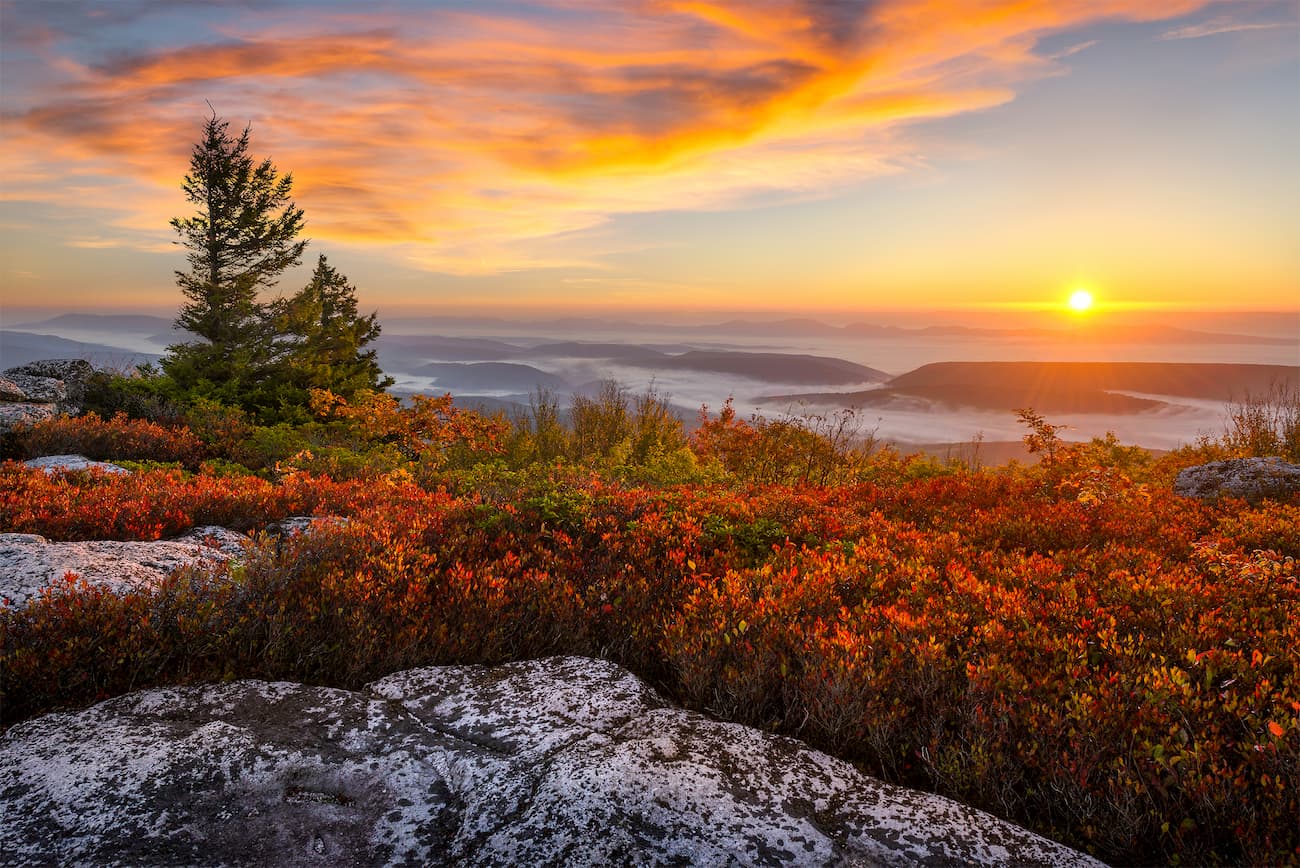 The Allegheny Mountains are a subsection of the greater Appalachian Mountains, which stretch from the northern part of the US state of Georgia to the Canadian province of Newfoundland and Labrador. However, “Allegheny Mountains” specifically refers to the Appalachian peaks within central Pennsylvania, western Maryland, West Virginia, and southwestern Virginia.

The range is about 400 miles (640km) long and 100 miles (160km) wide, oriented in a northeast to southwest direction. It is bordered to the northeast by the mountains of Reading Prong.

The Allegheny Mountains are also included as part of one of the Appalachian Plateau’s “sub-plateaus” - the Allegheny Plateau. This sub-plateau extends further north, past Allegheny National Forest, into the southwestern region of New York State around Allegany State Park and the rest of the Fingerlakes Region.

The Allegheny Mountains are part of the Appalachian Mountains, which date back more than 480 million years and were created over a series of successive mountain-building events.

Within the Alleghenies, the predominant bedrock is sandstone with some outcroppings of quartzite. There are also some large sections of conglomerate, particularly around the Dolly Sods Wilderness.

Additionally, the mountains are naturally rich in anthracite and bituminous coal. These large deposits spurred the creation of a massive coal industry that persists to this day. Much of this mining has been done through the process of mountaintop removal, which has had a major impact on local ecosystems and watersheds.

The Allegheny Mountains are home to a diverse array of flora and fauna. At higher elevations, the Alleghenies are dominated by dense forests of balsam fir, mountain ash, and red spruce, which are trees that are normally found at much more northerly latitudes.

At lower elevations, the region is home to significant patches of hardwood forests, with trees such as black cherry, red maple, yellow birch, and sugar maple. There are also stands of pine, hickory, eastern hemlock, and American beech.

However, very little of the region contains to virgin old-growth forest, as nearly all of the original trees were harvested during the 19th and 20th centuries. Indeed, much of the current forest cover is actually second- or third-growth.

In some high-elevation regions of the Alleghenies, there are isolated sections of both heath shrubs and sphagnum bogs. Normally, these ecosystems are found near sea-level in Atlantic Canada and in other more northerly locales, but the unique weather patterns of the region have created the perfect conditions for these plants to thrive.

As far as wildlife goes, the Alleghenies were once home to large mammals, such as bison, mountain lion, and elk. However, they were all exterminated during the 1800s and, with the exception of the mountain lion (in small numbers) they are not currently found in the eastern United States.

There are still plenty of animals to see in the Alleghenies, though, including possums, weasels, chipmunks, whitetail deer, grey and red foxes, coyotes, wild boar, bobcats, and black bears. Additionally, the mountains are home to over 20 species of reptiles and over 24 families of fish. Songbirds (passerines) are also abundant in the region, while ospreys, eagles, hawks, and owls are commonly spotted birds of prey.

The Allegheny Mountains and the surrounding foothills have been home to humans for thousands of years. The people of the Monongahela culture lived throughout the southern part of the range for at least a few hundred years before the arrival of European settlers but seemed to have died out quickly, either through the spread of introduced diseases or through warfare with other groups.

Other prominent groups in the region included the Lenape, Haudenosaunee (Iroquois), Monetons, Shawnee, Cherokee, and Catawba, among countless others. The first permanent European settlers are believed to have arrived in the 1700s, as they crossed the Susquehanna River and headed further into the mountains.

After the completion of Braddock Road - a military trail - in the 1750s, the number of settlers that started to cross the Alleghenies for life further to the west increased drastically. In fact, there was a massive migration from eastern towns, across the mountains by Scottish, Irish, German, and British immigrants in the late 18th century, thanks to routes like Braddock Road. When the construction of the Cumberland Road was completed in 1837, as well as the B&O Railroad in the 1830s, it was even easier for settlers to cross this rugged landscape.

Due to the range’s location along the border of the Union and the Confederacy, it was the sight of a number of major battles and smaller skirmishes during the Civil War. During the Battle of Rich Mountain in 1861, the Union Army actually fortified at Cheat Mountain. Eventually, Confederate General Stonewall Jackson’s Shenandoah Valley Campaign brought the major battles further to the east as the difficult terrain of the Alleghenies made fighting difficult.

In the aftermath of the Civil War, and as a result of the further development of local railroad networks, a number of new coal mining and logging towns sprung up in the Alleghenies. This helped create a small economy in the region, but most of the major capital flowed to wealthy business owners that lived on the Eastern Seaboard.

Eventually, this practice of absent business owners that lived far away from Appalachia created a massive amount of financial inequality in the region, which persists to this day. Environmental degradation also remains a concern in the region, as a result of extensive mountaintop removal mining practices.

Here are some of the main hiking areas in the Allegheny Mountains:

George Washington National Forest and Jefferson National Forest are located in eastern West Virginia and the westernmost section of Virginia. Although they are considered separate national forests, they are managed under a combined land management plan with headquarters in Roanoke, Virginia as of 1995.

George Washington National Forest was established in 1918 and was formerly known as “Shenandoah National Forest,” however it was renamed in 1932. The forest contains 329 named mountains, the highest of which is Paddy Knob and the most prominent of which is Lead-off Ridge.

Jefferson National Forest was created in 1936 as a result of the joining of other smaller forests. It is home to 323 named mountains, the highest of which is Mount Rogers, and the most prominent of which is Apple Orchard Mountain.

Combined, the two forests represent one of the largest tracts of public land east of the Mississippi. They also contain about 1,544 square miles (4,000 sq. km) of undeveloped land, of which 217 square miles (564 sq. km) is permanently protected as wilderness.

The region is known for its 360 square miles (930 sq. km) of old-growth forest, as well as its ample recreation opportunities. It contains over 2,000 miles (3,000km) of hiking trails, as well as parts of the Appalachian Trail, which traverses the combined forests.

Monongahela National Forest is located to the east of George Washington and Thomas Jefferson National Forests in West Virginia. It contains 190 named mountains, the highest and most prominent of which is Thorny Benchmark.

The national forest protects over 1440 square miles (3,730 sq. km) of land and was established in 1911 in the hopes of protecting local watersheds and natural resources. It is a particularly good place for outdoor recreation, as the forest contains over 825 miles (1,327km) of established trails, in addition to eight wilderness areas.

Interestingly, Monongahela National Forest is home to the only true “peak” in the eastern United States - Seneca Rocks - whose summit is inaccessible except through technical rock climbing. The peak is a popular climbing destination among budding mountaineers and is easily visible from the road for non-climbers to marvel at.

The Dolly Sods Wilderness is located within Monongahela National Forest and is home to some of the most unique landscapes in the region. It contains 3 named mountains, the highest and most prominent of which is Blackbird Knob.

The Sods, as it’s known, is dominated by a high-altitude-esque plateau with stunted trees, heath, sphagnum bogs, and large rocky outcrops. It was logged extensively in the 19th century, as it was believed to have some of the best hemlock, spruce, and black cherry forests on Earth, with some trees as wide as 12 feet (3.7m) in diameter.

These days, the region is permanently protected wilderness and is home to some 47 miles (76km) of hiking trails. The Lion’s Head Rock trail is particularly popular because it offers great views of the entire Wilderness.

Here are some of the best places to stay before or after your trip into the Allegheny Mountains:

Washington, D.C. is the capital of the United States of America and is located between Maryland and Virginia, but it isn’t part of either state. Instead, “D.C.” is a federal district under the jurisdiction of the U.S. Congress. It has a population of over 700,000 people, which makes it the 20th most populous city in the country.

The city is well connected by public transport, with train connections around the country and a number of nearby international airports. D.C. is well-known for its high levels of traffic and is serviced by I-95, which travels north to south along the Eastern Seaboard. It is located just east of the Allegheny Mountains and is a good place to start your travels into the wilderness.

Charleston is the capital city of West Virginia. It is the state’s most populous city, with an estimated 46,000 inhabitants. The city is located to the west of the Allegheny Mountains and has long had an economy that relied on coal, natural gas, and salt mining in the region.

Charleston is home to the state’s largest airport and is connected by train to other major cities along Amtrak’s Cardinal line. It is also along I-64, I-77, and I-79, which offer good access to nearby cities.

The city of Richmond is the capital of the Commonwealth of Virginia and has a population of over 200,000 people. It is located to the southeast of the Allegheny Mountains and is a major cultural and economic hub of the region.

Richmond has a major international airport, as well as good bus and train connections around the Eastern US. The city is also served by I-64 and I-95, which are some of the most heavily used highways in the state.

Pittsburgh is the second-most populous city in Pennsylvania, with over 300,000 residents. It is located in the westernmost section of the state and is a good place to start your journey if you’re interested in visiting the northernmost part of the Allegheny Mountains.

Pittsburgh is known for its many bridges (446, to be exact), thanks to its location along the confluence of three major rivers. It is connected by an intricate network of highways, train lines, and bus routes, as well as a major international airport. 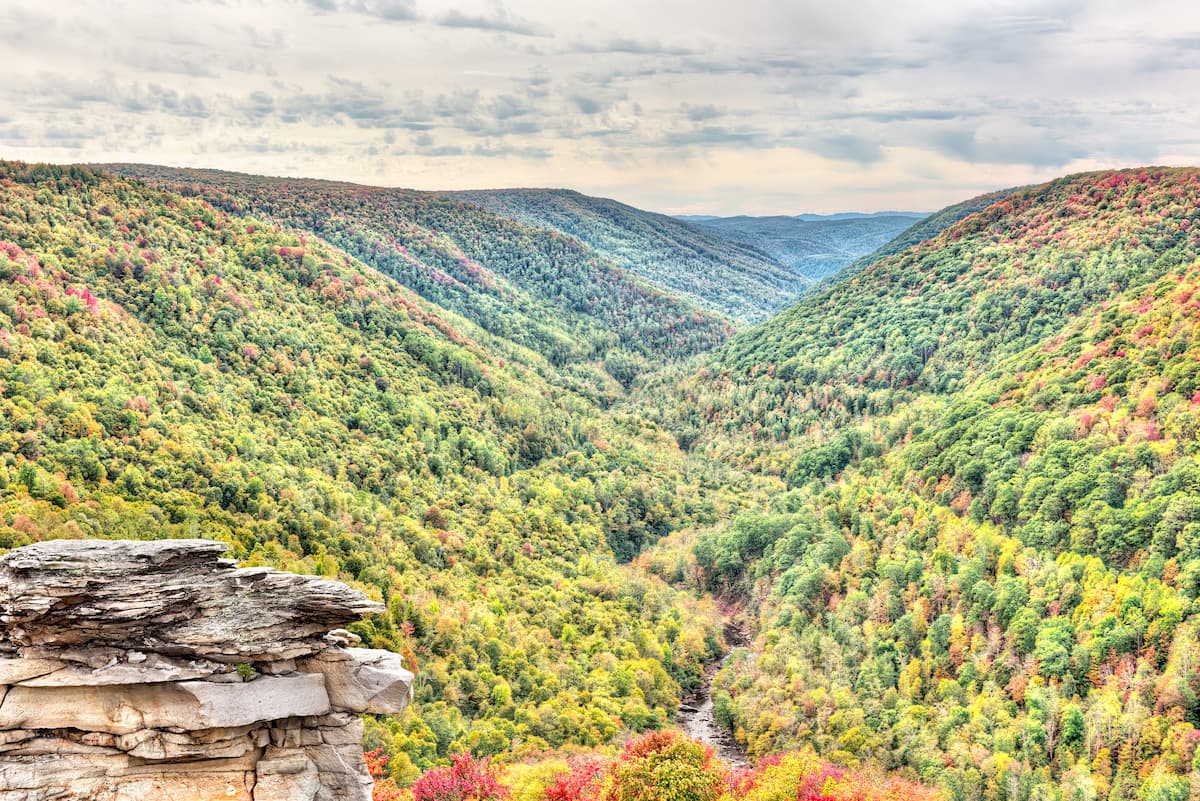 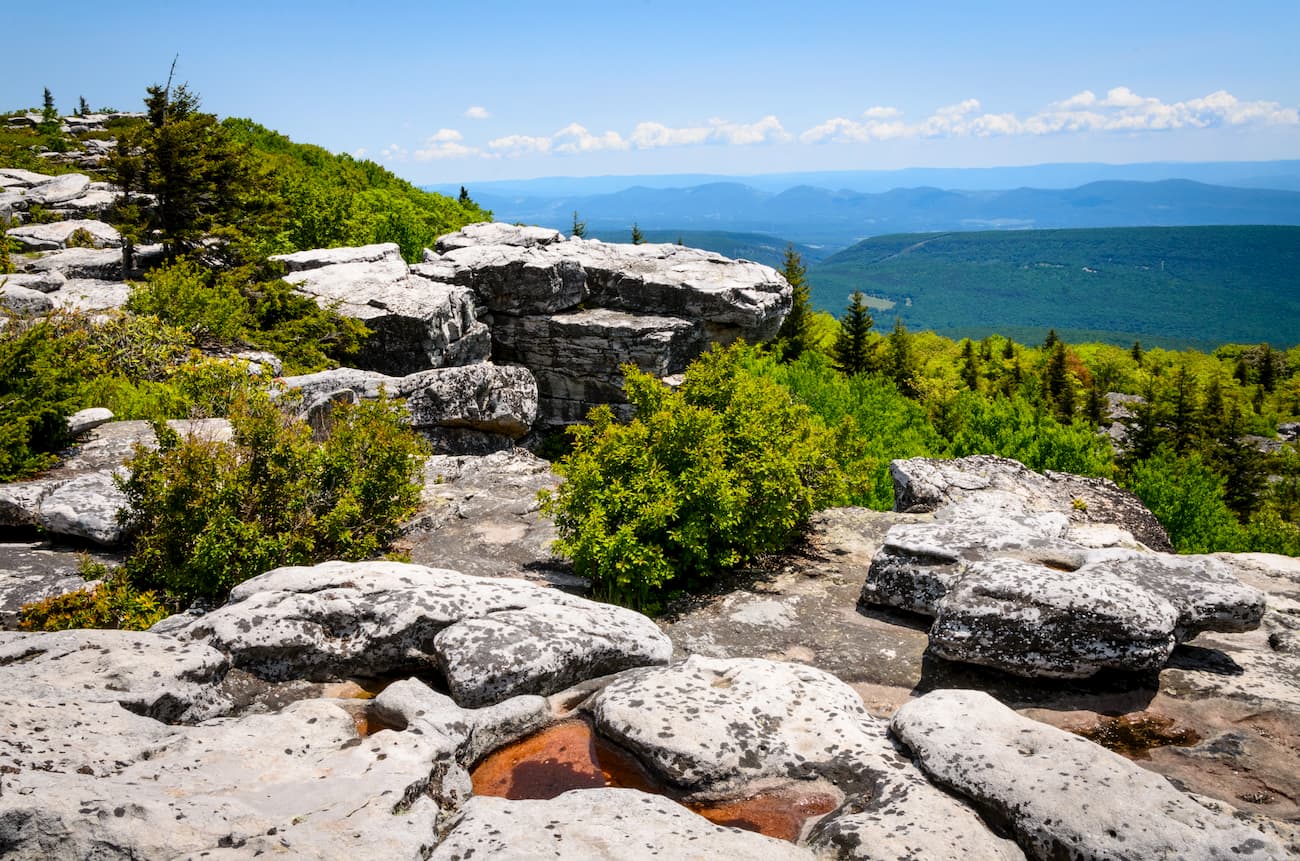 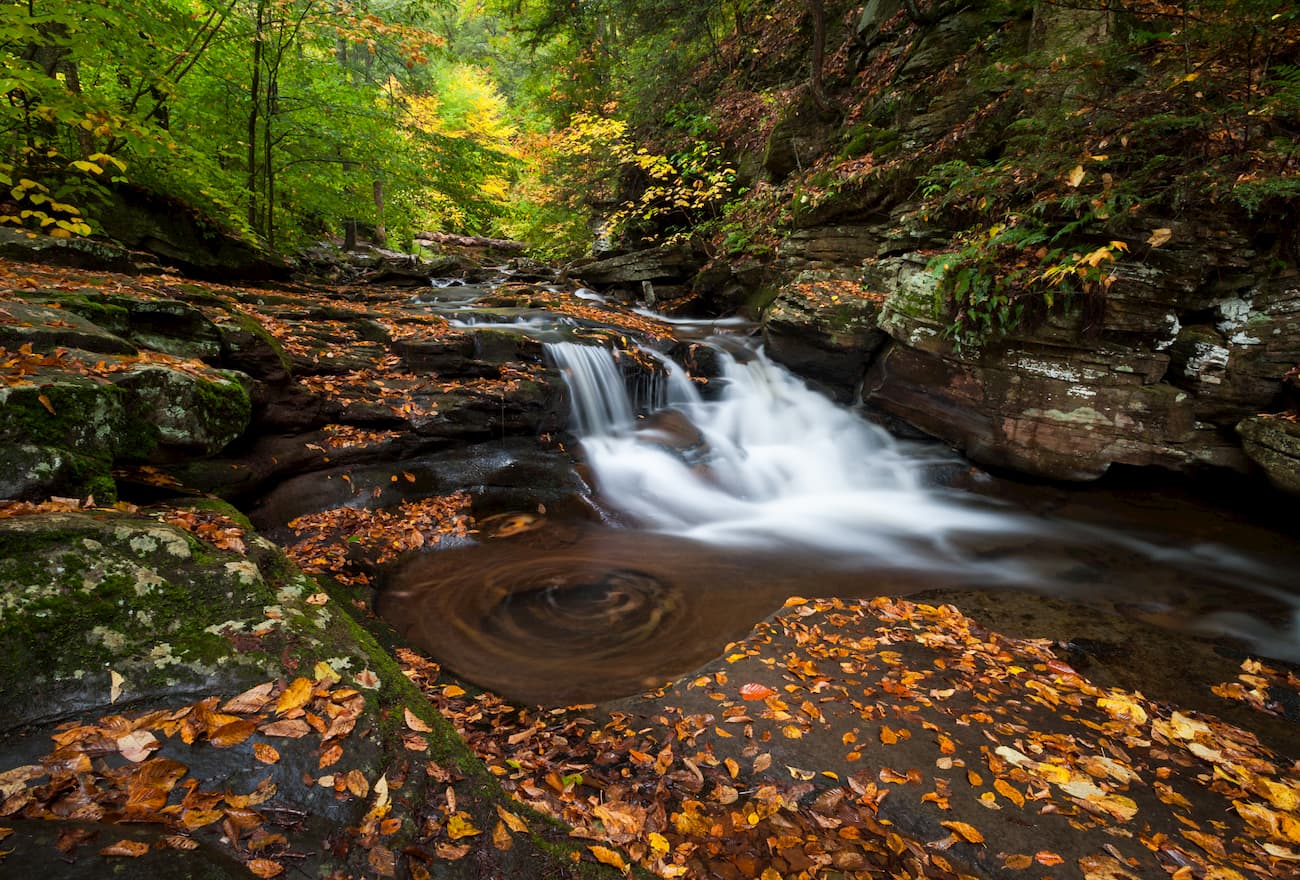 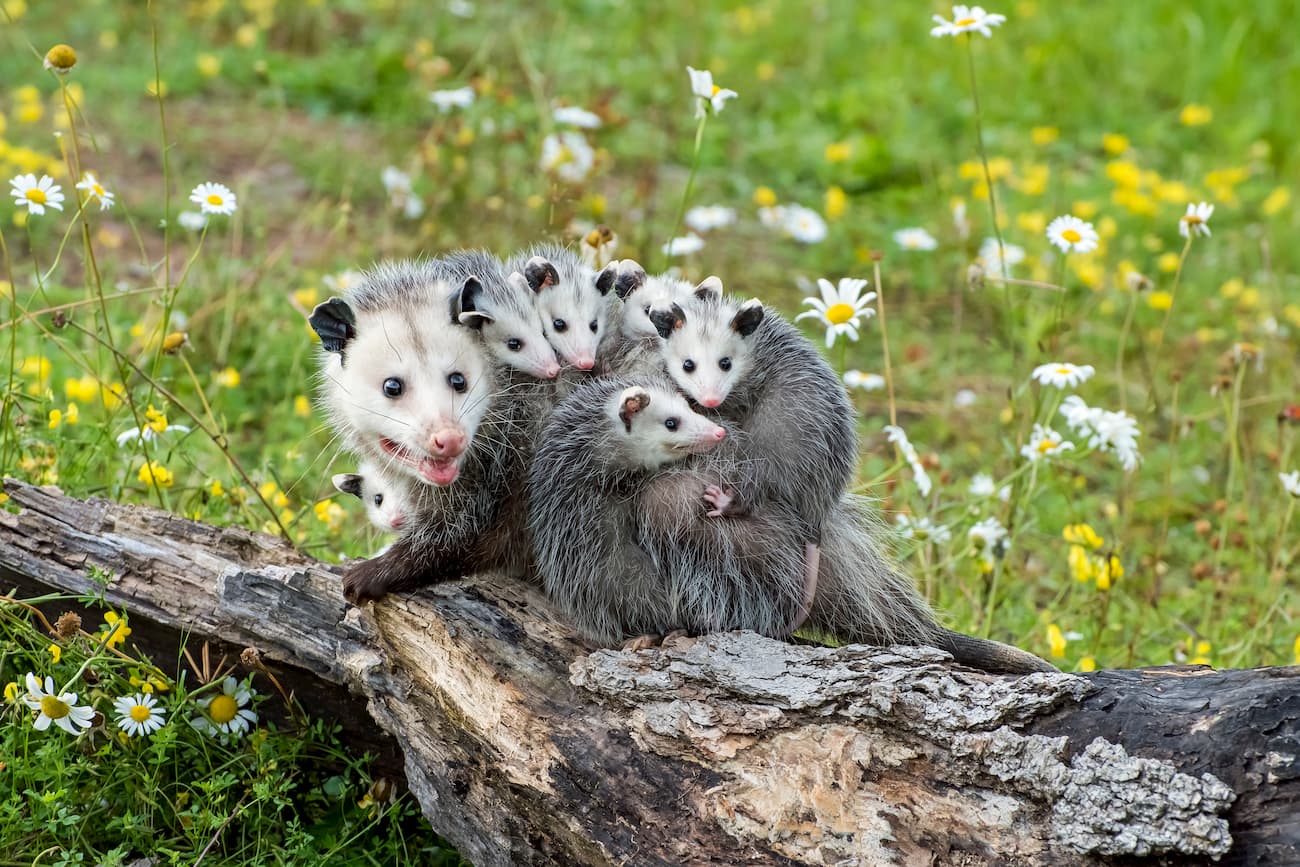 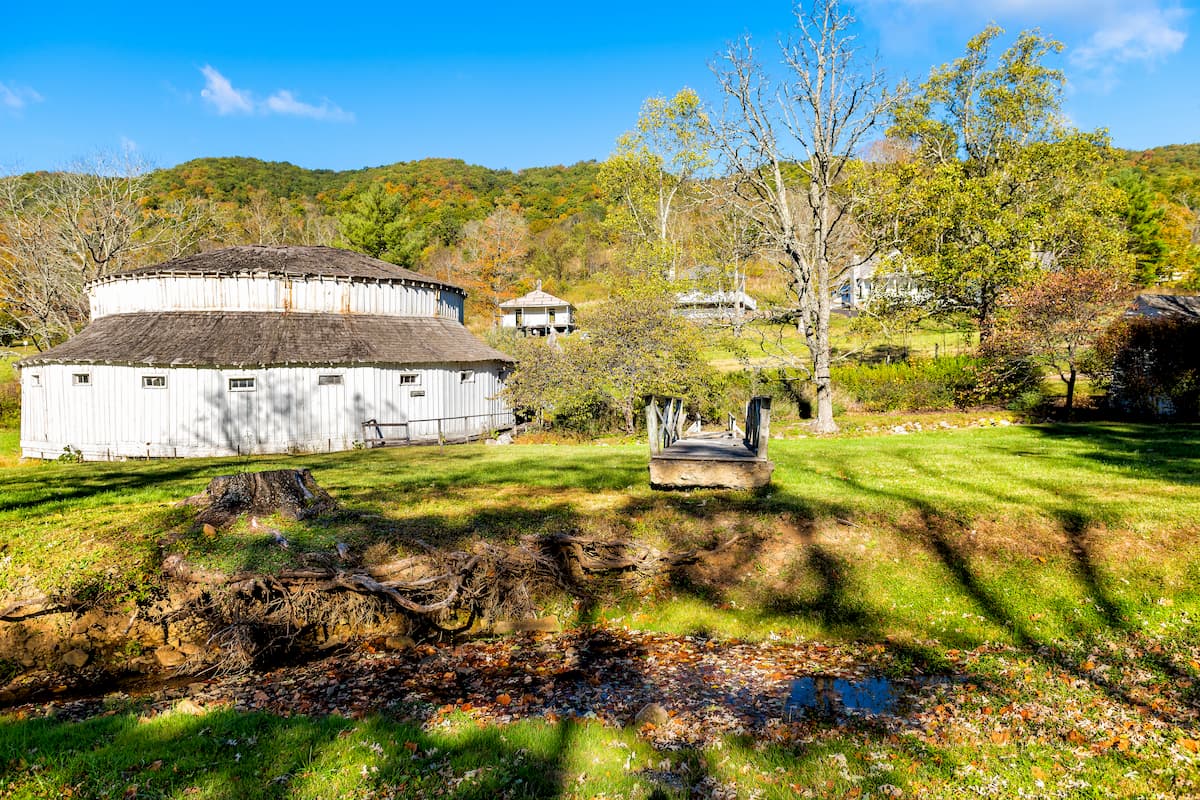 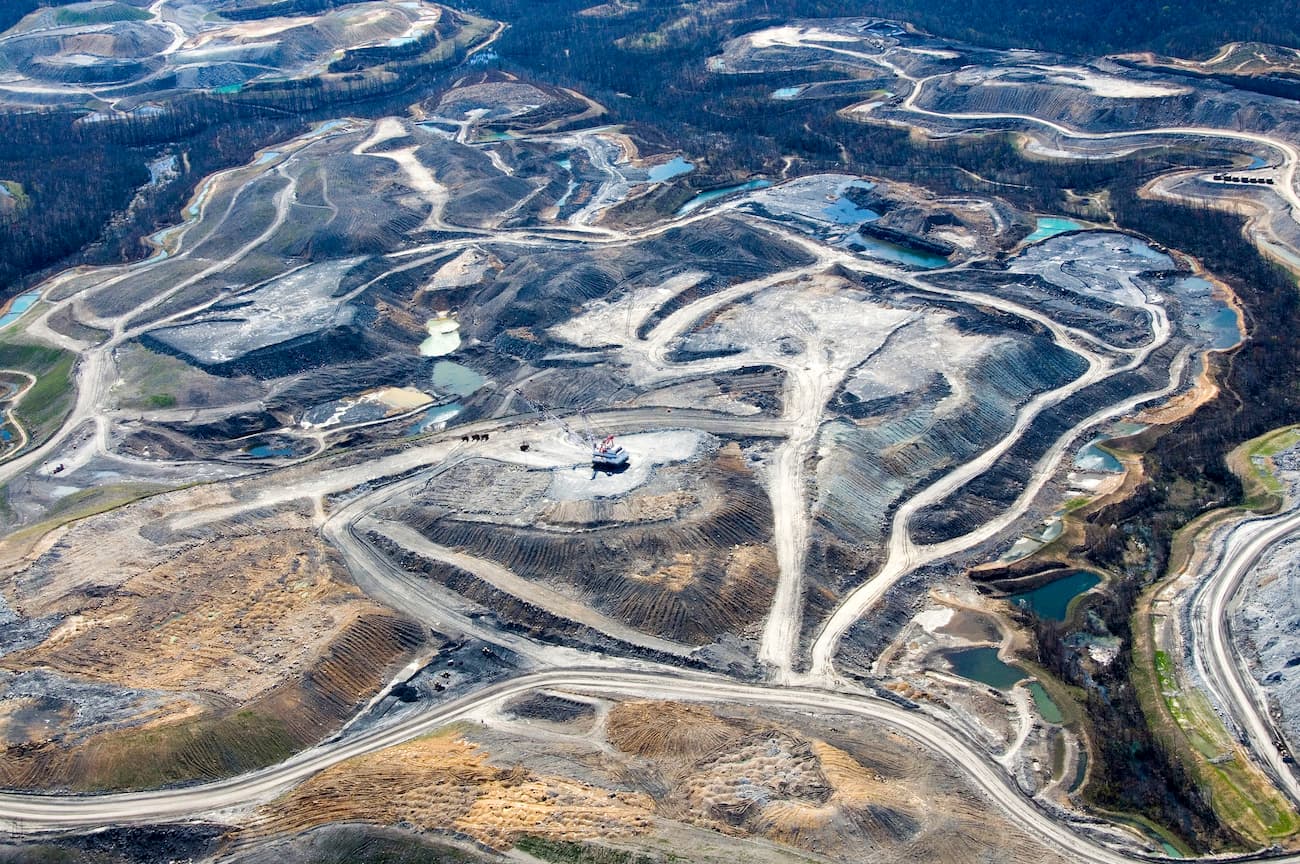