Covering large swatches of land in the US states of New York, New Jersey, Pennsylvania, Ohio, and West Virginia, the Allegheny Plateau is a collection of valleys, hills, and high points that's known for its rugged terrain. The plateau contains 1,679 named mountains, the highest of which is North Knob (2,690ft/820m), and the most prominent of which is Roundtop (2,503ft/763m). 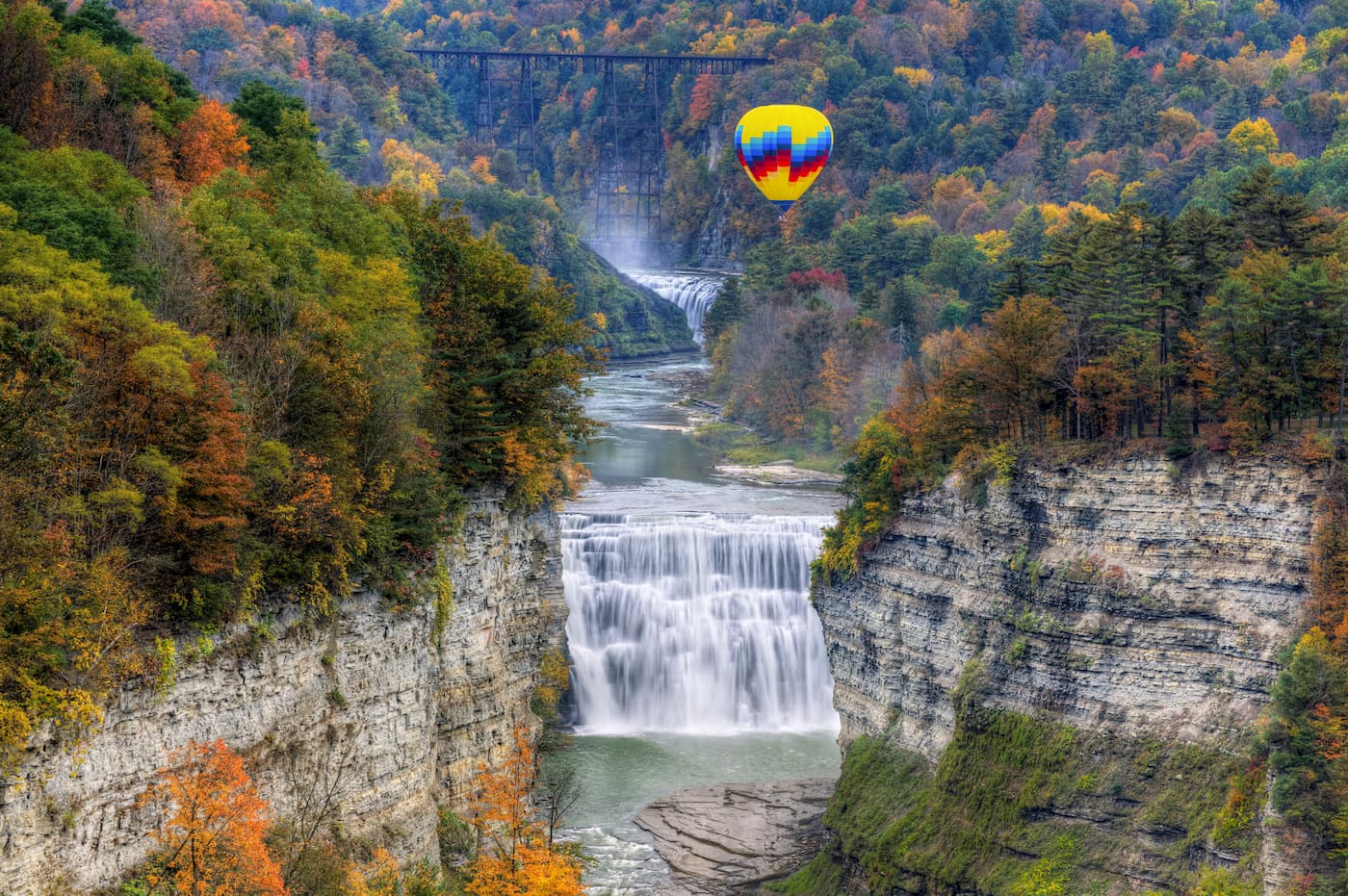 The Allegheny Plateau is a massive dissected plateau in the eastern part of the United States. It covers sections of southern New York, northwestern New Jersey, northern and western Pennsylvania, eastern Ohio, and western West Virginia.

As part of the greater Appalachian Plateaus, which are found as far south and west as Alabama, Tennessee, Virginia, and Kentucky, the Allegheny Plateau is bordered to the east by the Appalachian Ridges, the Blue Ridge Mountains, Reading Prong, and the Allegheny Mountains.

It is bordered to the west by the lower-lying areas of Ohio and by the Cumberland Plateau, which covers parts of Kentucky, Tennessee, Alabama, and Mississippi.

Meanwhile, to the north, the Allegheny Plateau is bordered by the Catskill Mountains, New York's Mohawk Valley Region, which separates them from the Adirondack Mountains, as well as Lake Erie and Lake Ontario, both of which separate the range from the province of Ontario in Canada.

New York is home to the northernmost extent of the Allegheny Plateau. Popular outdoor recreation locales in the region include:

Pennsylvania contains the majority of the central Allegheny Plateau. Indeed, much of the state's northern border is part of the plateau. Here are some of the best public lands to check out in the area.

Home to the westernmost and southernmost extents of the Allegheny Plateau, West Virginia contains a number of outdoor recreation destinations, including:

As a subsection of the Appalachian Plateaus, the Allegheny Plateau is what's known as a dissected plateau. This means that it is an elevated region that experienced a substantial amount of erosion, which, subsequently, carved out high points and hills.

In particular, the Appalachian Plateaus, which include the Allegheny Plateau, formed during the Cenozoic. During this time, the region experienced widespread uplift. This uplift then encouraged the region's rivers to continue eroding away at the landscape, forming much of the landforms that we see today.

However, the rocks in the Allegheny Plateau are substantially older. Much of the region is home to Paleozoic-age rocks of sedimentary origin. This includes various conglomerates, sandstones, and shales, as well as substantial seams of coal, particularly in the southern part of the plateau.

Covering the northernmost part of the Allegheny Plateau, the Northern Appalachian Plateau and Uplands ecoregion is found in the states of New York and Pennsylvania, along their mutual border.

This ecoregion is more of a transitional ecoregion between the mountainous Adirondack region to the north and the southern Appalachian forests. Moreover, this region has experienced widespread logging in the past, which led to large sections of clear cutting and a shift toward more agricultural land use.

Within the Northern Appalachian Plateau and Uplands ecoregion, however, there are still some stands of northern hardwood forests. Agriculture in the region, on the other hand, is predominately based on grain and dairy production.

Located just southwest of the Northern Appalachian Plateau and Uplands, the North Central Appalachian Ecoregion is almost wholly contained within Pennsylvania, though a small section of it extends into New York around Allegany State Park.

This ecoregion is more heavily forested than some of the surrounding area due to its more rugged terrain. Its climate is humid continental and has harsh winters, so it has a relatively short growing season.

Before the arrival of non-Indigenous settlers, this ecoregion was dominated by northern hardwood forests, which included American beech, eastern hemlock, Appalachian oak, yellow birch, and sugar maple. While logging was common in this region in years past, it is still one of the most heavily forested in the Appalachian Plateaus.

This ecoregion is rugged than some of the more agricultural areas to the east and it was traditionally home to mixed oak and mixed mesophytic forests. While these forests still exist at higher elevations, much of the lower lying terrain is now used for agriculture and residential developments.

Like the rest of the Appalachian Plateaus, the Allegheny Plateau region is considered the ancestral homelands to a number of different groups who have inhabited the land since time immemorial.

Many different nations lived in this region before being pushed off by non-Indigenous colonizers, including the Haudenosaunee Confederacy, the Susquehannock, the Erie, the Osage Nation, the Massawomeck, the Calicuas, the Cherokee Nation, the Shawnee Tribe, the Moneton, the Tutelo, and the Hopewell.

That being said, the ruggedness of the region to the east of the Allegheny Plateau prevented the westward movement of European colonizers for many decades after they first arrived in North America. Indeed, it wasn't until European-Americans “discovered” the Cumberland Gap (it had been known to Indigenous peoples in the region for millenia), that they were able to get past the crest of the Appalachians to settle in the Allegheny Plateau region.

This eventually led to the settlement of the region by European-Americans and the establishment of an economy that was, and continues to be dominated by agriculture, logging, and coal mining.

Within the Allegheny Plateau, there are a number of popular hiking destinations. Here are some nice places to visit during your next trip to the region:

Situated just to the north of New York's border with Pennsylvania, Allegany State Park is a popular hiking destination in the western part of the state. It contains 9 named mountains, the highest of which is Mount Irvine, and the most prominent of which is Mount Tuscarora.

The park is known for its stunning natural beauty and rich cultural heritage. It is densely forested, which makes it a nice location for wildlife watching.

There are quite a few trails in the park, including some popular hikes to the summits of Mount Tuscarora and Blacksnake Mountain, as well as the Bear Caves and Mount Seneca Trail.

Located in the northwestern part of Pennsylvania, Allegheny National Forest is a large, federally-managed area that's popular amongst hikers. The forest is home to 11 named mountains, the highest of which is Cherry Hill, and the most prominent of which is Bull Hill.

Although the forest was historically covered in dense woodlands, it experienced widespread deforestation in the 18th and 19th centuries. When the forest was established in 1923, however, logging practices were put under the purview of the US Forest Service, allowing for better management of the region's resources.

These days, Allegheny National Forest is a popular outdoor recreation destination, though the forest service holds true to its mandate of “Land of Many Uses” by allowing permitted resource extraction in the region. There are over 200 miles (321km) of hiking trails in the forest as well as plenty of cross country ski trails for wintertime use.

Despite the ruggedness of the terrain, the Allegheny Plateau is located near some fairly sizable cities. Here are some of the best places to stay during your trip to the region:

The second largest city in the state of New York, the city of Buffalo is located in the western part of the state along its border with the province of Ontario in Canada. It is home to around 260,000 people, which is a far cry from New York City's 8.1 million residents, however, the Buffalo Metro Area is home to over 1.1 million inhabitants.

Buffalo is a major center for commerce in Western New York and it has the third busiest airport in the state. The city is also a major hub for cross-border travel due to its proximity to Toronto and its location on the eastern edge of the Peace Bridge, which is one of the busiest border crossings between the US and Canada.

Situated to the west of the central part of the Allegheny Plateau, Pittsburgh is the second largest city in Pennsylvania. It is known as "Steel City" due to the historic economic importance of the steel industry in the region.

The city is well connected by road to various locations in the eastern United States. It also has a major international airport that offers service to destinations around the US and abroad.

The capital and largest city in West Virginia, Charleston is home to some 46,000 residents and is located to the west of the plateau. It is home to the largest airport in the state and it offers good train and road connections to the rest of the region. 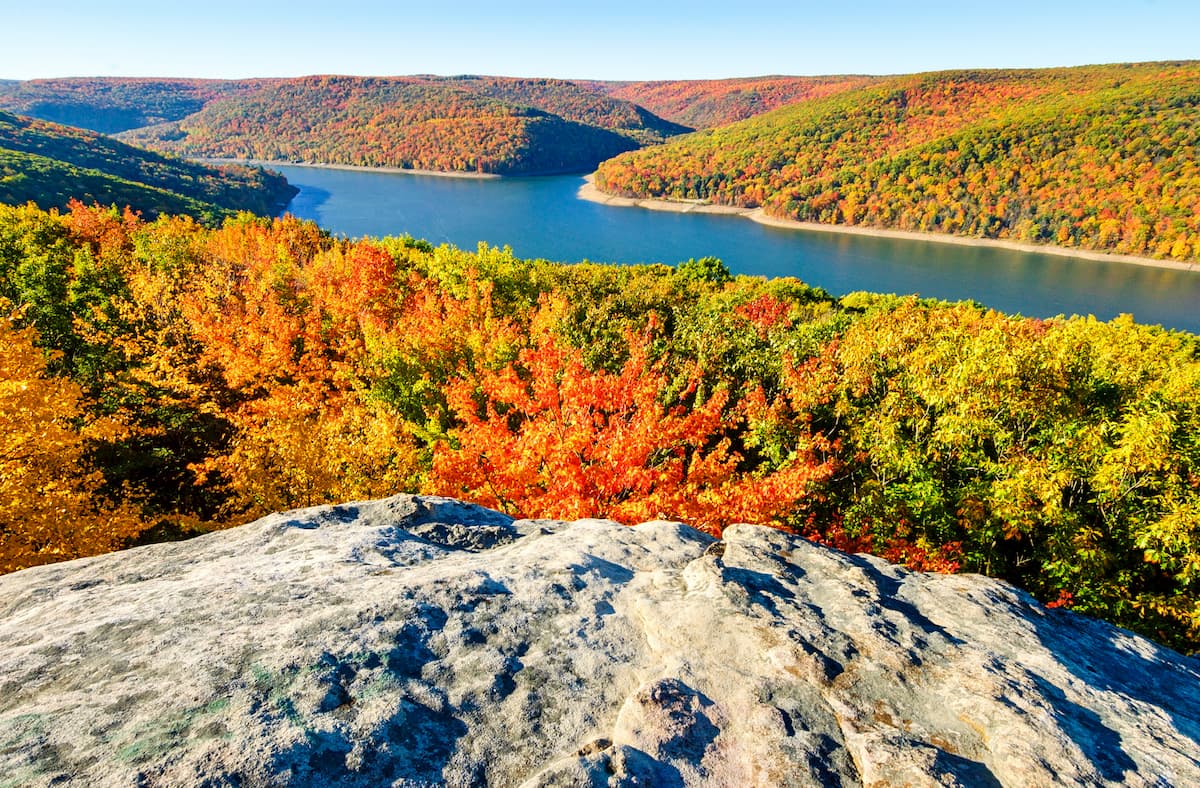 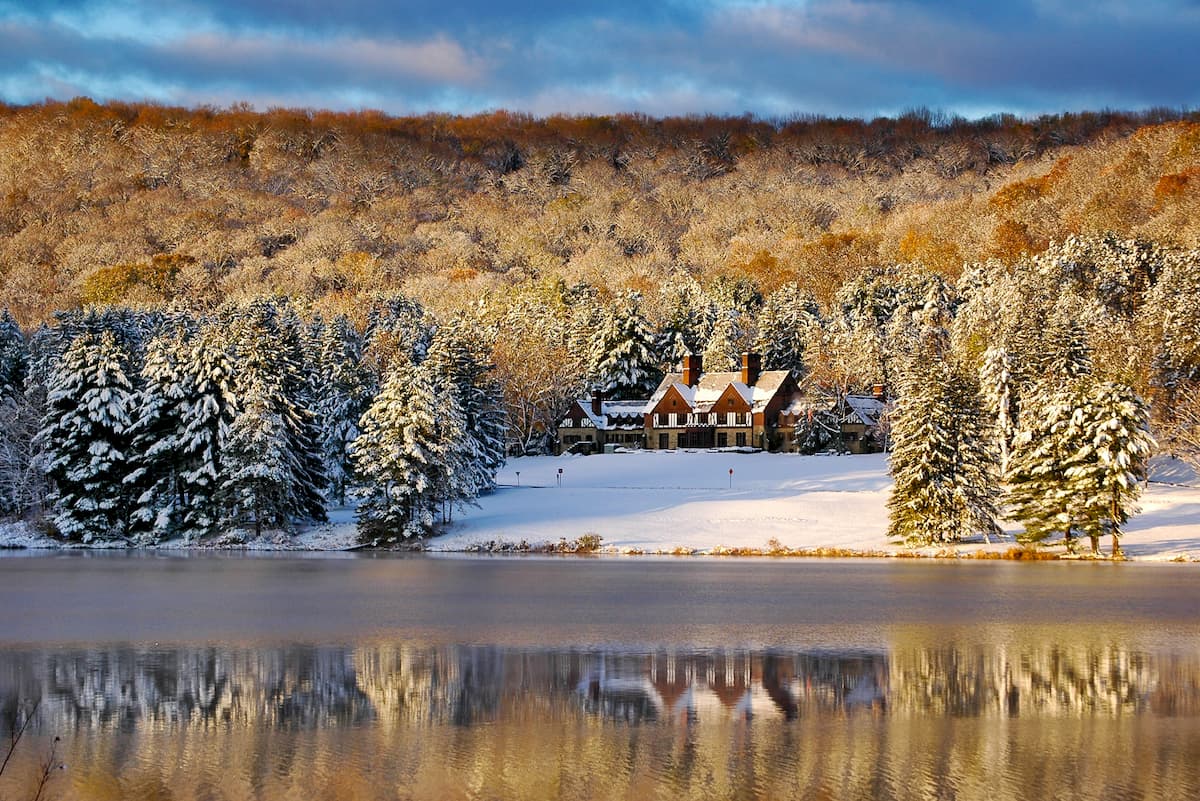 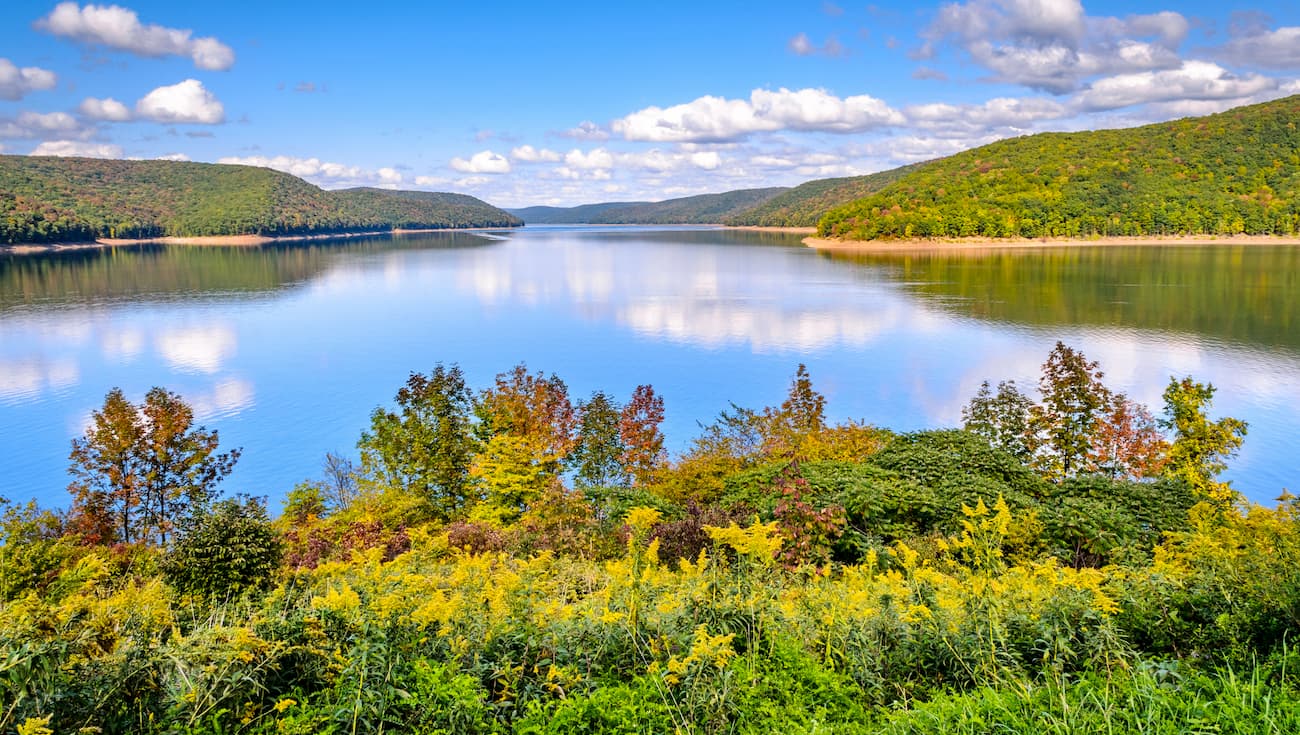 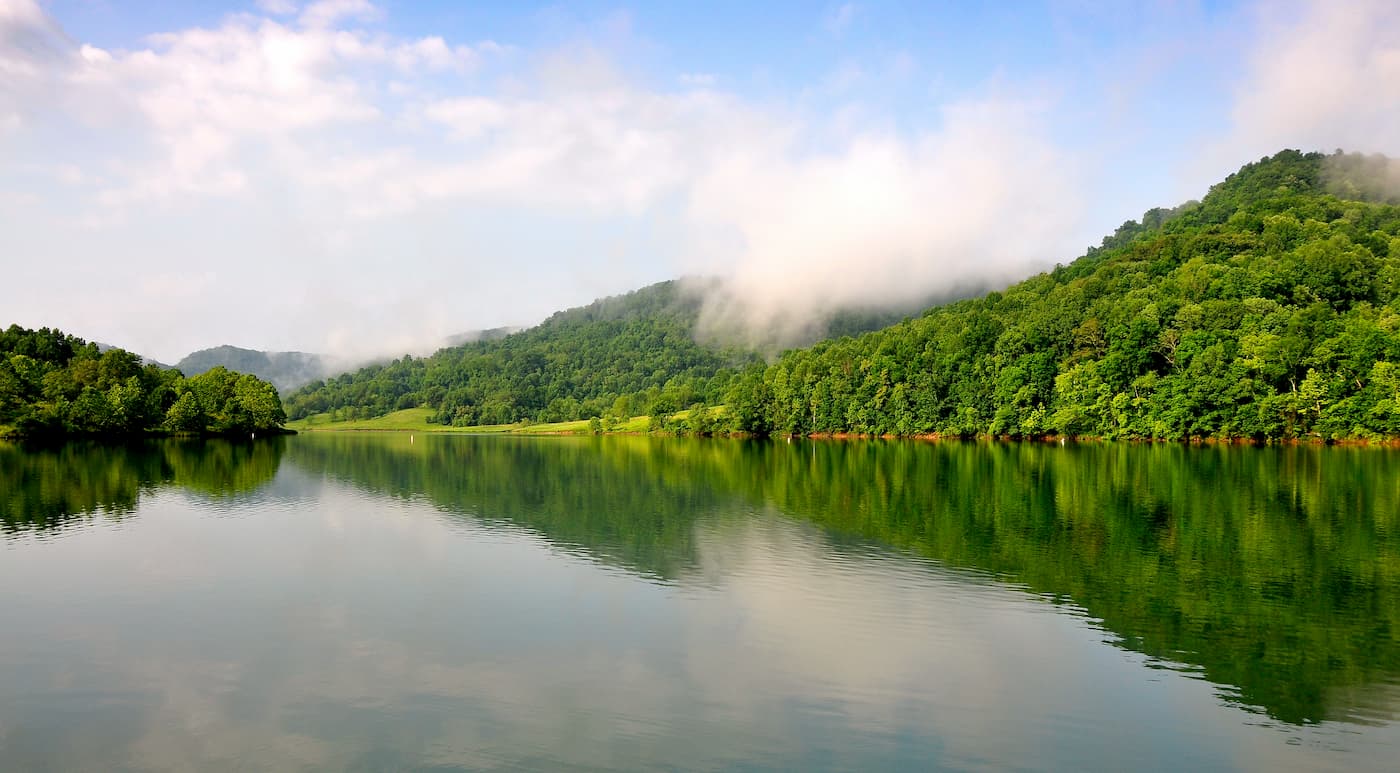 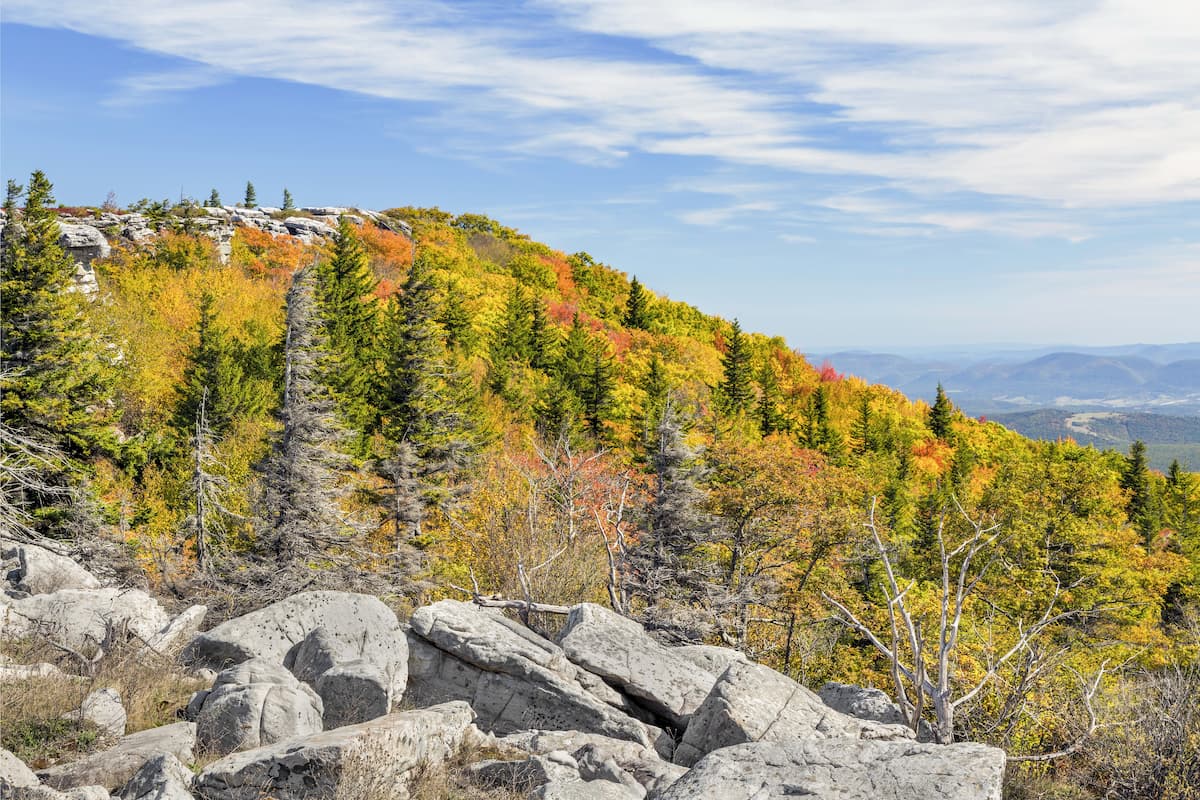 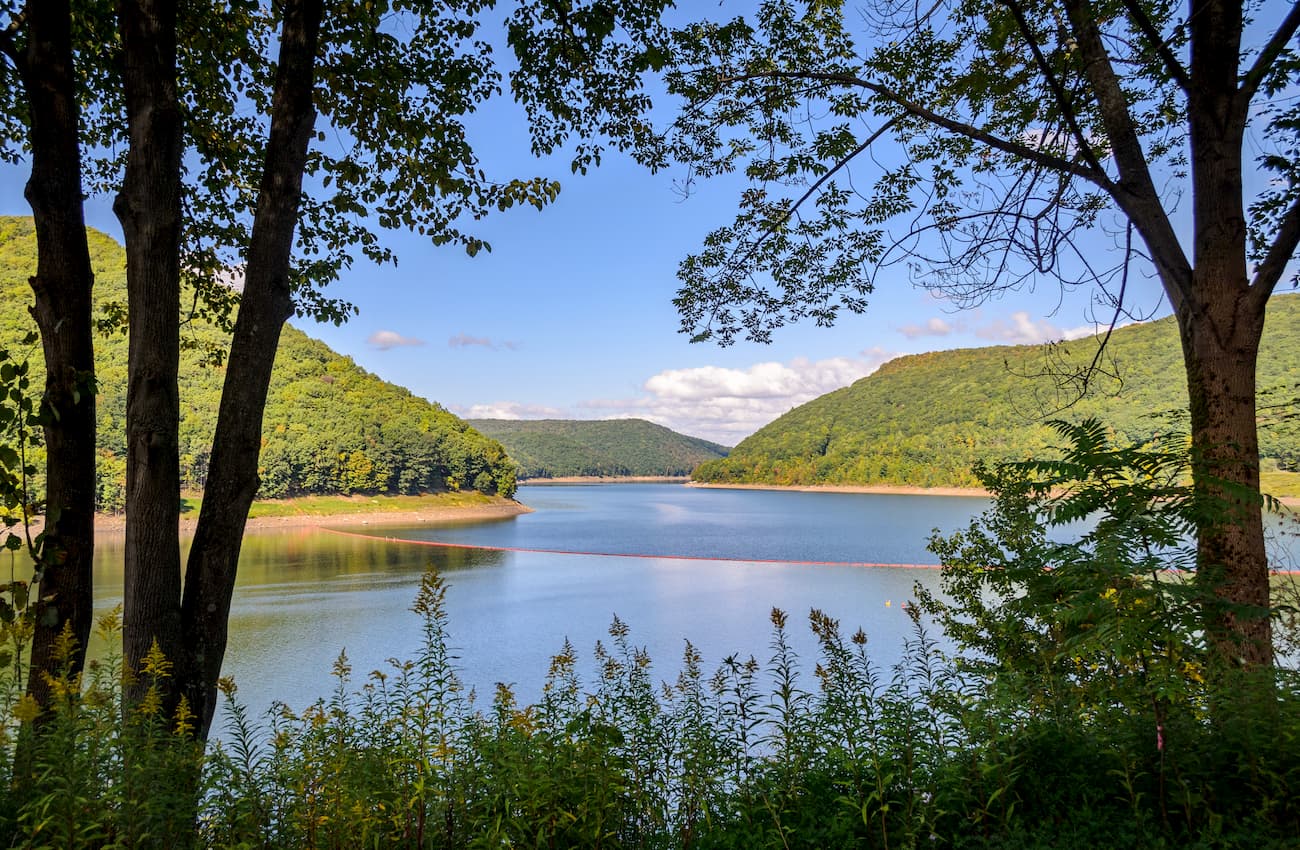 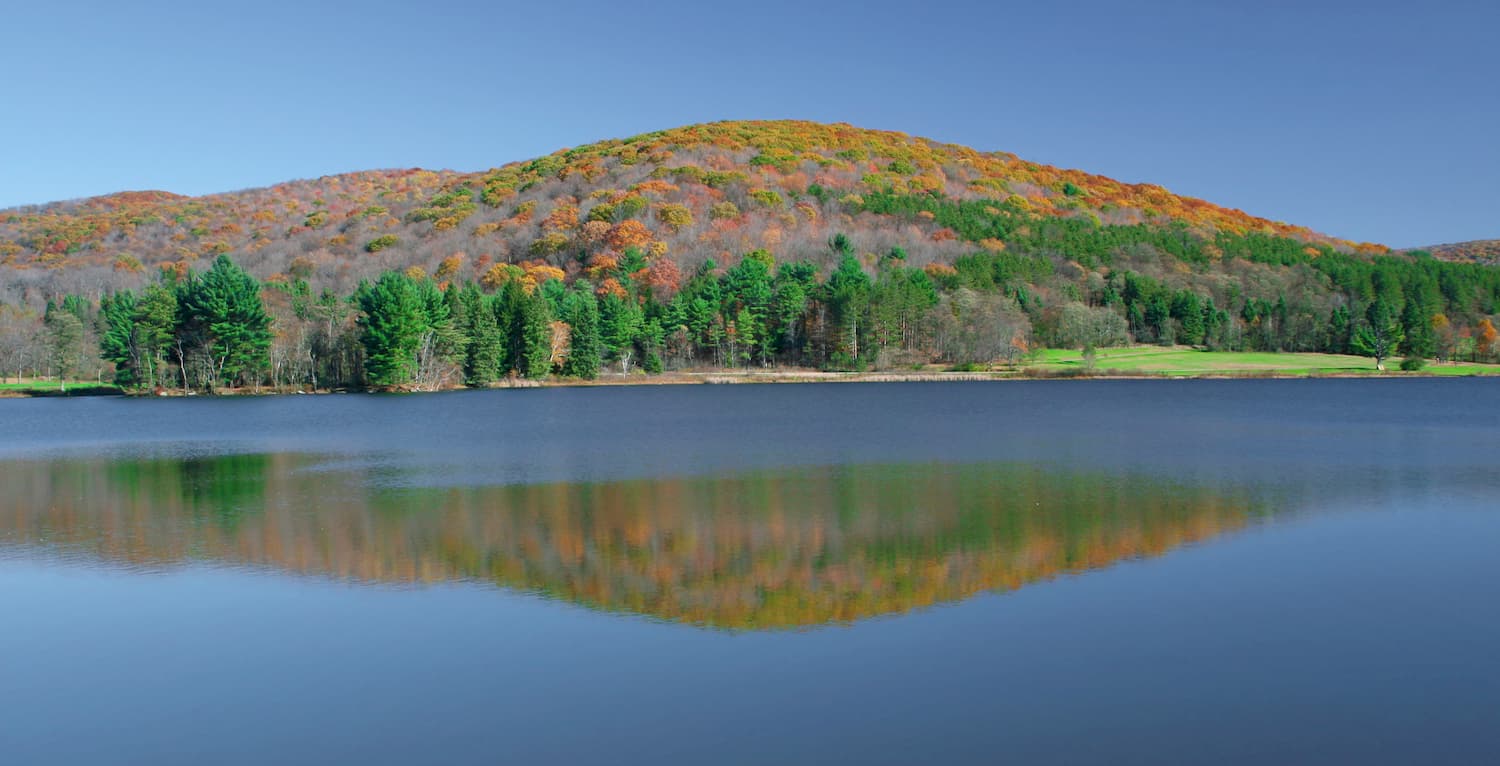