Featuring rolling hills, glistening lakes, and a whole lot of history, Allegany State Park is a protected area in the southwestern section of the US state of New York. The park contains 9 named peaks, the highest of which is Mount Irvine (2,329ft/710m), and the most prominent of which is Mount Tuscarora (2,146ft/654m). 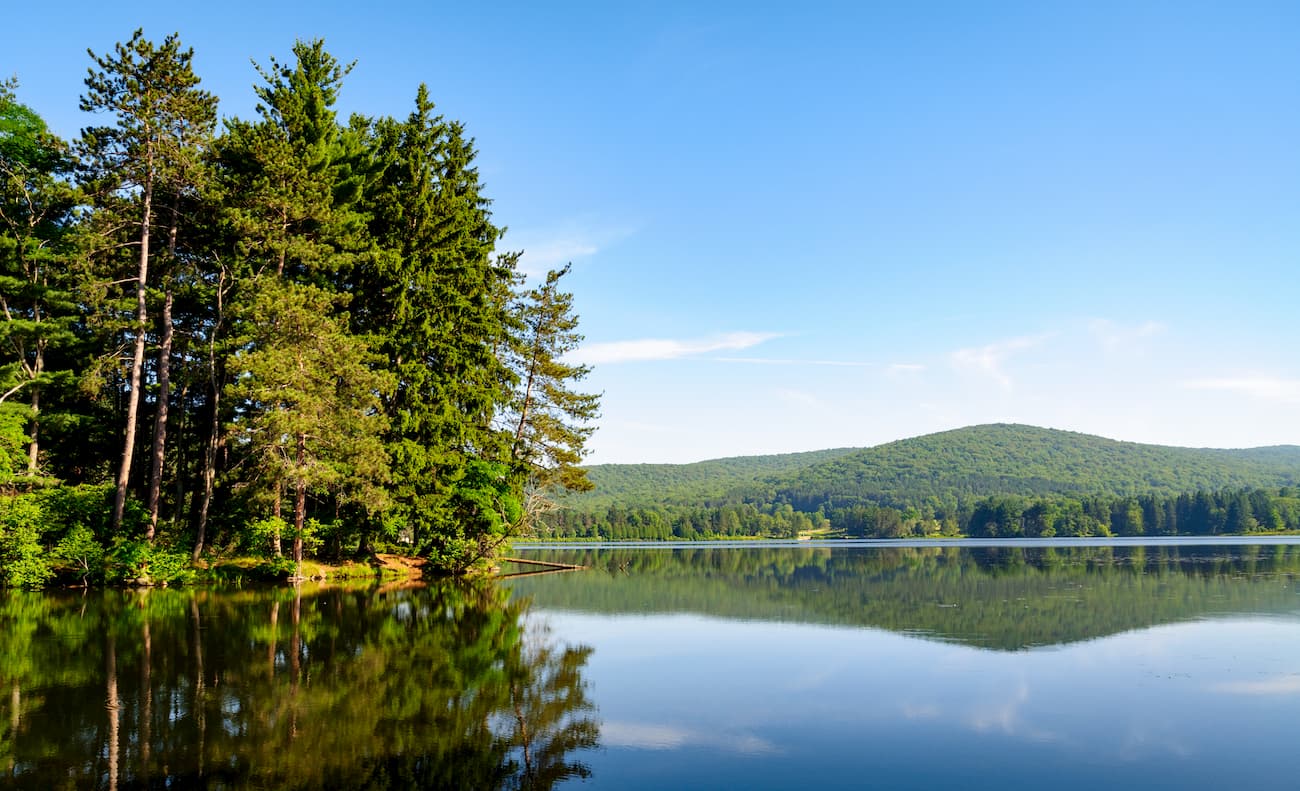 Allegany State Park is located along New York’s border with the state of Pennsylvania within Cattaraugus County. The park is in New York’s western region and is just north of both the Allegheny National Forest and the Susquehannock State Forest in Pennsylvania.

Geologically, the mountains in Allegany State Park are a part of the Appalachian Mountains range, which stretches from Georgia in the south to the Canadian province of Newfoundland and Labrador in the north. However, the park is located within the Allegheny Plateau region, which is one of the major Appalachian Plateaus in the eastern United States.

The plateau includes parts of New York, Ohio, Pennsylvania, West Virginia, Kentucky, and Tennessee. It is home to a very diverse collection of terrain, including high mountains and low valleys.

Within the plateau, the basement rock is mostly Precambrian in age, making it some of the oldest on the planet. Above this basement, the plateau features a layer of Paleozoic Era sedimentary rock and a thick layer of shales, sandstones, and siltstones that date to the Middle Silurian, Ordovician, and Cambrian.

The plateau was formed at the same time as the Appalachian Mountains. During the Ordovician Period (496-440 million years ago), the Taconic orogeny mountain building event began along a series of ancient tectonic boundaries between the ancient Iapetus Ocean and the North American continent.

As the ancient Iapetus Ocean plate collided with the North American craton, the plate sank, creating a new subduction zone. This then led to the formation of the earliest ancestors of the Appalachian Mountains and the Allegheny Plateau.

However, the region experienced yet another mountain-building event during the Allegheny orogeny some 325 million to 260 million years ago before being eroded away almost completely by the end of the Mesozoic. A final uplift during the Cenozoic gave the Appalachians and the Allegheny Plateau the shape that we see today as this uplift helped rejuvenate rivers that then carved out many of the major valleys in the region that exist to this day.

Allegany State Park and the rest of the Allegheny Plateau are home to a surprising amount of biodiversity. At lower elevations, the region is dominated by hardwood deciduous trees, such as white pack and sugar maple. There is also quite a large population of yellow birch, white ash, and American beech in these forests, as well as eastern hemlock, and eastern white pine.

Although there are some black bears, foxes, and white-tailed deer, the majority of the wildlife in the region is smaller mammals, such as squirrels, hares, porcupines, and raccoons. The birdlife in the region is also surprisingly diverse and is a good place for budding ornithologists to practice their trade.

The land that is now part of Allegany State Park was the traditional territory of the Haudenosaunee Confederacy (also known as the Iroquois Nation), as well as countless other groups. Upon the arrival of European settlers, the native people of the region were pushed off their land, particularly as large groups of Quakers set up permanent towns in the area. These days, there are a number of small reservations near the state park, including the Allegany Reservation.

The region was also settled by a small group of Irish immigrants who founded the town of Carrollton, New York, in the mid-nineteenth century after fleeing Ireland as a result of the Potato Famine. The site of the original settlement no longer exists but was within what is now the boundaries of Allegany State Park.

Allegany State Park was first protected in May 1921 after the New York Legislature purchased two large tracts of land in the region. The park later experienced extensive development during and after the Great Depression as the Civilian Conservation Corps built roads, campgrounds, cabins, trails, and even a ski resort for public recreational use.

Allegany State Park has nearly two dozen hiking trails for visitors to enjoy, some of which are even groomed during the winter months for cross country skiing. Here are some of the most popular areas to check out:

The Mount Tuscarora Trail is a 9.4 mile (15.1km) trail that takes visitors to the summit of Mount Tuscarora. It is a steep hike that offers great views of wildflowers during the spring and summer months as well as nice vistas of the nearby Three Sisters.

This trail around Blacksnake Mountain offers a family-friendly loop hike of just 2.7 miles (4.3km). It’s a nice walk for a morning hike with good views, and plenty of shade on a hot day.

This 4.4 mile (7.1km) out and back trail takes hikers to the summit of Mount Seneca. It has some steep climbing in the beginning and offers visitors the chance to visit a small cave for a bit of extra adventure. Or, if you’re interested in a shorter hike, the Bear Caves are a worthy destination in their own right.

Here are some of the best places to stay before or after your trip to Allegany State Park:

Salamanca is a city of nearly 6,000 people located on the Allegany Indian Reservation, just to the north of Allegany State Park. The Seneca Nation operates a small resort in the city, as well as a number of different hotels, restaurants, and shops. The city is easy to get to by road off of I-86.

Buffalo is the second-largest city in New York State, after New York City. It has a population of over 255,000 people and is a major gateway for travel into Canada thanks to its location along the international border. Buffalo is just an hour and a half drive from Allegany State Park and offers good transport links to major cities around the country. 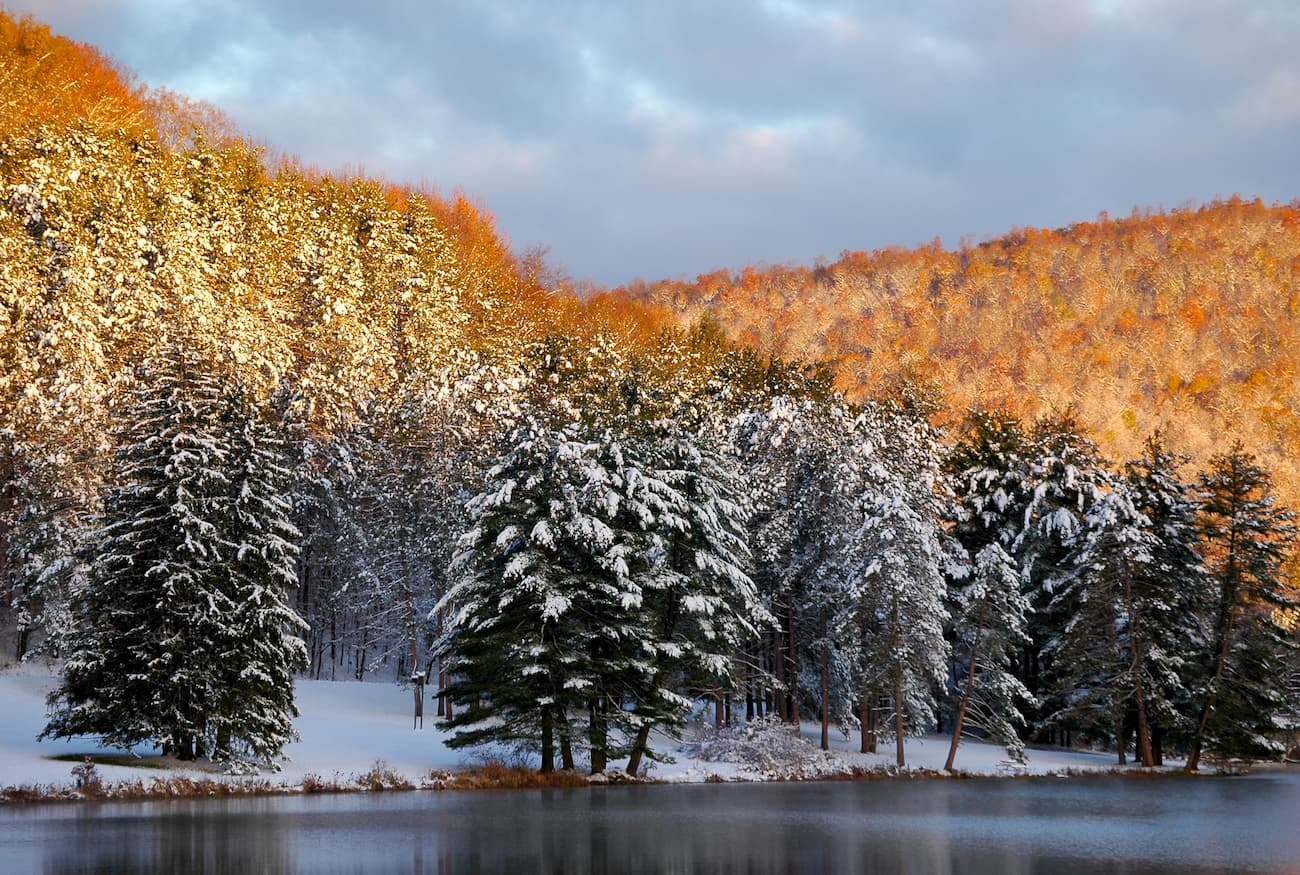 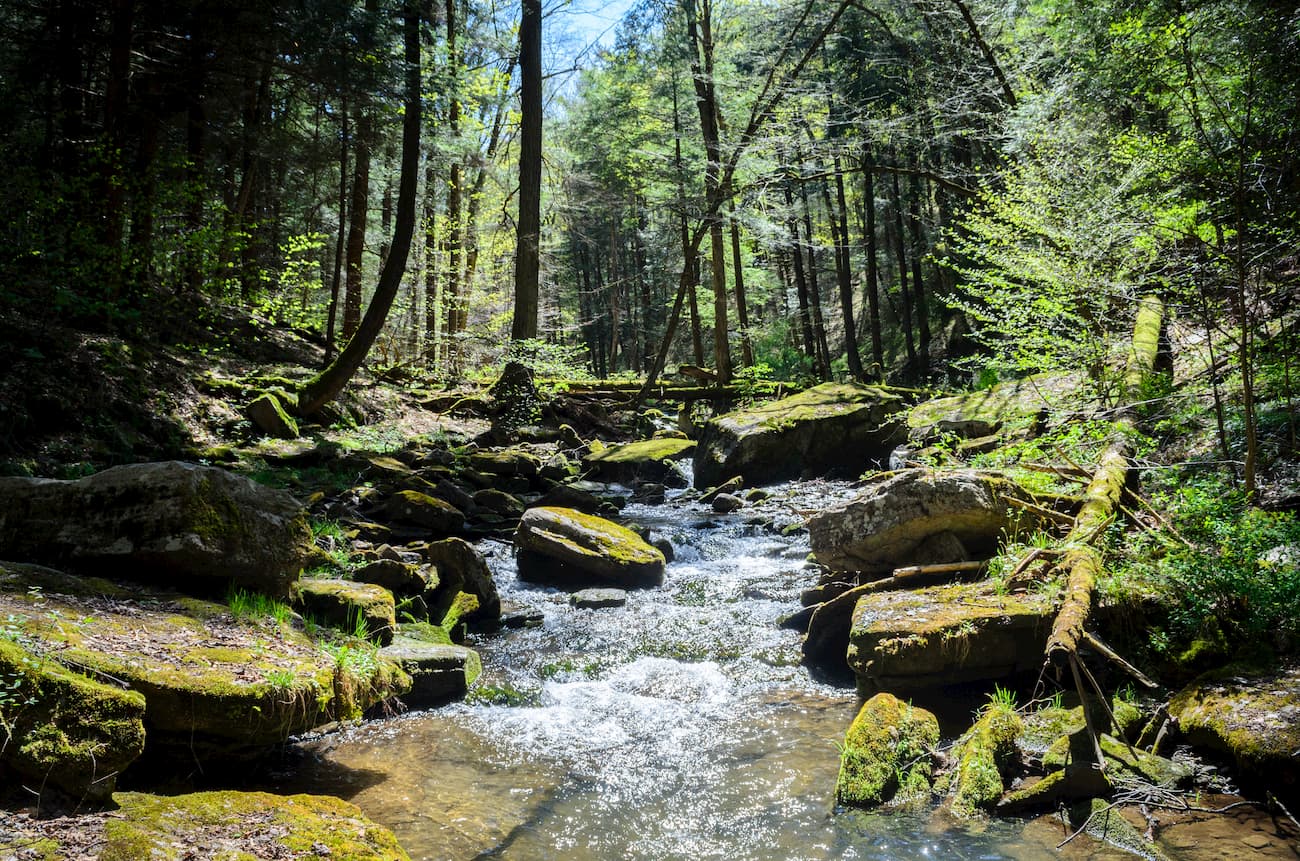 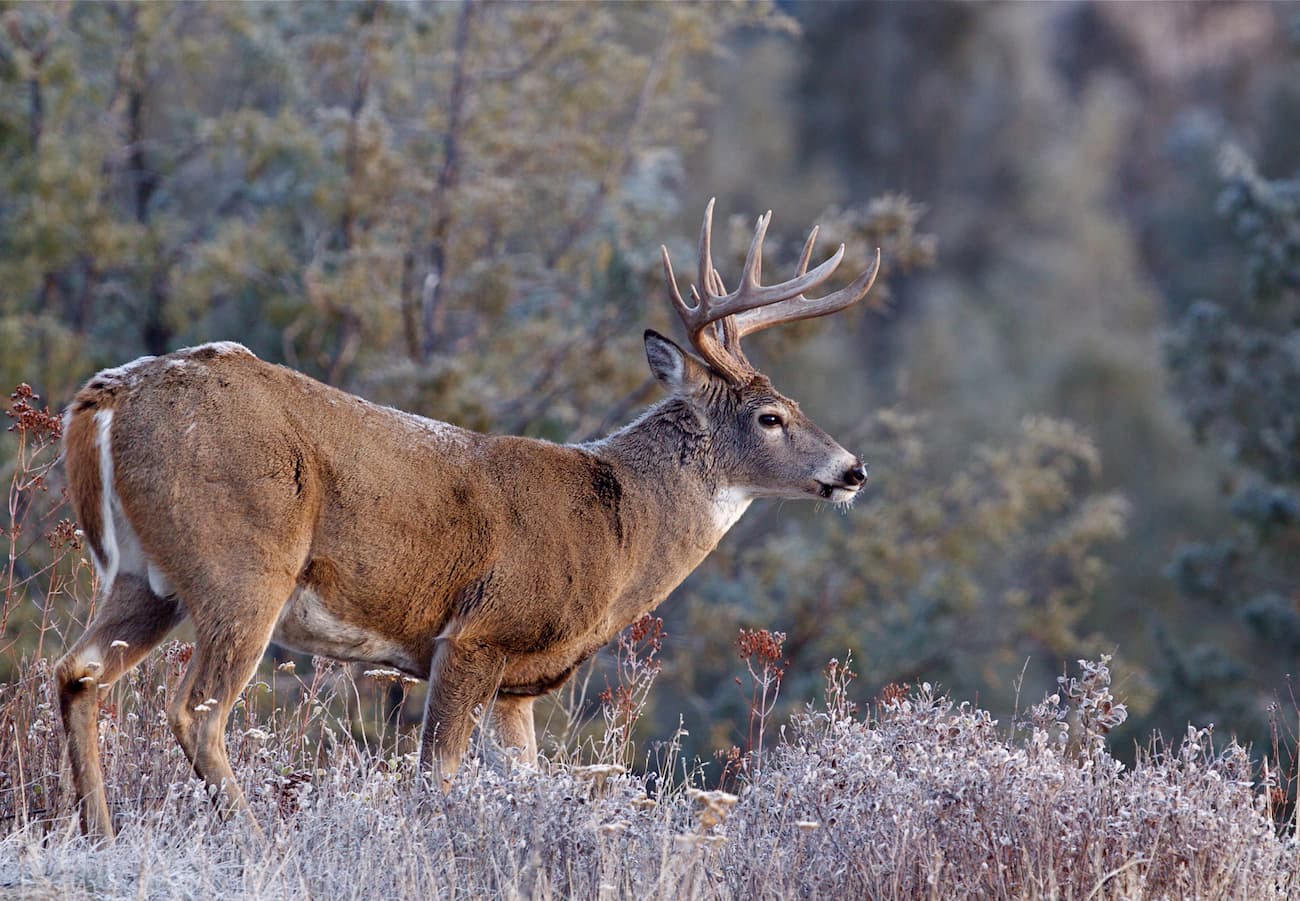 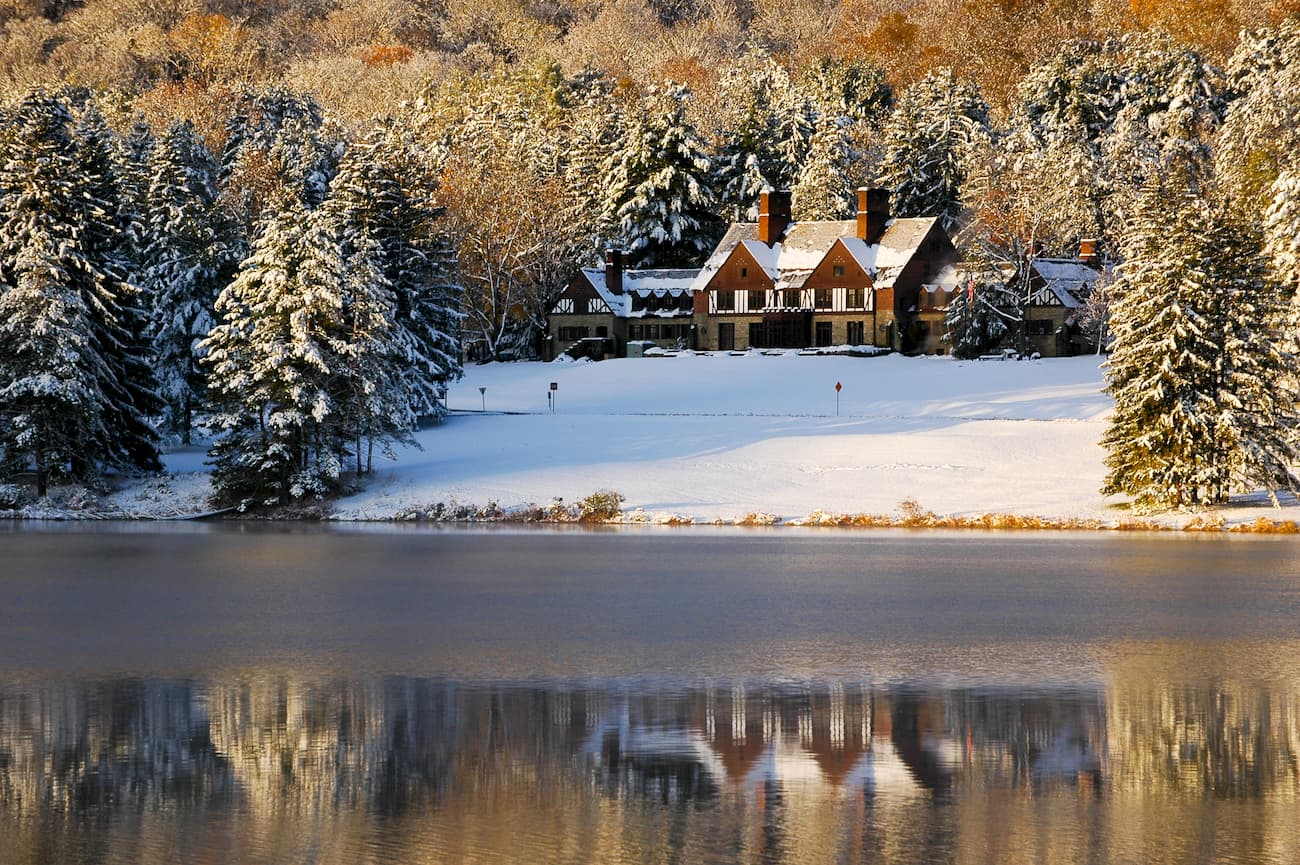 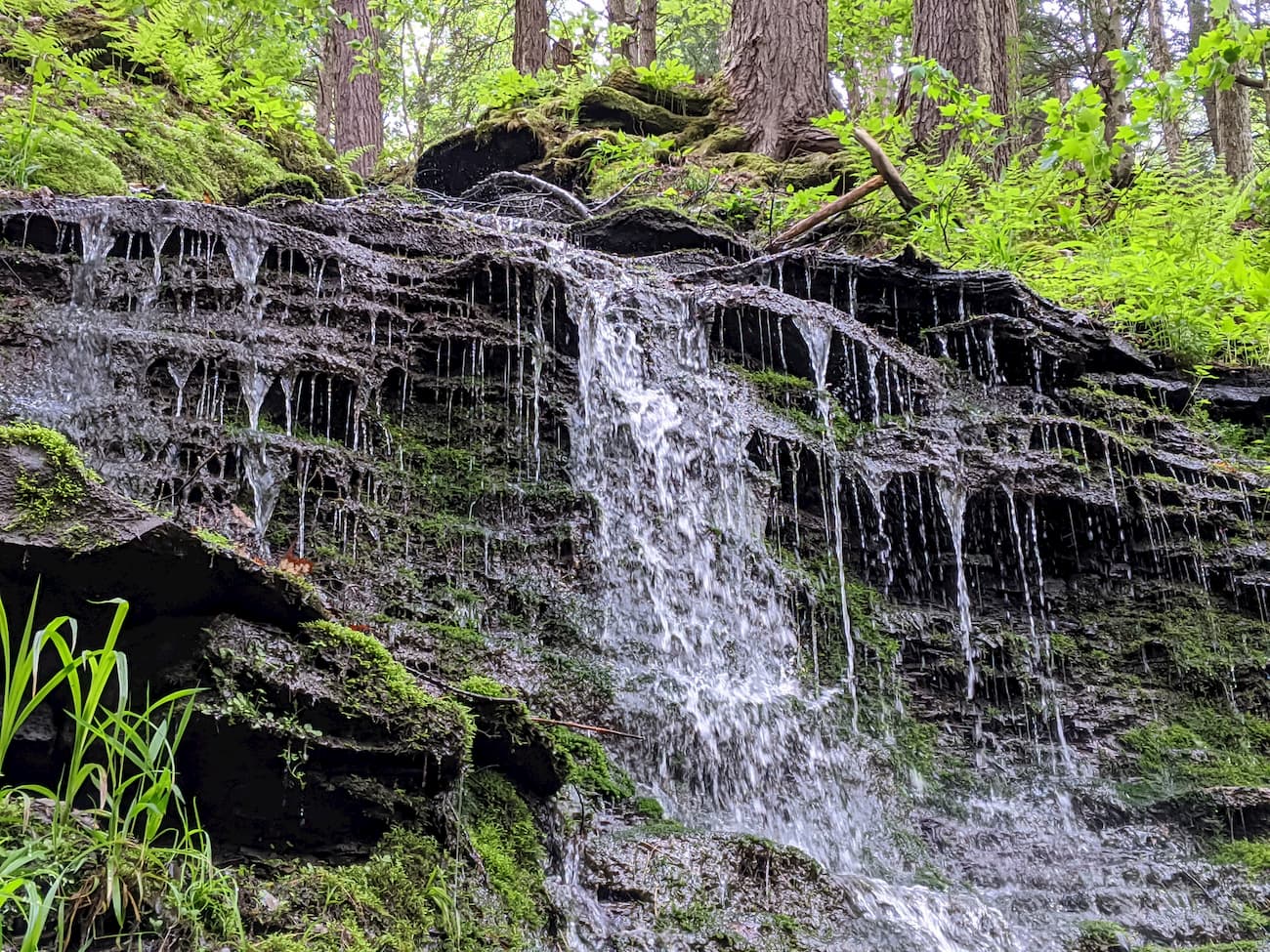 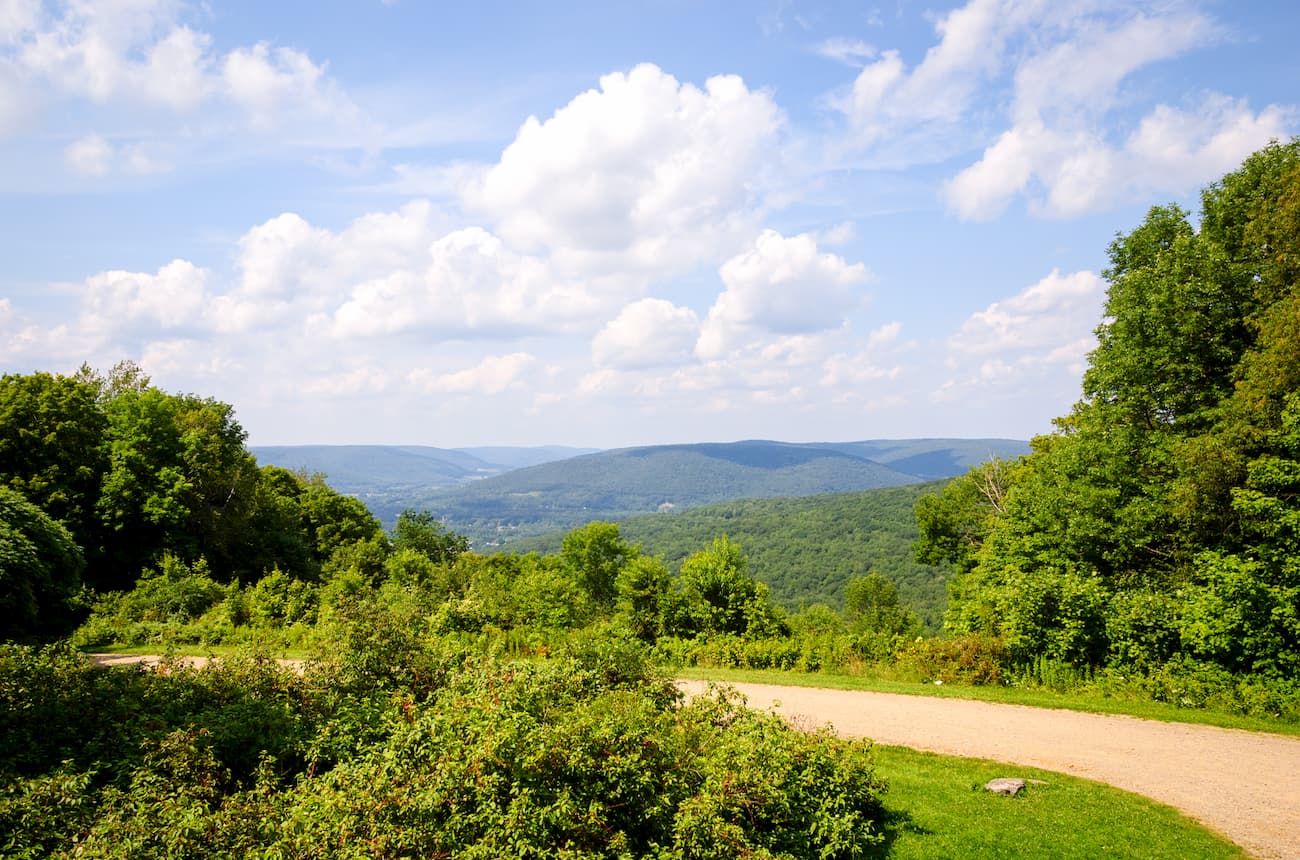 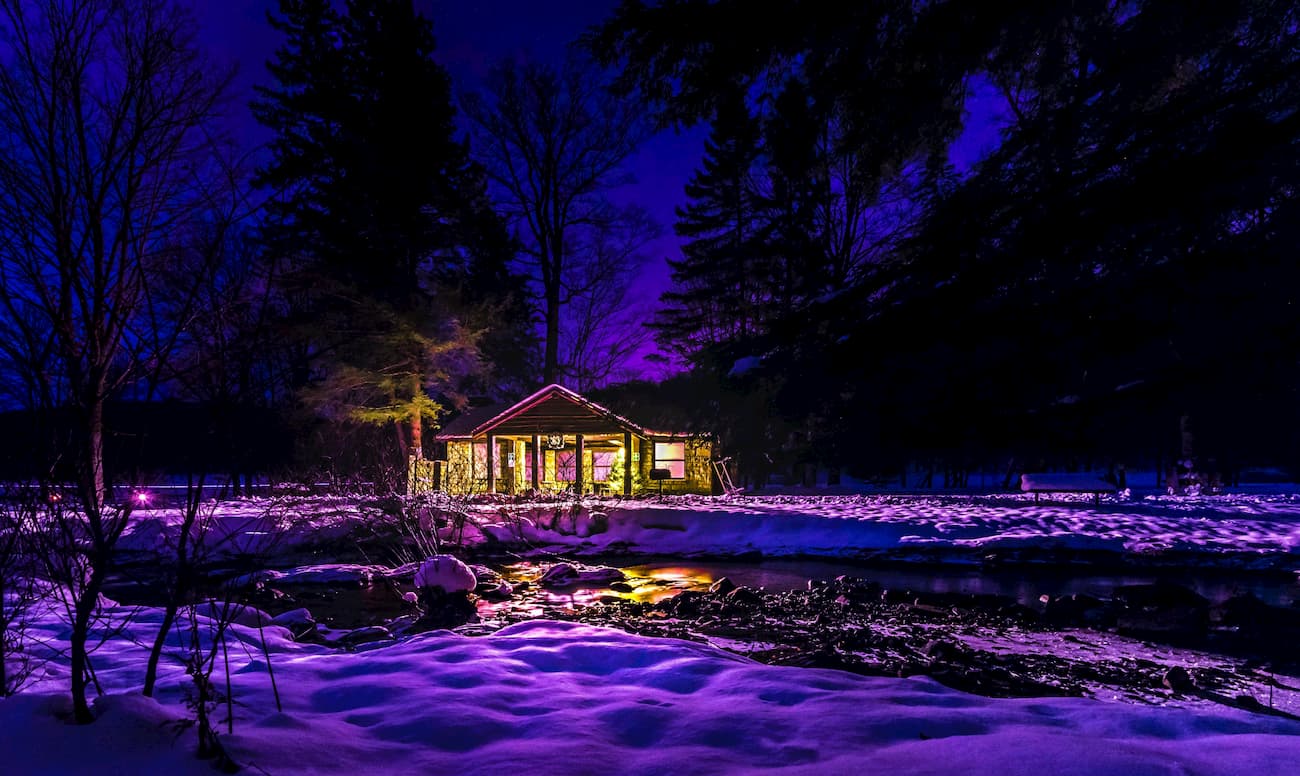