The Shining Rock Wilderness, located in North Carolina, is one of the United States’ first wilderness areas. It received its designation in 1964 and currently covers more than 18,000 acres (7,285 hectares) of wilderness in Pisgah National Forest. There are 19 named mountains in the wilderness. The tallest is Grassy Cove Top (6,050 ft/1,844 m) and the most prominent is Cold Mountain, rising 1,043 ft (318 m) from its surroundings to its summit at 6,024 ft (1,836 m).

The Shining Rock Wilderness in Pisgah National Forest of North Carolina encompasses over 18,000 acres (7,285 hectares) with peaks ranging from 3,300 ft (1,005 m) to over 6,000 ft (1,830 m). The wilderness is situated on the north slope of Pisgah Ledge, a northeastern extension of the Blue Ridge Mountains. The wilderness gets its name from the white quartz outcropping on Shining Rock Mountain.

The Blue Ridge Parkway and mountains form a ‘U’ shape with the Shining Rock Wilderness occupying the eastern half of the U and Middle Prong Wilderness covering the western half. North Carolina Route 215 runs down the middle, separating the two wildernesses.

The Blue Ridge province extends from Pennsylvania to Georgia. It is composed of deformed metamorphic rocks, mainly dating from the Precambrian, including schists, gneisses, slates, and quartzites. Many igneous rock intrusions are present throughout the province.

The Blue Ridge Mountains provide mineral resources, such as feldspar that is used in porcelain, china, and glass production. Spruce Pine, North Carolina is one of the country’s leading producers.

Hardwood forests consisting of maple, birch, elm beech, and hemlock; oak forests; and spruce-fir forests are all present in the Shining Rock Wilderness. American ginseng grows in some areas, as does green pitcher plant – an endangered carnivorous plant.

Hundreds of species of fungi grow, including the sometimes edible chicken of the woods. One threat in the ecosystem is Hemlock Wooly Adelgid, an aphid that damages Eastern hemlocks.

Hardwood forests and spruce-fir forests often lie in close proximity to one another so support much of the same wildlife. This includes northern flying squirrels, yellow-bellied sapsuckers, black-capped chickadees, and northern saw whet owls.

Other species that are present in this ecosystem include deer, coyotes, black bears, beavers, and skunks. You’ll find rainbow, brown, and brook trout in streams. This area also provides habitat to hellbenders, North America’s only species of giant salamander.

Much of Pisgah National Forest is traditional territory of the Cherokee. By the time Europeans arrived in the 1500s, the Cherokee were practicing agriculture and living in villages. They utilized the area’s rich biodiversity for food, medicine, fuel, clothing, and building materials.

After European contact and prior to the Civil War, mining and the influx of settlers led the US government to force the Cherokee from their homeland to the west. This forced removal was known as the Trail of Tears and thousands of Cherokees died along the journey.

Forest in the wilderness was heavily logged between 1906 and 1926, and wildfires in 1925 and 1942 left a significant impact on the landscape. The grassy “balds” seen on the mountains today are a result of the wildfires and it is one reason campfires are not allowed.

The wilderness has three main access points. The first is Black Balsam area near Blue Ridge Parkway. Although the trailhead is not within the wilderness, the Art Loeb and Ivestor Gap trails lead into the wilderness. These trails are quite popular thanks to their starting points at higher elevations, beautiful views, and not too challenging trails.

The second access point lies where US Hwy 276 crosses Big East Fork Pigeon River. The trails departing from here are longer and typically begin easy, increasing in difficulty as the trails climb to higher elevation.

The third access spot is from the west side of the river. Here Shining Creek trail eventually connects to the Art Loeb trail near Shining Rock or forms a loop with the Old Butt Knob trail (a ridge-top route).

Shining Creek Trail is a 3.4 mi (5.5 km) one way trail with approximately 2,300 ft (700 m) of elevation change. It follows Shining Creek and offers many chances to step off the trail to find quiet pools of water. The trail leads to Shining Rock Gap and several other trails – Art Loeb, Investor Cap, and Old Butt Knob. The Old Butt Knob trail can be used to loop back to the trailhead.

Old Butt Knob Trail is 3.6 mi (5.8 km) one way, has about 2,500 ft (760 m) of elevation change, and leaves from the same parking area as Shining Creek Trail. It traverses Chestnut Ride and several knobs which offer good views.

The first half mile after leaving the Shining Creek Trail from the parking lot climbs 1,400 ft (430 m). The trail becomes easier after this as it makes its way to the top of Old Butt Knob. It ends at Shining Rock Gap where the Art Loeb and Ivestor Gap trails can be accessed, and the Shining Creek Trail can be used to make a loop back to the parking lot.

The 1.4 mi (2.3 km) Cold Mountain Trail runs its first half along a ridge line south of Cold Mountain. It then crosses to the west before ascending to another ridge and approaching the mountain from the west.

The mountain’s summit has trees so views may be partially obscured, especially in summer. There is a better exposed lookout point on the south side and can be reached from a short offshoot trail just before the summit. This trail can be accessed from the Art Loeb Trail.

There are no developed campgrounds in the wilderness area. Sunburst Campground borders the wilderness. Mount Pisgah, Davidson River, and North Mills River campgrounds are close enough for day hikes in the Shining Rock Wilderness.

Less than an hour’s drive from the wilderness, Asheville, with a population of 92,000, will not leave you looking for something to do. Listen to live music in quirky venues, relax at a spa, sample craft beers, or visit the River Arts District displaying photography, painting, jewelry and more. If you’re looking to explore outside the city, paddle the French Broad River, cruise along the Blue Ridge Parkway, or get out into the Blue Ridge Mountains and Pisgah National Forest to hike, bike, and explore!

Stop by the Biltmore Estate, an expansive 250 room mansion with an 8,000 acre (3,240 hectare) estate. Originally belonging to a Vanderbilt, the property today has trails, gardens, boutiques, dining, and luxury lodging for visitors.

The food scene here offers a variety of cuisines and top quality ingredients, with much of the produce, meat, and dairy being sourced from local producers. You can find a range of lodging options from RV parks to B&Bs, to hotels, vacation rentals, and resorts.

Waynesville, population 10,000 people, is only 30 minutes drive away from the wilderness and has a bustling downtown with locally owned boutiques, farm to table dining, and several craft breweries. Explore the town’s museums, theater performances, and nature tours.

Waynesville is located near both Great Smoky Mountain National Park and Blue Ridge Parkway. The town is a stone’s throw from a number of waterfall hikes, biking trails, and secluded fishing spots. Accommodation here includes camping, renting a log cabin in the woods, charming B&Bs, and hotels.

Home to 14,000 people and a one hour drive away, Hendersonville hosts a lively community scene with art studios and galleries, the Flat Rock Playhouse for live performances, and a range of restaurants ranging from delis to pizza to Asian cuisine to breweries. If you’ll be staying overnight, you can find hotels, inns, resorts, vacation rentals, or camping options.

Agritourism is big, especially in the fall when apple orchards and pumpkin patches invite guests in for the harvest. The town is also a great jumping off point to several state forests and beautiful hiking in the Blue Ridge Mountains. 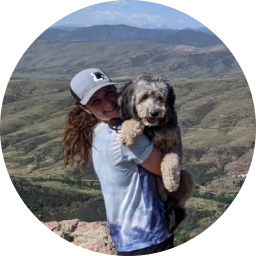 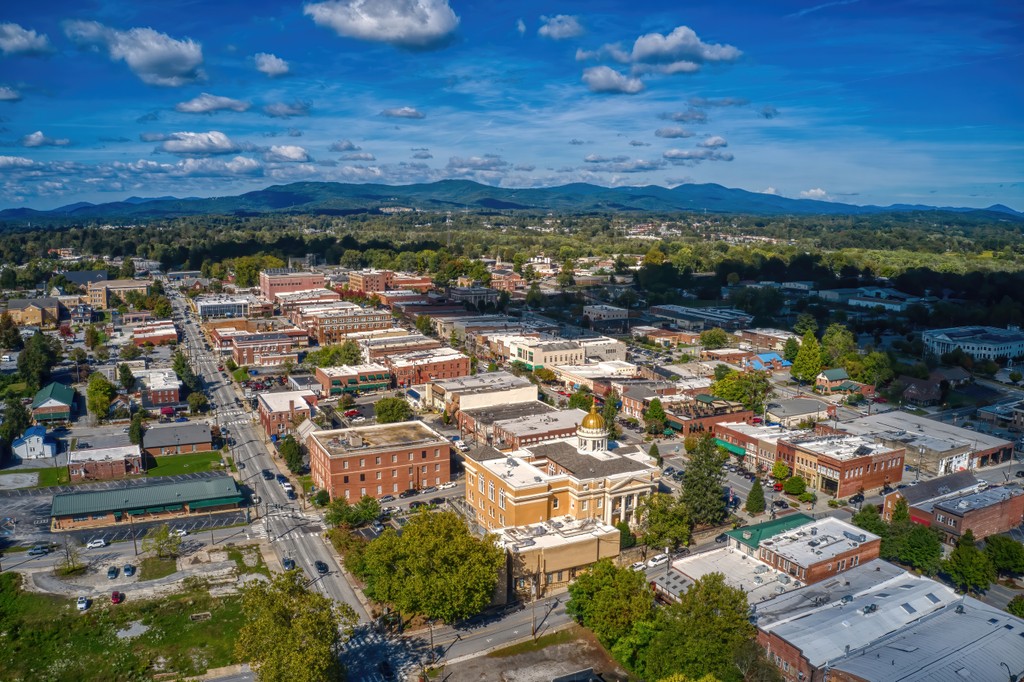 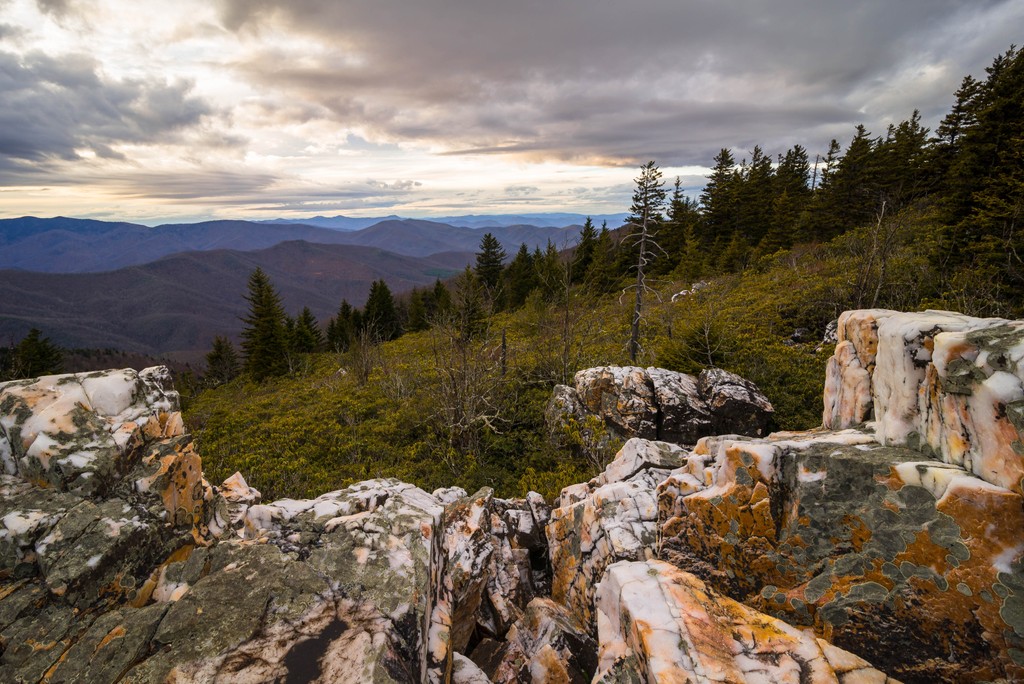 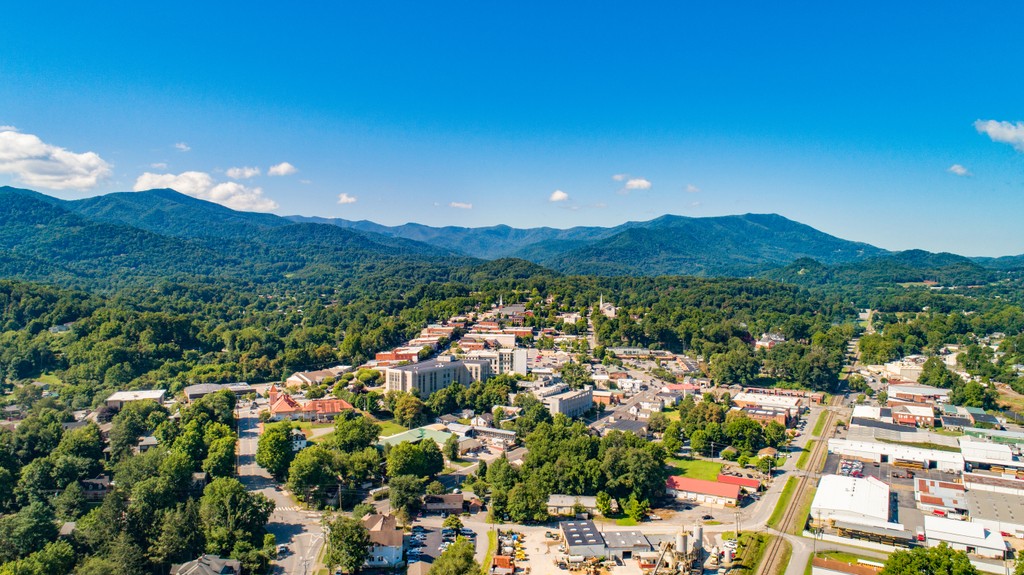 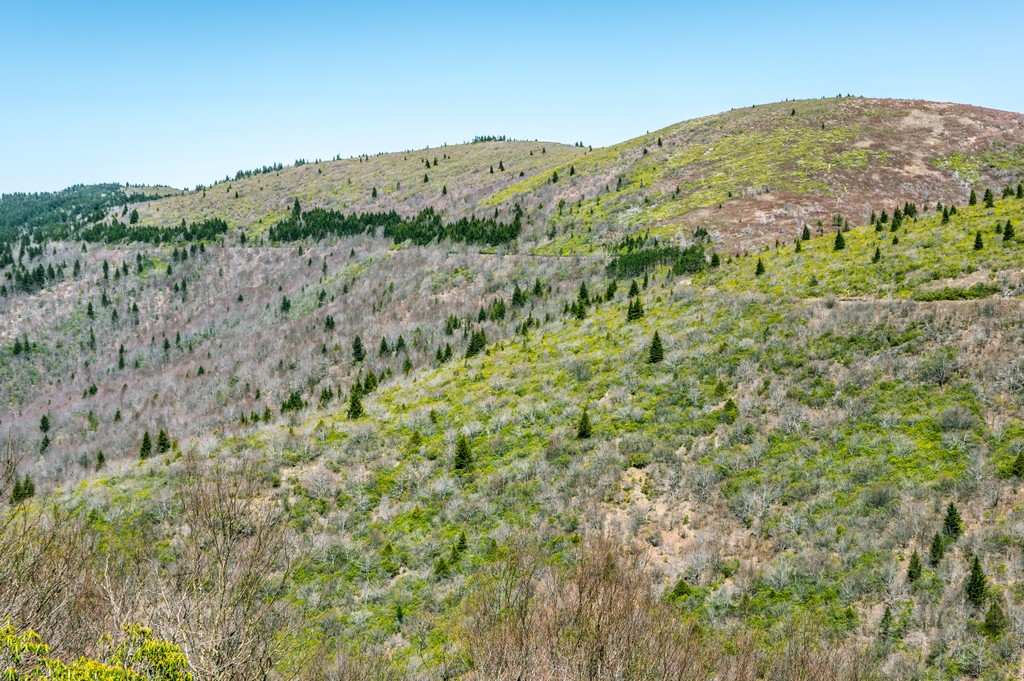 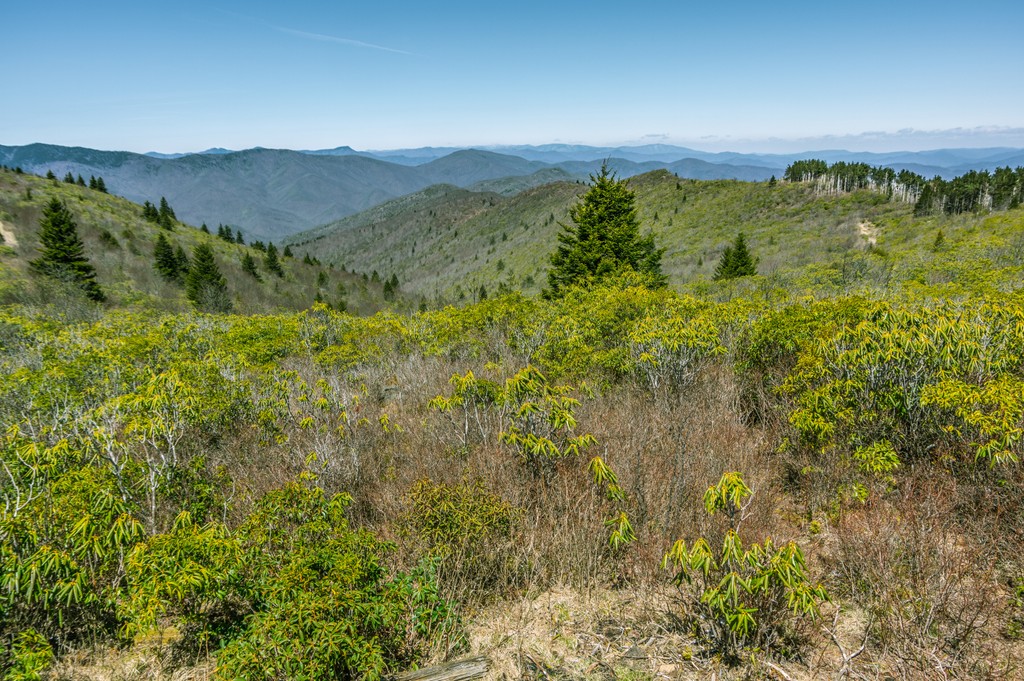 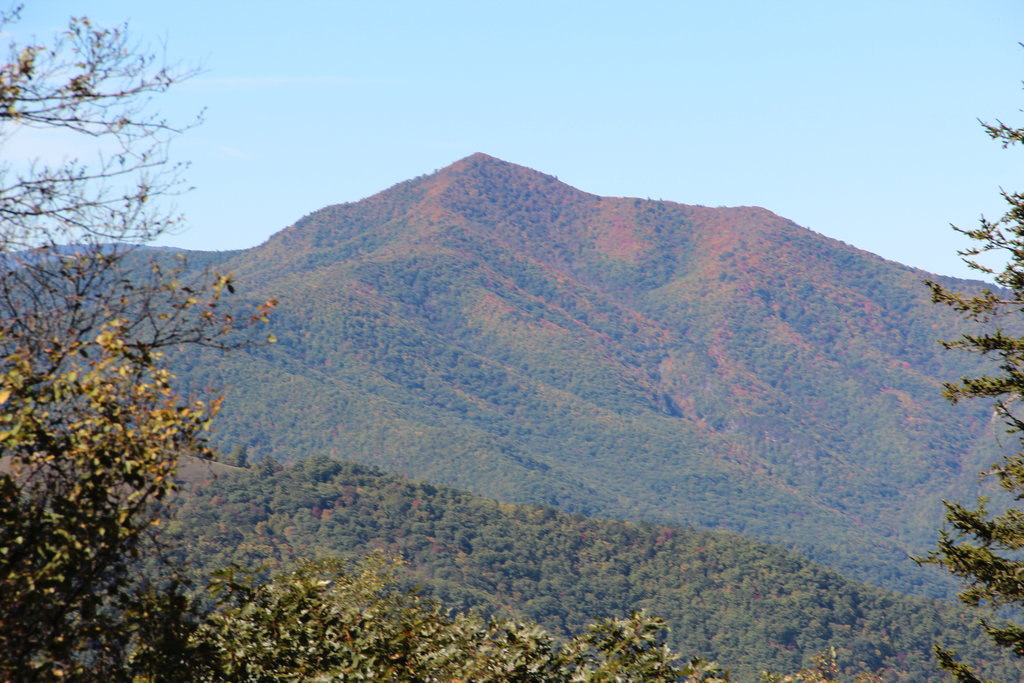