Home to the highest peak in the eastern United States and the Appalachian Mountains, the Black Mountains is a mountain range located in the westernmost part of the US state of North Carolina. The range contains 34 named peaks, the highest and most prominent of which is Mount Mitchell (6,683ft/2,037m). 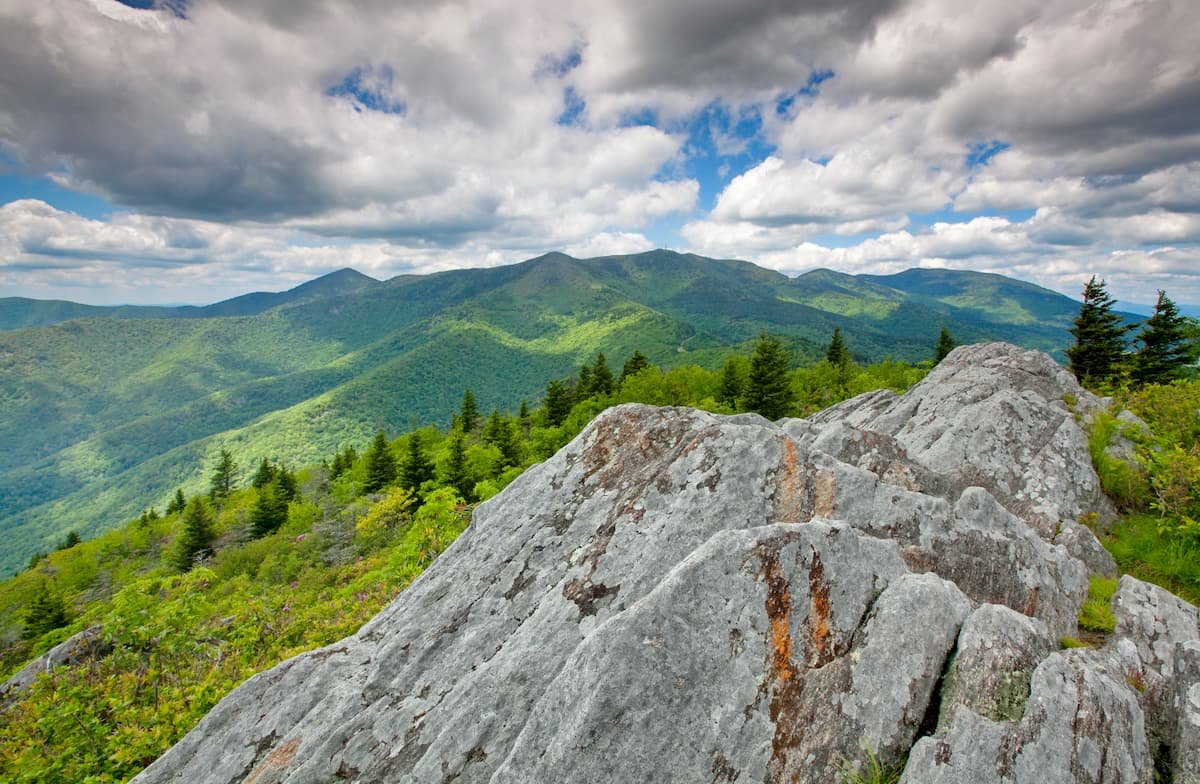 Interestingly, the Black Mountains are also among the most prominent in the eastern United States. Due to the low-lying nature of the Great Plains, Mount Mitchell’s next highest neighbor is Lone Butte, which is all the way in the Raton Mesas of southeastern Colorado, some 1,187 miles (1,910km) away.

The range is contained almost entirely within Yancey County, though a very small section of the southern Black Mountains is within Buncombe County. Moreover, the range is bounded by rivers on 2 sides, including the Cane River to the west and the South Toe River to the east.

Within North Carolina, the Black Mountains are situated in a highly mountainous portion of the state. The range is part of the Blue Ridge Mountains, which extends from northern Georgia, though Maryland to southern Pennsylvania.

Despite their small size, the Black Ridge Mountains are partially contained within 2 major areas of public land: Mount Mitchell State Park and Pisgah National Forest. They are also within driving distance of other popular hiking destinations, such as Cherokee National Forest and Great Smoky Mountains National Park.

Within the Appalachian Mountains system, the Black Mountains are considered a subrange of the Blue Ridge Mountains.

The Blue Ridge Mountains are a geological province with its own unique features and landforms. They are bordered to the west by the Appalachian Ridges and the Appalachian Plateaus while the Piedmont-Southeast Coast ranges are located to the east.

Meanwhile, the mountains themselves formed mostly during the Grenville and Alleghenian orogenies, which started about 1.5 billion and 325 million years ago, respectively.

Moreover, unlike some of the Appalachian Mountains subranges to the north, like the White Mountains in New Hampshire or the Green Mountains in Vermont, the Black Mountains were not covered by ice during the last major glaciation. Therefore, many of the landforms typically seen after glacial retreat, such as U-shaped valleys and glacial till, are absent from the Black Mountains.

For the most part, the Black Mountains is part of the Appalachian-Blue Ridge forests ecoregion, which is located within parts of Alabama, Georgia, South Carolina, North Carolina, Tennessee, Virginia, and Maryland.

This ecoregion is home to a variety of different species and ecological zones, including mixed oak forests, and spruce-fir forests, the latter of which is found at higher elevations. Indeed, the ecosystems of this region are considered to be some of the most biodiverse broadleaf forests on Earth.

There are many different tree species found in the range. These include maple,yellow poplar, hickory, and oak at lower elevations and pitch pine, Virginia pine, and mountain paper birch on south-facing slopes. At mid-elevations, yellow birch, buckeye, and beech are common.

Meanwhile, the highest elevation sections of the range contain a unique ecoregion called the Southern Appalachian Spruce-Fir forest, which is among the loftiest in the Appalachians. It exists predominantly above 5,500 feet (1,700m) in elevation and covers around 100 square miles (260 sq. km) of terrain.

Here, the tree species are mostly Fraser fir and red spruce, the former of which is endemic to the Appalachian Mountains.

As far as wildlife goes, the Black Mountains contains many of the animal species typically found in the southern Appalachians. This includes black bears, bobcats, minks, white-tailed deer, and wild turkeys.

The Black Mountains have long been home to humans. Indeed, the range is considered the ancestral homelands of a number of different first peoples, most notably the Cherokee.

Despite being located fairly fair inland, the Black Mountains were first visited by Europeans fairly early in the history of European involvement in the Americas. Perhaps the first European to visit the region was Hernando de Soto of Spain, who likely traveled through the Black Mountains in 1540 in his attempt to go from Florida to the Pacific Ocean.

However, most non-Indigenous colonization and settlement of the area didn’t occur until the late 18th and early 19th centuries, after a long period of forced removal of the Cherokee and other Indigenous peoples from the region. For the most part, early non-Indgenous settlement of the region focused on agriculture, particularly in the low-lying valleys surrounding the range, and the fur trade.

Moreover, during this time a French botanist by the name of André Michaux visited the Black Mountains and undertook a number of major studies of the region’s flora. His findings were important in understanding the rich biodiversity of the region.

Some decades later in the 1830s, Elisha Mithcell, a professor of geology at the University of North Carolina, surveyed the region and determined that the highest peak of the Black Mountains was higher than that of Mount Washington in the White Mountains, which had, until that point, been considered the tallest in the eastern United States.

However, the English language name of the peak known as Mount Mitchell was a source of some controversy in later years as Thomas Lanier Clingman, an American politician and pupil of Mitchell’s claimed that he had taken more accurate measurements of the peak. Clingman wanted to name the mountain after himself, though Mitchell argued that he had actually gotten very accurate measurements many years earlier.

This whole debate led to the unfortunate death of Mitchell at the age of 63 when he attempted to climb the mountain one more time to obtain even more accurate measurements. He unfortunately slipped and fell into a gorge during his attempt, leading to his untimely death.

All of this controversy and surveying of the Black Mountains and the establishment of their lofty height eventually helped drive tourism to the region. At the same time, the growing demand for timber around the end of the 19th century led to the development of logging operations in the region and fairly rapid deforestation of the range.

However, the establishment of Mount Mitchell State Park in 1915 (the first in the state) helped protect the land around the highest peak. Pisgah National Forest was also established one year later, helping to better manage the logging and resource extraction practices in the area.

The Black Mountains, while small in terms of overall area, offer a lot in terms of hiking opportunities. Here are some of the best places to check out if you’re visiting the range.

Aptly named, the Mount Mitchell Trail takes hikers to the summit of Mount Mitchell. It starts out near the Black Mountain Campground and climbs steeply for about 5.6 miles to the top of the peak. If you’re not feeling up to the hike, you can also drive most of the way to the summit and then follow a short 0.75 mile hike to the top.

Stretching some 1,2000 miles (1,931km) from the Great Smoky Mountains to the Outer Banks of North Carolina at Cape Hatteras National Seashore, the Mountains to Sea Trail is a popular long-distance hiking route that runs through the Black Mountains.

The trail traverses the range from west to east and stops by the summit of Mount Mitchell for some spectacular views. Although a thru-hike is an adventurous choice for more intrepid hikers, hiking just a section of the trail through the Black Mountains makes for a fun day trip or short overnight adventure.

Despite being home to the tallest peak in the eastern United States, the Black Mountains are fairly accessible. Here are some of the best places to stay before or after your trip into the range.

Situated just to the southwest of the Black Mountains, the city of Asheville is a popular outdoor recreation destination and the largest city in western North Carolina. It is home to over 90,000 residents and it is a major hub for whitewater kayaking in the region.

Asheville is accessible by road on I-40 and I26. It also has a regional airport, which provides flights to major cities around the easter United States on a number of US-based airlines.

The city of Charlotte is the largest in North Carolina with over 885,000 people. It is the second largest city in the southeastern United States after Jacksonville, Florida and it is a major center of commerce, transportation, and culture for the region.

Charlotte is about 2.5 hours to the southeast of Mount Mitchell State Park and the Black Mountains. It is located along I-77 and I-85, which provide good road access to the rest of the region. The city also has a busy Amtrak station and an international airport, which flies to major destinations around the world. 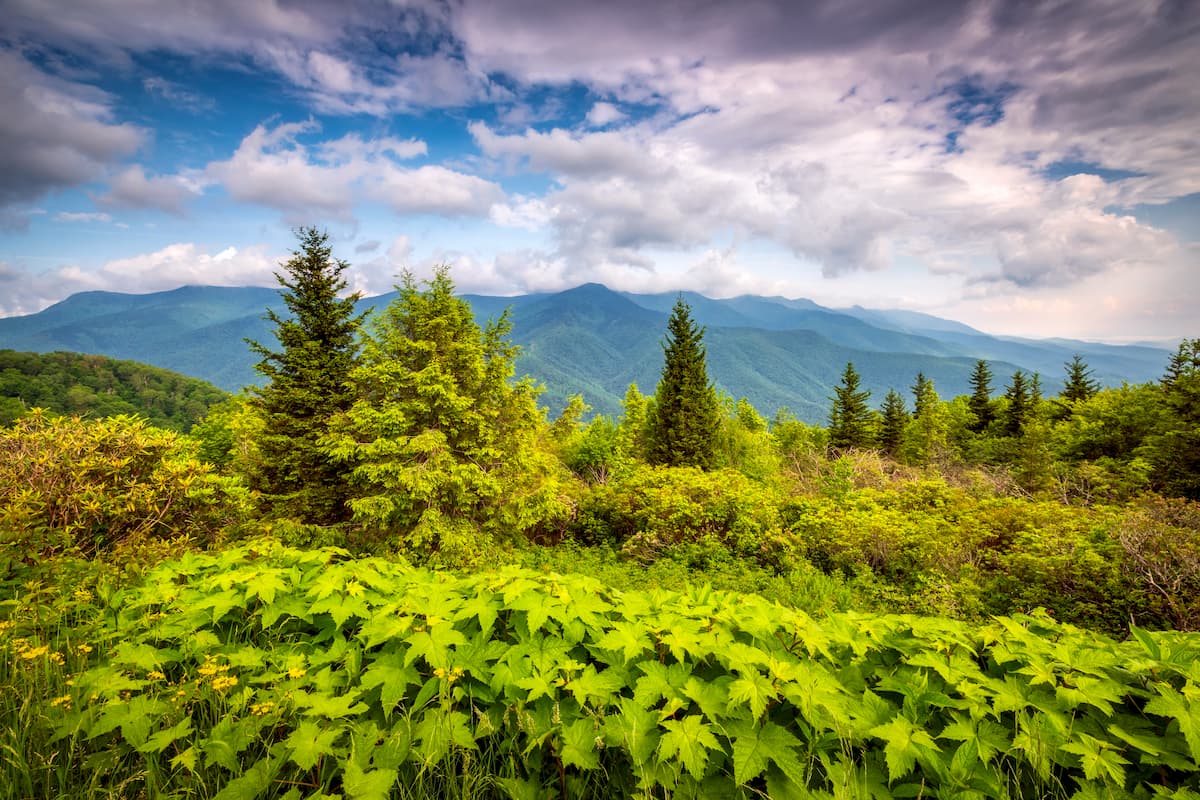 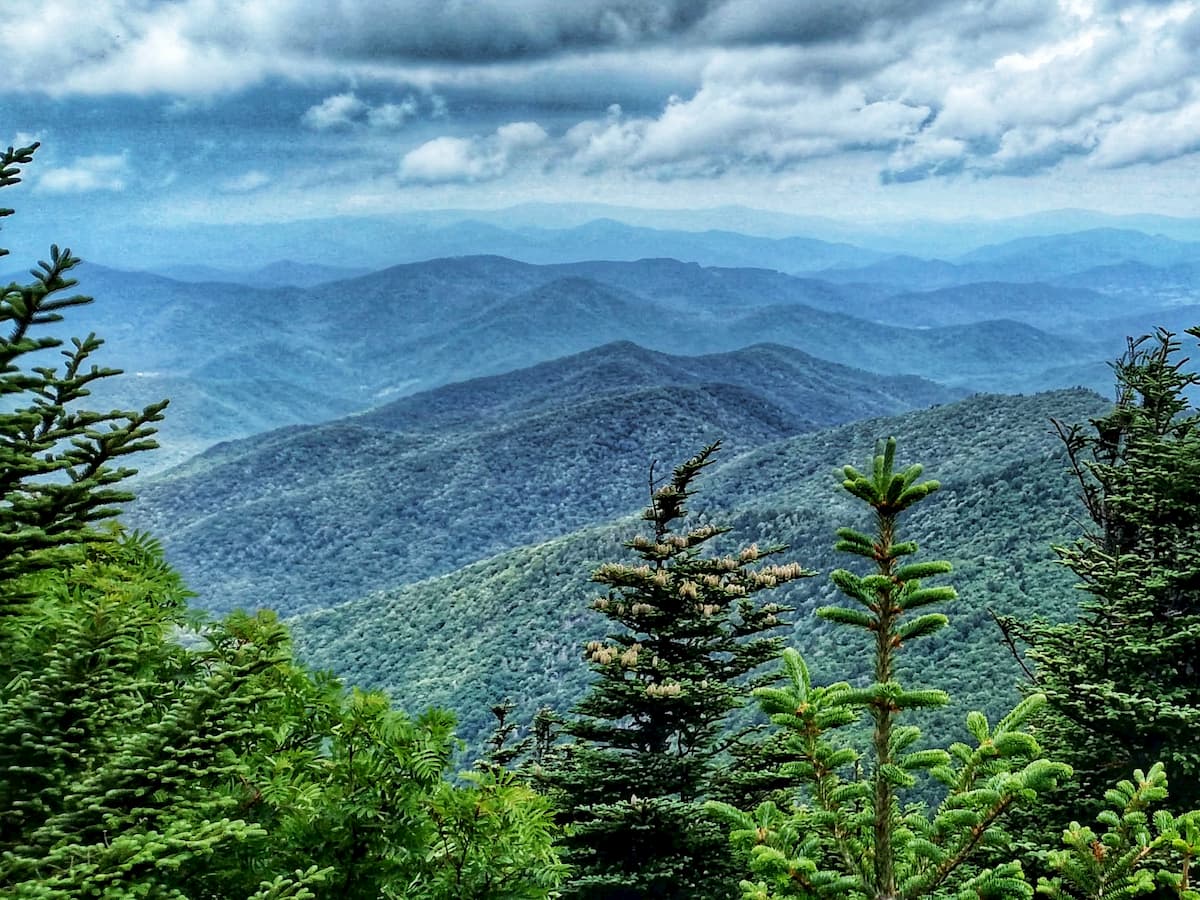 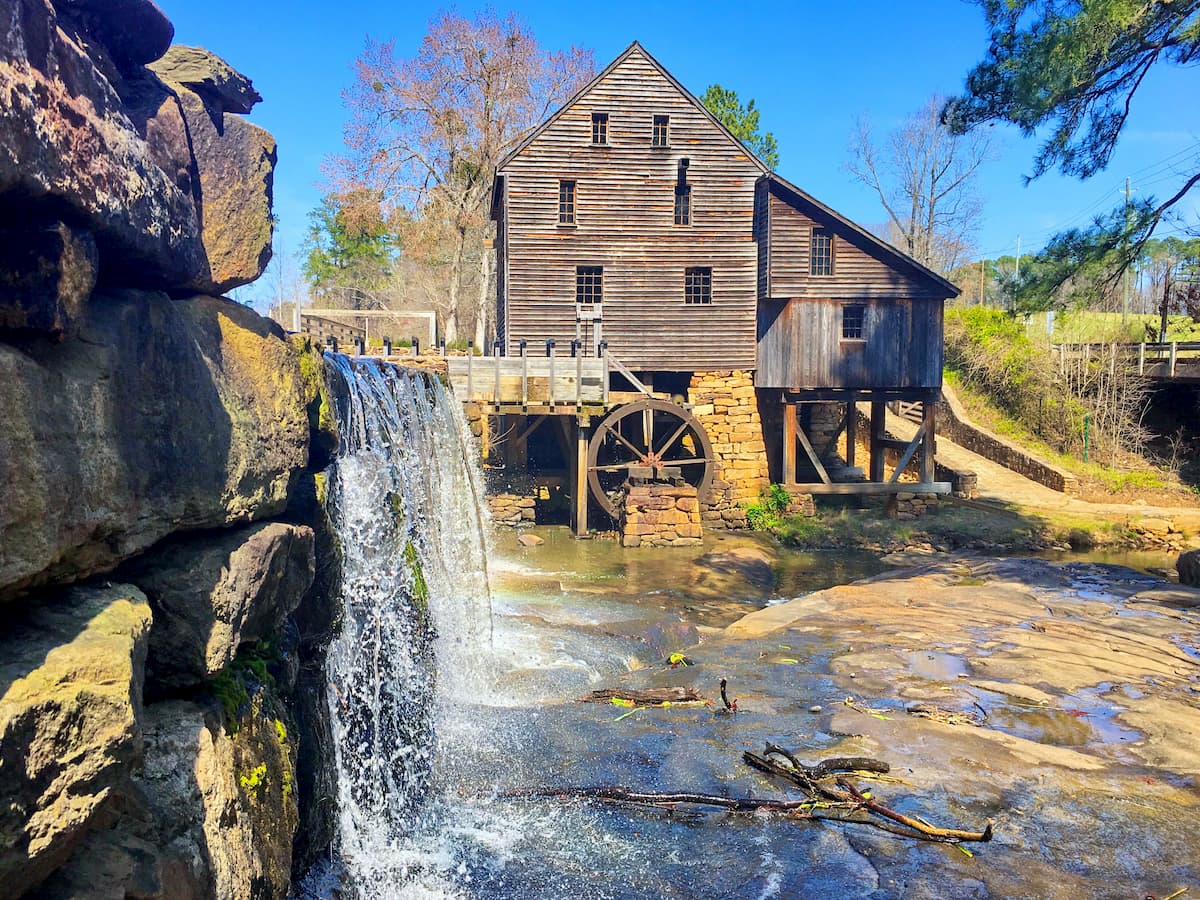 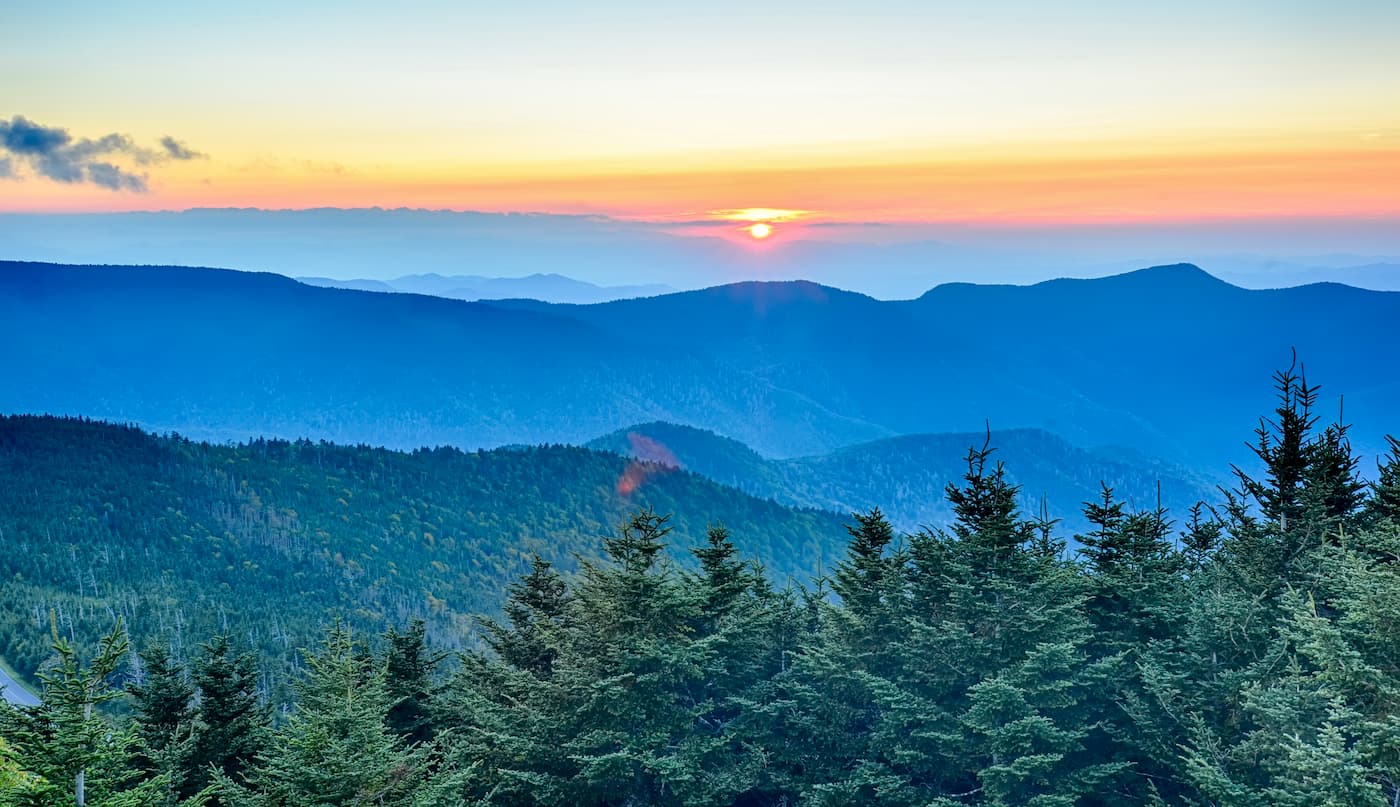 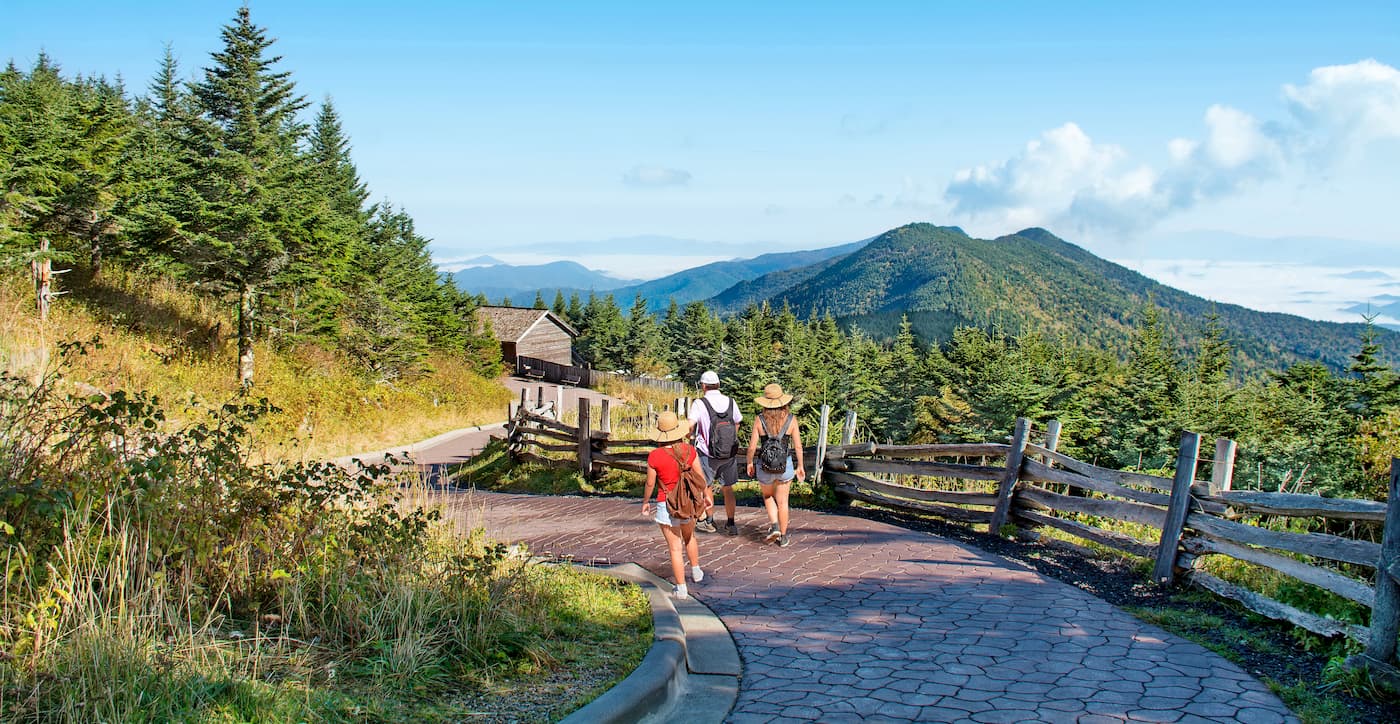