Home to babbling streams, dense woodlands, and hundreds of miles of hiking trails, the Chattahoochee-Oconee National Forest (Chattooga District) is a popular outdoor recreation destination located in the northeastern corner of the US state of Georgia. 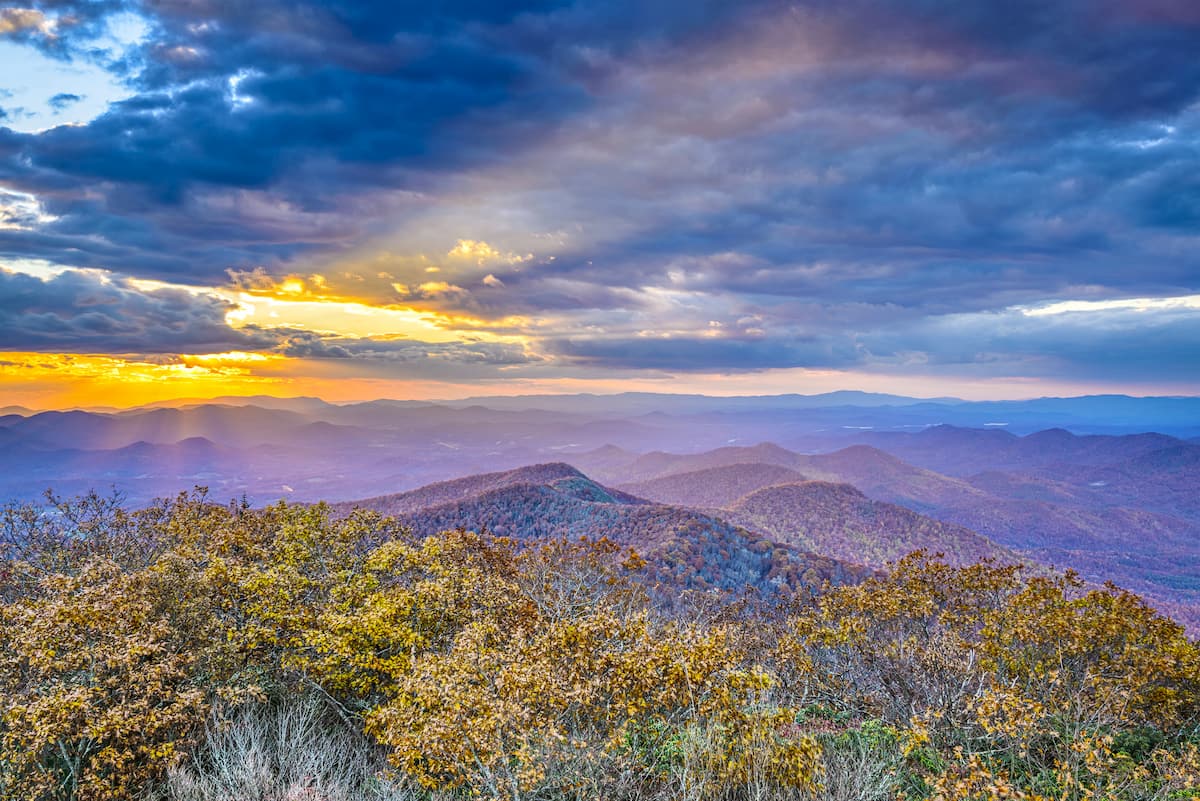 Encompassing some 261,035 acres (105,637 ha) in the northwestern corner of Georgia near the states of North Carolina and South Carolina, the Chattooga District (also known as the Chattooga River Ranger District) is located within the boundaries of parts of 6 counties: Banks, Habersham, Rabun, Towns, Stephens, and White.

It is the second largest ranger district in Chattahoochee-Oconee National Forest, after the Blue Ridge Ranger District. However, it is substantially larger than the Conasauga Ranger District, which is located in northwestern Georgia, and the Oconee Ranger District in the central part of the state.

The Chattooga District of the Chattahoochee-Oconee National Forest is located within a large complex of public land along the South Carolina-North Carolina-Georgia border.

It is situated to the south of the Nantahala National Forest (Nantahala Ranger District) and the Southern Nantahala Wilderness in North Carolina and west of Sumter National Forest, Jocassee Gorges Wildlife Management Area and Oconee State Park in South Carolina.

The mountains within the Chattooga District of the Chattahoochee-Oconee National Forest are part of the Blue Ridge Mountains system. From a geological perspective, this range is what’s known as a physiographic province, or, in other words, a region that has a distinct set of landforms and features.

For the most part, the peaks of the Blue Ridge Mountains started to take shape during the Grenville and Alleghenian orogenies some 1.1 billion to 250 million years ago. As a result, they are very old mountains, particularly when compared to younger ranges like the Alps and Himalaya, and they’ve been heavily eroded over the years to their present shape.

Chattahoochee-Oconee National Forest’s Chattooga District is home to a diverse array of flora and fauna.

Technically speaking, the Chattooga District is located within the Blue Ridge ecoregion, which boasts mixed pine-hardwood forests, with various species of loblolly and shortleaf pine as well as oak and hickory trees. However, the relatively low elevation of the peaks in this region, especially when compared to the Great Smoky Mountains to the north, limits the prevalence of spruce-fir forests which usually form above 5,500 feet (1,700m).

As far as wildlife goes, the Chattooga District is the perfect habitat for woodland creatures, like black bears, coyotes, bobcats, weasels, and beavers. You can also find many birds in the forest, such as various species of eagles, hawks, owls, sparrows, and hummingbirds.

If you venture into the forest at night during the summer months, you may also get a chance to see the stunning blue glow of the Phausis reticulata (blue ghost) firefly which inhabits the Blue Ridge Mountains.

Like the rest of the surrounding region, the land that is now part of the Chattooga District of the Chattahoochee-Oconee National Forest has long been home to humans. Many Indigenous peoples consider this area to be part of their ancestral homelands, including the Muscogee (Creek) and the Cherokee Nations.

However, both of these nations are now headquartered in Oklahoma rather than in their ancestral homelands of the southeastern part of the US due to their forced removal from the region in the 1800s as a result of the 1830s Indian Removal Act. In addition to the Muscogee (Creek) and Cherokee Nations of Oklahoma, there are other smaller nations and tribes in Louisiana, Texas, Alabama, and North Carolina.

Perhaps the first European to visit the region of the Chattahoochee-Oconee National Forest was Hernando de Soto of Spain, who travelled throughout what is now the southeastern US in the mid-16th century.

In the 18th century, Georgia became a British colony as part of a project created by James Oglethorpe to send low-income British subjects, debtors, and indentured servants to the region. The colony quickly became heavily agricultural and, with the introduction of slavery to Georgia in the late 18th century, it became the site of many large plantations.

Over the centuries, agriculture, mining, and logging all became important parts of the economy of northern Georgia, which is by far the most mountainous part of the state. The discovery of gold in the region in the early 1800s brought large numbers of prospectors and also helped to spur the forced removal of the Cherokee, Muscogee (Creek), and others from their homelands along the Trail of Tears.

Once the gold ran out, however, the prospectors left and the timber companies established a number of railroads into the mountains of northern Georgia, which led to further destruction of the region’s natural landscapes.

By 1911, the newly-formed US Forest Service started to take an interest in the land in northern Georgia, purchasing some 31,000 acres (12,545 ha) that would later become part of the Cherokee National Forest, and, eventually the Chattahoochee National Forest. In subsequent years, the US Forest Service continued to acquire land in the region, particularly in the northern part of Georgia.

In 1936, the boundaries of these various tracts of land were reorganized so that they better accommodate state boundaries. During the same year, President Franklin D. Roosevelt also established the Chattahoochee National Forest out of land that used to be part of the Cherokee National Forest.

Since then, the region has become a major hub of outdoor recreation, thanks to its hundreds of miles of hiking trails, dozens of campsites, and fantastic adventure opportunities.

The Chattooga District of the Chattahoochee-Oconee National Forest is a veritable outdoor recreation paradise. Here are some of the best places to check out during your visit:

Covering the northeasternmost section of the Chattahoochee-Oconee National Forest, the Ellicott Rock Wilderness is a federally protected area of some 8,274 acres (3,348 ha) that’s also located within Sumter National Forest and Nantahala National Forest.

It contains 7 named mountains in its small area, the highest of which is Ellicott Mountain and the most prominent of which is Glade Mountain.

Despite its small size, the Ellicott Rock Wilderness is a popular destination, thanks to the Chattooga Wild and Scenic River, which runs through its boundaries. The river is a great place to fish, swim, and boat during the summer months.

There are a handful of trails in the wilderness to check out, including the Chattooga River Trail, the East Fork trail, the Ellicott Rock Trail, and the Bad Creek Trail.

Situated on the western edge of the Chattooga Ranger District, the Tray Mountain Wilderness is a 9,702 acre (3,926 ha) protected area that borders the Mark Trail Wilderness. It is home to 8 named mountains, the highest and most prominent of which is Tray Mountain.

Perhaps the biggest highlight of the Tray Mountain Wilderness is the Appalachian Trail, which starts just to the southwest at Springer Mountain and continues through the wilderness for about 16.5 miles (26.6km).

Here are some of the best places to stay before or after a trip into the Chattooga District of the Chattahoochee-Oconee National Forest:

The capital and largest city in Georgia, Atlanta is a metropolis of some 500,000 residents that’s located in the central part of the state. It is situated to the southwest of the Chattooga District and it is a commercial and cultural hub of Georgia.

Atlanta also happens to be a major travel hub, thanks to the Hartsfield-Jackson Atlanta International Airport. Hartsfield-Jackson has the distinct honor of being the busiest airport in the world by passenger traffic, so it’s a great place to start your trip to the region.

Although it’s located in a different state, the city of Asheville, North Carolina is just a 2 hour drive north of the Chattahoochee-Oconee National Forest, which makes it an excellent place to stay if you’re looking to explore more of the Blue Ridge Mountains, including Great Smoky Mountains National Park.

Asheville is a popular destination for outdoor recreation, thanks to its proximity to a number of major forests and parks. It has a small regional airport with good connections to various parts of the eastern United States, as well as great access via road to the region’s major cities. 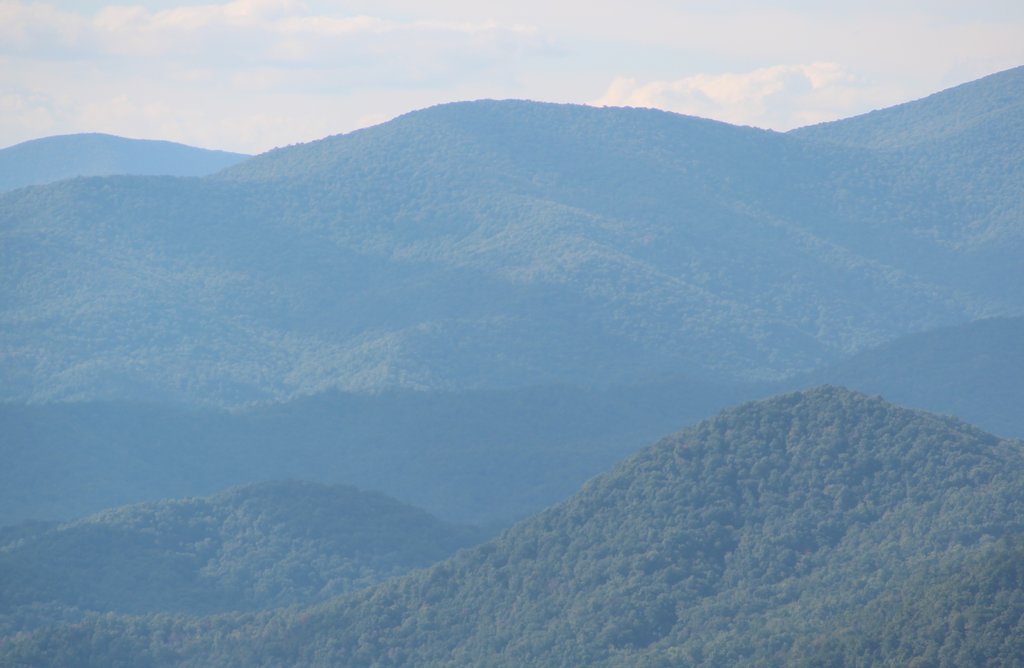 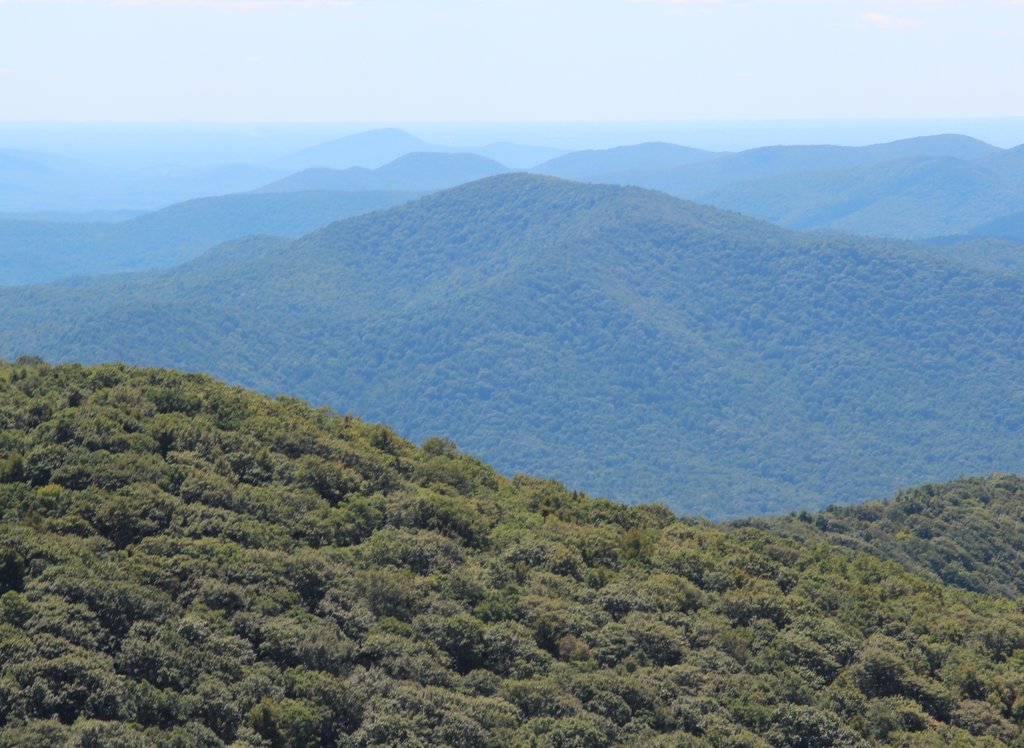 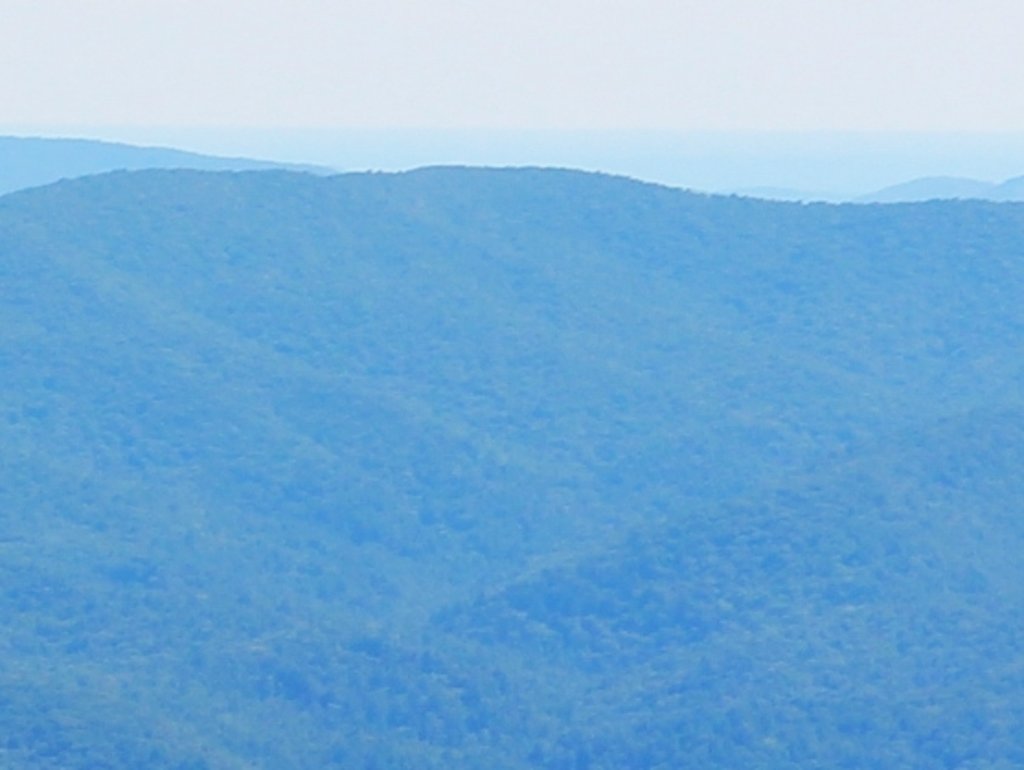 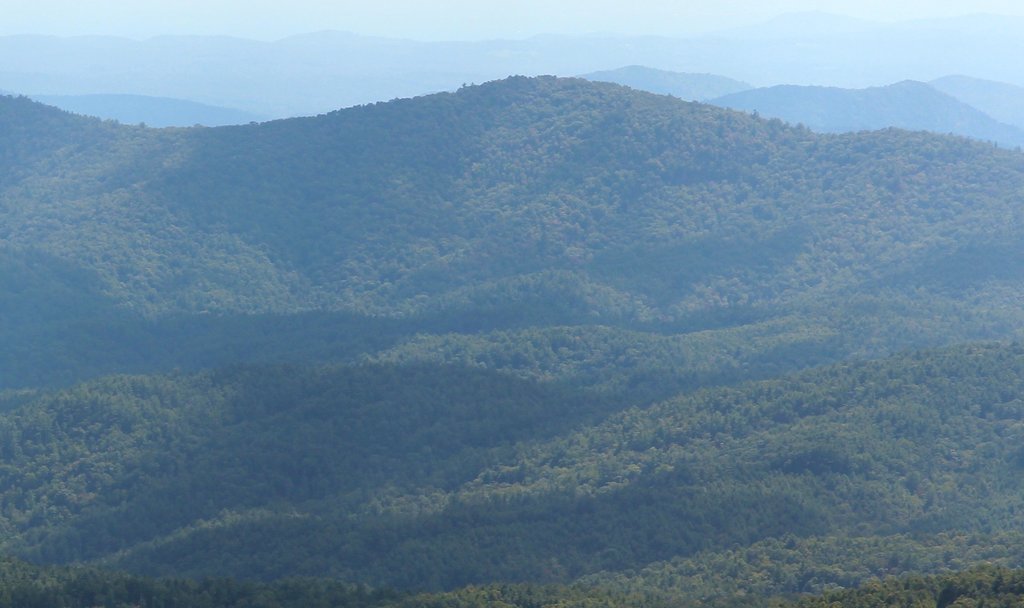 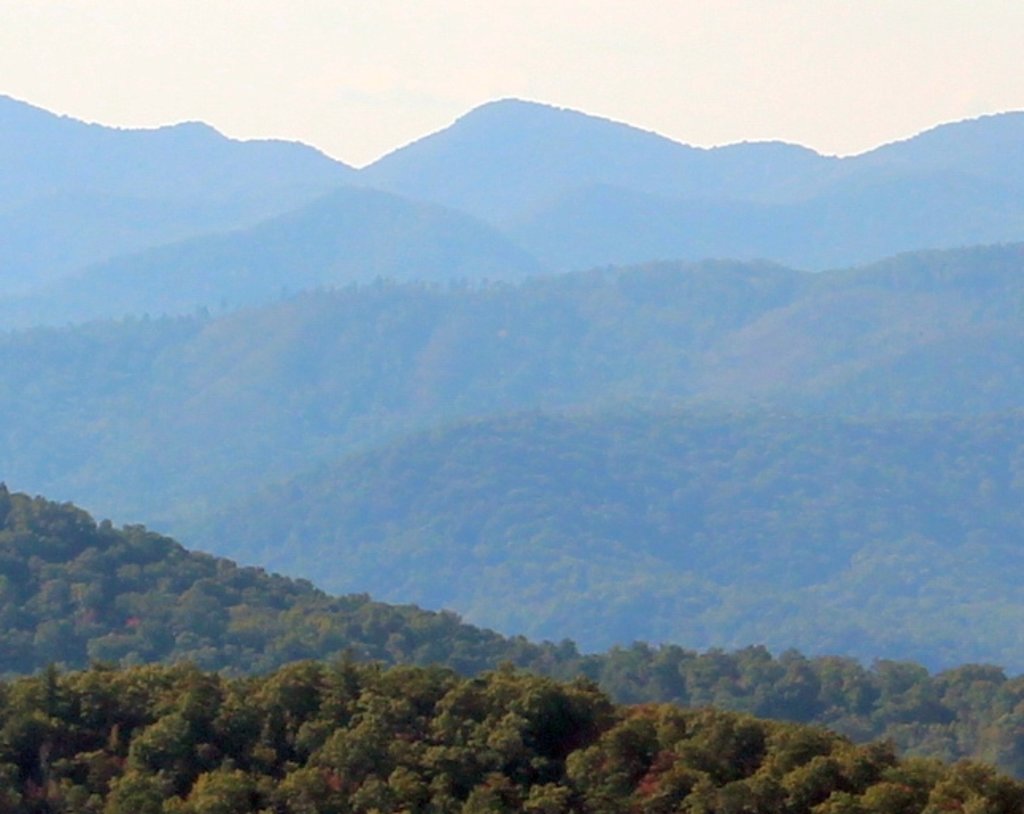