964 m
Elevation
Elevation is the altitude of a place
above sea level.

479 m
Prominence
Peak’s prominence is the least
vertical to be covered to get from the
summit to any other higher terrain.

Proportional Prominence 590 m
Location
34.637549 N  -83.713458 W
Yonah Mountain (commonly referred to as "Mount Yonah" or, by older Georgians, "Yonah Bald") is a mountain ridge located in the Chattahoochee-Oconee National Forest in Georgia, United States. It is between the towns of Cleveland and Helen. Yonah is the Cherokee word for Bear.

There is a signed trailhead from Chambers Road and an approximately 2.3 mile trail (gaining 1500 feet in elevation) leads to the summit. There are also side trails that lead to neighboring Pink Mountain.

The 5th Ranger Training Battalion, Ranger Training Brigade of the United States Army conducts the Mountain Phase of Ranger School on Yonah Mountain. It has been a popular training ground for rock climbers.

Yonah Mountain is the site of a Native American legend about a beautiful Cherokee maiden named Nacoochee who fell in love with the Chickasaw warrior Sautee. When their love was forbidden by the tribal elders, a war party followed the eloping lovers and threw Sautee off the mountain, with Nacoochee then jumping to her death, a Lover's Leap. Although he did not invent the legend, George Williams, the son of one of the original white settlers, popularized it in his 1871 Sketches of Travel in the Old and New World.
There's a trail called Yonah Mountain Trail leading to the summit. 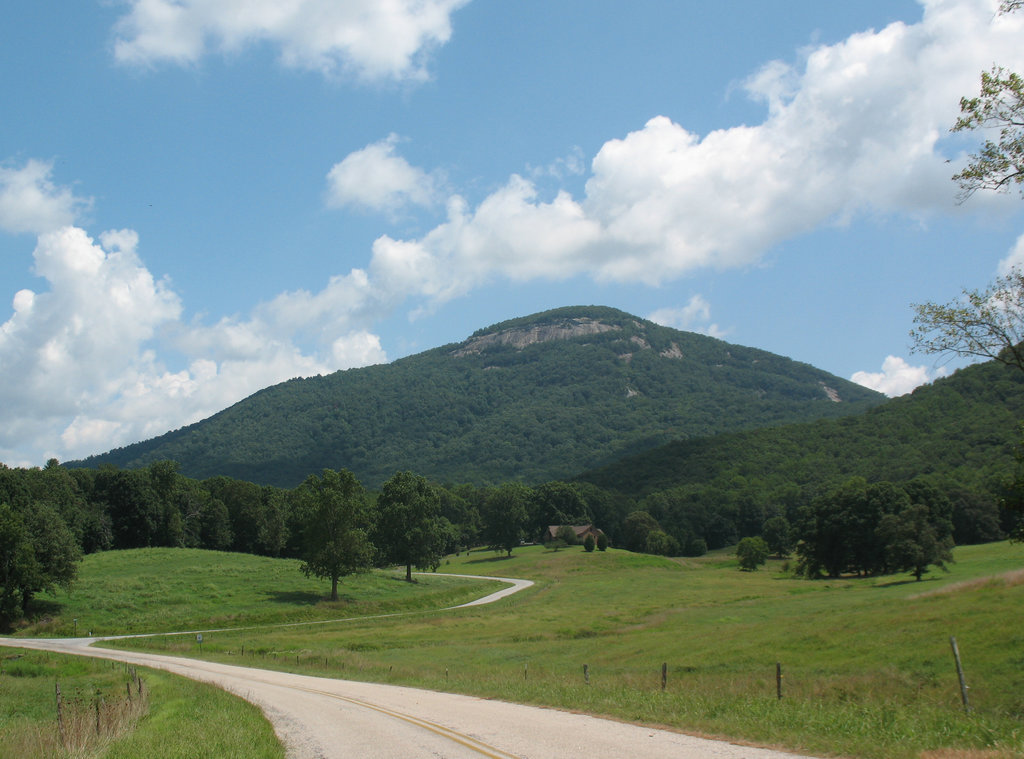 34.700278 N   -83.821389 W
Nearest Higher Neighbor
Long Ridge - 12.3 km WNW
El: 969 m / Prom:
Summit Register
See all
PATTI BURRISS
Check out a downloadable 3D model of Yonah Mountain area. A higher resolution model can be found in the PeakVisor mobile app.
Do you have photos of Yonah Mountain or know something about it? Please let us know!