The Conasauga District is an administrative area of the Chattahoochee-Oconee National Forest that’s located in the northwestern part of the US state of Georgia. The district primarily features forested rolling hillsides and valleys. There are 72 named mountains in the ranger district, the highest and most prominent of which is Cowpen Mountain ( 4,147 ft / 1,264 m). 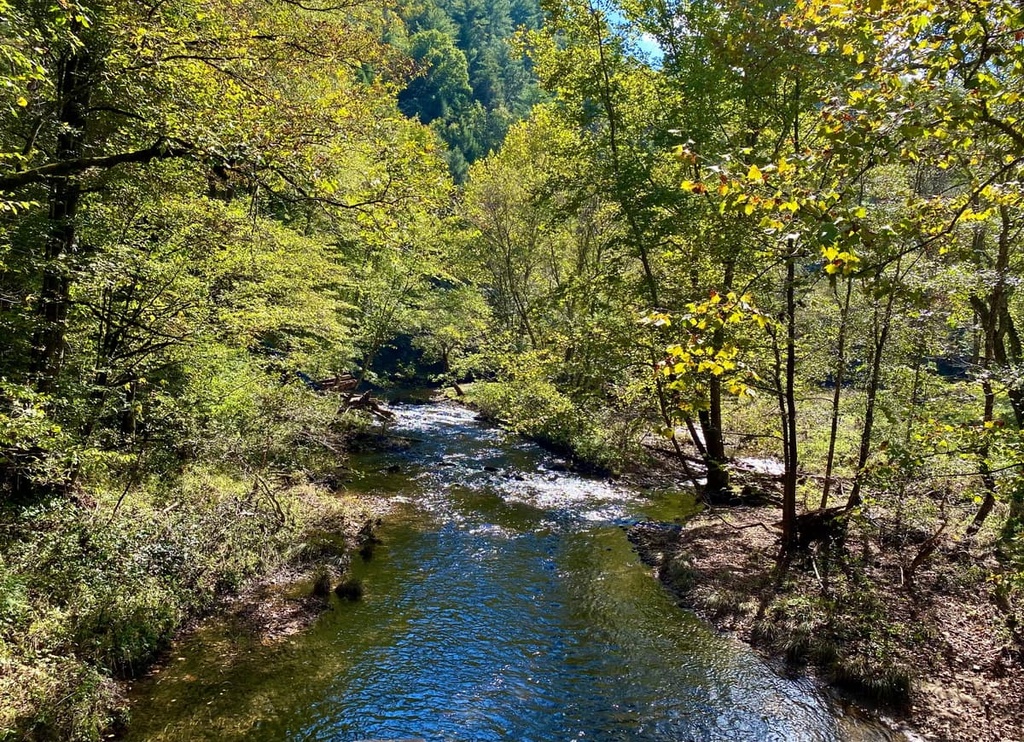 The Conasauga District is located in the northwestern portion of the US state of Georgia. It roughly covers the western third of Chattahoochee-Oconee National Forest.

The rugged and varied landscape in the ranger district is marked by rolling hillsides and deep valleys. Much of the region is covered in dense forests that are interspersed with open fields. Numerous creeks and streams flow throughout the ranger district, such as the Oostanaula River and Conasauga River.

The Conasauga District is divided into two separate sections. The northeastern portion contains the southern edges of the Blue Ridge Mountains while the southwestern portion is part of the Appalachian Ridges. Both of these subranges are part of the larger Appalachian Mountains, which travel northeast across the eastern United States and into Canada.

While both portions of the Conasauga District contain forested mountains and rolling hills, the land between the two regions is relatively flat as it is part of the Georgia Piedmont.

Additionally, the Conasauga District is surrounded by popular outdoor recreation areas. For example, the Cohutta Wilderness and Cohutta Wildlife Management Area are located within the northern portion of the district.

Furthermore, the Blue Ridge District of the forest lies to the west of the ranger district, while Nantahala National Forest and Great Smoky Mountains National Park lie to the northeast and Talladega National Forest is nestled to the southwest.

The Conasauga District showcases the unique geological features of the Blue Ridge Mountains, which are part of their own physiographic province. The landforms and mountains in the ranger district are surrounded by a relatively flat landscape that is part of the Georgia Piedmont. The mountains in both sections of the district consist of both igneous and metamorphic rock.

Rocks in the region date back to the Precambrian and Paleozoic eras. The Appalachian Mountains, and their numerous subranges, began forming during the Grenville and Alleghenian orogenies around 1 billion years ago.

This geological history makes the Blue Ridge Mountains system hundreds of millions of years older than many other major mountain ranges in the world. For example, many notable ranges, such as the Alps and the Himalaya, formed more recently during the Alpine orogeny, a major mountain-building period that took place just 65 million years ago.

Around 100 million years ago, the Blue Ridge Mountains began taking their current shape. Tectonic activity and millions of years of erosion formed the rugged peaks and valleys found throughout the region.

The Conasauga District is part of the larger Blue Ridge Mountains ecoregion, which covers land within Georgia, North Carolina, South Carolina, Tennessee, and Virginia. The varied topography in the ranger district allows for a variety of flora and fauna to thrive.

Mammals such as coyotes, deer, bobcats, foxes, and black bears all inhabit the region, though spotting these animals is far more likely in the northern portion of the district.

Numerous species of fish, along with beavers and river otters, inhabit the ranger district’s rivers and creeks, too. Various species of ducks, eagles, owls, sparrows, and hawks can be spotted throughout the year.

The Chattahoochee-Oconee National Forest is also home to the Phausis reticulata, which is more commonly known as the blue ghost firefly. Known for its distinct blue color, visitors have the best chance of spotting the blue host firefly during warm summer nights.

The land in what is now the Chattahoochee-Oconee National Forest has been home to humans for thousands of years. This region is part of the ancestral homelands of the Cherokee people. Artifacts that date back to the people of the Paleo-Indian culture have also been found throughout the area.

Determining exact territorial borders is often difficult, but the ancestral homelands of the Cherokee people are known to extend throughout present-day northern Georgia and through parts of North Carolina and Tennessee.

The first recorded interaction between Europeans and the Indigenous communities in the region took place in 1540. During this time, Hernando de Soto of Spain led an expedition throughout what is now the southeastern US, traveling as far as present-day Tennessee and making contact with many Tribal Nations along the way.

Many of the Cherokee Tribes would go on to develop trade deals with the English, Irish, and Scottish immigrants who began settling in the region in the following centuries. By the early 1700s, the Cherokee had established a unified national government among its many tribes.

A massive influx of European settlers during the 1800s was instigated by the discovery of gold in the Blue Ridge Mountains. As settler populations in the region increased, the US government began forcibly removing the Cherokee from their homelands and onto reservations.

Many Cherokee people were killed throughout this brutal process while those who survived were forced onto reservations. In 1835, the Treaty of New Echota was signed and the US government forced many Cherokee to march west into present-day Oklahoma.

This widespread forced removal of Indigenous people came to be known as the Trail of Tears. As many as 16,000 Cherokee people began the journey, though nearly a quarter of them died along the route.

Those who made it to Oklahoma would later form the Cherokee Nation. The few that managed to stay in their native land formed the Eastern Band of Cherokee Indians, whose headquarters are in what is now North Carolina on the Qualla Boundary.

The United States Forest Service purchased land in northern Georgia in 1911, and this land would later become the Chattahoochee National Forest. More land was purchased in the following decades, expanding the forest even further. In 1959, 96,000 acres (38,850 ha) of federal land was established as the Oconee National Forest.

The two forests would later be administratively combined to form the Chattahoochee-Oconee National Forest. Today, the forest is home to over 450 miles (720 km) of hiking trails and 2,200 miles (3,500 km) of streams and rivers.

The Conasauga District of the Chattahoochee-Oconee National Forest is home to numerous trails for hiking and other outdoor adventures. The district is divided into two regions, each of which contains a variety of hiking routes.

Here are some of the best hikes to check out during your next trip to the Conasauga District of the Chattahoochee-Oconee National Forest.

The southwestern region of the Conasauga District spans from the city of Rome, Georgia up to Dalton, Georgia. The peaks in this district are part of the Appalachian Ridges, so they feature less dramatic changes in elevation compared to the nearby Blue Ridge Mountains.

Here are some of the most popular trails in the region:

The northeastern region contains a majority of the hikes that are located within the Conasauga District. Hikes in this part of the ranger district provide an excellent opportunity to travel through the southwestern tip of the Blue Ridge Mountains.

Here are some of the most popular trails in the region to check out:

Looking for a place to stay near the Conasauga District of the Chattahoochee-Oconee National Forest? Here are some of the best cities and villages to check out in the region.

The city of Dalton, Georgia lies in between the two sections of the Conasauga District. Known as the “Carpet Capital of the World,” this quaint city is home to around 34,000 residents. Local shops and restaurants line the downtown area of Dalton and the Blue Ridge Mountains are located just a short drive away.

Chattanooga, Tennessee lies just to the northwest of the Conasauga District. Situated along the Tennessee River and in the foothills of the Appalachian Mountains, Chattanooga is home to around 180,000 residents.

Local museums in Chattanooga that are worth visiting include the Tennessee Valley Railroad Museum, Hunter Museum of American Art, and Chattanooga History Center. Besides exploring the city’s thriving arts and music scene, visitors to Chattanooga can also take a short drive to see Rock City, a tourist attraction on nearby Lookout Mountain that features a stunning waterfall and views of the surrounding landscape. 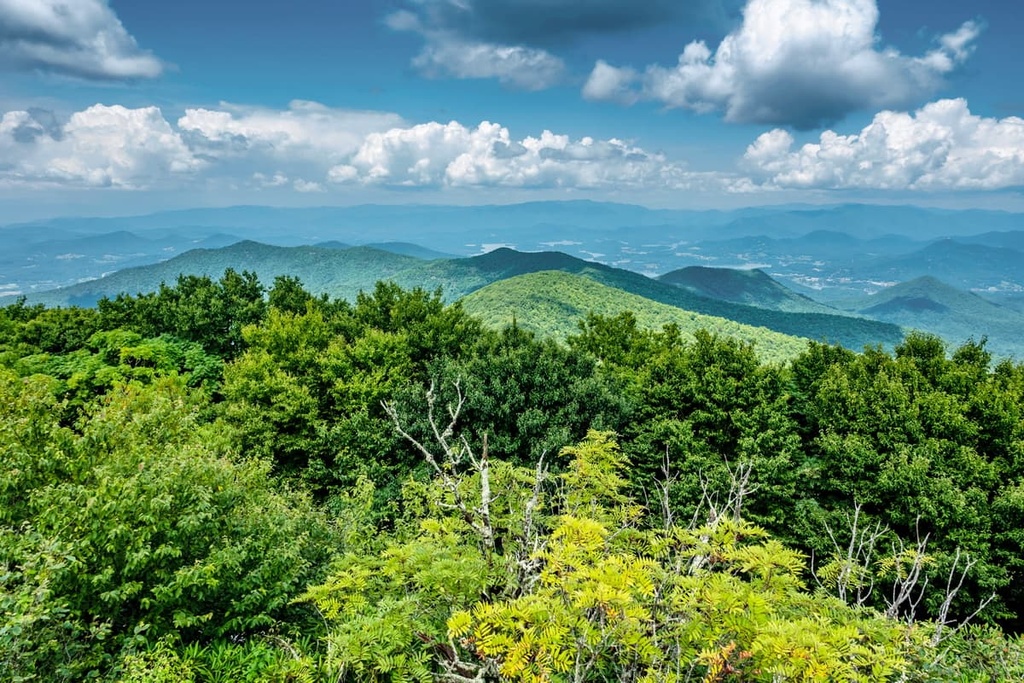 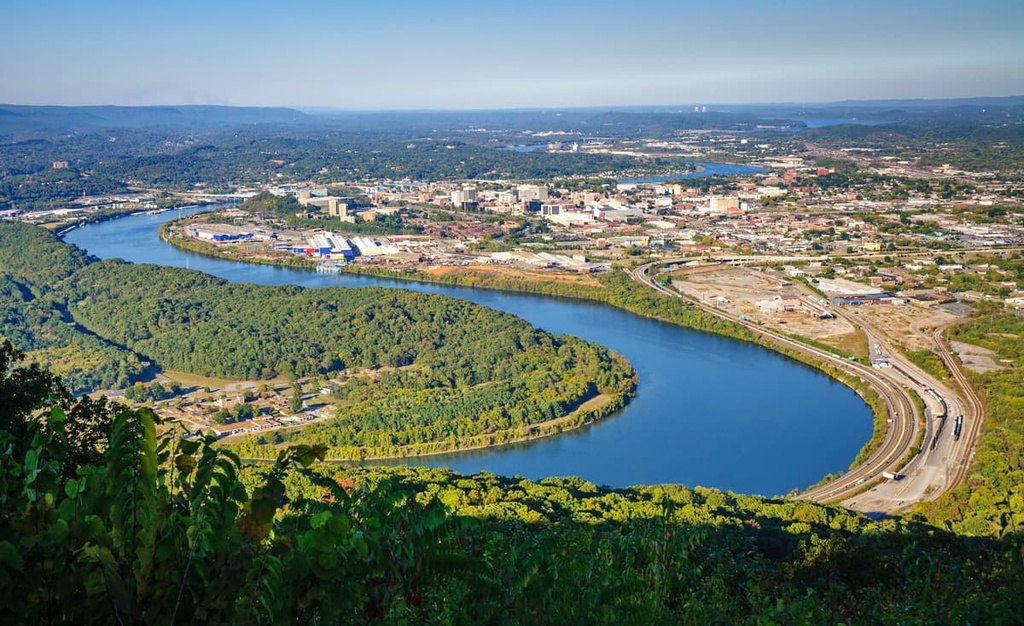 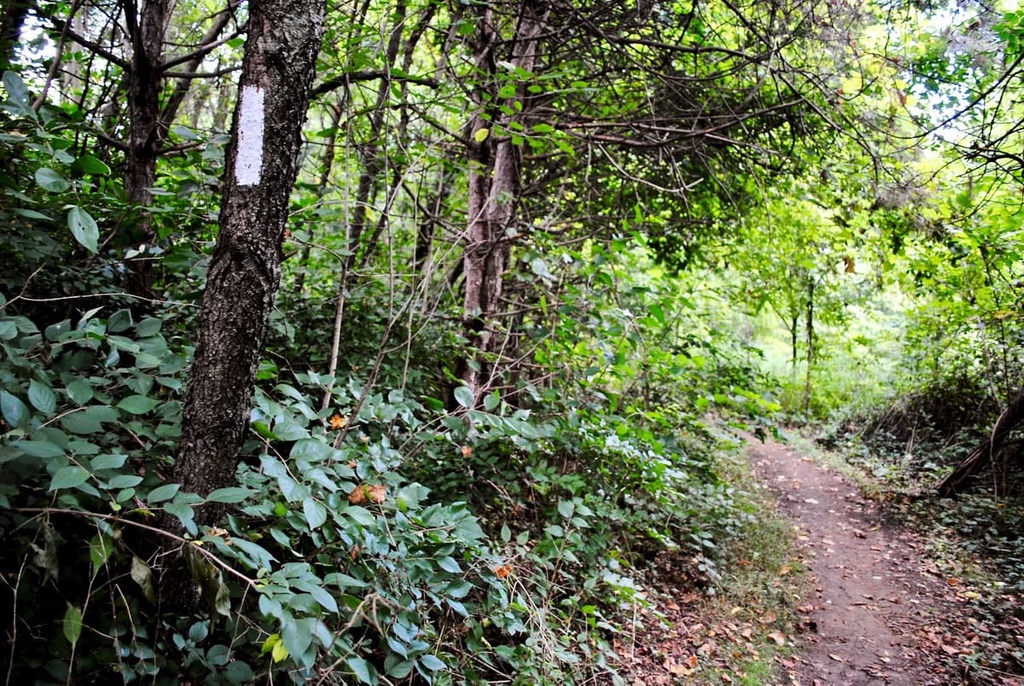 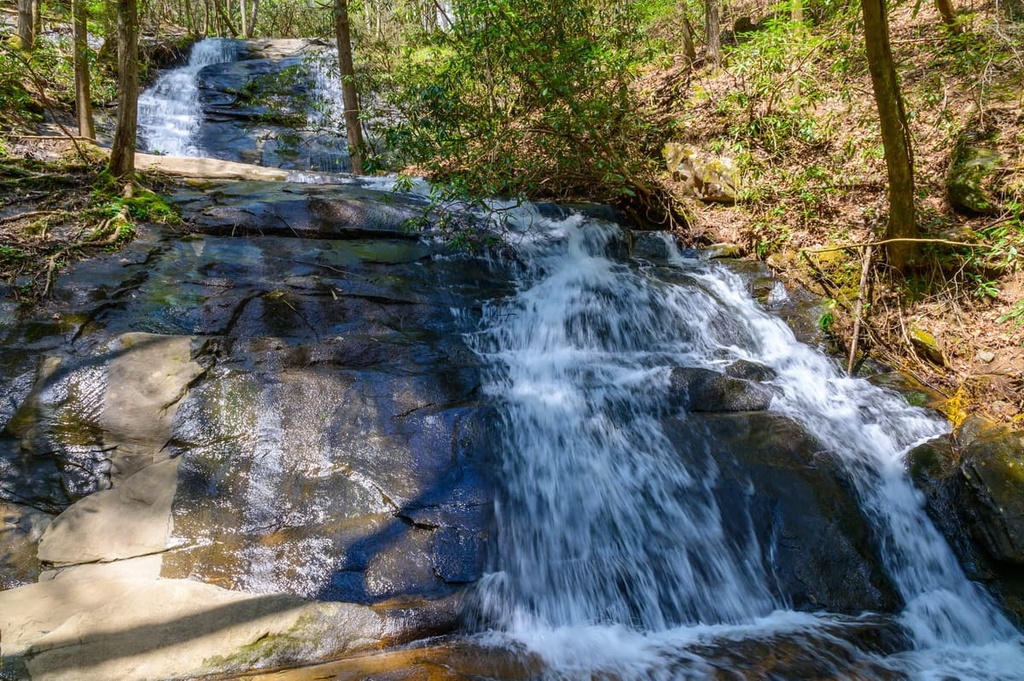 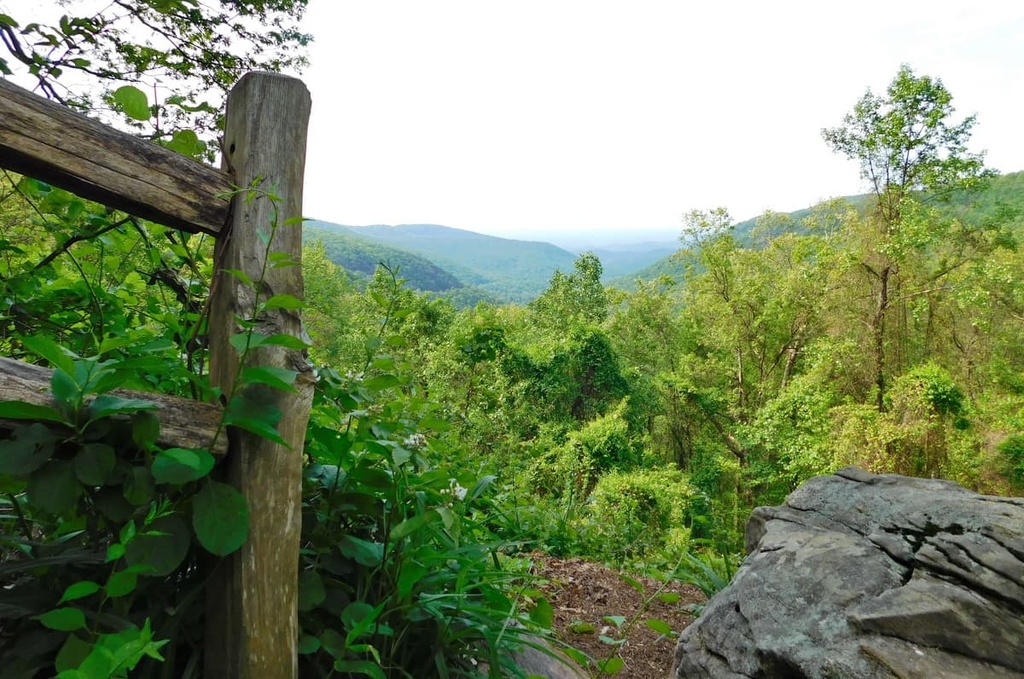 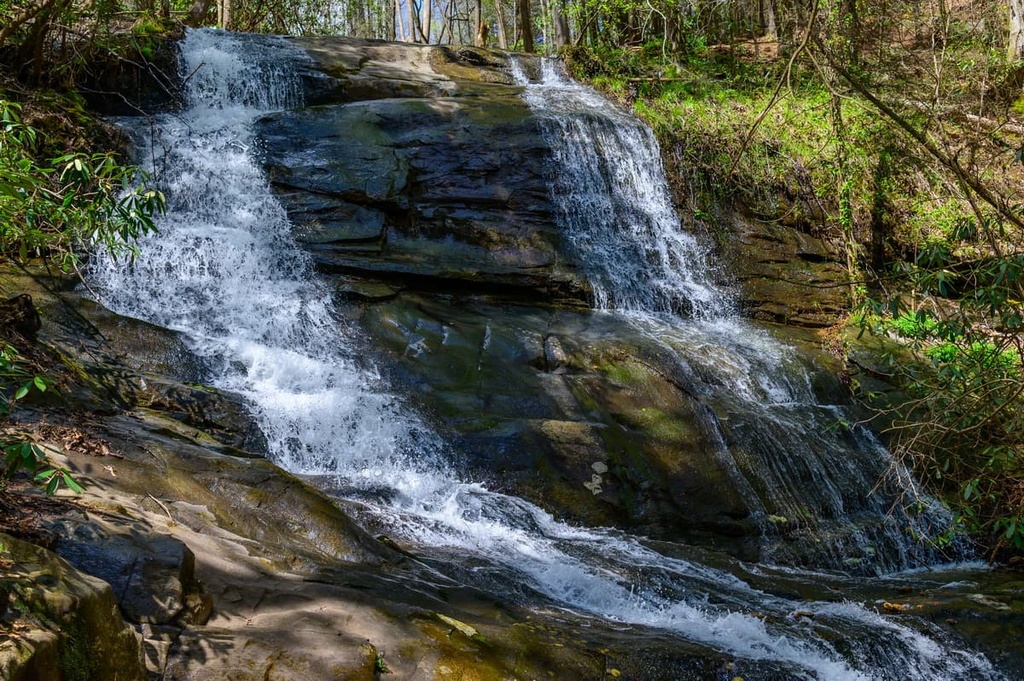