Featuring rolling hills and dense forest cover, the Notre Dame Mountains (Monts Notre-Dame) are a large chain of peaks and high points that cover much of the eastern part of the Canadaian province of Québec to the south of the Saint Lawrence River. The range contains 485 named mountains, the highest and most prominent of which is Mont Jacques-Cartier (1,276m/4,186ft) 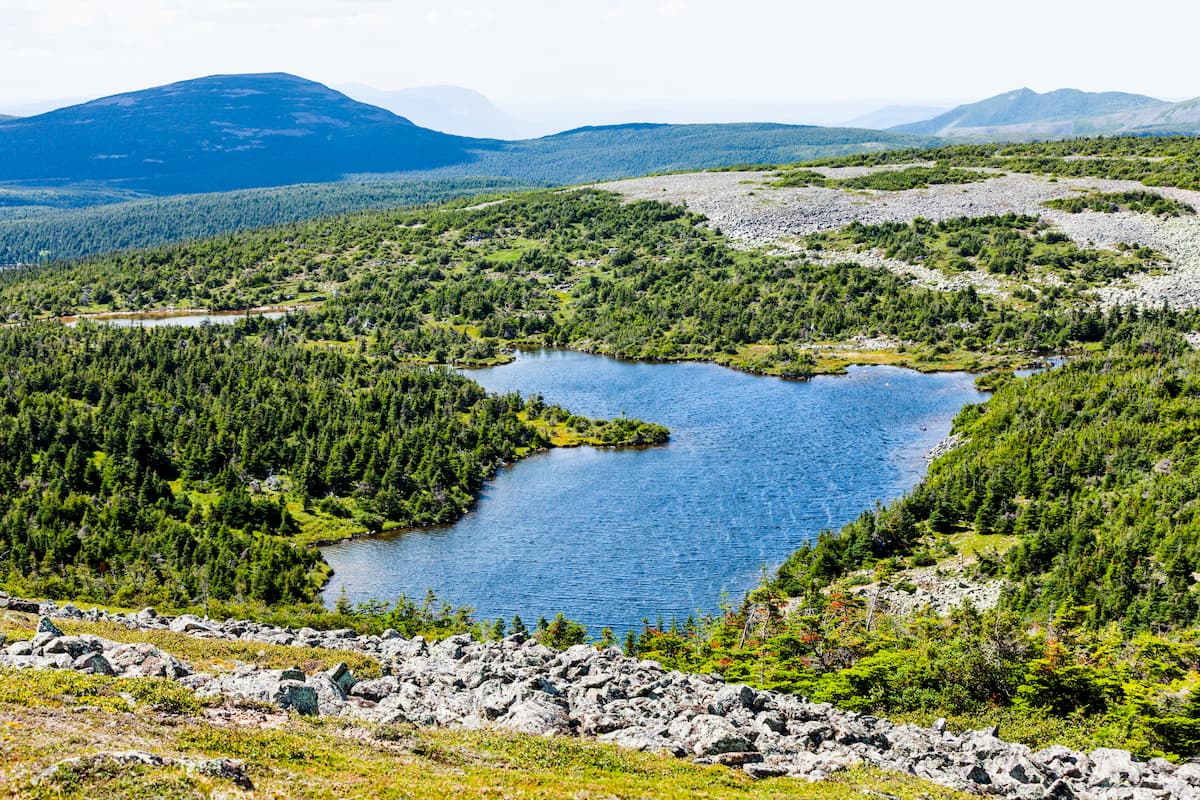 The Notre Dame Mountains are located principally within the eastern part of the Canadian province of Québec however they cross briefly into the northwestern part of New Brunswick and slightly into the US state of Maine.

Within Québec, the range covers parts of a number of different regions, including Montérégie, Centre-du-Québec, Estrie, Chaudière-Appalaches, Bas-Saint-Laurent, and Gaspésie-Îles-de-la-Madeleine. The range is located entirely south of the St Lawrence River (fleuve Saint-Laurent), as it runs from just east of the city of Montréal north to the Gaspésie.

It is bordered to the south by a number of rangs, including the southern edge of the Canadian Appalachians, the Adirondack Mountains, the Green Mountains, the Mahoosuc Range, the White Mountains, the New England Upland, and the Longfellow Mountains. Meanwhile, to the north of the St. Lawrence River, the Notre Dame Mountains are bordered by the Laurentian Mountains, which cover much of central Québec as well as part of Labrador.

Within the Notre Dame Mountains there are a few notable subranges, including the Chic Chocs (monts Chic-Chocs). There are also a number of national and regional parks, such as:

The range also contains a significant number of wildlife and ecological reserves, including:

Moreover, there are quite a few “controlled harvesting zones” or zone d'exploitation contrôlée (ZEC) within the Notre Dame Mountains, including:

Within these areas, visitors can enjoy various outdoor activities, such as hunting, fishing, hiking, canoeing, biking, and rock climbing.

The Taconic orogeny was also responsible for the formation of much of the northern Appalachians, including the Green Mountains, the Longfellow Mountains, and the Long Range Mountains.

Within the Notre Dame Mountains, the bedrock is predominantly sedimentary, including limestones, mudstones, conglomerates, and sandstones. However, the region also experienced pockets of metamorphism and deformation during the Taconic orogeny.

Additionally, the region in and around the Notre Dame Mountains experienced significant glaciation during the Pleistocene. From about 80,000 to 18,000 years ago, thousands of meters of ice covered the region, carving out many of the geological features that we see today.

Found throughout much of Québec (except the Gaspésie), as well as the majority of Nova Scotia and inland New Brunswick, the New England/Acadian Forests is a mixed temperate broadleaf and coniferous woodland.

While the region used to be heavily forested, after centuries of agriculture, the land is now a mosaic of forests, agricultural land, and developed areas. Moreover, the region is considered a transition zone between the deciduous forests found to the south and the boreal forests to the north.

In the forested areas of this ecoregion, wildlife is abundant, with a decent number of mid to large-sized mammals, such as black bears, beavers, snowshoe hare, red fox and moose. Birds are also well-distributed throughout the region with many notable species, such as ospreys, bald eagles, red tailed hawks, herons, mallards, and kingfishers.

Located mostly in the Gaspésie of Québec, northern Nova Scotia, as well as throughout Newfoundland and Labrador, the East Canadian Forests are a mostly coniferous forest of white spruce, black spruce, and balsam fir, with pockets of paper birch and aspens.

This ecoregion is particularly important as a seabird breeding ground, especially for eider ducks. Mammals, such as moose, Canada lynx, black bears, snowshoe hares, and red fox are also found throughout the ecoregion.

Humans have lived in the region in and around the Notre Dame Mountains for thousands of years. Many groups consider the region to be their ancestral homelands, including the tribes of the Wabanaki Confederacy and the Huron-Wendat Nation, among others.

During the late 1600s, much of the Bas-Saint-Laurent region was split up into seigniories, or plots of land held by feudal lords, starting a long period of colonization in the region. About one century later, France ceded nearly all of their North American claims to the British under the 1762 Treaty of Paris.

However, unlike the Maritime Provinces to the east, which became destinations for many people of the Irish and Scottish diasporas, Québec held onto its French heritage, becoming the only predominantly French-speaking province in Canada.

Moreover, the region in and around the Notre Dame Mountains is the most populous part of the province, though, it's worth noting that the capital of Québec City is technically located outside of the range, just to the north of the Saint Lawrence River. However, the city of Montreal in the southernmost part of the range, is home to about 1.8 million people, which is a substantial portion of the 8.5 million people that live in the province.

There are many fantastic hiking and outdoor recreation areas within the Notre Dame Mountains. The range's proximity to both Montréal and Québec City - two of the province's major population centers - also makes it a popular destination for outdoor recreation. Here are some of the best places to check out:

The park is home to some excellent hiking and skiing areas. It is also the prime habitat for the only population of caribou that's found to the south of Canada's Saint Lawrence River.

Parc national de Forillon (Forillon National Park) is situated on the easternmost shore of the Gaspésie in Québec. The park contains 3 named mountains, the highest and most prominent of which is Montagne de Roche.

Interestingly, the formation of the park in the 1970s was a bit contentious because it resulted in the forced removal of over 200 families that had lived in the area. However, the House of Commons issued an official apology to these families in 2011.

Forillon is known for its stunning forests, sand dunes, sea cliffs, and salt marshes. It is home to a great array of seabirds and marine mammals, as well as an abundance of terrestrial mammals, like black bears, moose, snowshoe hares, beavers, lynx, ermines, and mink.

There are plenty of great hiking trails within the park. Visitors can also go to see the historic site at Fort Péninsule, which was a military installation during World War II.

Nestled on the shores of the Saint Lawrence River approximately 15km (9.3mi) to the northwest of the city of Rimouski, parc national du Bic (Bic National Park) is a protected area that's known for its fantastic rocky, coastal landscape. Despite its small size, parc national du Bic is home to 9 named mountains, the highest and most prominent of which is Pic Champlain.

The park contains a number of popular hiking areas, many of which provide a chance to see the region's wildlife, rocky coastline, and rich cultural history. Moreover, the park has a few sizable campgrounds for visitors to choose from.

The Notre Dame Mountains are located in one of the most heavily populated regions of Québec. Here are some of the best places to stay if you're visiting the area.

Montréal is the largest city in Québec and the second largest city in Canada with approximately 1.8 million people. It is located at the southern end of the Notre Dame Mountains on the island of Montréal, which is in the middle of the Saint Lawrence River.

The city is a commercial, financial, technological, educational, and cultural center for the region. It is a popular tourist destination and it is home to the oldest hockey team in North America, the Montreal Canadiens (le Club de hockey Canadien).

Montréal is well connected by road and by train. In fact, Amtrak's Adirondack route offers daily rail links to New York City, New York. The city also has a major international airport, which is the third busiest in Canada by passenger traffic.

Québec City (Ville de Québec) is the capital and second largest city in the province of Québec. It is situated about 3 hours to the north of Montréal along the Saint Lawrence River.

Although Québec City is technically located just north of the Notre Dame Mountains, it is an important cultural center for the region. Its old town is home to the only remaining fortified city walls in either the USA or Canada and is a UNESCO World Heritage Site.

Québec City is linked to the rest of the province by road. It is also home to a major seaport and to an international airport, which also serves as an important link to the more rural parts of Québec and Atlantic Canada.

The city of Rimouski is home to approximately 48,000 residents. It is about 3 hours north of Québec City on the southern shore of the Saint Lawrence, which makes it a good starting point for adventures further to the east in the Gaspésie.

Rimouski is an important center for maritime-based commerce, thanks to its large port. It has a small airport, the Mont-Joli Airport, which offers regularly scheduled flights to Québec City, Montréal, as well as a number of smaller regional airports in both Québec and Atlantic Canada. 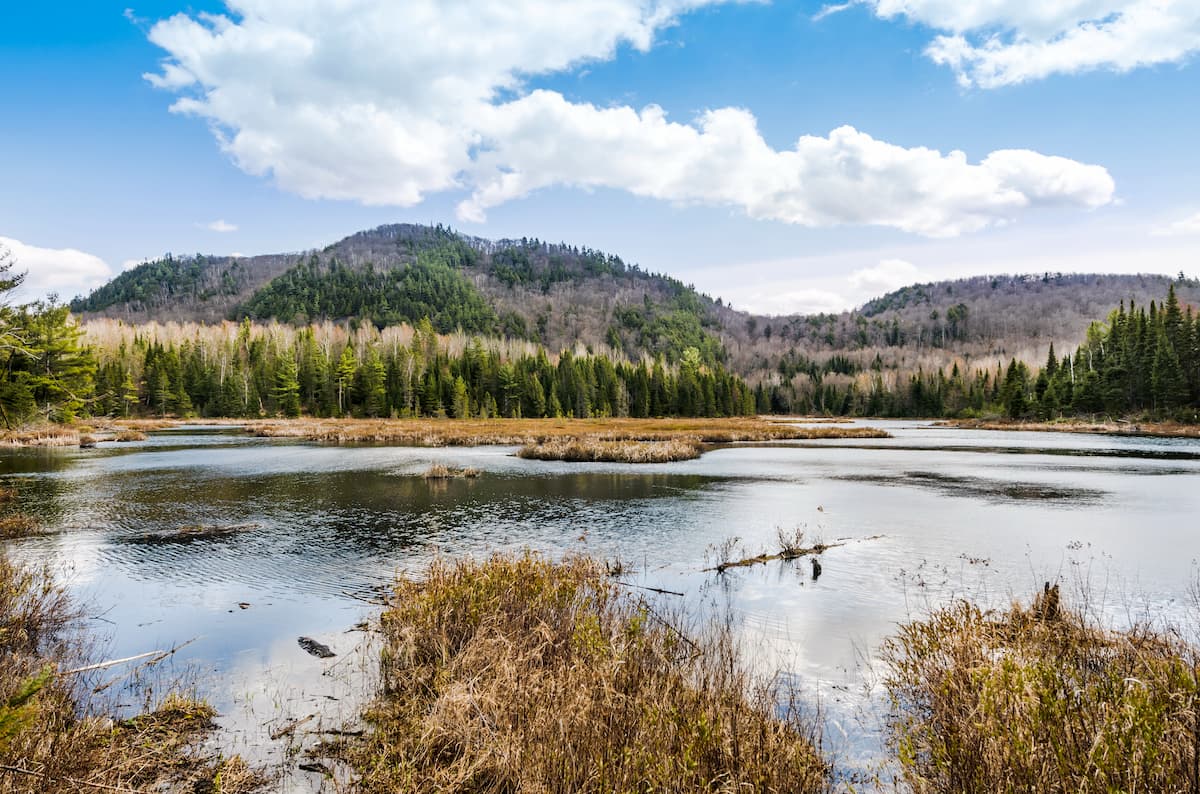 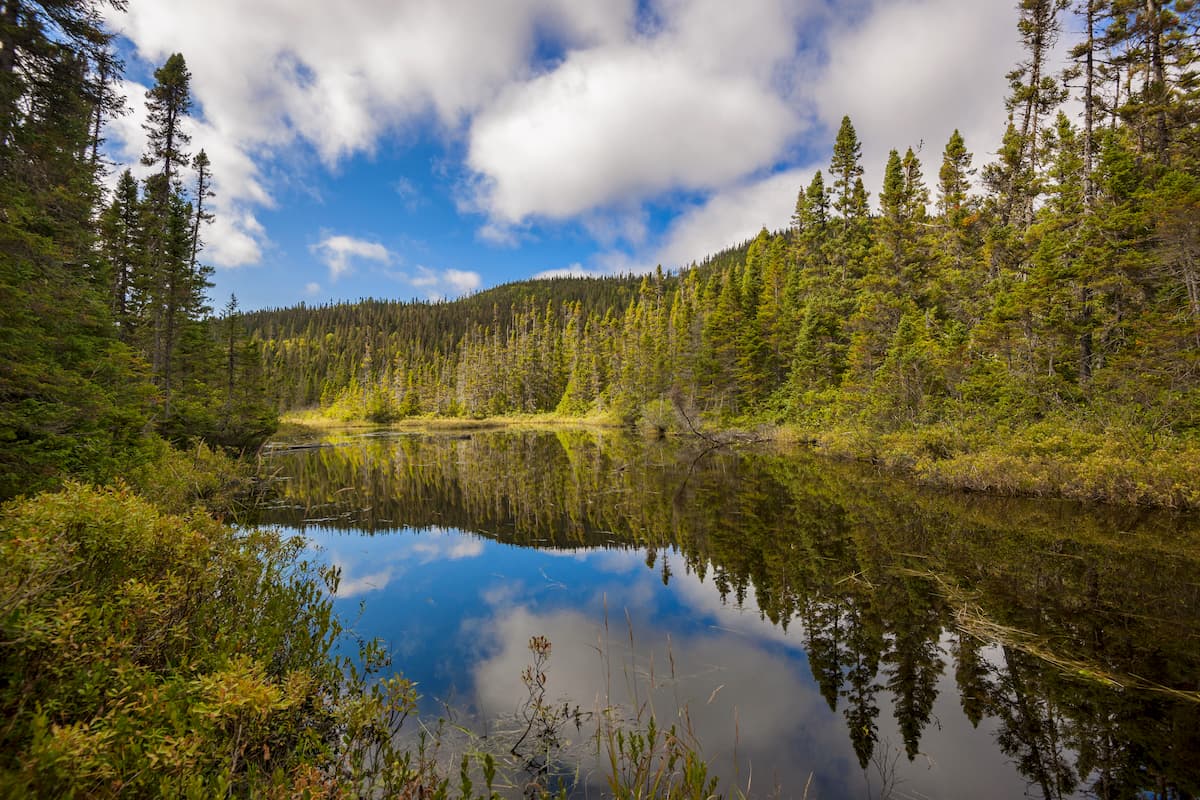 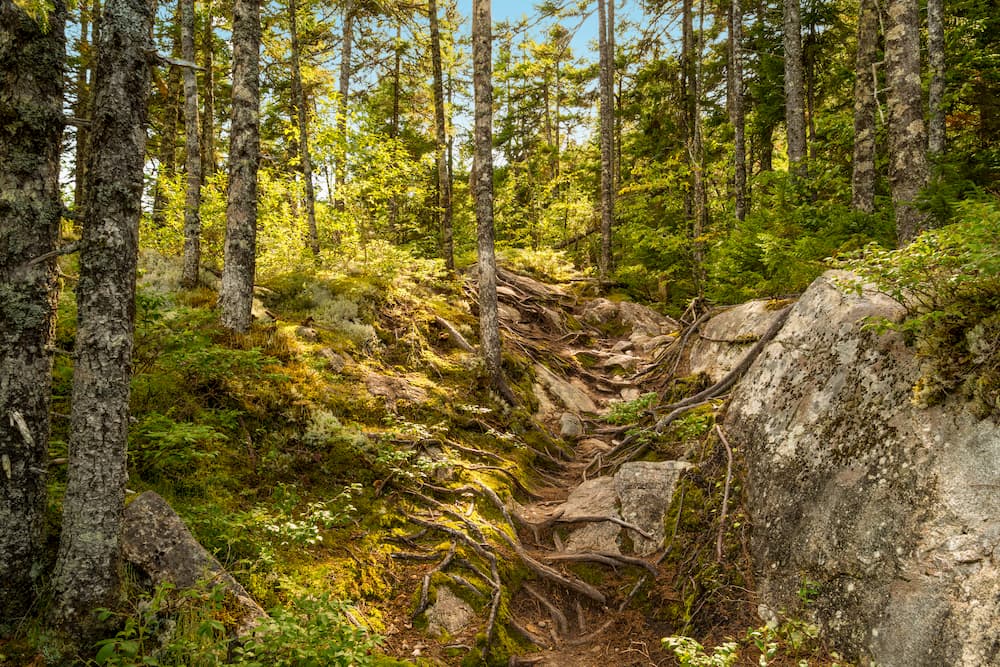 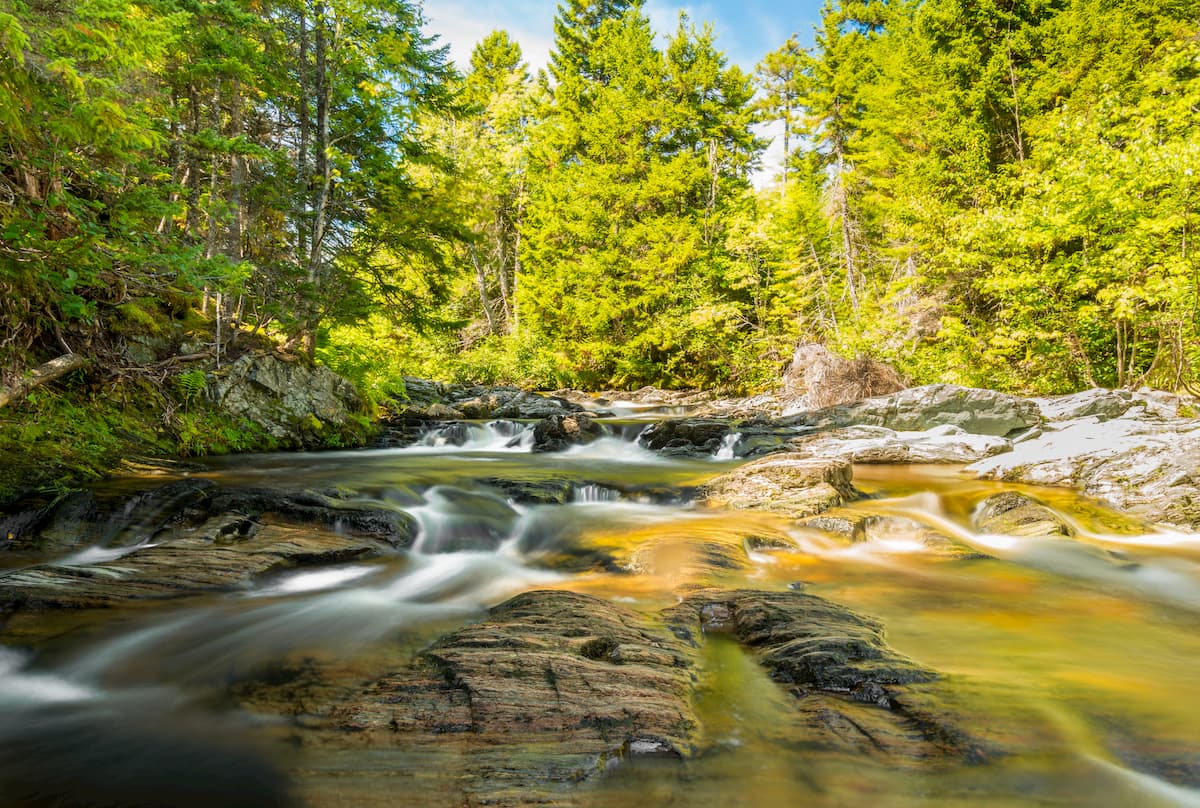 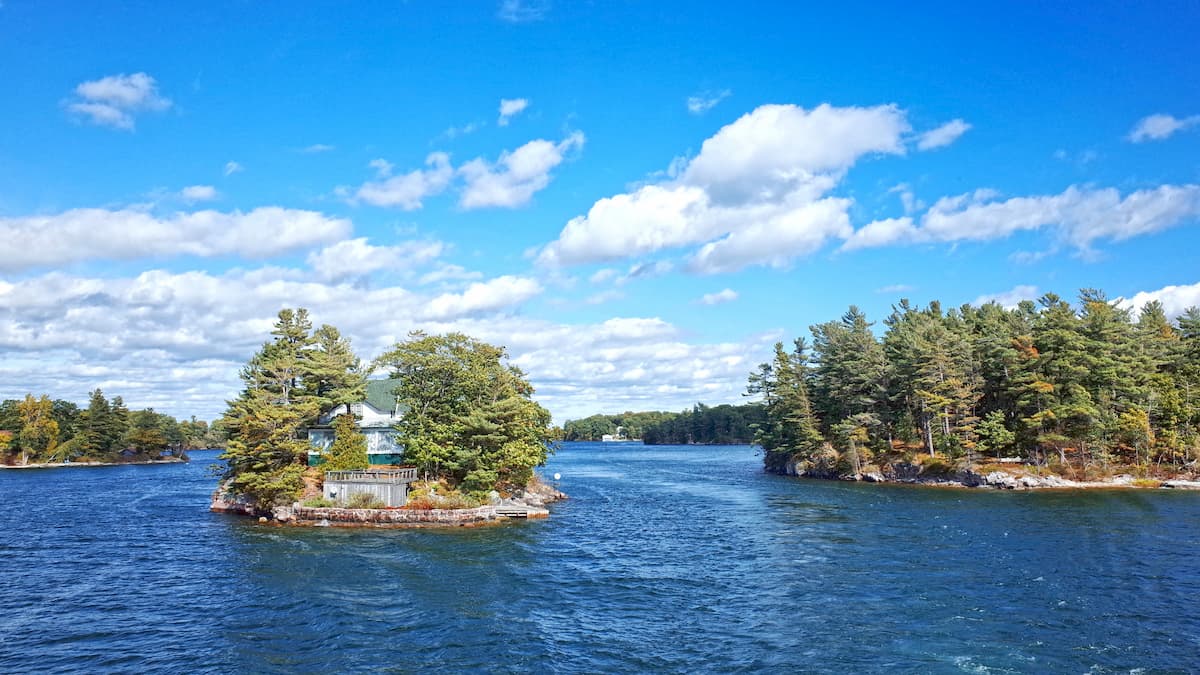