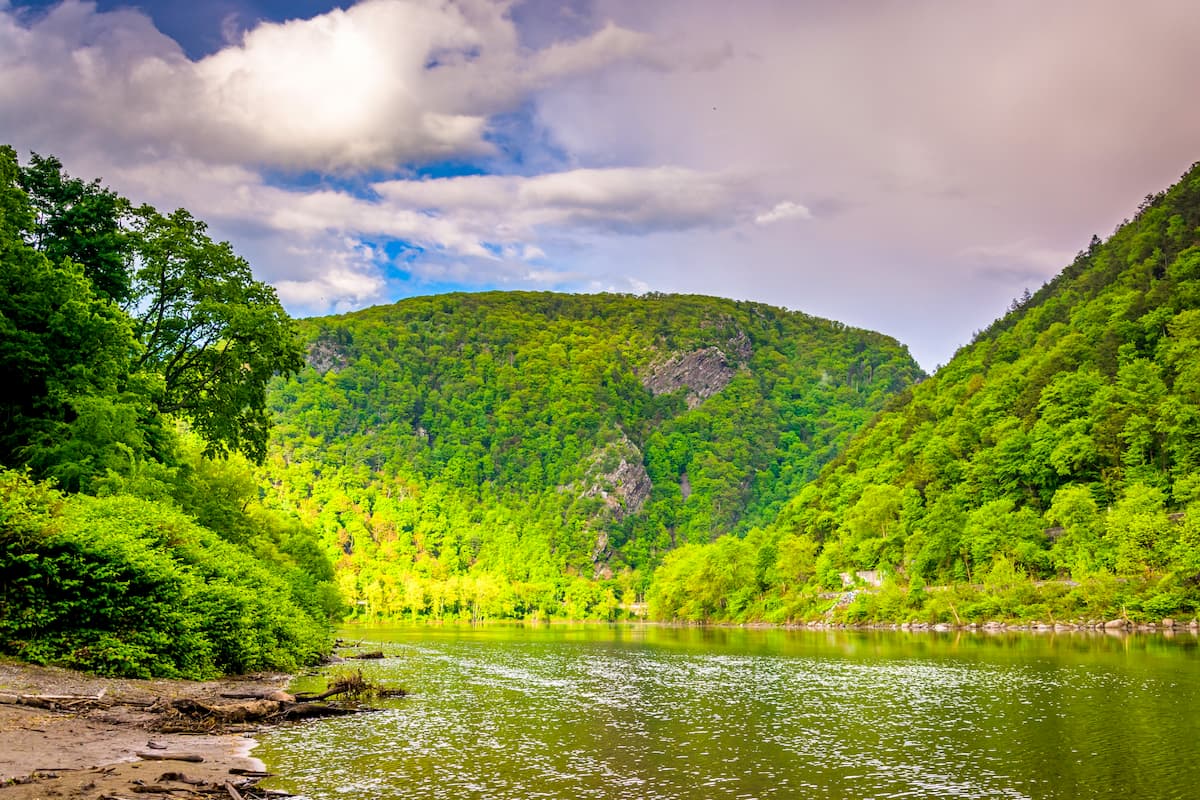 The Kittatinny Mountains straddle the border between northwestern New Jersey and northeastern Pennsylvania. They are bordered to the south by the Delaware Water Gap and I-80, just to the east of the town of East Stroudsburg, Pennsylvania.

To the north, the Kittatinny Mountains are bordered by I-84, as well as the towns of Milford, PA and Montague, NJ. Parts of the ridge are within Worthington State Forest and Delaware Water Gap National Recreation Area.

Additionally, the Kittatinny Mountains are adjacent to both Stokes State Forest and High Point State Park, the latter of which is home to New Jersey’s state high point, the aptly named High Point.

Much of the range is comprised of Silurian-age Shawangunk conglomerate, which is also found in New York State’s famed Shawangunk “Gunks” climbing area. This rock is hard and resistant to weathering, which makes it a particularly good source of building stone.

During the last glacial maximum, the Kittatinny Mountains were covered by an extensive layer of ice. These helped to shape the ridge that we see today, and also left behind a number of post-glacial landforms, such as kettles, moraines, and blockfields, particularly around Stokes State Forest.

The ridge is also well known for having four major rivers cutting through it. These include the Delaware River, the Lehigh River, the Schuylkill River, and the Susquehanna River, all of which drain into either the Delaware Bay or the Chesapeake Bay.

The flora of the Kittatinny Mountains is typical of the region, with dense deciduous forests of oak, walnut, ash, elm, birches, sycamores, beeches, chestnuts, and hickories. Various heaths, such as rhododendron and wild blueberry are also found in the range.

Notable wildlife in the Kittatinny Mountains include bobcats, beaver, black bears, and white-tailed deer. The region is part of the mountain lion’s historic range, though there haven’t been confirmed sightings in many years.

Birds are abundant in the region, particularly red tail hawks and turkey vultures. The lakes within the area are also naturally stocked with fish, including trout and pickerel.

For thousands of years, the Kittatinny Mountains and the surrounding area were inhabited by the Lenape people, among countless others.

After the arrival of the Europeans in the early 17th century, the Dutch and the Swedish created their first colonies in the area, starting a process of pushing the Lenape off of their land. Over the years, the English took control of the region, which has long been a strategic location due to its proximity to a number of major bodies of water, as well as the port of New York City.

In the 18th and 19th centuries, there was a brief period of mining within the Kittatinny Mountains. During the 1750s, there was a small copper mining operation at the Pahaquarry Copper Mine, though it was not profitable. The 1880s saw a small silver mine operation, led by John Snook, which extracted a decent amount of silver ore, but the region’s supply was depleted quite quickly.

Another major protected area in the Kittatinny Mountains includes the Delaware Water Gap National Recreation Area, which was designated in 1964 to protect the Delaware River.

These days, the Kittatinny Mountains provide excellent recreation opportunities to the region’s many residents, as well as for those looking to escape the hustle and bustle of life in New York City.

Here are some of the best hiking areas in the Kittatinny Mountains:

The hike to the summit of Mount Tammany follows a steep and rocky 3.5 mile (5.6km) trail. It offers a great overlook of the Delaware Water Gap, as well as good views of nearby Mount Minsi.

The Kittatinny Mountains are located near some of the most densely populated areas in the United States. Here are some of the best places to stay before or after your visit to the range:

Wilkes-Barre is located to the west of the Kittatinny Mountains along the Susquehanna River. It is home to over 40,000 residents and is the county seat of Luzerne County.

Just outside the city is the Wilkes-Barre/Scranton International Airport, which offers regular air service to major airports around the country. Wilkes-Barre is also serviced by Interstate I-81 and has some intercity bus service to New York City and Philadelphia.

With a population of over 280,000 people, Newark is the largest city in the state of New Jersey. It is a major shipping hub, thanks to its strategic location at the head of the Passaic River and its proximity to the Port of New York.

Newark Liberty International Airport, although just outside of the city of Newark and in the state of New Jersey, is considered a New York City metropolitan area airport and offers excellent connections to locations around the globe. The city also has great rail, bus, and road links to other major cities on the Eastern Seaboard.

New York City is the largest and most densely populated city in the United States, with over 8.3 million residents. A global center for tourism, commerce, and the arts, New York is one of the best places to start your travels if you’re coming from further afield.

The city has three major airports (one of which is in Newark), as well as great train, bus, and road connections to the Kittatinny Mountains, as well as the rest of eastern United States. 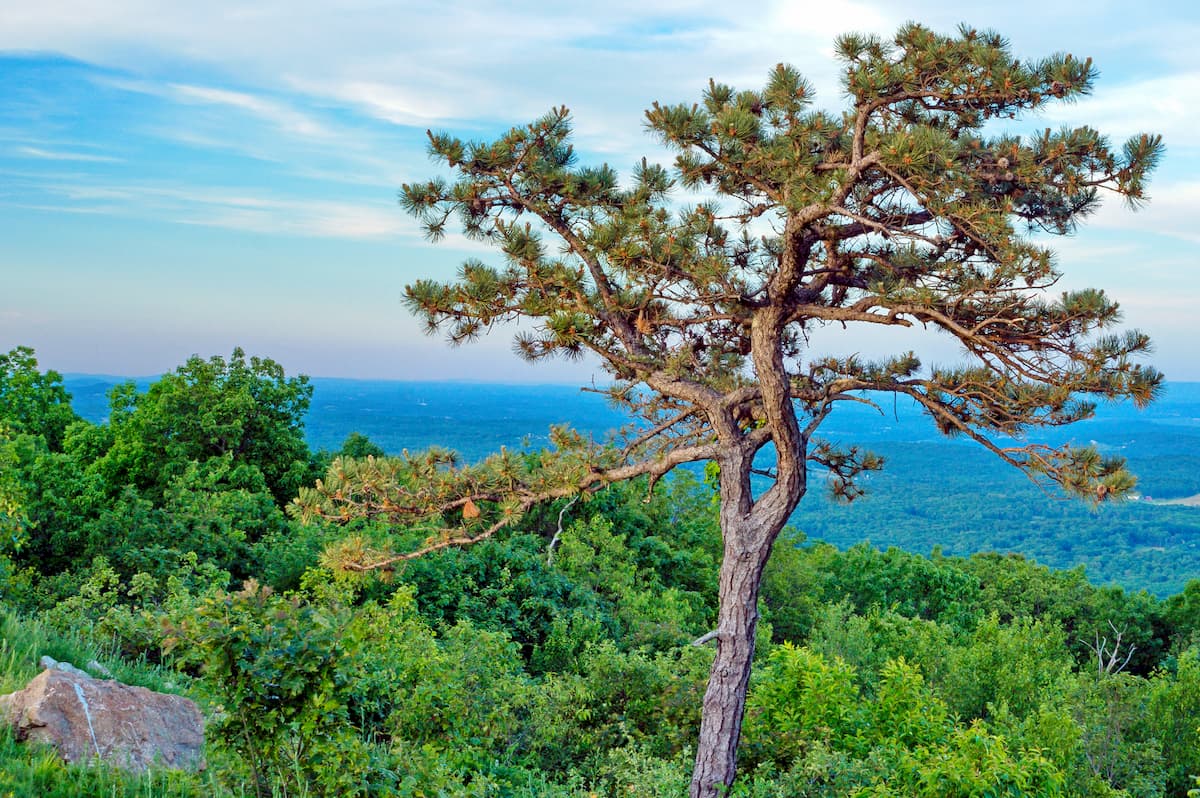 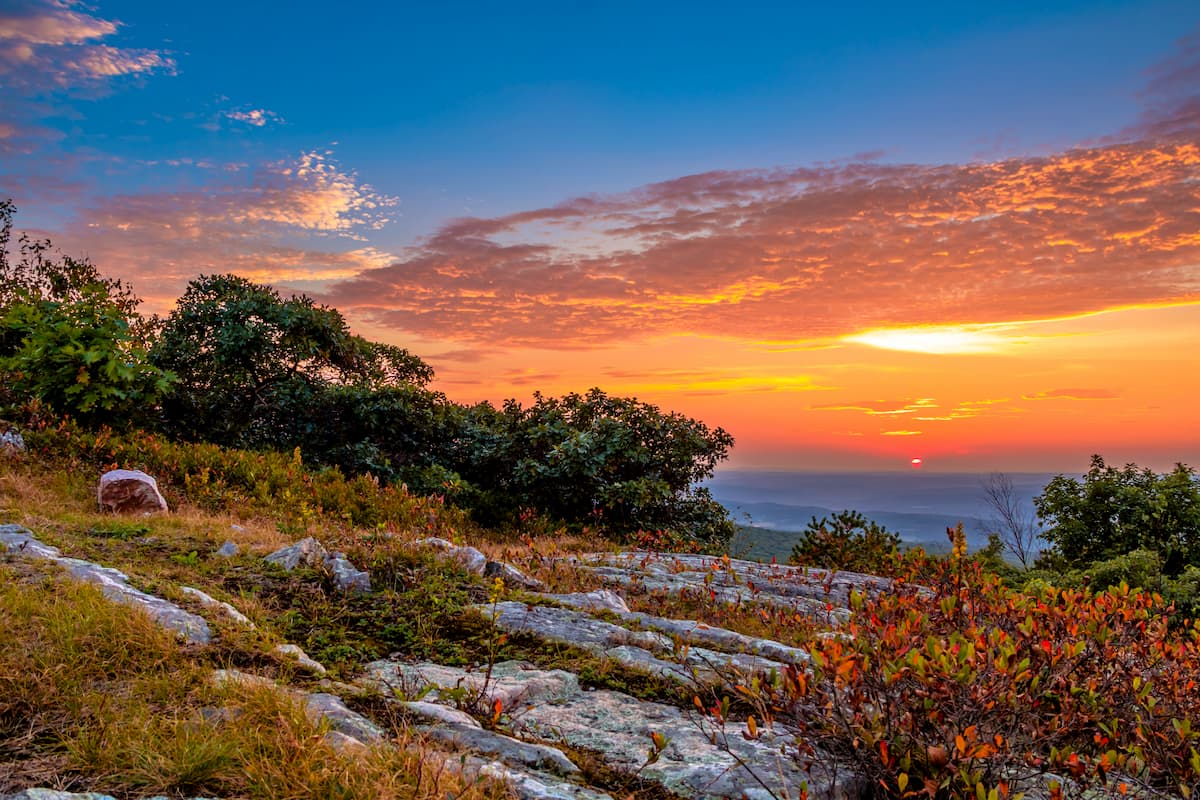 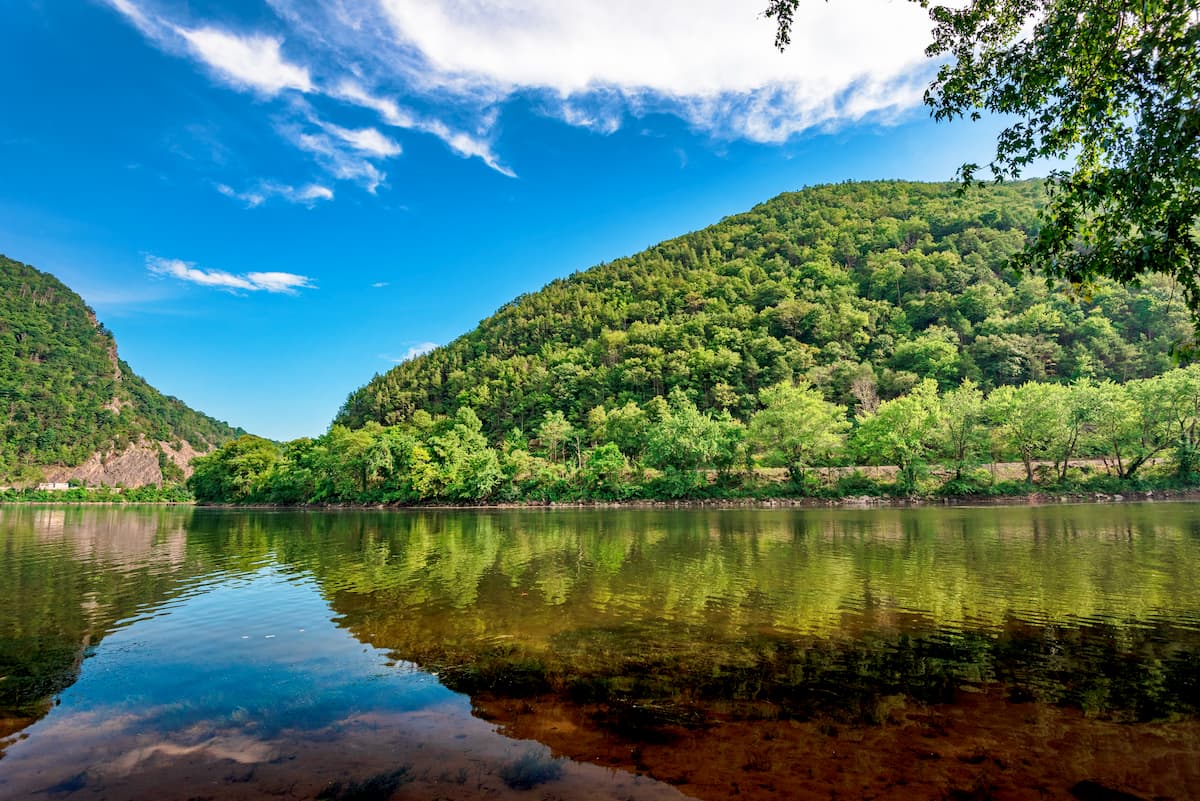 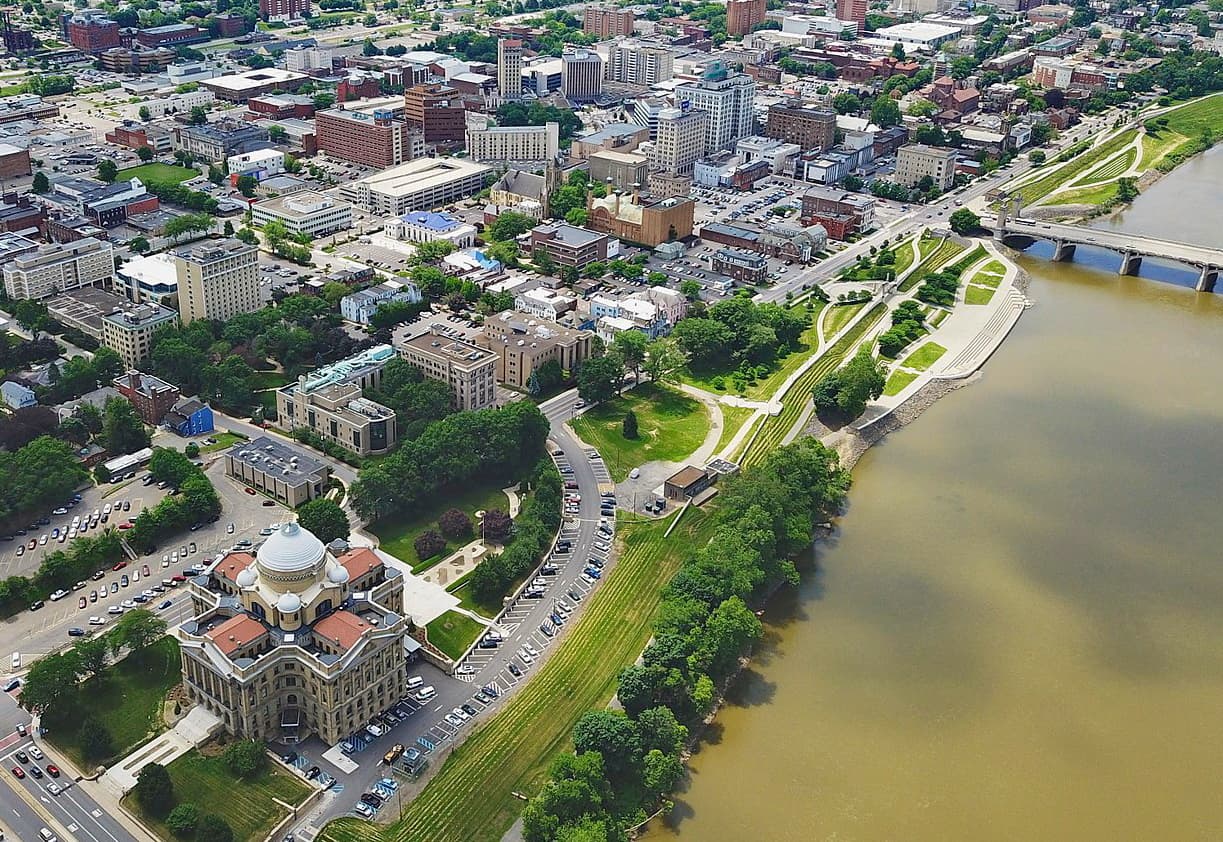 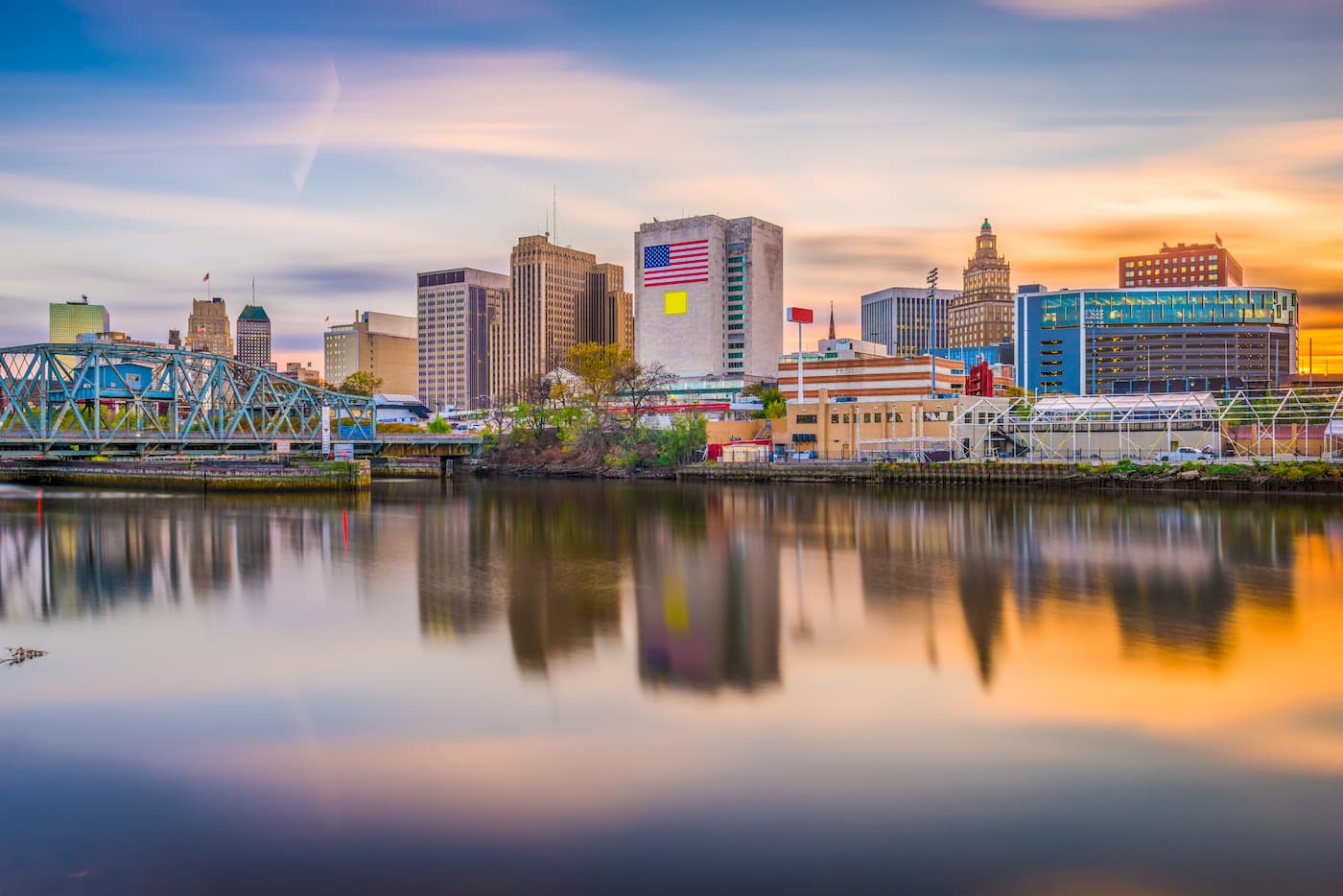 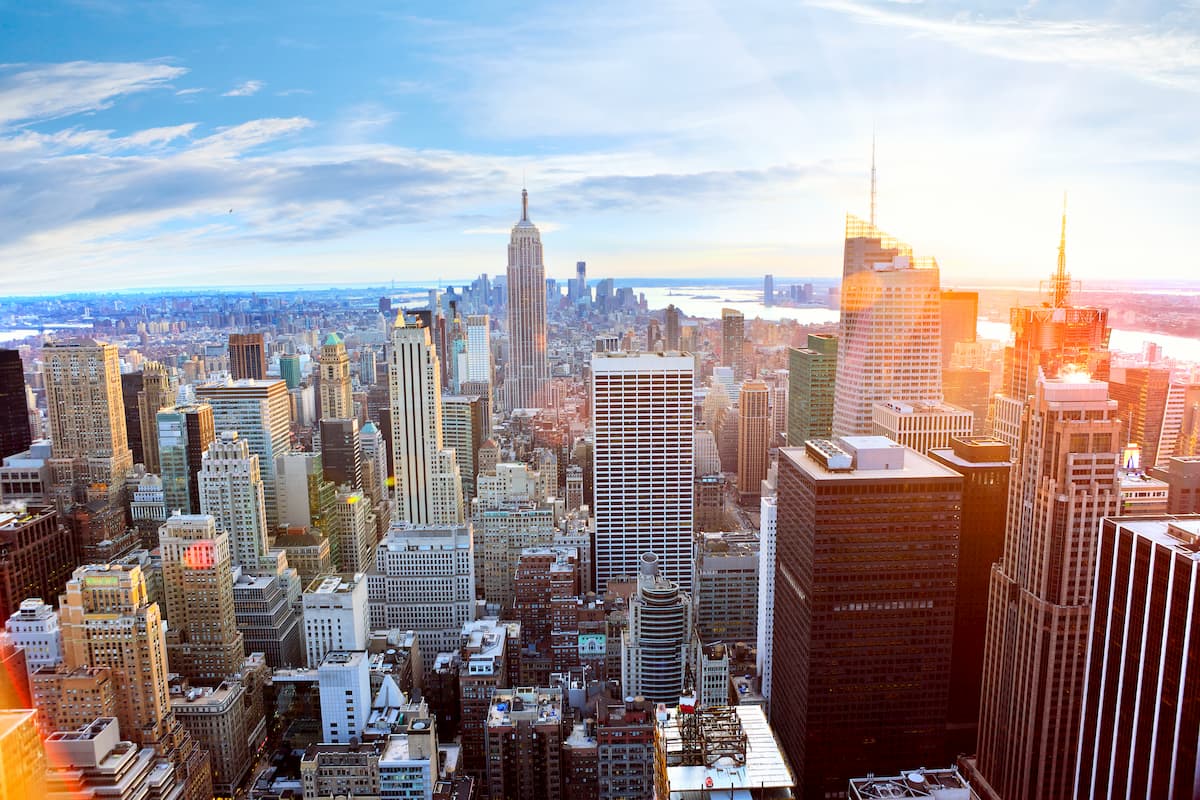