1 737 m
Elevation
Elevation is the altitude of a place
above sea level.

Proportional Prominence 1 052 m
Location
44.30409 N  -71.316936 W
Mount Jefferson is located in Coos County, New Hampshire, and is the third highest mountain in the state. The mountain is named after Thomas Jefferson, the third president of the United States, and is part of the Presidential Range of the White Mountains. Mount Jefferson is flanked by Mount Adams (to the northeast) and Mount Clay (to the south).

The mountain has several interesting features, making it a popular hike. Two distinct ridges lead to its summit: Ridge of the Caps and Castle Ridge. The mountain is surrounded by the three dramatic glacial cirques of Jefferson Ravine, Castle Ravine, and the Great Gulf. Finally, Monticello Lawn is a large expanse of alpine sedge and rush near the otherwise talus-covered summit cone. When viewed from the Mount Washington Auto Road, Jefferson features an arrow-shaped bald patch pointing to its summit.

Mount Jefferson has a direct ascent along the Caps Ridge Trail, whose base, Jefferson Notch, is the highest point of any public road in New Hampshire at 3,009 feet (917 m). This route, gaining only 2,700 feet (823 m) vertically to the summit, results in it having the least distance of ascent of any Presidential mountain (about 2.5 miles). However, climbing over the "caps" involves some exposed scrambling and can be steep and challenging at times.
There's a hiking trail (T2) called Caps Ridge Trail leading to the summit. Mount Jefferson is one of the 2 peaks along the Caps Ridge Trail. 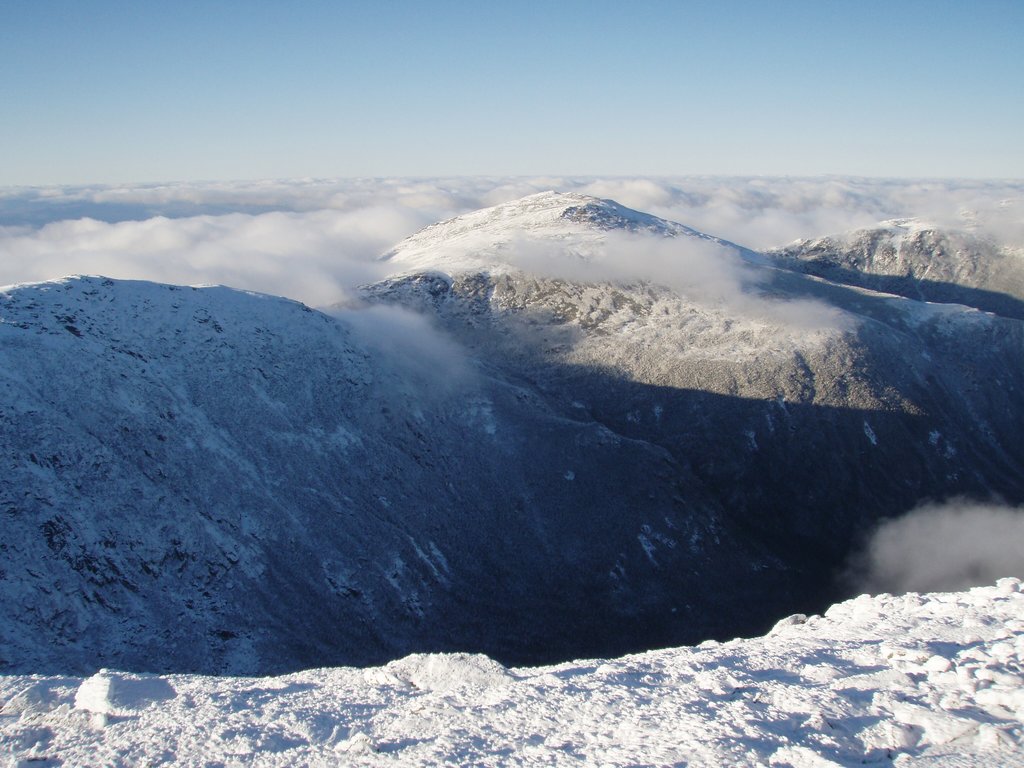