Nunavut
9
Mountains with prominence of 1 ⁠500 ⁠m / 4 ⁠921 ⁠ft or more.
Highpoint

Encompassing a whopping 1/5th of Canada’s total landmass and nearly 1 million square miles, Nunavut is Canada’s largest province. Nunavut was officially separated from the Northwest Territories on April 1st, 1999, making it the newest and most northerly territory of Canada. However, the province is also one of the most isolated and sparsely settled regions in the world. 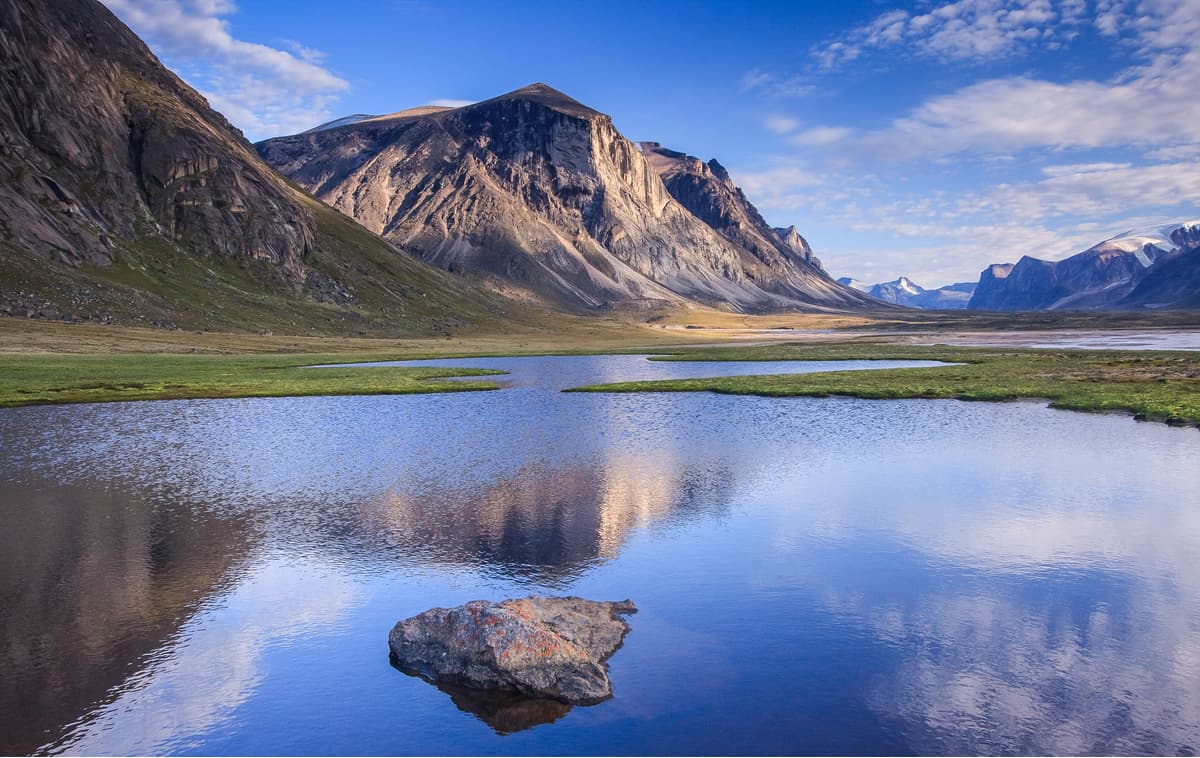 Nunavut not only houses the northernmost permanently inhabited place in the world, Alert, but is also Canada’s only geo-political region that is not connected to the rest of North America by highway. In fact, the entire territory has less than 20 miles of paved road.

Nunavut encompasses a major portion of Northern Canada and most of the Canadian Arctic Archipelago, including Ellesmere Island, eastern and southern portions of Victoria Island, and all islands in the Hudson, James, and Ungava Bays. Collectively, the northernmost cluster of islands in the Arctic Archipelago are referred to as the Queen Elizabeth Islands. These islands contain 14% of the world’s glaciers and ice caps. Permanent ice caps can be found on some of the larger Arctic islands, including Baffin, Devon, and Ellesmere, and a large part of the Arctic Archipelago is permanently covered in snow and ice.

The Arctic Cordillera, a vast and deeply dissected chain of mountain ranges spans most of the eastern coast of Nunavut. This mountain system is divided into a series of ranges, including the Baffin Mountains, Blue Mountains, Conger Range, Challenger Mountains, and United States Range. The tallest peak in the territory, Barbeau Peak, is tucked within the British Empire Range on Ellesmere Island.

This impressive summit is not only the highest point in the Canadian Arctic but is also considered the tallest peak in eastern North America. Ice-capped summits like Mount Whisler, Mount Oxford, and Arrowhead Mountain can also be found in the British Empire Range on Ellesmere Island, while striking summits like Mount Asgard, Mount Odin, Qiajivik Mountain, and Angilaaq Mountain are located on nearby Baffin Island and Bylot Island.

Nunavut contains 5 national parks, including the largest National Park in Canada – Quttinirpaaq National Park. The province also houses almost a dozen territorial parks, several bird sanctuaries, and a handful of Wildlife areas. Most parks and wilderness areas are accessible for self-accessed day trips, though many will require, at minimum, extensive planning and/or a guide.

Auyuittuq National Park is Nunavut’s most accessible park, making it a particularly popular destination for hikers, mountaineers, skiers, and mountain climbers. Described as ‘a zig-zag skyline of craggy granite peaks and glistening glaciers,’ Auyuittuq not only contains some of the world’s tallest vertical cliff faces, but also houses jaw-dropping summits like Mount Thor and Mount Asgard. The most popular skiing and hiking trail in Auyuittuq is Akshayuk Pass, a 60-mile natural corridor between towering peaks and ice.

Quttinirpaaq, which translates to ‘top of the world,’ is the second most northerly park on Earth and one of the least visited parks in Canada. Those that opt to make the trek to Quttinirpaaq, however, have the opportunity to explore a remote and unspoiled landscape that is covered in remarkable icefields, glimmering glaciers, and imposing peaks. Quttinirpaaq Nanuvut’s tallest peak, Barbeau Peak, as well as several other iconic summits like Mount Whisler, Commonwealth Mountain, and Mount Oxford.

All visitors to Quttinirpaaq National Park must register and attend a mandatory orientation session. Visitors are also expected to be self-reliant and savvy in backcountry navigation. There is no designated trail system and the park is only accessible via charter aircraft.

Arctic hare sits behind the shelter of a rock in Quttinirpaaq National Park on Ellesmere Island, Nunavut

Sirmilik National Park spans nearly 9,000 square miles of Nanuvut’s Arctic Cordillera. The park is best-known for its incredible biodiversity, rugged glaciers, and plethora of wildlife. Sirmilik is one of the country’s most remote and northern national parks, encompassing Bylot Island, Oliver Sound, and the Borden Peninsula. Visitors can hike, ski, kayak, dogsled, or simply kick back and appreciate the park’s incredible geographic features. Home to 16 glaciers, Bylot Island is generally the most popular destination for hiking. Visitors can hire local outfitters to take them to the island by either boat or snow machine, depending on the season, for a quick trek to Sermilik Glacier.

Iqaluit, the capital of Nunavut, sits at the northern end of Frobisher Bay near the mouth of the Sylvia Grinnell River. With a population just over 7,000 people, Iqaluit is a small but dynamic city centered around traditional Inuit culture. Iqaluit is also largely considered the entry point to Baffin Island and most visitors will check in to Iqaluit prior to exploring the surrounding parklands. Dog sledding, cross-country skiing, snowmobiling, canoeing, tobogganing, fishing, and hiking are popular activities in Iqaluit. Free camping can be found along the Sylvia Grinnell River, as well as a handful of hotels and restaurants.

Known as the ‘jewel of the north,’ Pond Inlet is a picturesque hamlet located on the northern tip of Baffin Island near the eastern entrance to the Northwest Passage. Pond Inlet is the perfect basecamp for exploring both Tamaarvik Territorial Park and Sirmilik National Park. Between May and June, Pond Inlet receives 24 hours of sunshine, making it the perfect time to explore nearby icebergs, inlets, fiords, glaciers, and peaks.

Resolute is a small Inuit hamlet on Cornwallis Island in Nunavut, Canada. Resolute is known as the ‘place with no dawn,’ due to its harsh, long winter nights. However, Resolute has an airport and serves as an excellent starting point to exploring Quttinirpaaq. The Tudjaat Co-op, part of the Arctic Co-operatives, runs a grocery/retail store and a hotel in Resolute. Accommodations also include the Narwhal Hotel, Qausuittuq Inns North, and South Camp Inn. 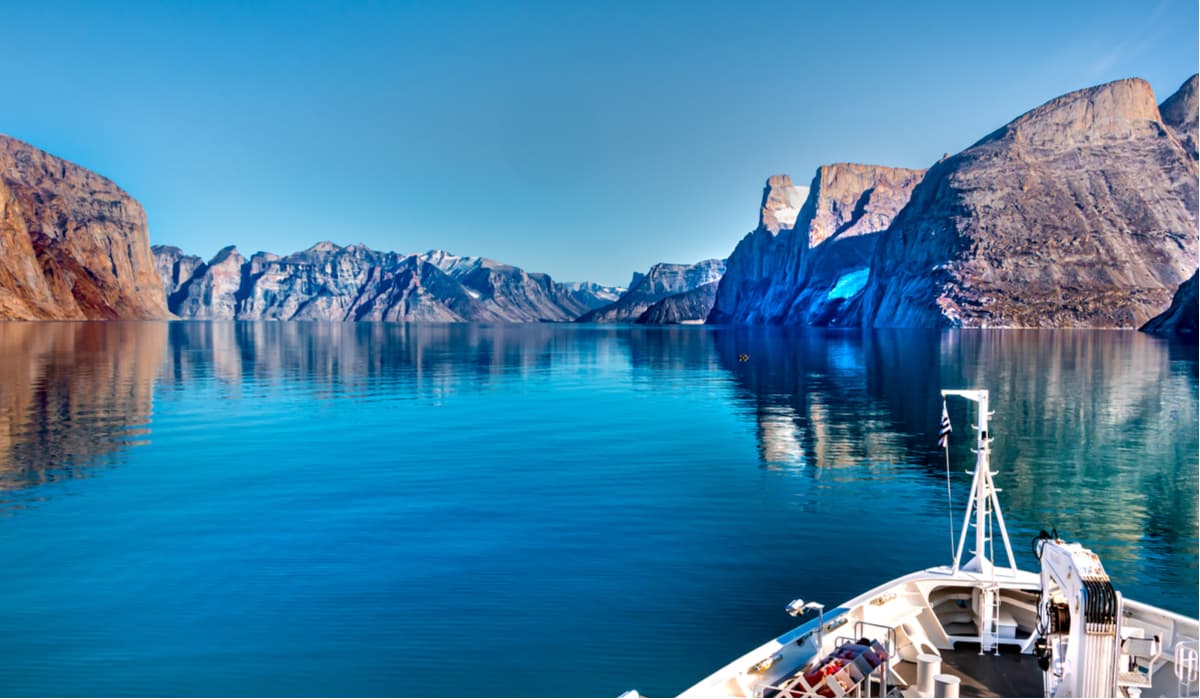 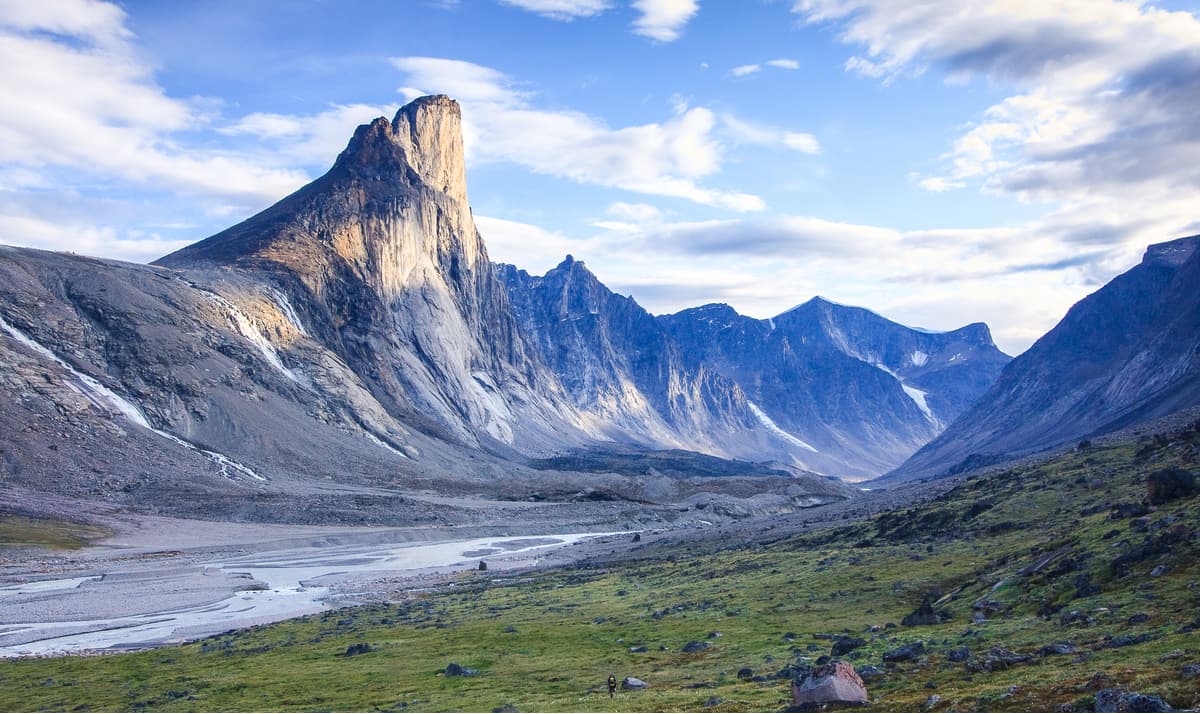 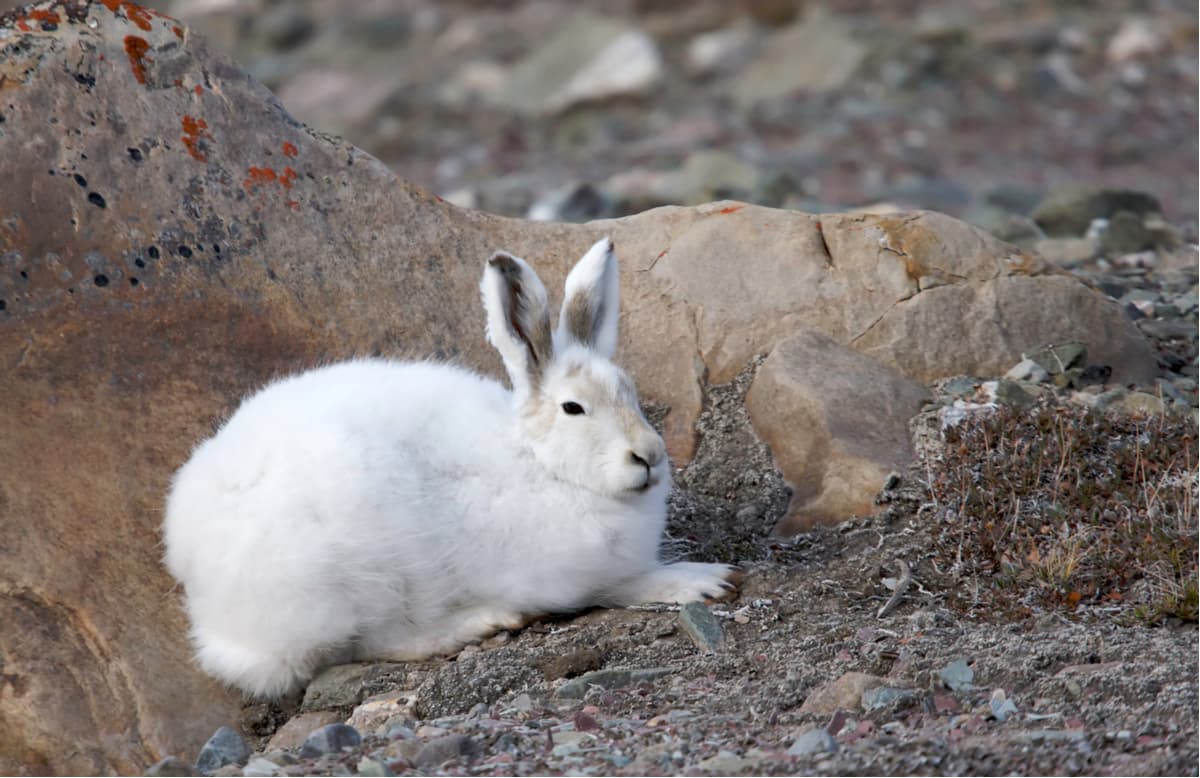 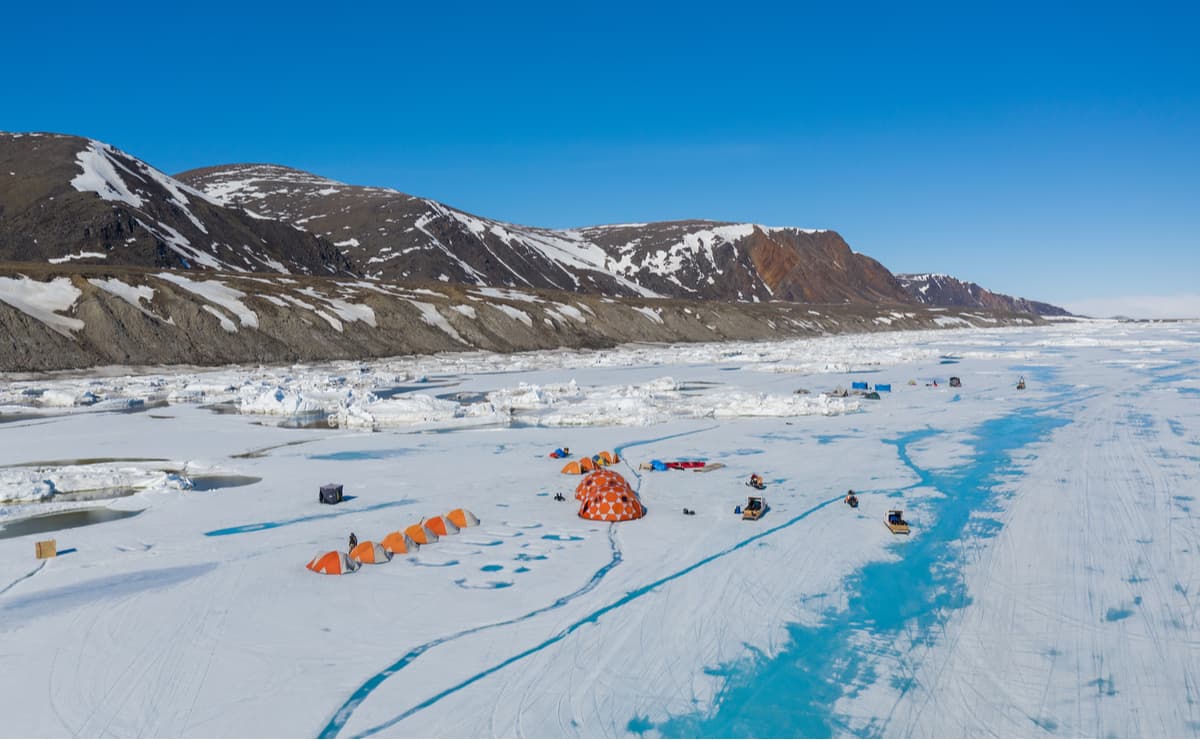 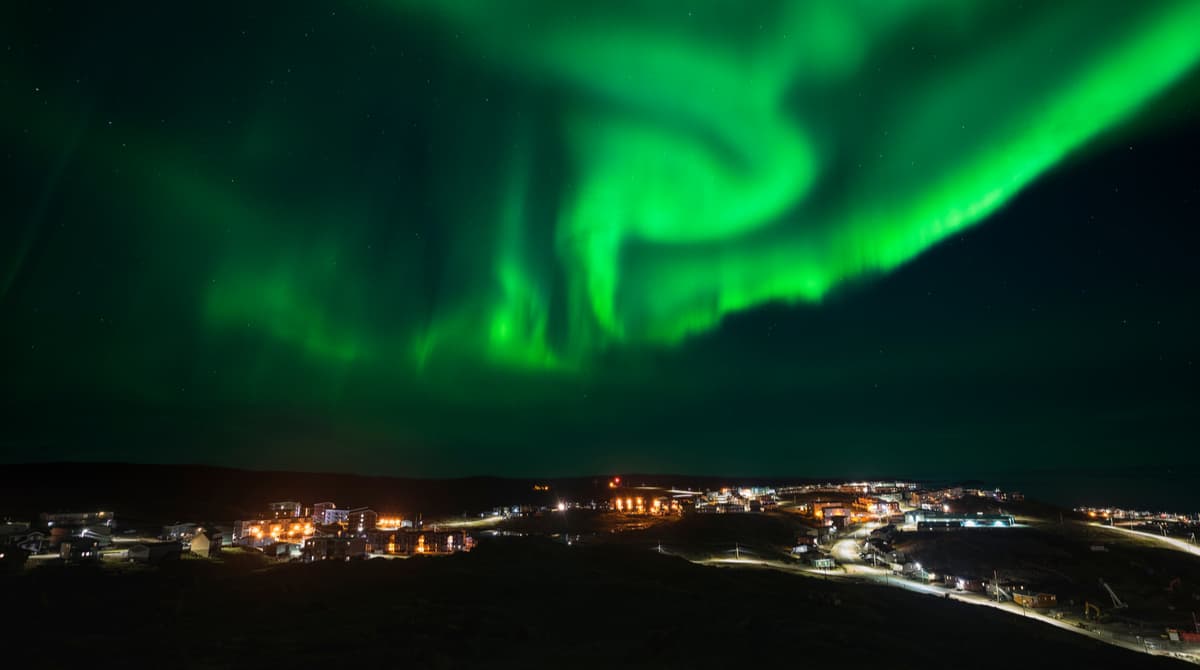 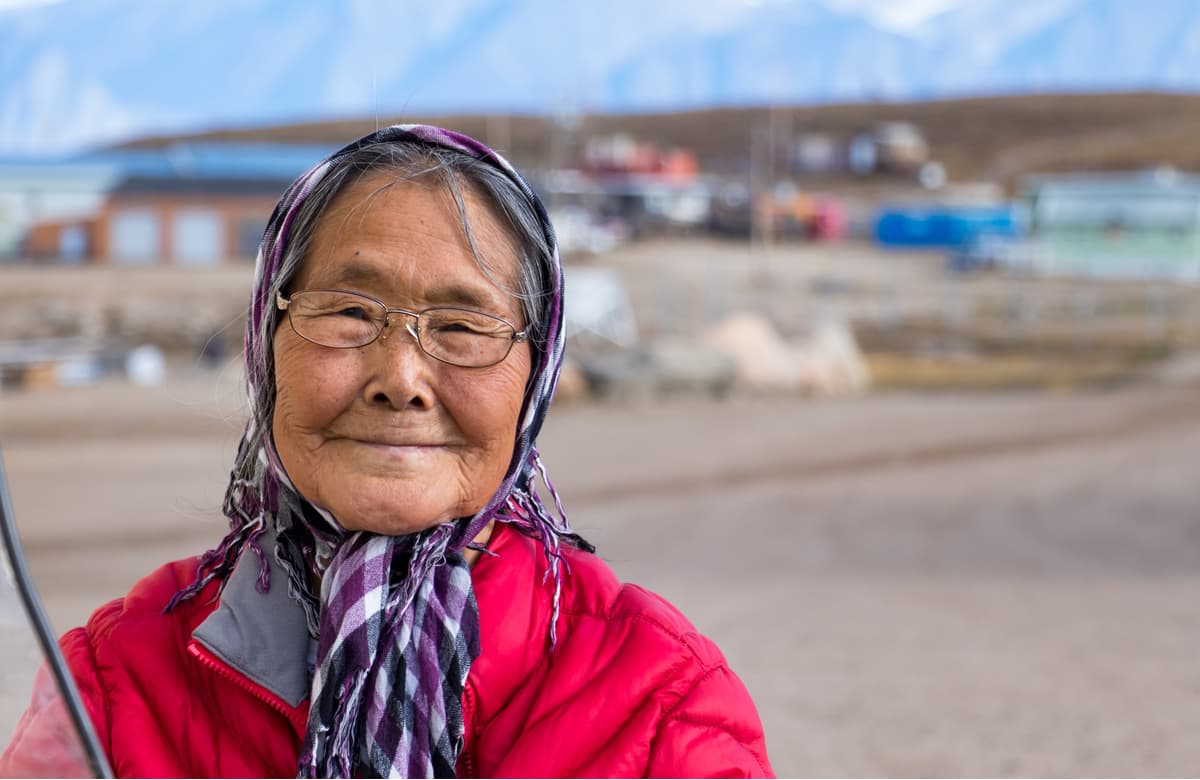 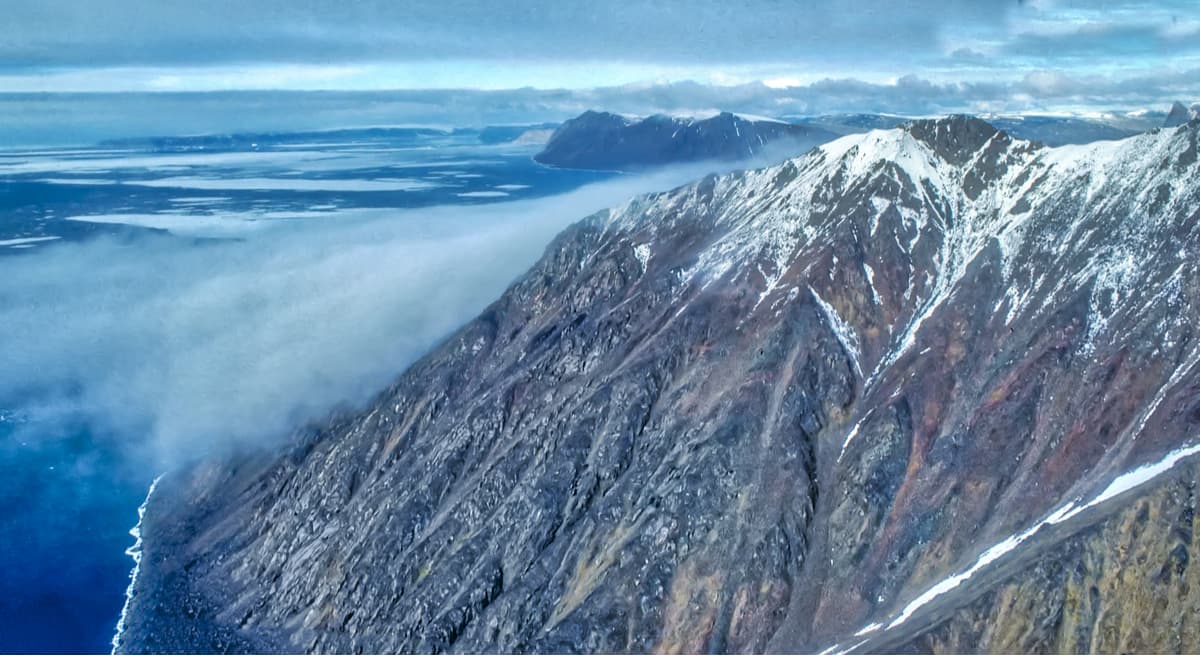