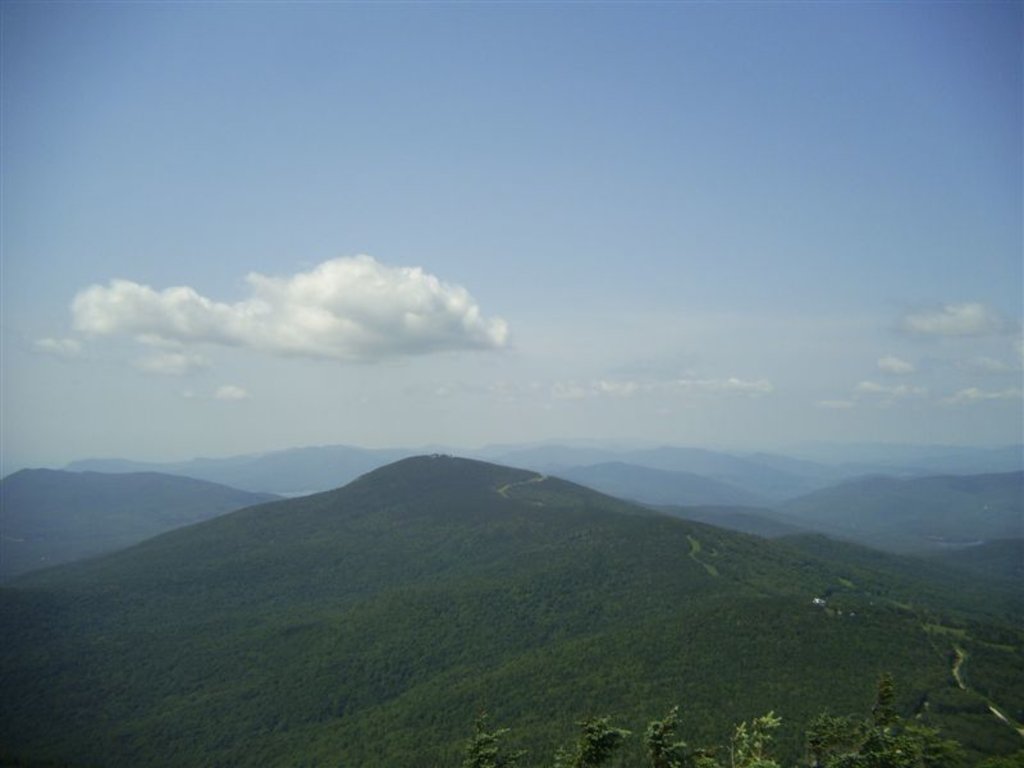 Add photo
1 206 m
Elevation
Elevation is the altitude of a place
above sea level.

178 m
Prominence
Peak’s prominence is the least
vertical to be covered to get from the
summit to any other higher terrain.

Pico Peak is a mountain located in Rutland County, Vermont, United States. It is the northernmost summit of the Coolidge Range in the Green Mountains, and the second highest in the Coolidge Range after Killington Peak. Pico Peak is flanked to the south by Ramshead Peak, and to the north faces Deer Leap Mountain across Sherburne Pass. The peak's name may stem from the Abenaki for "the pass/opening" or indeed from the Spanish or Portuguese word for "peak", Pico. Seen from Sherburne Pass the summit resembles a cone. "Pico Peak" appears on the 1869 Beers Atlas of Rutland County, Walling's 1860 Map of the State of Vermont and Chace's 1854 Map of Rutland County (albeit reversed with Killington Peak).

Pico Peak and 1,000 acres (4 km2) of forest were presented to Mortimer R. Proctor as a birthday present in 1910. He sold the mountain to Pico Ski Inc. in 1948. Pico Mountain ski area — part of Killington Ski Resort since December 1997 — is located on the northwest side of Pico Peak, with its base lodge on U.S. Route 4. Pico opened in 1937, and the first T-bar lift in the United States was installed there in 1940.

The Appalachian Trail (AT), a 2,170-mile (3,490 km) National Scenic Trail from Georgia to Maine, once passed 0.3 mi (0.48 km) east of the summit along the 3,500-foot (1,100 m) contour, until a 1999 re-routing. The Long Trail (LT), a 272-mile (438 km) hiking trail which runs along the ridge of the Green Mountains from Massachusetts to Quebec, which coincides with the Appalachian Trail in this area, was re-routed at the same time. Both were moved west of the mountain. The old AT/LT along here is now a blue-blazed trail, named the Sherburne Pass Trail. It had previously only been known as the Long Trail. The summit is reached by the 0.4 mi (0.64 km) Pico Link Trail, a segment of the defunct Pico Loop Trail. The AT and LT formerly split 2 miles (3 km) north of Pico, on Deer Leap Mountain. Now they diverge at Long Trail Junction (the former Maine Junction), just north of U.S. Route 4.
There's a hiking trail (T2) called Pico Link leading to the summit.