Peru Peak Wilderness is a wilderness area in the south-central part of the US state of Vermont. It is one of eight such areas in the larger Green Mountain National Forest, which itself is one of just two national forests in New England—the other being White Mountain National Forest in New Hampshire. There are 3 named mountains in Peru Peak Wilderness. The highest and most prominent mountain is Peru Peak, from which the wilderness takes its name. 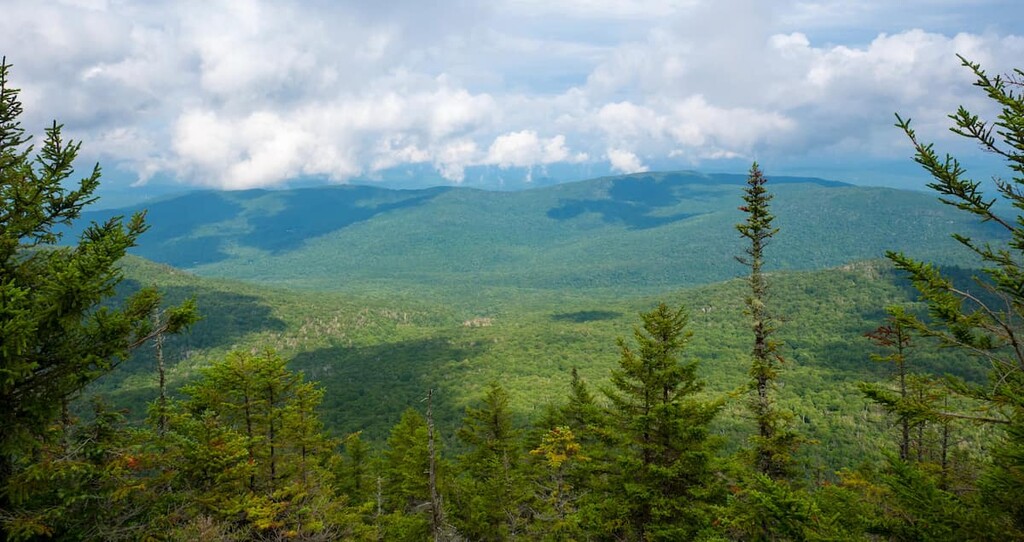 The Peru Peak Wilderness encompasses 7,825 acres (3,166 ha) of forest and mountain lands, a small chunk of the nearly 400,000-acre (161,800-ha) Green Mountain National Forest in Vermont. Despite its modest size, Peru Peak Wilderness is a passage for two major hiking routes: the Long Trail and the Appalachian Trail, which overlap with each other for several dozen miles in the wilderness.

The Long Trail, which runs the length of Vermont from north to south, passes along the Peru Peak Wilderness’s southern end, crossing over Styles Peak and Peru Peak. Both of these mountains top 3,000 feet (914 m), although, according to the U.S. Forest Service, Styles Peak offers the best view.

The northern stretch of the wilderness is remote with no marked trails. That includes Pete Parent Peak, another 3,000-footer (914 m), which—unusual for Vermont—has no marked trail to the summit.

The Peru Peak Wilderness sits within the northern highlands of the Appalachian Mountains, which is one of the oldest mountain chains on Earth. Formed before the first animals walked on land—nearly half-a-billion years ago—the Appalachians are thought to have been higher than the Himalaya at one point during their existence.

When they first formed, the Appalachian mountains stretched along the ancient supercontinent of Pangea. Once connecting modern-day Quebec, Scotland, and Morocco, the mountains eventually split apart with the formation of the Atlantic Ocean.

Over time, vast deposits of schist, marble, and slate were created. The steeper Green Mountains of Vermont, meanwhile, formed as newer rocks ascended over the older, continental shelf rocks below.

Today, the stretch of the Appalachians that extends from southern New York to New England consists of sedimentary, metasedimentary, and plutonic igneous rocks. Most of these date back to the Cambrian and Ordovician periods.

Green Mountain National Forest is particularly biologically diverse when compared to the rest of Vermont and New England. According to the US Forest Service, there are at least 69 unique natural communities within the forest, including wetlands, evergreen stands, and alpine meadows. Forests make up the vast bulk of that terrain, however, only 2 percent of the land is wetlands, rocky outcrops, and cliffs.

As for the Peru Peak Wilderness in particular, visitors will find a similarly diverse habitat within its modest 7,800 acres (3,156 ha). Moose, beaver, coyote, white-tailed deer, black bear, and wild turkey are all known to inhabit the wilderness.

The area is also home to a variety of wildflowers and rare plant species, the health of which are looked after by the US Forest Service.

The Algonquin-speaking Abenaki people have been living in what is now Vermont and the surrounding region for thousands of years. The first European to step foot in modern day Vermont was likely Samuel de Champlain of France in 1609. The state takes its name from the Green Mountains themselves, which translate in French to Montagnes Vertes, though it’s believed that Samuel de Champlain had called them Verts Monts during his travels.

The Green Mountain National Forest was established in 1932 after a period of overlogging, but Peru Peak Wilderness was not created until the passage of the 1984 Vermont Wilderness Act. The law also created the Breadloaf, Big Branch, and George D. Aiken Wildernesses—all in the Green Mountains. Peru Peak was again expanded in 2006.

A popular out-and-back hike in the wilderness begins by departing from the Long Trail/Appalachian Trail trailhead off of Mad Tom Notch Road (NF-21) and heading north. You can reach this area via Route 11. From there it’s about 1.5 miles (2.4 km) to the top of Styles Peak. The ridgeline hike from Styles to Peru is another 1.5 miles (2.4 km).

From Peru Peak, hikers can choose to head back to the trailhead, or they can continue north. The Long Trail descends from Peru Peak and shortly leaves the borders of Peru Peak Wilderness before continuing north.

However, those fond of a lengthy, strenuous loop back to the Mad Tom Notch trailhead can veer left (southwest) onto the Griffith Lake Trail along the northern tip of Griffith Lake. From there, head south, straddling the borders of the Big Branch Wilderness and the White Rocks National Recreation Area.

Prized for its remoteness, Peru Peak Wilderness has minimal established accommodations. There are, however, several campgrounds and campsites dotting the wilderness and surrounding areas. The Hapgood Pond Campground in the town of Peru offers quick access to both the wilderness and the Peru town center, off of Route 11.

Off of State Route 7, the Maryville Campground also offers fairly quick access to the Long and Appalachian Trails that bisect the Wilderness.

Hikers will find a shelter on the Griffith Lake Trail east of Griffith Lake—a popular site for through hikers of the Appalachian Trail.

Peru Peak Wilderness is a little over an hour’s drive from the popular tourist town of Brattleboro, Vermont. From the north, the Burlington-to-Peru drive is much longer: about 2.5 hours. 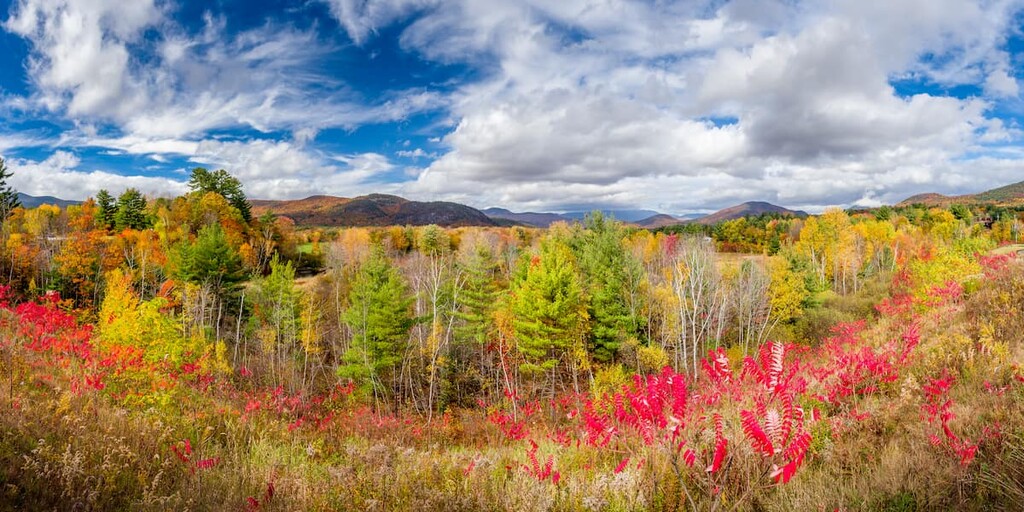 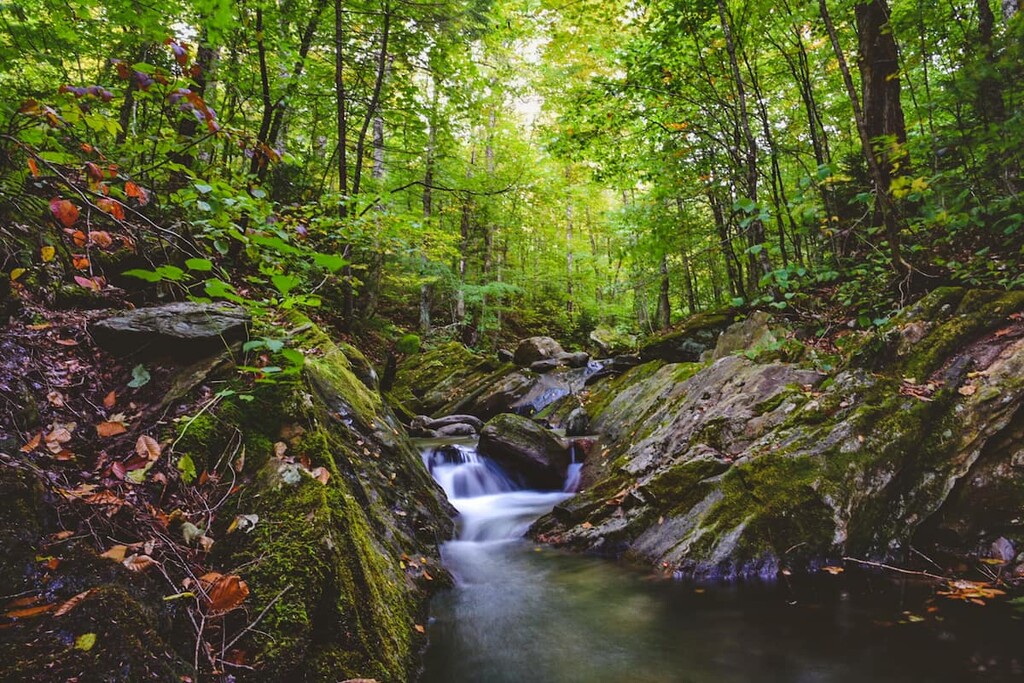 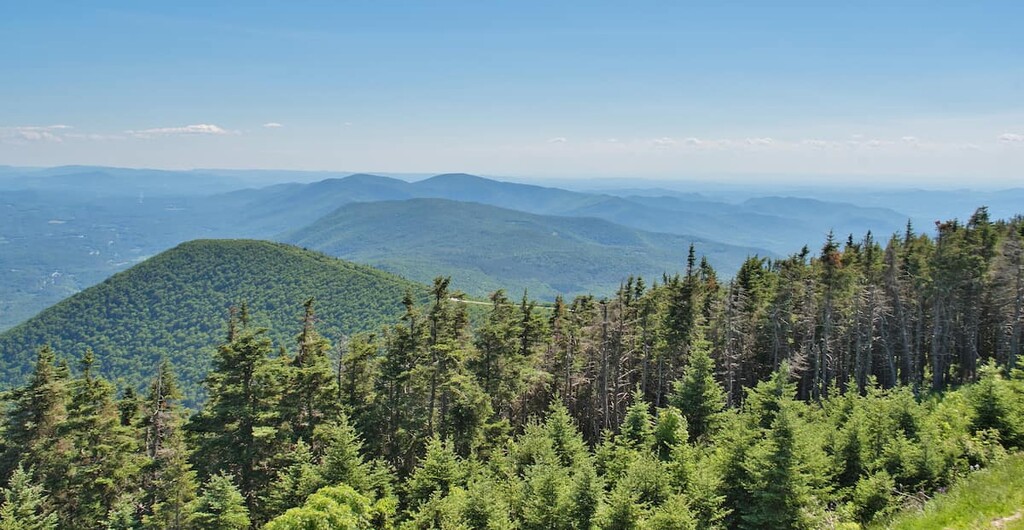 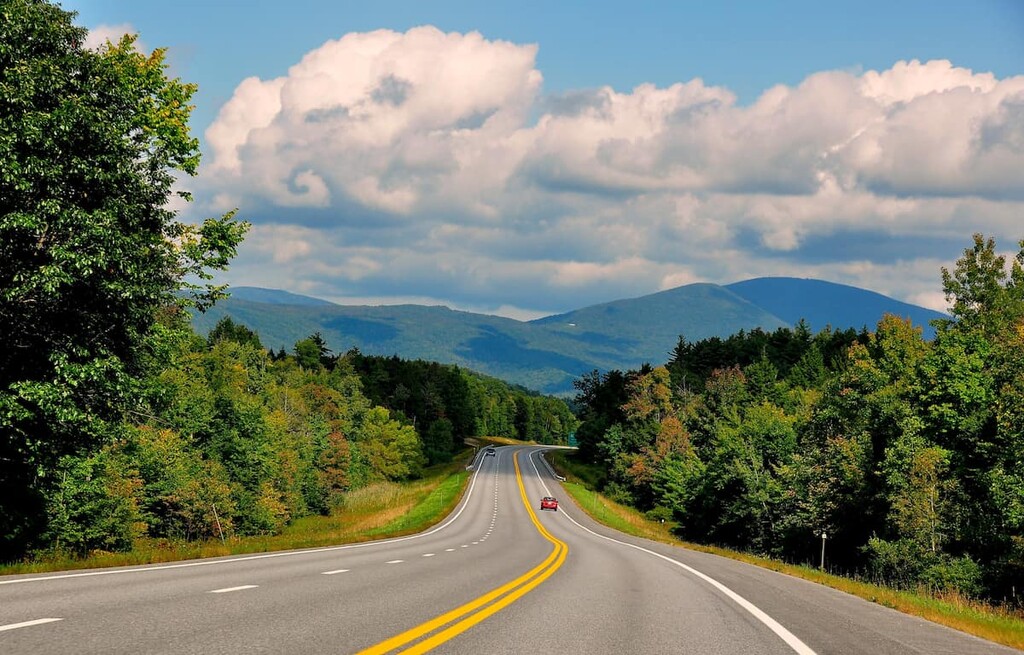