As the largest federally protected wilderness area in the US state of Vermont, Breadloaf Wilderness offers access to pristine wild land and excellent hiking. The wilderness area contains 13 named peaks, the highest and most prominent of which is Breadloaf Mountain. 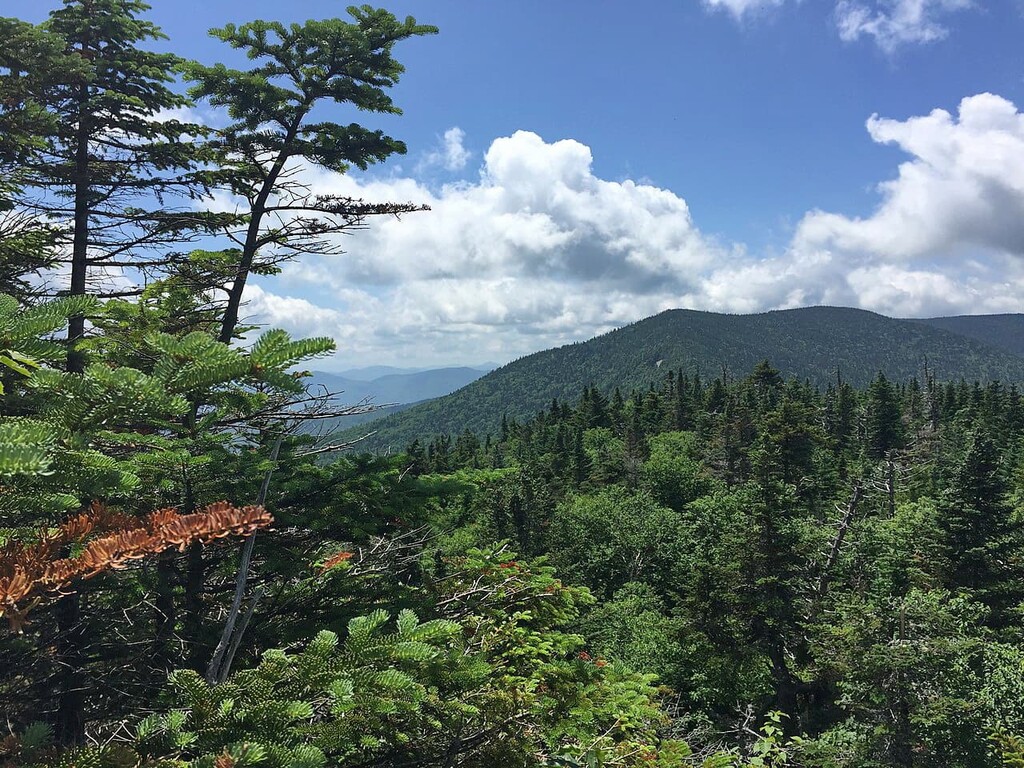 Breadloaf Wilderness covers 25,237 acres (102 sq km) within the northern section of Green Mountain National Forest. The wilderness area is located in central Vermont east of the town of Middlebury and west of Route 100.

Breadloaf Mountain, at 3,835 ft (1,169 m), is the highest peak in the area. Breadloaf Wilderness is also home to Vermont’s Presidential Range, which includes Mount Abraham, Mount Wilson, Mount Roosevelt, and Mount Cleveland. (Not to be confused with New Hampshire’s Presidential Range)

A 17.3 mile (28 km) section of the Long Trail passes north to south through Breadloaf Wilderness, crossing at least 10 peaks above 3,000 ft (910 m). The trail runs from Middlebury Gap at the southern edge of the area to Lincoln Gap at the northern end. Hikers can also access the wilderness area via five side trails that run east to west connecting to the Long Trail.

As a federally designated wilderness area, Breadloaf Wilderness is quiet, remote and relatively untouched by human activity. New buildings, roads and mechanical transportation are prohibited in the area.

Vermont is geologically distinct from the nearby Adirondacks and White Mountains in New York and New Hampshire. The Green Mountains first began to form when volcanic island chains in an ancient ocean slammed into the eastern edge of the state, which was coastline at the time. That new land became what’s now New Hampshire and Maine, while parts of Vermont were pushed up to form to the Green Mountains.

At the time of their formation about 400 million years ago, some peaks were 15,000–20,000 feet (4,570–6,100 m) tall, making them as high as the Himalaya are today. Most of the bedrock of the Green Mountains is metamorphic rock formed during this mountain-building process. In the Breadloaf Wilderness, most of the surface rock is slate and schist.

Breadloaf Wilderness is the starting point of two rivers, the New Haven and the White River. Both rivers are well stocked with small brook trout.

Breadloaf Wilderness is remote and relatively undisturbed by humans, which makes it a good environment for larger wildlife. Considerable numbers of moose and black bears live in the area. Hikers have observed at least 25 species of animals, including barred owls, red salamanders and porcupines, and 85 species of plants.

As in the rest of Green Mountain National Forest, hikers are required to store food so it’s protected from bears (in a vehicle, hung at least 10 feet off the ground, or in a bear canister). None of the Long Trail shelters in Breadloaf Wilderness have bear lockers.

People have lived in Vermont for over 12,000 years. The most prominent group in northern and central Vermont were the Abenaki, a group of loosely related but independent Algonquin-speaking tribes.

In the area of Breadloaf Wilderness, the Abenaki Nation of Missiquoi Swanton and Koasek Traditional Band of the Koas Abenaki Nation were the most prominent groups prior to European contact. These groups are two of the four tribes officially recognized by the state of Vermont. After the arrival of European settlers, most Abenaki were moved off their land or forcibly assimilated.

Some of what is now the Breadloaf Wilderness was used for logging operations prior to being protected, but the forest has mostly grown back in these areas. Almost all of the wilderness area was donated by a wealthy landowner.

Middlebury publisher Joseph Batell liked the area so much that he continued to buy land around Breadloaf Mountain and elsewhere in Vermont throughout his life. When he died in 1915, he left over 30,000 acres (12,140 ha) in trust to be preserved as wild land. (Battell donated nearby Mount Abraham to the US government for a national park, but the government declined to accept the land. It eventually became part of the Green Mountain National Forest.)

Breadloaf Wilderness was officially designated by the Wilderness Act of 1984. It was expanded in 2006 to its current size.

Breadloaf Wilderness is home to some of the highest peaks in central Vermont and the state as a whole. The northern edge of the wilderness area is accessible by Lincoln Gap, the highest drivable road in Vermont.

Nearby Mount Abraham, which is located just north of Breadloaf Wilderness, is the fifth highest peak in Vermont. It features some of the only alpine tundra in New England at its summit, and the ruins of a 50-year-old plane crash.

Like all wilderness areas in Green Mountain National Forest, Breadloaf Wilderness is minimally maintained to preserve its wild character. Expect less signage and trail blazing than you might find elsewhere in Vermont.

Average time to hike the trail is about 1.5 to 2 hours one way. From the junction with the Long Trail, hikers can continue south to Burnt Hill or 0.6 miles (1 km) north to Boyce Shelter.

Clark Brook Trail follows Clark Brook for 3 miles (4.8 km) from West Hill Road in Granville to its junction with the Long Trail on the ridgeline. From the junction, hikers can continue 0.4 miles (0.6 km) north to Mount Roosevelt or or 0.8 miles (1.3 km) south to Mount Wilson.

This is a challenging trail that climbs 1,940 ft (591 m) in just 3 miles. It’s a great day hike for anyone looking to hit some of the higher peaks in Vermont’s Presidential Range.

Visitors to Clark Brook Trail should be sure to leave time to enjoy the drive to the trailhead. This section of Route 100 winds through scenic Granville Gorge and past several waterfalls, including beautiful Moss Glen falls.

The Cooley Glen and Emily Proctor trails form a 13 mile (21 km) loop with the Long Trail that takes hikers over Mount Roosevelt and Mount Wilson, with a total elevation change of 2,085 ft (615 m). It makes for a challenging day hike or a more relaxed overnight hike. Average hiking time for the loop is 12 to 14 hours.

Both trails lead from the same trailhead on South Lincoln Road in Lincoln.

Total elevation change is only 400 ft (122 m), so this is one of the easier hikes in Breadloaf Wilderness.

The Skyline Pond Trail is another short but steep trail with interesting features that make for a great day hike. The trail climbs 2.6 miles (4.2 km) and 1,480 ft (451 m) via long switchbacks to Skylight Pond, just past the Long Trail.

Hikers can rest or spend the night at Skyline Lodge on the Long Trail. Unlike most of the minimal, three-sided shelters on the LT, Skyline Lodge is a fully enclosed log cabin with a porch that overlooks the pond.

Situated right in the middle of central Vermont, Breadloaf Wilderness is close to several towns that are worth a stop if you’re in the area. These include:

History buffs will enjoy the Vermont Folklife Center and Henry Sheldon Museum of Vermont History. If you’re looking for shopping and dining, the Marble Works district has lots of great shops and views of Middlebury Falls.

Montpelier is Vermont’s capital and, with less than 8,000 residents, the smallest capital city in the US. The little capital punches above its weight with notable entertainment, dining and cultural attractions.

You can visit a vineyard, farmers market, and traditional sugar house, all in the city. Montpelier is also home to Lost Nation Theater and the prestigious New England Culinary Institute, which offers affordable high-end meals in its training restaurant. 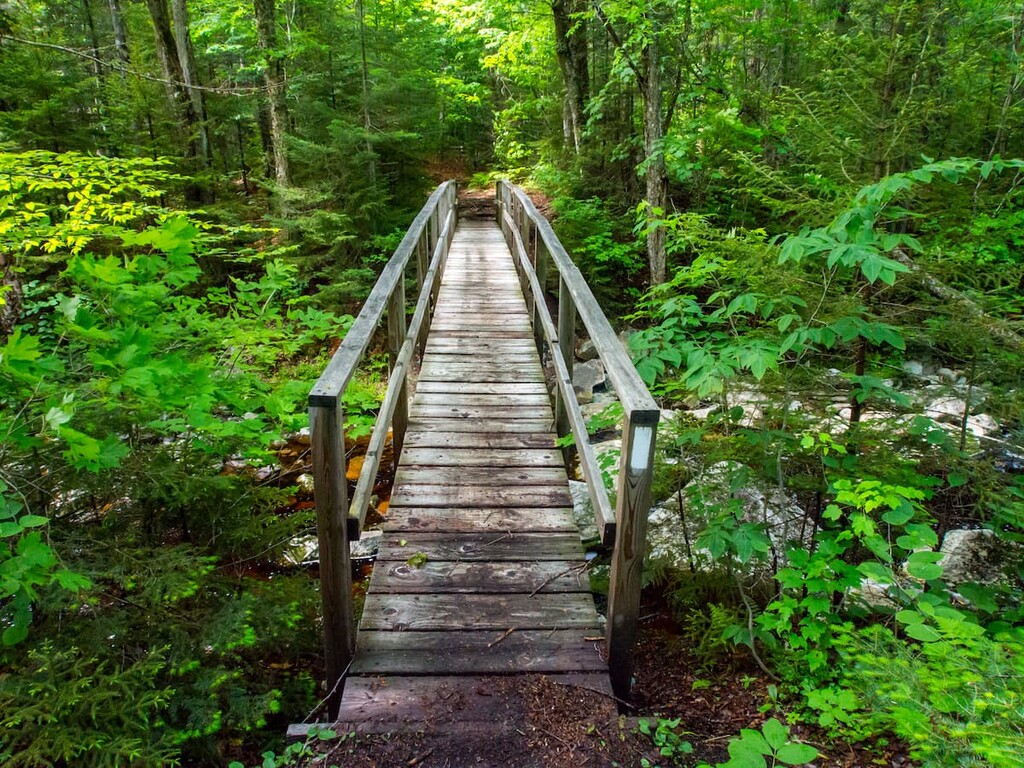 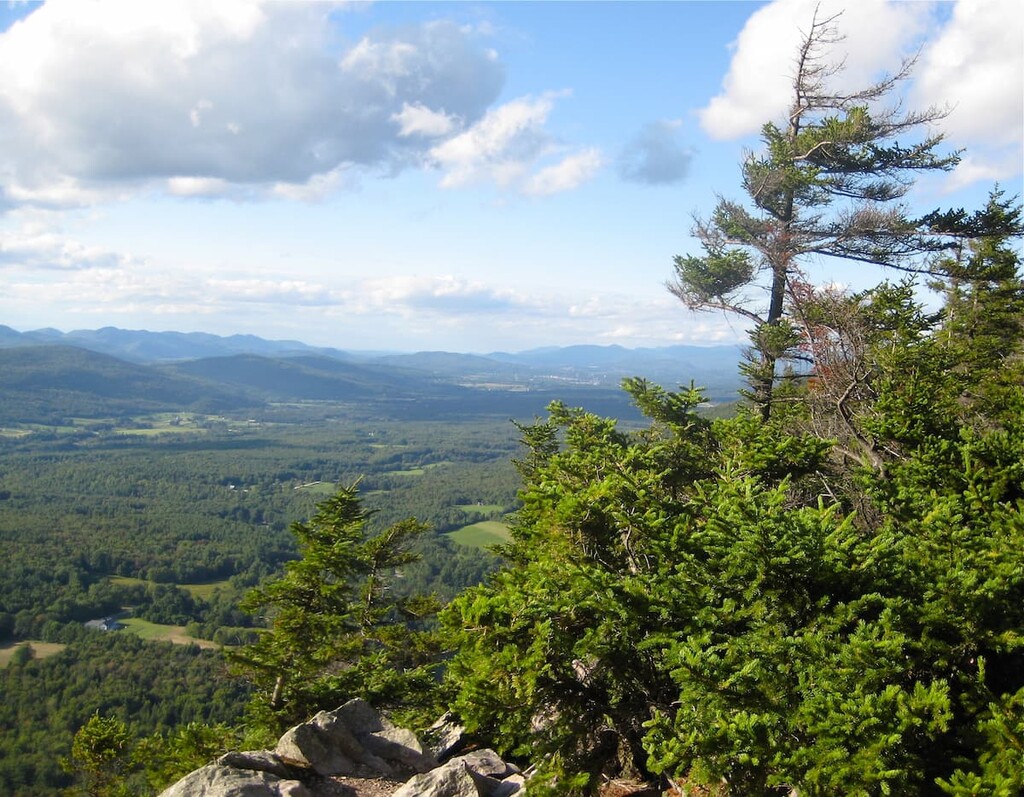 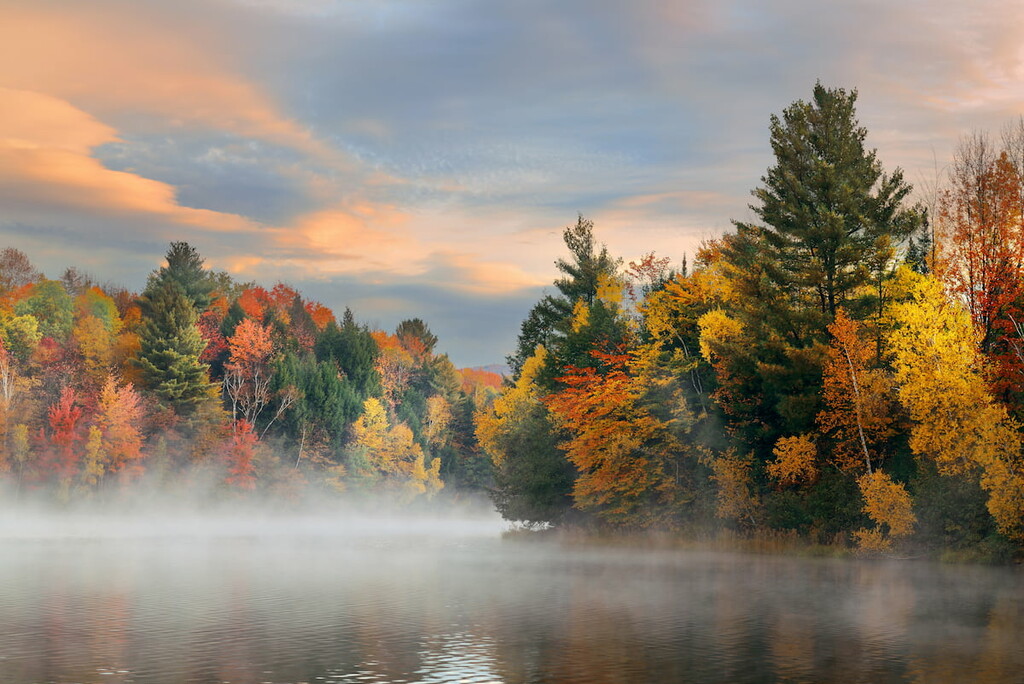 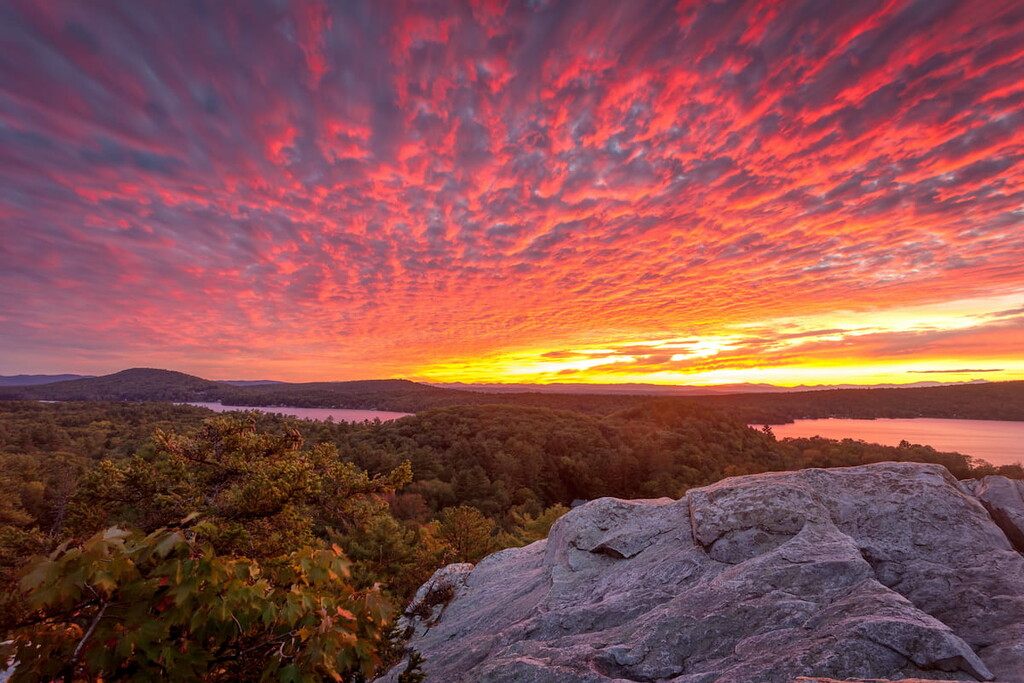 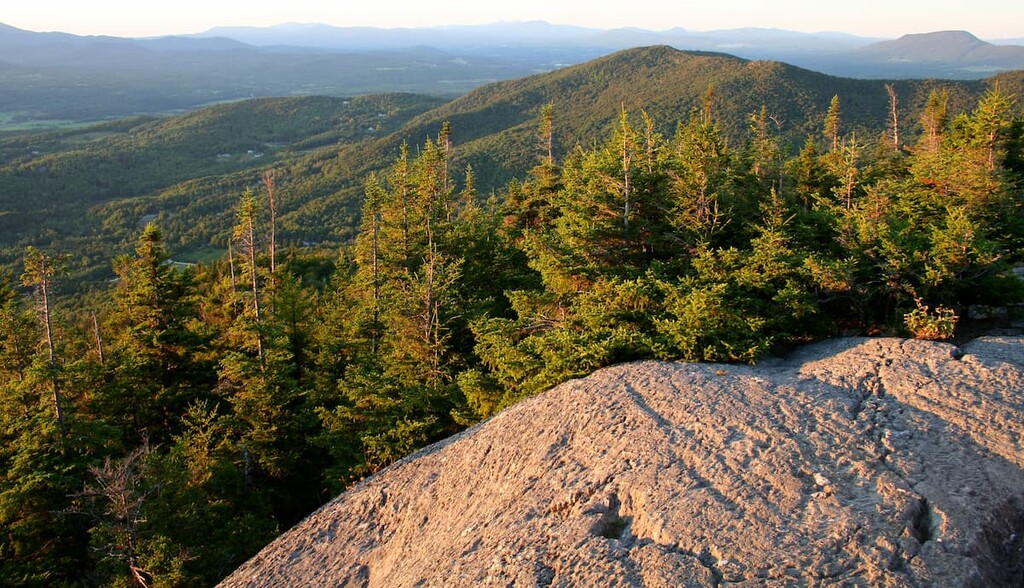 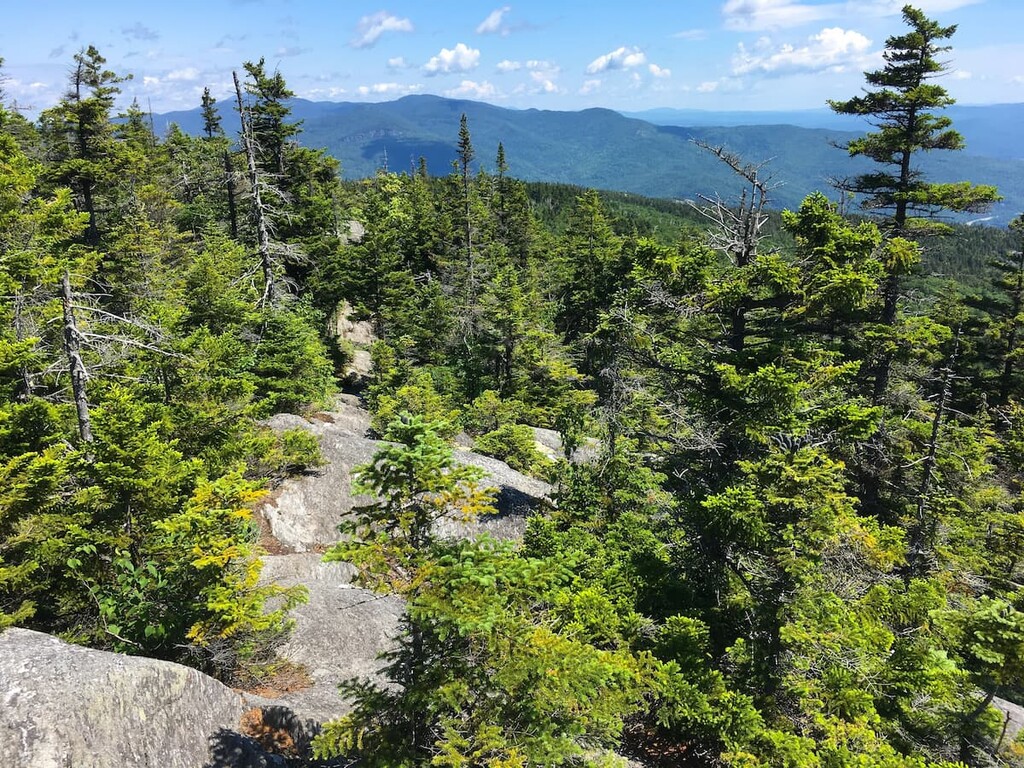 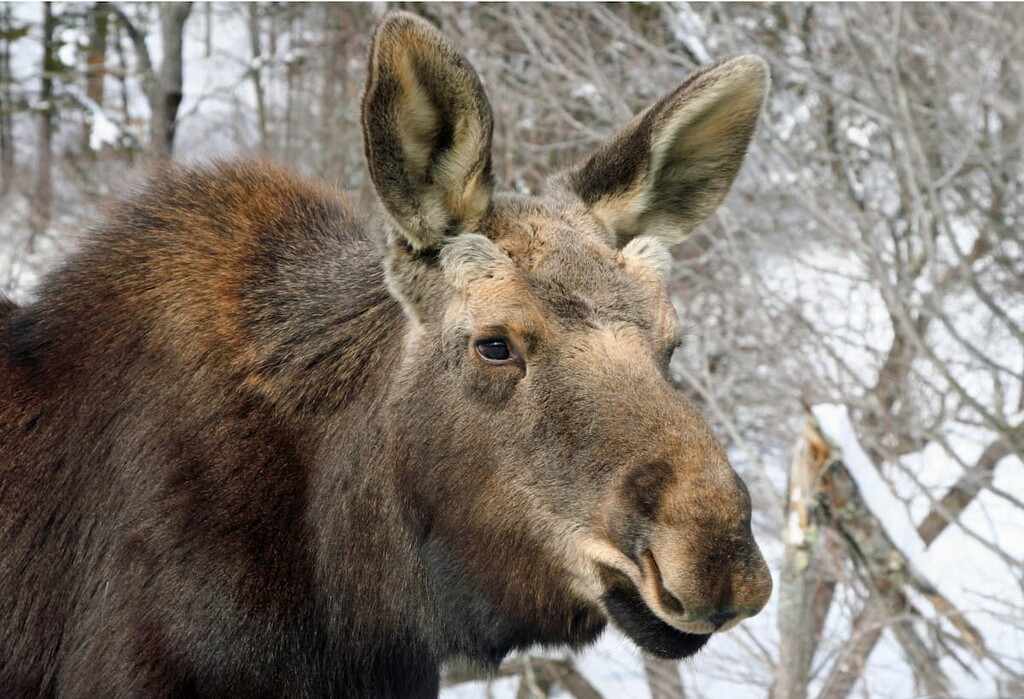