The Toiyabe Range is a north to south running mountain range situated in the central region of the US state of Nevada. The range lies within Toiyabe National Forest, and marks the second largest range in the state. There are 30 named peaks in the range with the tallest and most prominent being Arc Dome at 11,778 feet (3,590 m) tall with 5,236 feet (1,596 m) of prominence. 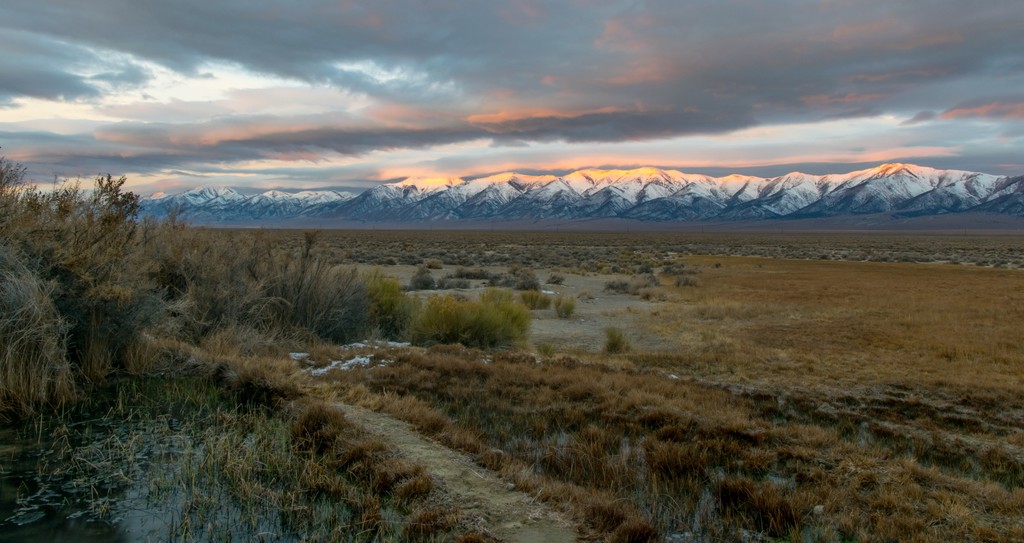 The peaks cover roughly 120 miles (193 km) in length. On the west side of the range lies Shoshone Mountains and the Reese River Valley while the Toquima Range and the Big Smoky Valley are to the east.

Just north of this remote range lies the U.S. Route 50, which is commonly called “The Loneliest Highway in America”. The peaks in the Toiyabe Range span across both Nye County and Lander County.

The terrain is similar to that found throughout central Nevada and the other nearby ranges. The peaks lie within the rain shadow of the Sierra Nevada that lies to the west along the Nevada and California border, producing a more dry and arid climate in the range.

The landscape is not able to support much vegetation with most of the hills featuring low growing grasses, shrubs, and a few scattered pine trees. Sweeping basins and valleys on either side of the range are met with steep cliffs that rise dramatically to the highest peaks.

Snowpack throughout the winter months provides the headwaters for the Reese River. The river begins in the southern portion of the range before flowing northwards in between the Toiyabe Range and the Shoshone Mountains.

The Toiyabe Range is situated near numerous other areas for outdoor recreation. A majority of the range lies within the Toiyabe National Forest, with the Arc Dome Wilderness situated in the southern portion of the range. The Desatoya Mountains Wilderness Study Area lies to the west while the Alta Toquima Wilderness is to the east.

The peaks within and surrounding the Toiyabe Range are part of the larger Great Basin Ranges, which extend throughout much of the states of Nevada, Utah, Idaho, Oregon, and California.

Other nearby ranges include the Toquima Range and the Shoshone Mountains. This entire mountainous region, which extends throughout many states, was primarily formed through tectonic extension. As the Earth’s crust was stretched and folded, it left behind a series of alternating valleys and peaks, giving the region its name.

Faults lie on either side of the range, causing them to continually shift and grow to this day. The valleys in the region are ever so slowly dropping in elevation while the peaks continue to rise. This tectonic extension began in the Early Miocene.

Though the region is quite arid, alpine glaciers formed in the area during the Pleistocene. As the glaciers retreated they carved out moraines, cirques, and other glacier features in the landscape.

The Toiyabe Range, along with its surrounding ranges, feature a metamorphic core complex along with some igneous rocks. The outer layer of rocks are primarily sedimentary in origin.

Since the Toiyabe Range lies within the rainshadow of the Sierra Nevada, it receives minimal amounts of rain or snowfall each year. This arid landscape makes it difficult for a majority of plant life to grow.

Lower portions of the range are populated by sagebrush and various grasses. As elevations increase this terrain gives way to patches of pinyon-juniper trees and the occasional section of pine and aspen trees.

The Mount Jefferson Research Natural Area lies east of the range in the Toquima Range. Here scientists study the terrain to better understand how life is able to survive in such harsh and exposed conditions.

A variety of animal life is still able to thrive amidst these harsh living conditions. Some of the more common animals in the region include deer, beavers, mountain lions, grouse, and raptors. Desert bighorn sheep used to be abundant in the range though their numbers are steadily declining. The waterways in the region are known for their plethora of trout, making them common fishing spots.

Present-day Nevada, including the land surrounding the Toiyabe Range, has been inhabited by humans for thousands of years, long before the arrival of European colonizers and settlers. Archaeological evidence found in other sections of the state date back roughly 10,000 years.

Many Indigneous communities and tribes have inhabited land in central Nevada since time immemorial. The most prominent tribal nations who have ancestral ties to this region are the Western Shoshone and Northern Paiute.

Historically both of these tribes traveled throughout the region, covering a vast area of land for hunting and migrating purposes. The Northern Paiute and Western Shoshone tribes were traditionally nomadic people, moving with the changing seasons to withstand the harsh climates.

These two tribes shared many similarities between their language, ways of life, and spiritual beliefs. While conflict sometimes arose, the two groups were quite amicable with one another. The first recorded contact between these Tribal Nations and settlers of European descent occurred during the 1820s.

By the 1840s, settlers began arriving in large numbers, with many traveling through on their way to California. The following decades led to numerous disputes between the Tribal Nations and the US military.

As the Tribal Nations fought to protect their native homelands, the US military repeatedly attacked, harassed, displaced, and killed the Indigneous peoples of the region. While there were numerous battles, some of the most prominent between the two groups include the Pyramid Lake War, Owens Valley Indian War, Snake War, and the Bannock War.

Ongoing battles, coupled with the arrival of infectious diseases, led to the decline of Tribe’s numbers. The vast majority of the remaining Indigenous people were forced onto reservations, many of which were located far away from their ancestral homelands.

The California Gold Rush during the late 1840s led to more people passing through the Great Basin region. The California Trail was situated north of the Toiyabe Range and traveled westward towards Carson Pass. Several small mining towns were also established in Nevada during this time with many having since been abandoned.

The Toiyabe National Forest Reserve was established in 1908 and was later expanded to include other nearby ranges. The Arc Dome Wilderness was established in 1989 and today covers roughly the southern third of the range. In 1995 the Toiyabe and Humboldt National Forests were administratively combined, and currently form the largest national forest in the contiguous US.

Best Hikes in the Toiyabe Range

The Toiyabe Range is a relatively remote mountain range and features minimal hiking trails. A majority of the trails are located in the Arc Dome Wilderness. Those visiting the region should be prepared for quick changes in weather conditions.

Looking for a place to stay near the Toiyabe Range? Here are some of the best cities and villages to check out in the region.

Situated along the western slopes of the Toiyabe Range, lies the historic town of Austin. The town lies along State Route 50 and is home to around just 200 residents. Besides its close proximity to hiking, Austin is also close to Spencer Hot Springs.

Referred to as a “living ghost town”, Austin acts as a prime example of a well-preserved mining town in Nevada. Many of the other mining towns in the region were abandoned when the gold rush ended. Besides hiking, Austin also provides opportunities for mountain biking and trail running. Some points of interest in the tiny town include Stokes Castle, Lincoln Highway car show, and the Hickson Petroglyph Recreation Area.

Reno lies west of the Toiyabe Range, just a three hours drive west of Austin. Known as “The Biggest Little City in the World,” Reno is home to world-class access to outdoor recreation and a plethora of casinos.

The city is home to around 425,000 residents, making it the second largest city in the state after Las Vegas. Besides casinos, Reno is also home to the Nevada Museum of Art. During the warmer months of the year Reno is close to opportunities for hiking, mountain biking, and rock climbing. Nearby Lake Tahoe provides summer fun along with multiple ski resorts for winter snow sports. 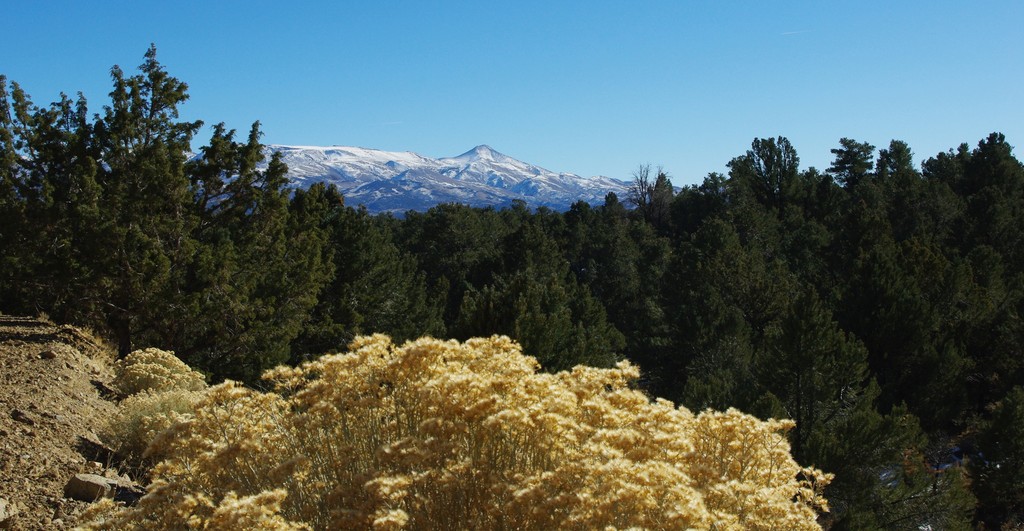 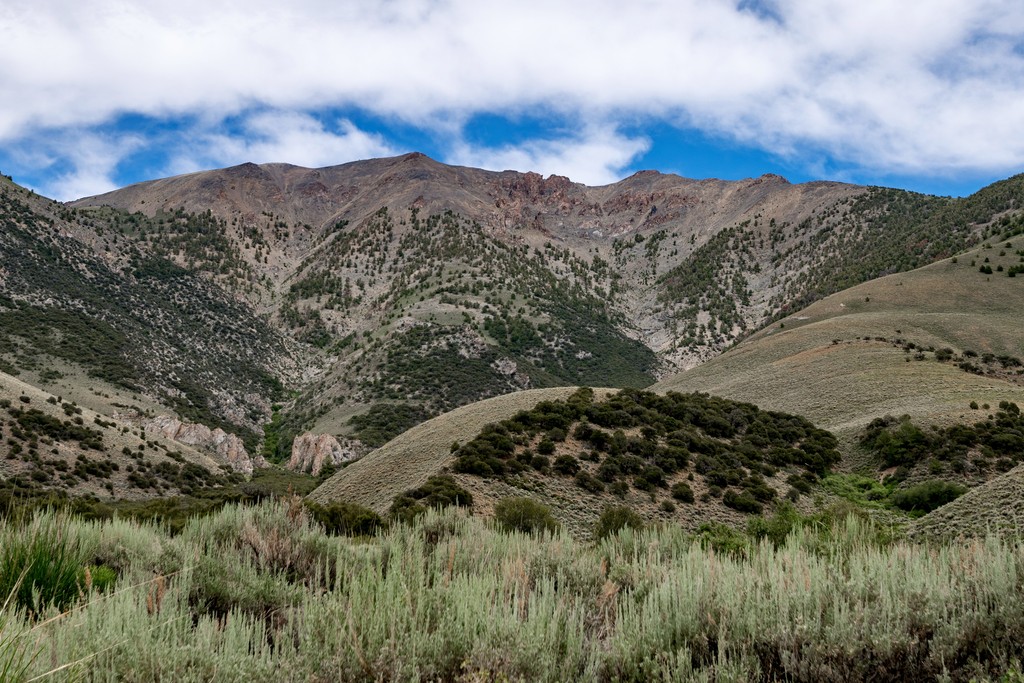 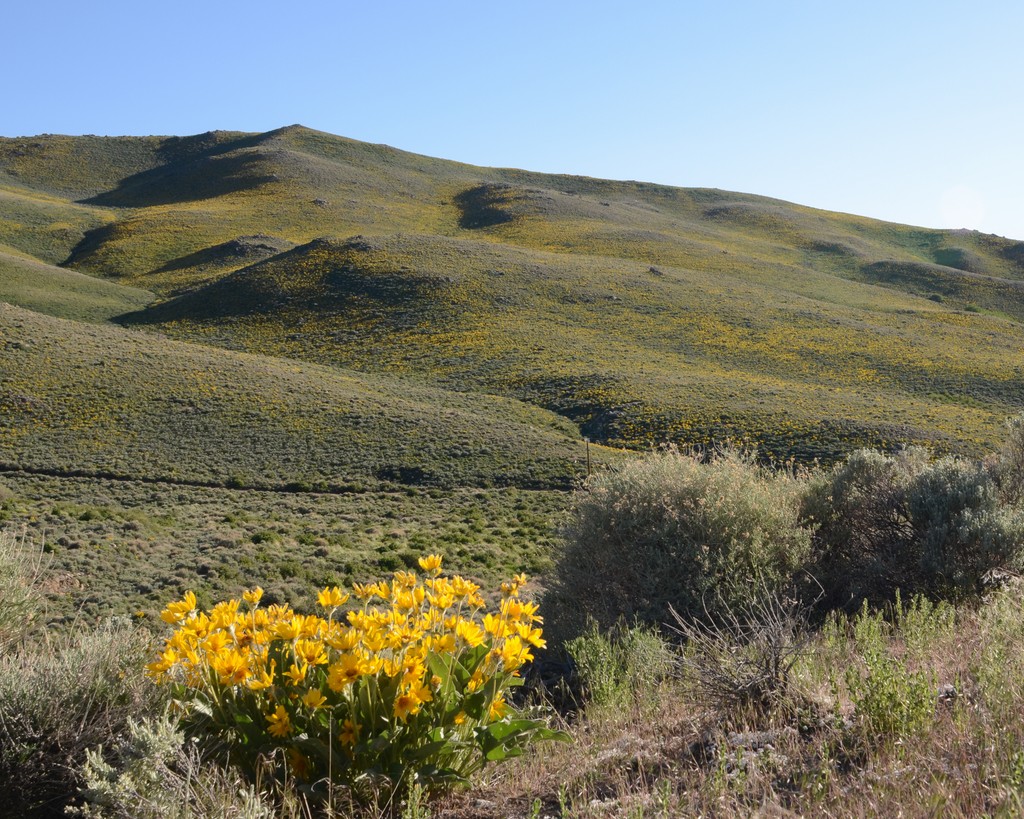 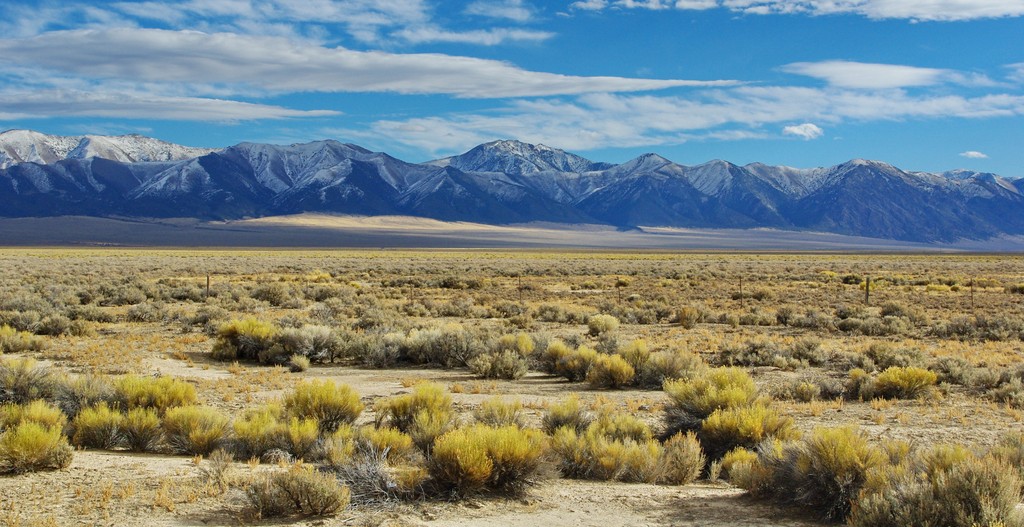 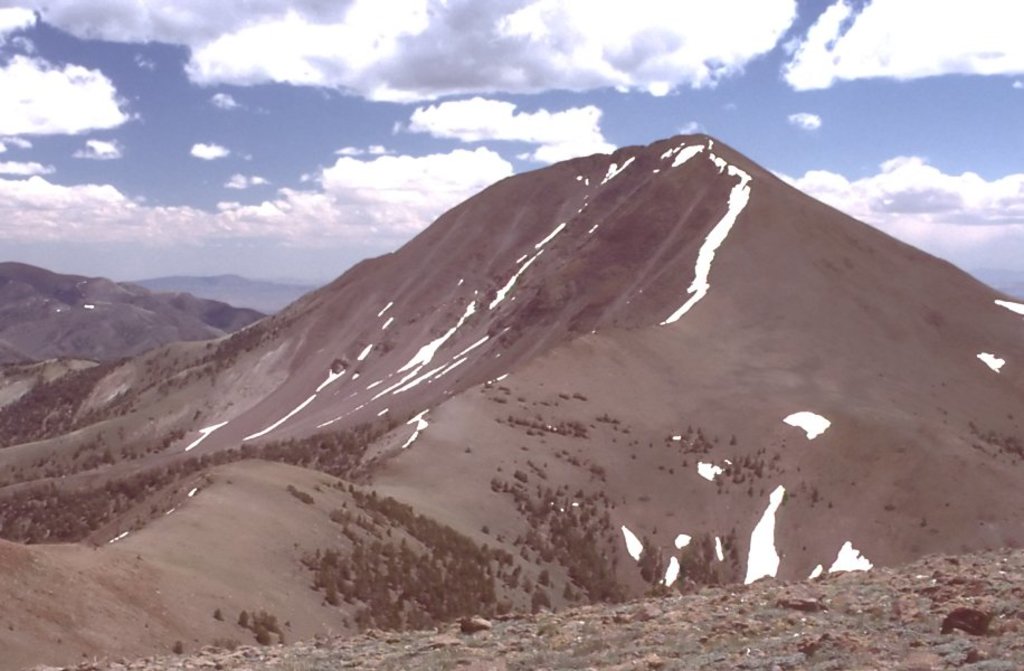