The Warner Mountains are a relatively isolated mountain range situated in the northeastern region of the US state of California. Stunning lakes and rivers are scattered throughout the range with a small portion extending into southern Oregon. There are 53 named mountains in the forest, with Eagle Peak being the tallest and most prominent at 9,895 ft (3,016 m) tall with 4,364 ft (1,330 m) of prominence. 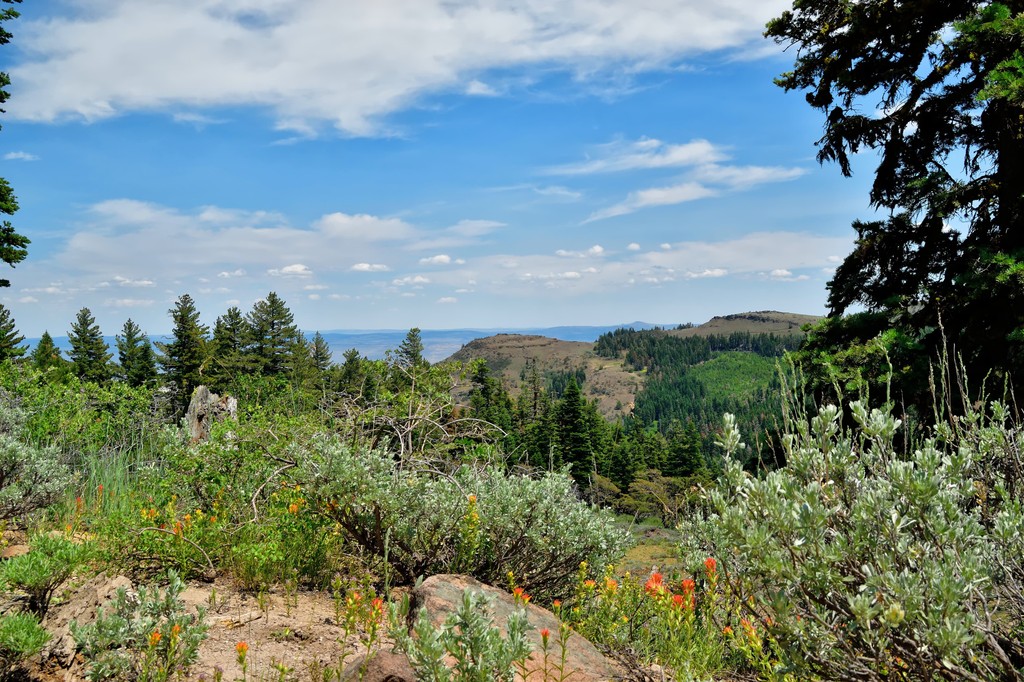 The Warner Mountains are a mountain range that runs north to south in northeastern California and south central Oregon. This narrow range runs from 85 miles (137 km) in length from north to south.

Despite their location, the Warner Mountains are not part of the Cascade Range or the Sierra Nevada but instead they mark one of the most northwestern stretches of the Great Basin Ranges. The range is a prime example of a horst and graben topography, also known as a fault-block topography.

The basin portion of the range is home to numerous pluvial lakes, closed lakes found in mountain basins. Surprise Valley and Warner Valley lie just east of the range. Here lie the three Alkali Lakes in California and the Warner Lakes in Oregon.

On the western side of the range lies a ranching and farming region which is drained by the Pit River, a tributary of the larger Sacramento River. This region is also home to Goose Lake which spans 28 miles (45 km) in length and is situated in the Goose Lake Valley.

The lowest elevations in the range feature grasslands, primarily used for farming purposes. Foothills on the west side of the range are marked by densely forested hillsides that slowly give way to barren peaks and alpine lakes.

The highest elevations feature wide ridgelines and rocky buttes, rock slides, lakes, and other common alpine terrain. While elevation changes gradually along the west side of the Warner Mountains, the east side features a sheer escarpment with dramatic cliffs.

To the west of the range lies the Cascade Range with the land in between the two ranges being referred to as the Modoc Plateau. The Warner Mountains mark the western boundary of Surprise Valley which extends eastwards into Nevada. Further east lies the Hays Canyon Range marks the eastern boundary of this valley.

Additionally, the Warner Mountains extend into multiple protected regions that can be used for hiking and exploring the stunning terrain. Sections of the range lie within Modoc National Forest and South Warner Wilderness in California, along with Fremont-Winema National Forest in Oregon.

The peaks within the range are part of the Great Basin Ranges, also known as the Basin and Range Province. This region spans across the western US into the states of California, Oregon, Idaho, Nevada, and Utah.

True to its name, the region, including the Warner Mountains, feature a series of alternating ranges and basins. These unique geological features are the direct result of tectonic extension. Widespread extension took place during the Early Miocene throughout the region.

Tectonic shifting caused some sections of the Earth’s crust to be pulled apart while others were thrust together. The Warner Mountains are still slowly rising up due to this tectonic shifting while the nearby basins and valleys are slowly dropping in elevation.

Volcanic rock can be found throughout the range though these peaks are not volcanoes like the Cascade Range which lies to the west. Instead, the region has been covered by a series of lava flows.

A fault further uplifted the Warner Mountains, allowing these layers of lava to become visible in some parts. Cliffs around Patterson Lake showcase layers from 11 separate lava flows that once engulfed the area.

Flora and fauna found within the range is similar to species found throughout the Modoc National Forest.

The area features a relatively dry and high-desert climate and is able to support some species of wildflowers. Common flowers include wild pansies, purple lupin, Indian paintbrush, yellow primroses, and red owl clover.

The plethora of lakes and waterways help support a multitude of animal species throughout the range. Some of the larger animals found in the area include mountain lions, mule deer, coyotes, and bobcats.

Some of the most prominent groups in the region included the Modoc, Pit River or Achomawi, and the Northern Paiute. These groups lived throughout the region, primarily along the western side of the range before they were forcibly removed by European colonizers.

The land east of the Warner Mountains, spanning into Surprise Valley, marks part of the ancestral homelands of the Paiute people. The Pit River, or Achomawi, people inhabited the land west of the range, near the headwaters of the Pit River. The Modoc people primarily lived further west in the nearby mountains.

Much of the surrounding region is marked as national forest lands, though the Pit River Tribe does own some land in the area. Members of the Modoc tribe are now enrolled in the Modoc Nation in Oklahoma and others are enrolled members of the Klamath Tribes in Oregon. Paiute Tribal Nations are located throughout parts of present day California and Nevada.

The first recorded expedition by Europeans into the surrounding region occurred in 1846. This expedition was led by Charles Fremont who was en route to southern Oregon. Shortly after, in 1848, gold miners began arriving throughout California.

As populations of settlers began to grow rapidly, conflict broke out between the settlers and the Indigenous groups. This conflict eventually led to the Modoc Indian War which lasted between 1872 and 1873, marking the only major Native American war fought in California.

The Modoc leader, Kintpuash, led a group of his people from their reservation in Oregon back to their native homelands in California. Nearly 600 US soldiers were deployed to confront the 60 Modoc fighters. After six months of battle the Modoc were forced to surrender and their tribal leader was executed by US forces.

After this war, more settlers began moving into the region creating ranches with horses, cattle and sheep. For decades the land was overgrazed, leading to the establishment of the Modoc Forest Reserve in 1904. The South Warner Wilderness was established in 1964.

The Warner Mountains extend into multiple areas that can be used for hiking and other opportunities for outdoor recreation. Here are some of the top hiking areas to visit in the area:

The Modoc National Forest encompasses a majority of the Warner Mountains and extends to the west across northeastern California. Covering over 1.6 million acres (6,475 sq. km), the topography of the region is incredibly diverse. While the Warner Mountains offer stunning peaks along the east side of the forest, other terrain throughout the national forest includes sweeping valleys, volcanic plateaus, and rolling hills.

Some of the notable sights include the Medicine Lake Highlands which feature over 200 miles (322 km) of craters, lava tubes, and lava flows. Hikers can explore the various lakes within the range and forest along with the Pit River.

The South Warner Wilderness lies within the Modoc National Forest, marking the southern edge of the Warner Mountains. Here hikes will find the tallest peaks in the range. This wilderness spans roughly 70,000 acres (283 sq km) and featuress 79 miles (127 km) of hiking trails.

Hikers can enjoy the sweeping views over Surprise Valley and cool off in one of the many alpine lakes. Notable hikes include Pepperdine to Patterson Lake, Pine Creek Trail, Clear Lake Trail, and Milk Peak Trail. Exploring this wilderness offers hikers some of the most stunning views in the entire range.

Fremont-Winema National Forest encompasses a small northern section of the Warner Mountains in Oregon. The national forest spans to the northwest across southern Oregon. Covering over 2.2 million acres (8,903 sq km), it marks the second largest national forest in the state.

A majority of the trails near the Warner Mountains in the Fremont-Winema National Forest, are centered around Goose Lake and the Gearhart Mountain Wilderness to the northwest.

Looking for a place to stay near the Warner Mountains? Here are some of the best cities and villages to check out in the region:

The small city of Alturas lies along the western edge of the Warner Mountains. Home to around 2,500 residents, Alturas is situated at the confluence of the north and south fork of the Pit River. Despite its relatively small size, the city is one of the largest in the region and acts as a local economic hub.

Home to a few local shops and restaurants, Alturas is surrounded by ranch land and small ranching communities. The close proximity to the mountains, and being surrounded by national forests, provides Alturas with opportunity for year round outdoor recreation.

The city of Klamath Falls, Oregon lies an hour and half drive northwest from the small city of Alturas. Klamath Falls is home to around 20,000 residents and lies along the southeastern shores of the Upper Klamath Lake.

The city is situated in a known geothermal resource area, with geothermal power having been used since the early twentieth century. Nearby sites include Crater Lake National Park and Lava Beds National Monument with opportunities for trail running, mountain biking, hiking, and kayaking all within the city limits.

A multitude of local restaurants, cafes, and breweries line the downtown streets, offering an ideal way to relax after exploring the high desert terrain in the eastern foothills of the Cascade Range. 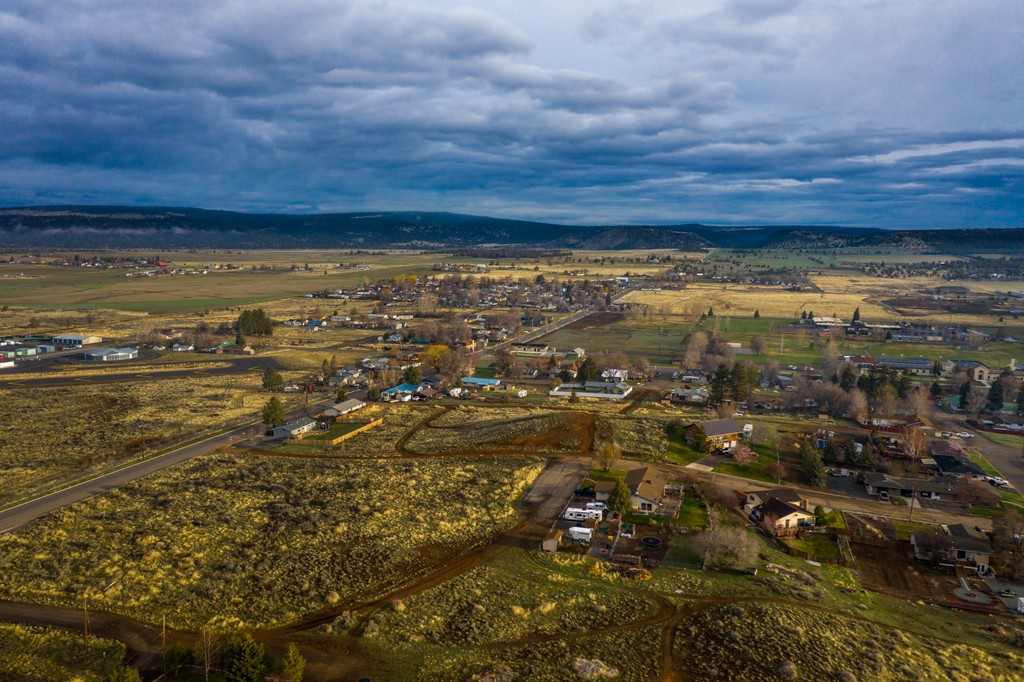 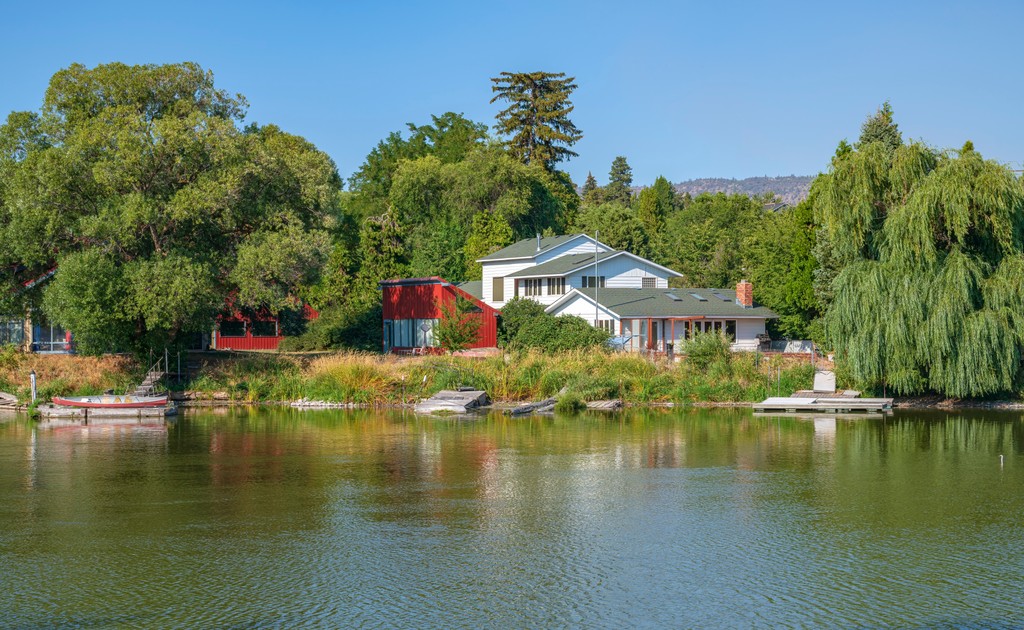 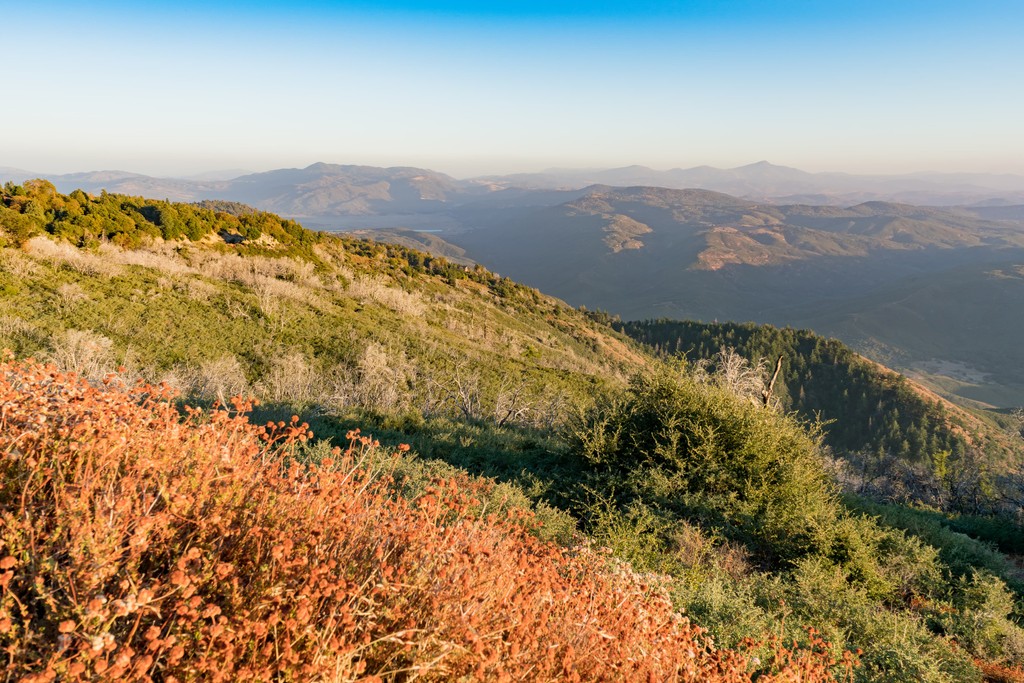 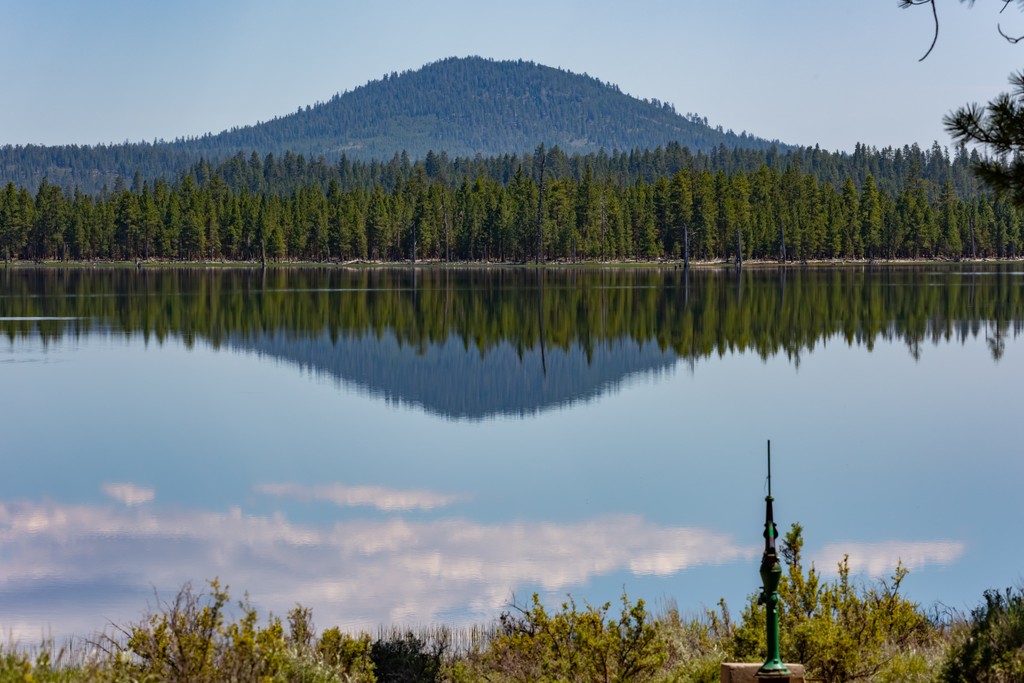 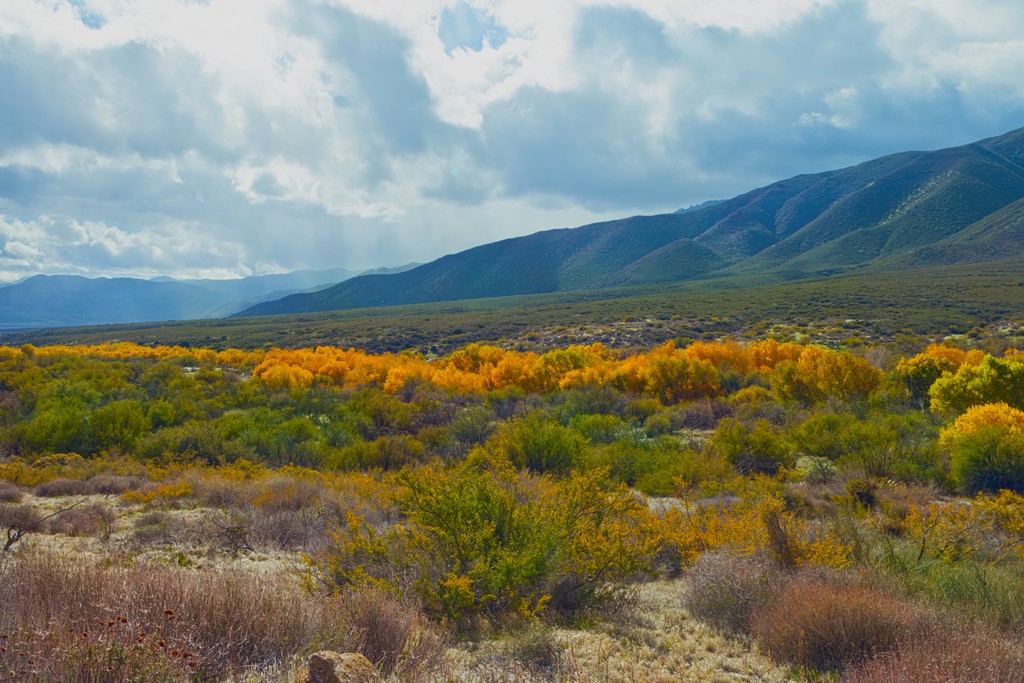 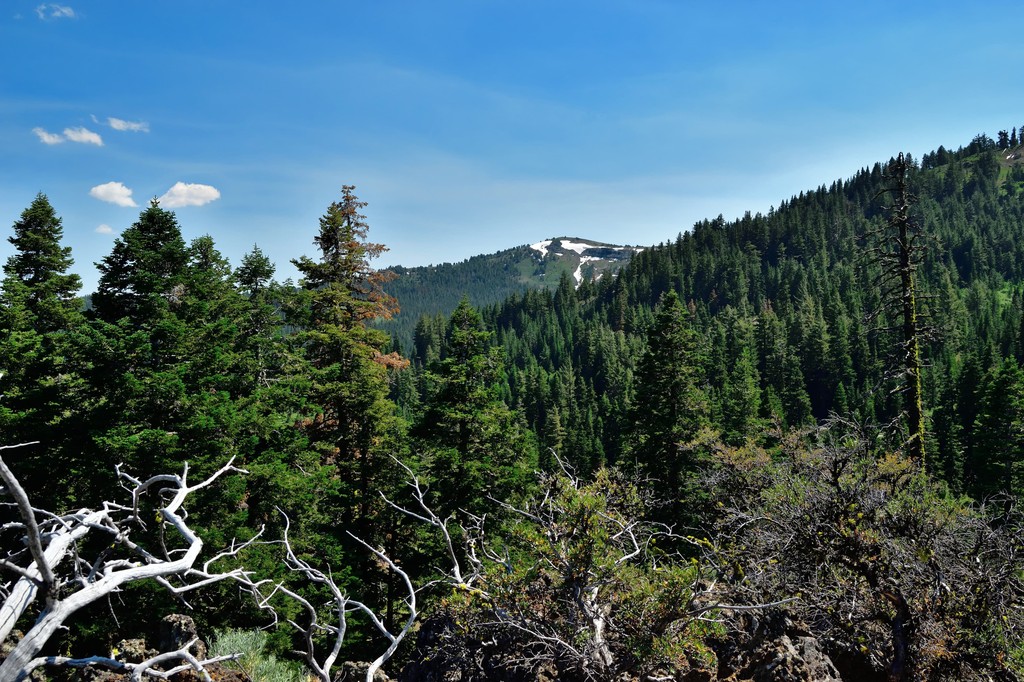 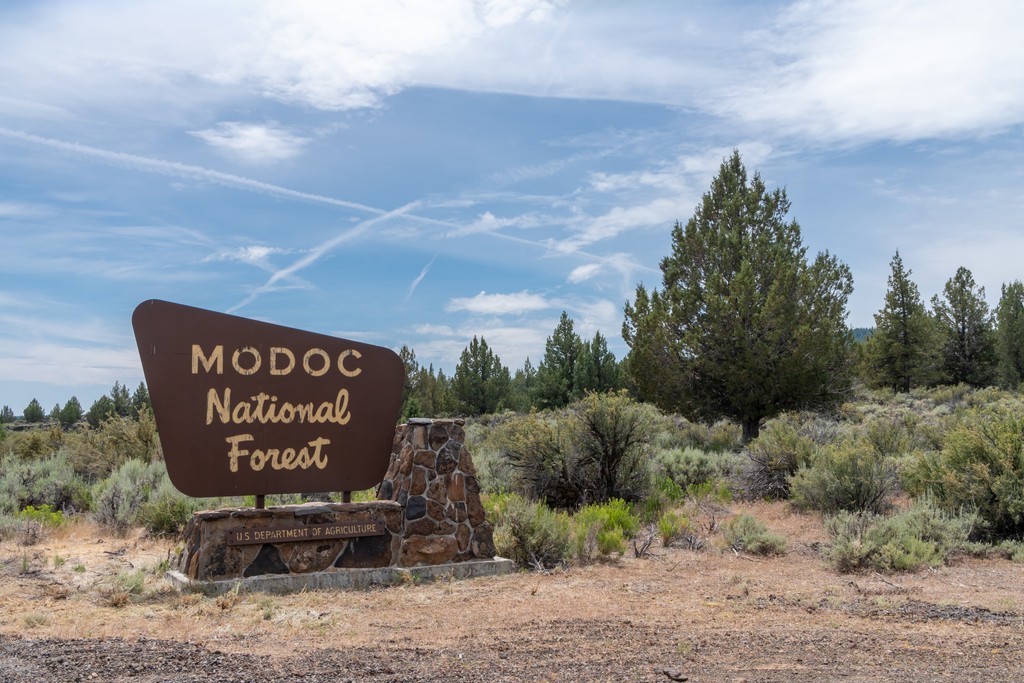