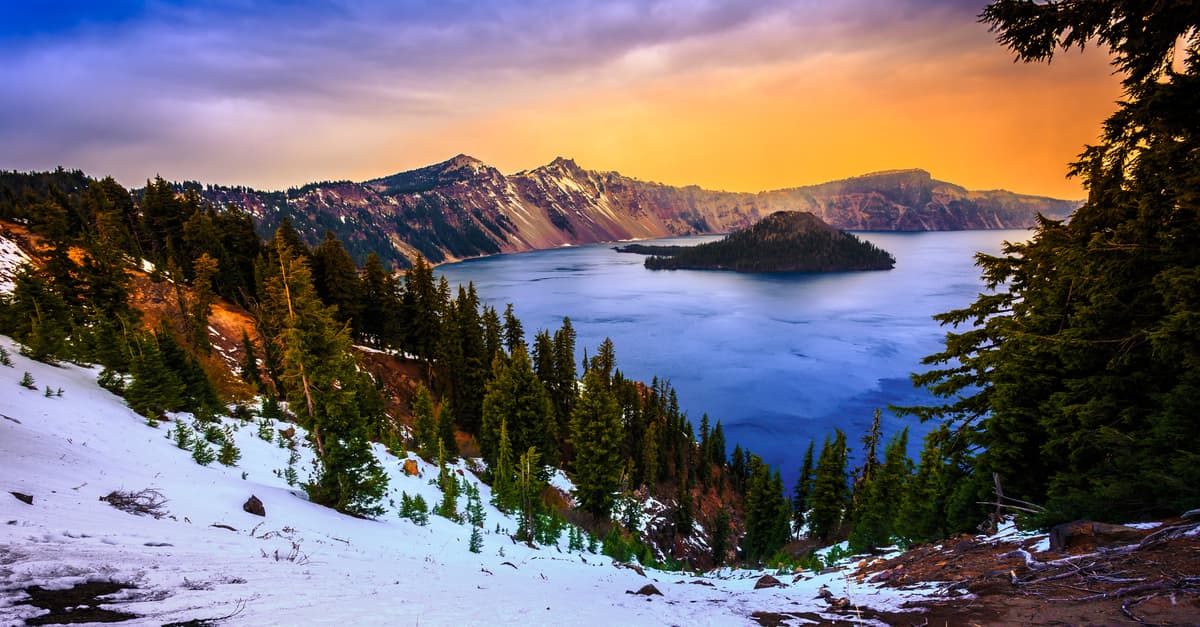 The lake of Crater Lake is well-known as the deepest lake in the United States and, with its depth of 1,949 feet (594m), is the ninth deepest in the entire world. The depth of the lake is due to the large amount of volcanic activity in the region, which formed the amazingly almost-symmetrical 4,000 foot (1,200m) deep caldera. The caldera itself came into existence during the massive volcanic eruption about 7,700 years ago of Mount Mazama.

The caldera rim of Crater Lake reaches elevations of 7,000 to 8,000 feet (2,100 to 2,400m), which is 1,000 to 2,000 (304 - 609m) feet above the surface of the lake, on average. Interestingly enough, however, due to the region’s topography and geologic origins, there are no rivers or streams that flow into Crater Lake, so all the water that is in the lake eventually evaporates or seeps through the ground. Thus, the lake receives its only water from direct precipitation.

Due to the region’s volcanic origins, many of Crater Lake National Parks’ most prominent features were created as a result of the volcanic eruption some 7,700 years ago. In addition to Crater Lake itself, the Pumice Desert - a large swath of land covered in a thick layer of pumice and ash - is a notable volcanic remnant in the park. Despite 7,700 years’ worth of time, the Pumice Desert’s rocky soil still hasn’t recovered from the volcanic eruption and the land is still devoid of plant life, which results in a unique landscape within Crater Lake National Park.

Additionally, visitors to the park can check out the Pinnacles, which formed as the hot ash and pumice stone piled up after the eruption. Besides these two features, Crater Lake National Park is full of other volcanic points of interest and is surrounded by stunning old-growth forests that occupy about 50,000 acres (202.3 sq. km) of area around the lake. There’s really something for everyone around here at Crater Lake National Park.

Besides its geologic formations, Crater Lake National Park has a long and rich history of human inhabitation and activity. The volcanic eruption 7,700 years ago was almost certainly witnessed by the Klamath people, who have lived in the region that became Crater Lake for countless generations.

By the mid-1800s, however, gold prospectors had made their way to the region and a trio of prospectors, John Wesley Hillman, Henry Klippel, and Isaac Skeeters were likely the first white people to witness Crater Lake. However, the hunt for gold distracted most prospectors and most new settlers generally ignored the lake until the turn of the 20th century.

After a US Geological Survey expedition came to study the lake in 1886, the then-official depth of the lake was determined to be 1,996 feet (608m), which was remarkably close to the current official depth of 1,949 feet (594m). The expedition also made the first professional maps of the region.

Data and maps from the expedition were used to lobby Congress and President Theodore Roosevelt to designate the area Crater Lake National Park in 1902, making it the fifth national park in the United States. By 1915, Crater Lake Lodge was built and by 1918, the super-popular Rim Drive road was finished as other roads and highways were started to help increase tourism to the park.

Here are some of the major hiking areas in Crater Lake National Park:

Perhaps the most popular part of Crater Lake National Park, Cleetwood Cove is the only way to legally access the short of Crater Lake for swimming, wading, and fishing purposes. The trail to the cove is both steep and strenuous, as the 1.1 mile (1.7km) one-way trail drops some 700 feet (213m) in elevation over the course of a series of switchbacks. While going downhill might not seem too difficult, do remember that you’ll need to hike back up after you’re done swimming!

The trail is covered with crushed pumice, so it will feel like walking on very fine sand and might feel slippery underfoot. However, once you make your way down to the lake, you can enjoy a dip in the water, which averages about 57 degrees F (14 degrees C) at the surface in the summer. Don’t forget to have dry clothing and a towel ready for when you get out of the water!

While the Watchman (8,012ft/2,442m) trail isn’t particularly long, it goes cover 420 feet (130m) of elevation gain in just 0.8 miles (1.3km) one-way, so it is steep. After ascending this steadily uphill trail, hikers get to the summit and can enjoy views of beautiful peaks in the surrounding area, such as Mount McLoughlin, Mount Thielsen, Union Peak, and Mount Scott, the tallest mountain in Crater Lake National Park.

The trail up to the top of Garfield Peak (7,976ft/2,457m) is moderately strenuous and gains about 1,000 feet (300m) of elevation in just 1.7 miles (2.7 km) one-way. Along the way to the summit, hikers can get a chance to see some classic viewpoints, including Phantom Ship Island and Wizard Island, in Crater Lake National Park.

Here are some of the best places to stay near Crater Lake National Park:

Just an hour and forty minutes north of the park, Bend, Oregon is a trendy town filled with outdoor enthusiasts, making it a great place to start your adventures in Crater Lake. Located at a bend of the Deschutes River, the city is home to some 76,000 people and has pretty much everything you could need for a trip into the backcountry. Oh, and there are plenty of great hiking opportunities around Bend, too!

The largest city in Oregon, Portland is home to 2.4 million people and is known for being modern and full of activity. Sitting under the auspices of nearby Mount Hood, Portland has an international airport and everything you can ask for as a basecamp for a trip into Crater Lake. It’s just four hours north of the park, so it’s the perfect place to fly into if you’re coming from far away. 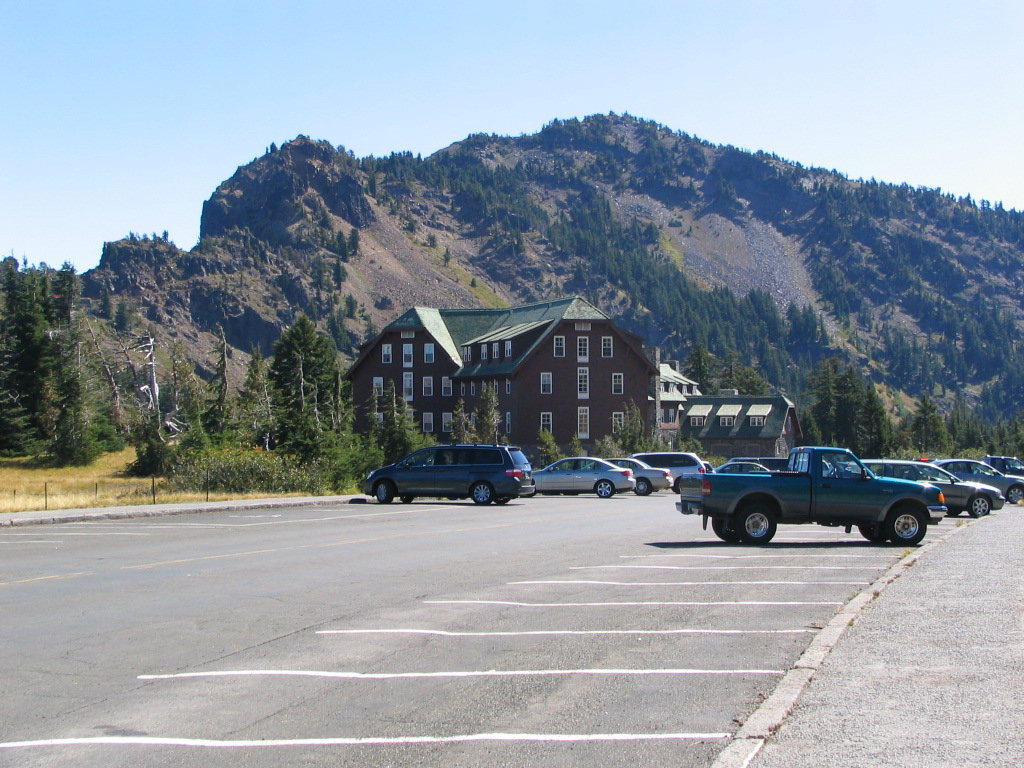 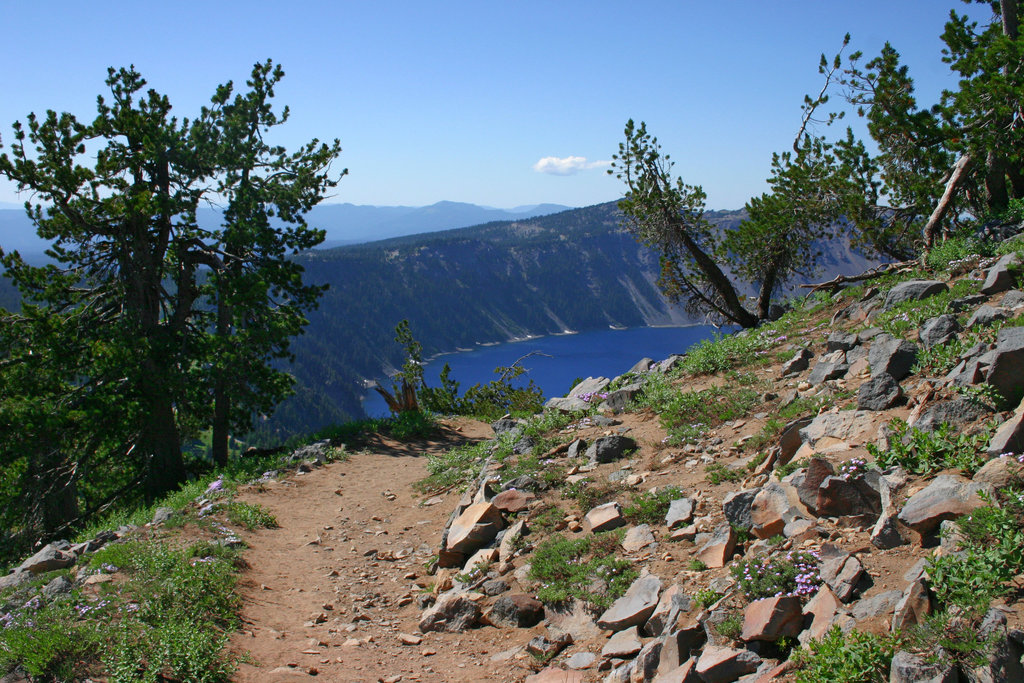 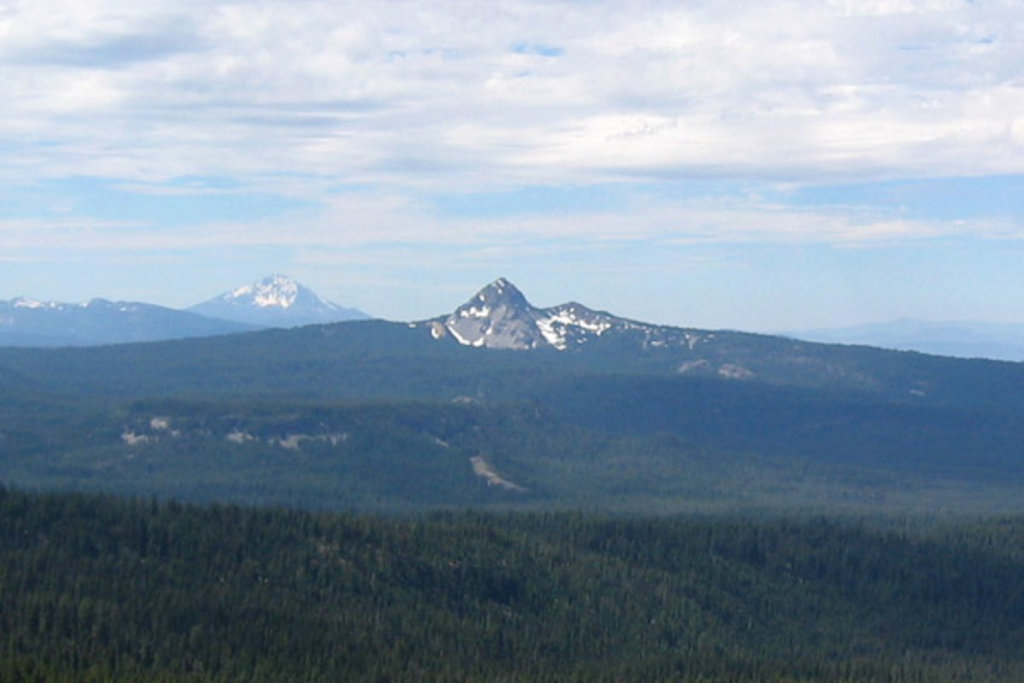 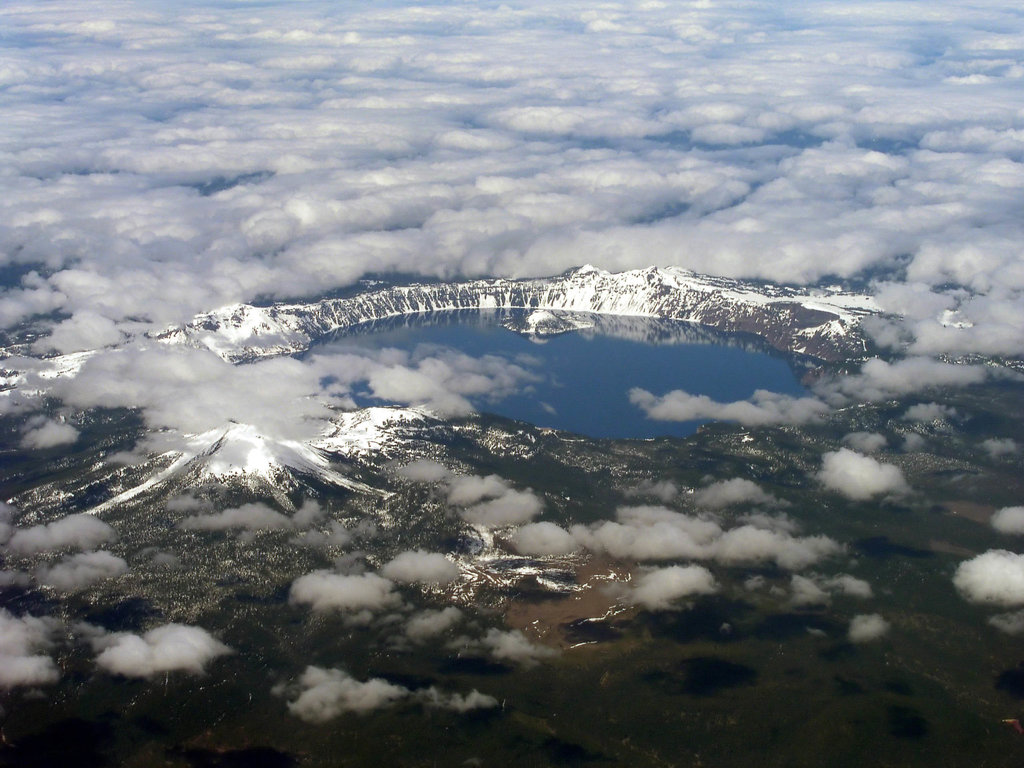 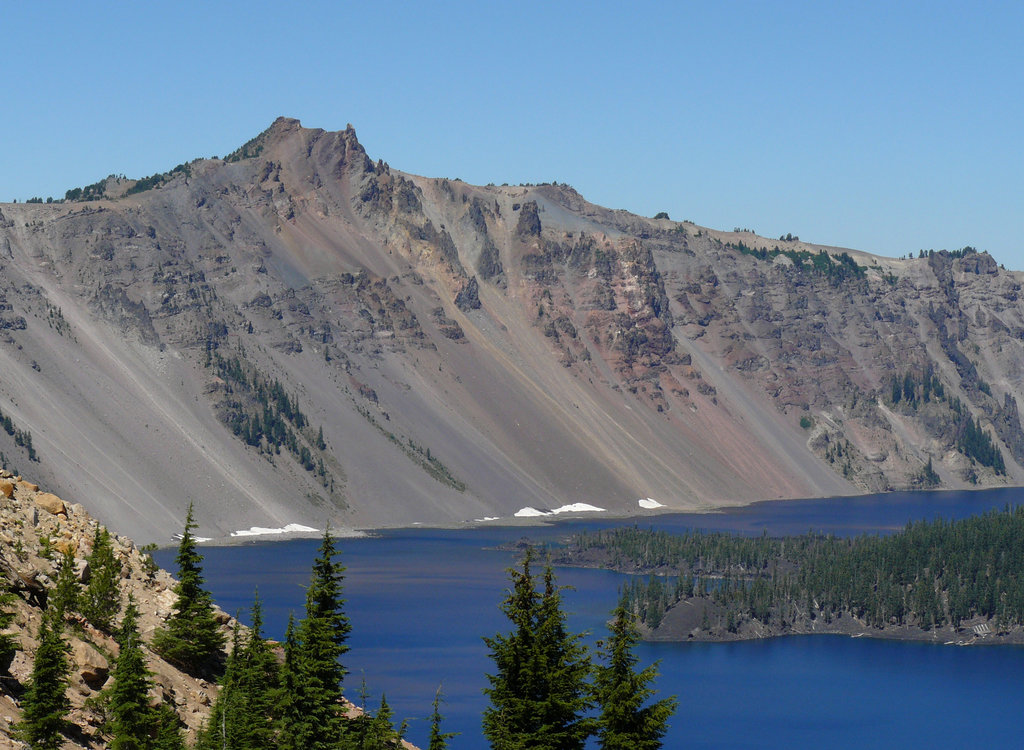