The King Range National Conservation Area is located on the west coast of northern California. There are 21 named mountains in the King Range National Conservation Area. The highest and the most prominent mountain is King Peak at 4,062 feet, just three miles from the ocean. This protected area is unique for how close the peaks are located to the Pacific Ocean. 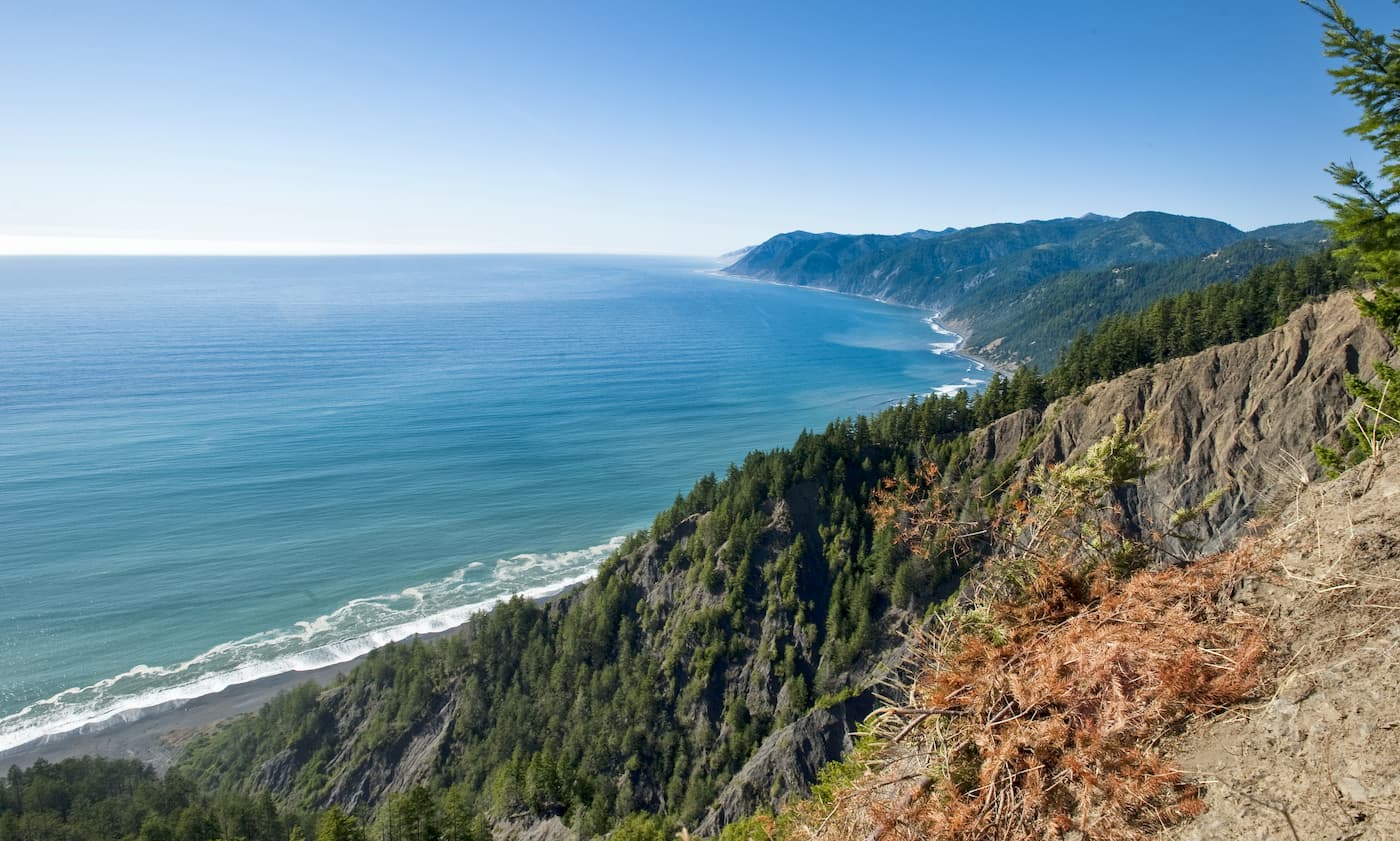 The area covers 68,000 acres and spans 35 miles of the coastline. When construction of the coastal 101 highway was happening, the region was deemed too rugged to build which has led to minimal roads in the area. Because of this, the region was given the name “California’s Lost Coast”. To this day, this section remains the longest undeveloped stretch of coastline in all of California. The proximity to both mountains and ocean allows for a diverse range of activities. The trails attract hikers, bikers, and hunters while the coast is full of surfers.

The King Range National Recreation Area has over 80 miles of trails, from coastal strolls to reaching the highest peaks in the area. The area is also known for its mountain biking trails. In 1970, 60,000 acres of the region were officially designated as a protected area. Most of the King Range is protected within the Recreation Area and the Wilderness Area. This range of mountains is next to the Mendocino Triple Junction, where the Pacific Plate, the North American Plate, and the Juan de Fuca Place meet. Because of this the range, and the surrounding region, often experiences earthquakes.

Much of the coastal region is forested with Douglas-fir and redwood trees. The Mattole River runs through the area along with four endangered species; Coho Salmon, Chinook Salmon, steelhead, and northern spotted owl.

The hike to the summit of King’s Peak is 4.8 miles round trip with 1,955 feet of elevation gain. The trail climbs steadily through the dense forest for the first two miles. Near the top, the trees begin to clear and hikers can take in the views of the surrounding King Range with the Pacific Ocean visible just a few miles away. Take in the unobstructed view of this rugged and undeveloped coastline.

This point to point trail totals 25.3 miles with just 1,578 feet of elevation gain. The trail follows the beach, through sand, pebbles, and driftwood. The remote nature of this coast makes for quaint and peaceful views, unlike much of the state. The trail finishes at Black Sand Beach, given its name for the unique color of its sand. Bring two cars to drive back to the start or hop on the provided shuttle to take you back.

This stretch of the lost coast is a point to point hike along the beach totaling 9.1 miles with just 305 feet of elevation gain. The route starts in Shelter Cove and continues onward to Gitchell Creek, Shipman Lagoon, and finishes at Big Beach. Keep your eyes out to the ocean as this area is known for whale sightings close to shore.

Due to the remote nature of this stretch of coast, the only major/nearby town within a few hours is the city of Eureka. Located at the northern end of the King Range National Conservation Area, Eureka has a population of approximately 29,000. It is the largest coastal town between San Francisco, which lies 270 miles south, and Portland Oregon at the northernmost section of Oregon. Much of the tourism that comes to the city is for the surfing and redwoods throughout the region. This small coastal town is home to an abundance of trails, accessible throughout the year due to the moderate climate. 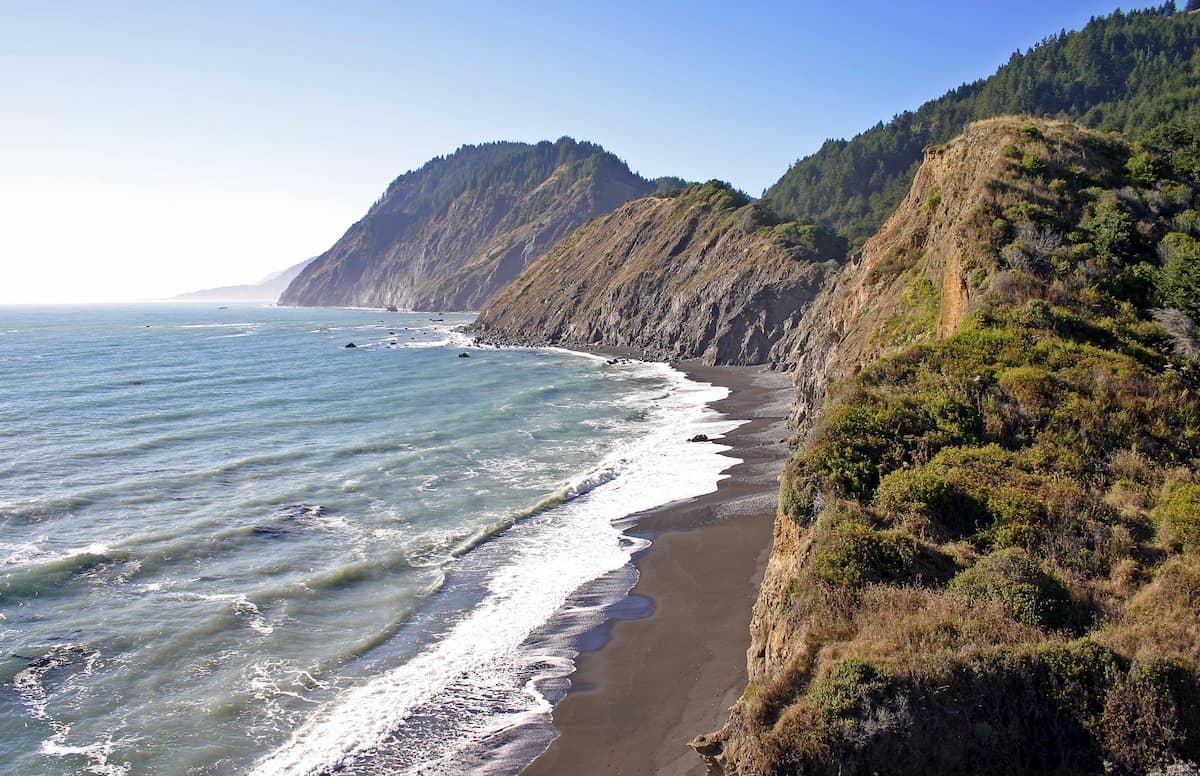 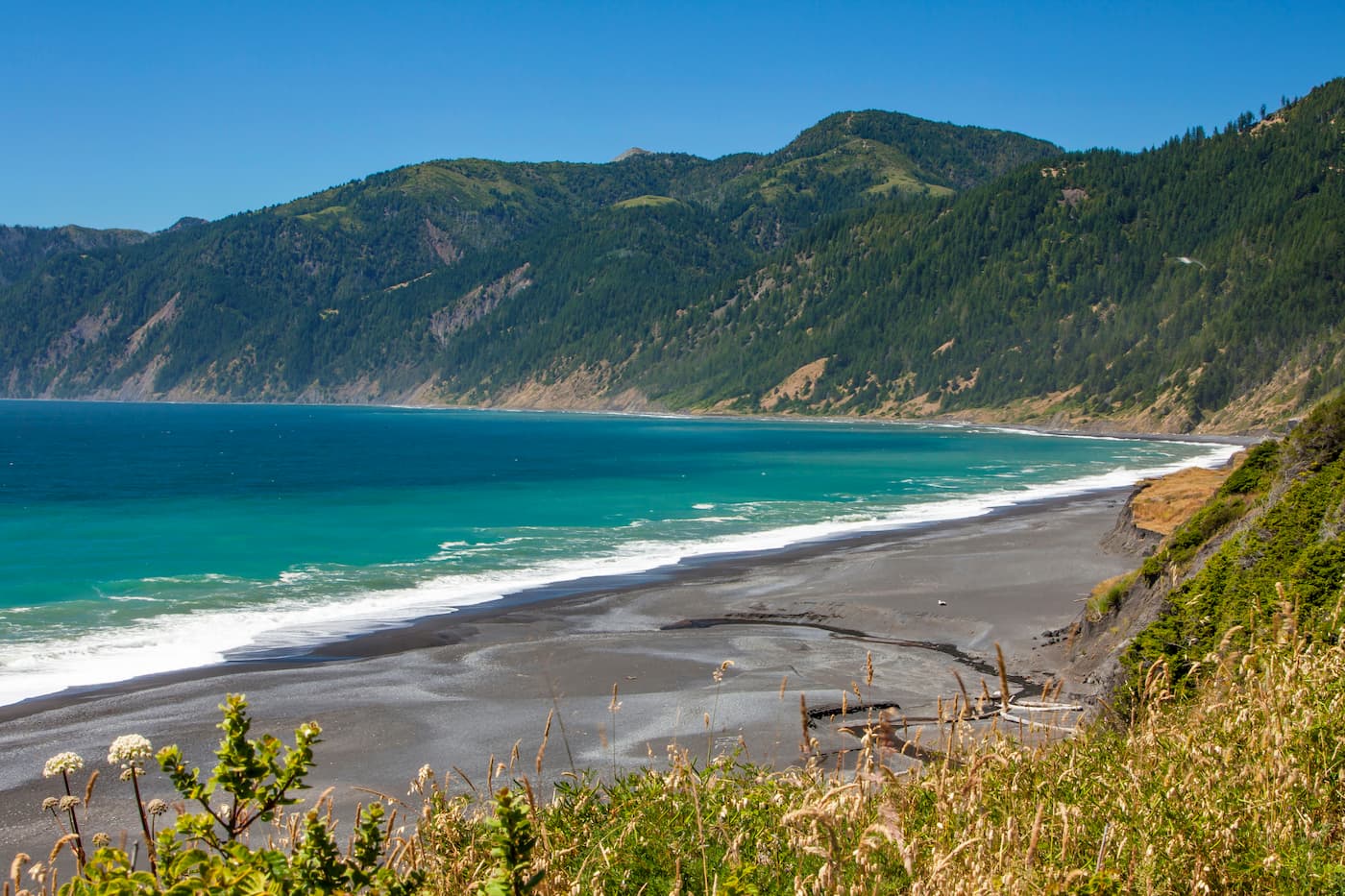 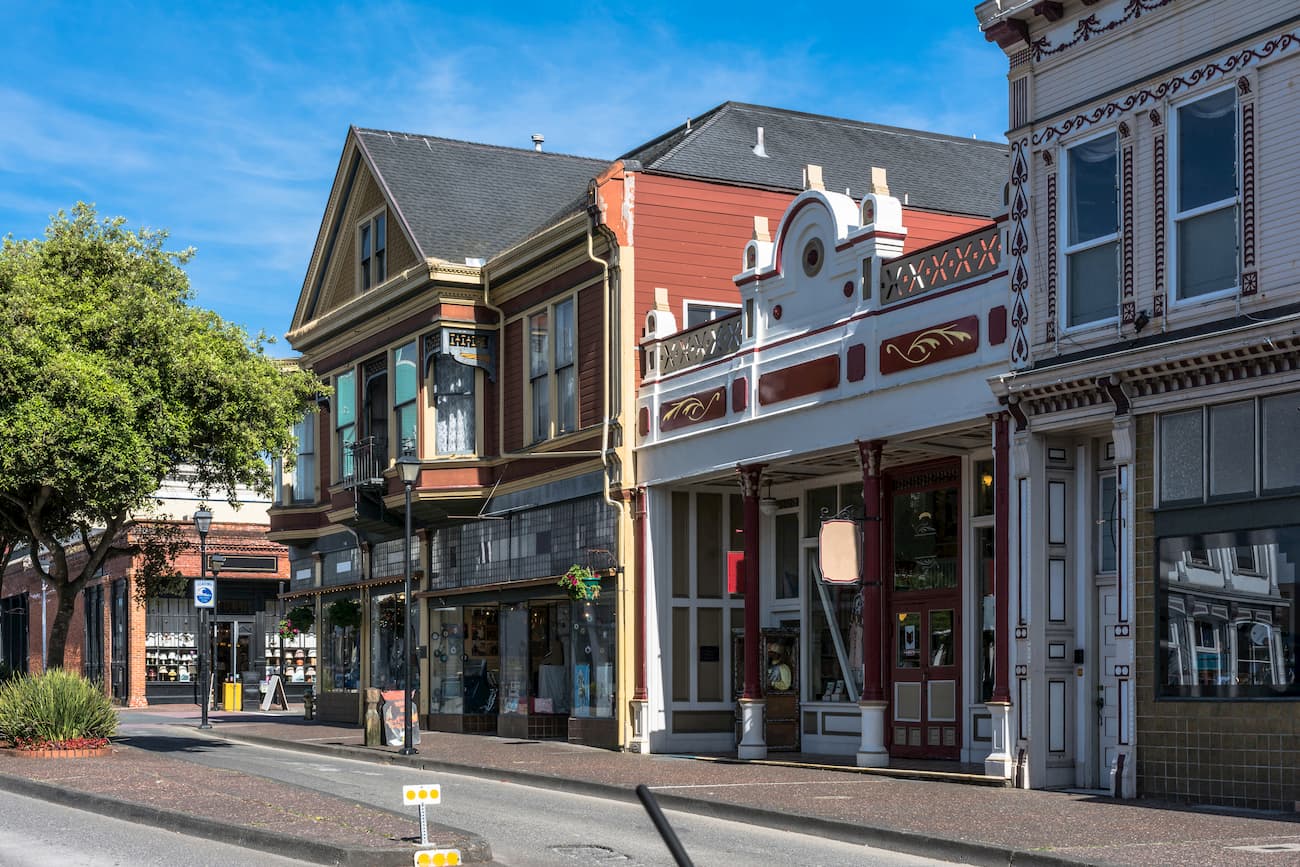