Located in the Santa Monica Mountains, Malibu Creek Park protects 8,215-acres of Malibu Creek Canyon. The park, which stretches from below Malibu Lake to Piuma Road was established in 1974 and opened to the public in 1976. 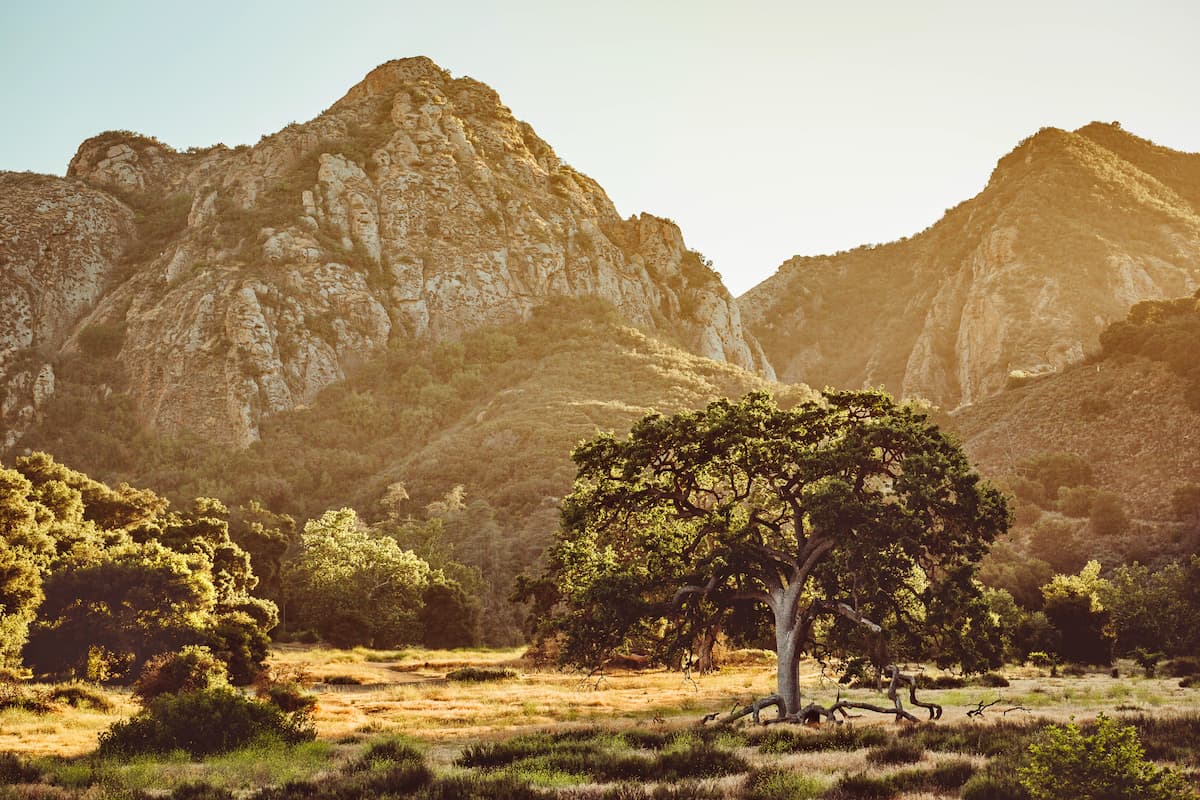 Archeological evidence indicates that humans have thrived in the Santa Monica Mountains for 7,000 years. The first known inhabitants were the Chumash people.

Many of the original footpaths used by natives to travel from village to village are still popular hiking trails in the park today.

In 1946, 20th Century Fox Studios purchased the land to use as a “shooting ranch,” much like Paramount Ranch nearby. Affectionately referred to as “Century Ranch,” Malibu Creek became the backdrop to iconic Hollywood films like “Planet of the Apes,” “Butch Cassidy and the Sundance Kid,” and “Daniel Boone,” as well as acclaimed television series like M*A*S*H.

Part of the former 20th Century Fox Ranch was eventually purchased by Ronald Reagan. The 357-acre ranch was used as a thoroughbred horse farm and was affectionately known as “Yearling Row” until 1966.

Eventually the current parklands, including Century Ranch and the ranches belonging to Bob Hope and Ronald Reagan, would be donated to or purchased by the state and the state park would open to become accessible to the public.

Just a few miles inland from the Pacific coast, most visitors are drawn to Malibu Creek for its fascinating history and extensive network of hiking and biking trails. The park’s location, just 25 miles from Los Angeles, makes it a particularly popular destination for locals looking to escape the city.

Arguably the most popular hiking trail in the park, the M*A*S*H set is located along Crags Road, the main trail through the park. The trail is roughly 4.75 miles road trip, but only climbs 200 feet in elevation, making this trail a great option for both novice and experienced hikers. The site houses an old military ambulance and few other rusted vehicles, as well as signs about scenes from shooting the famous series.

The Malibu Lake trail is a 6.6-mile trail that offers picturesque views of Malibu Lake. The trail starts from a parking area off of Las Virgenes Road and Waycross Road. Hikers can appreciate a variety of wildflowers in route to the scenic overlook.

The Rock Pool and Century Lake Trails is another beloved footpath in Malibu Creek. This scenic, 4.5-mile loop trail is best-known for its spectacular views. While all ages can generally reach Rock Pool, experienced hikers can also opt to traverse the C-shaped gorge that lies between Rock Pool and Century lake.

Malibu Creek is a popular destination for camping. The park is home to a year-round campground that boasts 63 sites, picnic tables, fire rings, coin showers, and a dump station. Campsites are roughly $45/night and burning firewood is prohibited.

Outside of the park itself, there are a variety of accommodations to choose from, including hotels, Bed and Breakfasts, cottages, and private homes. The Malibu Bella Vista, Surfrider Hotel, and Malibu broad Beach House are some of the most popular lodging options. 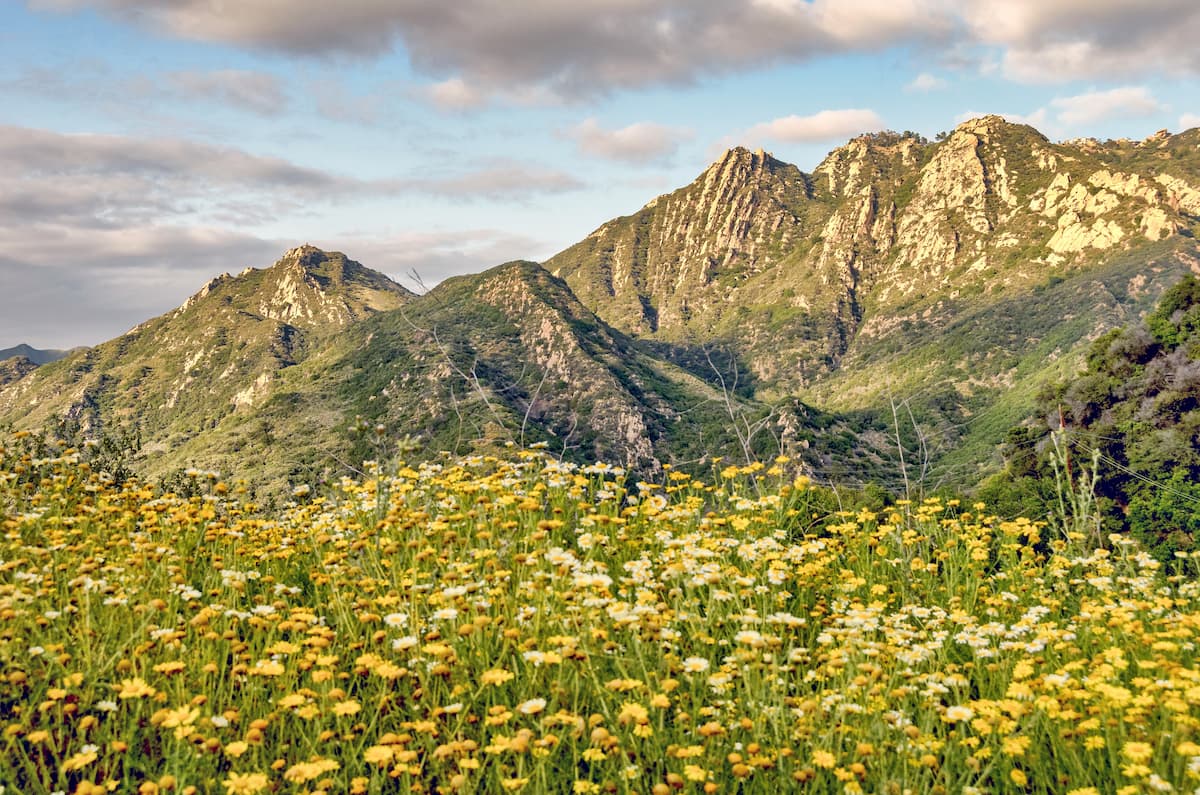 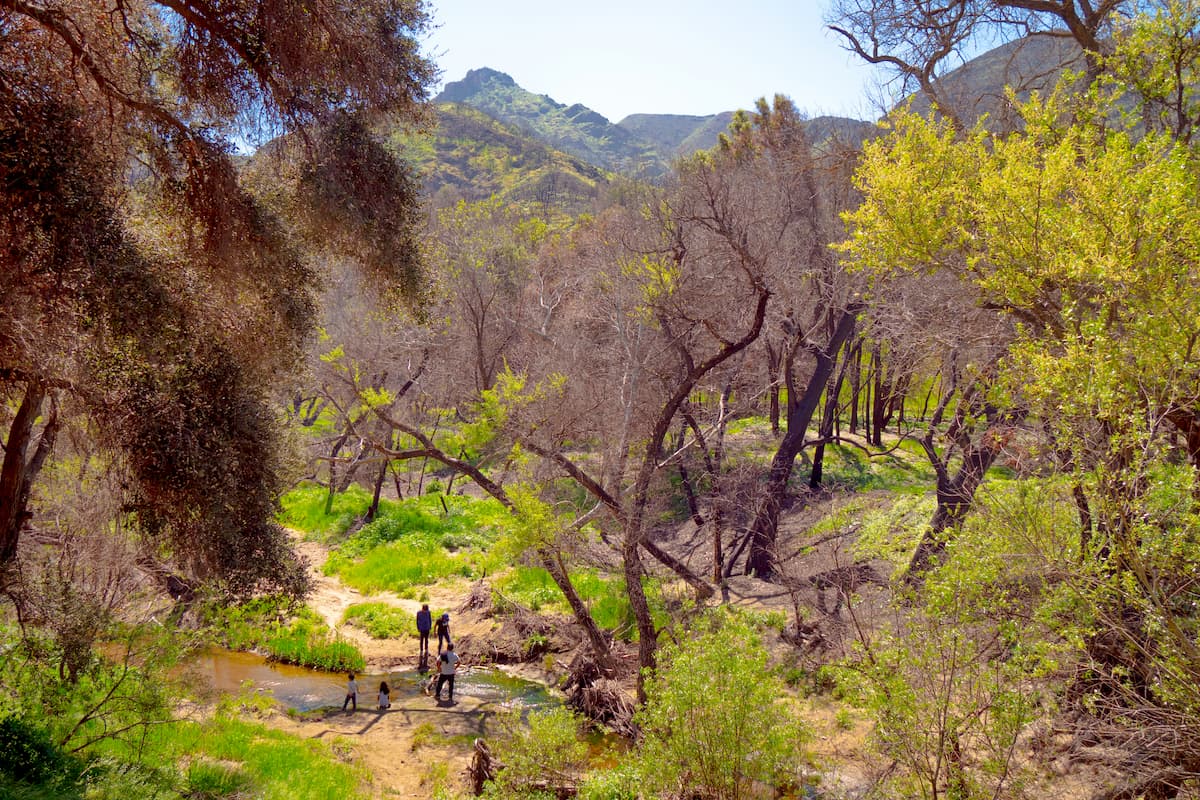 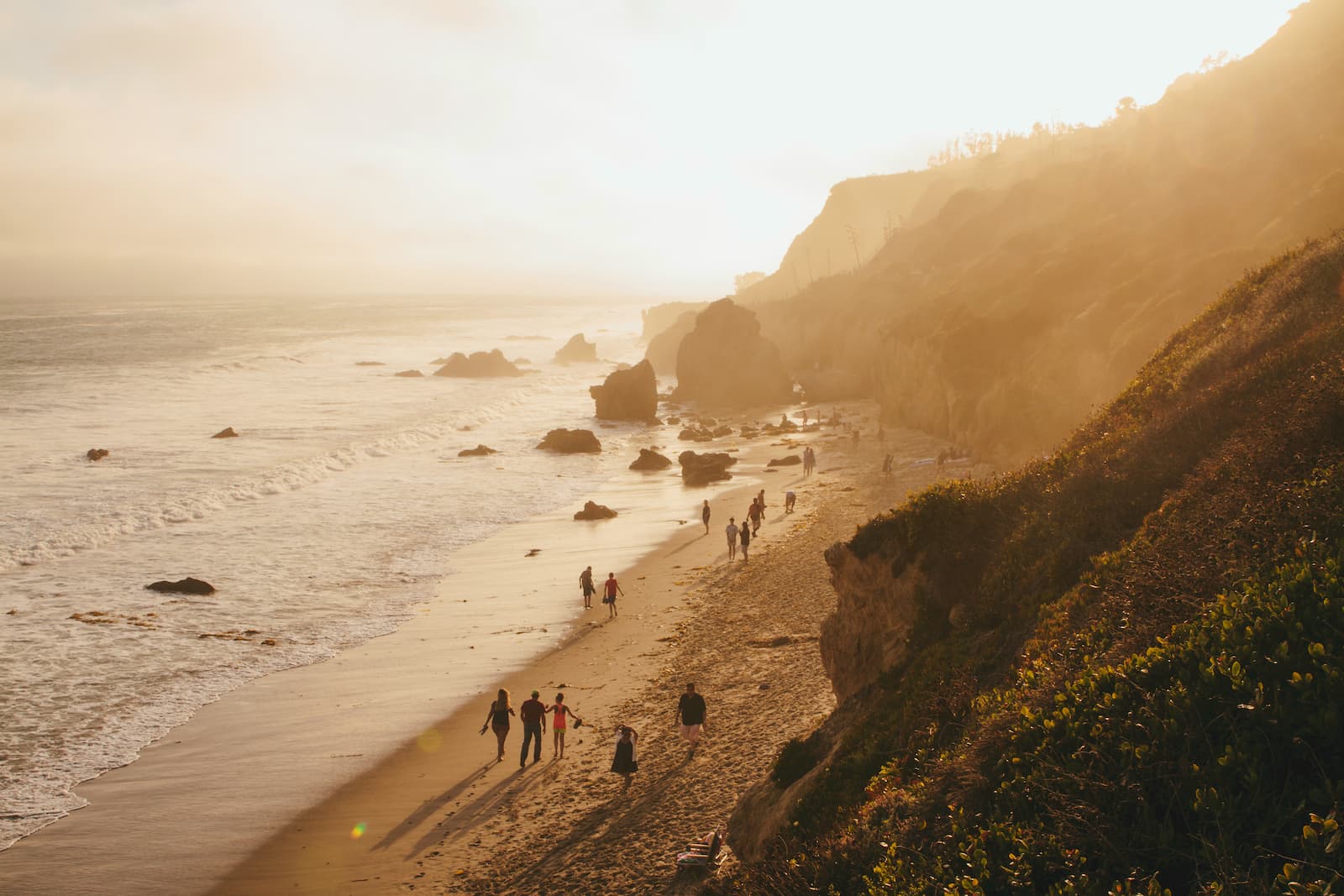