Featuring tens of thousands of acres of rugged terrain, the Sheep Mountain Wilderness is a federally protected area situated just to the northeast of the city of Los Angeles in the US state of California. The wilderness contains 16 named mountains, the highest and most prominent of which is Mount San Antonio (10,066 ft/3,068 m). 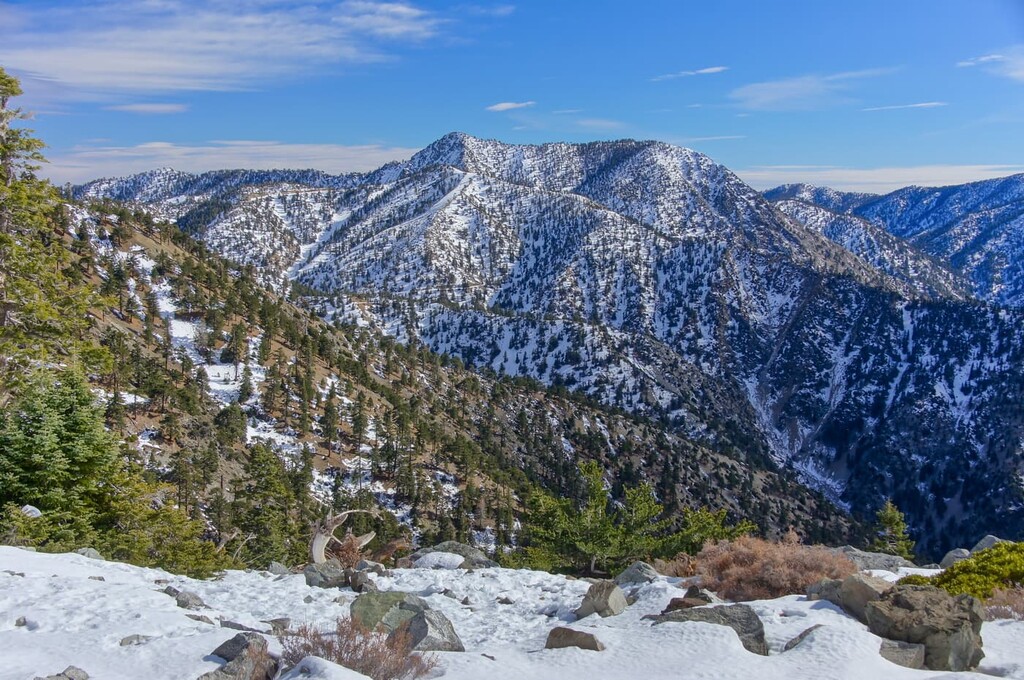 The Sheep Mountain Wilderness is a 41,883 acre (16,949 ha) wilderness area located within Los Angeles and San Bernardino counties in southern California. The wilderness is managed by Angeles National Forest as part of San Gabriel Mountains National Monument. It is one of the most popular hiking areas in the entire national forest.

Most notably, the Sheep Mountain Wilderness includes Iron Mountain (8,007 ft/2,440 m), a popular summit in the area due to its steepness. It also includes the Heaton Flat Recreational Area along the East Fork of the San Gabriel River, which encompasses the very popular Bridge to Nowhere.

The Big Horn Mine is also located in the wilderness, which was purchased from the owner in 2006 by the Wilderness Land Trust. It was later incorporated into the wilderness after being transferred to the US Forest Service.

As such, the geological makeup of the Sheep Mountain Wilderness is mostly Mesozoic granitic rocks. There are also Precambrian igneous and metamorphic rock complexes.

The most stunning example of the Sheep Mountain Wilderness’ geological glory can be seen on Iron Mountain, a 8,007 ft (2,441 m) peak that also hosts perhaps the hardest day hike in the entire Angeles National Forest.

The Sheep Mountain Wilderness Additions include several tributary canyons of the San Gabriel River. It also contains a portion of the San Gabriel Mountains crest between Mount Baden Powell and Mount Hawkins, as well as the upper slopes of Mount San Antonio.

The area in and around the Sheep Mountain Wilderness has been home to humans for thousands of years. The Tongva (also known as Kizh) were the original inhabitants of the southern California region and lived in an approximately 4,000 sq. mi (10,000 sq. km) area that covered the Los Angeles Basin to the Southern Channel Islands.

Spanish colonizers arrived in the area in the 1500s and proceeded to build religious missions as well as expand grazing and agriculture in the area. Meanwhile, Indigenous communities were systematically pushed off of their homelands.

The Tongva were also exposed to diseases, such as smallpox, that were brought by the Spanish settlers and that greatly impacted their population. A notable Tongva rebellion was the 1785 rebellion led by chief Toypurina, which was ultimately unsuccessful. In 1848, after the Mexican-American War, the US signed treaties with the Tongva that promised them millions of acres of land. However, these treaties were not honored.

The Sheep Mountain Wilderness is also home to a number of historic mines, including the Mount Baldy mining district, which was at one point home to the largest lode mine in the district.

The now defunct Bighorn mine produced 3,701 oz (115 kg) of gold and is estimated to have 1.2 million tons of submarginal resources, which average 0.15 oz (4.3 g) of gold per ton. Other resources mined in the area include tungsten, silver, and various other fossil fuels.

The city of Los Angeles began growing dramatically toward the end of the nineteenth century and the beginning of the twentieth, and has progressively encroached more and more into the nearby mountain ranges.

The wilderness was established and added to the National Wilderness Preservation System in 1984, when US Congress passed the California Wilderness Act of 1984.

The best entrance to the Sheep Mountain Wilderness (from points southwest, such as Los Angeles or San Diego) is Highway 39 from Azusa.

From here, you will connect to East Fork Road, which heads into the park. You will pass a couple of large reservoirs on your way into the wilderness: the San Gabriel Reservoir and the Morris Reservoir. You can also enter the wilderness via Glendora Mountain Road.

From the north you will take Highway 2 to Highway 39 and connect to East Fork Road.

Like most of the wilderness areas on US Forest Service land in California, you will need a day or an annual pass to visit and hike in the Sheep Mountain Wilderness. The National Forest Adventure Pass is a recreation pass that can be used for a number of national forests in California.

These passes can either be purchased online and delivered to you. Or you can buy one at local retailers (such as gas stations or a local REI) near the wilderness or in the city of Los Angeles.

When entering the Sheep Mountain Wilderness a wilderness backcountry pass is required and is only necessary for the East Fork Trailhead. This is partly because much of the wilderness does not have blazed trails and the primary trails over Heaton Flats and through the East Fork River are both located at this trailhead.

The Sheep Mountain wilderness has some of the most popular hikes in the entire Angeles National Forest system, as well as one of the hardest. The wilderness also has a number of trails that lead up to Mount Baldy to the west. As a result, it contains a popular and infamous off-trail traverse that travels from Iron Mountain to Mount Baldy via West Baldy.

The Bridge to Nowhere

The Bridge to Nowhere hike is an incredibly popular trail with the potential of some extra fun at the bridge. The hike starts at the end of Camp Bonita Road, which branches off of East Fork Road coming off of Highway 39 or Glendora Road.

This 9.5 mile (15.3 km) hike is a great day hike with manageable elevation gain. One important thing to note is that there are many water crossings on this hike since it follows the East Fork of the San Gabriel River. As such you will want very breathable shoes rather than waterproof boots. Once you get to the bridge, you have the option of adding a little extra kick to your hike by bungee jumping off the bridge.

To say that the Iron Mountain via Heaton Flats hike is difficult would be an understatement. This hike is considered to be the most difficult on-trail day hikes in the entire Angeles National forest, and even Los Angeles County.

This means that the trail’s average grade is around 30 degrees (though it often increases to 50 degrees in places). Comparatively, the Mount Baldy summit via the Backbone Trail only has 4,268 ft (1,301 m) of gain. Suffice it to say that this hike is not for the faint of heart.

The hike starts at the same trailhead as The Bridge to Nowhere Trail, but heads up via Heaton Flats almost immediately. For the first 3 miles (4.8 km) of the trail, you climb up a generous grade compared to the rest of the hike. Oddly enough, the first section of the hike seems to exist purely to wear you out before the famous ‘suffer fest’ begins at around the halfway point.

You will know when you get to the sufferfest. At the completion of Heaton Flats you will descend into a small valley before you start climbing steeply uphill. You won’t stop climbing for longer than a few feet for the rest of the hike.

For this hike, bring more water than you anticipate needing, especially in the hotter months (about 3 to 4 liters). Also, plan to start early. A 6 AM start time for this hike is considered extremely late.

Bring trekking poles as the grade on the trail can be perilous. This hike is best done in the fall and spring. In the winter the snow makes the hike much more difficult and in the summer the temperature, coupled with the exertion of the hike, can be very dangerous.

While Iron Mountain is one of the most challenging hikes you could attempt in the Sheep Mountain Wilderness, it is also one of the most rewarding. As such, it has become a beloved hike for the most ravenous of hiking enthusiasts in the southern California region.

The Sheep Mountain Wilderness is a great place to get away while not being too off the grid. In fact, the wilderness is within an hour’s drive of most city areas. 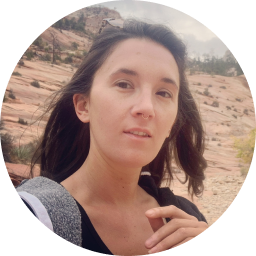 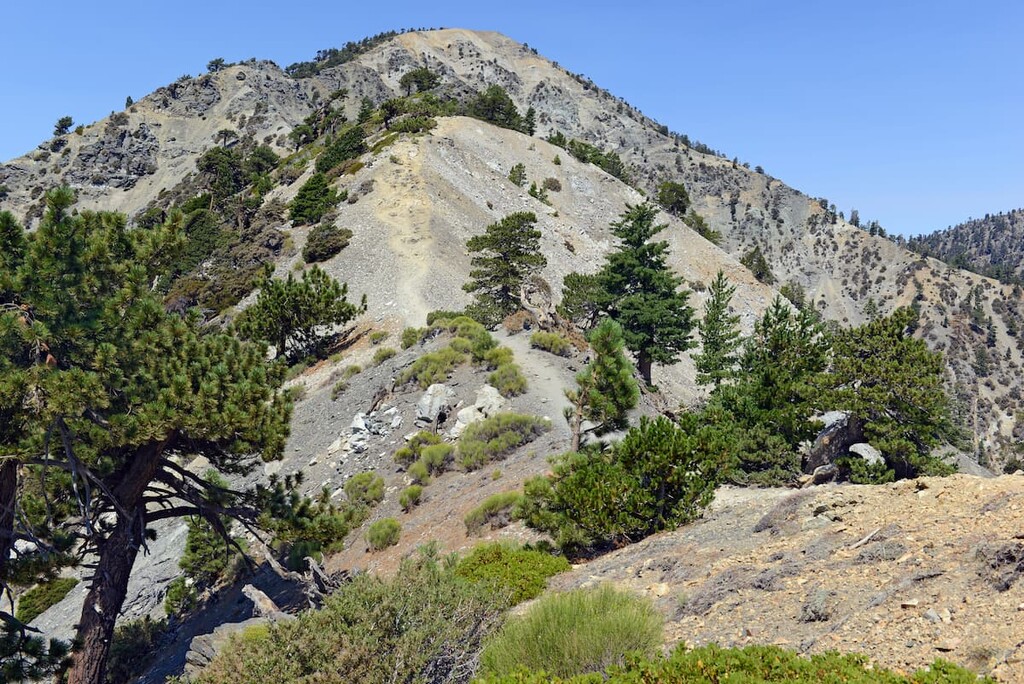 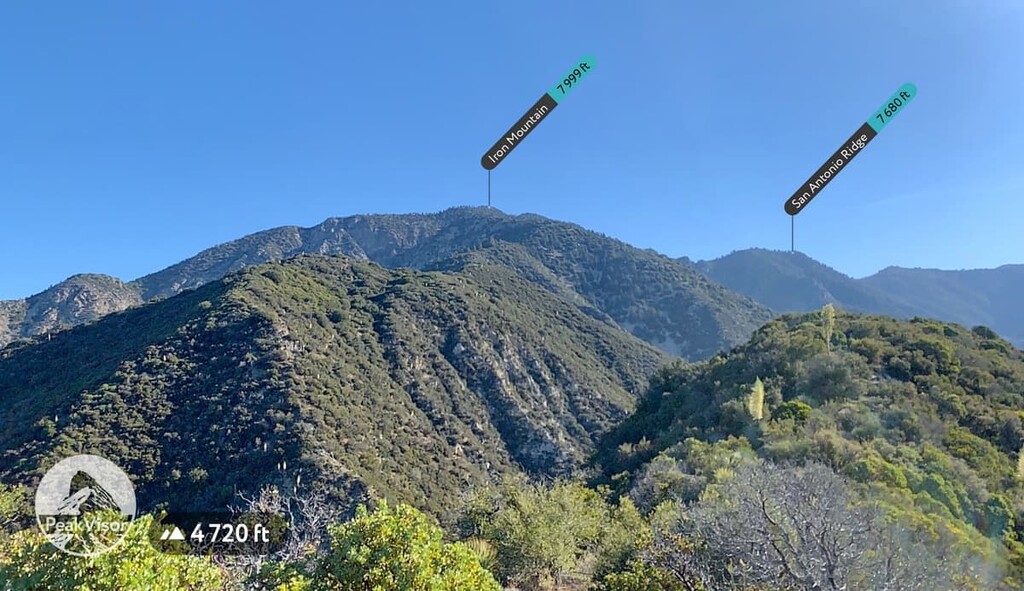 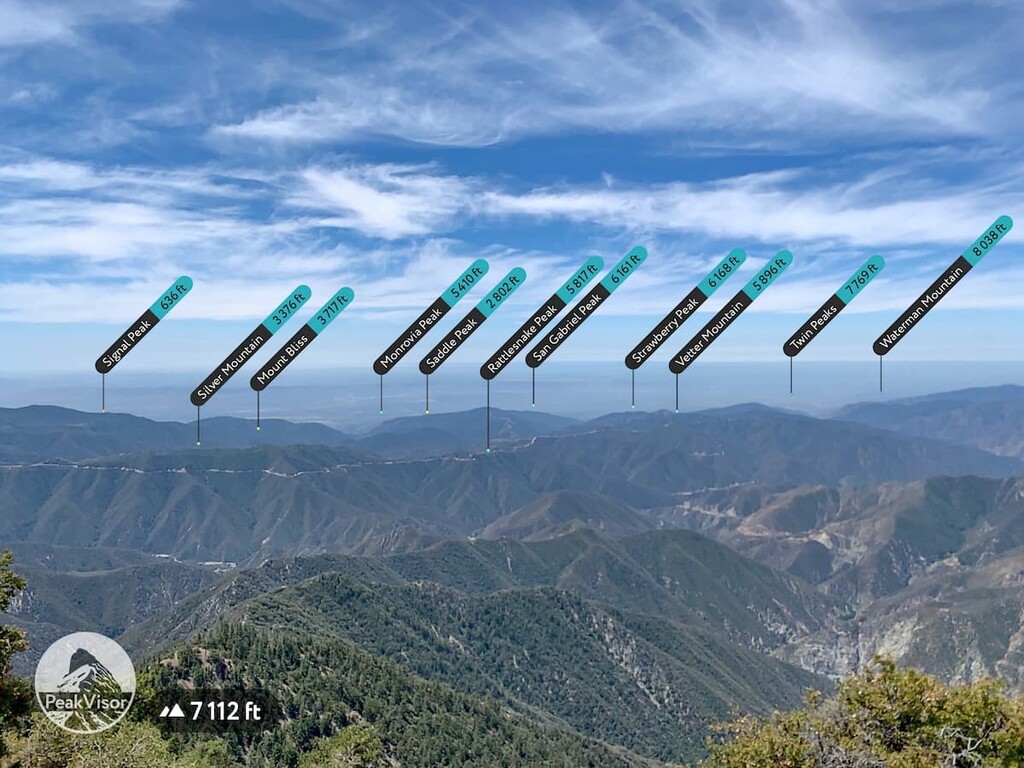 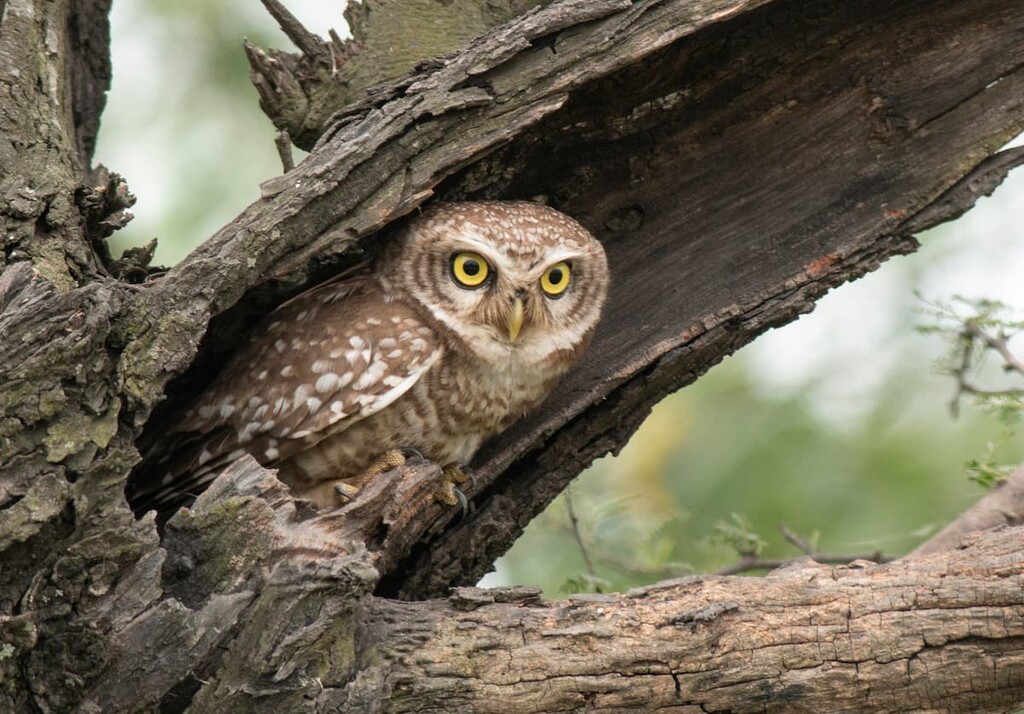 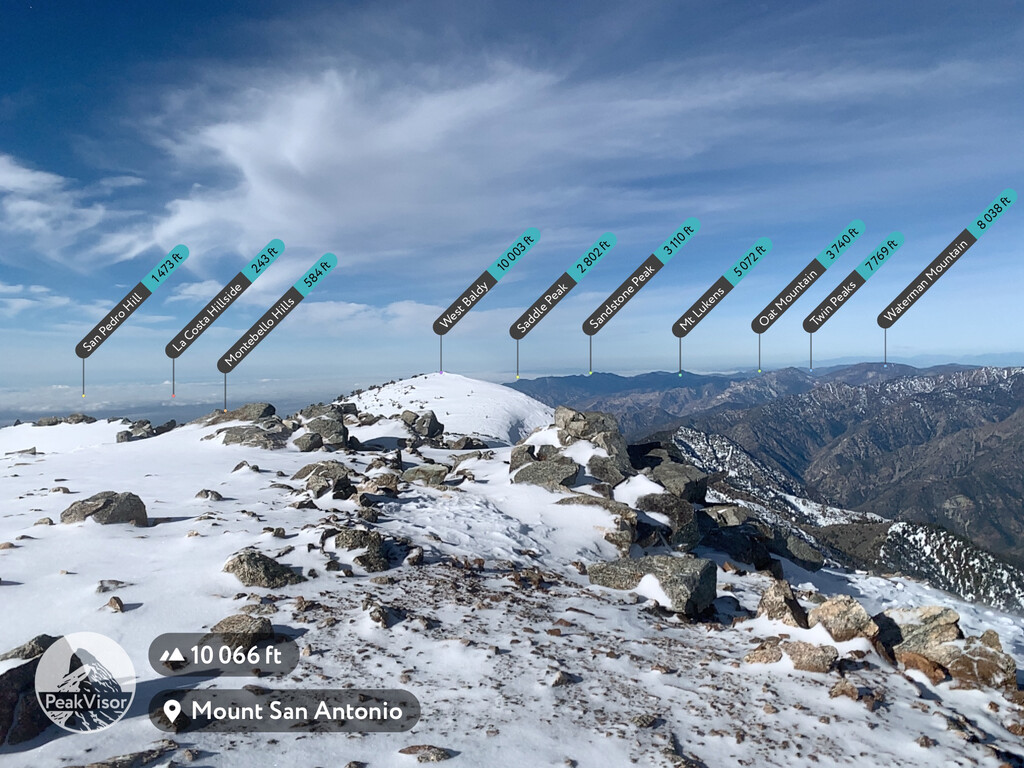