Situated just north of the city of Los Angeles, the San Gabriel Mountains National Monument is a federally protected area in the US state of California that’s known for its rolling peaks and large canyons. The monument contains some 540 square miles (1,398 sq. km) of land and is home to 52 named mountains, the highest and most prominent of which is Mount San Antonio (10,066ft/3,068m). 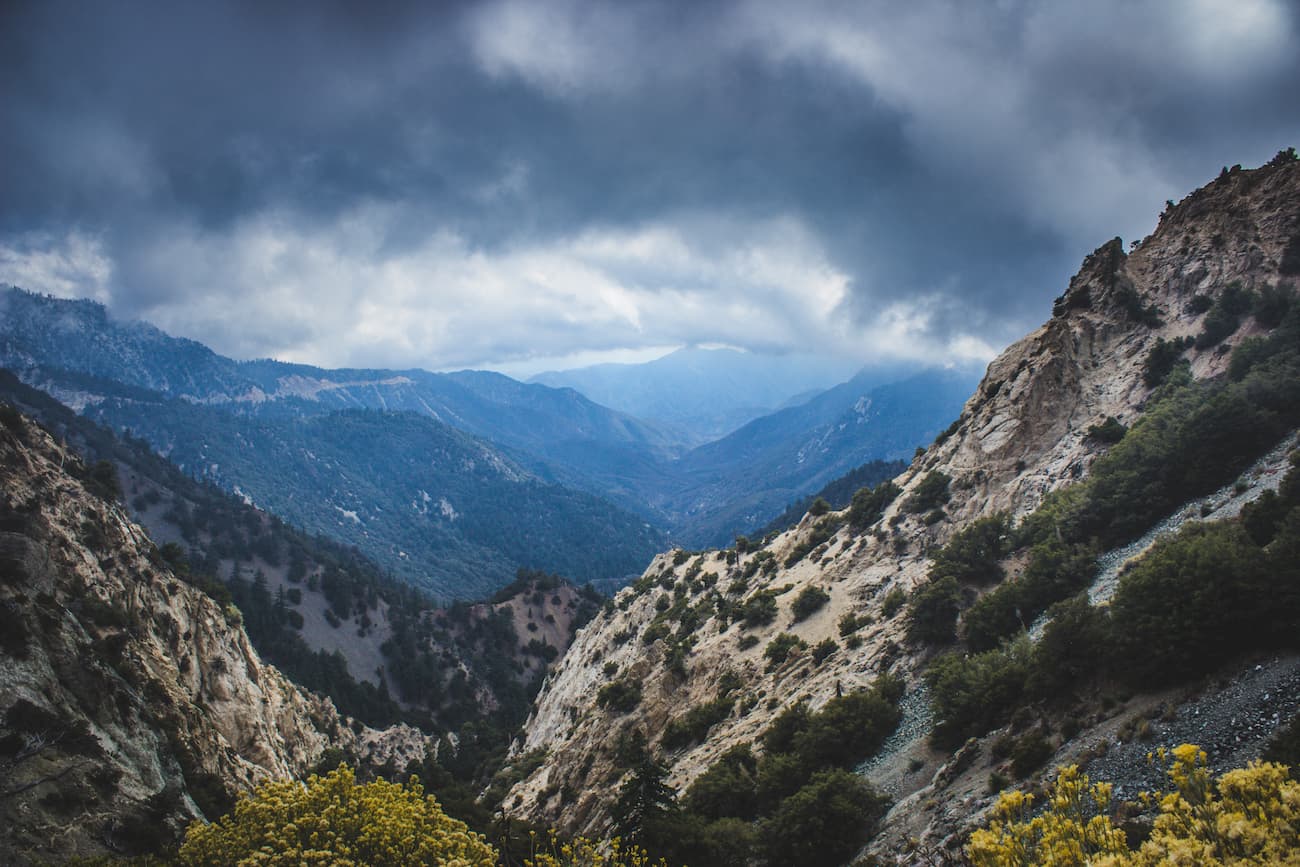 Despite its proximity to one of the largest metropolitan areas in the United States, San Gabriel Mountains National Monument is also close to a number of different national forests, including Los Padres, San Bernadino, and Cleveland. The monument is mostly located within Los Angeles County but extends slightly into San Bernadino County, too.

Geologically, the San Gabriel Mountains are comprised mostly of granitic and metasedimentary rocks, which are generally upper Precambrian to Mesozoic in age. Like the other ranges in the southernmost part of California, these mountains are the remains of the uplift of various fault blocks during the Cenozoic. This makes them geologically distinct in origin from California’s Sierra Nevada Range.

The tectonic forces that created the San Gabriel Mountains are quite complex and are the result of movement in many of the region’s transverse faults. Interestingly, while the basement rocks throughout the California Ranges vary greatly from subrange to subrange, the San Gabriel Mountains are some of the oldest, dating back to at least the Proterozoic.

At lower elevations without extensive tall tree cover, the San Gabriel Mountains are covered with widespread chaparral vegetation, which includes shrubbery, brush, and small trees. Chaparral is particularly well adapted to fire, which makes it particularly well suited for survival in southern California.

Above 5,000 feet (1,524m) and in places with above-average precipitation, the mountains are home to pine, cedar, fir, and oak forests. In slightly wetter areas, ferns, bay laurel trees, and madrone are more common. Meanwhile, riparian areas around waterways feature alder, cottonwood, and willow, particularly along streambeds.

Additionally, there is a specific subspecies of the leather oak (Quercus durata) that is only found in the San Gabriel Mountains. The areas around the San Andreas Fault rift zone also contain some unique sag ponds, wetlands, and springs.

As far as wildlife goes, the monument is known to be the habitat of a variety of large mammal species, such as black bear, coyote, mule deer, and even mountain lions. The area is also prime habitat for hawks and rattlesnakes. On occasion, visitors may even see golden and bald eagles when in San Gabriel Mountains National Monument.

Spanish explorer Juan Cabrillo is known for being the first European to have interacted with the Tongva people, having arrived on Santa Catalina in the Channel Islands in 1542. Over two centuries later, Spanish Franciscan priests founded Mission San Gabriel and Mission San Fernando in the 1770s within the territory of the Tongva.

From this point forward, the Tongva were forced off their land and their culture collapsed rapidly as they were exposed to diseases, such as smallpox, that were brought by the Spanish settlers. The Tongva made a number of attempts to resist Spanish rule, most notably in a 1785 rebellion led by chief Toypurina.

But, when Mexico gained independence from Spain in 1821, the mission lands were sold to ranchers and the Tongva were forced to culturally assimilate or were further pushed from their land.

When California was ceded to the United States after the Mexican-American War in the 1848 Treaty of Guadalupe Hildago, the US signed subsequent treaties with the Tongva that promised them millions of acres of land. However, these treaties were never ratified, the Tongva never received control over their ancestral homelands, and by the 20th century, the remaining communities of Tongva were nearly completely wiped out.

Meanwhile, the city of Los Angeles grew drastically toward the end of the 19th century and the beginning of the 20th, particularly after petroleum was discovered in the Los Angeles Basin and the surrounding area. The city has grown significantly in area, particularly as its population soared and residents looked for housing in nearby suburbs, further encroaching on the nearby mountain ranges.

Congresswoman Hilda Solis started the formal movement to preserve the San Gabriel Mountains began in 2003 when she initiated an environmental feasibility report to investigate whether the area could receive federal protection. The monument was officially established in 2014 by a proclamation signed by President Barack Obama under the Antiquities.

The San Gabriel Mountains National Monument was created as a response to greater demand from locals for environmental protection in the mountains as the region’s tourism industry skyrocketed. Concerns about pollution and vandalism, as well as an increasing desire to protect public lands for recreation, gained widespread support from local residents.

Indeed, more than 15 million people live within an hour and a half drive of the San Gabriel Mountains National Monument, which provides 70% of the open space available to most residents of Los Angeles. The mountains also supply 30% of the region’s drinking water.

The San Gabriel Mountains National Monument is a highly popular hiking and outdoor recreation area. It is home to a number of great hiking areas, which include:

The Sheep Mountain Wilderness is located in the northeast part of the San Gabriel Mountains National Monument. It contains 65 square miles (169sq. km) of land and is home to 11 named mountains, the highest and most prominent of which is Mount San Antonio.

Interestingly, the Sheep Mountain Wilderness was created three decades before the national monument as a result of the California Wilderness Act of 1984. Popular destinations within the wilderness include Iron Mountain, the Bridge to Nowhere, and the Big Horn Mine.

The San Gabriel Wilderness is located in the central part of the San Gabriel Mountains National Monument. It contains 57 square miles (150 sq. km) of land and is home to 6 named peaks, the highest and most prominent of which is Waterman Mountain. The wilderness contains a number of popular trails including the Mt. Waterman Trail, the Devil’s Canyon Trail, and the Bear Creek Trail.

The wilderness is situated on the northern slope of the San Gabriel Mountains, near where they meet the Mojave Desert. It is well known for its majestic rolling peaks and great views of the Mojave Desert Basin. Additionally, the Pacific Crest Trail travels through the Pleasent View Ridge Wilderness.

Here are some of the best places to stay before and after your trip into the San Gabriels Mountains National Monument:

Burbank, California is situated just north of the city of Los Angeles and just south of the San Gabriels Mountains National Monument. It is home to over 100,000 people and is the location of a number of media and entertainment companies, including Warner Bros, Nickelodeon, and Cartoon Network.

The city has an airport that serves flights to major cities around the western United States as well as to select destinations on the East Coast. However, Burbank is also just 30 minutes (without traffic) from LAX, a major international airport. Burbank is also located along I-5, which offers good driving connections throughout the state of California.

Los Angeles, California is home to over 4 million people, which makes it the largest city in California and the second-largest in the United States, after New York. The city is directly south of the national monument so it’s a good place to start your journey.

Los Angeles is home to a major international airport as well as an intricate system of highways, which connect it to the rest of the state and the country. That being said, the city’s highways are known to be some of the most congested in the entire country, so budget a lot of time for traveling in, around, and through the city.

Santa Barbara is a city of some 90,000 people located north of Los Angeles and the San Gabriels Mountain National Monument. It is situated on the coast of California and is a popular tourist destination.

US Route 101 travels directly through Santa Barbara and connects it to the state’s other major cities, including Los Angeles and San Francisco. Santa Barbara has a busy Amtrak station with service to many other cities along the coast. It also has a fairly busy airport with non-stop flights to major cities in the American West. 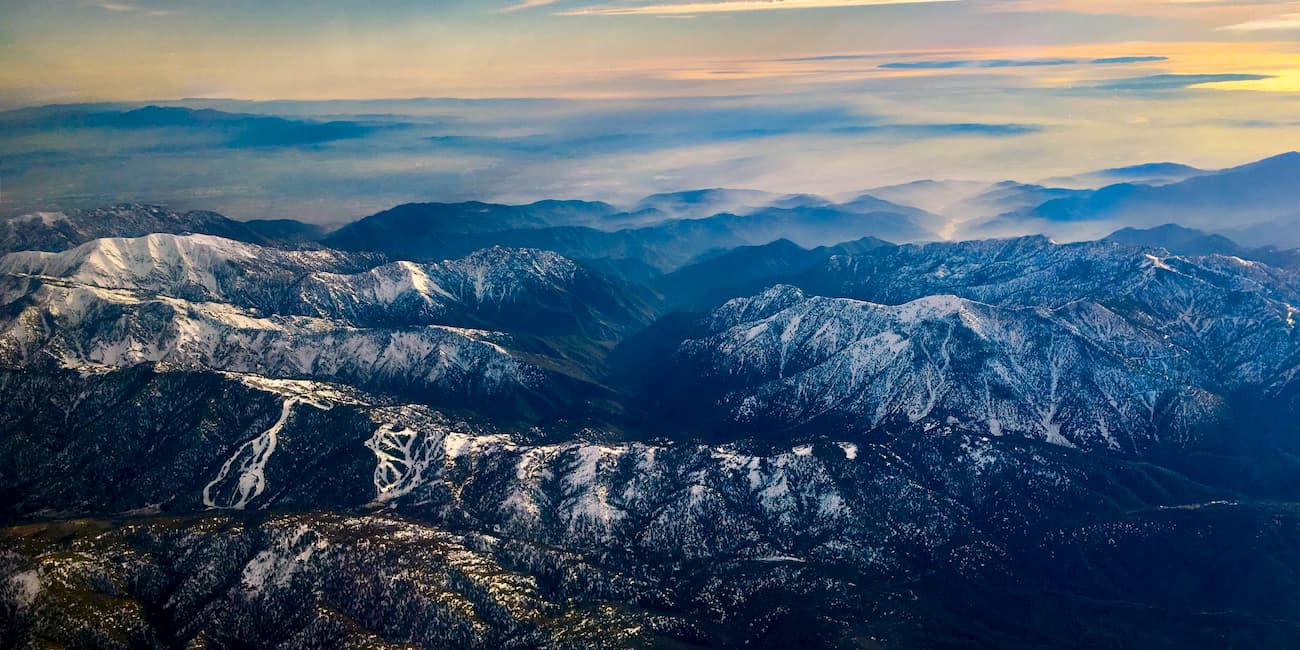 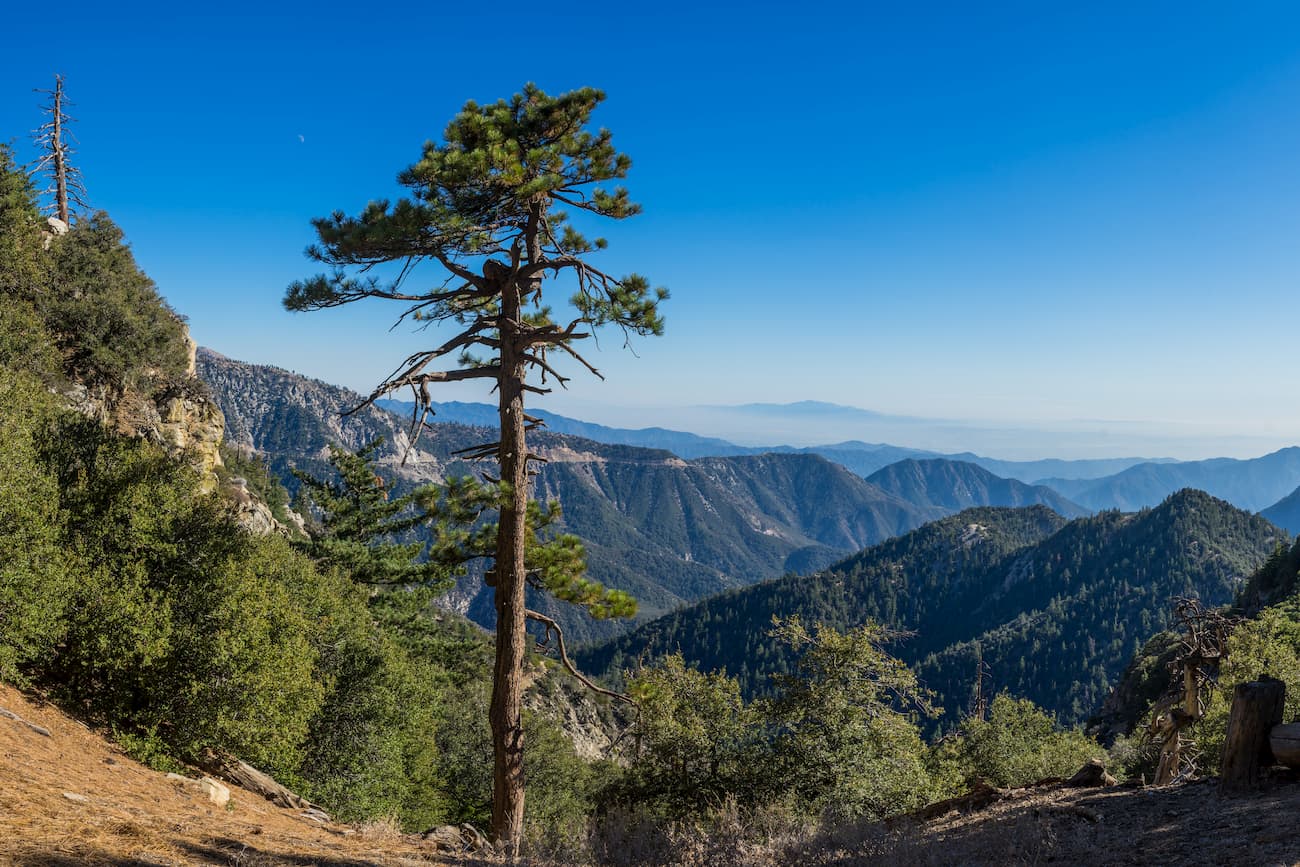 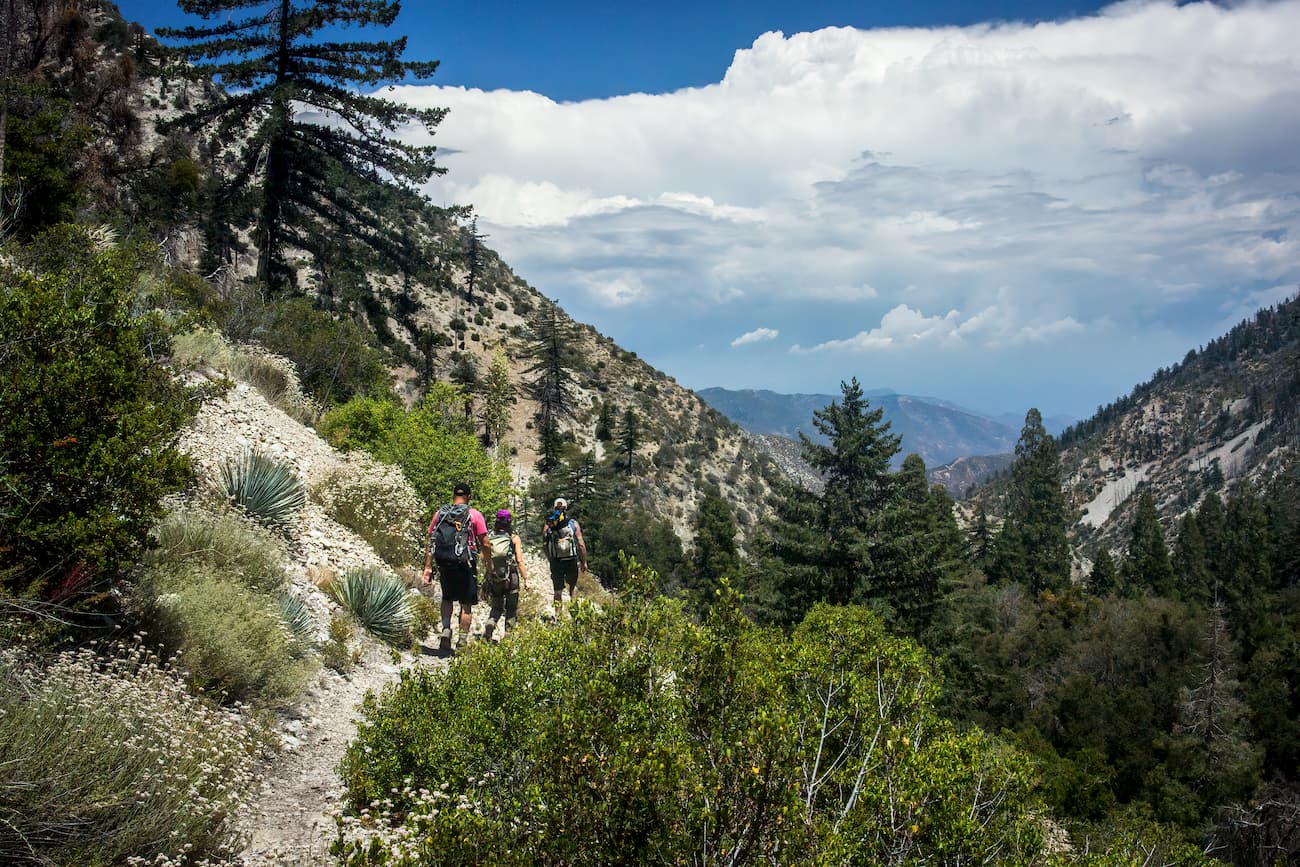 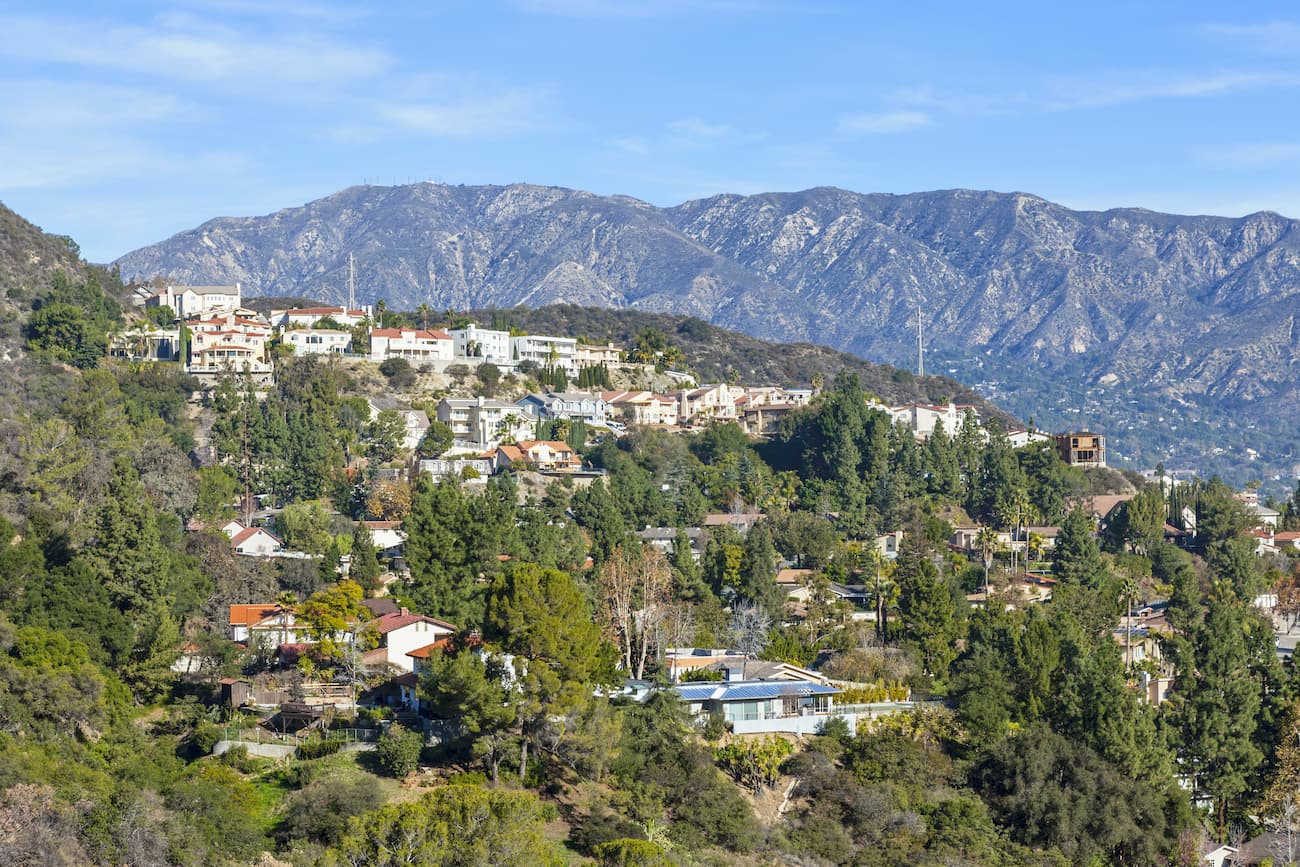 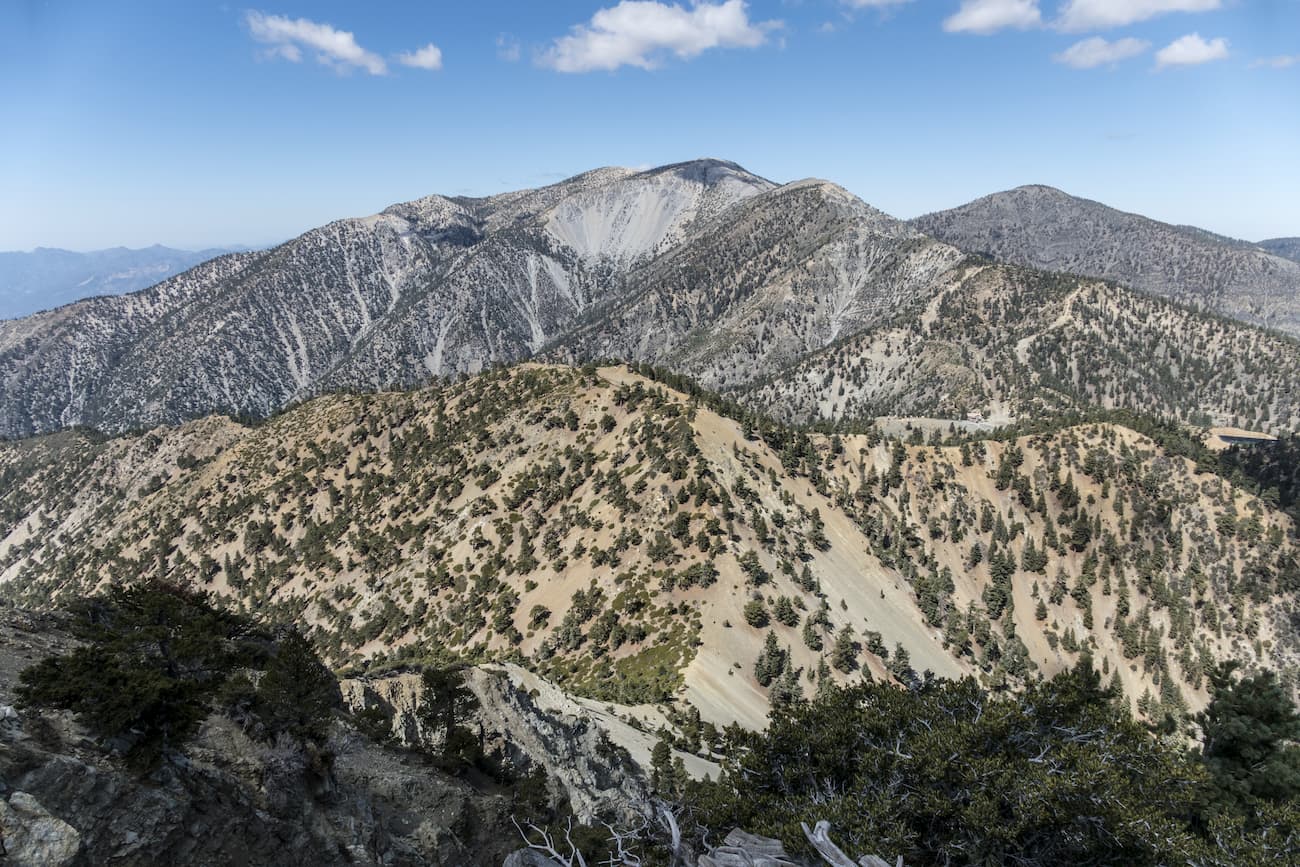 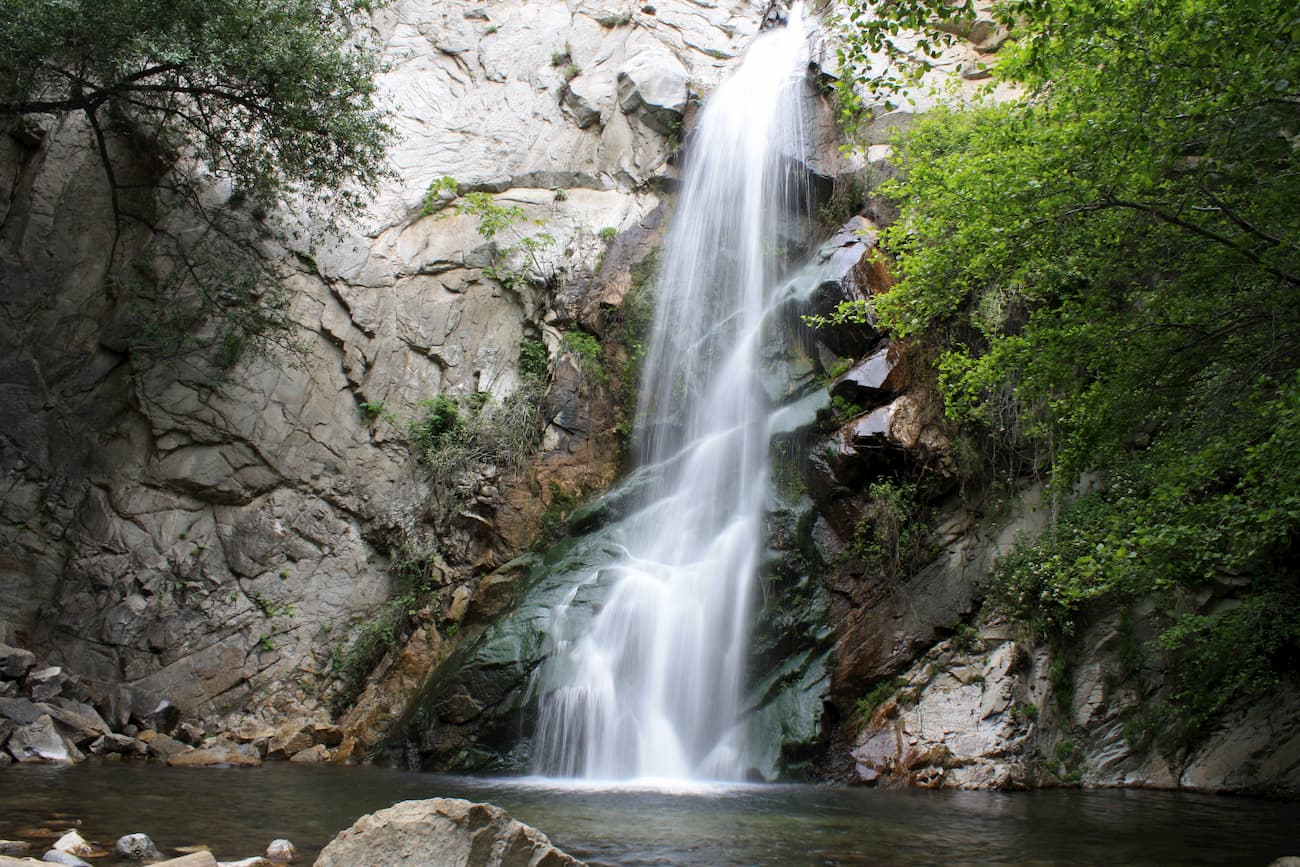 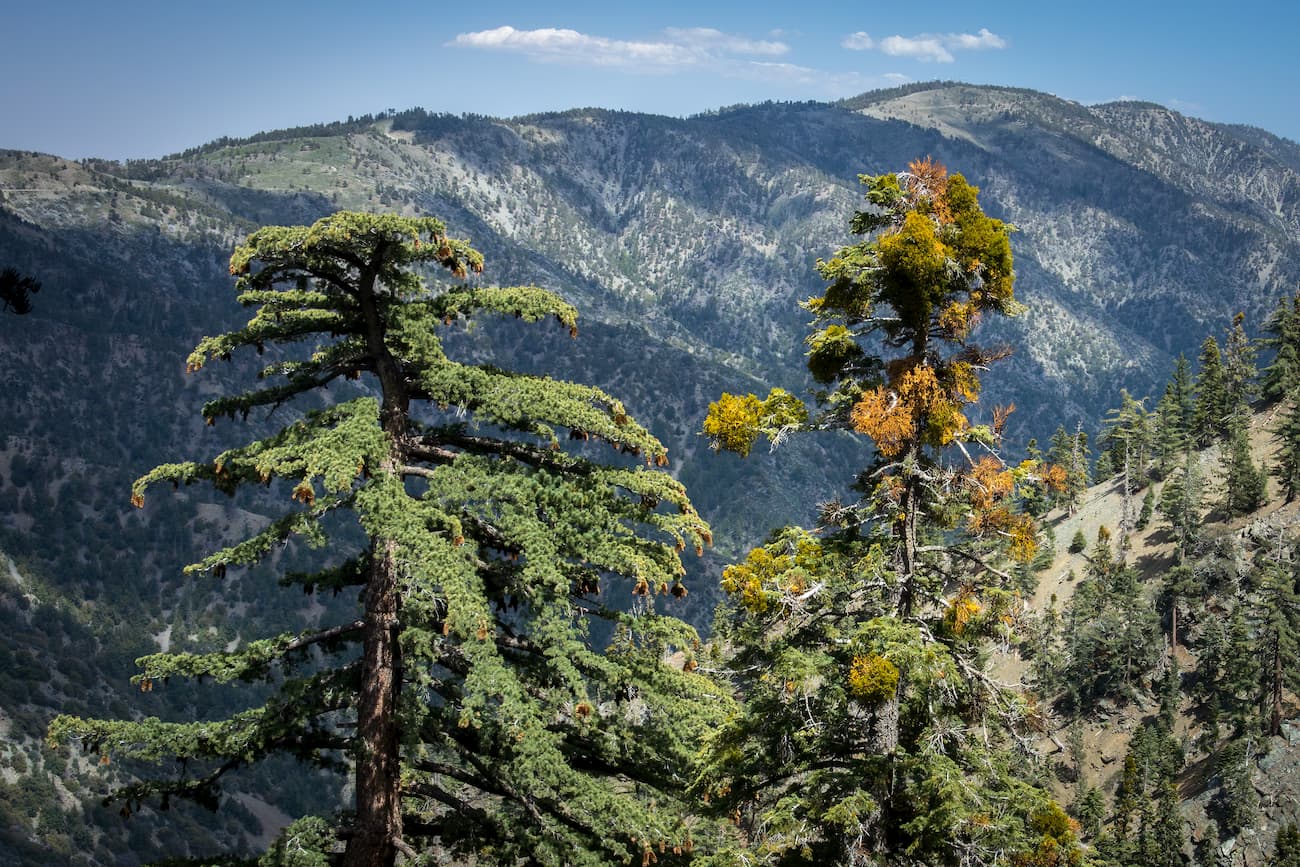