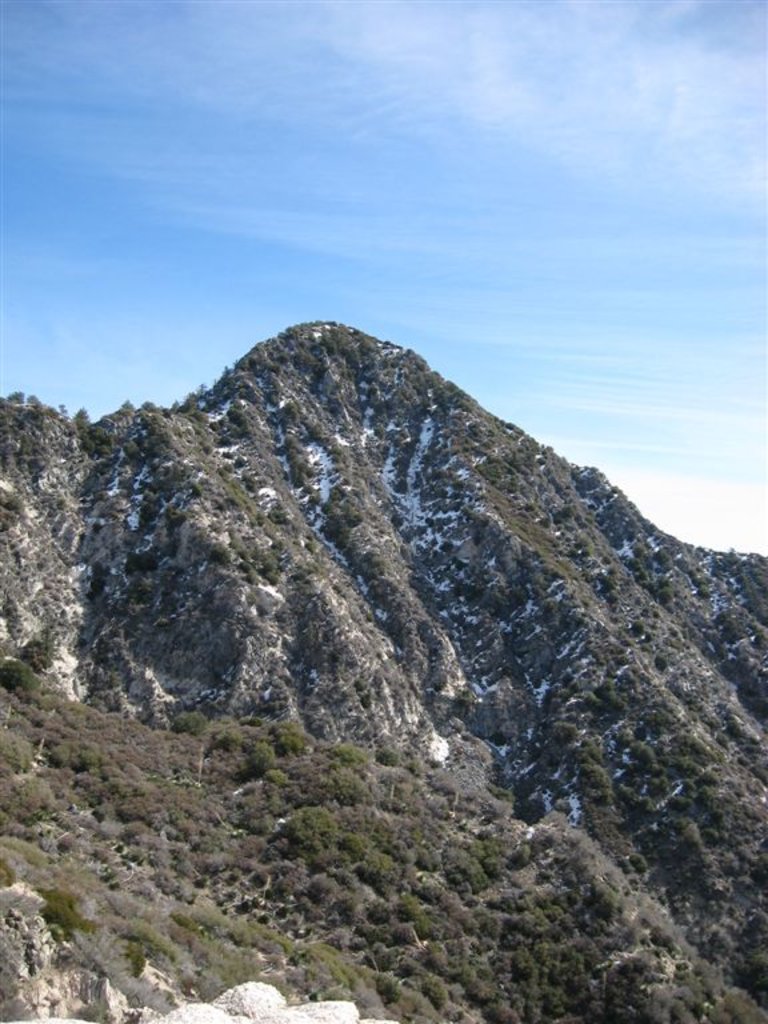 Add photo
1 880 m
Elevation
Elevation is the altitude of a place
above sea level.

485 m
Prominence
Peak’s prominence is the least
vertical to be covered to get from the
summit to any other higher terrain.

Strawberry Peak (6,164 ft or 1,879 m) is a prominent peak in the San Gabriel Mountains of Los Angeles County, California. It is located about 10 miles (16 km) north of Pasadena, and 28 miles (45 km) from Los Angeles, along the Angeles Crest Highway. Strawberry Peak is the tallest of the front range peaks, being three feet higher than nearby San Gabriel Peak. Both can be widely seen from greater Los Angeles and the San Gabriel Valley, and are popular with hikers. Other prominent nearby peaks include Josephine Peak and Mount Wilson. Strawberry Peak was named by mountaineers over a century ago, who felt the peak resembled an enormous upside-down strawberry.

The peak can be ascended on the east side as a 7.5-mile trail walk using Strawberry Peak Trail, which begins near the Red Box Picnic Area, or from the west as a class 3 scramble from a trailhead near the entrance to the Switzer Picnic Site.

The area was closed to the public as a result of the Station Fire. However, the last closure order expired on May 24, 2014. Remaining fire damage in the area is minimal.

It is especially common to see Rattlesnakes in the area.
There's a demading hiking trail (T3) called Firebreak leading to the summit.

34.351111 N   -118.070278 W
Nearest Higher Neighbor
Roundtop - 9.1 km NE
El: 1 924 m / Prom: 63 m
Check out a downloadable 3D model of Strawberry Peak area. A higher resolution model can be found in the PeakVisor mobile app.
Do you have photos of Strawberry Peak or know something about it? Please let us know!