The Cucamonga Wilderness is a 12,781-acre wilderness area located in the eastern San Gabriel Mountains in Southern California. Known for its steep, rugged terrain, elevations in the wilderness range from approximately 5,000 feet to nearly 9,000 feet at the top of Telegraph Peak.

There are just a handful of summits in this region, but they are relatively well-known by Southern Californian hikers and climbers. Popular peaks include Cucamonga Peak, Ontario Peak, and Sugarloaf Peak. Cucamonga Peak can be found on the SoCal Six-Pack of Peaks, a well-known set of summits that is intended to help hikers’ condition themselves for hiking the John Muir Trail or climbing Mount Whitney. It is also not uncommon for avid hikers to combine the trek to the top of Sugarloaf Peak, Ontario Peak, Bighorn Peak, Cucamonga Peak, and Etiwanda Peak – a hike referred to by locals as ‘a five-peak day.’ 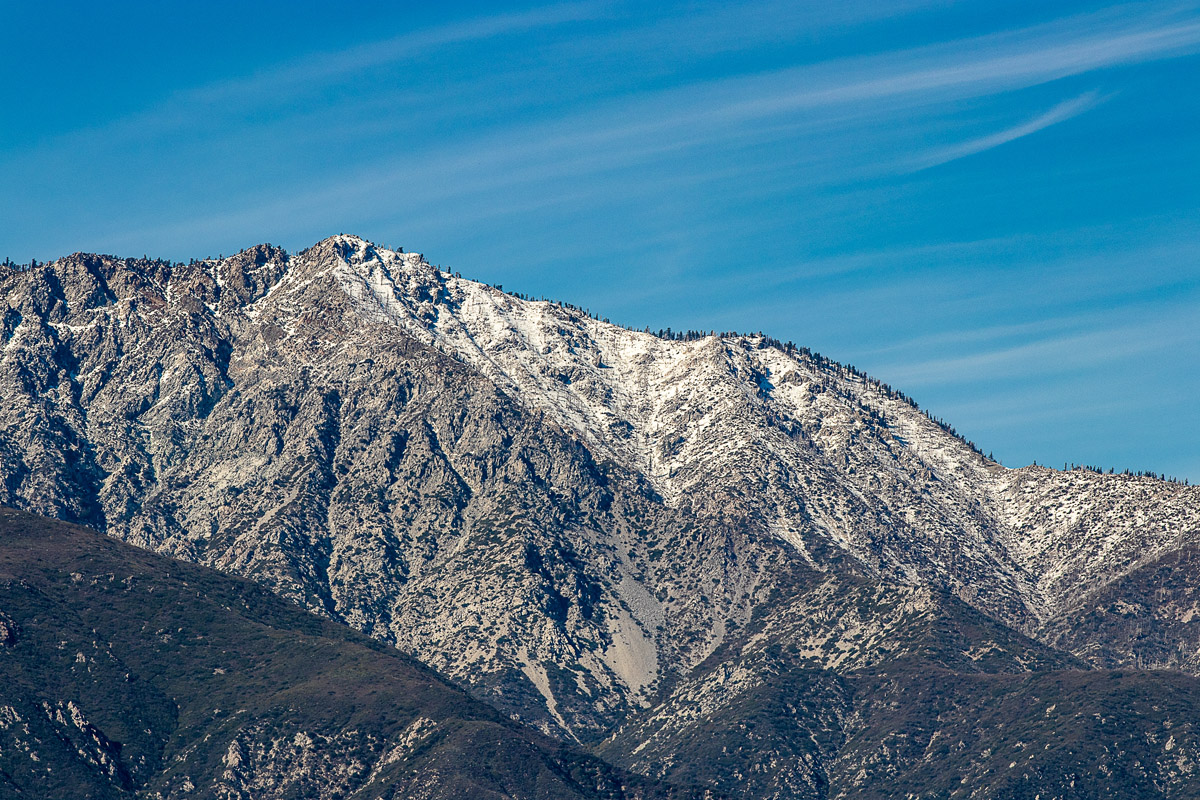 The Cucamonga Wilderness, which was named after an old Spanish rancheria, received federal designation in 1964. However, some Los Angeles natives might remember Cucamonga and the beloved ‘Icehouse Canyon,’ for its role in producing ice cream. Incredibly, at one time, tons of ice were hauled down Icehouse Canyon for the sole purpose of producing high-quality ice cream. Today, you won’t find any ice cream shops selling Cucamonga peak assortments. However, this area remains a treasured region, particularly for outdoor recreation.

Cucamonga is a small, subalpine region that is composed mostly of mixed conifers. Although water sources, like streams, rivers, and lakes, are relatively scarce in this area, the wilderness supports a healthy variety of wildlife, like deer, bears, mountain lions, and bighorn sheep.

About 1/3 of the wilderness lies within the Angeles National Forest – San Gabriel Mountains National Monument, while the remaining acres are administered by the San Bernardino National Forest. Additional regulations are in place to help preserve the natural resources. These regulations, which were created due to the area’s increasing popularity, limit group sizes to 12, prohibit fires, and enforce permits.

The trek to the top of Cucamonga Peak is arguably the most scenic in the Cucamonga Wilderness. The strenuous, 11.6-mile ascent offers sweeping views of the saddleback mountains, including well-known summits like Santiago Peak and Modjeska Peak. The trail begins at the Icehouse Canyon trailhead and climbs a total of 4,300 feet of elevation. Most hikers will take a break and soak in the views at the Icehouse Saddle, where several trails converge.

Ontario Peak is another highly accessible summit along the Icehouse trail. On a clear day, hikers will be treated to incredible views of the San Gabriel Mountains and several surrounding cities. Like Cucamonga Peak, hikers will begin their day hiking to the Icehouse saddle. The trail, which is mostly shaded, slowly climbs through dense sugar pine. After reaching the saddle, continue on toward Ontario ridge. Here, hikers can appreciate dramatic views of Timber Mountain, Telegraph Peak, and Mt. Baldy. After the ridge, there will be a small wooden sign that points toward Bighorn Peak and Ontario Peak. If you’re looking to add a couple of extra miles to your trek, consider climbing to Bighorn Peak before making your final ascent to Ontario Peak.

Known as ‘Baldy,’ by locals, Mt. Baldy Resort is a ski resort nestled on Mount San Antonio in the San Gabriel Mountains. The resort, which was originally built in 1952, claims to be the “largest and steepest resort in Southern California,” and offers 26 runs and 3 mountains that reach over 8,600 feet in elevation. The resort also offers a scenic gondola, snow tubing, and equipment rentals. Several small hotels, cabins, and resorts, including the Mt. Baldy Lodge, offer skiers and snowboarders a place to decompress after a day on the slopes.

Most visitors to the Cucamonga Wilderness area reside in Southern California. The closest major city to the wilderness is Rancho Cucamonga, which sits at the foothills of the San Gabriel Mountains and the Angeles National Forest. The city contains plenty of restaurants, shops, accommodations, and amenities, as well as unparalleled access to the San Gabriels and surrounding summits. 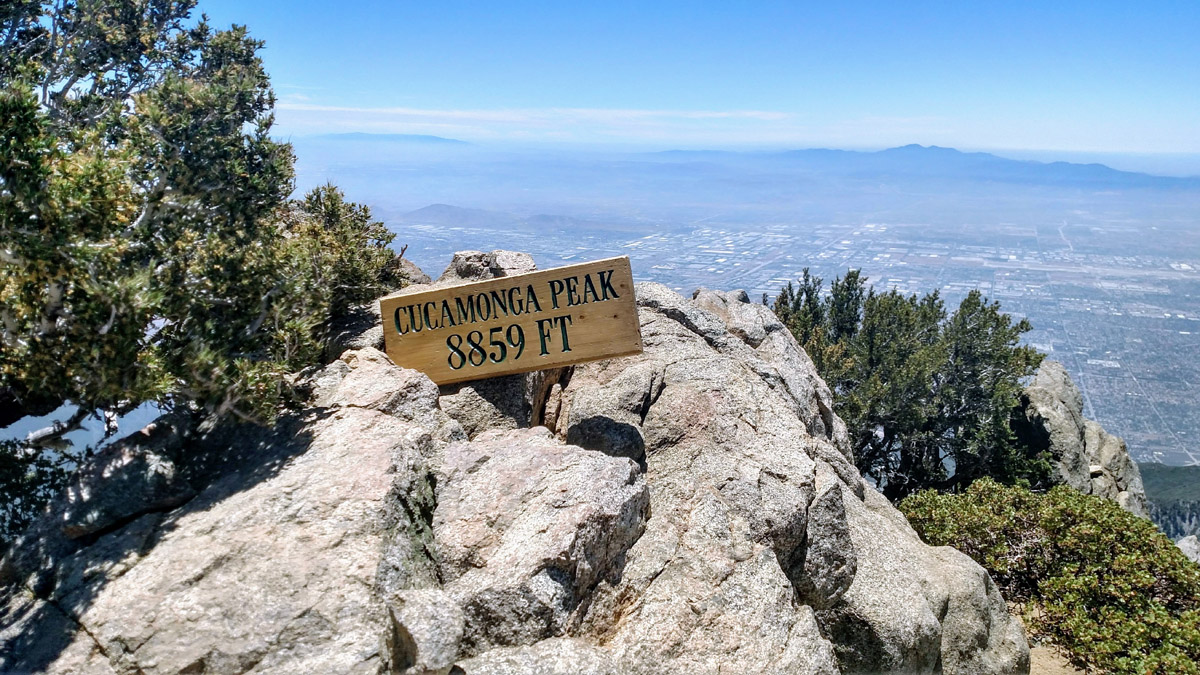 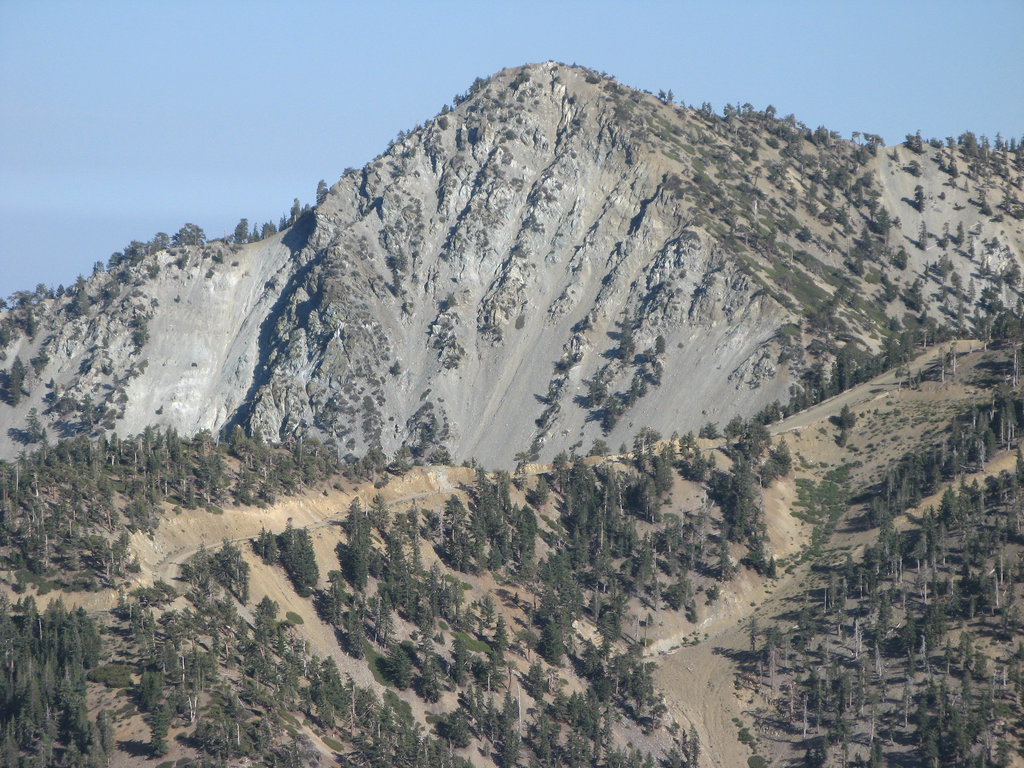 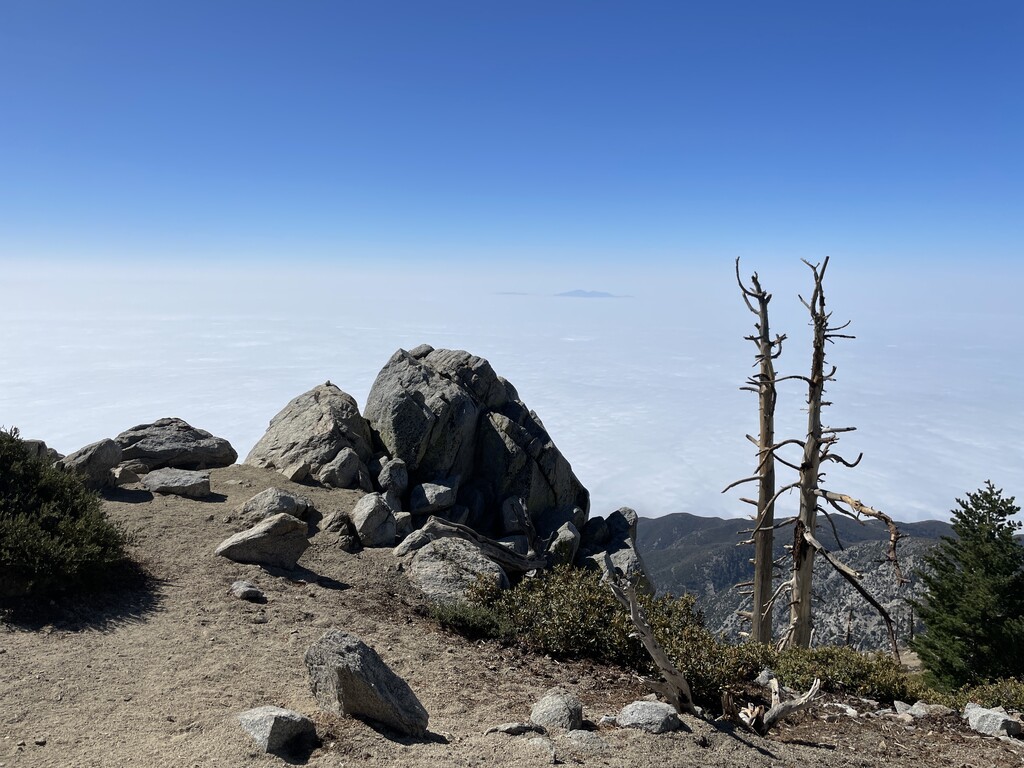 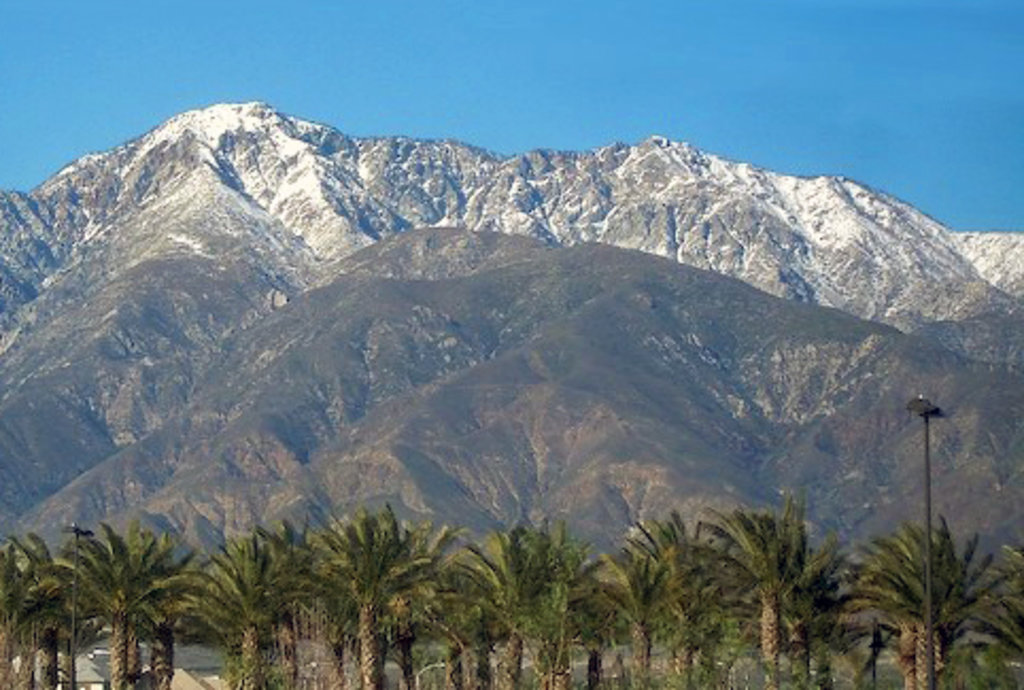 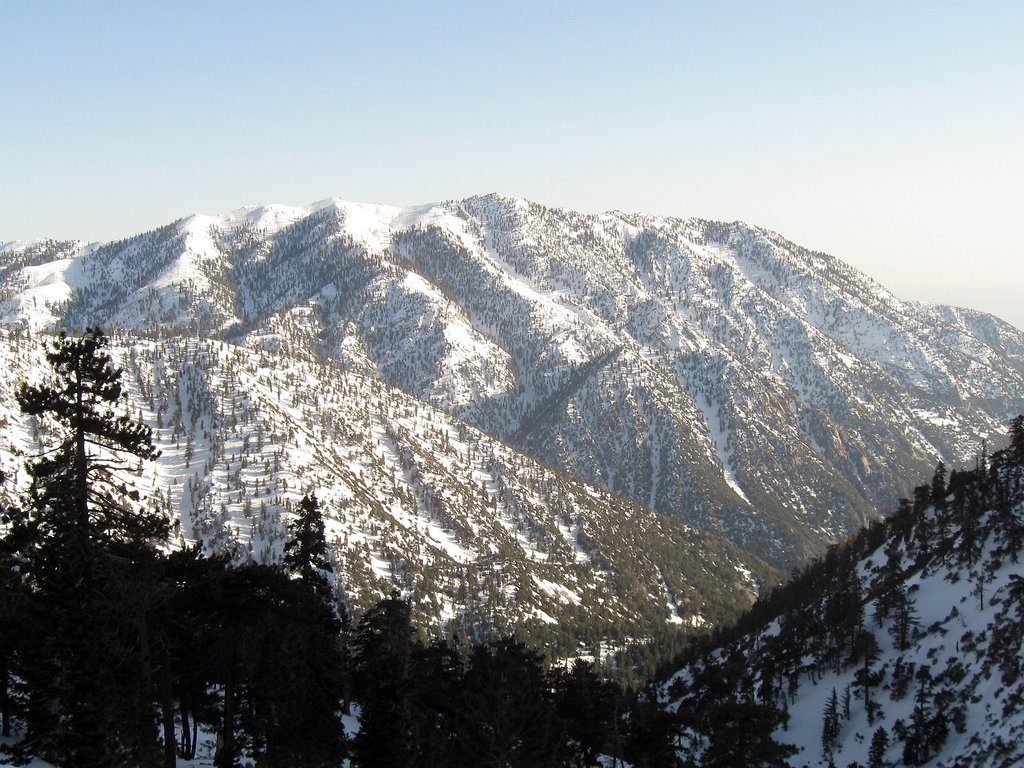 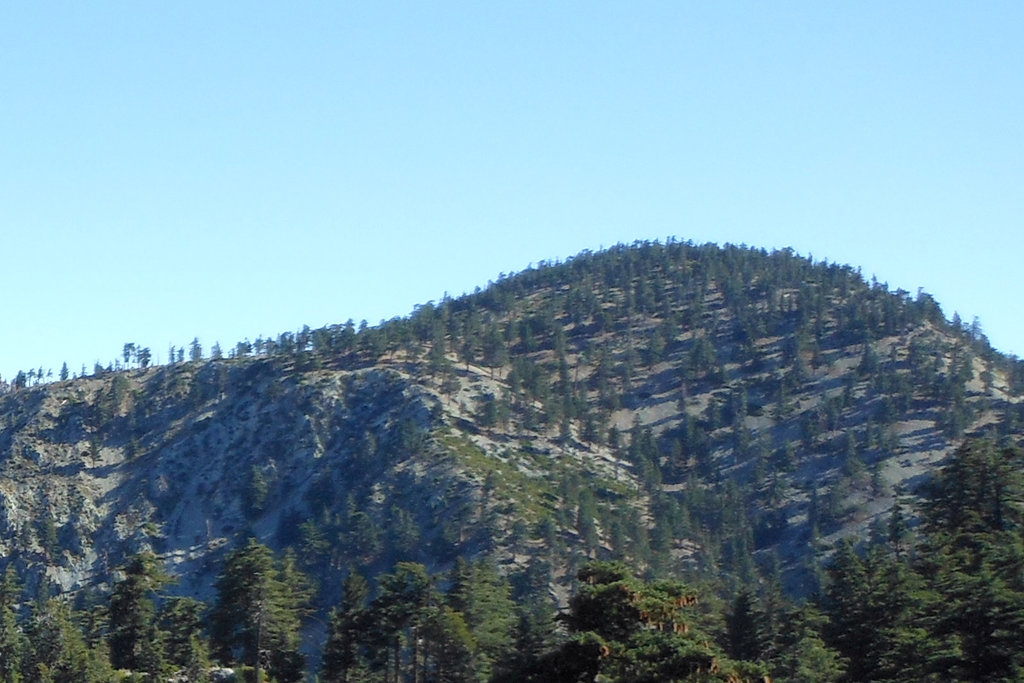