Yosemite National Park generally steals the limelight as California’s most beloved national park. However, just a few miles off the coast of southern California lies eight relatively undiscovered islands waiting to be explored. 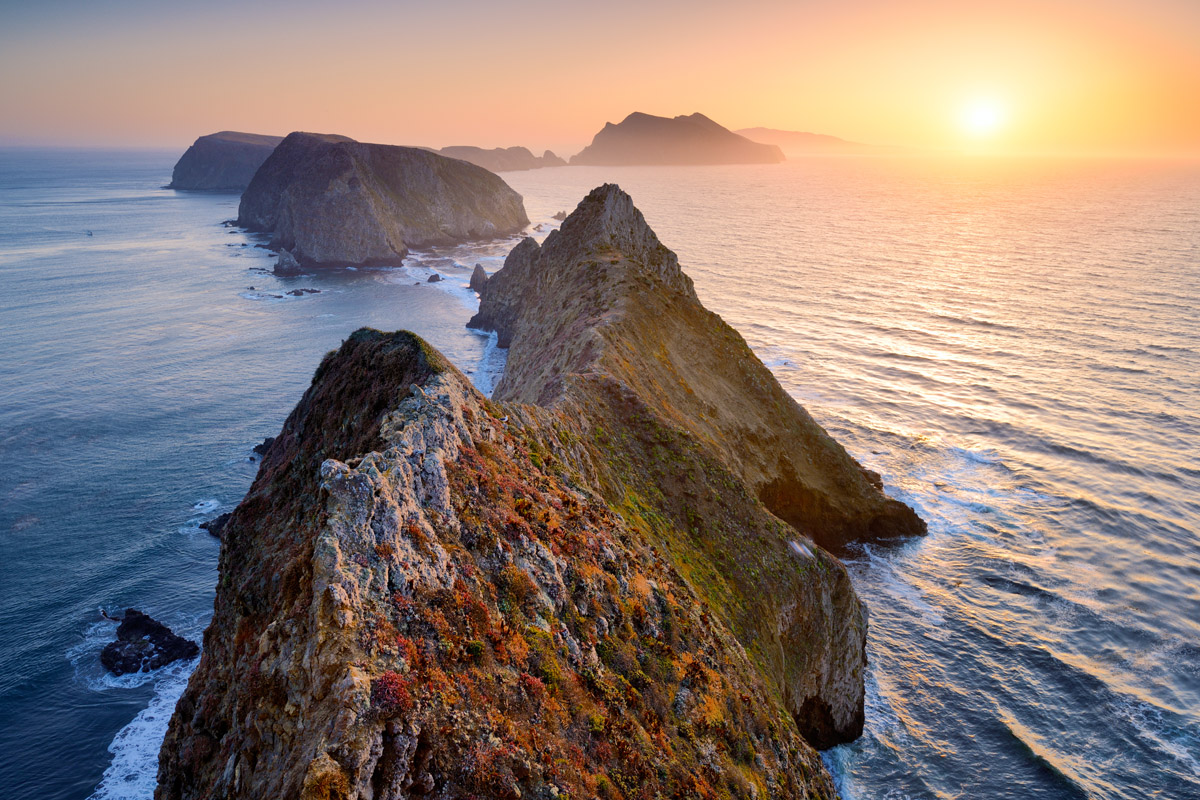 In addition to the national park designation, the Channel Islands National Marine Sanctuary extends for 6 nautical miles offshore surrounding each of the five islands. The marine sanctuary protects more than 150 historic shipwrecks and is credited for preserving the natural and cultural resources of the islands. The sanctuary is a popular destination for scuba diving, snorkeling, kayaking, boating, whale-watching, and guided trips.

The islands form the westernmost edge of the Transverse Ranges, one of the most complex and diverse mountain ranges in the states. The Transverse Ranges include the Santa Monica Mountains, which extend offshore to form the Northern Channel Islands – Santa Cruz, Santa Rosa, and San Miguel. Noteworthy summits include Devil's Peak, the highest mountain on an ocean island in the lower 48, Montanon Peak, High Mount, and Soledad Peak.

Each island offers its own distinct geography, wildlife, and hosts a variety of unique outdoor activities. Generally, the islands are divided into two groups – the northern Channel Islands and the southern Channel Islands. At one point, the four northern islands were a single landmass known as Santa Rosae.

Anacapa, which sits closest to the mainland, is a small volcanic Island that formed by volcanic eruptions over 15 million years ago. The island is composed of a series of narrow islets, the most notable being East, West, and Middle Anacapa. All of the islets feature a magnificent array of sea arches, caves, and stacks. West Anacapa, the tallest and largest islet, is best-known for its sheer cliff sides and reaches 935 feet at the top of Summit Peak, while East Anacapa is most notable for its 40-foot natural bridge - Arch Rock.

Santa Cruz is the park’s most visited island and houses one of the largest known sea caves in the world – the Painted Cave. Santa Cruz is the largest island in California and also houses the tallest peak amongst the Channel Islands. Unsurprisingly, the island’s rugged coastline, sea caves, and coves make it the ideal destination for hiking.

Due to adverse weather, visiting Santa Rosa is more challenging than other islands in the park. Most visitors will camp at the island’s primitive campground – Water Canyon Campground – and hike through the island’s unique stand of Torrey pines. Santa Rosa, which consists mostly of rolling hills, coastal lagoons, and deep canyons, is the second largest island in the Channel Islands. The highest point on the island is Soledad Peak. If you have an anthropology buff in your family, they’ll probably also appreciate that the oldest human remains in America were discovered on Santa Rosa.

Unlike other islands, a visit to San Miguel requires a permit. Almost the entire island has been designated as an archaeological district on the National Register of Historic Places. So, not only are visitors required to stay on designated island trails, but they also must be accompanied by park staff when traveling beyond the ranger station. San Miguel boasts the largest pinniped rookery in the world. So, if you’re hoping to experience one of the largest congregations of wildlife in the world, San Miguel is the island for you.

Santa Barbara is the ideal island for visitors that are looking for a secluded vacation destination. With an area of just 640 acres, Santa Barbara is the smallest of the Channel Islands. Nevertheless, the island’s tallest peak, Signal Peak, is known for its stunning panoramic views and the island is an excellent destination for diving, snorkeling, kayaking, and swimming.

Despite their close proximity to shore, visiting the Channel Islands requires a great deal of preparation and self-reliance. Nicknamed the “Galapagos of North America,” the Channel Islands are a remote and wild coastal landscape. The islands do not contain any resorts, restaurants, or stores. To reach the islands, visitors must also take a boat or, if feasible, a small commercial airplane. There is also no on-island transportation, so expect to use your two feet to get you to where you want to go. Unsurprisingly, the Channel Islands are one of the least visited national parks in America, only receiving an average of 30,000 visitors each year.

The Smuggler’s Cove footpath features remarkable views of the Pacific, stunning sandy beaches, mountains, grassland, and even the occasional island fox. This hike is considered to be strenuous and will take at least 4-5 hours to complete. It begins with a steep climb via a dirt path. At the first plateau, hikers can take a break and soak in stunning panoramic views at Scorpion Rock before continuing on toward the cypress tree grove. Once the trail levels out, hikers will be greeted with beautiful views of Anacapa and the Pacific before descending to Smuggler’s Cove.

At just 1.4 miles, the Cavern Point loop is an excellent alternative to more strenuous hiking trails. Cavern Point takes hikers to the top of one of the largest sea caves on the island and features sweeping views of the California coastline. Cavern Point is also close to the island’s only campground and is a popular destination for watching the sun set.

Although El Montanon Peak isn’t the highest point on Santa Cruz, it’s the highest summit accessible to the general public. The trek to the top of El Montanon spans several historical areas including the abandoned oil derrick and remnants of a WWII-era plane wreck. This footpath also offers commanding views of the island.

Arguably the most iconic attraction on Anacapa, the historic Anacapa lighthouse was constructed in 1932 and has helped guide sailors through the precarious Channel waters ever since. The lighthouse, a 39-foot concrete cylindrical tower, sits at the highest point of East Anacapa and is one of the most advanced lighthouse beacons in the world. Before it was automated in the 1960s, the lighthouse housed a crew of 15 to 25 people that maintained the lens, fog signal, hourly weather, and radar monitoring. The grounds are open and escorted tours are offered.

To find the most iconic view of the Channel Islands, visit Inspiration Point. Located on the western point of Anacapa’s eastern islet, Inspiration Point features sweeping vistas of nearby islets, craggy volcanic rocks jutting out of the Pacific, as well as Santa Cruz. Inspiration Point is an easy .5-mile walk, making it a popular destination for visitors with a limited amount of time.

Visitors to Santa Rosa will make the trek to the top of Black Mountain for stunning views of Becher Bay, Carrington Point, Cherry Canyon, and Water Canyon. The typical route to the top of Black Mountain starts at the Water Canyon Campground and follows the Cherry Canyon Trail. Hikers will eventually cross over Telephone Road to reach the summit. The most direct route to the top is 8 miles out and back, though there are several other footpaths to choose from.

San Miguel is unique – many parts of the island are inaccessible to visitors in order to protect fragile ecosystems and geological features. Not to mention, the island was a former bombing range and there may be unexploded ordnance throughout the landscape.

Visitors are able to explore the Cuyler Harbor beach, Cabrillo monument, and Lester ranch site unsupervised via the Nidever Canyon trail. If you’re looking to explore more of the island, like Point Bennett or the caliche forest, you’ll need to make arrangements with a ranger.

The trek to Signal Peak begins at Landing Cove on the island’s northeastern shore before leading inland. The trail, which reaches the highest point of the island, offers hikers panoramic views of the Pacific and Sutil Island, a small island that sits offshore to the southwest of Santa Barbara island.

There are no services or lodging on any of the islands, so it’s important that visitors bring their own food and potable water. Most visitors to the islands will opt to make a daytrip from nearby Ventura, Oxnard, or Santa Barbara. All three beach cities offer plenty of accommodations and amenities.

Mainland visitor centers can be found in Ventura and Santa Barbara, but the islands are only accessible via park concessionaire boats and planes or via private boat. Frequency of transportation depends on the island and season.

There is also primitive camping available year-round on all five islands: 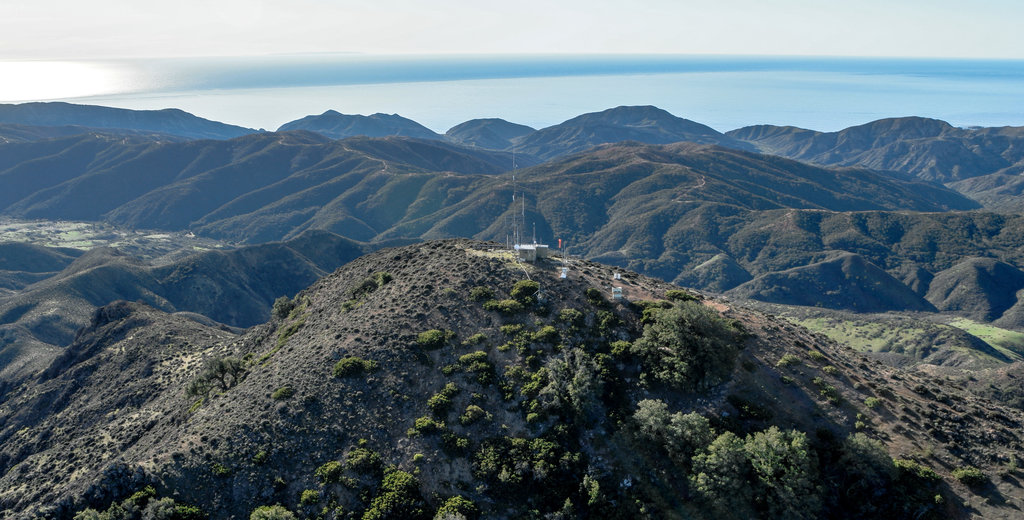 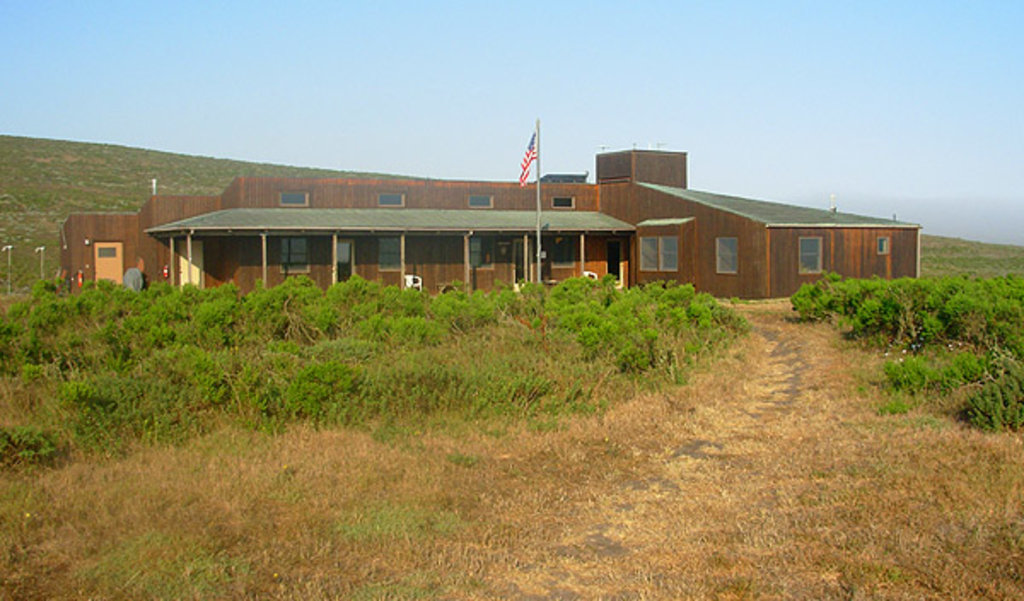 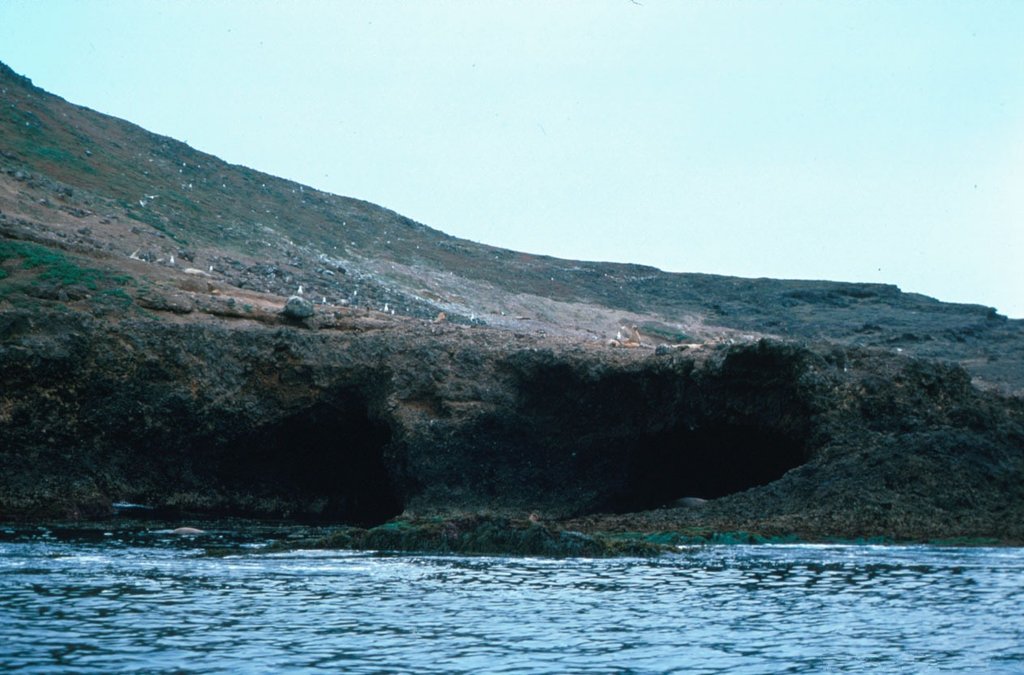