Known for its sandy beaches, vast deserts, and sunny weather, the mountain ranges of Baja California cover the westernmost and northernmost sections of Mexico. The ranges include 2027 named peaks, the highest and most prominent of which is Picacho del Diablo (3,091m/10,141ft). 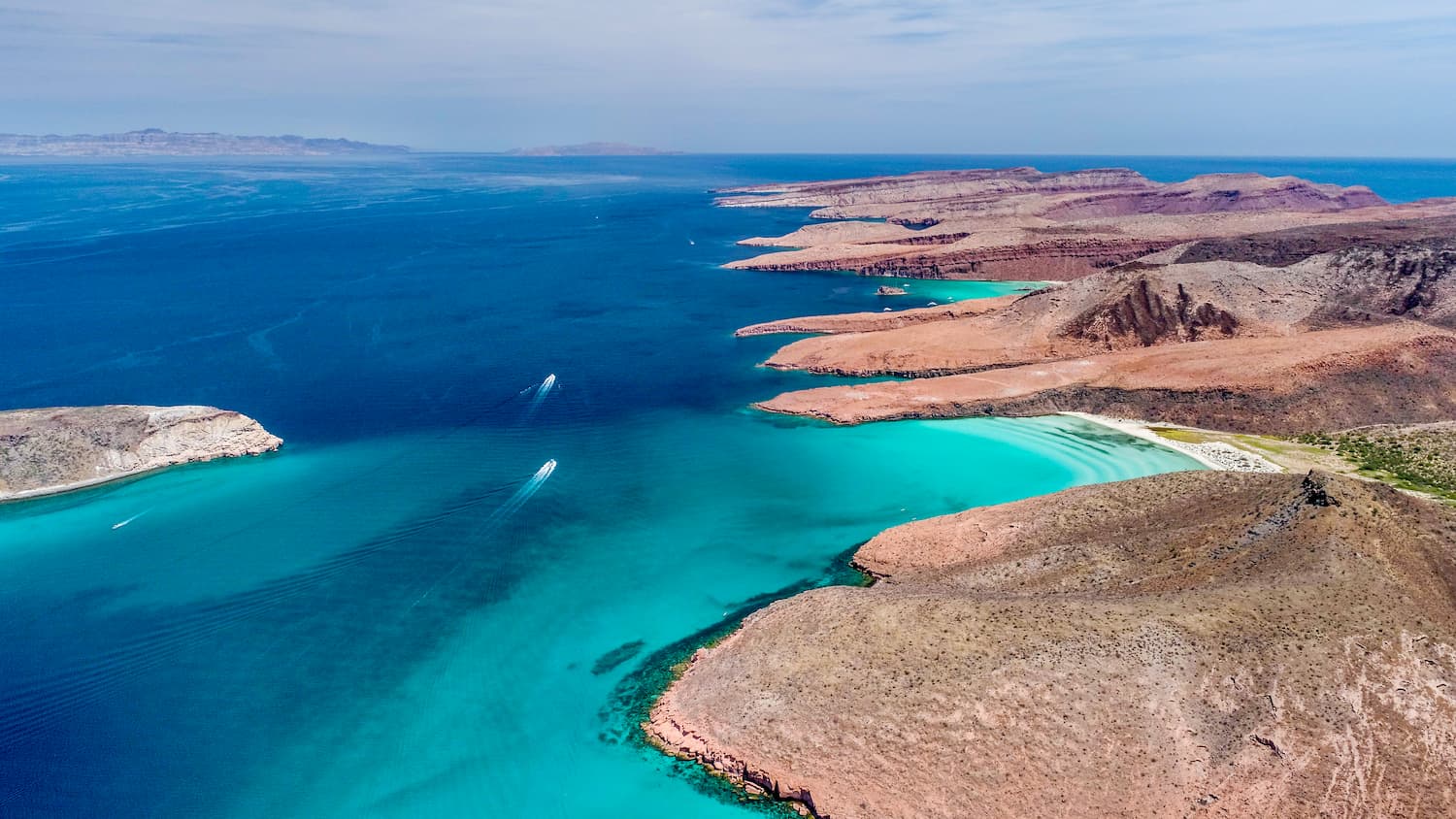 The ranges of Baja California are located along the Baja California Peninsula in Mexico. This peninsula forms a natural barrier between the main part of Mexico and the Gulf of California from the rest of the Pacific Ocean.

It borders the US state of California to the north and the Mexican state of Sonora to the east. The mountain ranges are actually split among two states - Baja California and Baja California Sur, the latter of which covers the southern half of the peninsula. However, the entire region is often called “Baja,” particularly by foreign tourists.

Geologically, the mountains of Baja California are part of the Peninsular Ranges, which include the California Ranges. These peaks are part of a great system of ranges that runs up the west coast of North America, which includes the Northwest U.S. Coast Ranges, the Canadian Coast Mountains, and the Saint Elias Mountains in Alaska.

That being said, the geology of Baja California is fairly complex as the region can be divided into at least 5 geologic provinces.

During the Mesozoic, the Pacific plate began subducting under the North American Plate, which led to the formation of a large batholith that is now at the heart of the Peninsular Ranges. This batholith is mostly granitic, though continual subduction in the region also led to widespread metamorphism.

By the early Cenozoic, however, the subduction began to slow down. Eventually, the formation of the San Andreas Fault and subsequent tectonic movement started the northward movement of both Baja California and the southern, coastal parts of California.

There are several ecoregions within Baja California, each with their own unique flora and fauna. These include:

The California chaparral and woodlands ecoregion covers much of southern and coastal California and the northwestern most part of Baja California. It is a surprisingly biodiverse ecoregion with sections of grasslands, chaparral, oak savanna, woodlands, and coniferous forests.

Found in parts of northeastern Baja, the Sierra Juárez and San Pedro Mártir Pine-Oak Forests ecoregion is located in the highest elevations of the region.

Although the Sonoran Desert is mostly found within California, Arizona, and the state of Sonora, it also encompasses the northeasternmost section of Baja California.

The Baja California Desert ecoregion covers the vast majority of the Baja California Peninsula, including most of its western shore. In this region, the climate is fairly dry, though the temperature is somewhat moderated by the nearby ocean.

Much of the Baja California Desert is covered with shrubs, some of which are endemic to the area. Notable wildlife include desert bighorn sheep, Baja California pronghorn, San Quintin kangaroo rat, mountain lions, peregrine falcons, burrowing owls, and the northern crested caracara.

Two of the smallest ecoregions in Baja California, the Sierra de la Laguna Dry Forests and Pine-Oak Forests are located on the southernmost tip of Baja California near Los Cabos.

These vulnerable ecoregions are dominated by dry forest, which includes shrubs and low deciduous trees, at lower elevations. At higher elevations above 800m (2,600ft), the region transitions into pine-oak forests, which are a mix of various deciduous and coniferous trees.

The Baja California peninsula has been inhabited by humans for thousands of years. A number of groups have called the region home, including the Kumeyaay, Cocopah, Paipai, Kiliwa, Cochimí, Guaycura, and Pericú.

After the Spanish defeat of the Aztec Empire in the more southerly and easterly parts of Mexico, Hernán Cortés sent a number of ships up the western coast of Mexico. These expeditions in the 1530s were done in an attempt to find what they believed was the Island of California.

One of the earliest European settlements on Baja California was established in the early 1530s by Fortún Ximénez, who actually led a mutiny on one of Cortés’ ships. As a result, the ship landed near what is now La Paz and created a small, short-lived settlement.

A few years later, Francisco de Ullola, also under Cortés’ orders, sailed up the east coast of Baja California and helped perpetuate the myth that the peninsula is an island.

In the late 1600s, a number of Jesuit missionaries established a mission at Loreto, which started their slow spread across the peninsula until they were expelled in the late 1700s at which point, the Franciscans, then the Dominicans took over the missions.

Not long afterward, Gaspar de Portolà and Junípero Serra became some of the first Europeans to travel in the northwestern portion of Baja California and Alta California, the latter part of which eventually became part of the state of California.

Baja California was later the site of a number of large battles during the Mexican-American War, including the Battle of La Paz. With the Treaty of Guadalupe Hidalgo, Alta California became part of the United States while Baja California stayed with Mexico.

During the 1900s, the peninsula was subdivided into northern and southern territories, which became the states of Baja California and Baja California Sur in 1952 and 1974, respectively.

These days, the region is known for its agriculture and tourism industries. It is particularly popular for diving, whale watching, sports fishing, and general beach vacations.

Baja California is a sparsely populated area that offers many opportunities for hiking and backcountry travel. Here are some of the best places to check out:

Interestingly, Valle de los Cirios covers approximately 1/3 of the state of Baja California and is located just to the north of the Reserva de la Biósfera El Vizcaíno. The region is relatively undeveloped and is home to a large amount of flora and fauna, including its namesake, the cirio tree (Fouquieria columnaris).

This national park is quite small but it was designed to protect a mountainous area that’s home to species such as the bighorn sheep, mountain lions, bobcats, bald eagles and the mule deer.

Located just to the south of Valle de los Cirios, Reserva de la Biósfera El Vizcaíno is the largest wildlife refuge in Mexico. It contains 188 named mountains, the highest and most prominent of which is Volcán Las Tres Virgenes.

In the reserve, there is an abundance of wildlife, including the endangered Baja California pronghorn, and the desert bighorn sheep. The coastal areas of the reserve are also home to sea turtles, California sea lions, grey whales, and plenty of dolphins.

Trekking is fairly popular in the reserve. Lucky hikers can also get a chance to see some of the cave art left behind by the Cochimi and other Indigenous peoples who inhabited this land long before the arrival of the Spanish in the 1500s.

The park is known for its large rock formations and its dense pine forests. It is also a critically important habitat for the desert bighorn sheep and the California condor, which was re-introduced to the region after being wiped out by the 1930s.

Close to the park is the Observatorio Astronómico Nacional (National Astronomical Observatory), which is home to one of the largest optical telescopes in Mexico.

Baja California, particularly the southern and central regions, is fairly sparsely populated when compared to other parts of the country. Here are some of the largest cities in the region:

The capital city of the state of Baja California, Mexicali is located along the state’s border with California. It is home to over 680,000 people and has an economy that’s driven by agriculture and factories called maquiladoras that import raw goods from the USA and then assemble them into products that are shipped back across the border.

Mexicali is located right across the border from Calexico. In addition to being an excellent portmanteau (Mexi-cali and Cal-exico), these two cities form a major international population center in the region.

Tijuana is the largest city on the Baja Peninsula with some 1.6 million inhabitants. It is located right across the border from San Diego, making it one of the largest transborder agglomerations in the Americas.

The city is a growing cultural and commercial center. It is also a transportation hub for the region as the San Ysidro Port of Entry is one of the busiest land border crossings in the world.

Tijuana is home to an international airport, which is one of the busiest in the country. For connections to the US, Canada, and other major destinations, travelers can also walk across the Cross Border Xpress terminal to enter San Diego International Airport on the US side of the border.

Cabo San Lucas, or just “Cabo,” is a popular beach resort city located at the southernmost tip of the Baja California Peninsula. The city is home to about 80,000 residents, though it is part of a larger metropolitan area with San José del Cabo which has over 300,000 total inhabitants.

Cabo is one of the biggest tourist destinations in the country and it is renowned for its marine life. It has a busy airport which services destinations around the US, Canada, Mexico, and select locations in Europe.

Located on the eastern shore of central Baja California, Loreto is a small resort town with a population of about 20,000 people.

Additionally, Loreto is home to the Mission of our Lady of Loreto, which is the start of El Camino Real. This path follows along the original route of the Spanish Missions from Loreto all the way to Sonoma in northern California.

These days, Loreto is a popular sport fishing destination and is a popular off-road racing location. Additionally, Loreto has a small airport that has mostly domestic fights but also serves some US and Canadian destinations.

La Paz (not to be confused with the La Paz of Bolivia) is the capital and largest city of the state of Baja California Sur with about 290,000 residents. The economy of the city is mostly driven by tourism, though silver mining, fishing, and agriculture are also important to the region. La Paz has an airport with connections to the biggest cities in Mexico as well as some connections to the US. 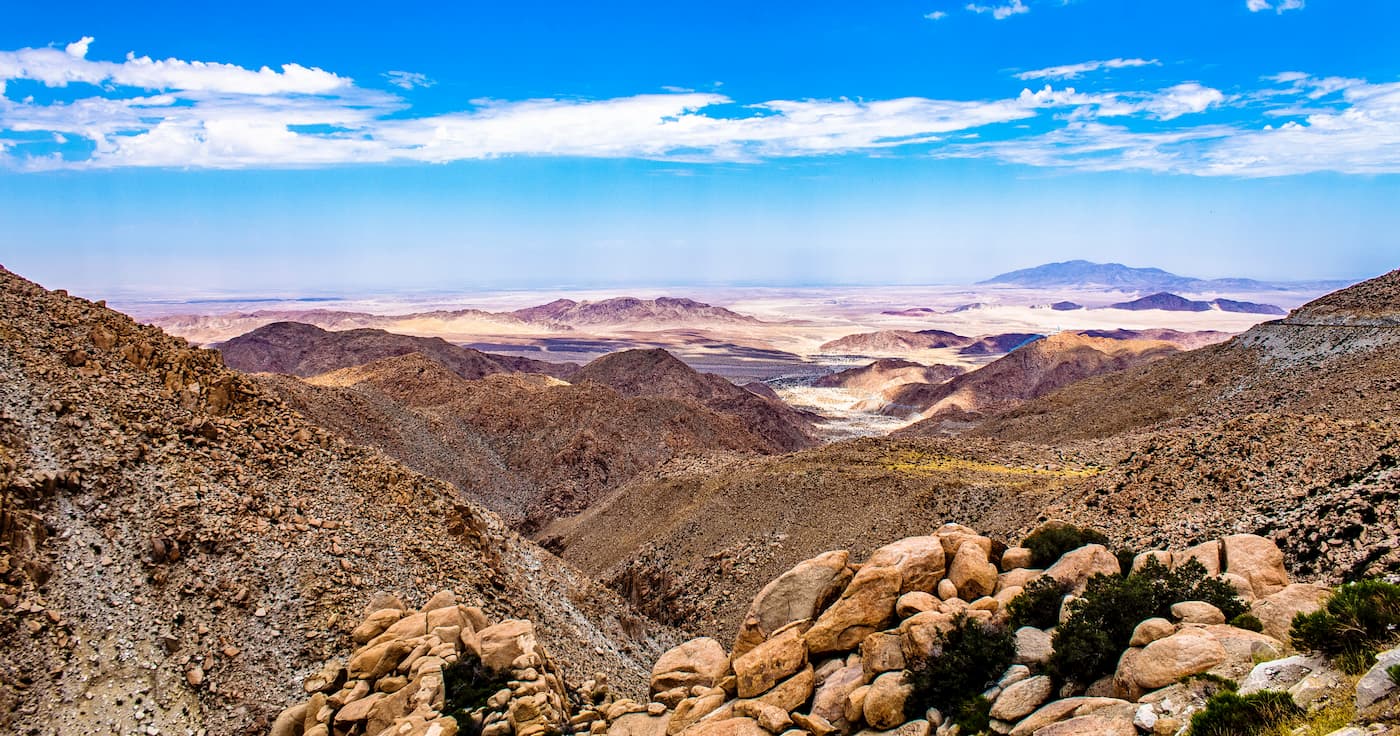 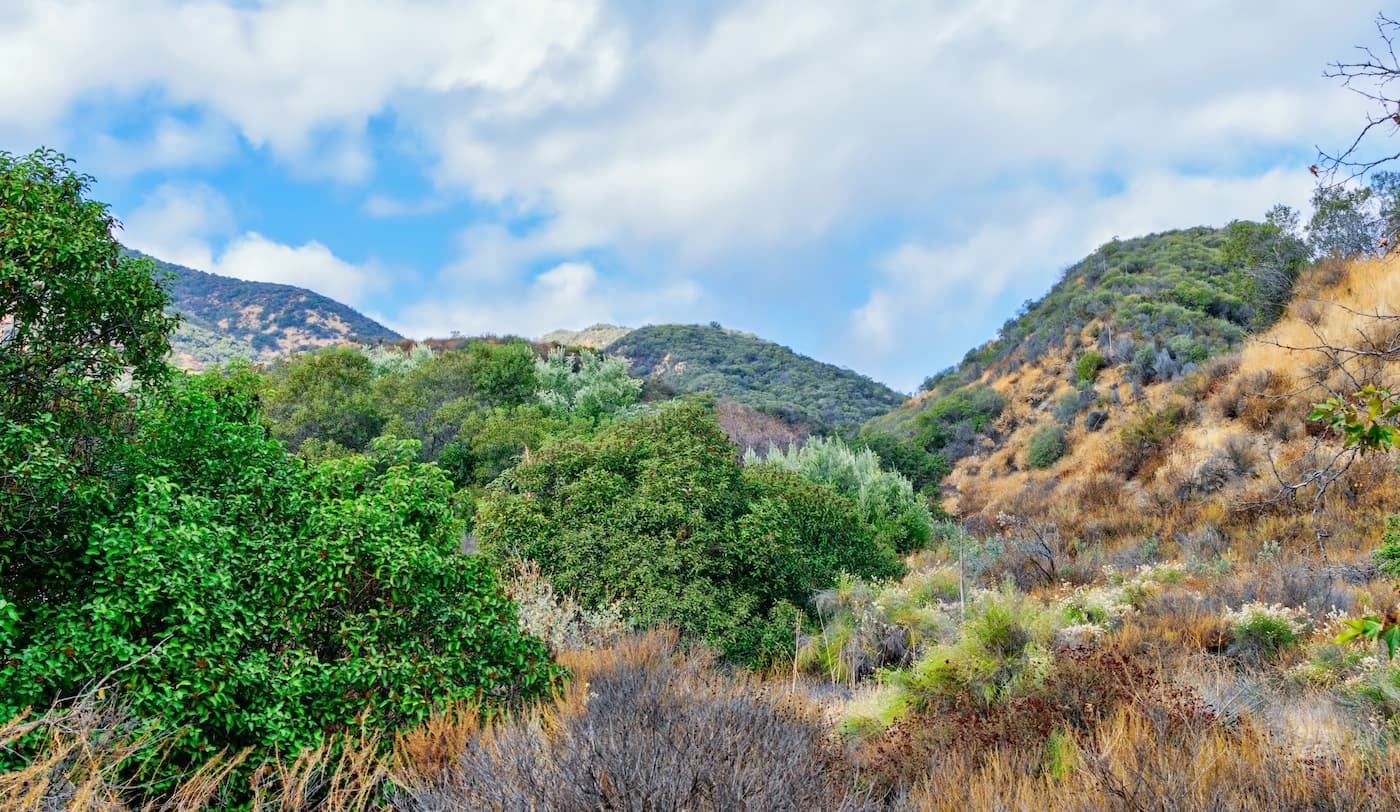 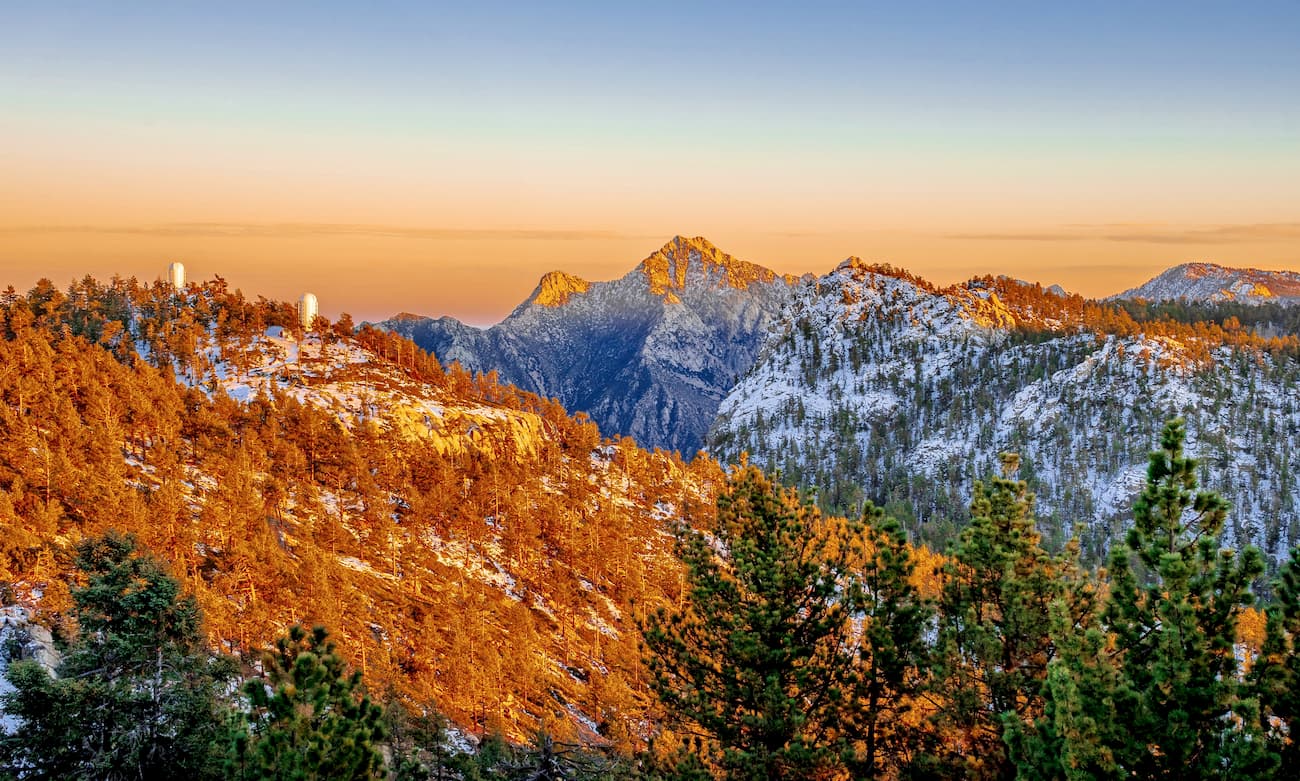 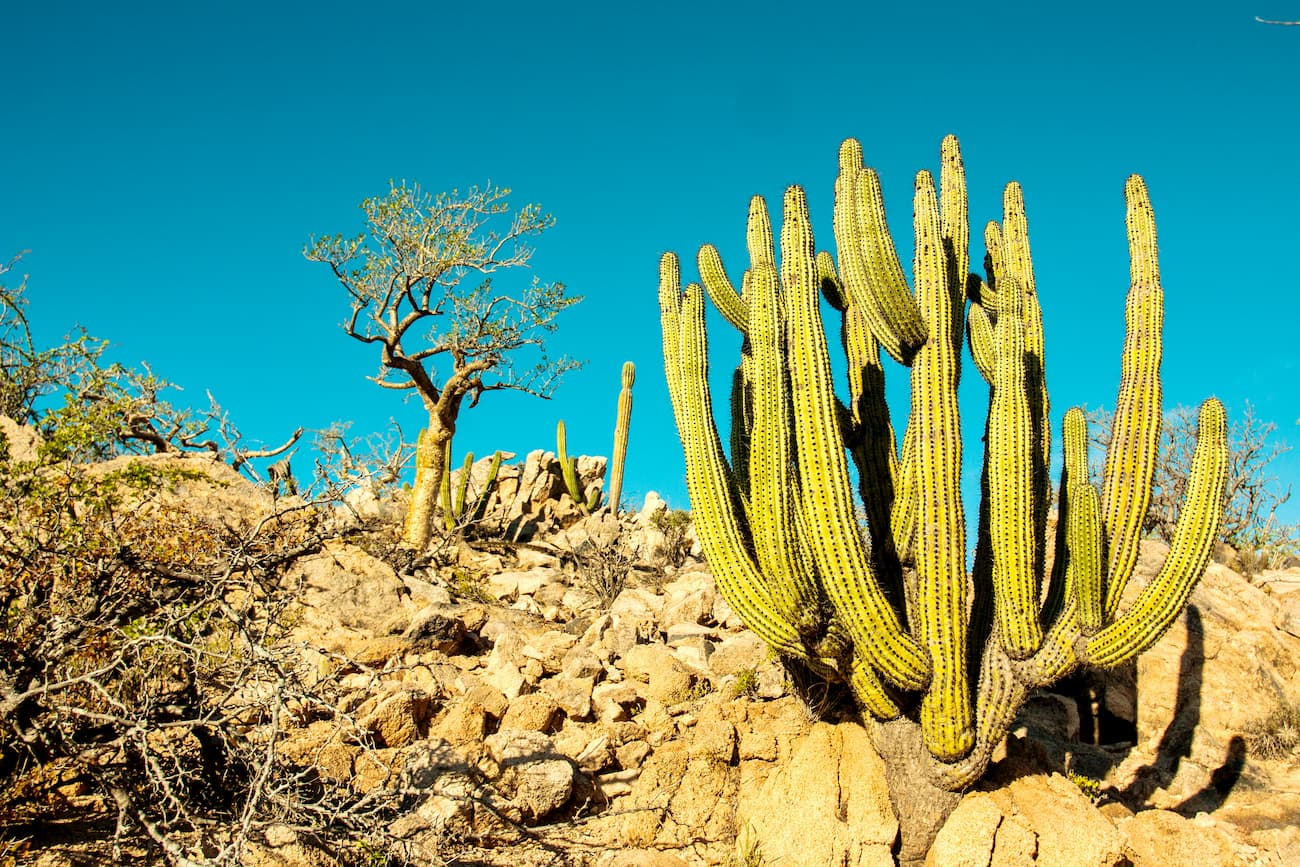 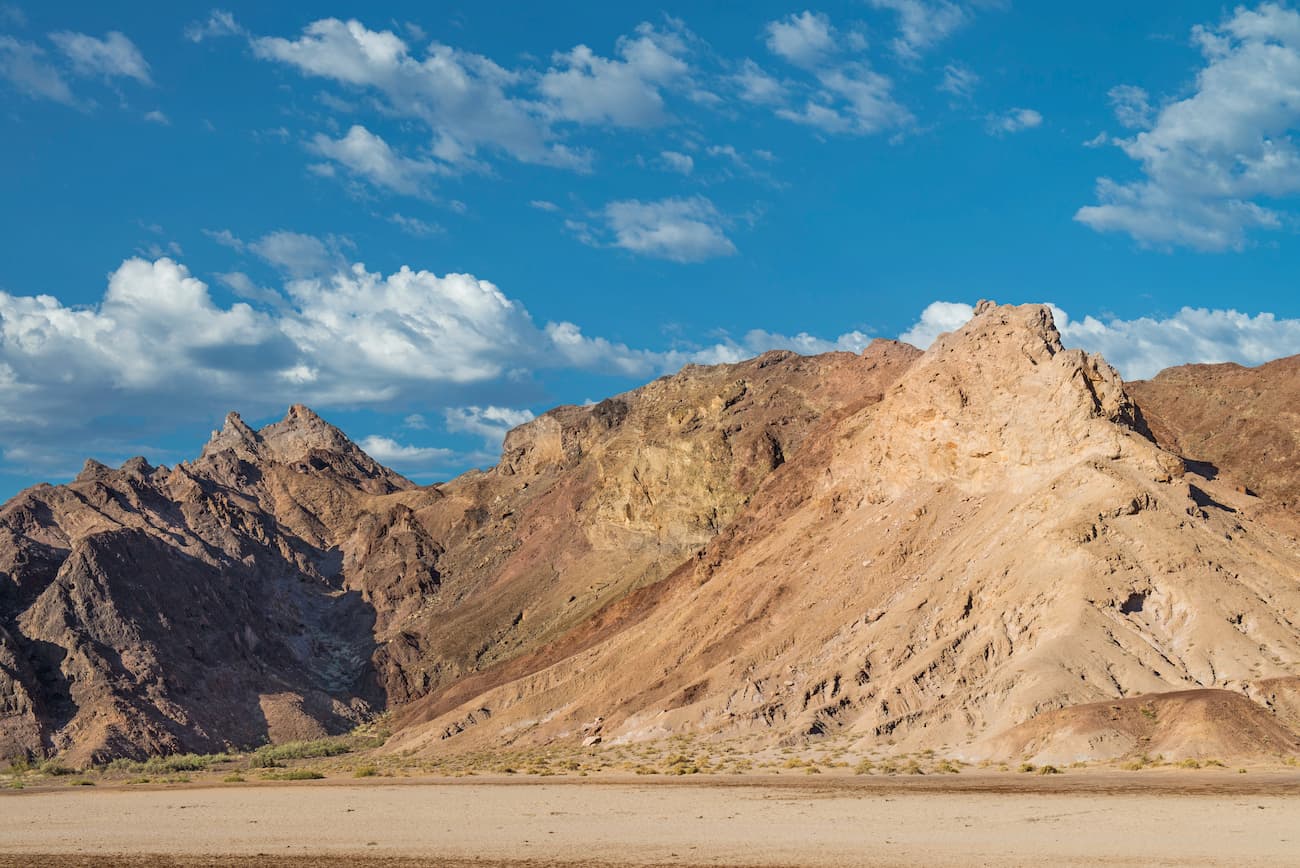 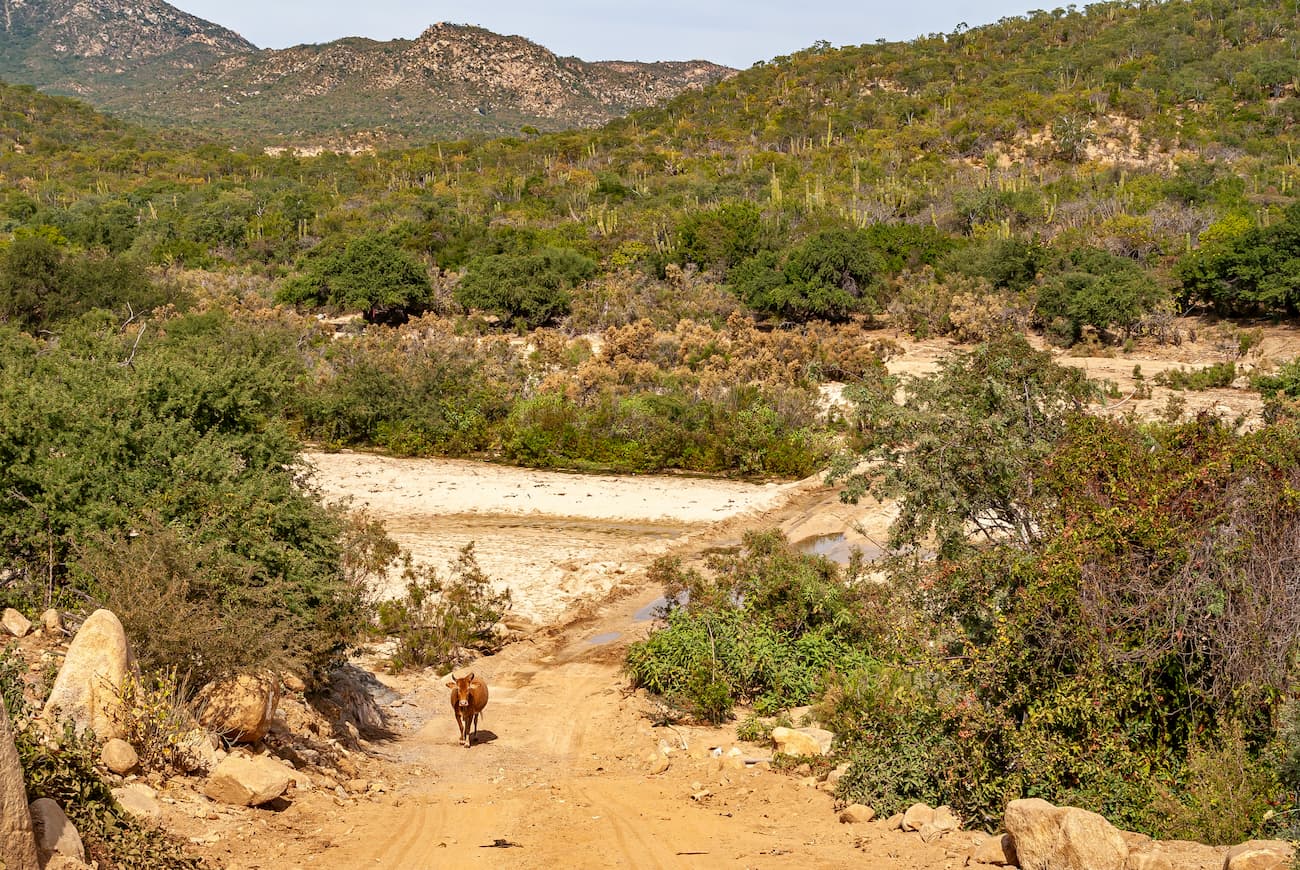 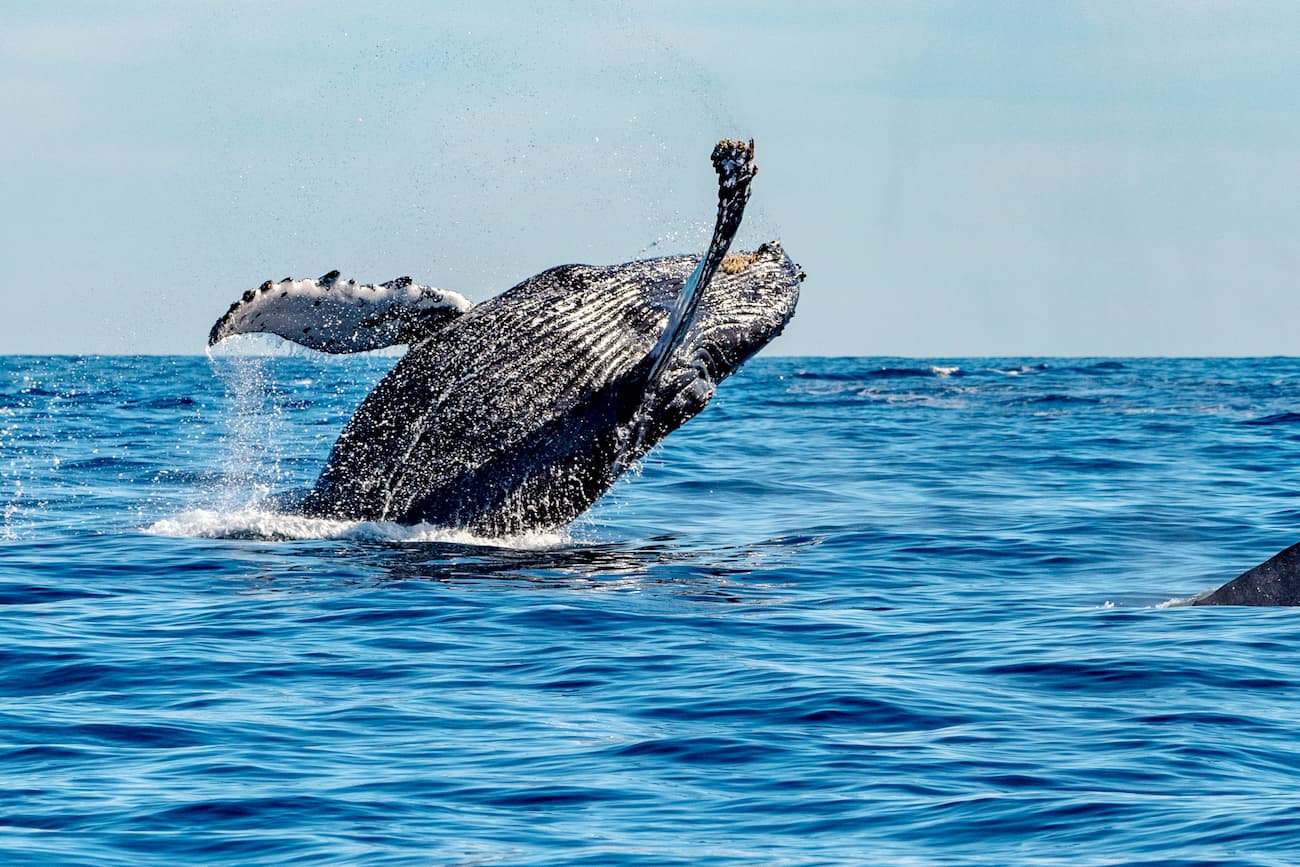