Rising up dramatically from the Los Angeles Basin and the Pacific Ocean below, the Santa Ana Mountains are a range in the southern part of the US state of California between the cities of Los Angeles and San Diego. The range is home to 41 named mountains, the highest and most prominent of which is Santiago Peak (5,699ft/1,736m). 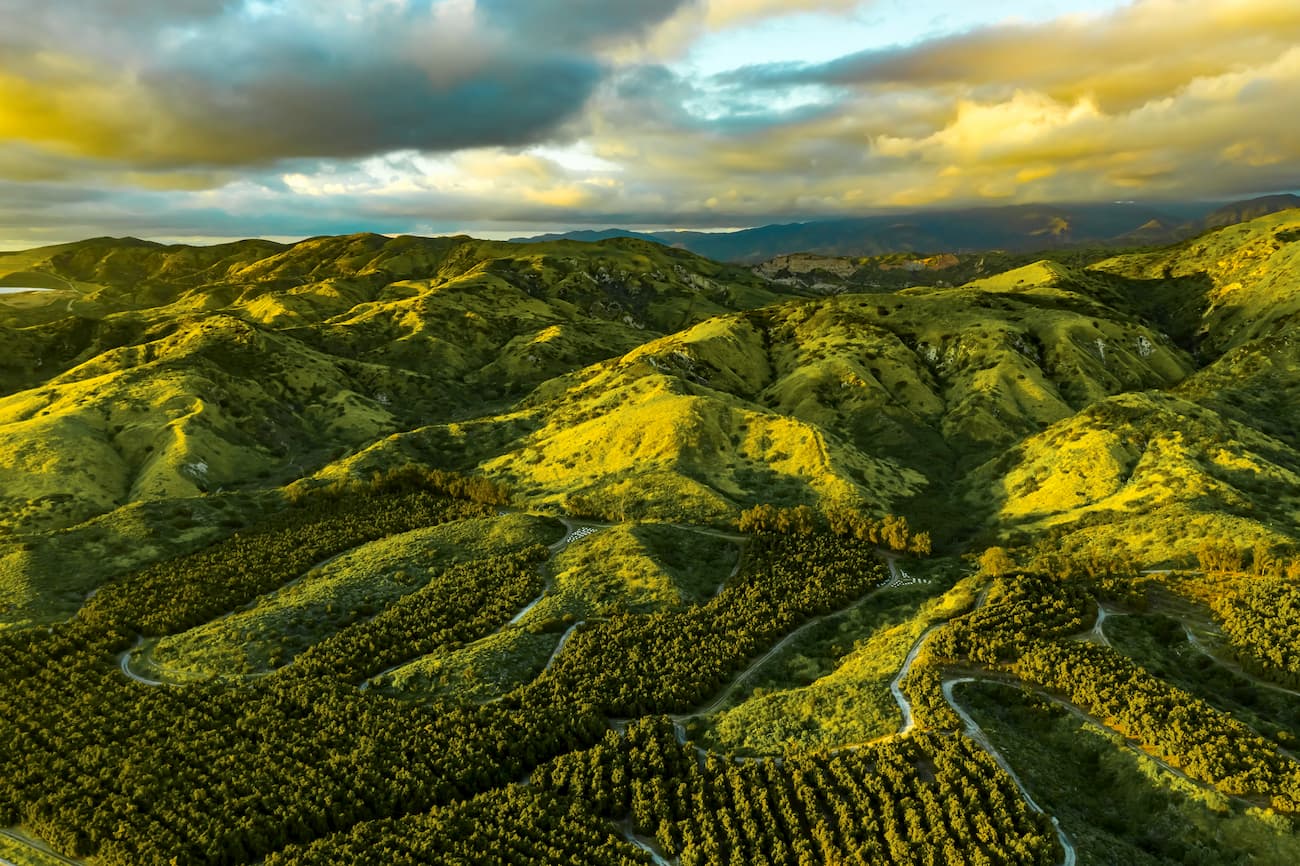 The Santa Ana Mountains are located in Orange, Riverside, and San Diego Counties, just south of the Los Angeles Basin and Chino Hills State Park. It extends for about 61 miles (98km) to the southeast of Los Angeles, terminating just to the north of San Diego near Marine Corps Base Camp Pendleton.

Sierra Peak is the northernmost summit in the range, creating a ridge that includes major summits such as Pleasants Peak, Bald Peak, Modjeska Peak, Santiago Peak, Trabuco Peak, and Los Pinos Peak. The Santa Ana Mountains serve as a natural barrier between the Riverside and Orange counties.

These days, a significant portion of the Santa Ana Mountains are included as part of the Cleveland National Forest. Additionally, the range includes other protected areas, such as the San Mateo Canyon Wilderness and is located just to the west of both the Agua Tibia Wilderness and the Beauty Mountain Wilderness.

The Santa Ana Mountains are a subrange of the California Ranges. They are located amongst a number of different fault lines, including the Whittier Fault and the Chino Fault, which are two of the major branches of the greater Elsinore fault zone. The Elsinore Fault Zone is a split from the San Andreas Fault, but it is known for being rather quiet, especially when compared with other faults in the region.

Within the range, there are a variety of different rocks, which vary in age from Quaternary to early Triassic. The older Triassic rocks are mostly sandstones, slates, limestones, and conglomerates. However, these older rocks feature Jurassic igneous intrusions as well as some Jurassic aged andesites.

Like much of California, people have tried to mine in the Santa Anas, though they were never very successful. A number of mines have popped up over the years, in an attempt to mine for silver, zinc, tin, lead, gypsum, limestone, coal, and clay.

Some of the major plant species in the region include some of the southernmost madrones, big-cone douglas fir, coulter pine, and knobcone pine. There are also plenty of sages, bunchgrasses, succulents, and evergreen shrubs. Moreover, the range is home to some rare flower species, such as the heart-leaved pitcher sage, the chocolate lily, and the intermediate mariposa lily.

In addition to a diversity of plant life, the Santa Ana mountains are also a good place for spotting wildlife. This includes badgers, ringtails, skunks, squirrels, coyotes, weasels, kangaroo rats, bobcats, mule deer, mountain lion, and black bear. The range was also historically home to grizzly bears, pronghorns, grey wolves, and California condor but none are currently found in the region.

The Santa Ana Mountains and the surrounding regions have been home to humans for thousands of years. Before the arrival of Europeans in the 18th century, the dominant groups in the region include the Tongva, the Acjachemen, and the Payomkowishum (Luiseño).

Spanish commander, Gaspar de Portola, led one of the first European expeditions to the region, having camped at the base of the Santa Ana Mountains on July 26, 1769. As July 26th is the Feast Day of Saint Anne, they gave the mountains the Spanish name of Santa Ana.

Parts of the range were formally included as part of the Cleveland National Forest when it was created in 1908. The mountains are located within the northernmost part of the forest, within the Trabuco Ranger District.

Additionally, the mountains were the site of one of the largest fires in California state history, the Santiago Canyon Fire of 1889. At over 468.7 square miles (1,214 sq. km), it was likely the largest single wildlife in the state’s recorded history until the Ranch Fire of the Mendocino Complex Fire in 2018.

Interestingly, many people venture into the Santa Ana Mountains, not for the peaks, but for the valleys and canyons. Here are some of the best hiking locations within the range:

The San Mateo Canyon Wilderness is a chaparral-covered landscape with lush vegetation in some of its deeper drainages. The wilderness is home to two named mountains, the highest and most prominent of which is San Mateo Peak.

It can get quite hot in the wilderness during the summer months, but there are small pools within the canyon that make for good hiking destinations in the heat. Two of the main trails that traverse the area are the San Mateo Canyon Trail and the Tenaja Falls Trails. Just be sure to pay attention for poison oak in this region!

Here are some of the best places to stay during your trip to the Santa Ana Mountains:

San Diego is located a short drive to the south of the Santa Ana Mountains along the USA's border with Mexico. It is the second-largest city in California with a population of 1.4 million people and is the gateway to the southernmost parts of the state.

Anaheim is a city within the Los Angeles Metropolitan Area that is located just to the west of the northernmost part of the Santa Ana Mountains. It is home to over 336,000 people and is the most populous city in Orange County.

Anaheim is known for the massive Anaheim Convention Center as well as the Disneyland Resort. The city is easy to get to from either John Wayne, Long Beach, Ontario, or LAX airports, so it’s a good place to start your adventures into the Santa Ana Mountains.

Temecula is located just to the east of the range, along the foothills of the Santa Ana Mountains. It is home to over 114,000 people and is a well-known tourist destination, thanks to its local wine-growing industry. 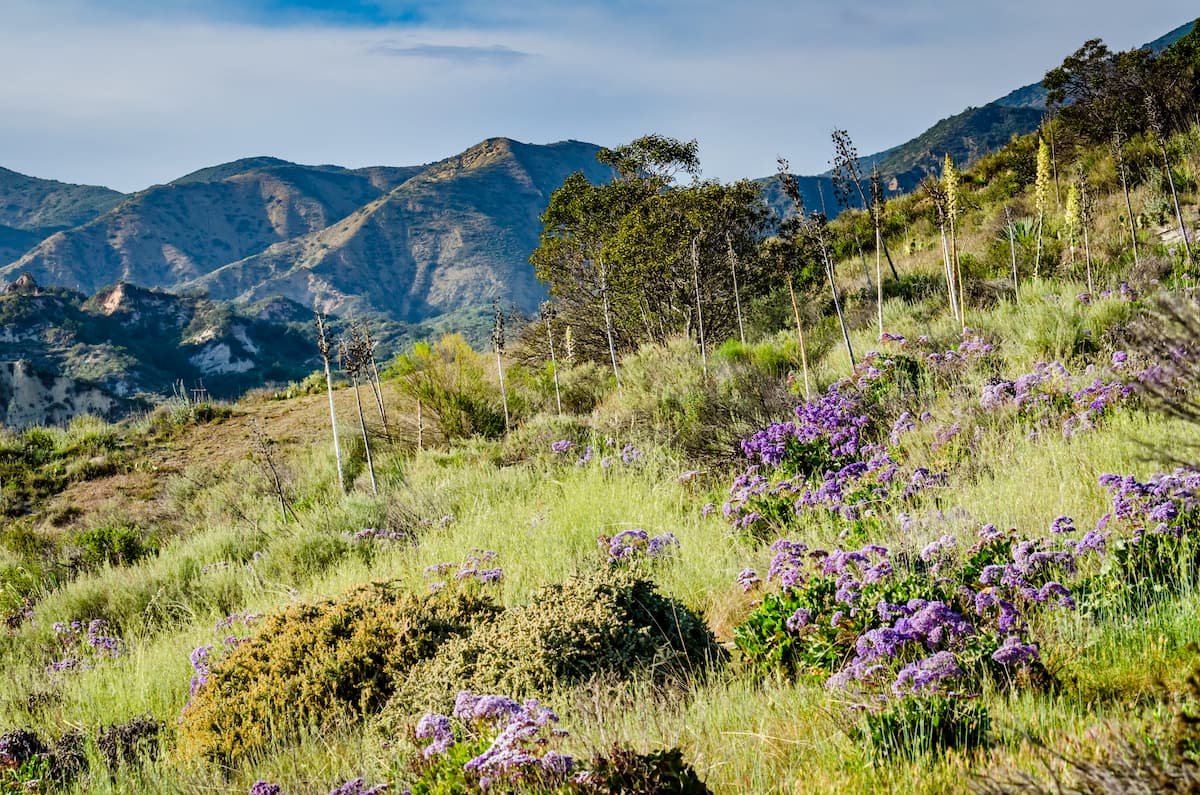 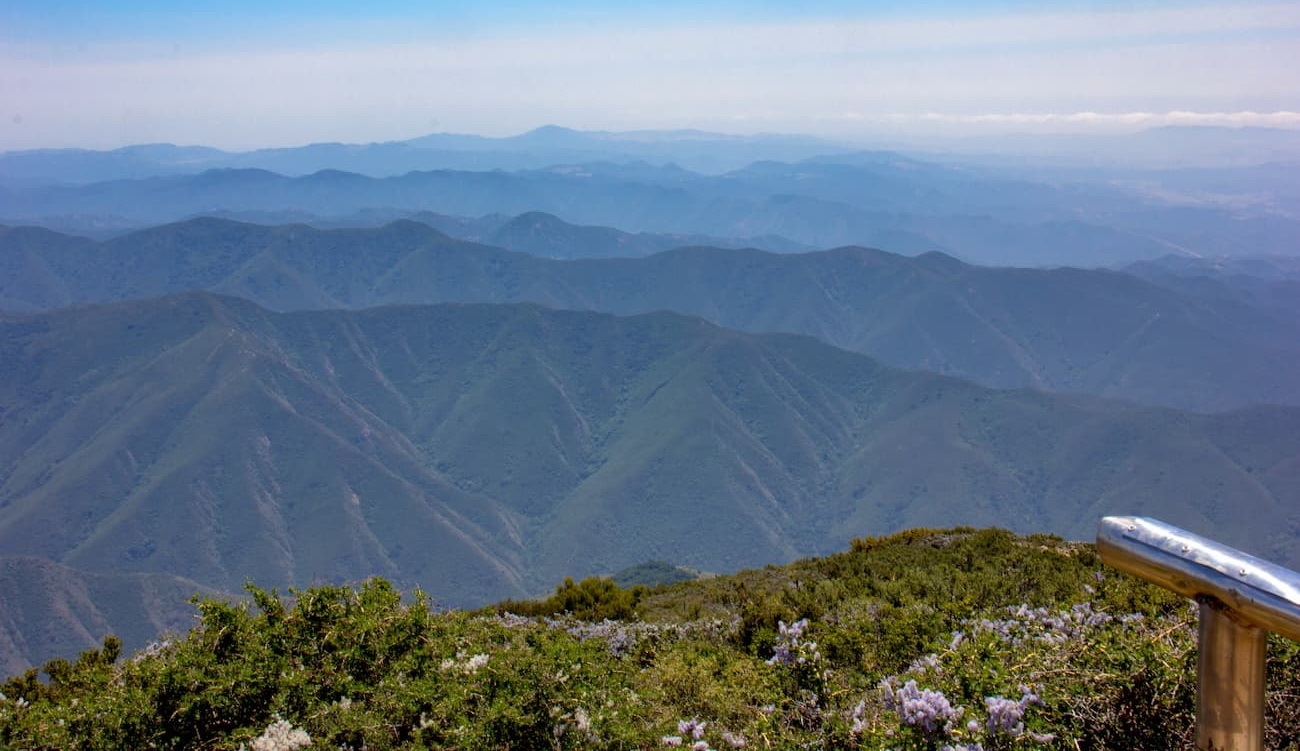 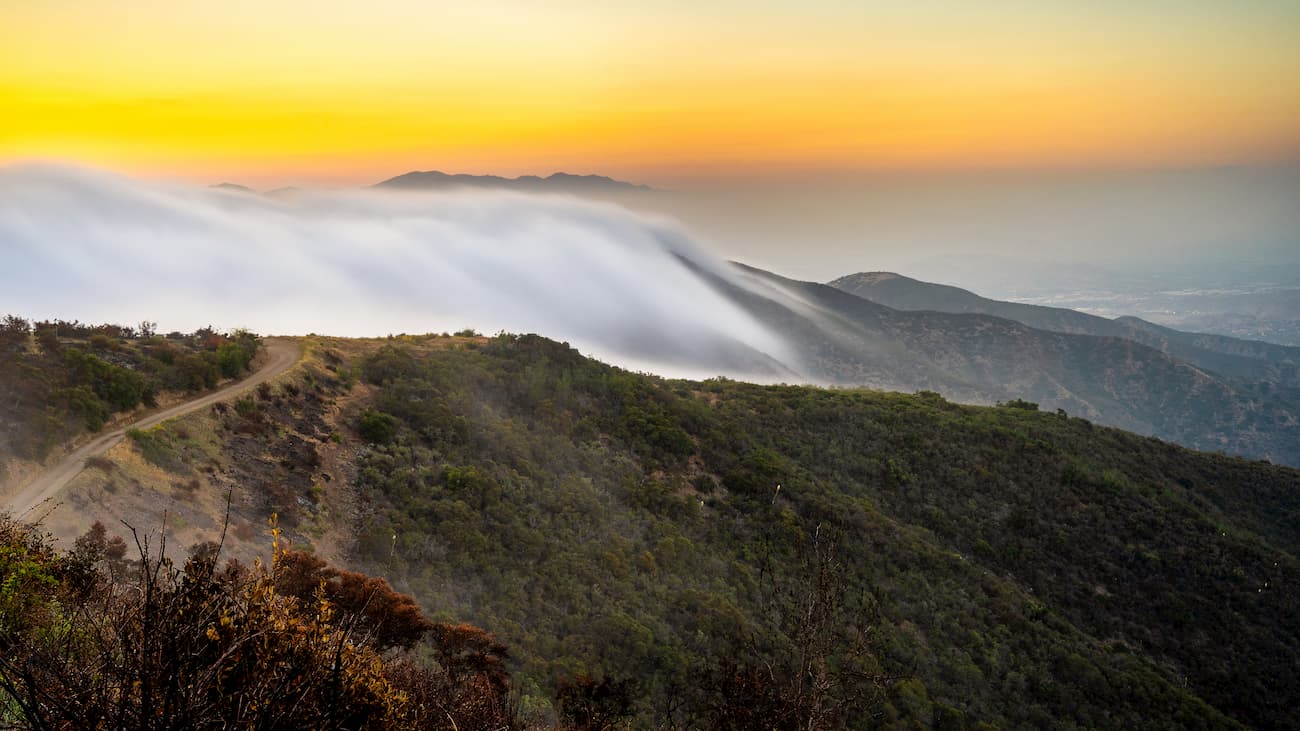 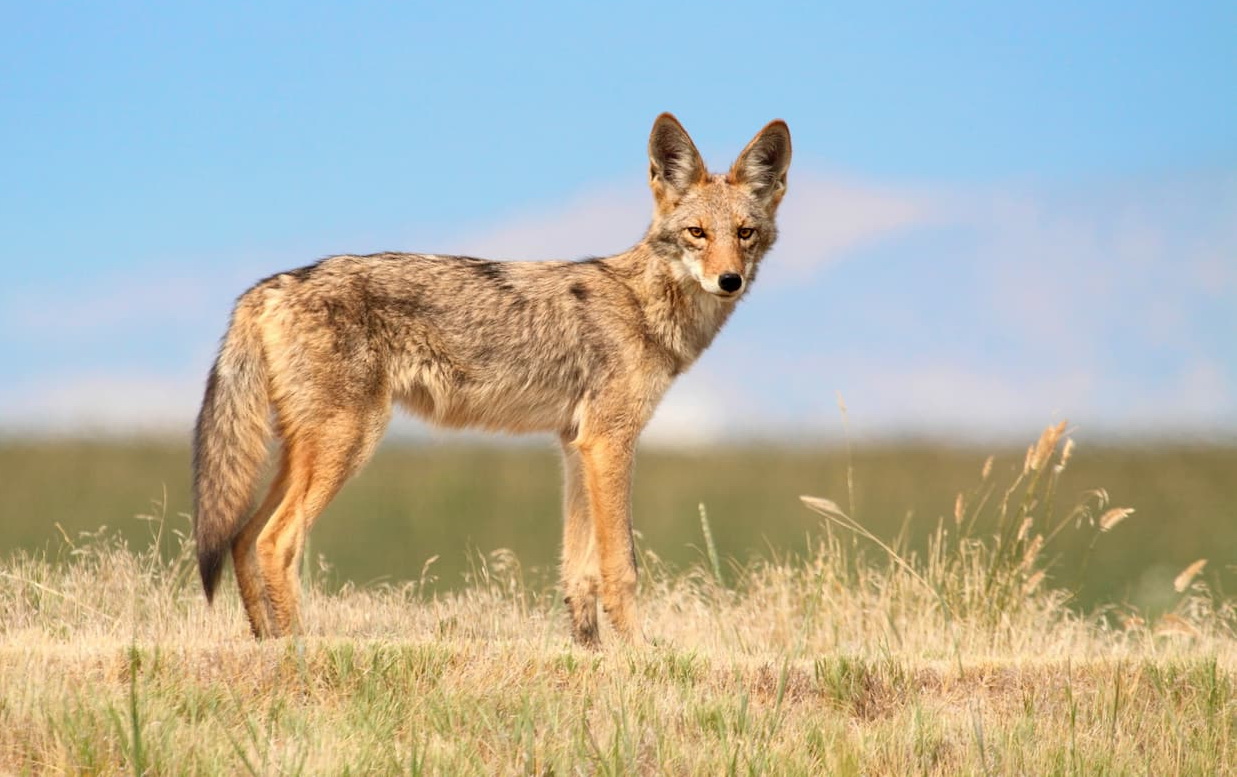 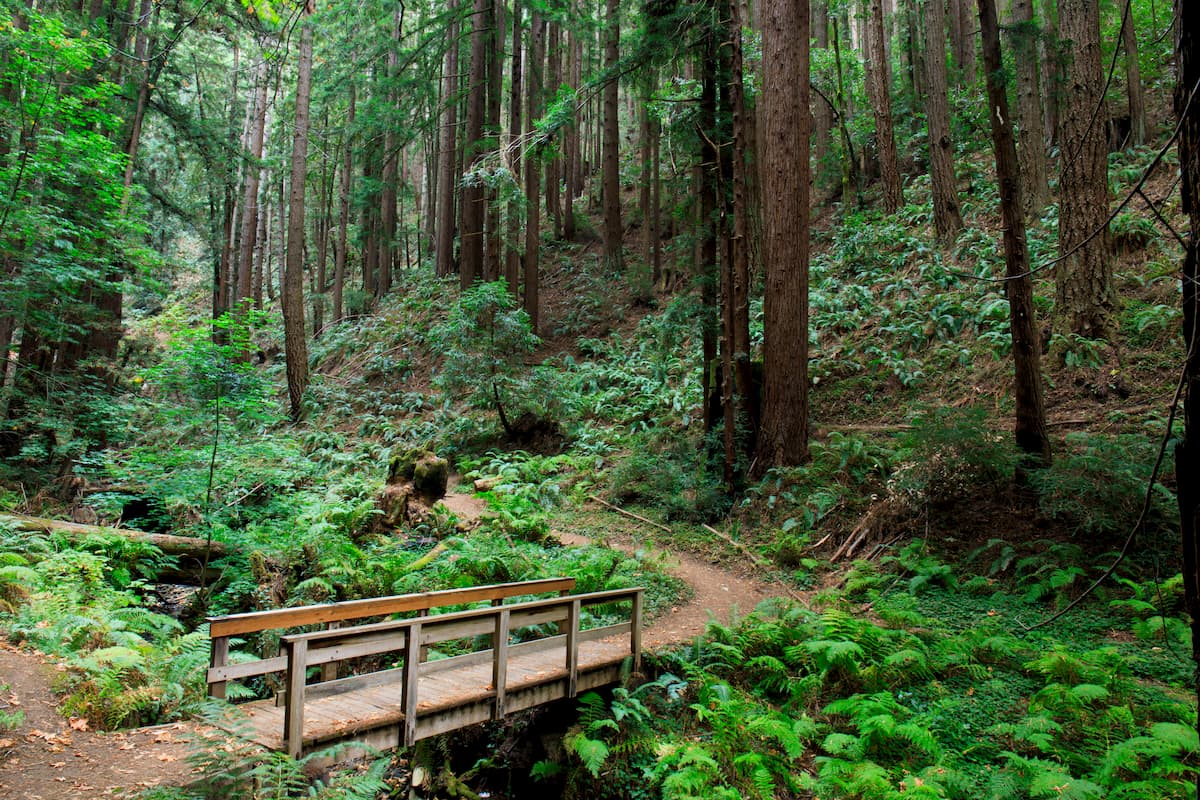 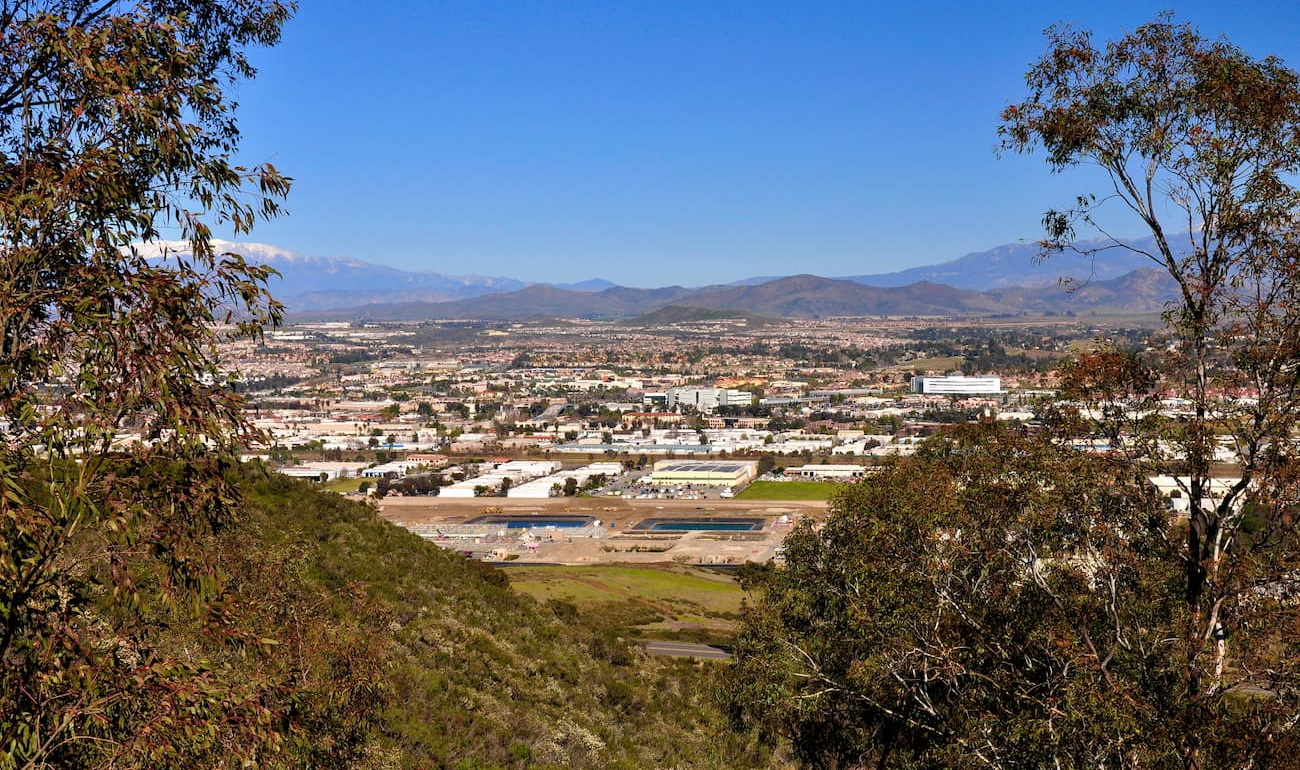