Rising high above the valley floor below, the peaks of the Santa Rosa and San Jacinto Mountains National Monument offer a scenic backdrop and a stark contrast to the arid Colorado Desert and the Coachella Valley. The monument is located in the southern part of the US state of California and is home to 15 named mountains, the highest of which is Santa Rosa Peak (8,054ft/2,454m), and the most prominent of which is Asbestos Mountain (5,249ft/1,599m). 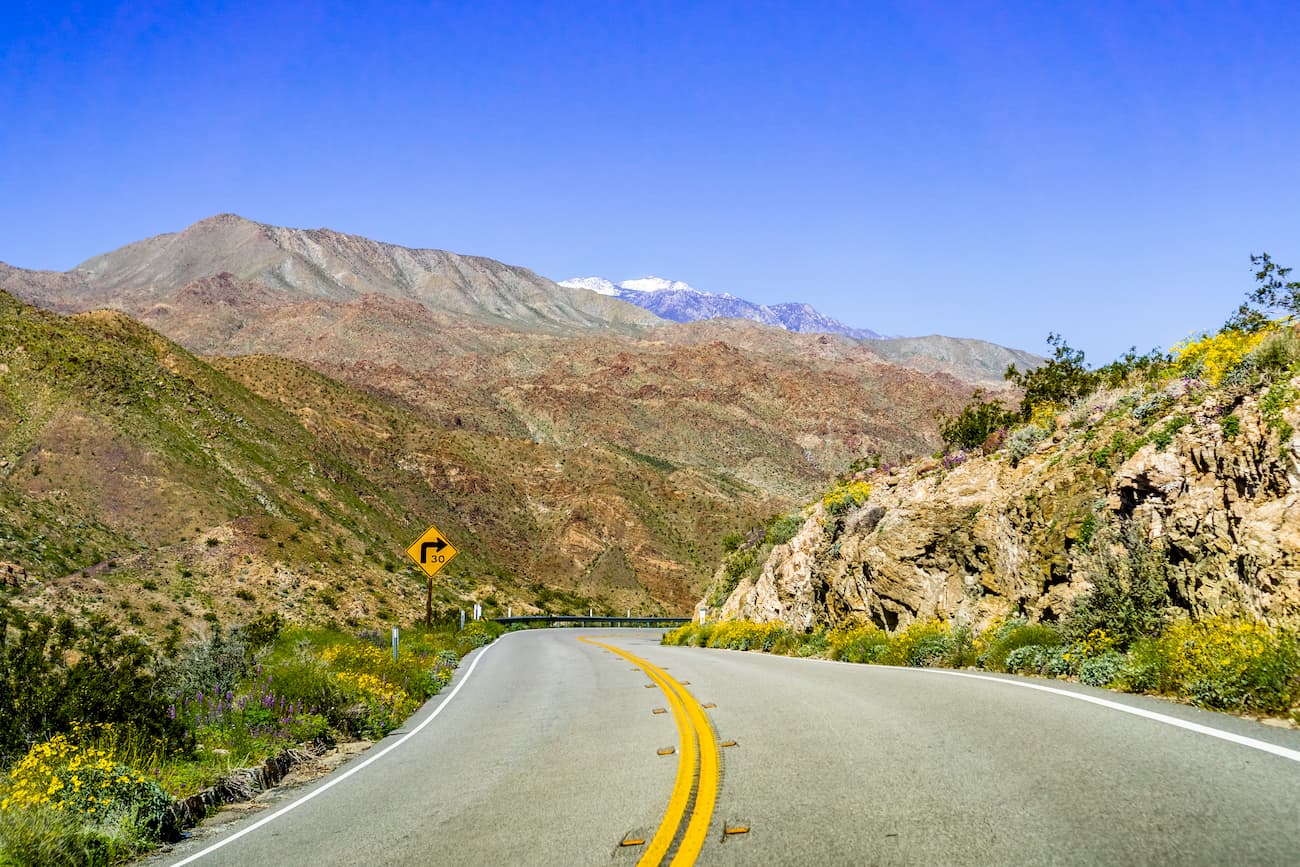 Two mountain ranges are located within the monument: the southern part of the San Jacinto Mountains and the northern edge of the Santa Rosa Mountains. These ranges are bordered by the San Bernardino Mountains to the north. To the south, however, the mountains are part of an unnamed subgroup of the California Ranges that extends past the United States’ border with Mexico to Laguna Salada, just south of Mexicali.

The monument is located in a highly mountainous region that features a patchwork of federal and state land. It is separated from the Santa Ana Mountains, the Cleveland National Forest and the San Mateo Canyon Wildernessto the west by the large Temecula and Elsinore Valleys.

The southern part of the monument terminates near the Santa Rosa Wilderness (which is partly contained within its borders) and the Anza-Borrego Desert State Park.

These peaks are actually the exposed portion of a massive block of granitic rocks (mostly diorite, granodiorite, granite, quartz monzonite, and quartz diorite) that starts at the Sierra Nevada mountains and extends for about 1,500 miles (2,414km) southward to Baja California. The rocks in this batholith were formed during the Mesozoic, some 100 million years ago as a result of the subduction of the Pacific Plate under the North American Plate.

However, the mountains themselves didn’t start to form until 50 million years later during the mid-Cenozoic. Due to the way that the mountains uplifted and then tilted west as a single crustal block, most of the highest peaks are located on the eastern portion of the ranges, though there are a few exceptions (most notably Santa Rosa Peak).

Due to this height and relative moisture, the San Jacinto Mountains are what’s known as a “sky island.” This means that they have drastically different ecosystems than what’s found in the surrounding area. Major tree species in the region include California black oak, ponderosa pine, red fir, white fir, Jeffrey pine, lodgepole pine, and Coulter pine, as well as about 150 giant sequoia trees, which were imported by the US Forest Service from the Sierra Nevada.

The Santa Rosa Mountains, on the other hand, are much drier, so they can support only a montane chaparral and woodlands ecosystem. While there are mixed evergreen forests in the range above 4,500 feet (1,400m), at lower elevations, the Santa Rosas are mostly covered in scrubs and other drought-resistant plants.

Other unique flora and fauna in the region include natural groves of California fan palm (Washingtonia filifera), the state’s only native palm tree. Rare plants in the monument include the Hidden Lake bluecurls (Trichostema austromontanum ssp. compactum), the desert sand verbena, and vanishing buckwheat.

The monument and the nearby Santa Rosa Wilderness are also home to one of the largest herds of the Peninsular desert bighorn sheep (Ovis canadensis nelsoni), which is an endemic subspecies of the bighorn sheep. Visitors that get very lucky can even spot the occasional desert tortoise (Xerobates agassizii) at lower elevations in the monument. There are also southern rubber boa, Coachella Valley fringe-toed lizards, and southwestern willow flycatchers, all of which are protected species.

The Cahuilla people, their ancestors, and countless other groups have lived in the San Jacinto and Santa Rosa Mountains for thousands of years. The first European to visit the area was likely Spaniard Juan Bautista de Anza, who traversed Alta California during his 1774 expedition.

By the late 19th century, the region was split into various forest reserves, culminating with the creation of the San Bernardino National Forest in 1925 and the Mount San Jacinto State Park in 1928. During the 1960s, the California Department of Fish and Game started to create ecological areas to preserve important habitats for critical species in the region.

These days, the monument is managed jointly by the San Bernardino National Forest, the Bureau of Land Management, and the California Department of Parks and Recreation. The Cahuilla Band of Indians also owns and manages a significant portion of the monument, particularly around historic and cultural sites in the region.

The Santa Rosa and San Jacinto Mountains National Monument is home to dozens of miles of hiking trails. Here are some of the best options to check out:

The Bump and Grind Trail is a 4 mile (6.4km) hike that offers good views of the desert landscape and the surrounding region. It is easily accessible from the town of Palm Desert and is a nice hike to do in the morning before the midday heat.

The Art Smith Trail is a 16.7 mile (26.9km) hike that provides trekkers with great vistas of wildflowers, particularly during late spring and early summer. It is a good option for experienced hikers that are looking for an adventure close to town. The trail is very exposed to the sun and is not recommended at midday during the height of summer.

The Andreas Canyon Trail is a 1 mile (1.6km) long path that’s located very close to the city of Palm Springs. This short walk is suitable for hikers of any ability level and features a stunning waterfall in the middle of the arid Colorado Desert.

Here are some of the best places to stay during your visit to the Santa Rosa and San Jacinto Mountains National Monument:

Palm Springs is a very popular resort city among snowbirds. It has over 44,000 residents and is just northeast of the national monument. Getting to Palm Springs is fairly straightforward as the city has an international airport, good highway access, as well as a number of train and bus lines that provide connections to other major communities in the region.

Palm Desert is located directly east of the monument, just a few minutes’ drive away on the Pines to Palms Scenic Byway (Route 74). The city has over 48,000 inhabitants and is one of the fastest-growing cities in the state. It is easy to get to by road on I-10 or by plane if you land at the nearby Palm Springs International Airport.

San Diego is located in the southwest of the Santa Rosa and San Jacinto Mountains National Monument along the Pacific Coast and the US border with Mexico. It is the second-largest city in California with a population of 1.4 million people.

The city is just a two-hour drive from the monument and is easy to get to by road, train, bus, and air. San Diego is home to a major international airport and also offers good connections to Tijuana International Airport through the Cross Border Xpress footbridge. 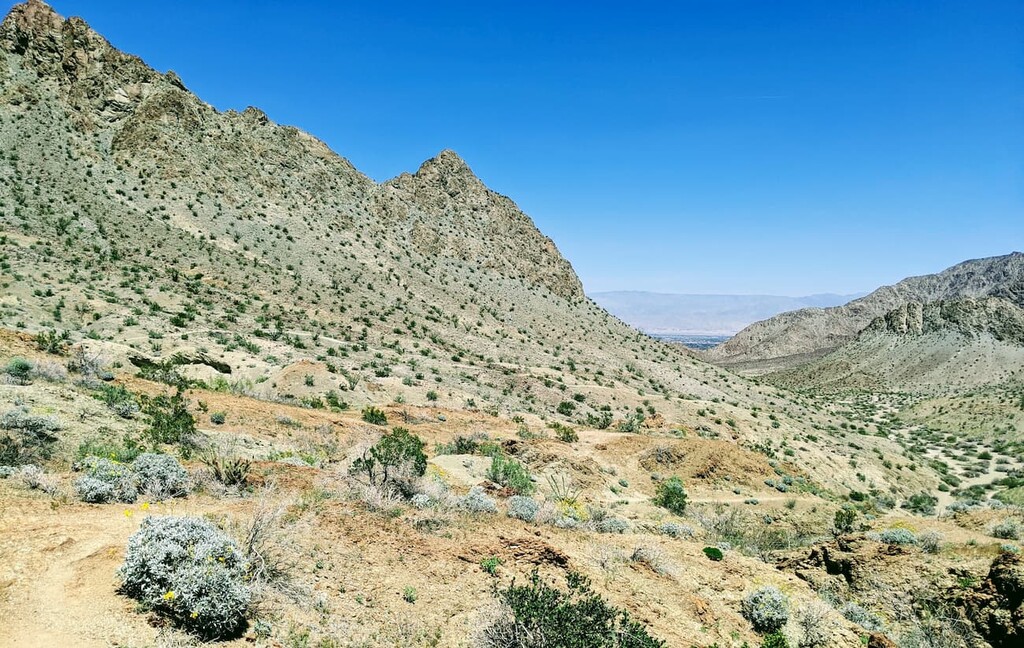 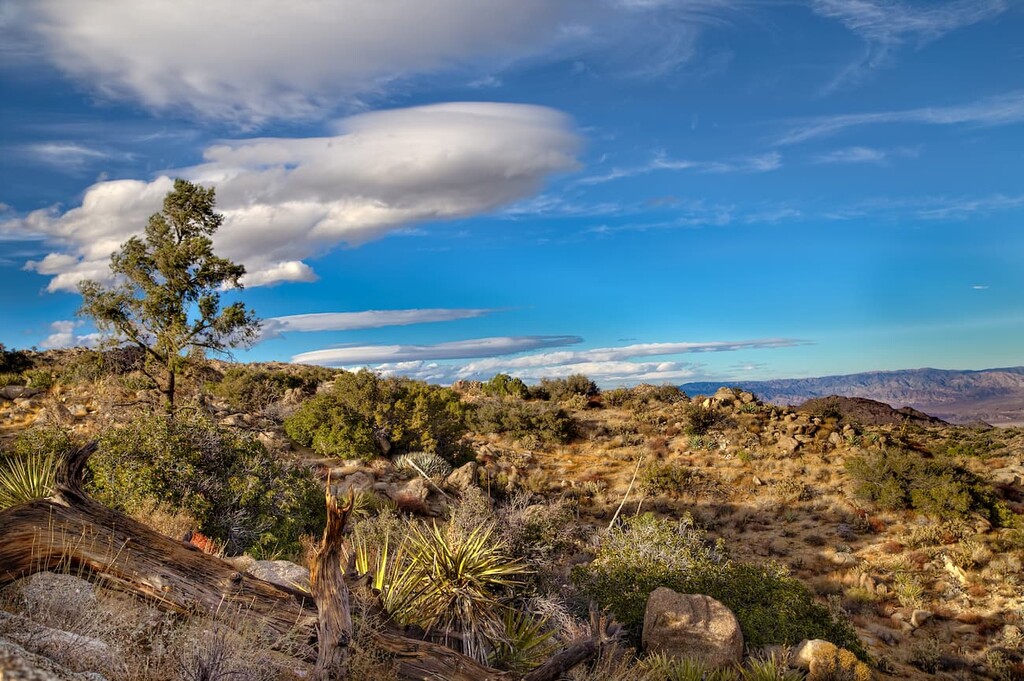 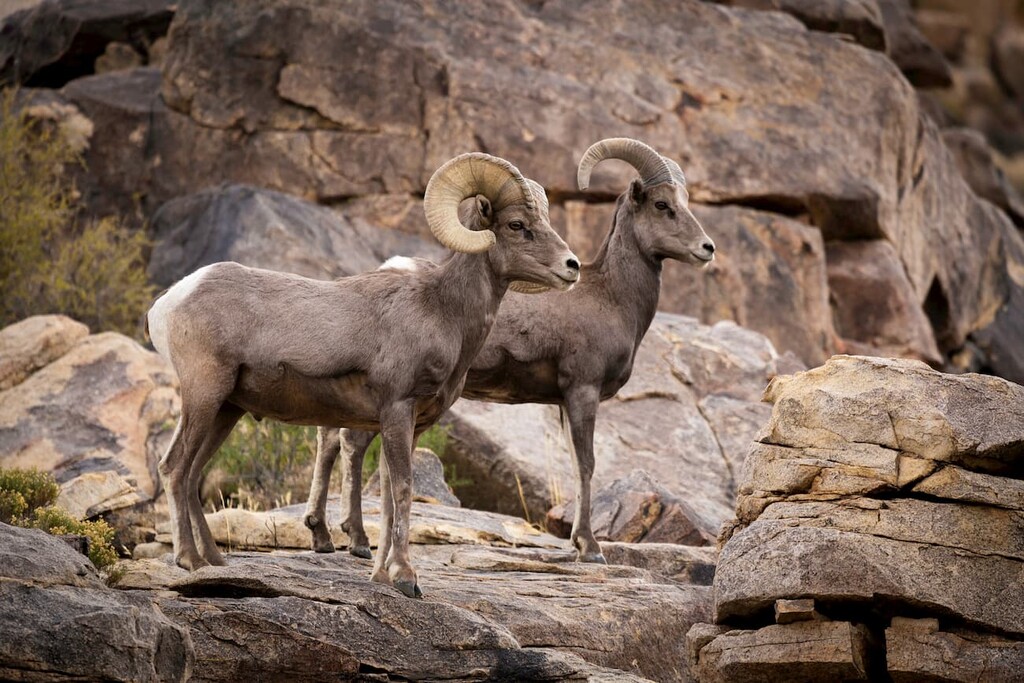 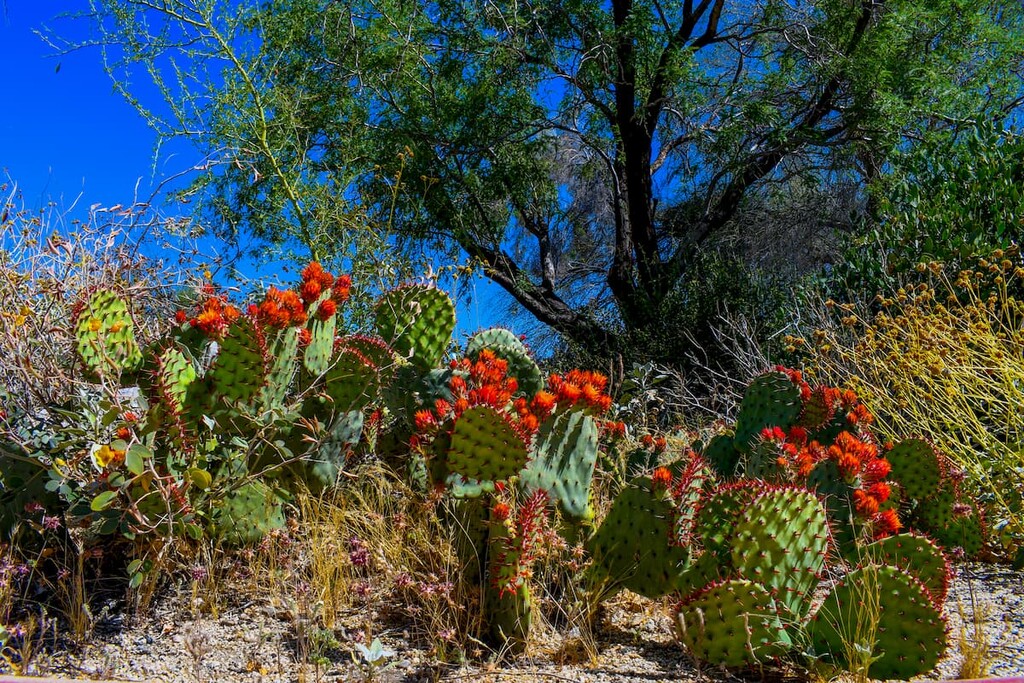 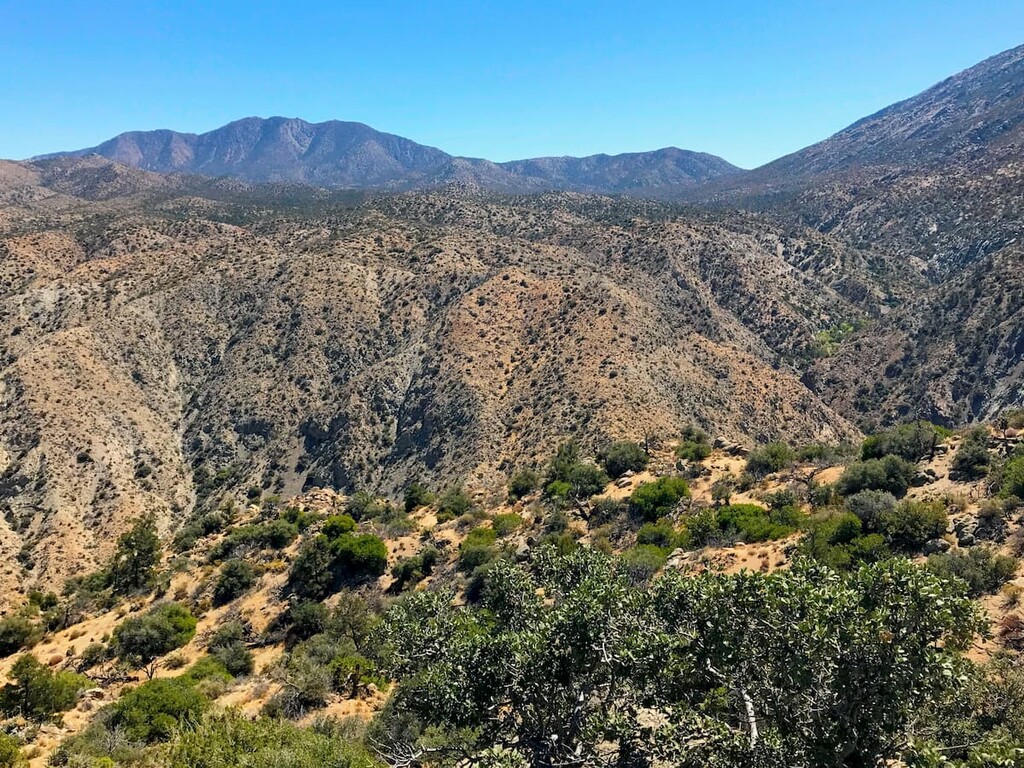 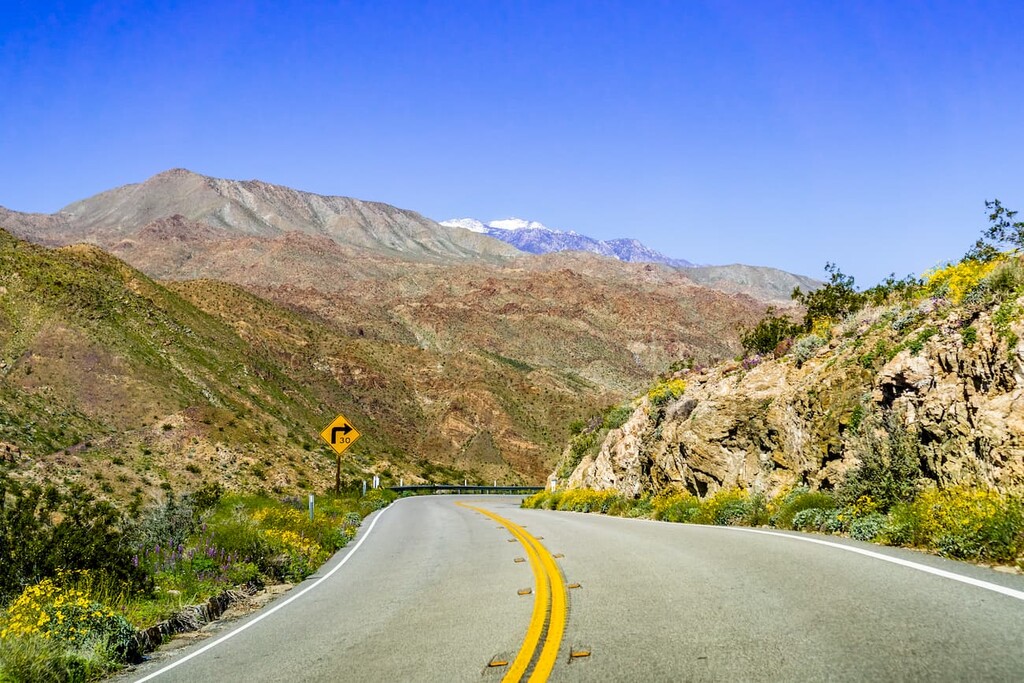