The Santa Rosa Mountains are a small chain of peaks located in the southern part of the US state of California. The range is home to 26 named mountains, the highest and most prominent of which is Toro Peak (8,698ft/2,650m). 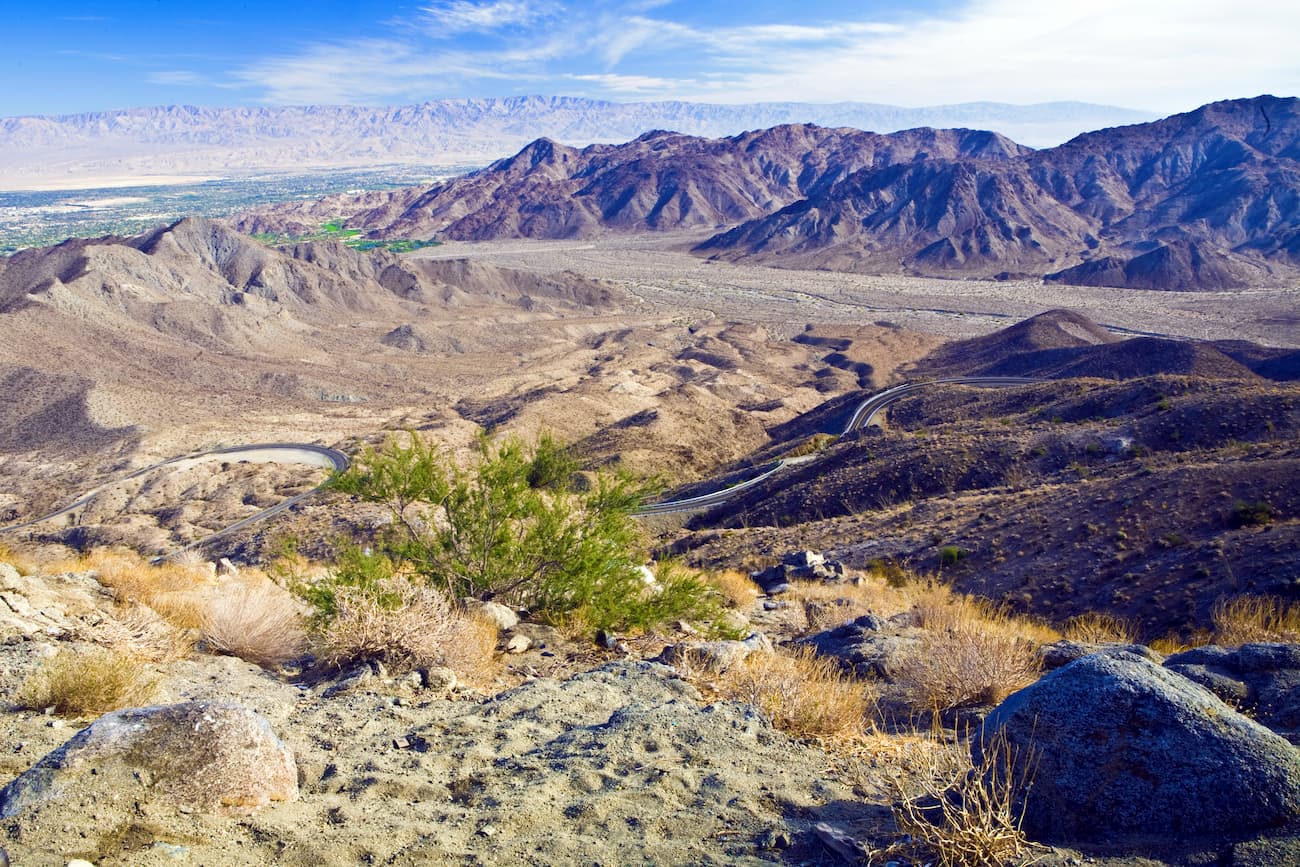 Situated mostly within Riverside County and along the edges of San Diego and Imperial County, the Santa Rosa Mountains are located within a system of ranges that separates the Los Angeles Basin and southern coastal region from the Inland Empire and the Mojave Desert. It runs for about 30 miles (48km) and contains a number of notable peaks including Santa Rosa Peak, Rabbit Peak, Martinez Mountain, and Combs Peak.

The range runs parallel to the central part of the Santa Ana Mountains to the west. It is separated from Cleveland National Forest and the San Mateo Canyon Wilderness by the arid Temecula and Elsinore Valleys.

The range also forms the natural western terminus of the San Jacinto and Coachella Valleys, which separate it from Joshua Tree National Park to the northeast as well as the Mecca Hills Wilderness and the Salton Sea to the east. To the south, the range is bordered by Anza-Borrego Desert State Park and its associated wilderness areas.

The range contains the Santa Rosa Wilderness, which is jointly managed by the Bureau of Land Management and the US Forest Service.

The Santa Rosa Mountains, along with their northerly neighbor, the San Jacinto Mountains, are mostly made of granitic rocks from the California Batholith. The Batholith is a single huge block of granites that cover some 1,500 miles (2,414km) of land from the Sierra Nevada to Baja California.

It formed during the Mesozoic, some 100 million years ago as the Pacific Plate started to subduct under the North American Plate. This process created much of the igneous rock that we see in the region today, as well as the highly metamorphosed mahogany-colored sedimentary rocks near Palm Springs.

The mountains themselves began to form some 50 million years ago during the middle Cenozoic as a result of increasing pressure from tectonic plate movement. In many ways, the Santa Rosa Mountains, along with the other California Ranges in this region are simply the exposed portion of the California Batholith that was uplifted during this time.

Similar to the San Jacinto Range, the Santa Rosas are essentially an uplifted block of crust, but they are turned toward the east, not west. They are also lower in elevation, so they capture very little of the eastward-moving weather systems. This means that they are significantly dryer than the San Jacinto Mountains and have no permanent streams.

Since the Santa Rosa Mountains are very dry, they do not form a sky island like the San Jacinto Mountains and San Bernardino Mountains to the north. Instead, the range is mostly montane chaparral and woodlands at higher elevations and California desert chaparral on the eastern edge and lower elevations.

In the montane chaparral and woodlands, the landscape is covered in chamise, manzanita, scrub oak, and various other oak species. There are also mixed evergreen forests of Jeffrey pine, ponderosa pine, and western juniper above 4,500 feet (1,400m). At lower elevations, the region is dominated by drought-resistant plants, such as scrubs.

The range is also home to a few natural oases along the eastern edge of the mountains, where visitors can see the California fan palm (Washingtonia filifera), the state’s only native palm tree. Additionally, the mountains are home to the Peninsular desert bighorn sheep (Ovis canadensis nelsoni), an endangered subspecies of bighorn sheep that is endemic to the area.

Unlike the San Jacinto Mountains to the north, the Santa Rosa Mountains are less often visited, but still feature a significant amount of hiking and outdoor recreation opportunities, particularly within the Santa Rosa Wilderness, which was established in 1984 through the California Wilderness Act.

There are plenty of great hiking trails within the Santa Rosa Mountains. Here are some of the most popular places to check out:

The Santa Rosa Wilderness is located on the eastern edge of the Santa Rosa Mountains along their border with the Coachella Valley. It contains 4 named mountains, the highest of which is Rabbit Peak, and the most prominent of which is Martinez Mountain.

The wilderness is jointly managed by both the Bureau of Land Management and the San Bernardino National Forest. However, much of the wilderness is included as part of the Santa Rosa and San Jacinto Mountains National Monument, which was created through an act of Congress in 2000.

These days, the wilderness covers 112.9 square miles (292.4 sq. km) of land, most of which is culturally significant, particularly to the Cahuilla people. Interestingly, the Santa Rosa Wilderness was originally created to help protect the habitat of the largest herd of the endangered peninsular desert bighorn sheep in the world.

The wilderness also supports other wildlife, including coyote, bobcat, and mule deer. There are also a number of rare plants native to the Santa Rosa Wilderness, including the Santa Rosa sage (Salvia eremostachya) and Nuttall’s scrub oak (Quercus dumosa).

Hiking is a popular pastime in the wilderness and there are quite a few hiking trails in the region, including the Cactus Spring Trail, Bear Creek Oasis Trail, Lost Canyon Oasis Trail, and the trails up Rabbit Peak.

Here are some of the best places to stay before or after your trip into the Santa Rosa Mountains:

San Diego is south of the Santa Rosa Mountains along the Pacific Coast. It is the second-largest city in California with a population of over 1.4 million people. The city is also located along the United States’ border with Mexico, where it forms a massive transborder agglomeration with Tijuana of nearly 5 million people.

San Diego is the starting point of a number of major highways, including I-5 and I-8. It is well served by bus and rail which provide access to cities around the state. Additionally, San Diego has a busy international airport, as well as easy access to the Tijuana International Airport via the Cross Border Xpress footbridge. 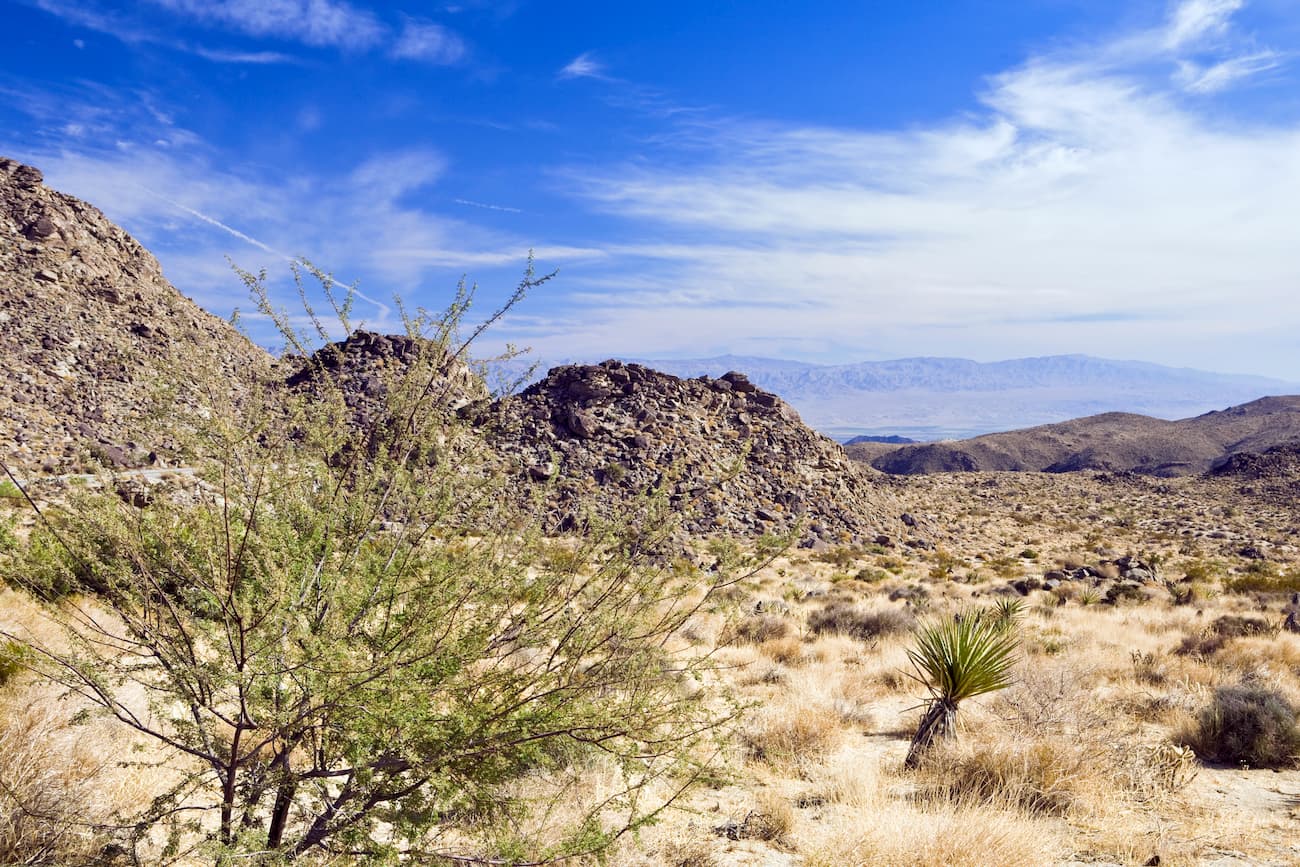 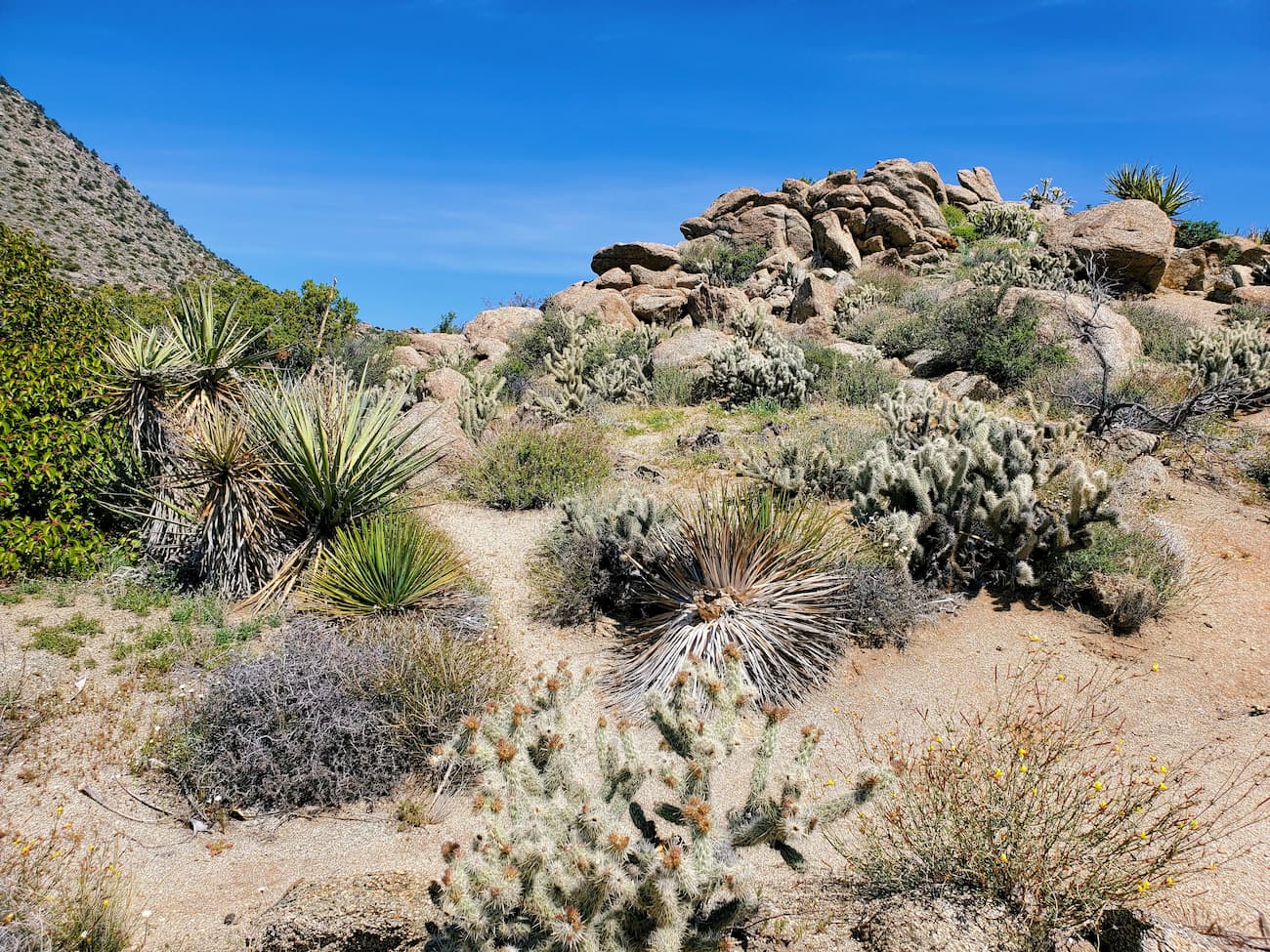 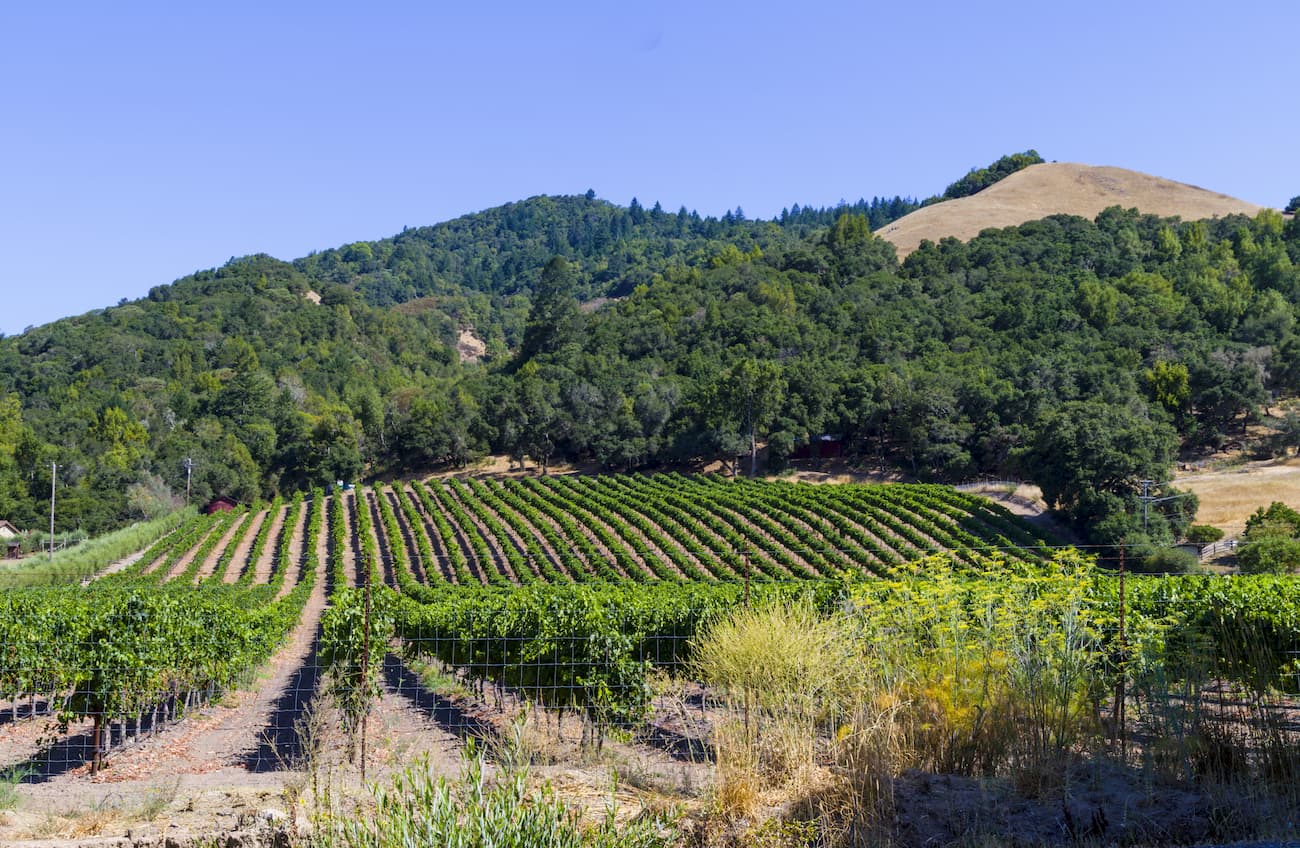 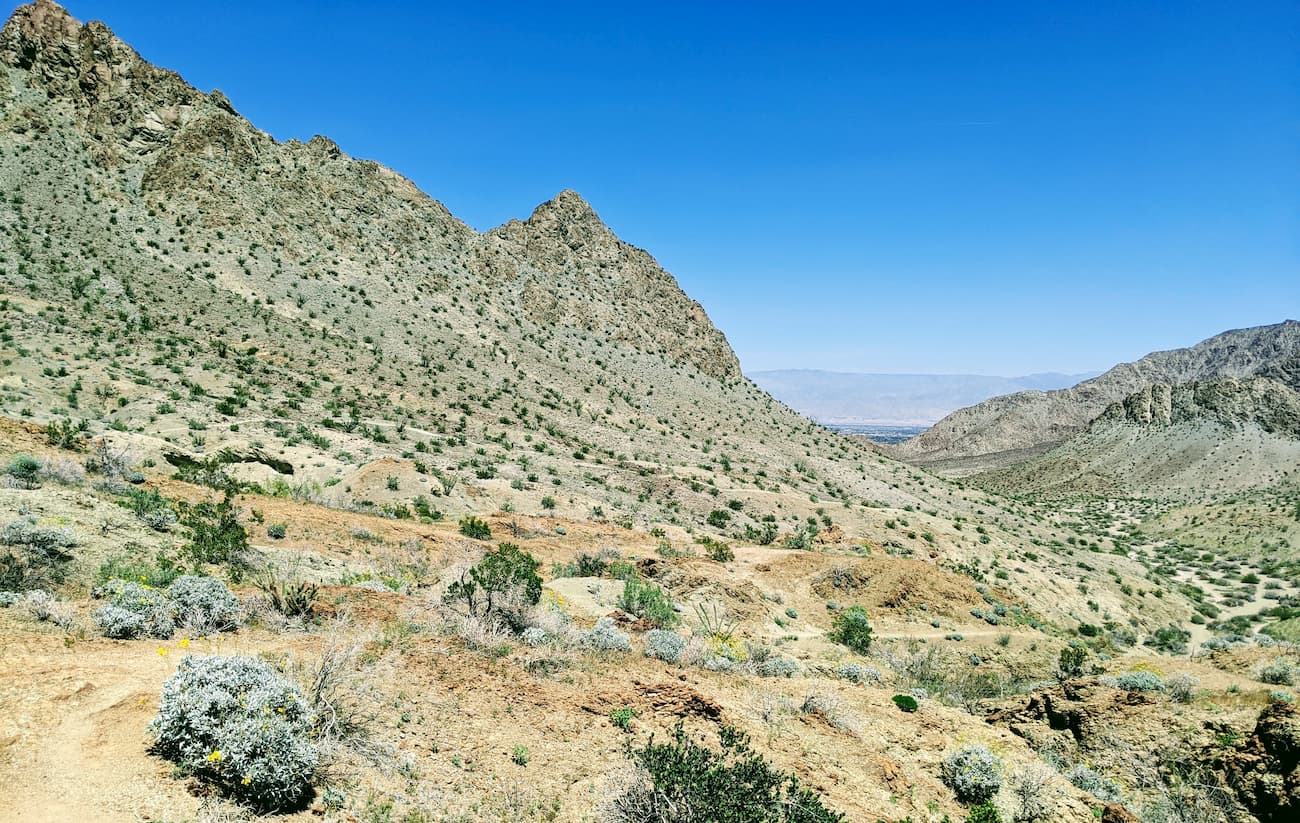 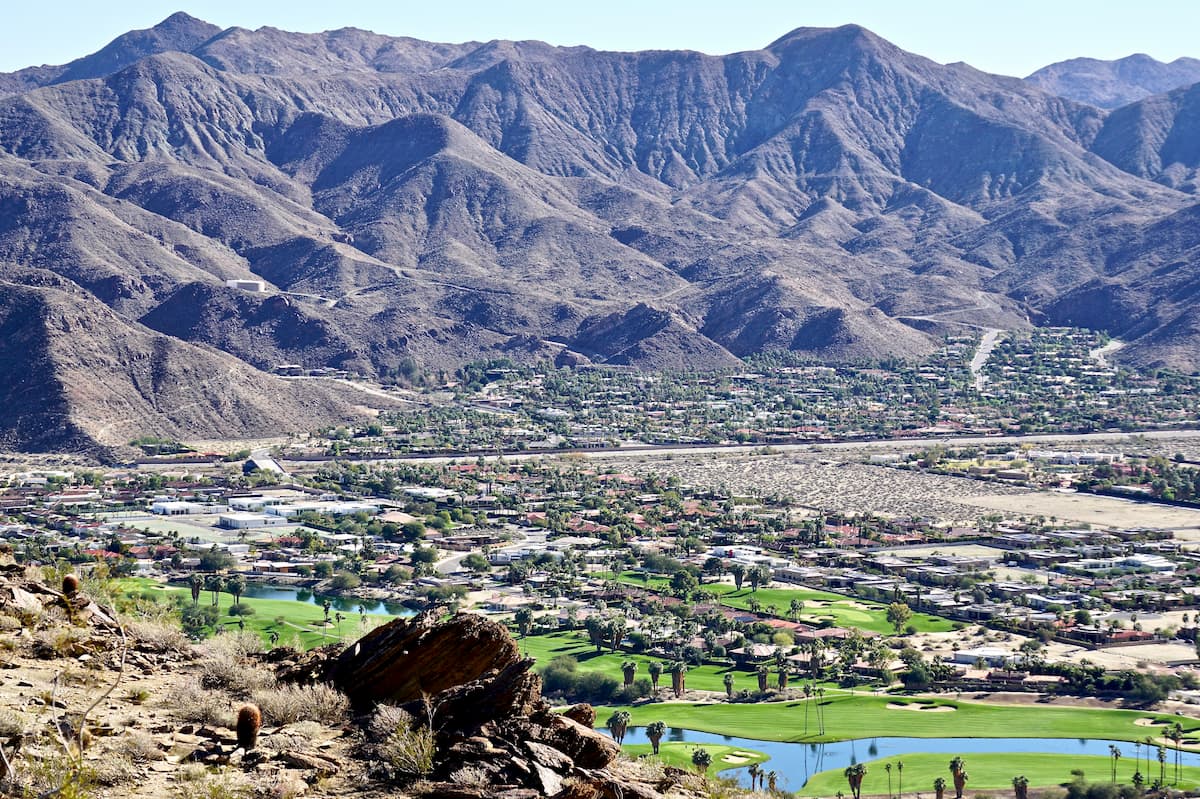 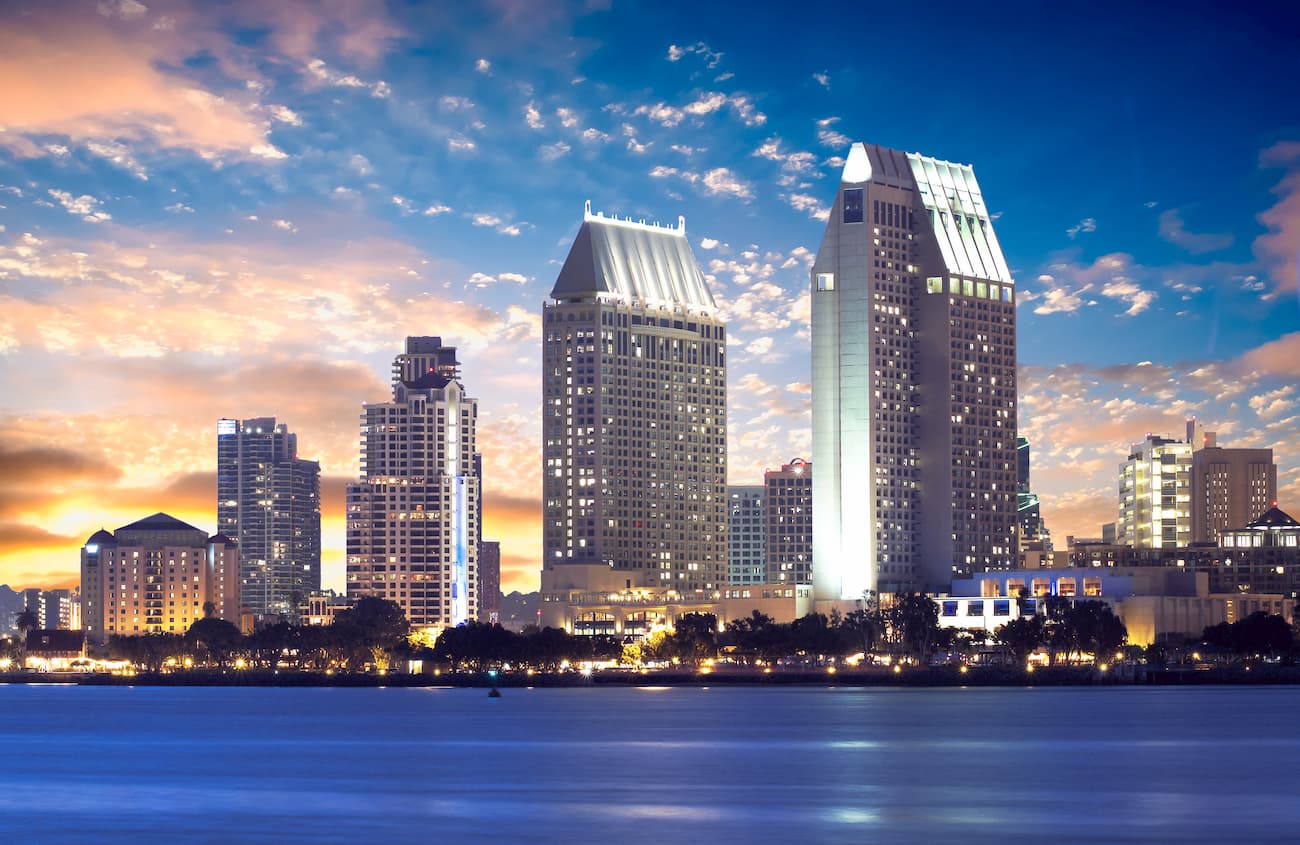