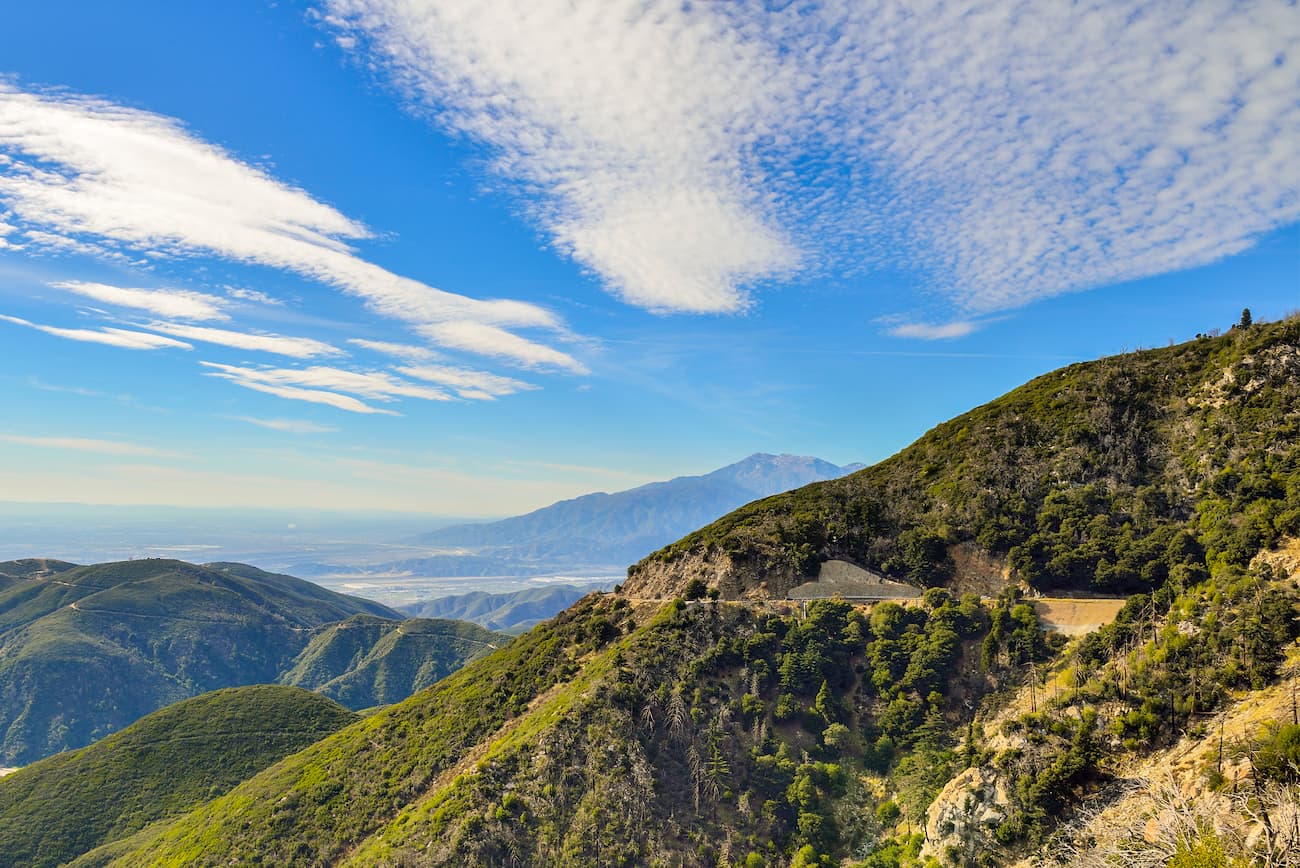 The San Bernardino Mountains cover an area some 60 miles (97km) long from Cajon Pass to San Gorgonio Pass. Interestingly, San Gorgonio Pass is actually one of the deepest mountain passes in the country and is over 2,000 feet (610m) deeper than the Grand Canyon. They are located within both San Bernardino and Riverside Counties, near some of the most heavily populated parts of California.

The San Bernardino Mountains are east of the San Gabriel Mountains and northwest of the San Jacinto Mountains. These mountains form a three-way division between some of the largest physiographic regions in Southern California: the Mojave Desert, the Inland Empire, and the Coachella Valley.

For the most part, the range is located within the San Bernardino National Forest and the San Gorgonio Wilderness. Additionally, it is situated amongst a large swath of public land in the southernmost part of the state, with large cities and towns, such as San Bernardino, Redlands, Palm Springs, Yucca Valley, Calimesa, and the rest of the cities within the Los Angeles Basin all nearby.

Indeed, the San Gabriels Mountains National Monument is located just east of the range while the San Jacinto Wilderness and Mount San Jacinto State Park both form the range’s southern border. The Sand to Snow National Monument, Joshua Tree National Park, the Big Bear Area, and the Twentynine Palms Marine Corps Base are all located to the east and north of the San Bernardino Mountains.

Geologically, the San Bernardino Mountains are part of the larger California Ranges system, which spans much of the length of the southern and central parts of California. These mountains formed as a result of tectonic plate movement along the San Andreas Fault some 11 million years ago. In fact, the San Bernardino Mountains are still rising to this day.

However, the rocks within the range are significantly older than the mountains themselves, with some dating as far back as 1.7 billion to 18 million years ago. Additionally, the range did not rise up all as one uniform structure.

Instead, the San Bernardinos are actually a series of different “fault blocks” which are huge sections of crustal rock that are created by tectonic forces. The Big Bear block forms the large plateau section of the range in the north while the San Gorgonio, Yucaipa Ridge, and Wilson Creek blocks are located toward the south.

Due to their height and relative isolation from the low-lying valleys below, the San Bernardino Mountains are what’s known as a “sky island.” A sky island is a mountainous area that has very different plant and animal life from the surrounding region.

The San Bernardino Mountains get substantially more precipitation than the nearby desert, with average annual rainfall totals reaching 40 inches (102cm) in some parts of the range. Above 5,000 feet (1,520m), snow is fairly common in the winter months.

The drastically different climate conditions within the San Bernardino Mountains have created one of the largest forested areas in all of Southern California. In the foothills, the range is dominated by chaparral species and evergreen oak. Meanwhile, above 5,000 feet, there ecosystems transition into forests of Jeffrey pine, yellow pine, incense cedar, and oak.

The range is also home to black bears, however, these are not native bears. Although the region once had a sizable California grizzly population, they went extinct in 1906 as a result of excessive hunting. The bears that are now in the mountains were actually brought by the California Department Fish and Game from the Sierra Nevada to the San Bernardinos in the 1930s.

The San Bernardino Mountains have been home to humans for at least the last 10,000-12,000 years. A number of groups consider the range to be part of their ancestral homelands, including the Tongva, Cahuilla, Serrano, and Chemehuevi.

There were a number of well-established trade routes through the region, including the Mohave Trail, which connected the people of the Colorado River to the people of Southern California and the San Bernardino Mountains.

Pedro Fages, the military governor of Alta California, became the first European to enter the San Bernardino Mountains on his mission to find deserters from the army and from the Spanish missions in 1772. A few years later, Francisco Garcés, a Franciscan missionary, traveled the Mohave Trail, becoming the first European to do so.

However, it wasn’t until 1845, when fur trapper, trader, and politician Benjamin D. Wilson ventured into the highest elevations of the range that Europeans and European Americans started settling in the San Bernardinos themselves. With the arrival of Mormon colonists to the San Bernardino Valley in 1851, the region became much more focused on agriculture and ranching.

When gold was discovered in the mountains in 1860, though, hordes of prospectors flooded the San Bernardino Mountains in the hopes of making it rich. Unfortunately for them, the mineral wealth more or less dried up by the 1880s, but the abandoned mining equipment can still be seen in the mountains today.

Here are some of the most exciting hiking areas to check out during your trip into the San Bernardino Mountains.

This 16 mile (25.8km) hike to the summit of San Bernardino Peak is challenging but rewards you with panoramic views of the Inland Empire and the Mojave Desert. It offers relatively little by the way of crowds so it is a good hike for people that want a bit of solitude. The trail is doable in a day, but if you want to stay overnight permits are required for stays at the Limber Pine Bench Camp and any backcountry camping.

The Dry Lake hike along the South Fork Trail is an 11.5 mile (18.5km) difficult hike that starts at the South Fork Trailhead near Angelus Oaks. This path takes visitors to Dry Lake, a scenic area surrounded by staggering mountain peaks. It is also a very popular camping area within the San Gorgonio Wilderness so a permit is required for overnight stays.

This trail up to the summit of San Gorgonio Mountain gives you the chance to stand on top of the tallest peak in southern California. The hike is 18.5 miles (29.8km) long and is very difficult, however, it is possible to do it in one long day. For the shortest and most straightforward route, the Vivian Creek Trail is the best option. While permits are optional for day hikes on the mountain, they are required for all overnight stays.

The Lake Arrowhead Pinnacles Trail is a 4 mile (6.4km) moderate hike that takes people to the summit of The Pinnacles, which offers fantastic views of the Mojave below. Although the trail has wonderful scenery and is close to major cities, it’s not often used, so it’s a great place to go if you’re looking for a short hike with some solitude.

The San Bernardino Mountains are located in one of the most heavily populated sections of California, so there are plenty of places to stay before or after your visit. Here are some of the largest cities in the area to check out:

Palm Springs is located within the Coachella Valley to the southeast of the San Bernardino Mountains. It has a year-round population of about 45,000 people but is a popular winter snowbird destination. The city has an international airport, an Amtrak station, and is located along I-10 for good transportation access to the rest of the state and the country.

The city has good road connections along I-10 and a variety of state highways and freeways. It is also a stop along Amtrak’s Southwest Chief line that takes passengers between Los Angeles and Chicago.

Los Angeles is the largest city in California and the second-largest in the United States with a population of over 4 million people. The city is a few hours’ drive west of the San Bernardino Mountains along the Pacific Coast and is very easy to get to from around the world thanks to its collection of international airports. 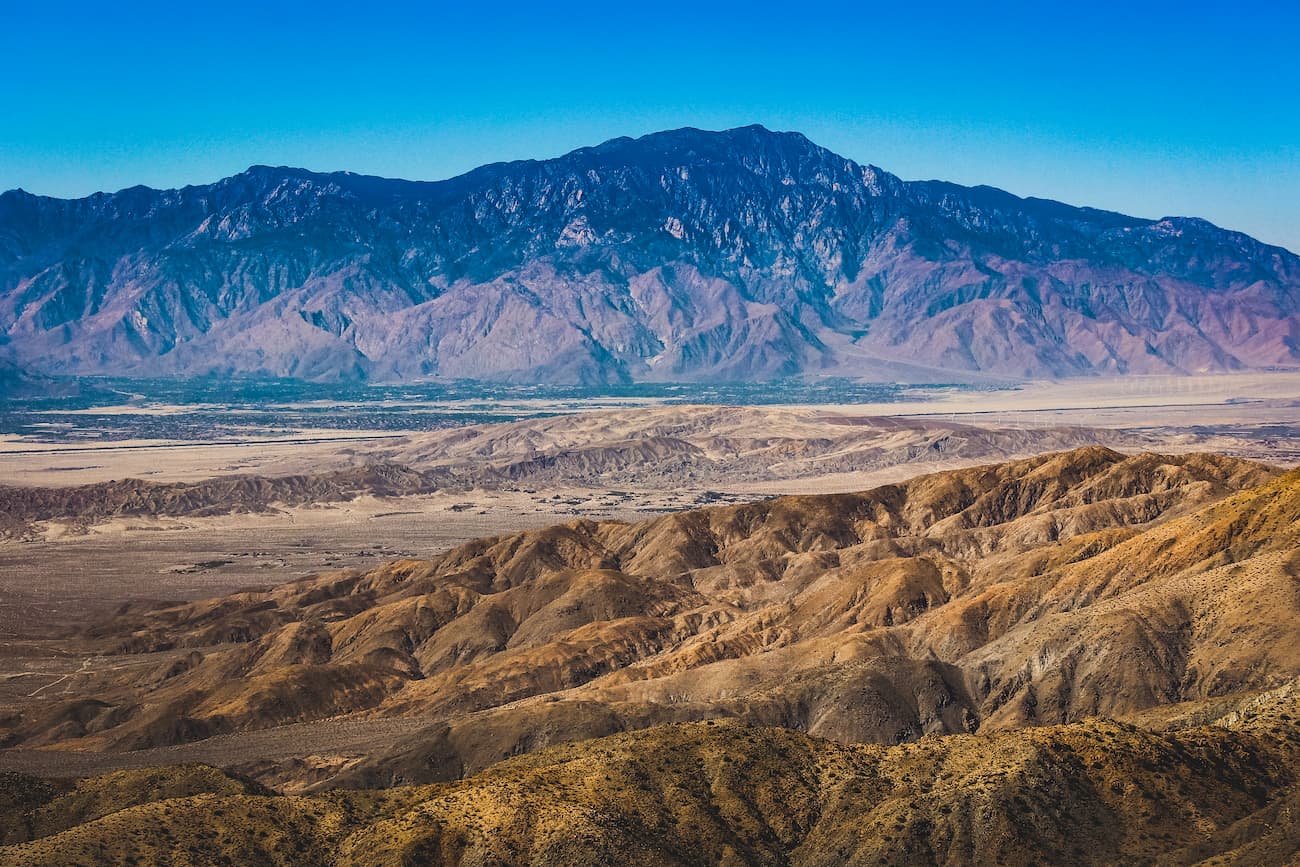 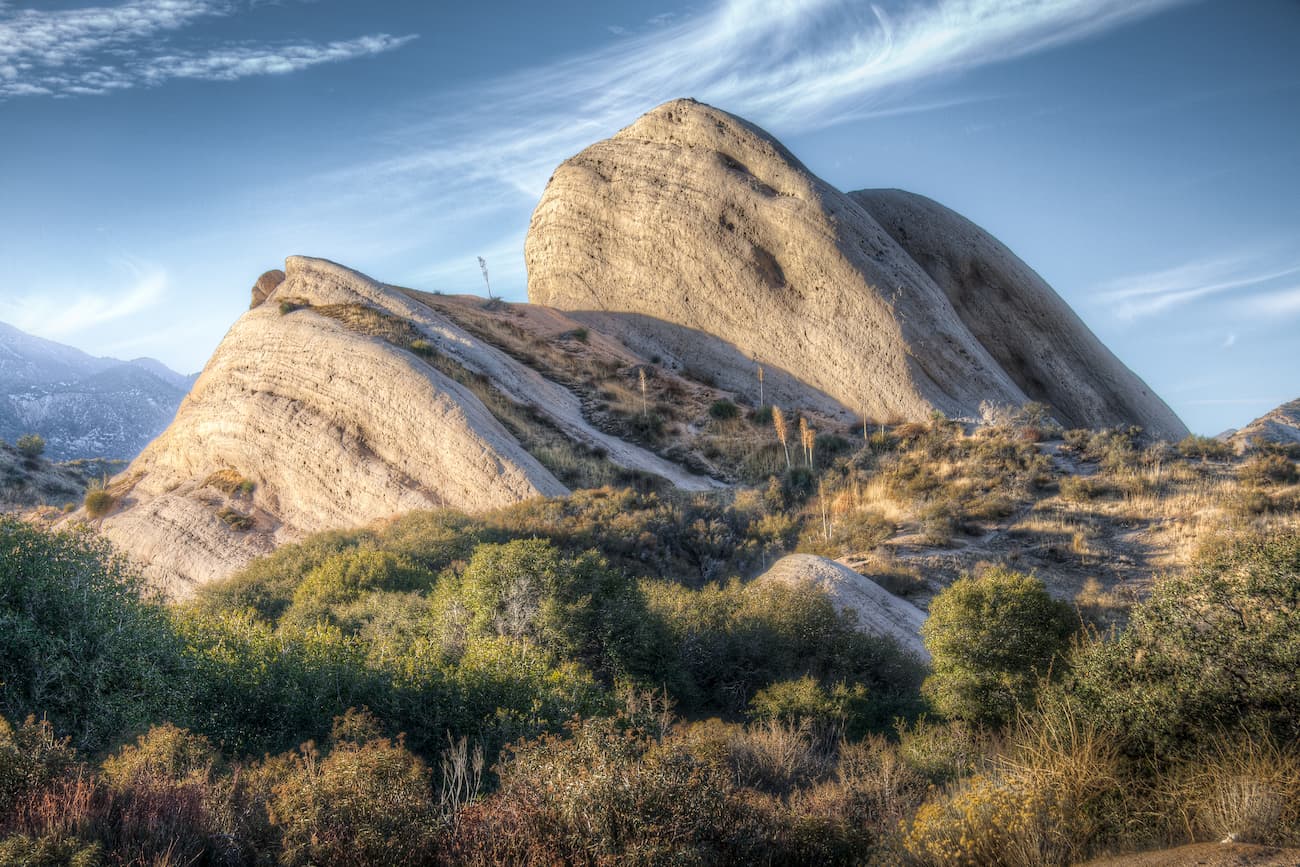 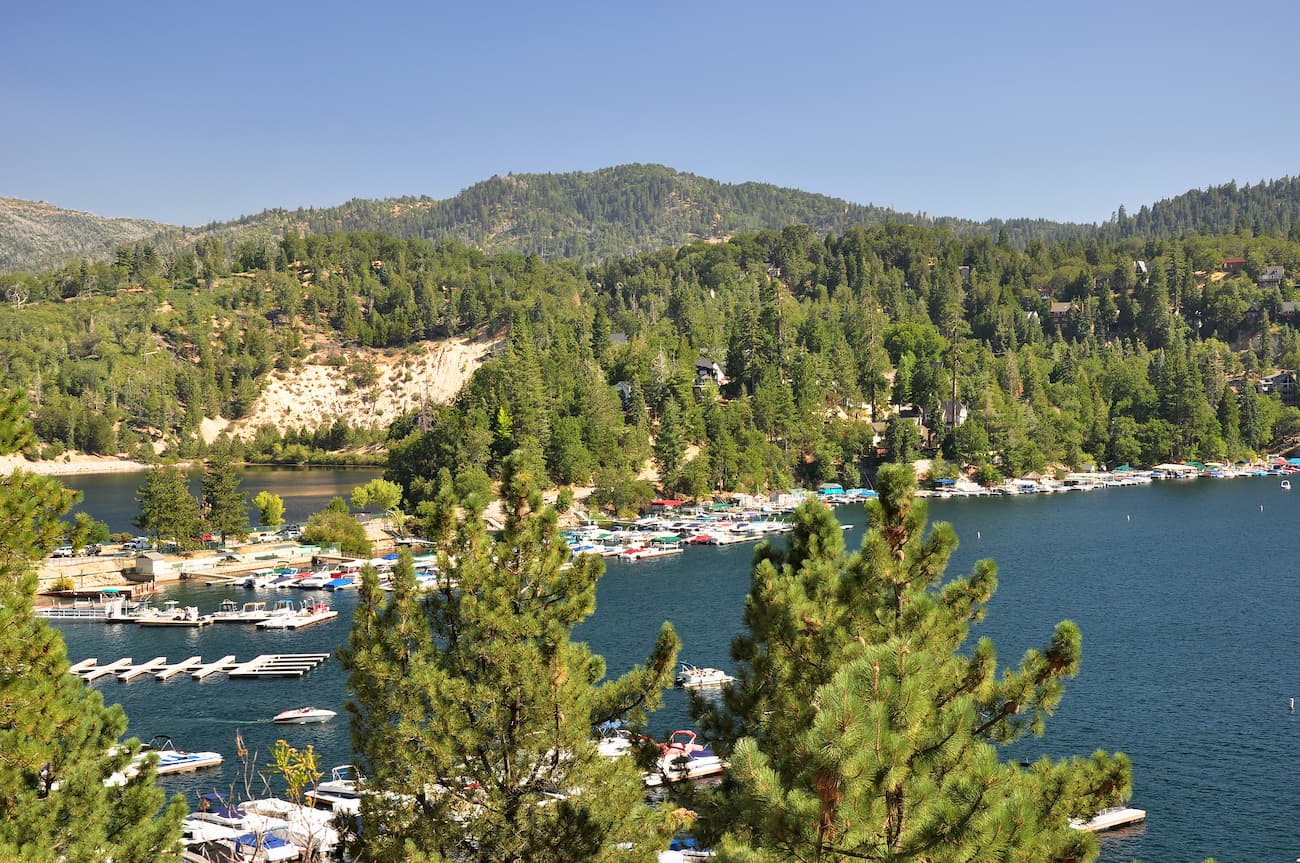 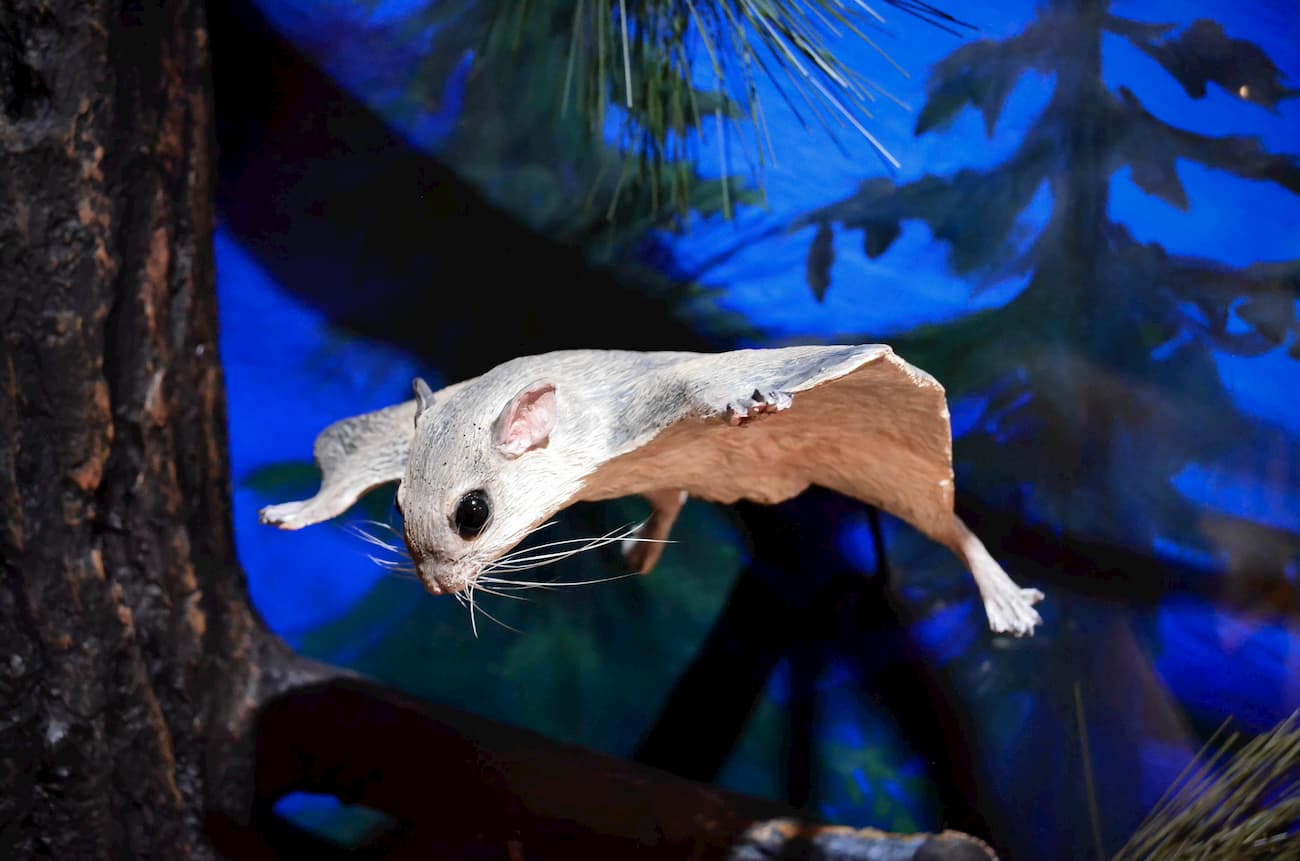 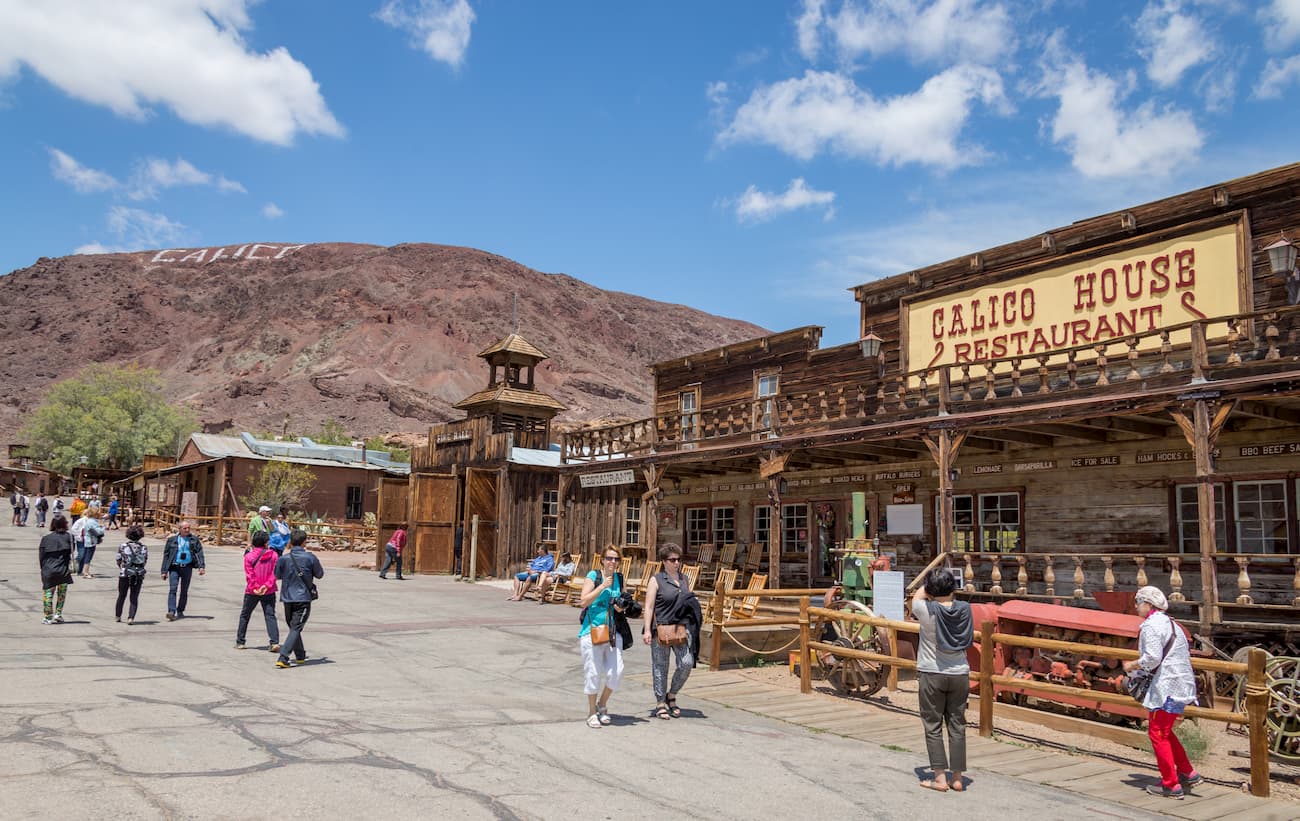 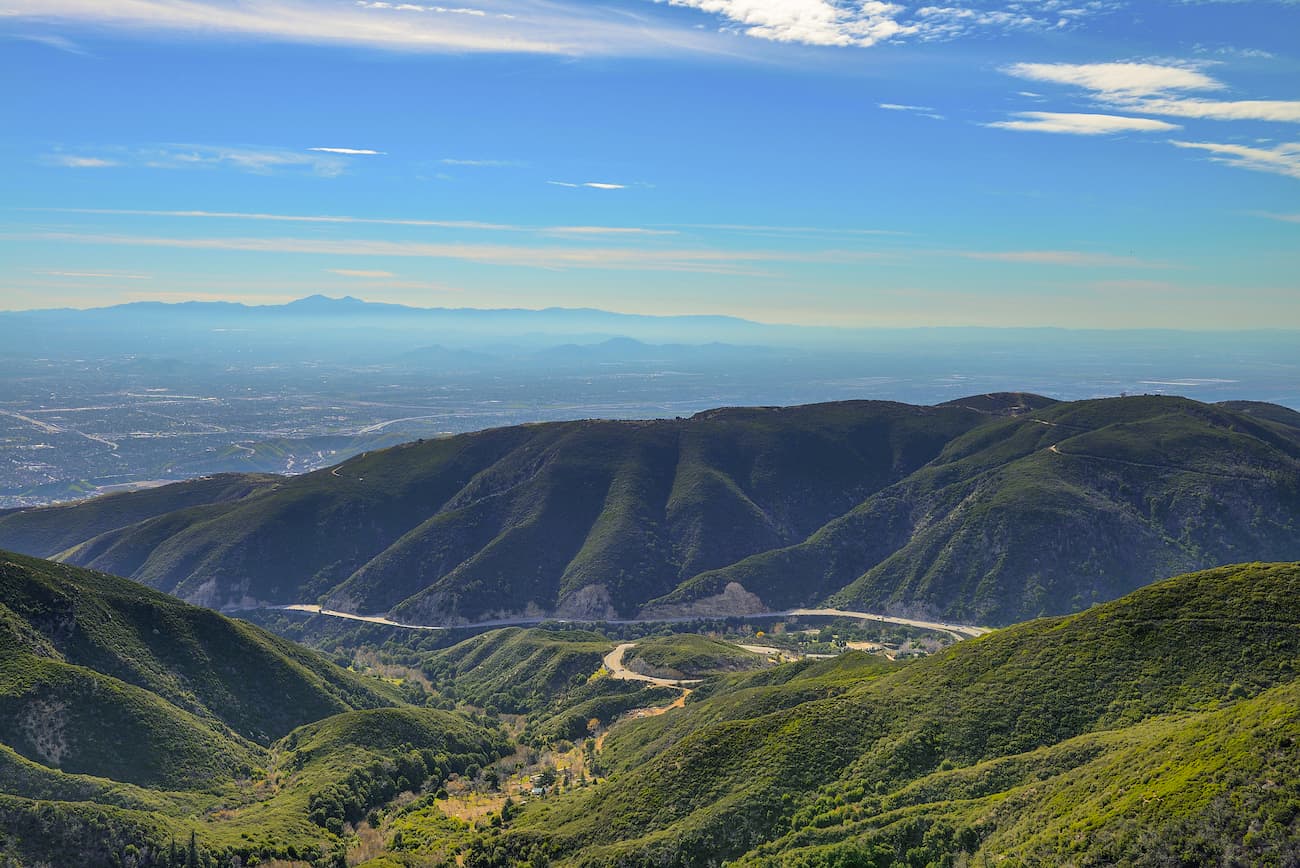 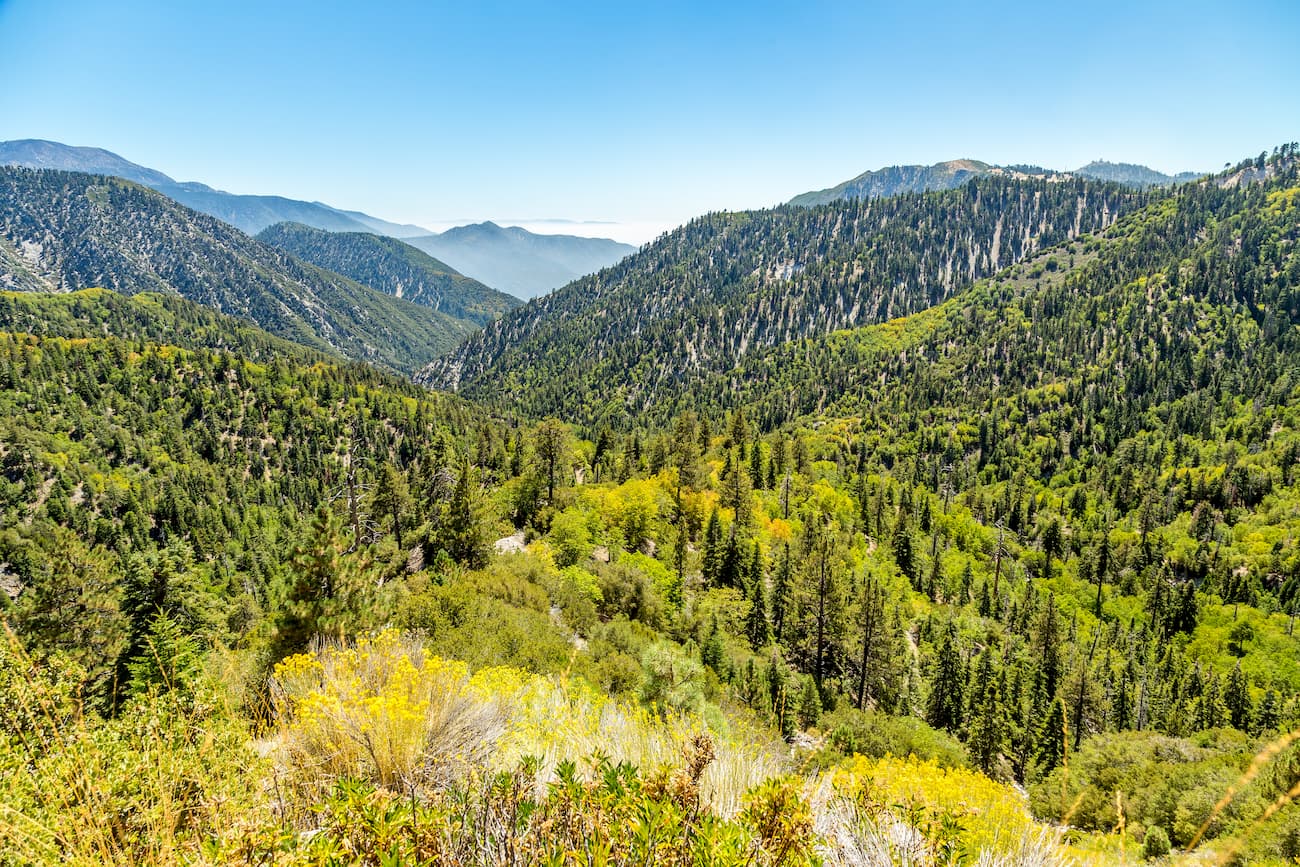