Nestled along the western edge of the Mojave Desert and on the eastern edge of the San Bernardino Mountains, the San Gorgonio Wilderness is a federally protected area in the southern part of the US state of California. The wilderness includes some 147.9 square miles (383.3 sq. km) of land and is home to 15 named peaks, the highest and most prominent of which is San Gorgonio Mountain (11,409ft/3,477.5m) - the highest peak in California that’s south of the Sierra Nevada. 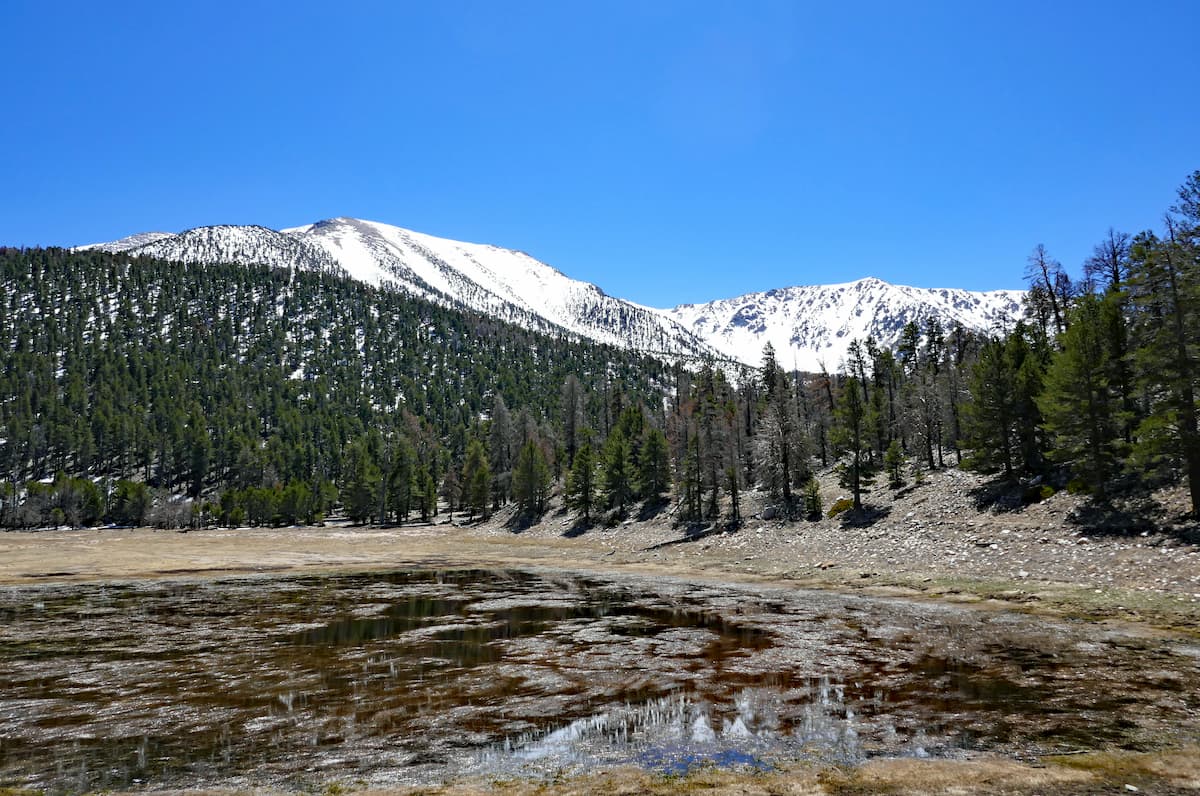 The San Gorgonio Wilderness has been a part of the Sand to Snow National Monument since the monument was officially established by President Barack Obama in 2016. The area is jointly managed by the Bureau of Land Management and by the San Bernardino National Forest, which is uncommon as many national monuments fall under the jurisdiction of the US National Park Service.

It is located within both San Bernardino and Riverside counties just west of the cities of Los Angeles and San Bernardino. San Gorgonio is located in an area with a significant amount of public land that’s within driving distance of some of the most populated cities in the United States.

The wilderness is located north of both the San Jacinto Wilderness and Mount San Jacinto State Park. It is west of Joshua Tree National Park and Sheephole Valley Wilderness Area. Meanwhile, Big Bear Lake and the Twentynine Palms Marine Corps Base are just north of the wilderness.

Located on the eastern slopes of the San Bernardino Mountains, the San Gorgonio Wilderness is home to rugged terrain, dense forests, and ample outdoor recreation opportunities. Geologically, the mountains in the wilderness are part of the greater California Ranges, which span much of the western edge of the southern part of the state.

These mountains formed as a result of the movement of both the North American and Pacific Plates along the large San Andreas Fault, which runs most of the length of California. The range as we know it today started to form during the Pleistocene, some two million years ago, but the rocks in the region are much older than the mountains. Indeed, some of the rocks within the San Gorgonio Wilderness and the San Bernardino Mountains range in age from 1.7 billion to 18 million years old.

Moreover, the San Gorgonio Wilderness is located along the westernmost edge of the Mojave Desert (Mohave: Hayikwiir Mat'aar). The Mojave is the driest desert in North America, which is a result of the rain shadow cast by mountain ranges further to the west, such as San Gabriel Mountains, the Santa Ana Mountains, and the Cuyamaca Mountains. Most of the bedrock in the Mojave is metamorphic in origin, the result of metamorphism to pre-existing sedimentary and igneous rocks.

The San Bernardino Mountains and, by extension, the San Gorgonio Wilderness are what’s known as a “sky island,” which is a mountainous region that has very different flora and fauna from the surrounding regions.

In particular, the San Bernardino Mountains are home to some of the most heavily forested regions in all of Southern California, which include Jeffrey pine, yellow pine, incense cedar, and several species of fir. At lower elevations, the region is dominated by both chaparral and evergreen oak woodlands before transitioning into the Mojave desert on the San Gorgonio Wilderness’ eastern edge.

As far as wildlife goes, there are about 440 species of animals that live in the San Bernardino Mountains and dozens of other species that live in the Mojave and foothill sections of the wilderness area. Some endangered species in the region include the San Bernardino flying squirrel, the mountain yellow-legged frog, the southern rubber boa, the California spotted owl, and Andrew’s marbled butterfly.

Additionally, there are quite a few black bears in the mountains today. However, these were actually imported from the Sierra in the 1930s to try and attract more visitors to the area.

The region that is now the San Gorgonio Wilderness, as well as the greater San Bernardino Mountains region has been home to humans for at least the last 12,000 years. A number of different groups inhabited the land, including the Tongva, Cahuilla, Serrano, and the Chemehuevi, among countless others.

By the 17th century, the Spanish sent a number of different groups to travel through southern California to claim the land. In 1769, the Spanish started a concerted effort to bring the region under their control by constructing missions to forcibly convert native people.

However, it wasn’t until a few years later, in 1772, that the first Europeans actually made it into the San Bernardino Mountains and the region that would become the San Gorgonio Wilderness. At that time, the governor of Alta California, Pedro Fages, took an army into the San Bernardino Mountains, the San Jacinto Mountains, the Mojave Desert, and the Central Valley in search of people who had deserted the military or the missions.

Over the next half-century or so, European activity in the region was dominated by the Spanish. They established San Bernardino de Sena Estancia near the region as an outpost of Mission San Gabriel Arcángel, which became yet another place where indigenous people were forced into labor or converting to Christianity.

That being said, the highest elevation part of the San Bernadinos and the San Gorgonio Wilderness wasn’t visited by Europeans or European-Americans until the late 1840s and 1850s. At this time, several ranchers, and, later, Mormon colonists, began emigrating to the region, particularly after California was ceded to the United States as a result of the Mexican American War.

The discovery of gold in 1860 in the mountains then drew flocks of prospectors to the region, though, eventually, the mineral wealth dried up after about two decades. Visitors to the area can still see plenty of evidence of this mining history.

By the mid-1920s, though, tens of thousands of people started visiting the mountains each year for outdoor recreation. Soon enough, conservations were concerned that increasing visitor rates would destroy the area, so they lobbied the then-supervisor of the Angeles National Forest to preserve the region as a wilderness.

Following this designation, there were multiple proposed plans to develop the region as a ski area, though they all failed as a result of public outcry and a desire to create more wilderness areas in Southern California. However, the region didn’t get official federal protection until the passing of the 1964 Wilderness Act formally created the San Gorgonio Wilderness.

In 2016, President Obama included a section of the San Gorgonio Wilderness within the newly-designated Sand to Snow National Monument, which was the result of a 20-year project to protect a large swath of land in Southern California from future development.

The San Gorgonio Wilderness is home to over 100 miles (160km) of hiking trails, which offer excellent recreation opportunities. Free wilderness permits are required of all overnight visitors to the area and are highly recommended for day hikers, too. Here are some of the most popular hikes in the region:

The hike to the summit of San Bernardino Peak starts from the Camp Angelus Fire Station and continues onward for a 16 miles (25km) roundtrip journey into the mountains. There are a number of good campsites along the way, in addition to some reliable water sources.

The trail is lightly traveled, so it is a good option for people looking for solitude. From the summit, the trail also offers fantastic views of the surrounding region, including of Big Bear Lake, San Jacinto Peak, and San Gorgonio Mountain.

This short, 3.8 mile (6.1km) trail takes visitors from a service road off of Highway 38 into one of the last remaining groves of quaking Aspens in the region. In fact, there is just one other grove in the state of California outside the Sierra Nevada, so this is a great hike for anyone looking for a bit of shade on a hot day.

Here are some of the best places to stay before or after your trip into the San Gorgonio Wilderness:

San Bernardino is located just to the west of the San Gorgonio Wilderness. With a population of over 215,000 people, it is the largest city near the wilderness and is second in size to only nearby Riverside within California’s Inland Empire.

The city is less than an hour’s drive from the wilderness, so it is close enough for day trips into the mountains. It is easy to get to by road as a number of freeways, including I-10, pass through the city. There is also regular train service into the city along Amtrak’s Southwest Chief line.

Los Angeles is the largest city in California with a population of nearly 4 million people, which makes it second only New York City for the title of most populous city in the USA. The city is located about an hour and a half by car from the San Gorgonio Wilderness, though it’s best to budget a bit more driving time, thanks to LA’s infamous traffic.

Los Angeles is one of the best-connected cities in California, thanks to its intricate network of freeways, including I-5 and US Route 101. Amtrak also runs intercity passenger trains that connect LA to other major metropolises in California. Finally, Los Angeles has a number of major international and regional airports, including LAX, Hollywood Burbank, Ontario, Long Beach, and John Wayne.

San Diego is located about two and a half hours south of the San Gorgonio Wilderness near California’s border with Mexico. It is the second-largest city in California with a population of 1.4 million people. San Diego is easy to get to by road on I-5 or I-15 and has both regular train and air service to major transportation hubs around the country. 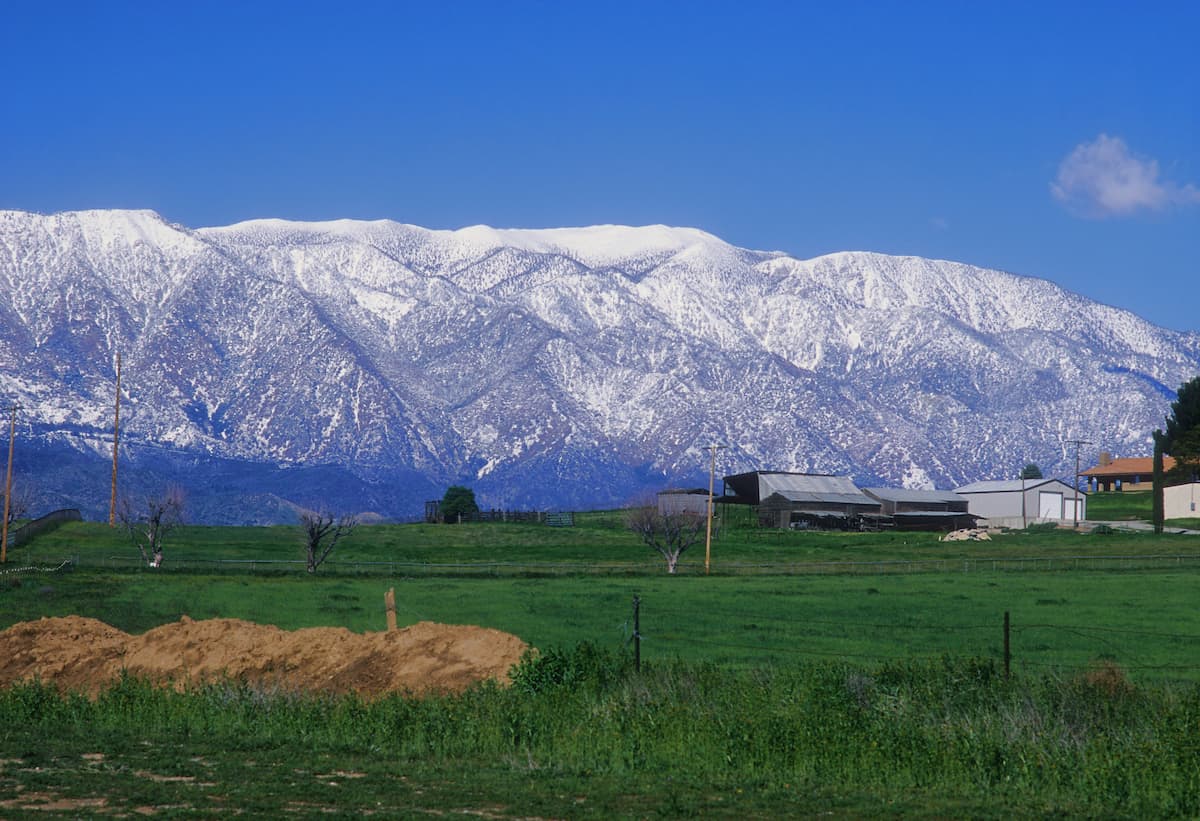 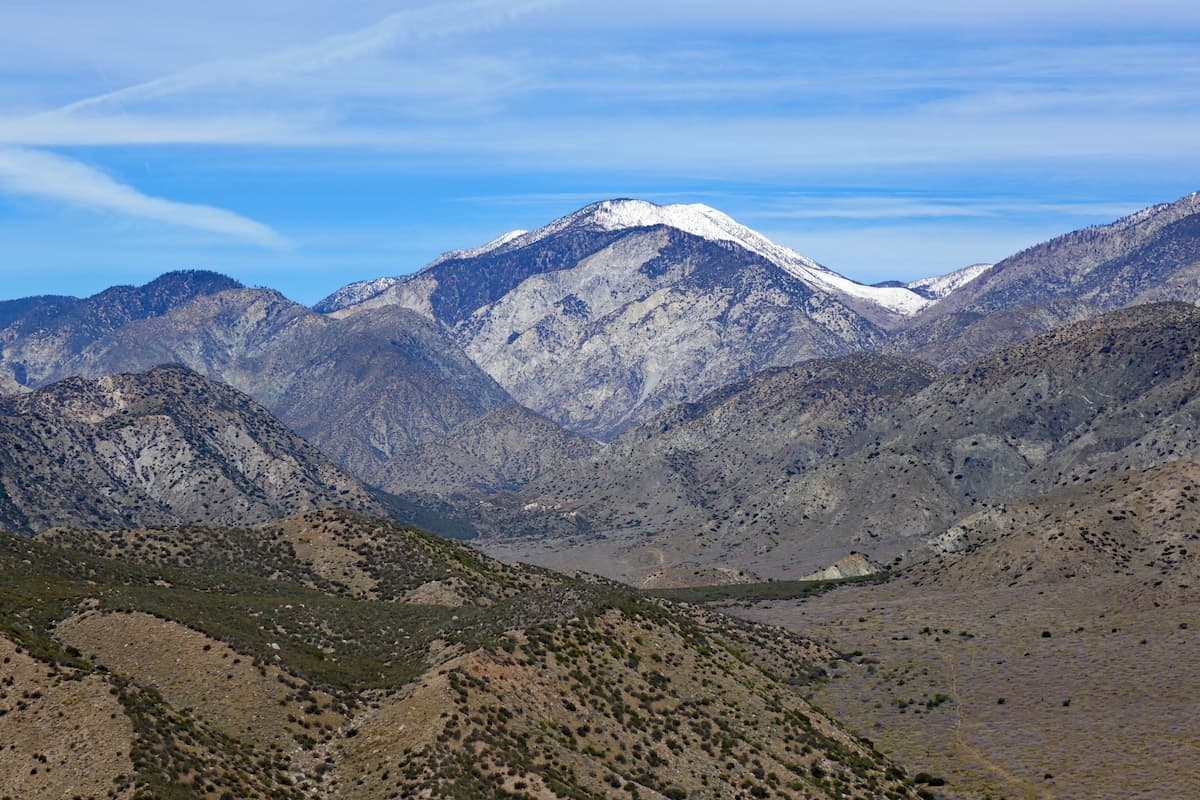 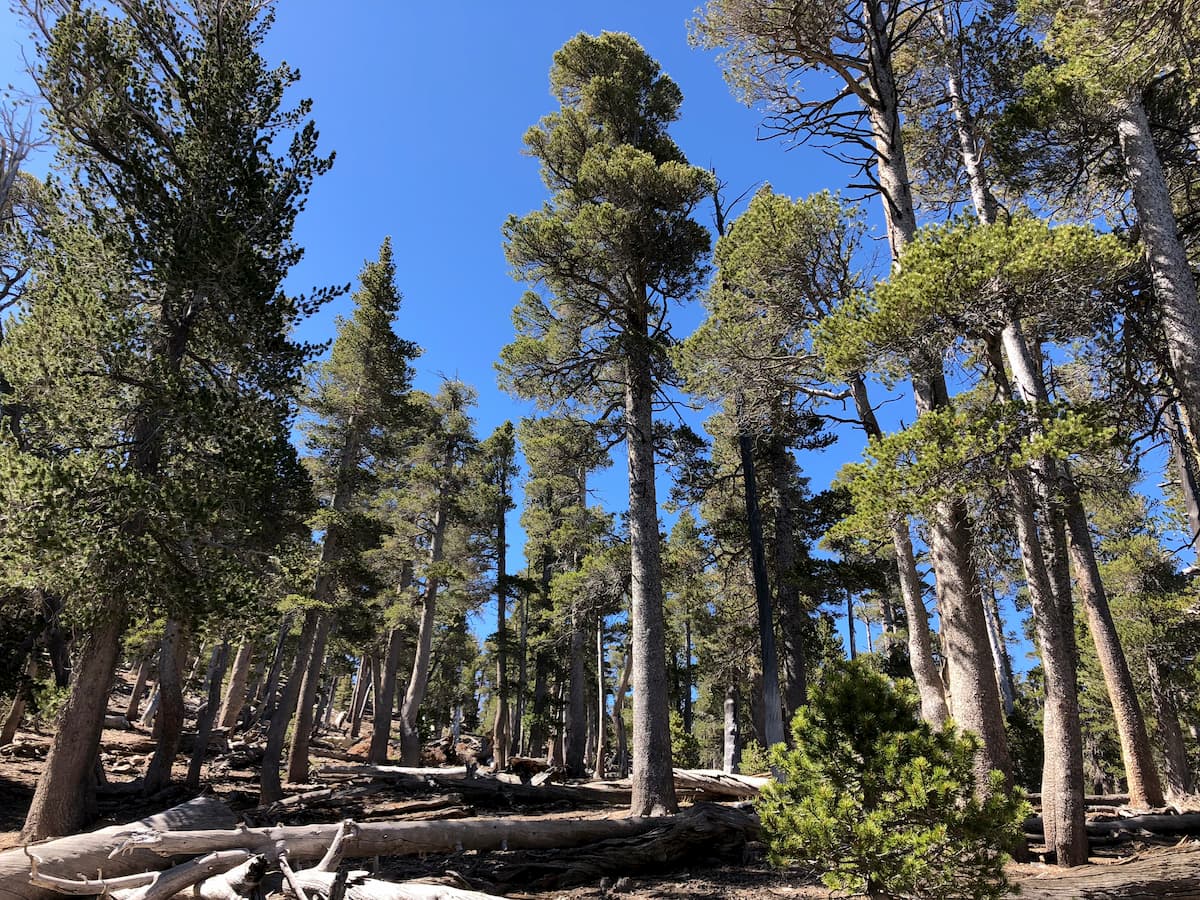 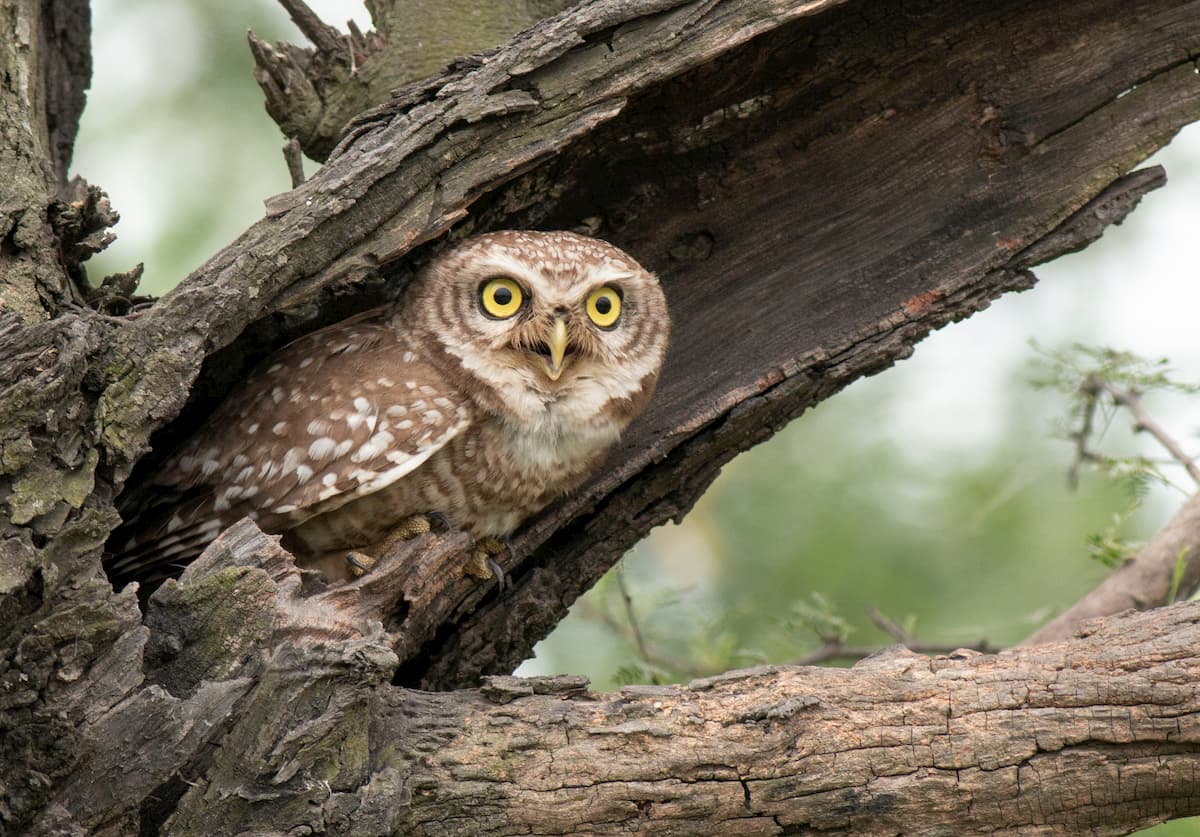 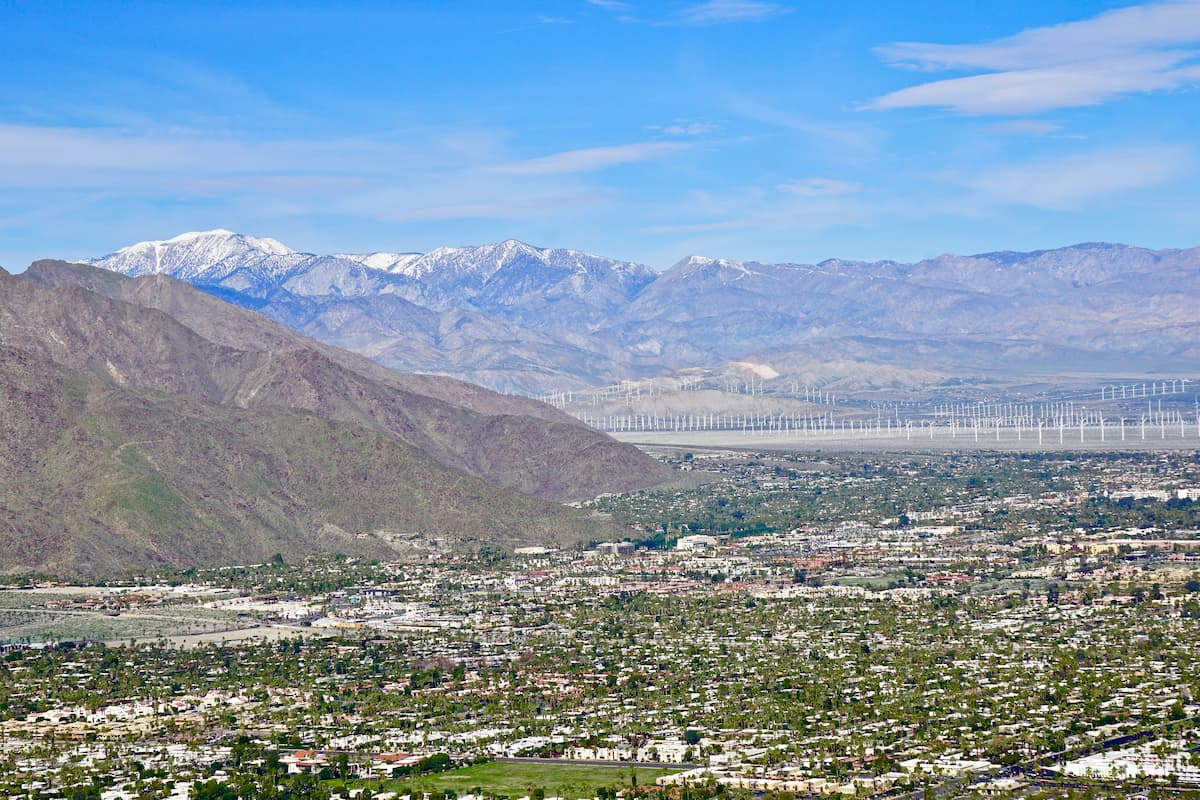 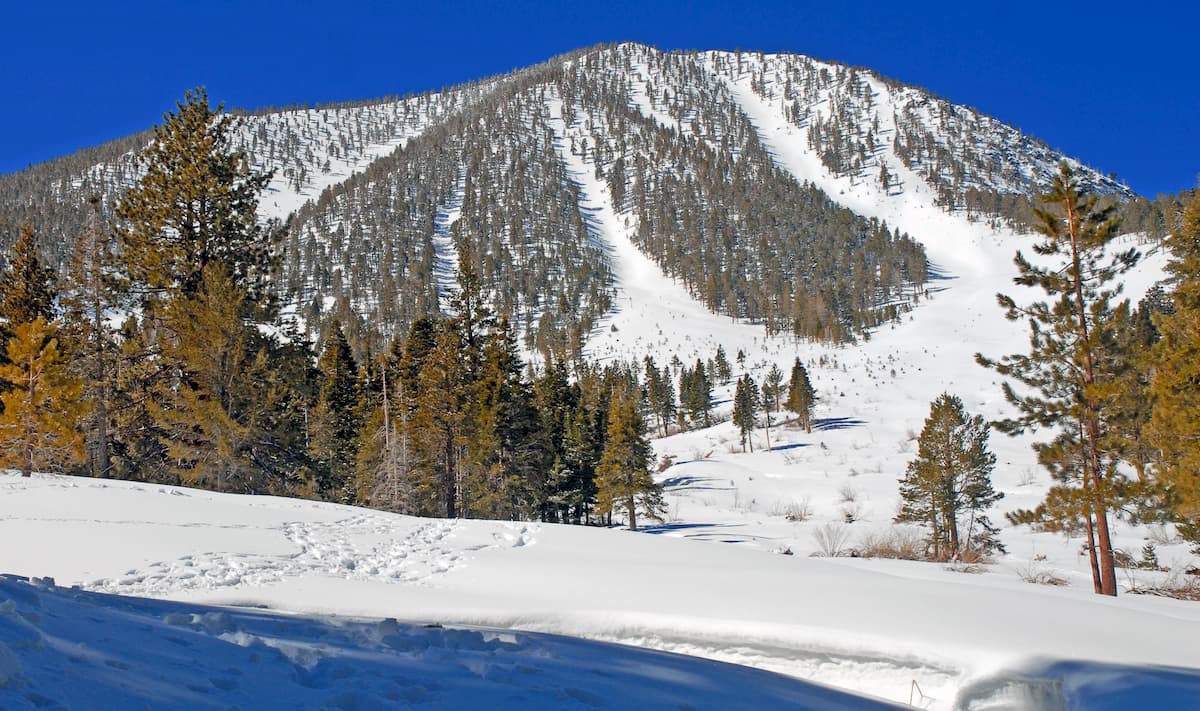 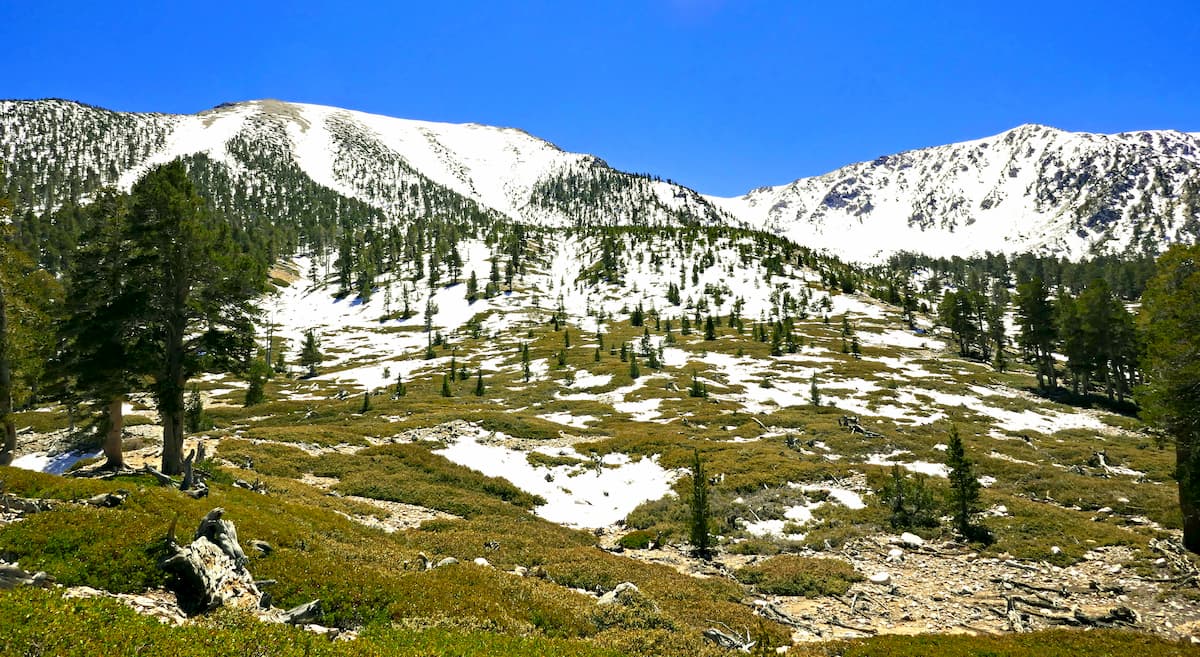