The Mount San Jacinto State Wilderness is a small wilderness area located within the San Jacinto Mountains of the southern part of the US state of California. It is home to 9 named mountains, the highest and most prominent of which is San Jacinto Peak (10,787ft/3,228m).

The wilderness is located in the heart of the San Jacinto Mountains, which stretch from the southern terminus of the San Bernardino Mountains to the northern edge of the Santa Rosa Mountains in Riverside County.

Both the state wilderness and the state park are situated around San Jacinto Peak and its many recreational opportunities. Other major summits in the wilderness include Jean Peak, Folly Peak, Miller Peak, and Marion Mountain.

The mountains in Mount San Jacinto State Wilderness are part of the California Ranges, which cover a massive swath of land in southern and central California. The mountains themselves are mostly granitic and are located between two major faults.

However, while there are some older deposits of sediment in the park, most of the region is an extension of the granitic California Batholith, which formed during the mid-Cretaceous Period some 120-90 million years ago.

To the west of the range is the San Jacinto Fault while the San Andreas Fault forms the mountains’ eastern border. However, while the region is quite seismically active, there hasn’t been a major quake in or around the wilderness in over 2 centuries.

The northern part of the park and the wilderness are home to one of the steepest escarpments on the continent, as the mountains descend dramatically from their lofty height to the San Gorgonio Pass some 2 vertical miles below.

The Mount San Jacinto State Wilderness is unique for southern California. It is highly mountainous with alpine regions that are more similar to what you’d find in the Sierra Nevada than in the nearby Mojave Desert. It is also home to montane wet valleys and beautiful alpine meadows that offer great views of the valley floor below.

Indeed, the region can be considered a “sky island” because it contains drastically different ecosystems than the surrounding areas. Within the wilderness, there are multiple different vegetation types, including grassland, chaparral, canyon live oak, Coulter pine forest, mixed conifer forests, subalpine forests, and Jeffrey pine forests.

There is also an abundance of wildlife within the wilderness, including coyotes, mule deer, bobcats, lizards, bats, ring-tailed cats, and golden eagles. The wilderness is also home to some threatened species, including the southern rubber boa and the mountain yellow-legged frog.

Humans have lived in the region that is now the Mount San Jacinto State Wilderness for over 9,000 years. The Cahuilla people and their ancestors consider the region to be sacred and part of their ancestral homelands.

Other groups, such as the Luiseño (Payómkawichum), Serrano, and Chemehuevi, also lived in the surrounding area and likely traveled into the range, particularly to escape the summertime heat of the desert.

Juan Bautista de Anza was perhaps the first European to come into contact with the Cahuilla people and the San Jacinto Mountains in 1774 during his expeditions through California. Soon after, many of the Cahuilla were forced into baptisms and labor at the missions in San Diego, San Luis Rey, and San Gabriel. They were further forced off of their land and onto reservations in the late 1800s.

Before the park and wilderness were established in 1937, the region was managed by the US Forest Service as the “San Jacinto Wilderness Area.” After its designation as a California State Park, the Civilian Conservation Corps (CCC) were instrumental in developing many of the park’s buildings, structures, and roads, the majority of which are outside of the protected wilderness area.

Interestingly, the park was nearly closed in 2008 during California’s budget and debt crisis. Although it was proposed for closure by then-Governor Arnold Schwarzenegger, the Mount San Jacinto State Park and Wilderness managed to evade this fate and continues to welcome in hundreds of thousands of visitors each year.

The Mount San Jacinto State Wilderness contains a network of trails that start both within the wilderness and in the adjacent San Bernardino National Forest. Here are some of the most popular hiking options:

The Round Valley Trail is a scenic hiking loop that takes visitors around the flatter slopes at the base of Marion Mountain, Jean Peak, and Cornell Peak. It is a moderate trail that covers some 4.3 miles (6.9km) and offers good access to other nearby hikes and peaks. This trail is best accessed from the Palm Springs Aerial Tramway and wilderness permits are required of all visitors.

The Pacific Crest Trail travels through the Mount San Jacinto State Wilderness on its way from Mexico to Canada. From the south, the PCT can be reached by a trailhead off of Forest Road 5S11 in San Bernardino National Forest, which then takes you past the base of the famous Tahquitz Peak.

From there, the trail passes by the Devil’s Slide Trail, which is another good access point for the PCT at Saddle Junction. Moving further north, it intersects the Deer Springs Trail at the campsites at Strawberry Junction. Then, it heads north and exits the state park near Castle Rocks.

There are a few good places to stay before or after your trip into Mount San Jacinto State Wilderness. Here are your options:

The towns of Idyllwild, Pine Cove, and Fern Valley are located in the heart of the San Jacinto Mountains. They are a well-known outdoor recreation destination and second home location, but they also have about 3,800 residents between them.

These towns are perhaps the best place to start your journey if you’re looking to get as close to the wilderness as possible. The only way to get to the towns, however, is by road on Route 74 or 243, which can be accessed from I-10.

Palm Springs is a city of over 44,000 people located in Coachella Valley just to the east of the Mount San Jacinto State Wilderness. It is a popular resort destination and is easy to get to by road, air, bus, or train.

The city is also home to the Palm Springs Aerial Tramway, which is the largest rotating aerial tram in the world. The tram takes twelve and a half minutes and brings visitors from the city up into the eastern edge of the wilderness, making it an excellent way to access the mountains if you’re staying in Palm Springs. 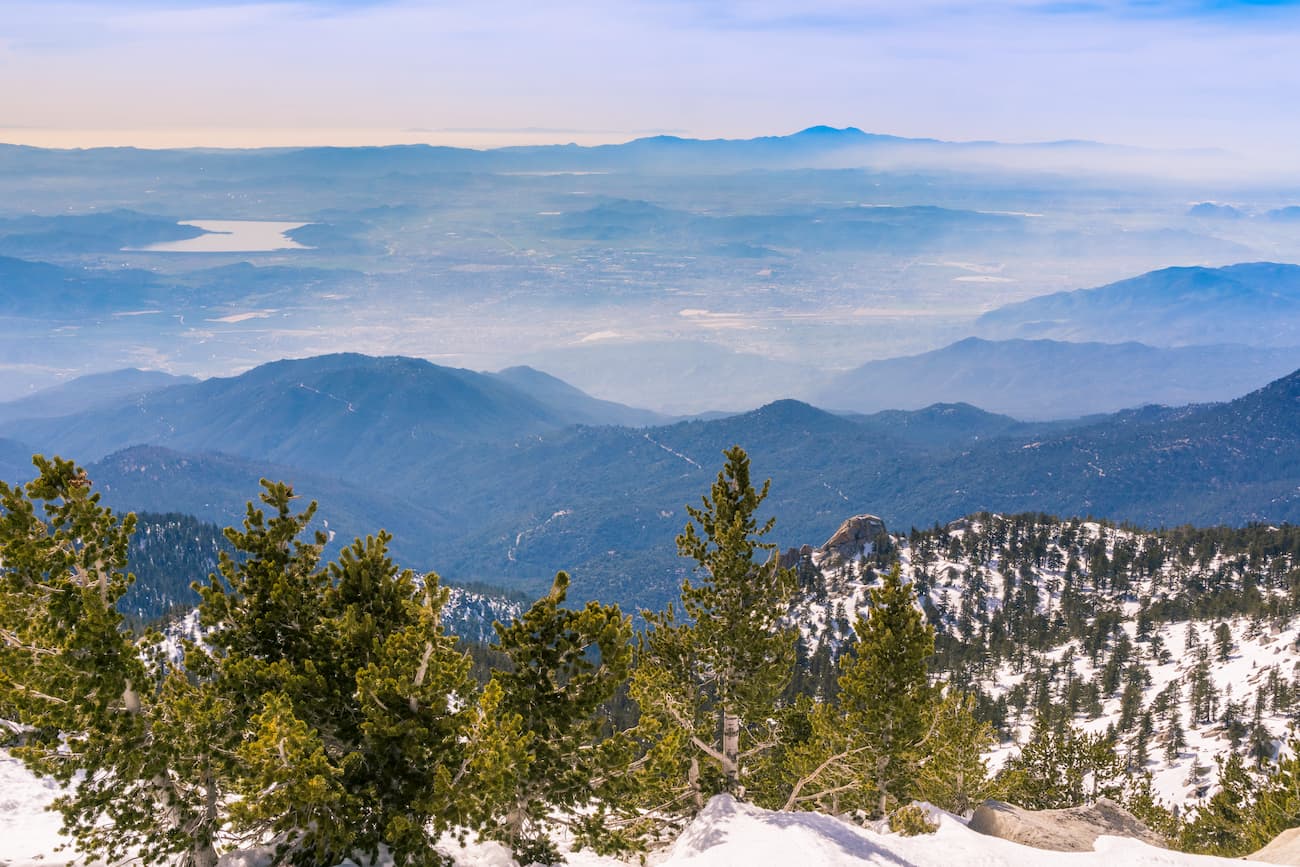 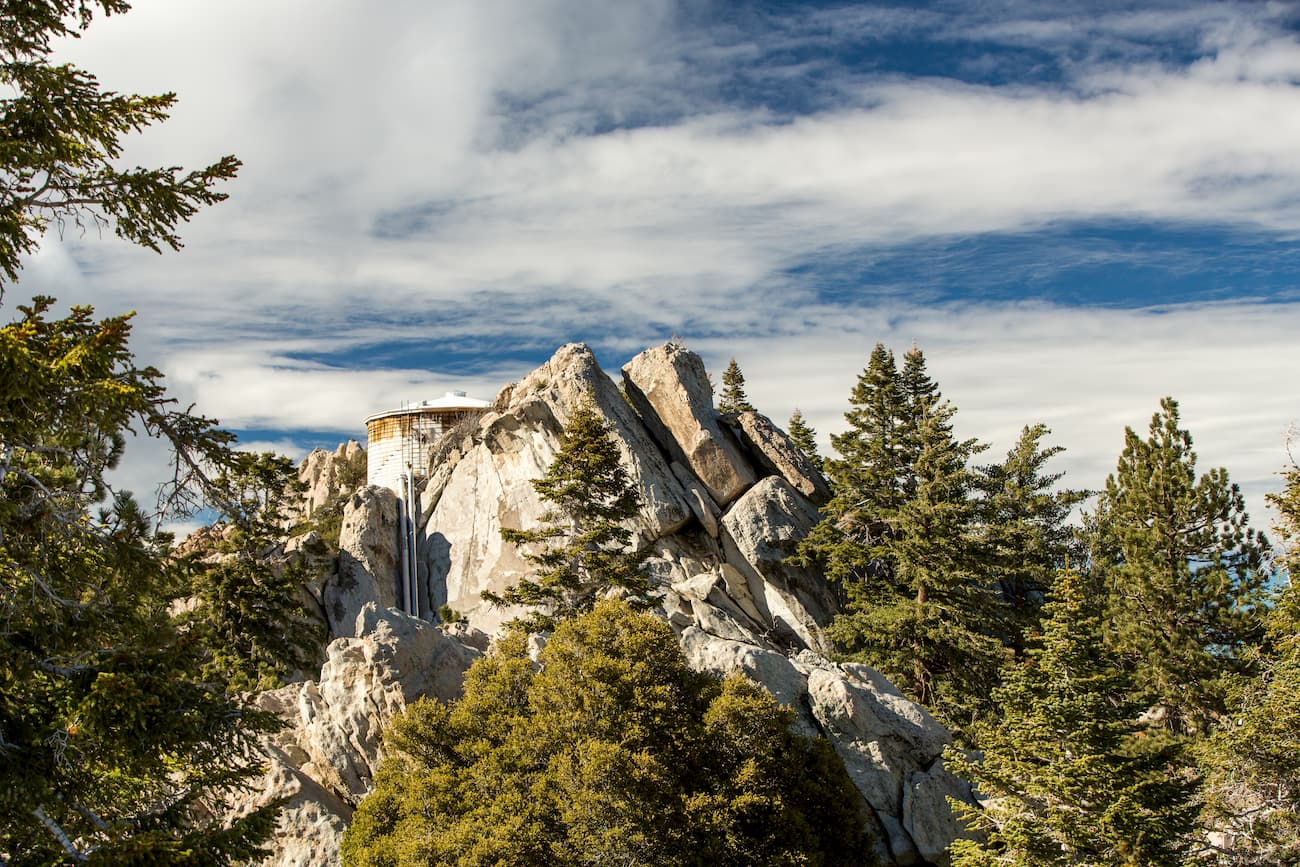 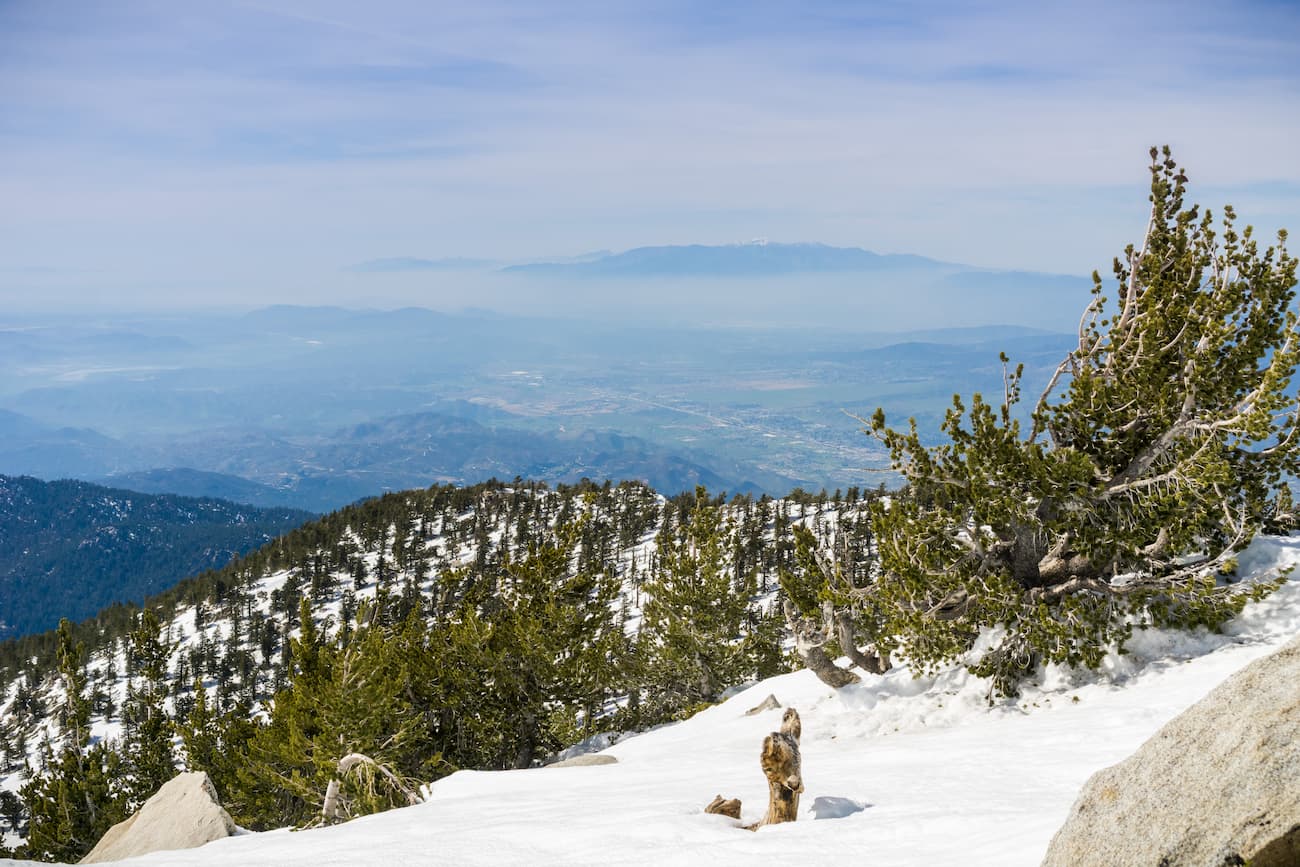 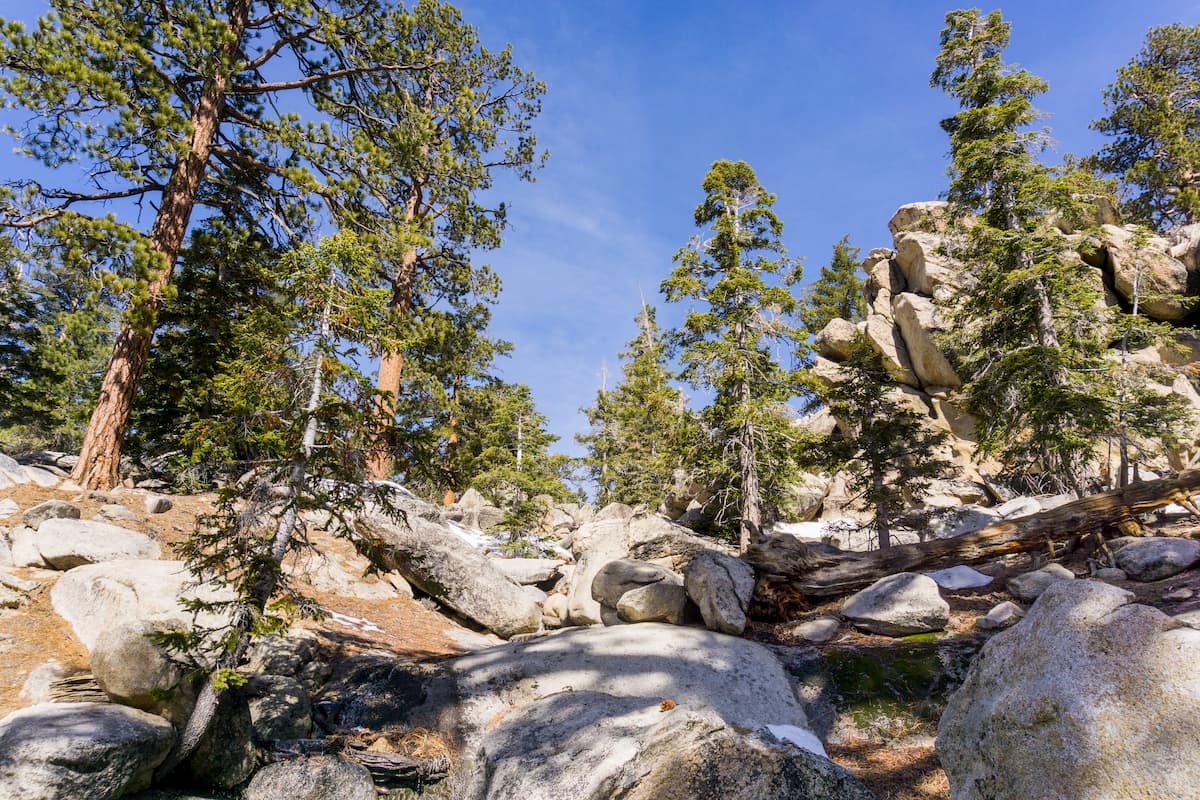 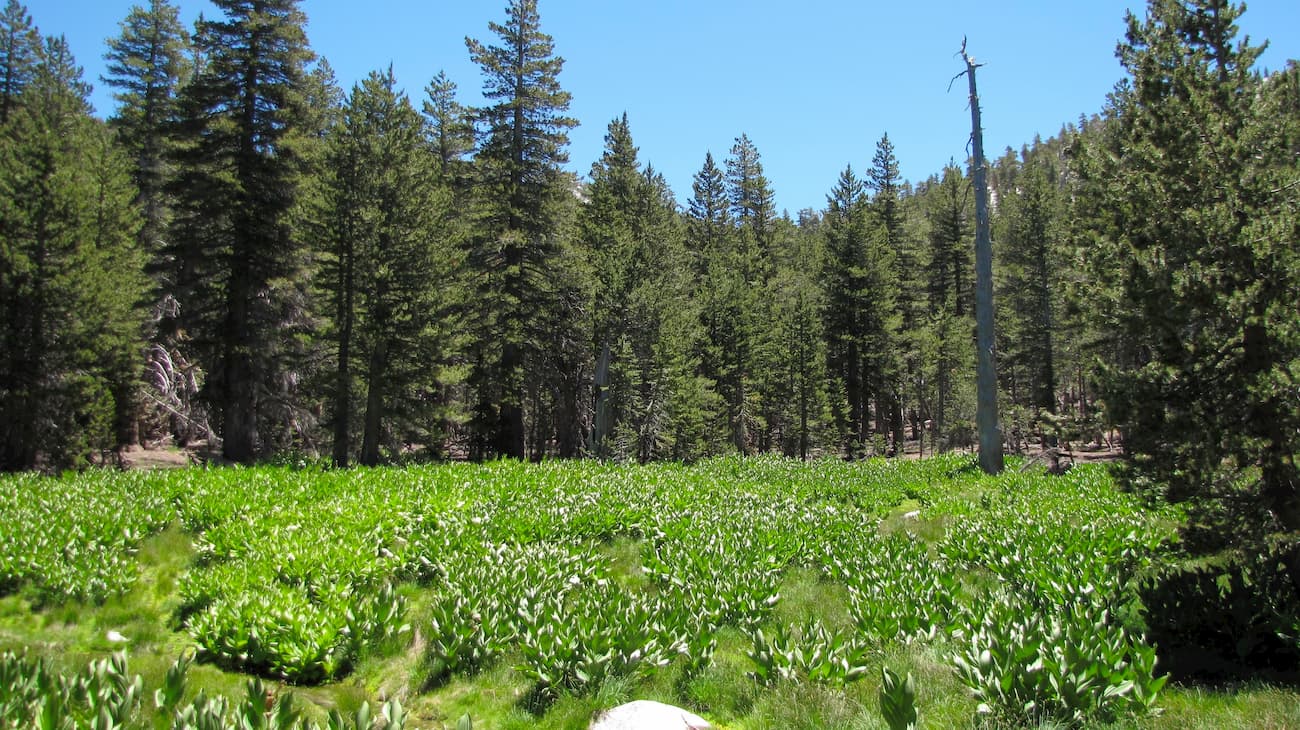 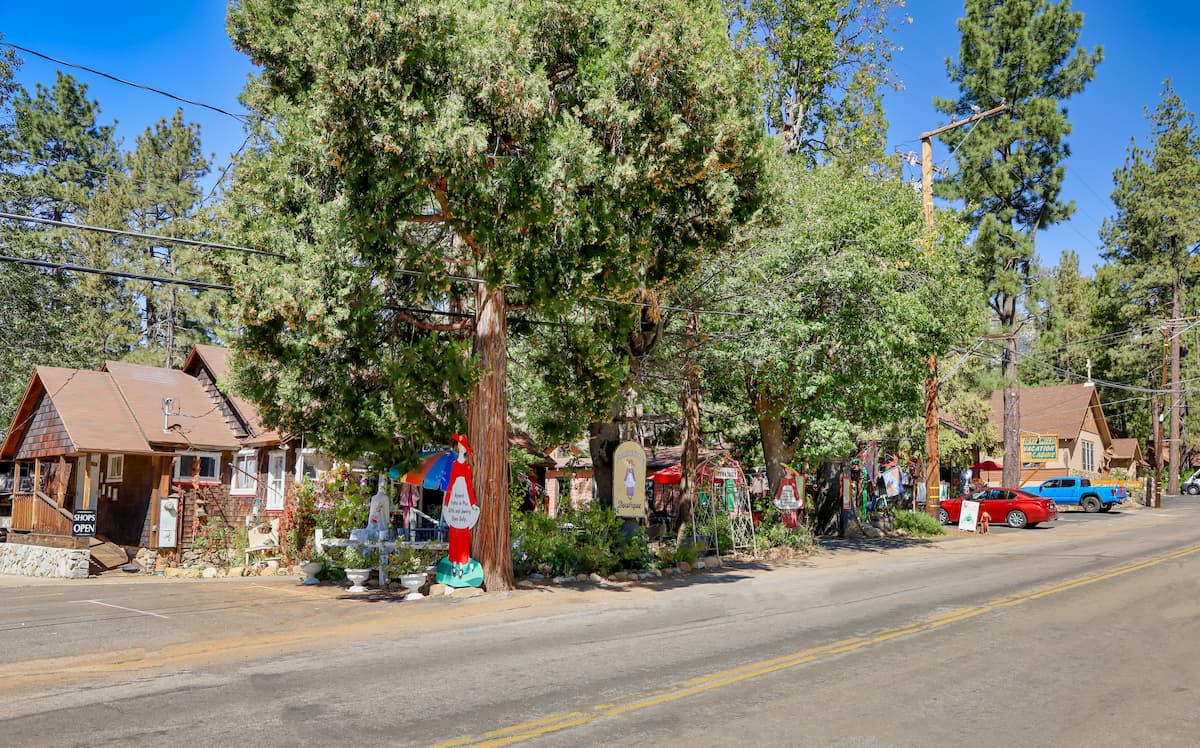