The Phillip Burton Wilderness Area is a rugged area of federally protected land that’s known for its unique mix of flora and fauna. Located on the western edge of Point Reyes in the north-central part of the US state of California, the Phillip Burton Wilderness Area contains 33,373 acres (13,505 ha) of land and two named peaks, Mount Wittenberg (1,411/429m) and Pablo Point (948ft/288m). 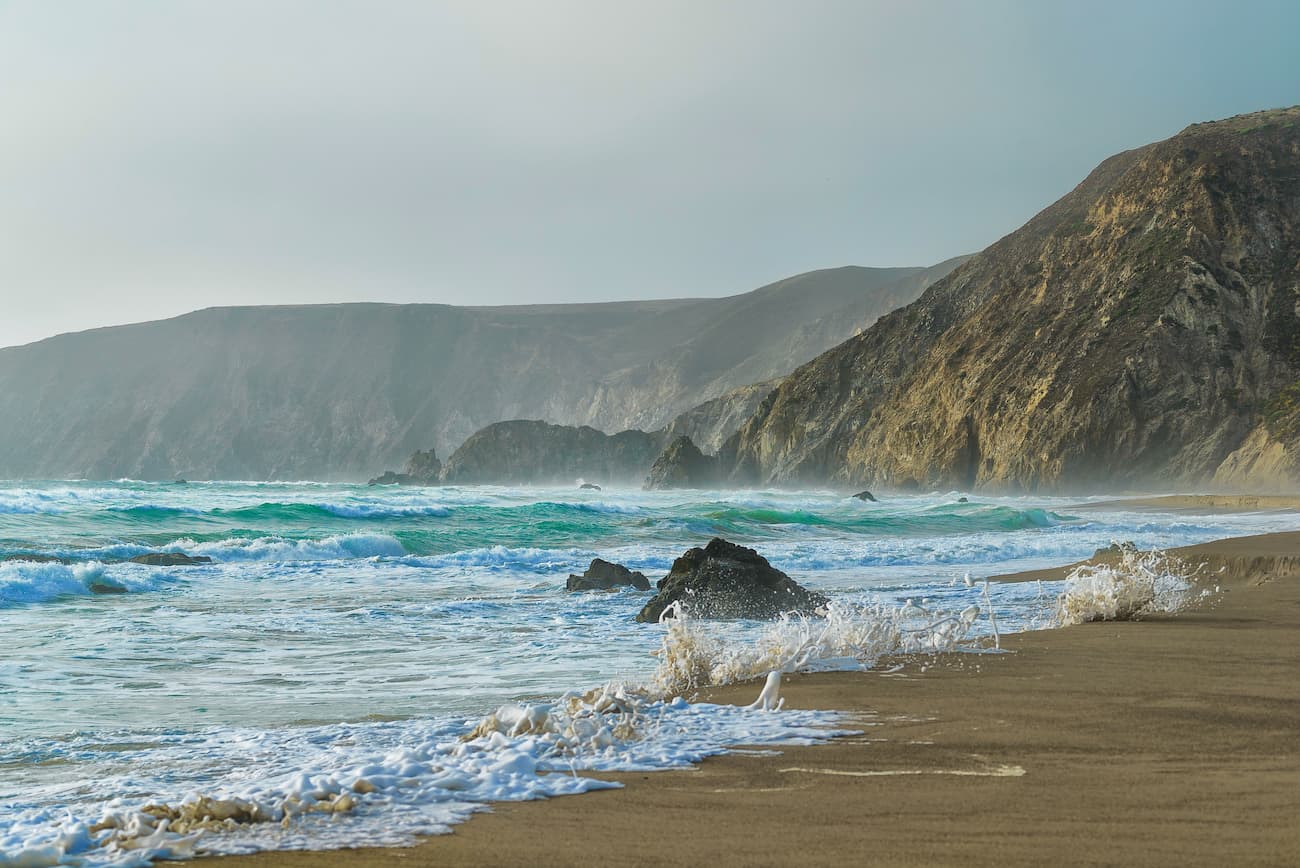 The wilderness area is wholly contained within Marin County, in the northern part of the San Francisco Bay Area. It is part of the Point Reyes National Seashore, which runs the length of the headland of Point Reyes from Tomales Bay to Bolinas Lagoon, and is managed by the US National Park Service.

The Phillip Burton Wilderness is to the west of the Mount Tamalpais Watershed and is sandwiched along the Pacific Coast. It is one of just three wilderness areas along the coast of California, the others being the Rocks and Islands Wilderness of the California Coastal National Monument and the King Range Wilderness Area to the north. The wilderness is also located to the east of the Greater Farallones National Marine Sanctuary.

Geologically, the mountains in the Phillip Burton Wilderness area and in Point Reyes, as a whole, are part of the Northwest US Coast Ranges. Point Reyes is actually a piece of the Salinian Block, which is the entire geologic terrain that’s located to the west of the San Andreas Fault.

The point was transported to the north by the movement of the San Andreas Fault, having originated near the Tehachapi Mountains some 350 miles (563km) to the south near Bakersfield. Due to the point’s unique origins, it is actually mostly made of granites, unlike the rest of Marin County which is predominately greywackes, shales, limestones, and other sedimentary and metasedimentary rocks from the Franciscan Complex.

The Phillip Burton Wilderness is known for its ecological diversity. The point is part of the California interior chaparral and woodlands ecoregion, which is dominated by coastal Douglas-firs, tanoak, and coast live oak.

However, one of the most iconic features of the wilderness is the bishop pine (Pinus muricata), which is found only in coastal regions. They can be up to 100 feet (30m) tall and actually exist in two subspecies - a northern and southern variety.

Other rare plants found within the Phillip Burton Wilderness include the Sonoma shortawn foxtail, the Monterey cypress, and the yellow larkspur (Delphinium lutem), the latter of which is extremely poisonous, so look, but don’t touch!

Additionally, the region is home to a sizable group of Tule elk, which used to roam freely in huge herds around California before they were hunted to near extinction. Other wildlife includes the northern elephant seal, the Myrtle’s silverspot butterfly, black bears, and harbor seals. If you’re lucky you may even see the blows of some grey whales out in the distance during your trip.

The Coast Miwok and their ancestors lived on Point Reyes and in the surrounding region for thousands of years before the arrival of the Europeans. They created hundreds of encampments in the area and subsisted off of a variety of seafood, as well as what they hunted and gathered from the land.

Juan Rodríguez Cabrillo, an Iberian sailor, was the first European to see the area that he named “Cabo de Pinos” in 1542, but he missed the entrance to San Francisco Bay and did not land in the area. Over half a century later, Sebastián Vizcaíno, another Spaniard, anchored his ship in Drakes Bay, just south of the peninsula in 1603.

However, it wasn’t until Sir Francis Drake’s expedition landed in the area in 1579 that Europeans landed in the region. Rumors of Drake’s success in finding a safe harbor along the rugged California Coast quickly spread amongst other sailors.

After Gaspar de Portolá’s overland expedition in the early 1770s, which saw, but did not visit Point Reyes, the Spanish realized that they needed to occupy and fortify the region to prevent the British, Russians, and French from establishing themselves in the area.

As a result, Spain started creating more missions in the Bay area, starting with Mission San Rafael Arcángel. The establishment of this mission led to the death of many of the Coast Miwok who did not have any immunity to introduced European illnesses. Many of the Coast Miwok were also forced into labor or baptisms at the mission.

Over the years, a few different small towns were established on or near Point Reyes, including Inverness, Point Reyes Station, Olema, and Bolinas. The Point Reyes Lighthouse was established in 1870 to guide seafarers around the region’s windy and foggy seas.

However, as numerous developers and loggers started to occupy the region, the National Park Service lobbied hard to gain control of Point Reyes. They were finally successful when Congress passed a bill in 1962 to establish the Point Reyes National Seashore and to permanently protect the region from further development.

The Phillip Burton Wilderness is home to over 100 miles (160 km) of hiking trails. All backpacking trips in the wilderness require a permit that must be reserved in advance, so be sure to plan ahead.

Here are some of the most popular hiking destinations in the Wilderness:

This 5 mile (8km) long trail climbs up to the tallest park in the wilderness, Mount Wittenberg. It offers some occasional views of the surrounding area and takes hikers through a dense Douglas fir and oak forest. The trail can be connected with either the Meadow or the Sky Trail, which offer good views of the region on a sunny day.

The Bear Valley Trail is one of the most popular hiking paths in the park. It covers 8.2 miles (13.1km) of terrain and offers a nice walk through a Douglas fir forest. While the trail does connect to the Arch Rock overlook, as of 2020, the overlook is closed due to the collapse of the arch and coastal erosion.

These are some of the best places to stay before and after your trip to the Phillip Burton Wilderness:

Point Reyes Station is a small town of just 350 people located near the entrance to Point Reyes National Seashore and the Phillip Burton Wilderness. The town is located along State Route 1 and is considered a gateway to the park, thanks to its hotels and restaurants. Visitors in the area can also opt to stay in nearby Inverness, located along the eastern edge of the park.

Mill Valley is a city of nearly 14,000 people located to the east of Point Reyes, just north of the Golden Gate Bridge. It is known for its proximity to Mount Tamalpais and its redwood forests in Muir Woods National Monument, which is just outside city limits. The city is easy to get to from San Francisco Airport and offers excellent access to the Phillip Burton Wilderness Area.

San Francisco is the fourth largest city in California, with a population of over 880,000 residents. It is a cultural and economic center of the region and is known for having the highest salaries and median rent prices in the world. San Francisco is well connected by road and train. It also has a major international airport and is within driving distance of other major airports in Oakland and San Jose. 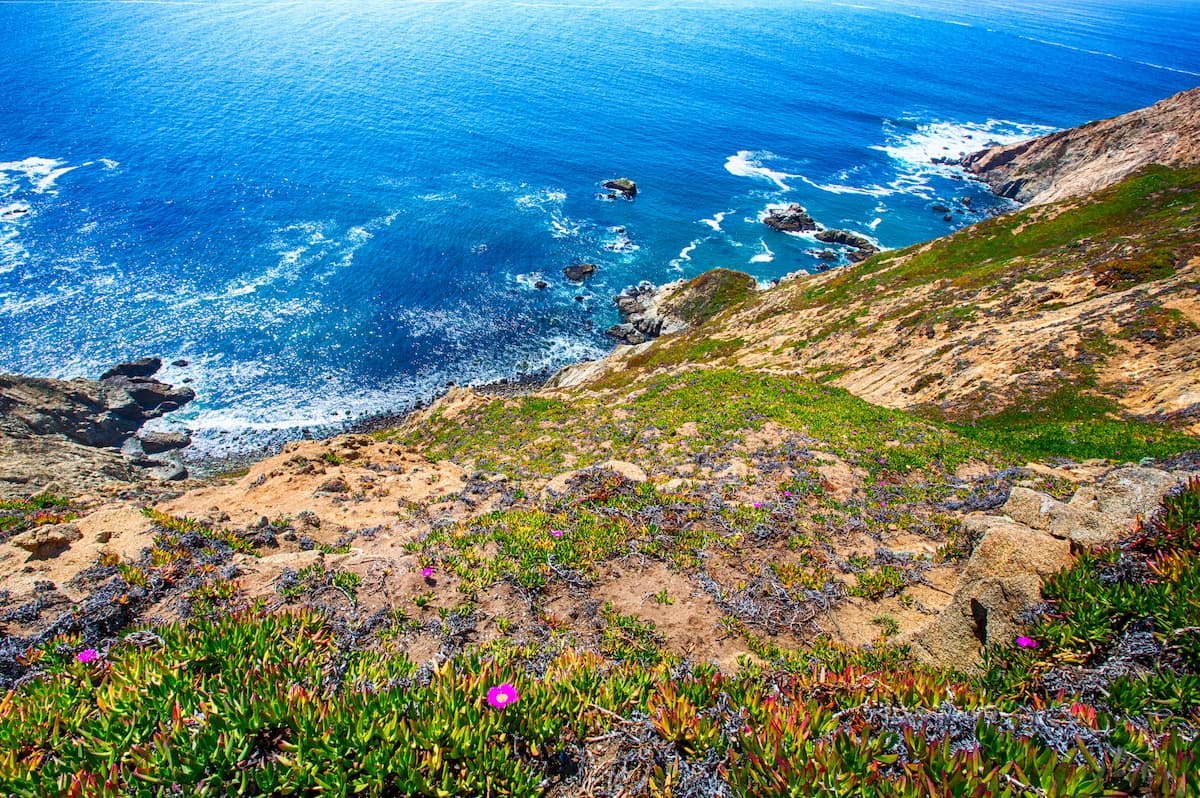 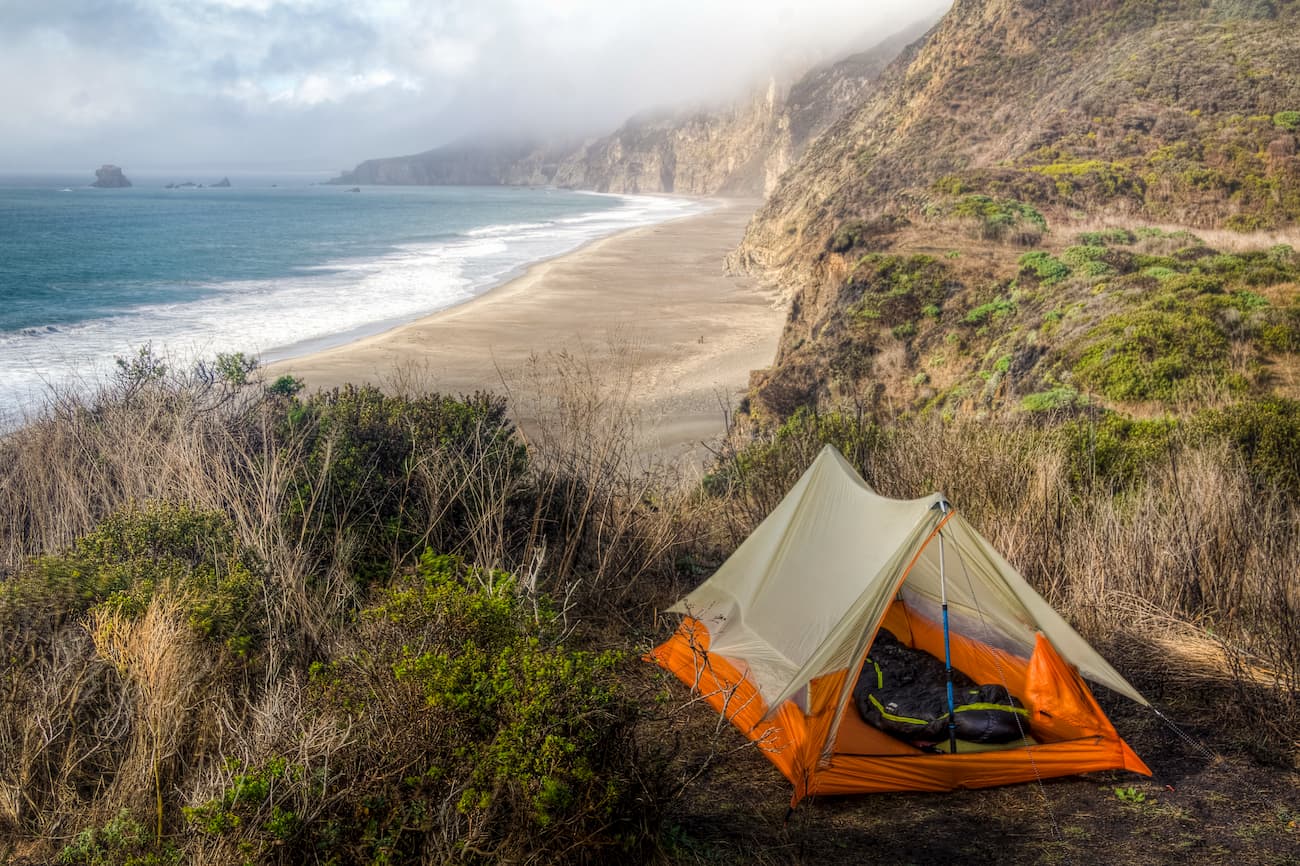 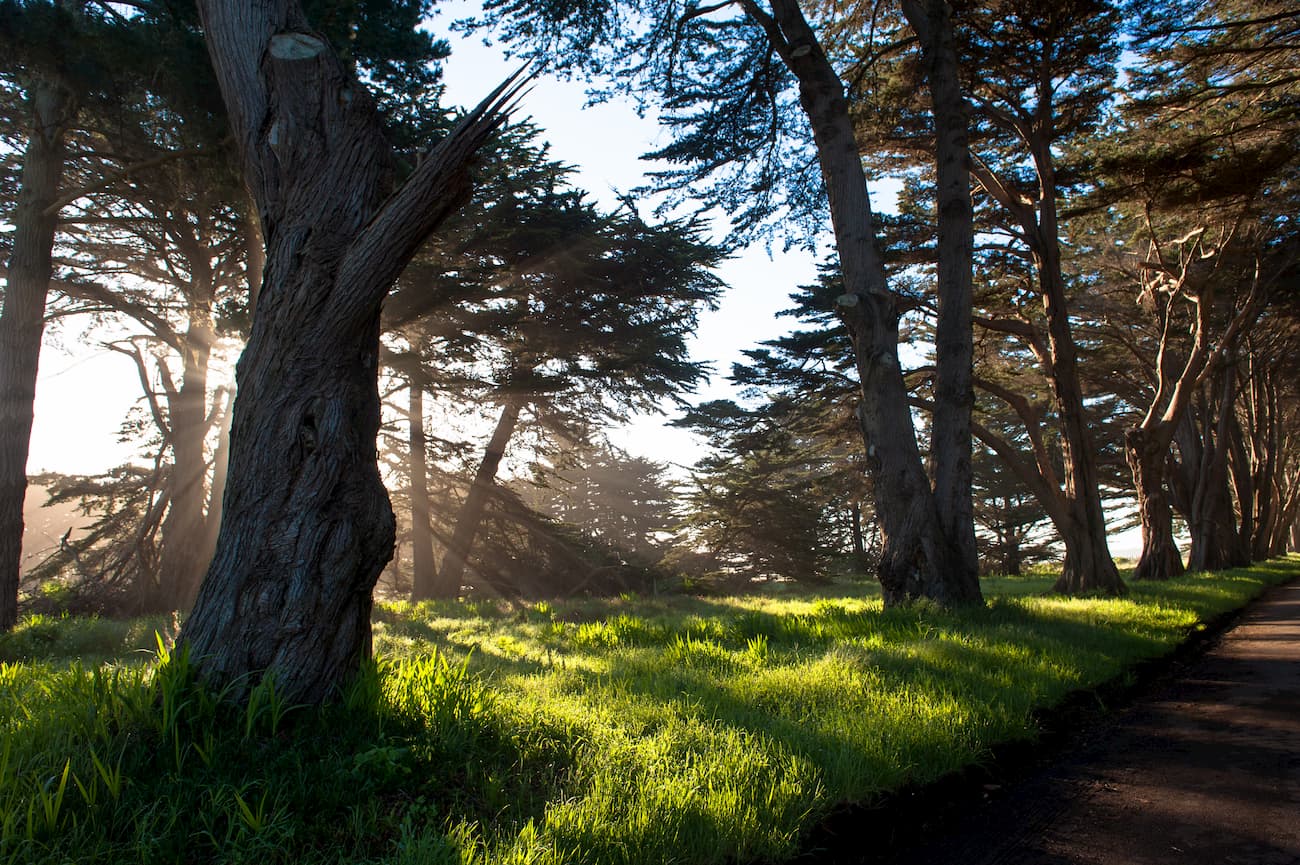 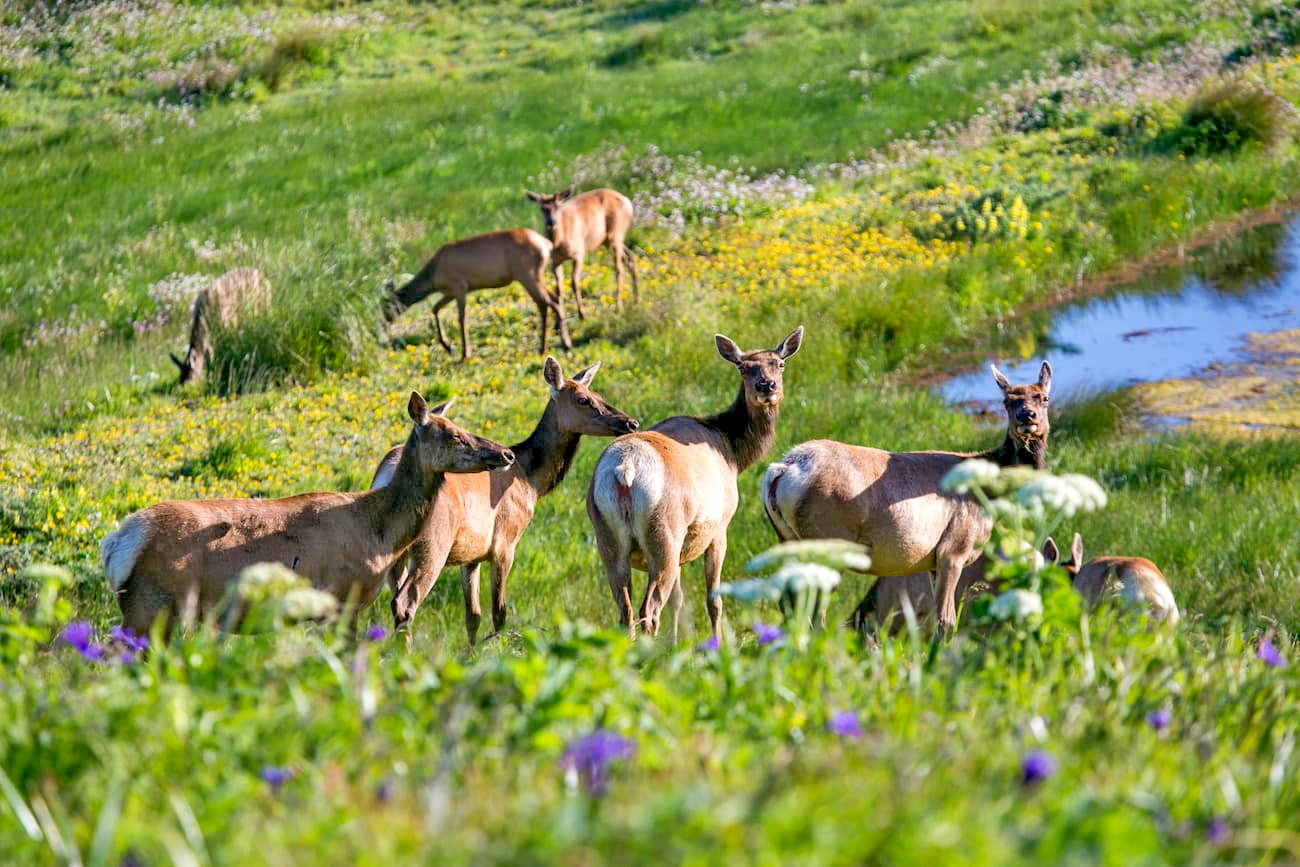 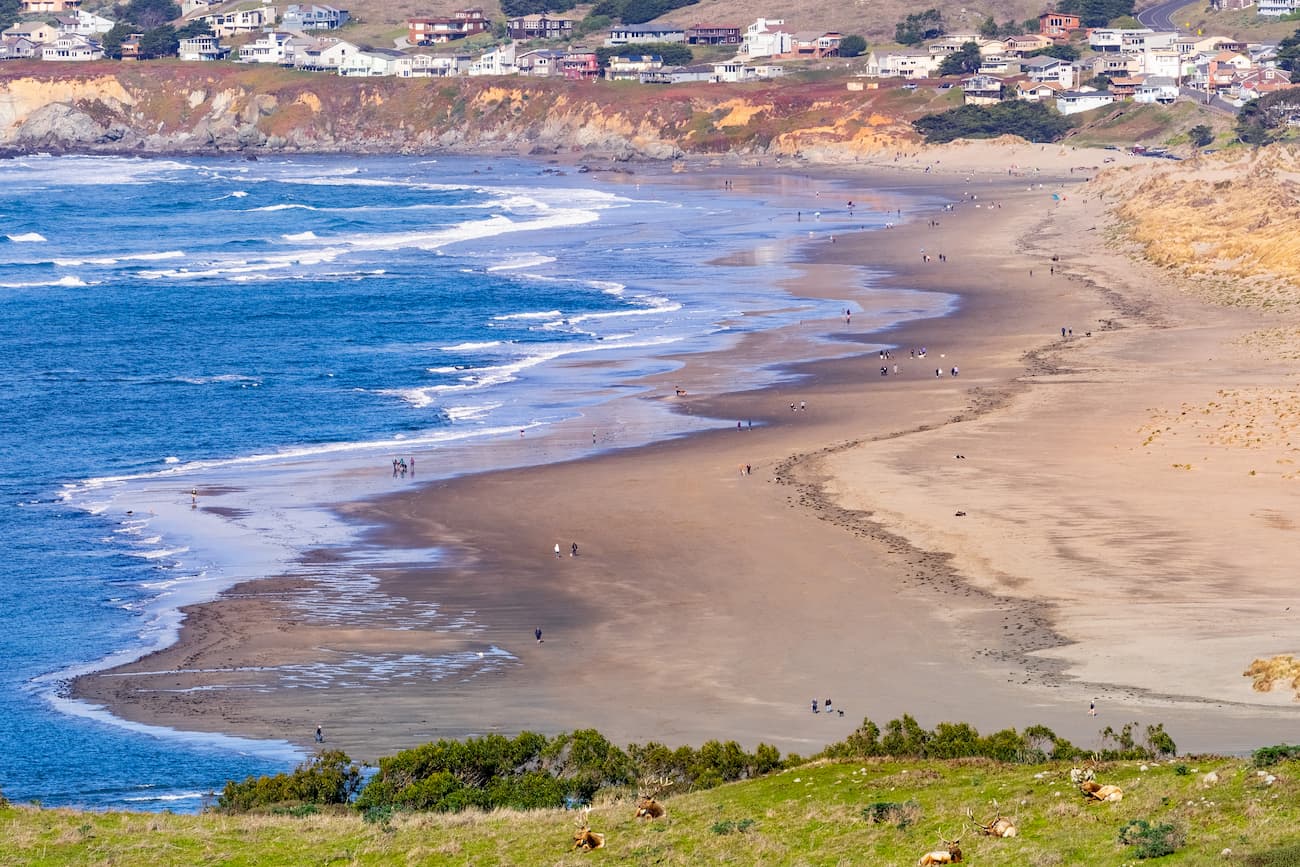 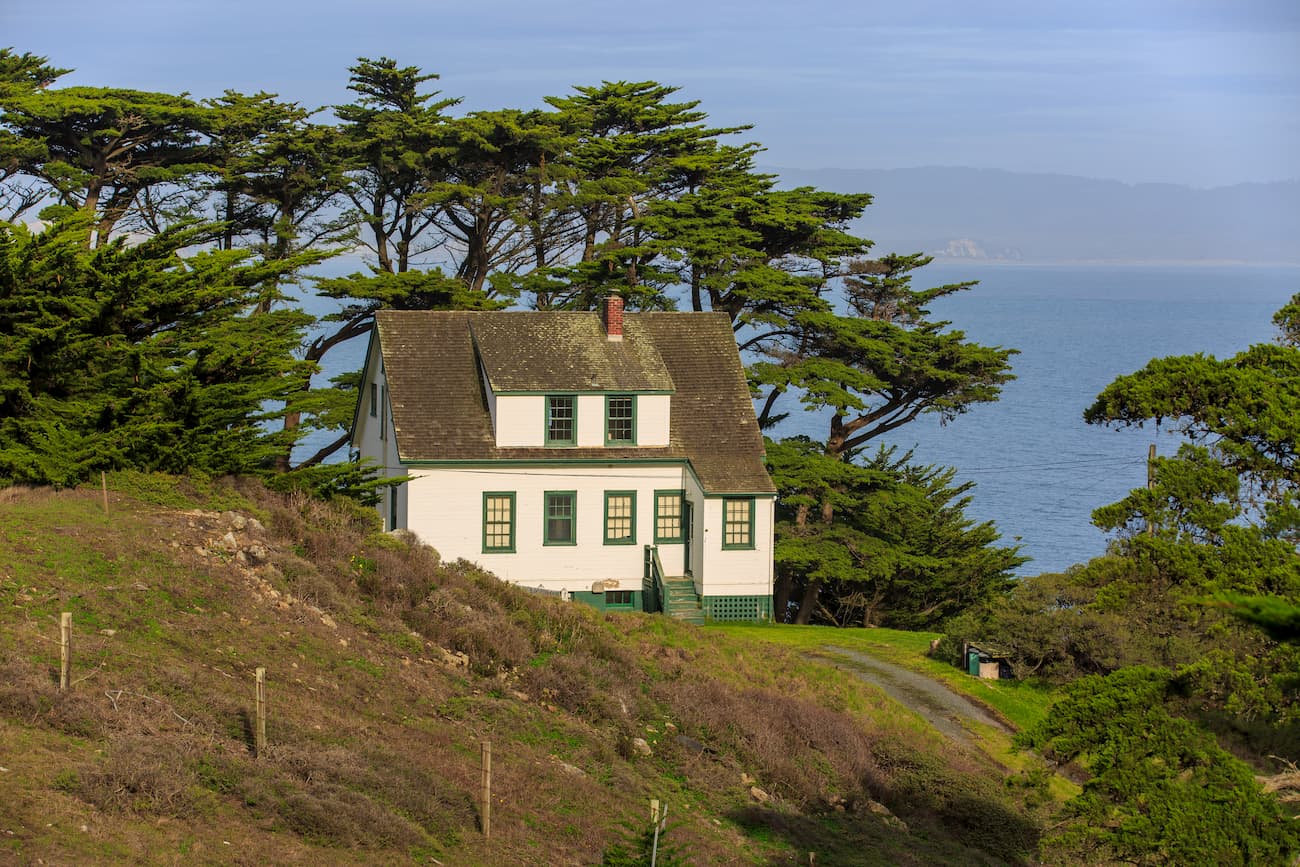 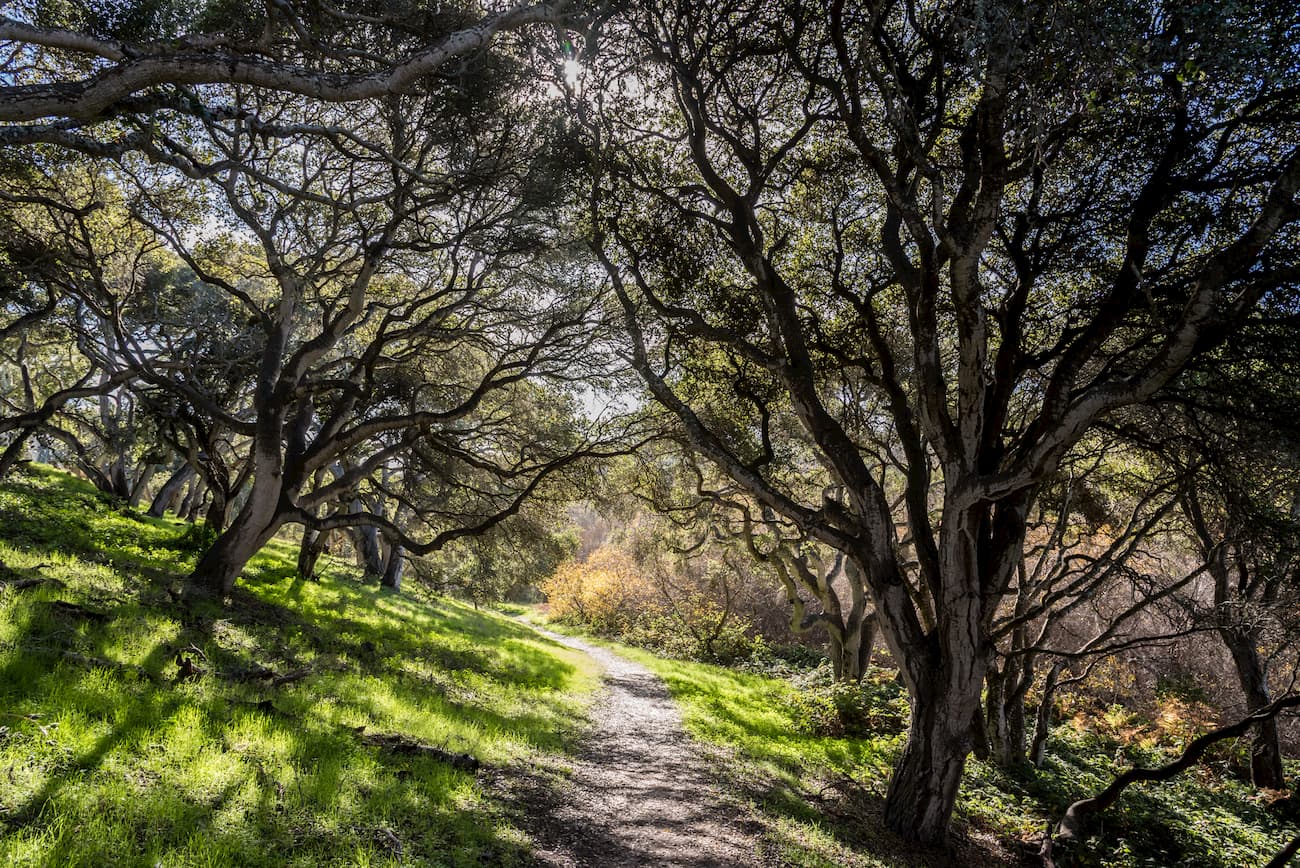