3 187 m
Elevation
Elevation is the altitude of a place
above sea level.

1 595 m
Prominence
Peak’s prominence is the least
vertical to be covered to get from the
summit to any other higher terrain.

Proportional Prominence 2 246 m
Ultra
Mountains with prominence of 1 ⁠500 ⁠m / 4 ⁠921 ⁠ft or more.
Volcano
Most commonly a conical hill or mountain built around a vent that connects with reservoirs of molten rock below the surface of the Earth.
Location
40.488024 N  -121.505055 W
Lassen Peak, commonly referred to as Mount Lassen, is the southernmost active volcano in the Cascade Range, United States. Located in the Shasta Cascade region of Northern California, Lassen stands 3,500 ft (1,100 m) above the surrounding terrain and has a volume of 0.5 cu mi (2 km3), making it one of the largest lava domes on Earth. It arose on the destroyed northeastern flank of now-gone Mount Tehama, a stratovolcano at least 1,000 ft (300 m) higher than Lassen Peak. It is part of the Cascade Volcanic Arc, which stretches from southwestern British Columbia to northern California.

On May 22, 1915, a powerful explosive eruption at Lassen Peak devastated nearby areas, and spread volcanic ash as far as 200 mi (300 km) to the east. This explosion was the most powerful in a series of eruptions from 1914 through 1917. Lassen Peak and Mount St. Helens were the only two volcanoes in the contiguous United States to erupt during the 20th century. Lassen Volcanic National Park was created in Tehama County, California, to preserve the devastated areas as they were, for future observation and study, and to preserve the nearby volcanic features.
There's a hiking trail (T2) called Lassen Peak Trail leading to the summit. 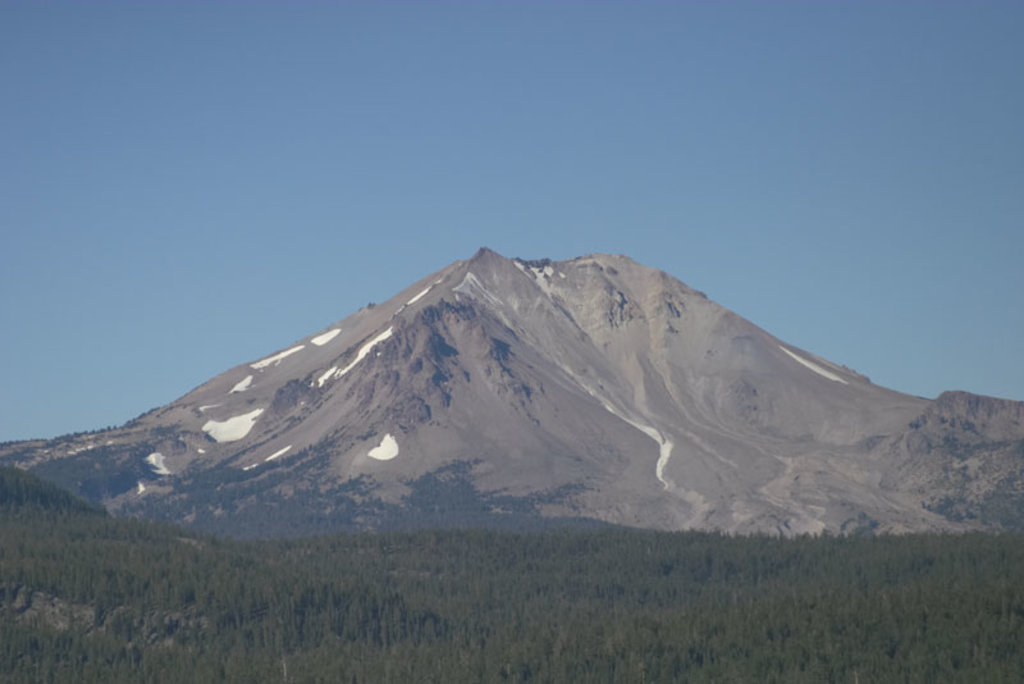 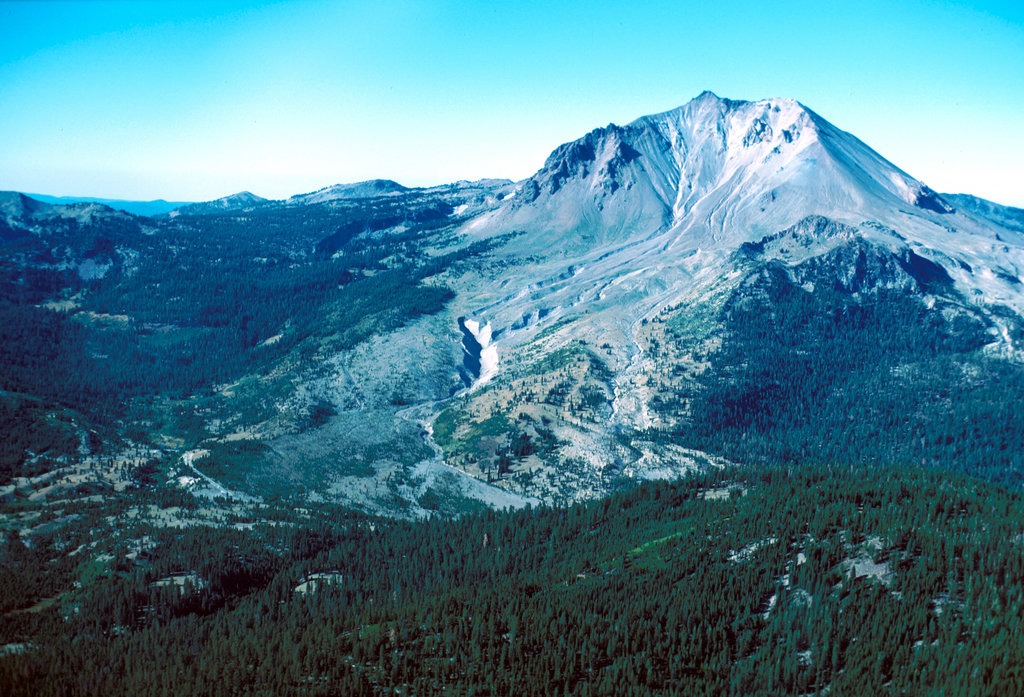 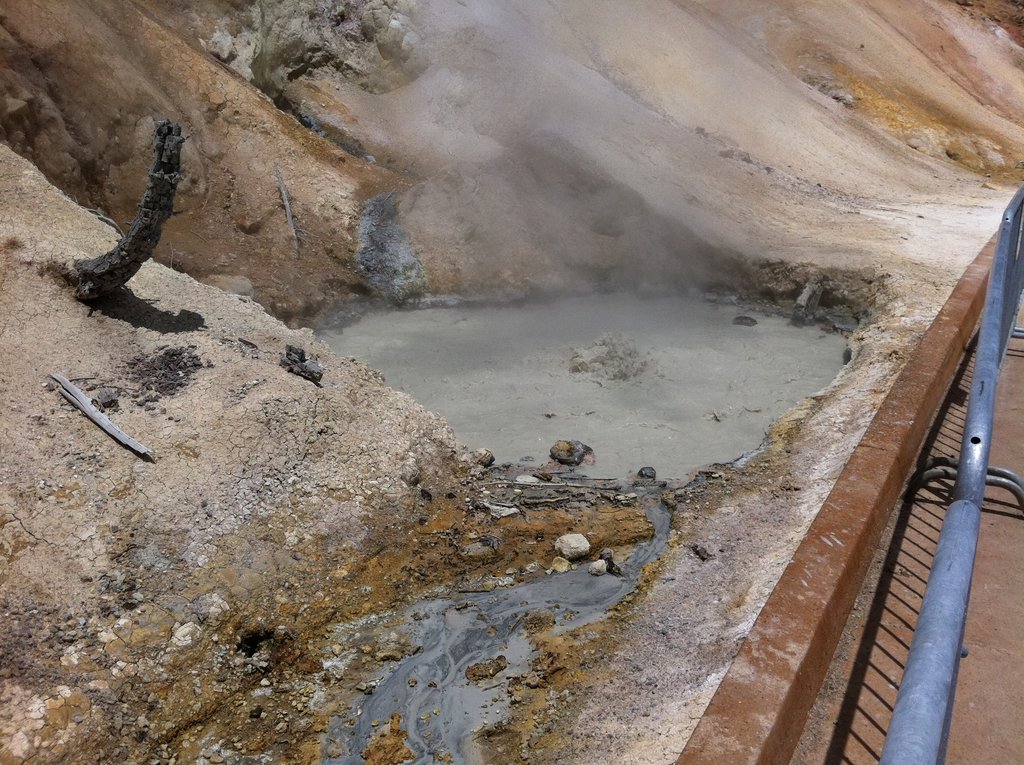 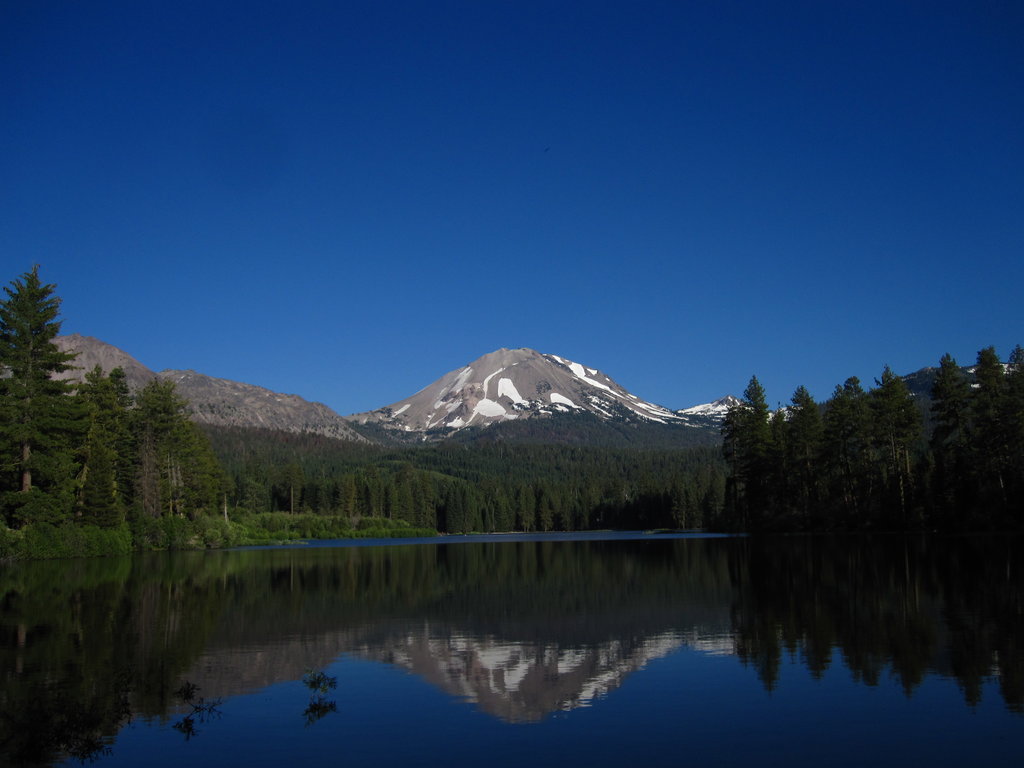 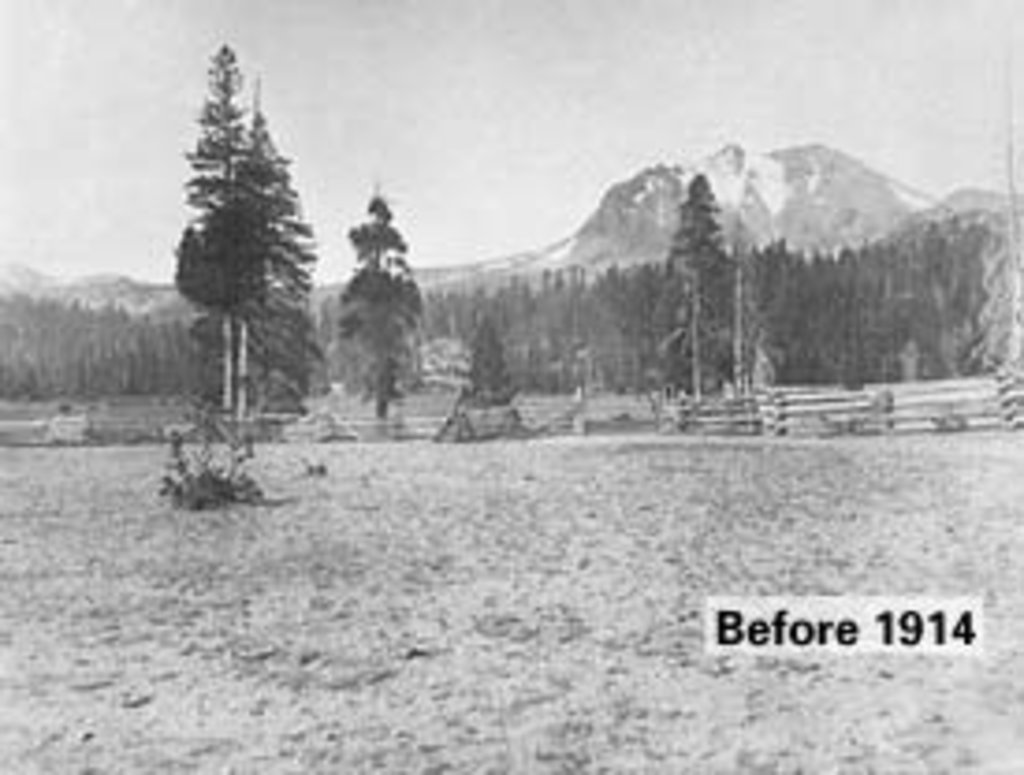 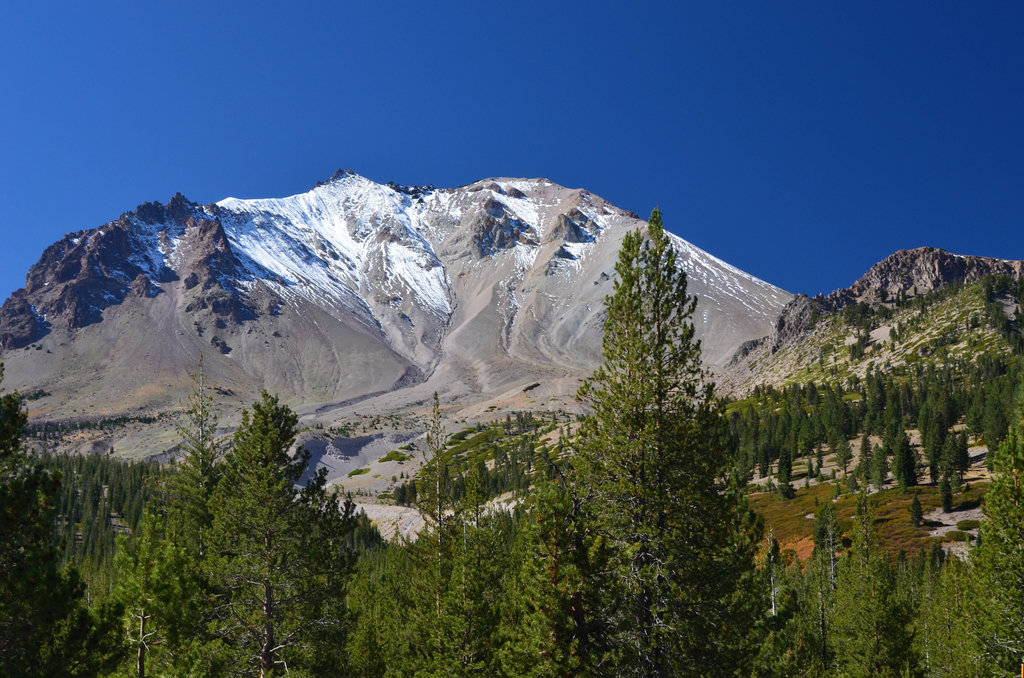 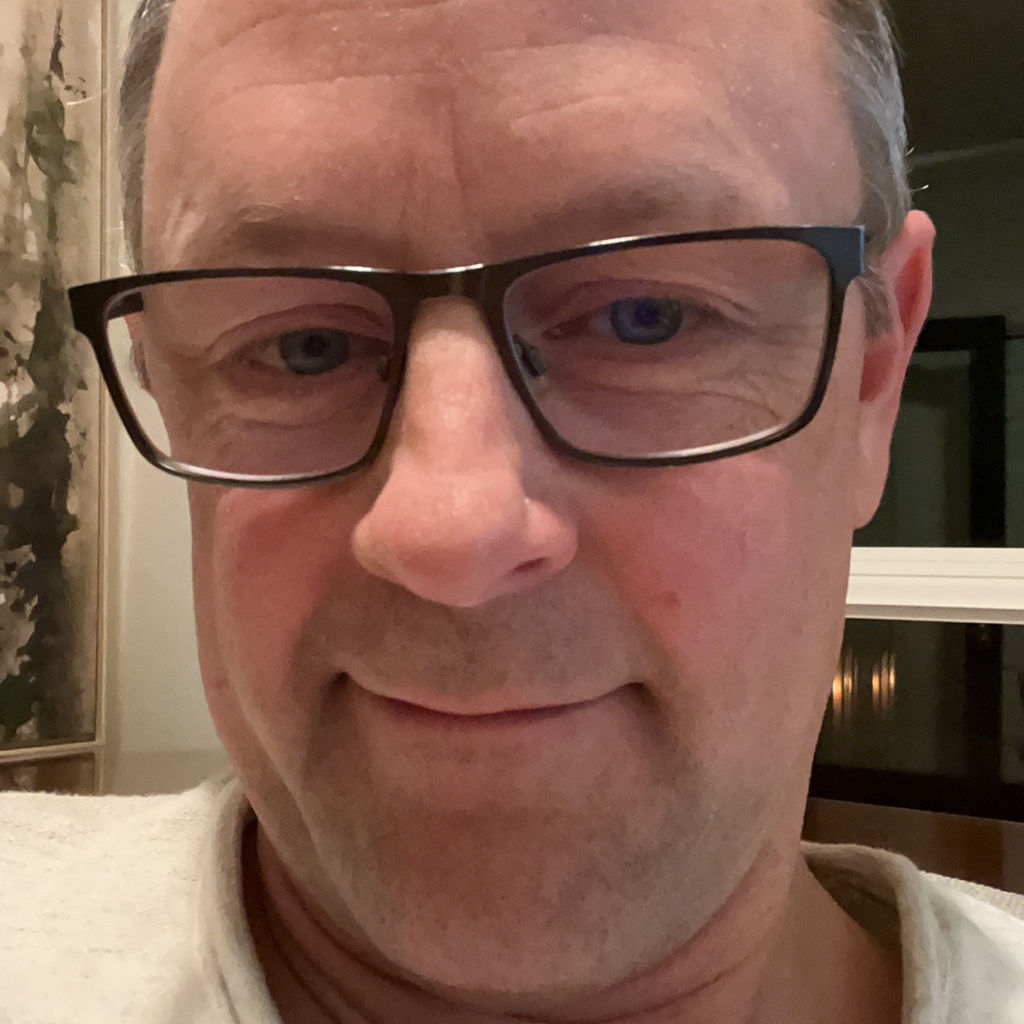 GoalTech
Tanja Scheiderer
Check out a downloadable 3D model of Lassen Peak area. A higher resolution model can be found in the PeakVisor mobile app.
Do you have photos of Lassen Peak or know something about it? Please let us know!