283 m
Elevation
Elevation is the altitude of a place
above sea level.

191 m
Prominence
Peak’s prominence is the least
vertical to be covered to get from the
summit to any other higher terrain.

Proportional Prominence 215 m
Location
37.738125 N  -122.454691 W
Mount Davidson is the highest natural point in San Francisco, California, with an elevation of 928 feet (283 m). It is located near the geographical center of the city, south of Twin Peaks and Portola Drive and to the west of Diamond Heights and Glen Park. It dominates the southeastern view from most of Portola Drive. It is one of San Francisco's many hills and one of its original "Seven Hills".

Mount Davidson's most notable feature, aside from its height, is the 103-foot (31.4 m) concrete cross situated on the crest of the hill. It is the site of a yearly prayer service, performed on Easter, when the cross is illuminated.

Mount Davidson Park tops the hill – excluding the land at the summit, which is privately owned. The parkland portion is located between Myra Way (east), Dalewood Way (southwest), and Juanita Way (north). Public transportation is provided by the 36 Teresita Muni line, which stops at the Dalewood Way and Myra Way entrance to the park.

The residential neighborhoods around Mount Davidson Park are Miraloma Park to the east and Westwood Highlands and Sherwood Forest to the southwest.
There's a trail leading to the summit. 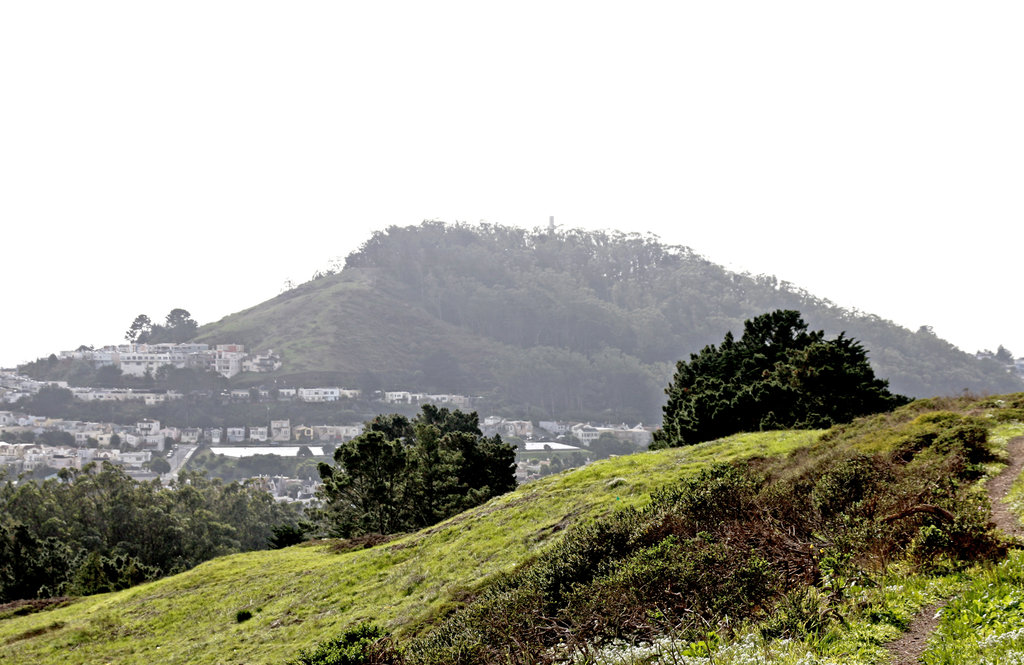 37.693056 N   -122.448889 W
Nearest Higher Neighbor
San Bruno Mountain - 5.9 km SSE
El: 398 m / Prom: 344 m
Check out a downloadable 3D model of Mount Davidson area. A higher resolution model can be found in the PeakVisor mobile app.
Do you have photos of Mount Davidson or know something about it? Please let us know!