Known for its drastic relief above the San Francisco Bay Area below, Mount Diablo State Park and its associated peaks is a small protected area of about 20,000 acres (8,000 ha) within the north-central part of the US state of California. The park is home to 13 named mountains, the highest and most prominent of which is Mount Diablo (3,842ft/1,171m).

Mount Diablo State Park is located directly east of the East Bay cities of Richmond, Berkeley, and Oakland and to the south of the city of Concord in Contra Costa County. It is situated among a patchwork of public and private land, which now includes 38 preserves, such as Morgan Territory Regional Preserve, John Marsh Home State Historic Park, Los Vaqueros Reservoir and Watershed, and Shell Ridge Open Space.

Mount Diablo State Park’s peaks, and, in particular, Mount Diablo, are known for their prominence above the valley below. The mountain is considered to be an isolated peak, so it offers one of the largest viewsheds in the western United States, offering views of the Sierra Nevada, Lassen Peak in Lassen Volcanic National Park, and Sentinel Dome in Yosemite National Park on a clear day.

The peaks within Mount Diablo State Park are part of the Diablo Range, which is a subsection of the California Ranges. One of the longest contiguous subranges in the state, the Diablo Range traverses north-central California from the San Francisco Bay Area and terminates near the city of Paso Robles, traveling between I-15 to the east and US Route 101 to the west for most of its extent. 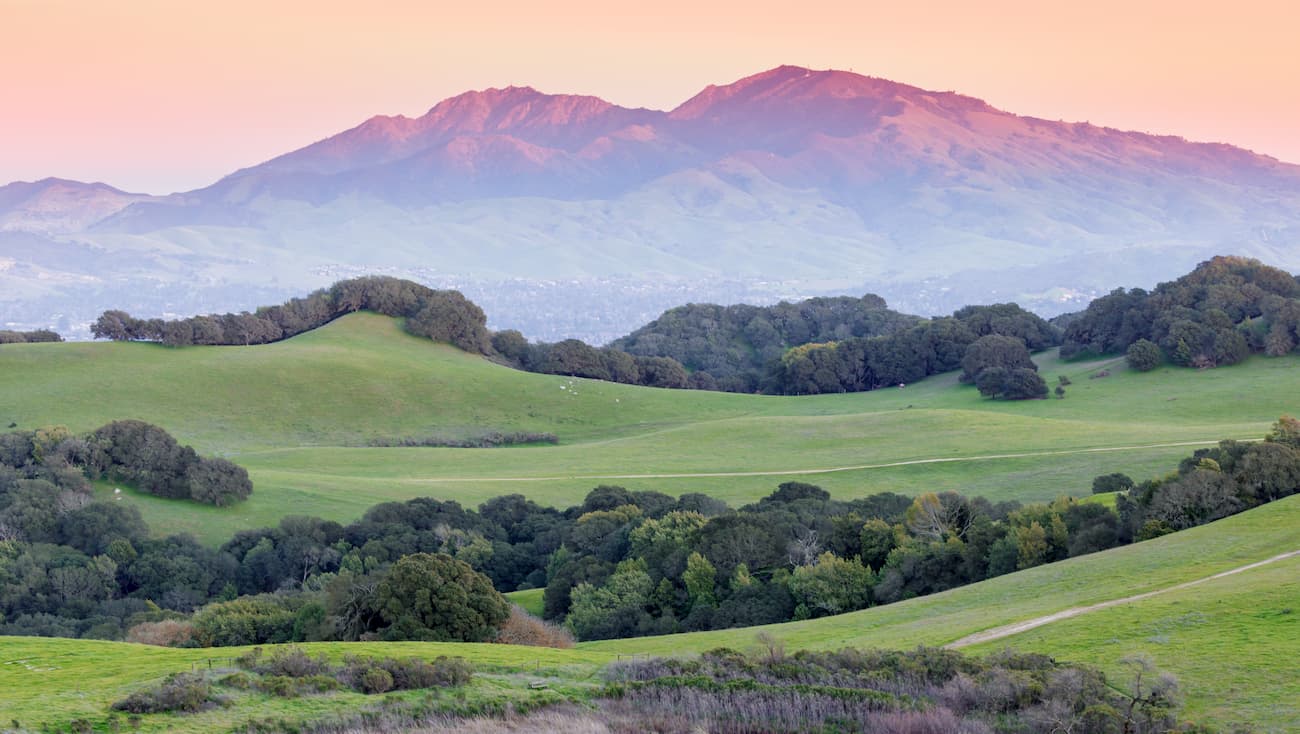 However, Mount Diablo itself is considered to be a geological anomaly, which was created as a result of tectonic compression and uplift. It is located along multiple fault lines, the movement of which causes it to grow in size by about 3-5 millimeters each year.

The mountain is composed mostly of Jurassic and Cretaceous period rocks that are sedimentary and volcanic in origin, having been formed as the Farallon Plate subducted under the North American Plate. Toward the summit of Mount Diablo, the bedrock is mostly greywacke, basalt, shale, and chert, much of which is part of the Franciscan Complex.

During the past 20 million years, subsequent layers of sediments have formed on and around the mountain. Tectonic activity in the region increased starting around 4 million years ago and continues to change the shape of Mount Diablo.

The region used to have small deposits of both glassmaking-grade sand and low-quality coal. These deposits were mined extensively during the 19th and 20th centuries, though visitors can now visit the mines, which are located in the Black Diamond Mines Regional Preserve.

Mount Diablo State Park features chaparral and mixed oak woodland ecosystems, with large areas of savannah and grassland. There are a handful of endemic plant species within the park, which include Mount Diablo fairy-lantern, Mount Diablo sunflower, and Mount Diablo manzanita. Moreover, Mount Diablo buckwheat, an endangered species that was thought to be extinct since 1936, was rediscovered on the mountain in 2005.

There are also many large thickets of western poison oak within the park, which visitors should attempt to avoid.

Higher up on the mountain, there are some stands of foothill pine, knobcone pine, and Coulter pine. In fact, the park marks the northernmost extent of the Coulter pine, which is found around high-mountain areas in southern and central California.

Additionally, there are plenty of amphibians in the park, including the Alameda whipsnake and the California red-legged frog, both of which are either threatened or vulnerable, respectively. Tarantulas are also a common sight in the park, though they are harmless unless provoked, but are not deadly.

Both bald eagles and golden eagles are seen in the park during the winter months. Meanwhile, other birds, such as the peregrine falcon and burrowing owl are found in the park year-round. Very lucky visitors can also see California condors, which may have traveled into Mount Diablo from the nearby Pinnacles National Park, where they were reintroduced as part of a wide-scale conservation effort. 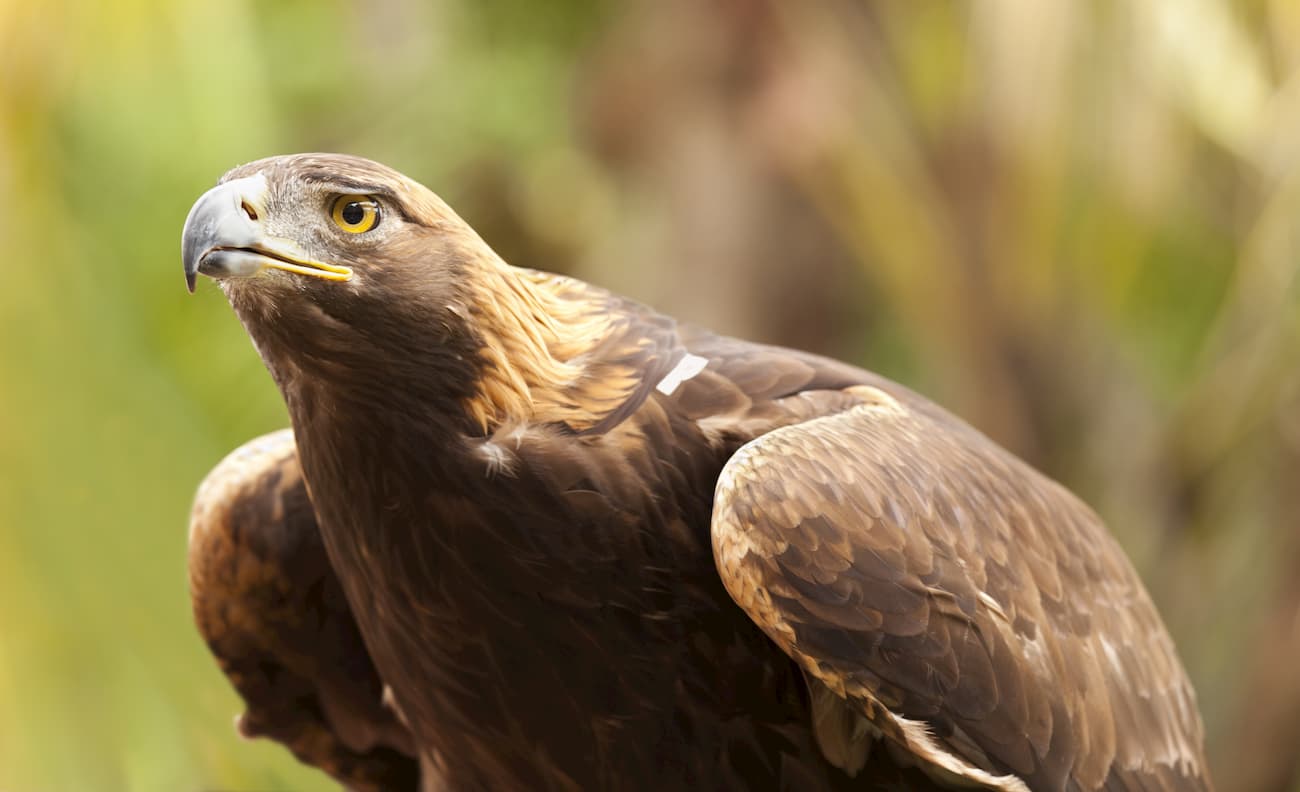 Visitors to Mount Diablo should be aware of three potentially dangerous species of wildlife in the park: mountain lions, black widow spiders, and Northern Pacific rattlesnakes. While most of these animals will not attack unless provoked, visitors should learn how to identify and avoid these animals whenever possible.

The area in and around Mount Diablo State Park is considered sacred to a number of indigenous groups and it is considered the traditional homelands of many more, including the Ohlone, Miwok, and Yokuts.

Early European visitors and settlers to the area also recognized the mountain’s uniqueness. Colonel Leander Ransom used Mount Diablo as the base and reference point for his large-scale surveying efforts in 1851.

By 1874, a number of groups had created toll roads up Mount Diablo, paving the way for its establishment as a tourist attraction. However, in 1931, the state of California had purchased enough land around the peak to create a small park, which was later improved by the Civilian Conservation Corps.

Since its original establishment, the park has grown a number of times. It’s also been the source of a number of different controversies, mostly surrounding real estate developers who wanted to build upscale properties on the mountain. 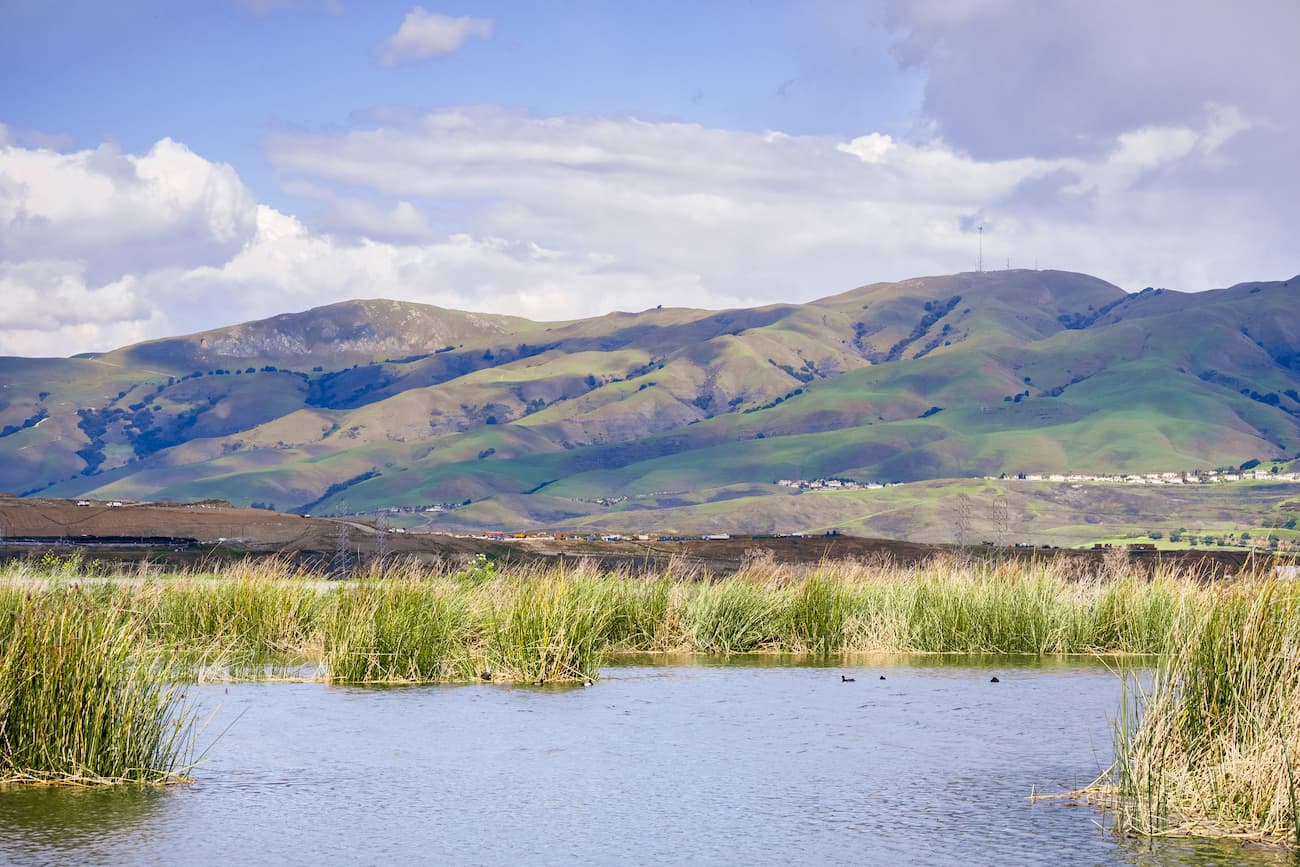 These days, Mount Diablo is surrounded by a massive patchwork of public and private lands. It continues to be a popular recreation destination, particularly for visitors from the Bay Area.

Here are some of the best hiking areas to check out in Mount Diablo State Park:

The Donner Creek Loop Trail is a 5.1 mi (8.2km) walking path that offers a moderate loop around four different waterfalls and a scenic creek. For particularly good views of the waterfalls, it’s best to visit during the winter or after heavy rainfall.

The Waterfalls of Mount Diablo Loop is a popular hiking path that links together 7.9 miles (12.7km) of trails and fire roads. Since this trail is mostly in the sun, it’s best completed in the winter months, where the temperatures are cooler and the rain creates stunning waterfalls.

The 6.8 mile (10.9km) Mount Diablo Grand Loop Trail is a difficult trail that takes hikers on a loop around Mount Diablo and even includes a short trip up to the summit. It offers fantastic panoramic views of the surrounding area. Be sure to bring plenty of food and water, as well as a map for this trail!

Mount Diablo State Park is located near some of the most densely populated regions of California. Here are some of the best places to stay before or after your trip:

Richmond is a city of over 110,000 people located in the East Bay section of the San Francisco Bay Area. It is known as a formerly industrial city with a major shipyard, which played a major role in the US’ home front effort during World War II.

These days, Richmond is a major commercial port and is easily accessible by a number of highways, including I-80, which travel through the city. Richmond is serviced by Amtrak train lines, commercial ferry lines, and is within driving distance of a number of major airports in the Bay Area.

Berkeley has over 112,000 residents and is located on San Francisco Bay’s east shore. The city is best known as the home of the oldest campus in the University of California system, which is often considered to be one of the most prestigious in the state.

Berkeley is just west of Mount Diablo State Park and is easy to get to by car. It is also serviced by Amtrak, as well as a number of local bus and metro lines.

Concord is located to the north of Mount Diablo State Park and is the largest city in Contra Costa County with over 122,000 people. It is considered a suburban regional center of the San Francisco Bay Area and is a good place to stay if you’re looking to be near the park.

There are a number of major highways that service Concord, as well as the BART (Bay Area Rapid Transit) commuter train system 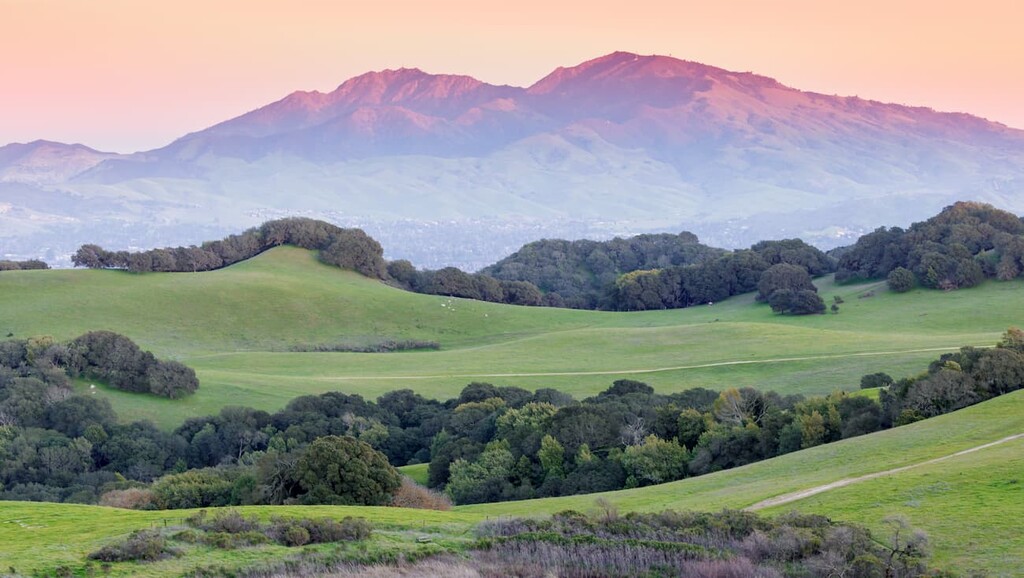 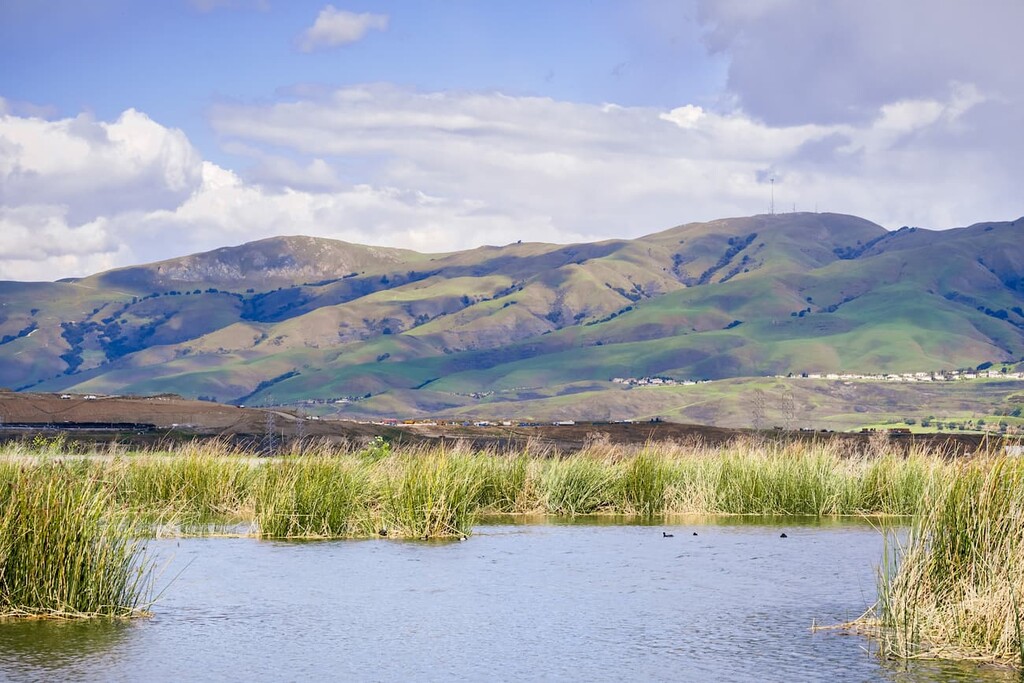 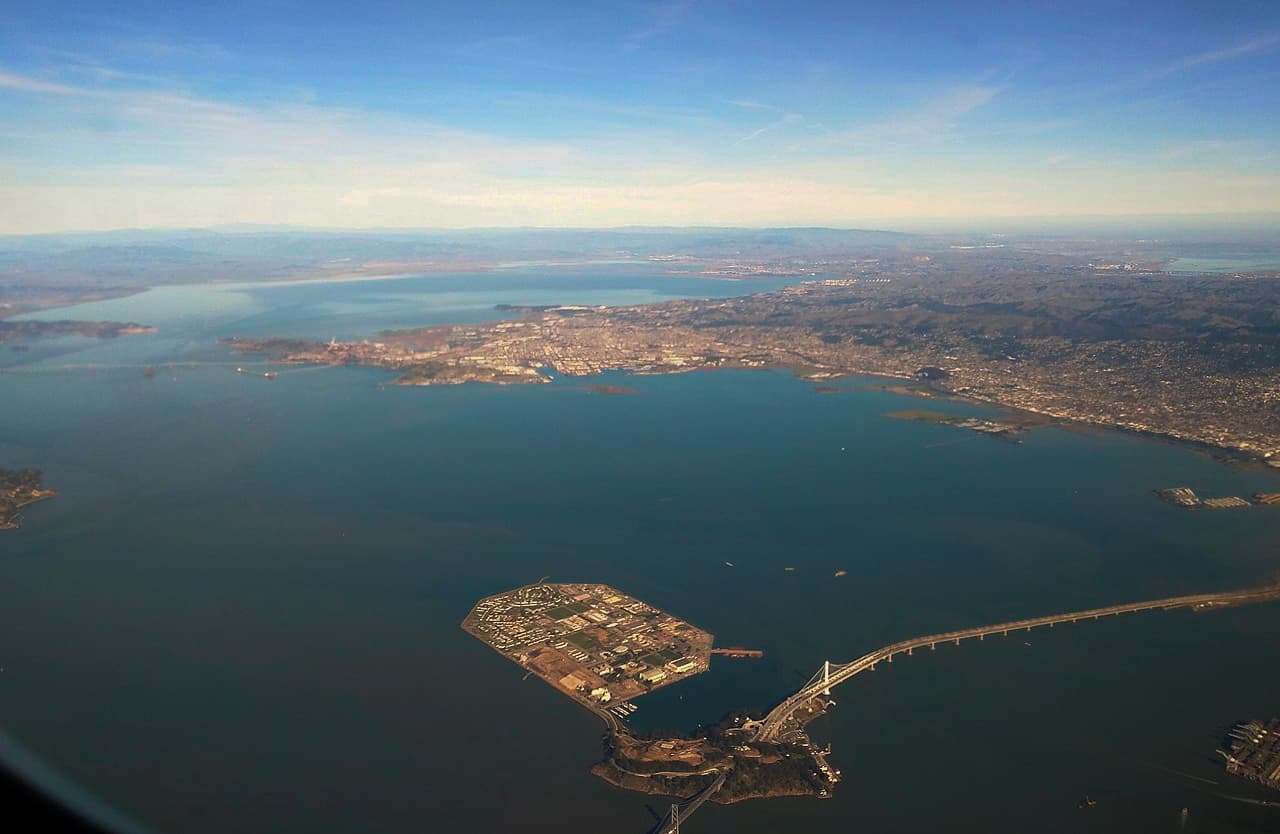 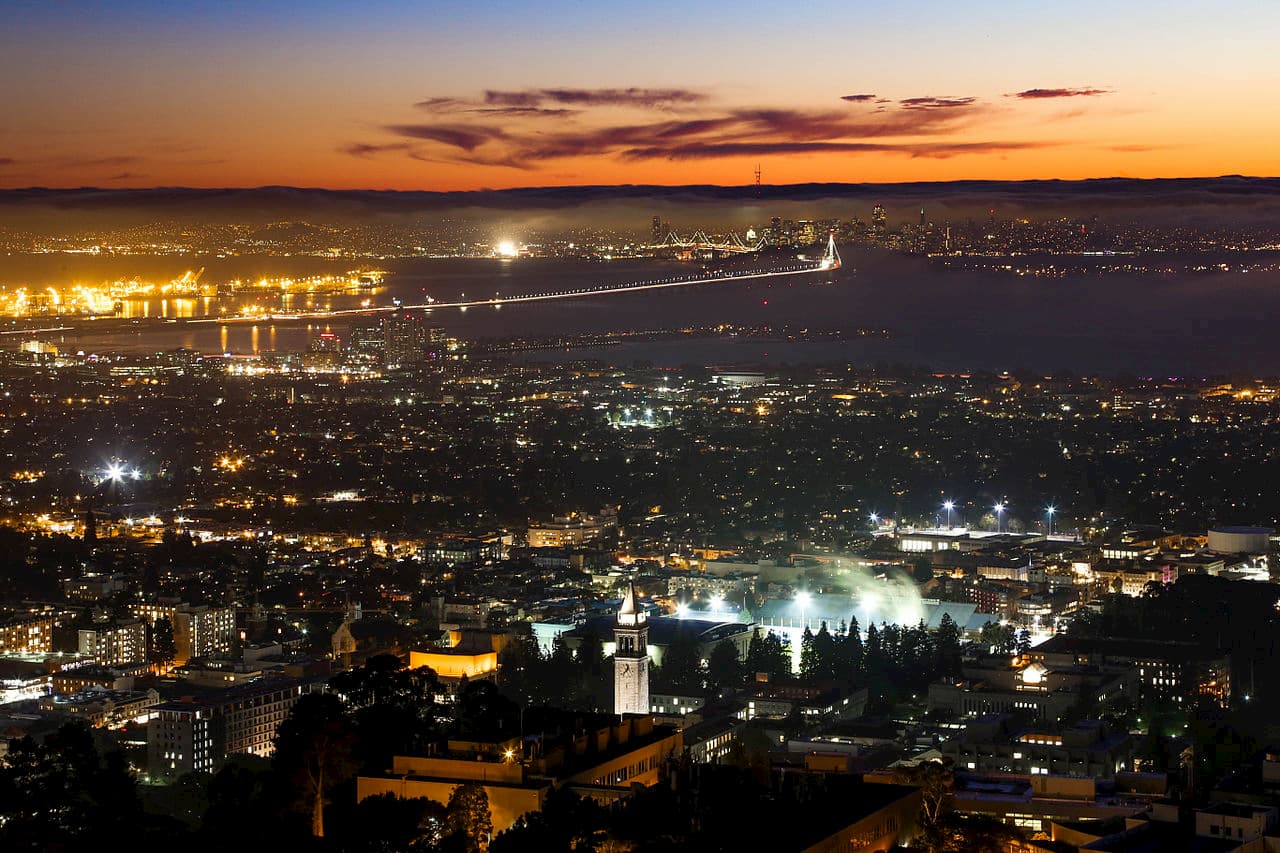 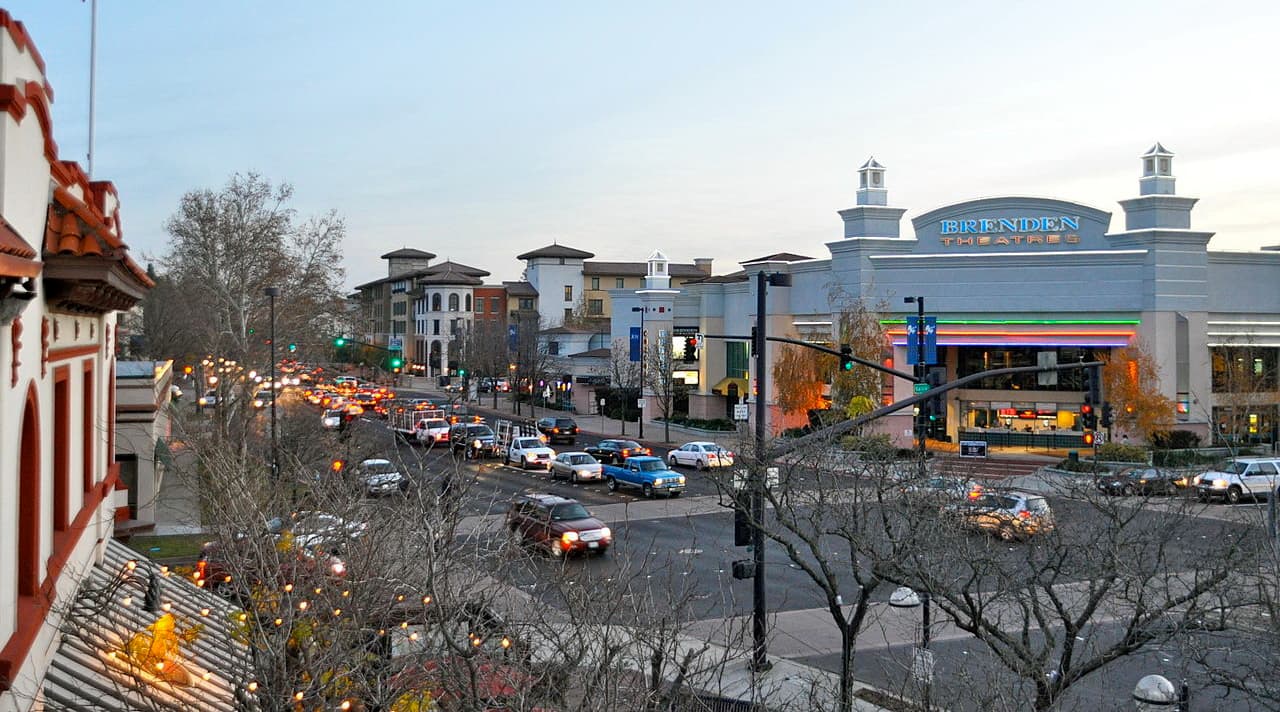 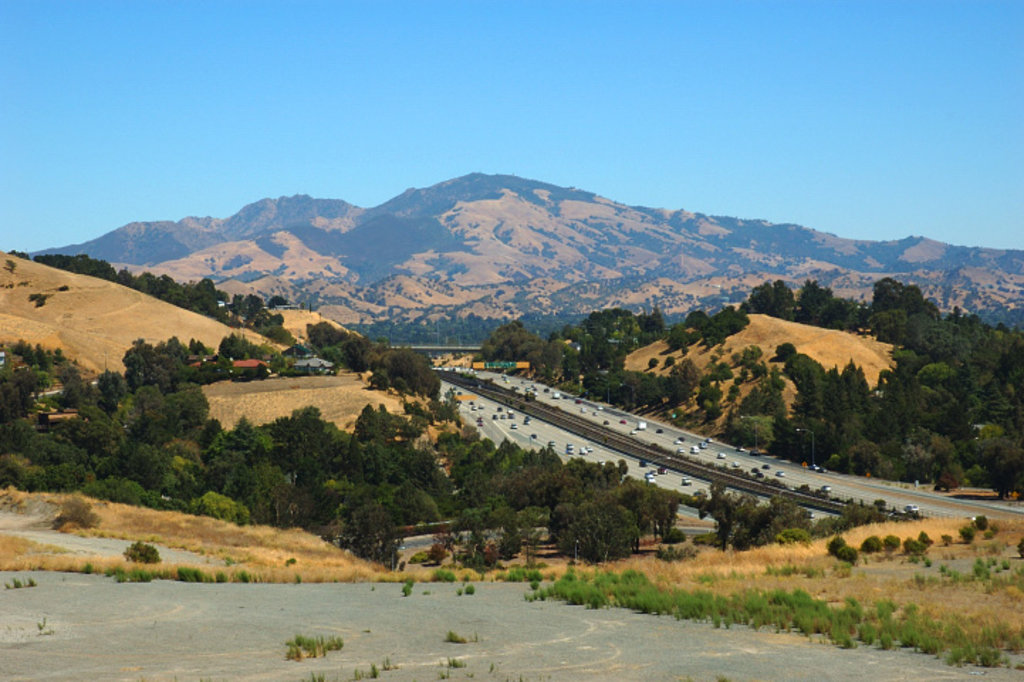