Topanga State Park is the largest state park within the LA city limits (sometimes credited as "The largest state park within a city limit in the U.S.") and has up to 11,000 acres of wilderness and thirty-six miles of trails and unimproved roads for visitors to explore. Topanga State Park is part of the Santa Monica Mountains National Recreation Area and is located between West Los Angeles, Topanga Canyon and Malibu. The park has amazing views of the Pacific Ocean and Catalina Island (among other Channel Islands), as well as downtown LA. As such, Topanga State Park is a very popular hiking spot for Angelinos and visitors.

Topanga is a great example of the local coastal desert landscape including forested valleys, grasslands, and high coastal desert. Although a bit exposed at the higher elevations, the hikes of Topanga are typically accessible year round (with the exception of parts of the fire season) for most day hikers and many hikes go along wider fire roads making them less technical or steep. While the park is typically very dry throughout most of the year, the best time to visit is in the spring when you can see a wide variety of wild flowers. The accessibility of the trails and the park’s proximity to the city means that Topanga gets a high amount of foot traffic everyday.

There is camping, cycling, and horse riding available at the park and many of the trails lead into multi-day thru trails that go all the way up to Ventura County.

The name Topanga comes from the Shoshonean word for above and refers to the canyon settlement being above the flood waters of Topanga Creek. The area was originally inhabited by Native American groups collectively referred to as the Topanga Culture, including the Chumash and Tongva, for thousands of years. In the 1700s the region was invaded after the establishment of the Pueblo de Los Angeles and Mission San Fernando Rey de España by Spanish colonialists. Though the settlers deemed most of the land unusable or inaccessible for agriculture, the area was occasionally used for grazing pastures.

When California became part of the United States in 1848, and a state in 1850, Topanga was made available under the Homestead Act. Many agricultural homesteads were developed along what is now Entrada Road, a main entrance to the park.

In the 1920’s Topanga Canyon became more and more popular as a weekend getaway location. Many local Angelinos bought land for summer cabins and recreational ranches. It was not until 1964 that a park bond was approved by voters to purchase much of the land for public recreation. In 1974, Topanga State Park officially opened to the public.

Parking at any of the state park parking lots will require patrons to pay either an hourly or day use fee, typically ranging from $3/hour to $8/day depending on your location.

The official entrance to the park is along Entrada Road, which leads up to Tippet Ranch. This entrance leads to the Eagle Rock, Parker Mesa, and Waterfall-San Ynez Trails, and a number of trails that connect to Mulholland Dr, Temescal Canyon, Will Rogers Park, and Pacific Palisades Rd. You can reach this entrance by taking the northern route along highway 101 to highway 27 and eventually taking Entrada Road to the Ranch, or from the southern route along the Pacific Coast Highway to highway 27 and taking Entrada Road to the entrance as well.

Los Liones Canyon is another popular and easy entry point to Topanga State Park. It is just down the road from the Temescal Canyon Entrance. There is also no paid parking along the road to the Los Liones Canyon entrance and it is the closest entrance to the Parker Mesa hike, a popular hike that rises up along 1500 feet over Parker Mesa and overlooks the Pacific Ocean, Malibu, Topanga Canyon, and the city of Los Angeles. You can reach the Temescal entrance via Sunset Boulevard before turning on Los Liones Dr.

The Musch Trail is an approximately 4 mile loop trail in the heart of Topanga. The trail starts at the Tippet Ranch entrance and climbs up about 500 feet before it hits the Topanga Canyon fire road where you will take the turn to Eagle Rock and climb another steep 300 feet. After visiting Eagle Rock you can take the looped trail back around the canyon to the entrance. This is a phenomenal trail that is both short and exhibits all of what the inland park has to offer from the canyon to the grass fields to the high exposed desert landscape. There are a couple of water points at both Tippet Ranch and along the fire road in case you run out.

Inspiration Point is a popular 2-3 mile in and out hike that connects to a number of other trails leading into Topanga State Park. Though technically part of the Will Roger State Park, Inspiration Point gives a great overview of what you can expect from Topanga Canyon. From the parking lot you climb up about 200 feet to Inspiration Point that overlooks the city of LA as well as the Pacific Ocean along a wide fire road. You can do a simple in and out hike or make the hike a loop along some of the back trails that lead to the long Backbone Trail, among others, or around to the Will Rogers stables at the base of the park.

The Parker Mesa is a pleasant 4-5 mile hike that you can either do as a loop or an in and out (if you want to add mileage). Starting from the Los Liones Trailhead you will follow the Los Liones trail up to a number of beautiful overlooks that look out over the city of LA, the Pacific Ocean, and Malibu. You will continue to climb until you hit the fire road along the Parker Mesa Ridgeline and follow that road up to the peak at Parker Mesa. The views from this overlook are spectacular and some of the highest in the park. You can even extend your into the canyon if you want a long day hike or overnighter. While there is a recycling bin and a bathroom on Parker Mesa, there are fewer water points along this hike so be sure to pack extra. 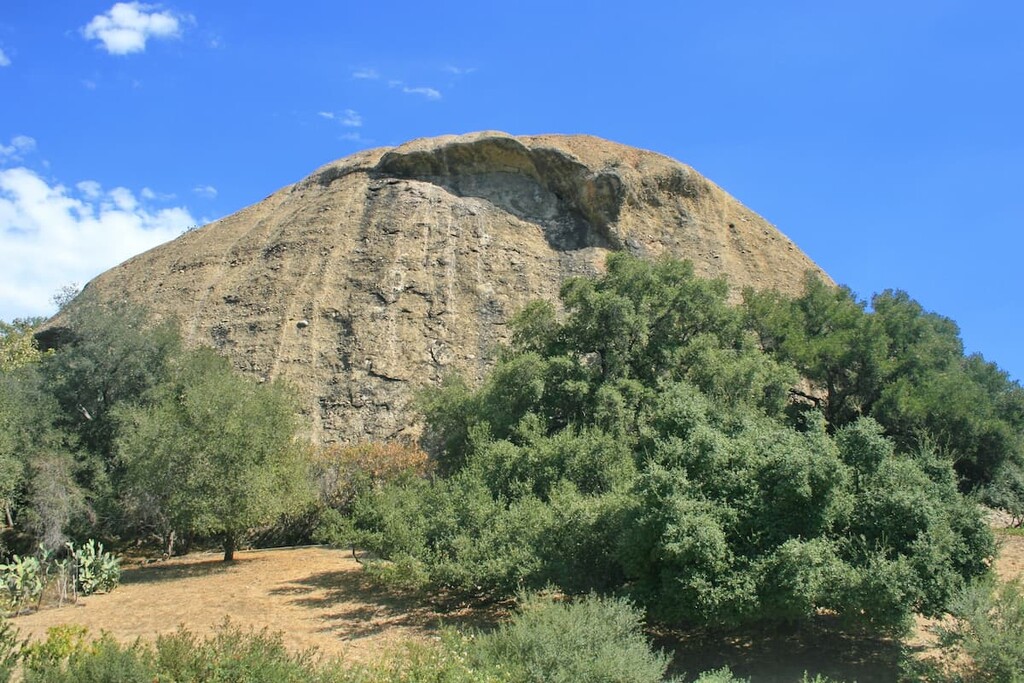 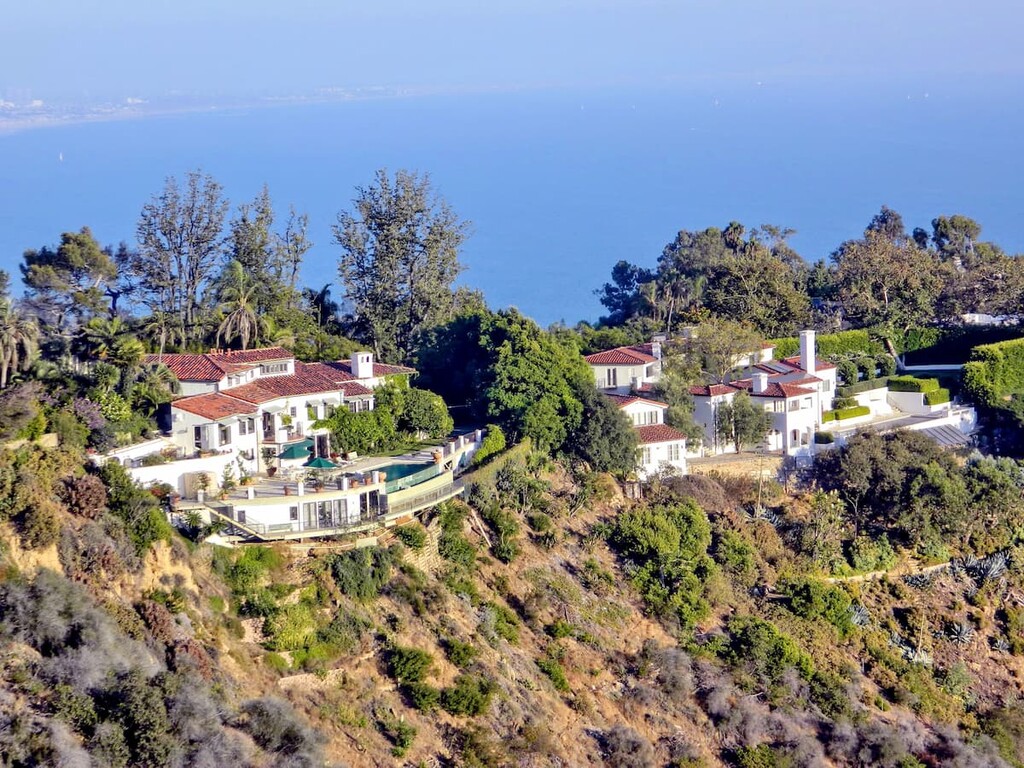 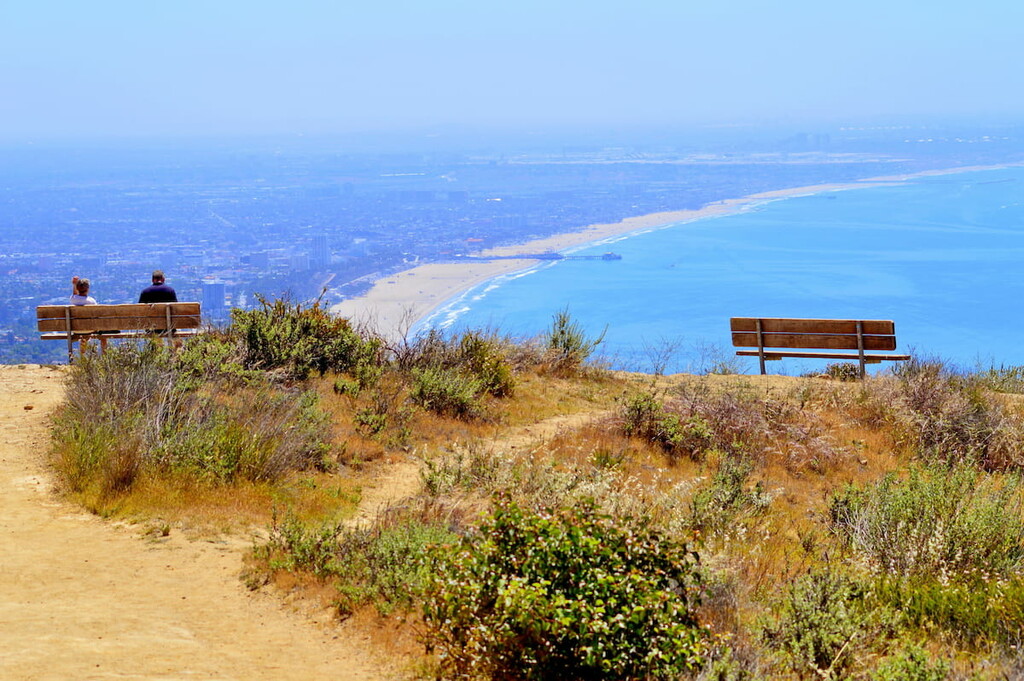 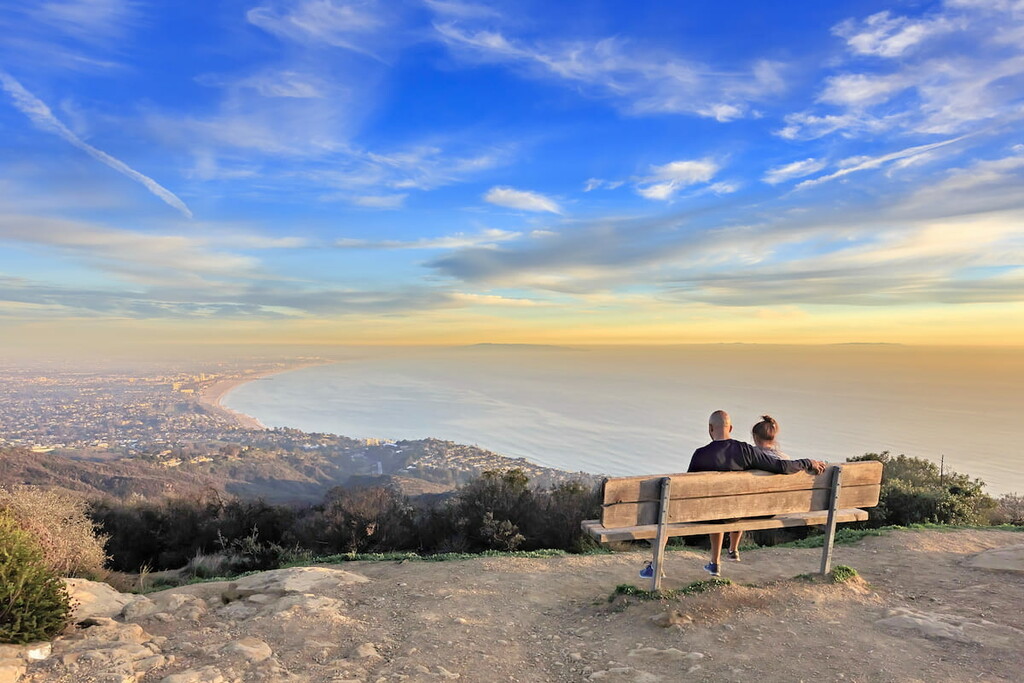 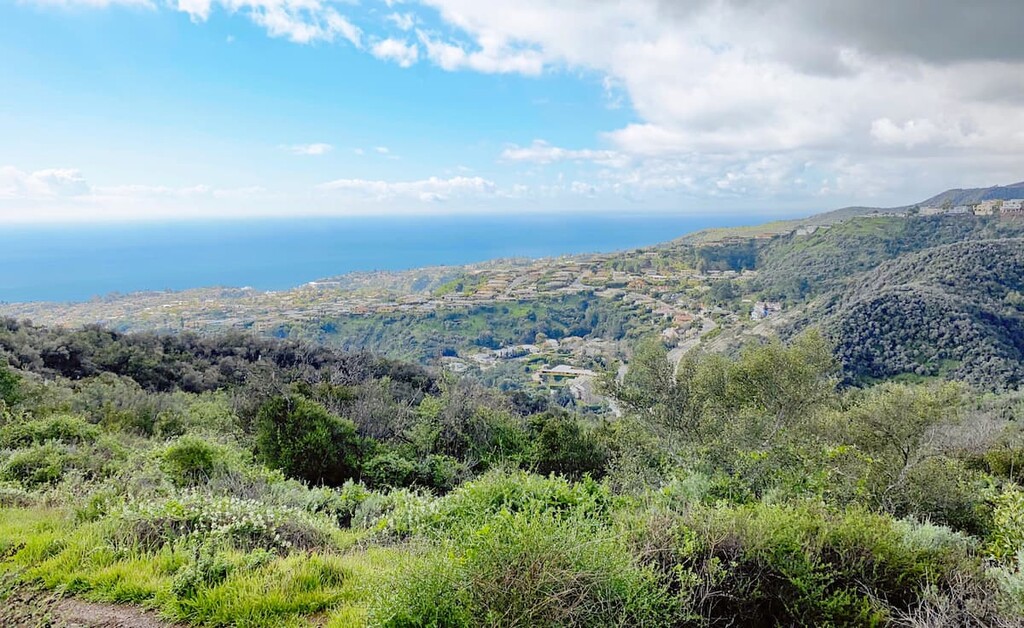 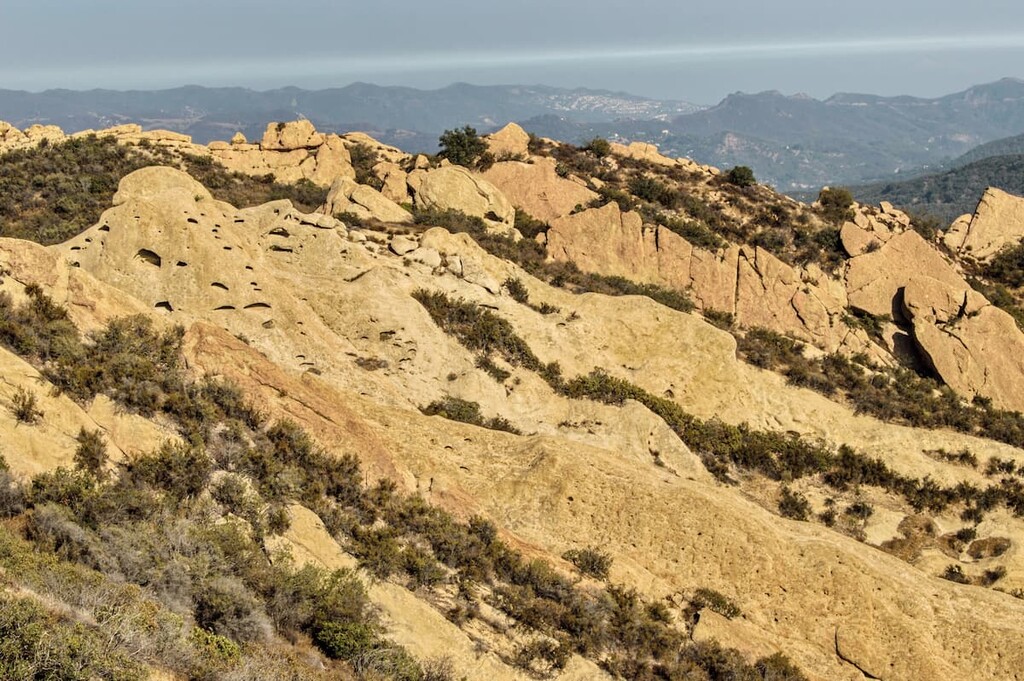 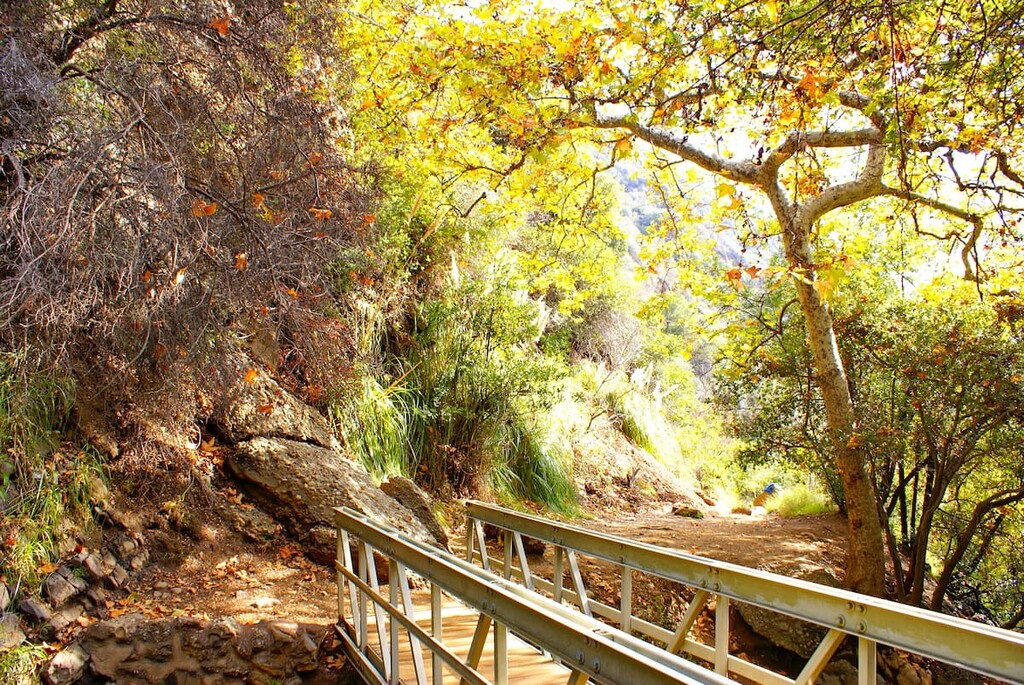