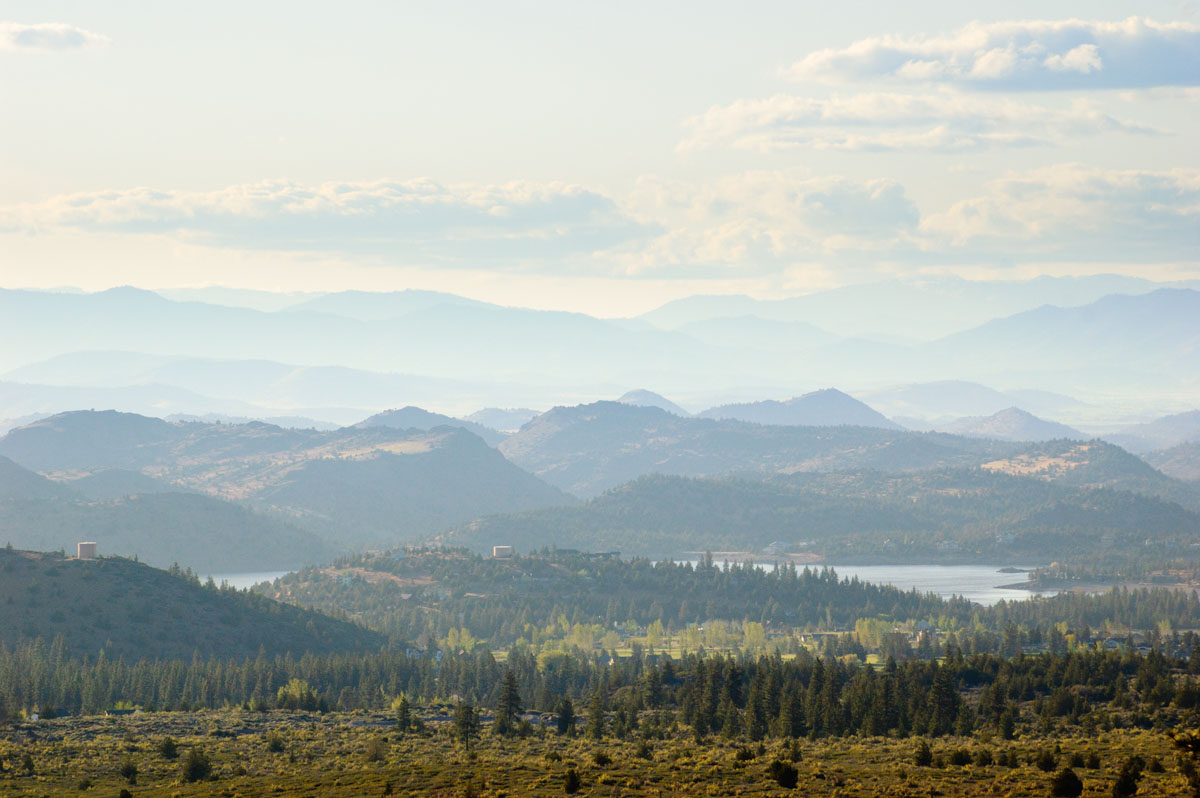 The Trinity National Forest contains 1,043,677 acres and is found in subranges of the Northern Inner California Coast Ranges and the southeastern Klamath Mountains. The Shasta National Forest is 1,166,155 acres and is located between the upper Sacramento Valley and the Shasta Valley. The two forests were administratively combined in 1954. Together, these two incredible wilderness areas span parts of Trinity, Shasta, Siskiyou, Tehama, Modoc, and Humboldt counties.

The terrain found in Shasta-Trinity is varied and includes elevations from 1,000 feet to over 14,000 feet. Volcanic mountains, pristine lakes, cascading falls, and over 600 miles of streams and rivers can be found scattered across the landscape.

The crown-jewels of Shasta-Trinity and northern California is Mount Shasta, a 14,180-foot volcano, and Shasta Lake, the largest reservoir in California. Mount Shasta is the second-highest peak in the Cascades and is the most voluminous stratovolcano in the Cascade Volcanic Arc. The recognizable cone of Shasta rises more than 5,000 feet above the next tallest summit and is covered in glaciers and lenticular clouds. Shastina, Mount Shasta’s largest subordinate peak, is also noteworthy in its own right and is the third highest peak in the range. Although Shasta hasn’t erupted since the late 1700s, Sulphur springs near its summit warn that the mountain could reawaken at any moment. Over 15,000 attempts are made to summit Shasta each year, but only a third are successful.

Shasta Lake is a man-made lake with a 30,000-acre surface area which also makes it the third largest body of water in California. Shasta Lake’s 365 miles of shoreline and four arms – Sacramento, McCloud, Squaw Creek, and Pit – offer a variety of stunning scenery and is a popular destination for paddling, swimming, fishing, and hiking.

Shasta-Trinity is celebrated for its variety of year-round outdoor recreation activities including hiking, backpacking, climbing, camping, fishing, skiing, snowboarding, and cross-country skiing. The forest contains over 460 miles of trails, including 154 miles of the infamous Pacific Crest Trail, a 2,653-mile National Scenic Trail that travels from the U.S.-Mexico border to the Canada-U.S. border.

Aside from Mount Shasta, iconic Trinity-Shasta summits include Mount Eddy, the highest peak in the Trinity Mountains, China Peak, Ash Creek Butte, and Black Butte, as well as subordinate Shasta summits like Shastina, Red Butte, and Shastarama Point. Four major waterfalls can also be found in Shasta-Trinity, Whitney, Coquette, Mud Creek, and Ash Creek, though only Whitney Falls has a relatively maintained trail. The remaining waterfalls require some ingenuity to appreciate.

A 20-minute stroll through an old growth conifer forest to a volcanic rock outcrop that offers panoramic views of the McCloud and Sacramento River Canyons, as well as the illustrious Mount Shasta. At just .5 miles, this trail is suitable for novice hikers and is a popular stop for visitors to Shasta-Trinity.

A 1.5-mile maintained footpath connects to three scenic waterfalls. From the parking lot, hikers can take a quick trip to an overlook that sits directly above the falls before heading down the trail. McCloud River, whose subterranean waters come from the heart of Mount Shasta, is known as one of the area’s most scenic waterways. Picnic areas are also found near Upper and Lower Falls, making for the perfect picnic in the woods.

Offering a myriad of options, the Castle Lake Trail system is a popular destination for hikers looking to trek a little further off the beaten path. The trek to Heart Lake, in particular, is a popular day hike that features incredible views above Castle Lake, Mount Shasta, and Black Butte. Adventurous travelers will often continue on from Heart Lake to take in the sweeping views at the Castle Lake Overlook, which sits over the Siskiyous. From there, hikers can choose to climb several surrounding peaks or make the trek to Little Castle Lake to take a dip.

Castle Crags is a dramatic and well-known rock formation that sits along the Sacramento River. Castle Crags State Park, which protects craggy rock formations that are over 170 million years old, sits on both sides of Interstate 5 and is protected by the Castle Crags Wilderness in Shasta-Trinity National Forest. Castle Crags offers 28 miles of hiking trails, 76 developed campsites, and is an excellent basecamp for exploring both Shasta and Siskiyou Counties. One of the most popular and challenging trails in this area is the Crags Trail, which leads to the base of Castle Dome. However, visitors can also hop on the Vista Point trail, which offers incredible, panoramic views of Mount Shasta and the surrounding wilderness.

If you’re unable to summit Mount Shasta, Mount Eddy is the next best option. For being the highest point in Trinity County and the second highest in the region, the ascent to the top of Mount Eddy is surprisingly modest. The route to the top of this majestic peak is a class 1 climb that stretches for 9.4 miles and gains approximately 2,850 feet in elevation. Along the way, hikers will be surrounded by lush meadows and the spectacular Trinity Divide. The best time to attempt this climb is from early July to late October.

Sitting just 6 miles south of the summit of Mount Shasta, Mount Shasta Ski Park is a ski resort that is best-known for all-seasons, epic outdoor recreation potential. The ski park receives 275 inches of snowfall each year and features 425 acres skiable terrain, as well as a terrain park. After a night skiing under the stars or a day of tubing, visitors can warm up and grab a bite to eat at the lodge. During summer months, the ski park transforms into a mecca for mountain biking and hiking and offers scenic chairlift rides. Nearby, reputable hotels and inns like the Mount Shasta Inn, McCloud Hotel and Mount Shasta Resort offer a special ‘ski and stay’ package for Ski Park visitors.

Nestled within the shadow of Mt. Shasta, this tiny community sits just 15 minutes east of Mt. Shasta city and the nearby Mt. Shasta Ski Park. Despite its modest size, McCloud is known for its variety of outdoor activities, amenities, and charming boutiques. At the center of town, the historic McCloud River Mercantile and Hotel offers twelve uniquely themed rooms that are encapsulated in McCloud’s rich history.

Known as an alpine community and one of the fastest growing tourist destinations in Northern California, the mountain’s namesake city, Mount Shasta, is the perfect destination for outdoor enthusiasts looking to explore the Shasta-Trinity National Forest. Within proximity of the city, visitors will find hundreds of miles of hiking and biking trails, stunning mountain vistas, and tranquil alpine lakes. One of the larger cities in this region, Mt. Shasta offers a variety of accommodations including hotels, bed & breakfasts, resorts, and a few secluded retreats. 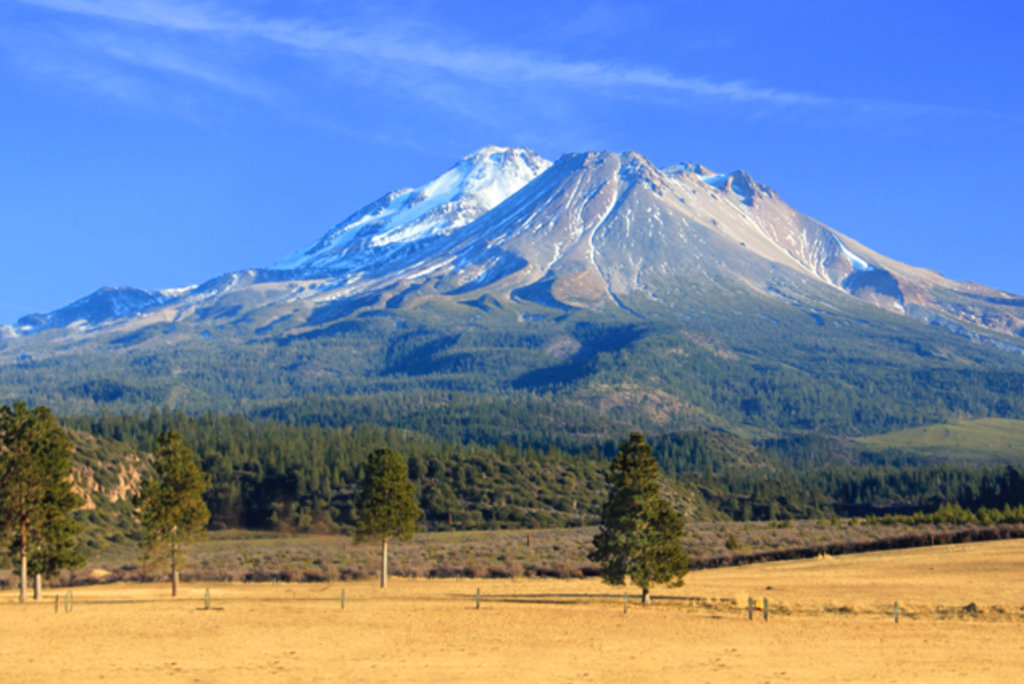 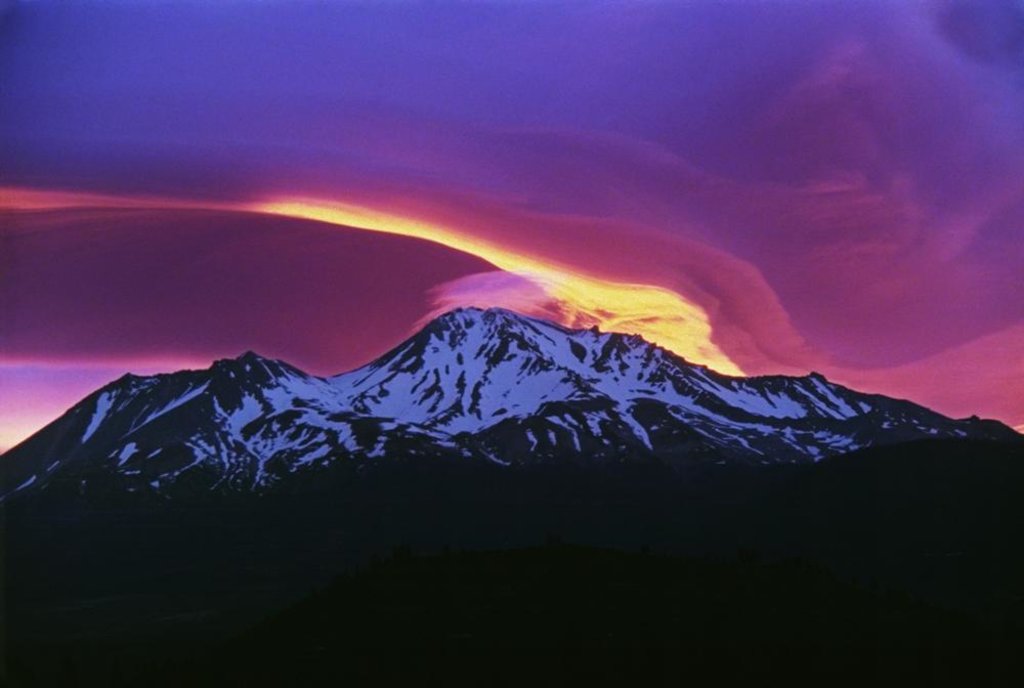 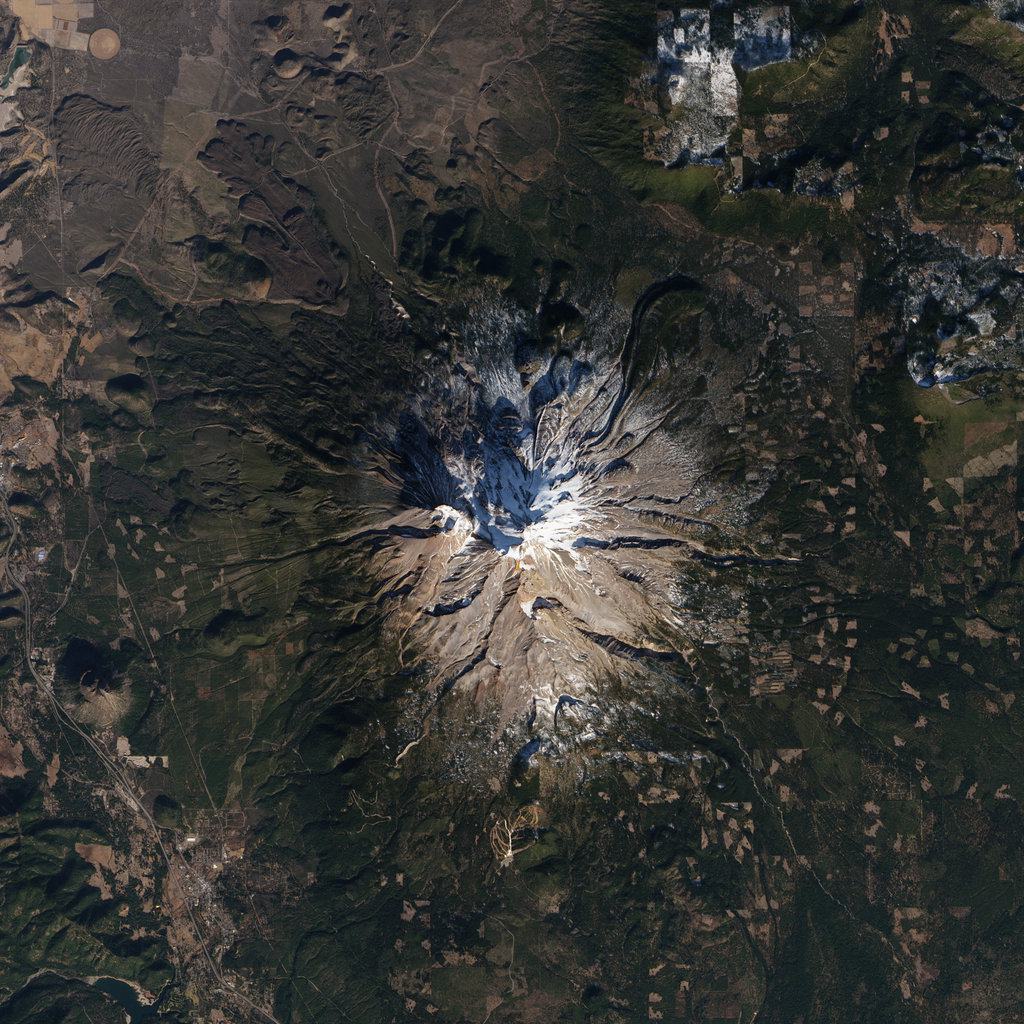 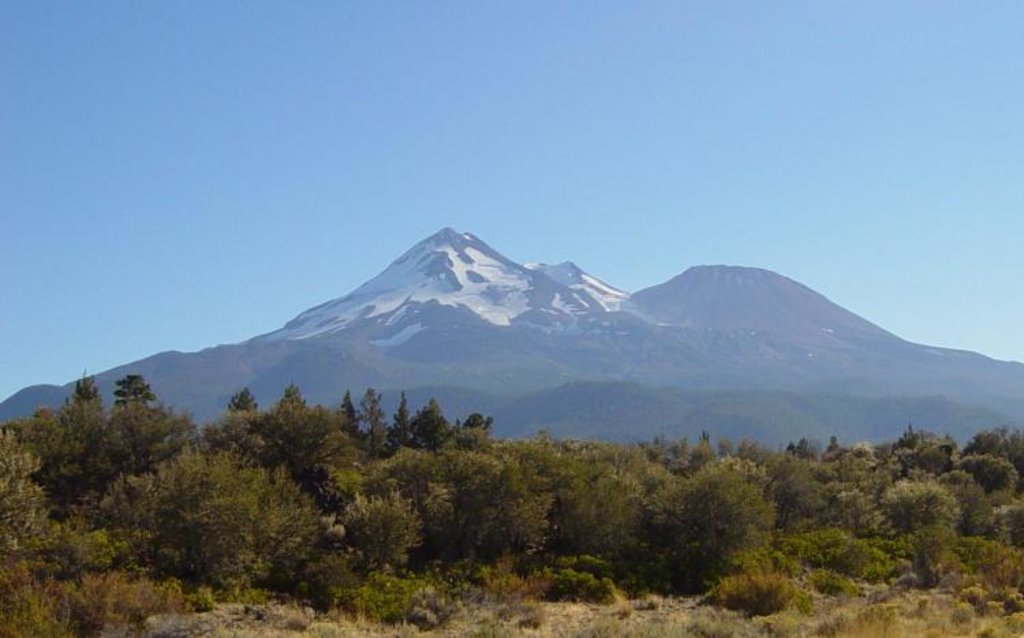 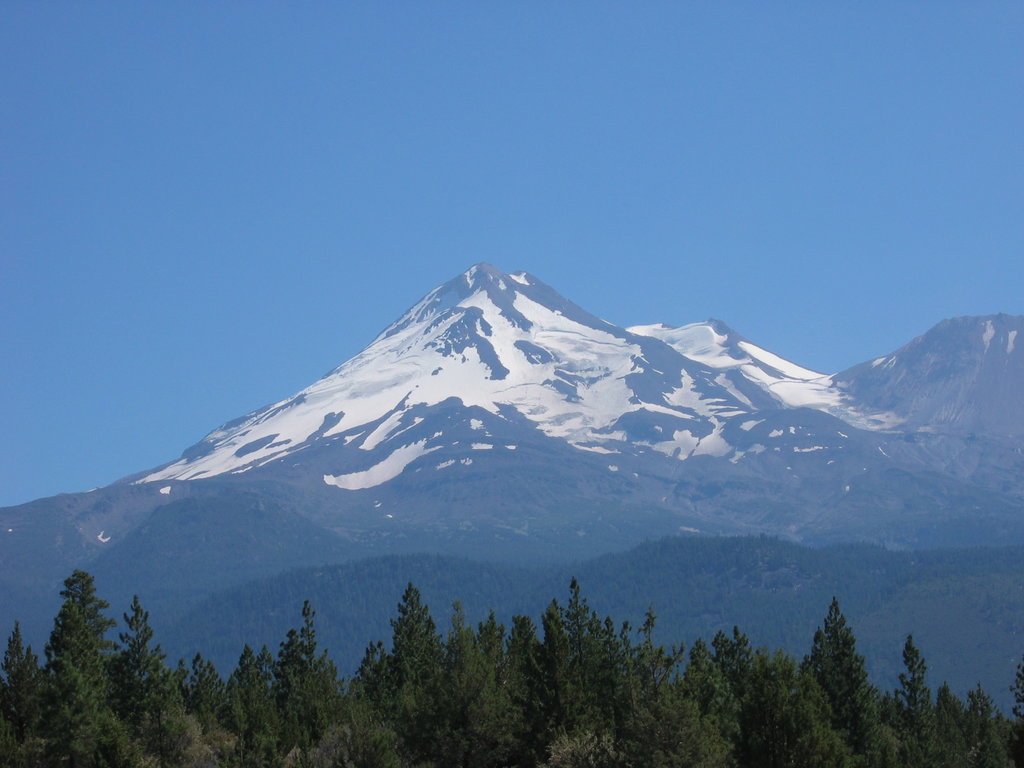 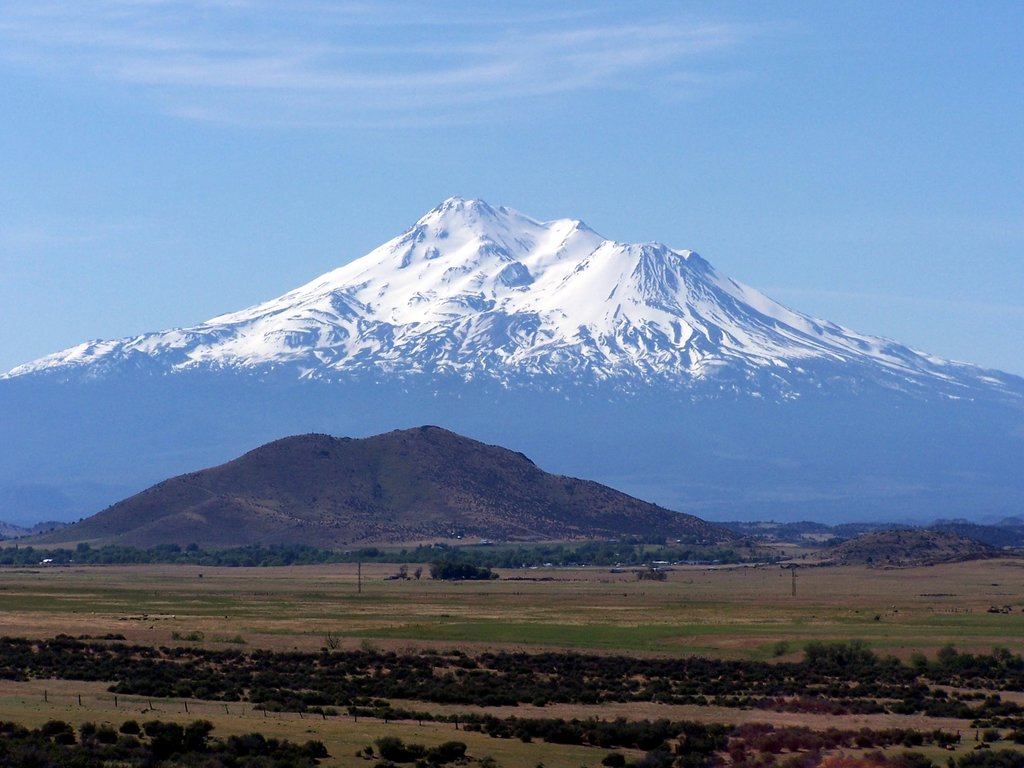