Aptly named for its snow-covered peaks, the Snow Mountain Wilderness is a federally-protected wilderness area in the northern part of the US state of California. It contains 58.9 square miles (152.5 sq. km) of land and is home to 8 named peaks, the highest and most prominent of which is Snow Mountain East (7,051ft/2,049m). 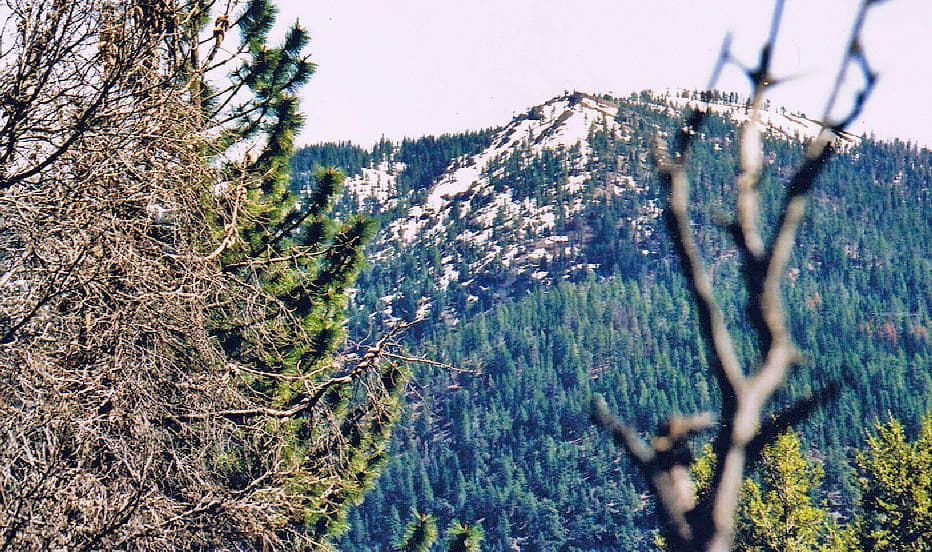 The Snow Mountain Wilderness is located in Lake, Glenn, and Colusa counties, just to the north of the San Francisco Bay Area. It is managed by both the Berryessa Snow Mountain National Monument and the Mendocino National Forest.

The peaks within the Snow Mountain Wilderness are part of the Northwest US Coast Ranges, which stretches from the north of the San Francisco Bay Area, through northern California, Oregon, Washington, and to British Columbia in Canada.

In this region, the bedrock dates back to the Jurassic, Cretaceous, and Tertiary periods. During this time, massive amounts of sediments had piled up on the ocean floor, creating what is now known as the Franciscan Complex.

The Franciscan complex is mostly sedimentary, composed primarily of shales, conglomerates, sandstones, and greywacke that have undergone low-grade metamorphism. Interestingly, the Franciscan Complex stretches throughout California, as far south as the Central Coast, where outcroppings can be seen throughout the California Ranges.

Additionally, the region is highly seismically active, due to its location near the San Andreas Fault. This tectonic activity has played a huge role in shaping the region into what it currently looks like today.

Within the Snow Mountain Wilderness, the landscape is dominated by mixed conifer forests of Jeffrey pine, incense cedar, white fir, black oak, and red fir. There is also a substantial amount of mountain mahogany, which provides essential nutrition for local wildlife. Moreover, the wilderness is home to a number of rare plants, including the Sonoma manzanita (Arctostaphylos canescens ssp. sonomensis) and the bentflower fiddleneck (Amsinckia lunaris).

As far as wildlife goes, the region is home to a sizable population of black-tailed deer, as well as tule elk, ospreys, butterflies, river otters, bald eagles, and a significant portion of California’s dragonfly species.

The Snow Mountain Wilderness has seen a number of major wildfires in recent years. One of these fires, the 2001 Trough Fire, started in the Mendocino National Forest by human causes and burned 39 square miles (101.1 sq. km) of forest and habitat for local wildlife.

Humans have called the region that is now the Snow Mountain Wilderness home for thousands of years. A number of groups, including the Miwok, Wappo, Huchnom, Yuti, Nomlaki, Wintum, and Pomo consider the region to be part of their ancestral homelands.

By the 1800s, Europeans began to settle around what would become the Snow Mountain Wilderness, particularly during the rancho era when Alta California was under Mexican rule. While the regions to the south of the Wilderness were mostly agricultural during this time, the northern part of the area was heavily mined for mercury, particularly at the height of the California Gold Rush.

The Snow Mountain Wilderness is home to 37 miles (60km) of maintained trails and another 20 miles (32.2km) of unmaintained trails. There are 8 primarily trailheads that provide access to the wilderness and its ample recreation opportunities. Here are some of the best places to check out:

The trail to the summit of Snow Mountain West Peak is 8.4 miles (13.5km) long and has plenty of great wildlife viewing opportunities. It starts from the Summit Springs Trailhead and climbs steadily up to the summit, where you can take in views of the surrounding landscape

The Bear Wallow Trail is a 6.4 mile (10.3km) hiking path that offers a nice walk through chaparral, mixed pine forests, and good views of Snow Mountain. The trail spends a lot of time near Bear Wallow Creek, which offers good fishing opportunities and a healthy population of native rainbow trout.

Here are some of the best places to stay near the Snow Mountain Wilderness:

The city of Santa Rosa is home to over 176,000 people and is the cultural center of California’s Wine Country. It is just to the north of San Francisco and just south of the Snow Mountain Wilderness. Santa Rosa is well connected by road and train, plus it has a small airport with regular flights around the western USA.

While Chico does not currently have an airport with commercial air service, it does have good train and road access to the surrounding region. It also is just a short drive from Sacramento, which has great transportation links around the world. 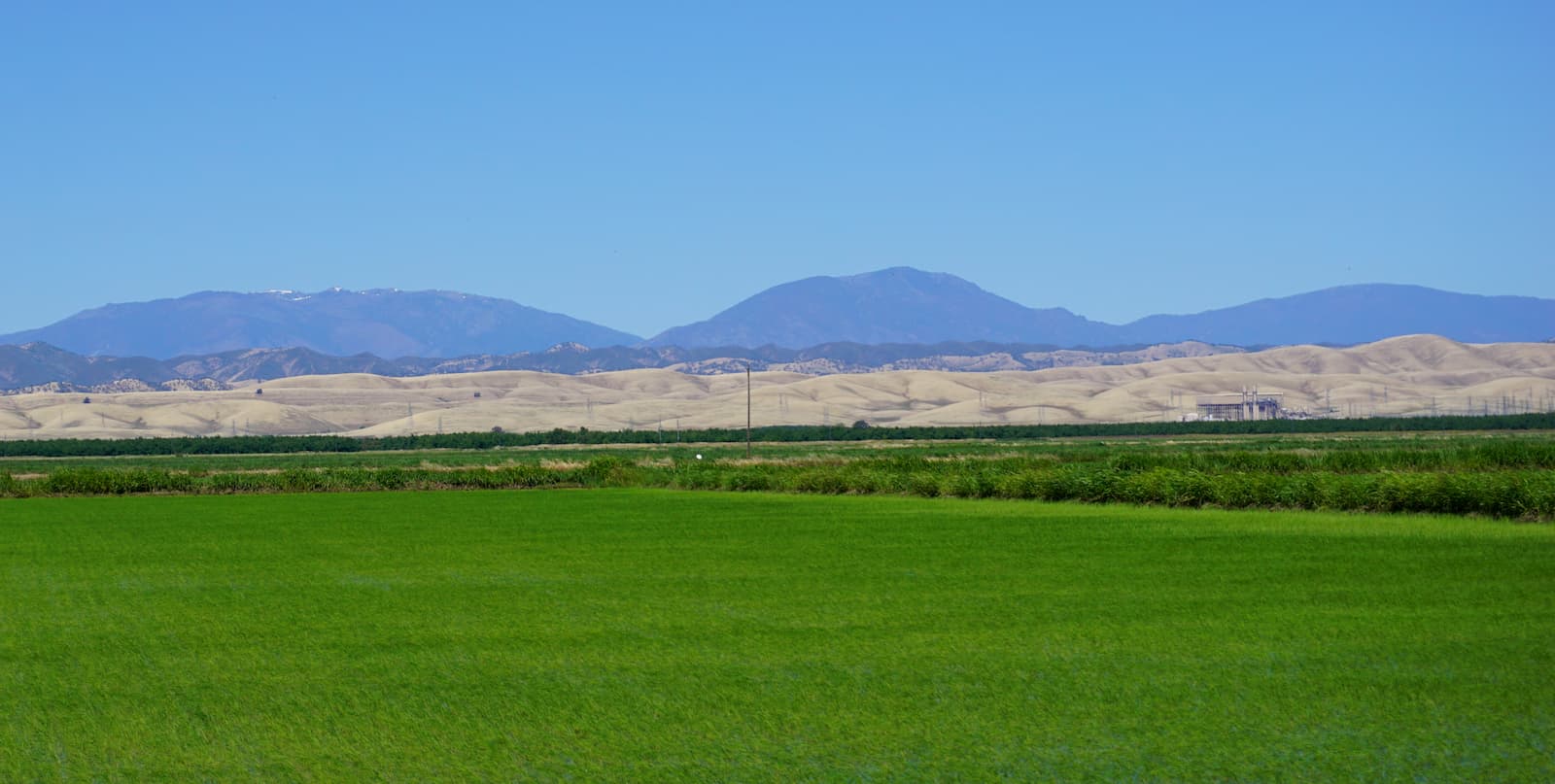 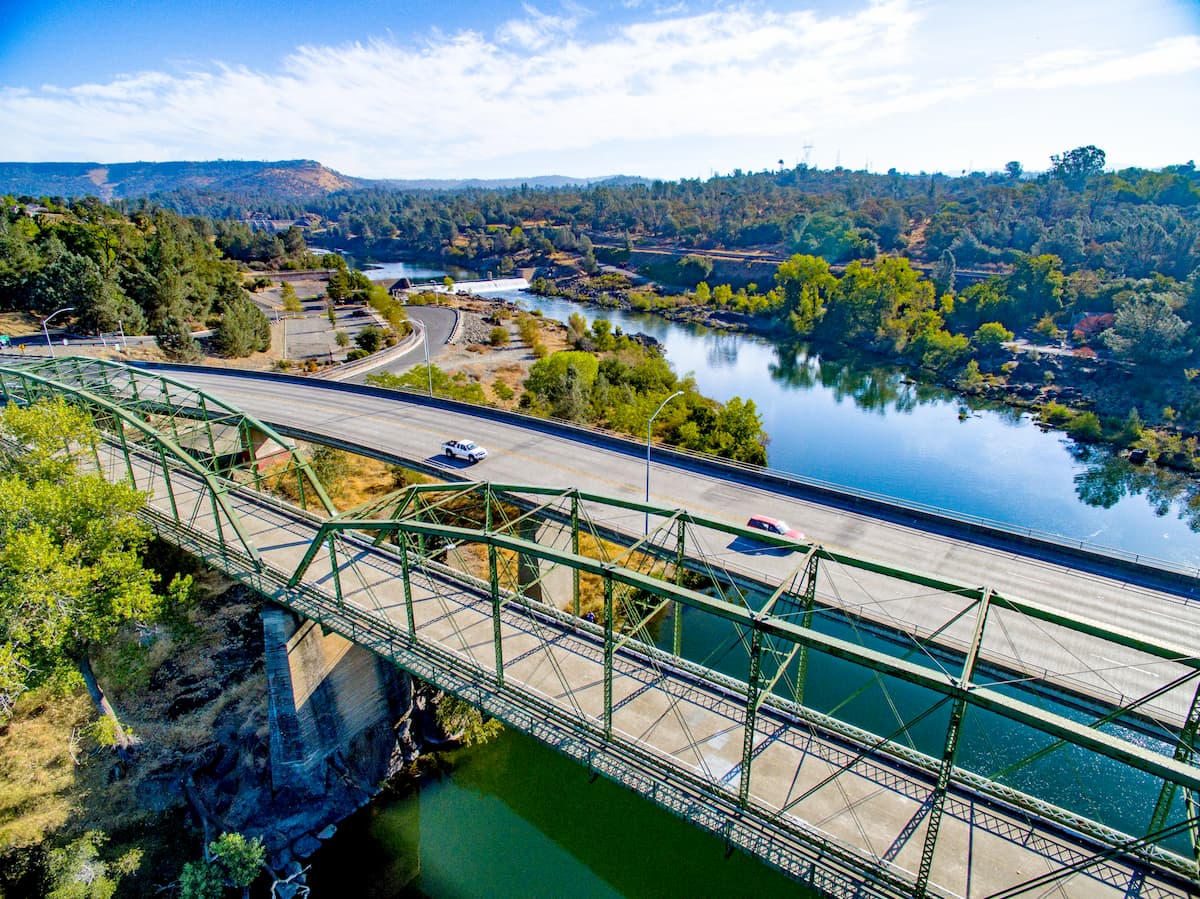 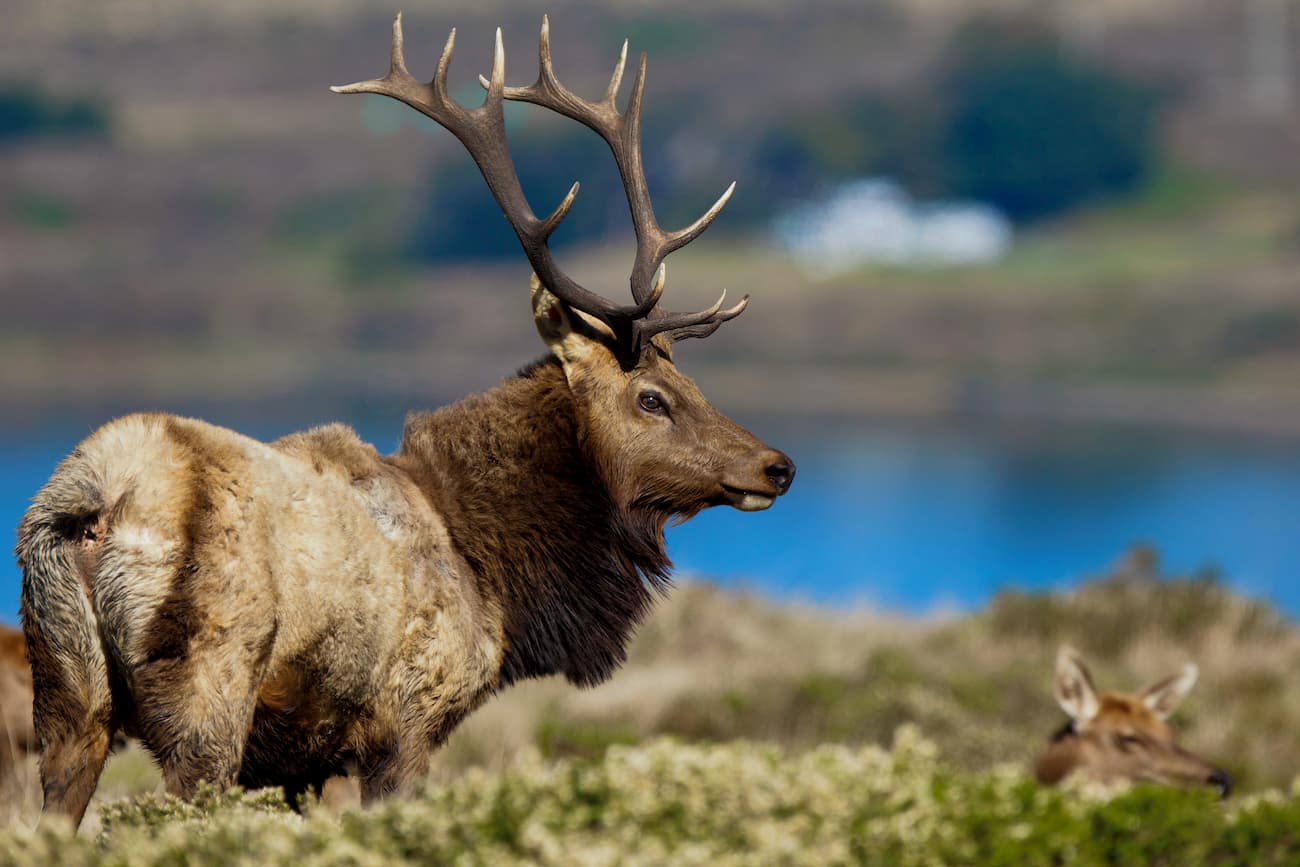 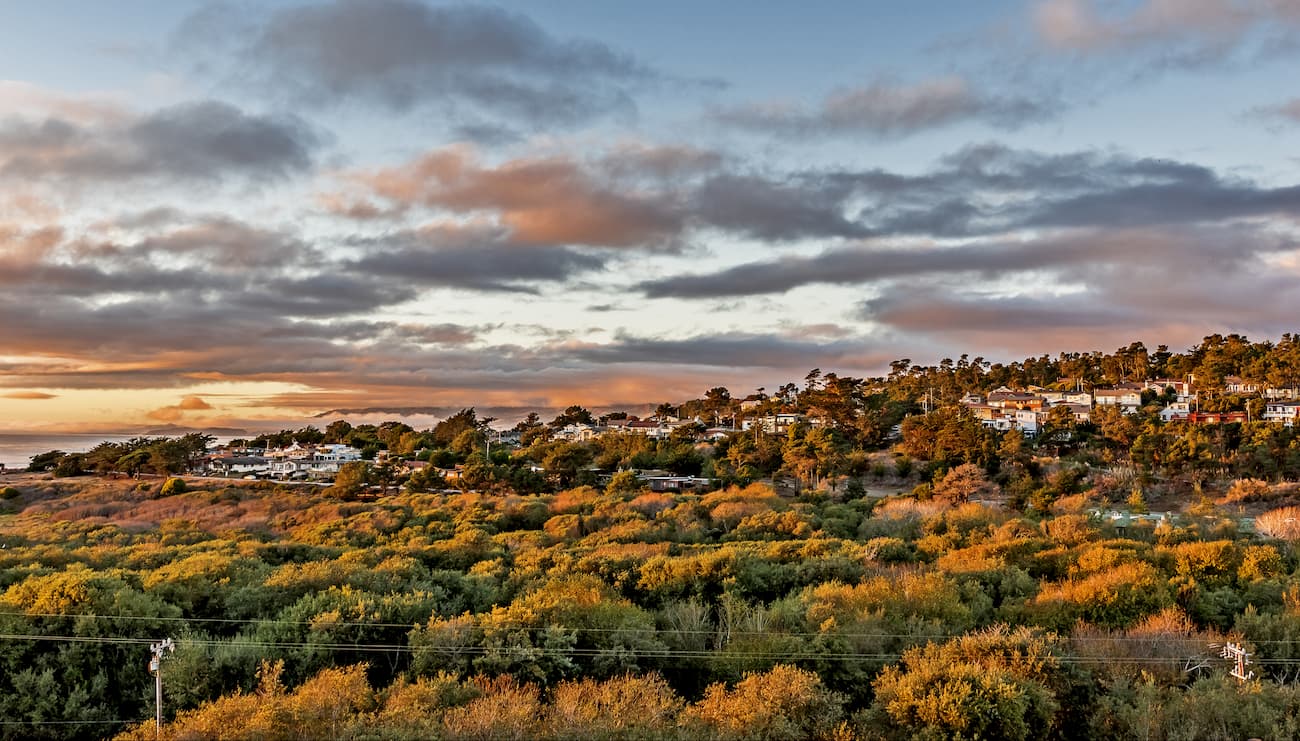 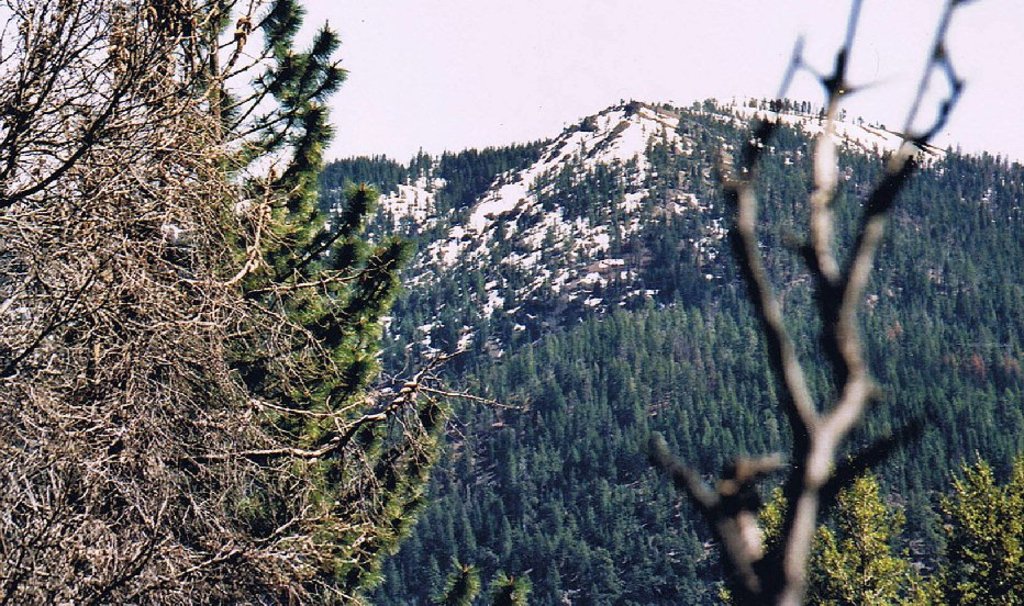 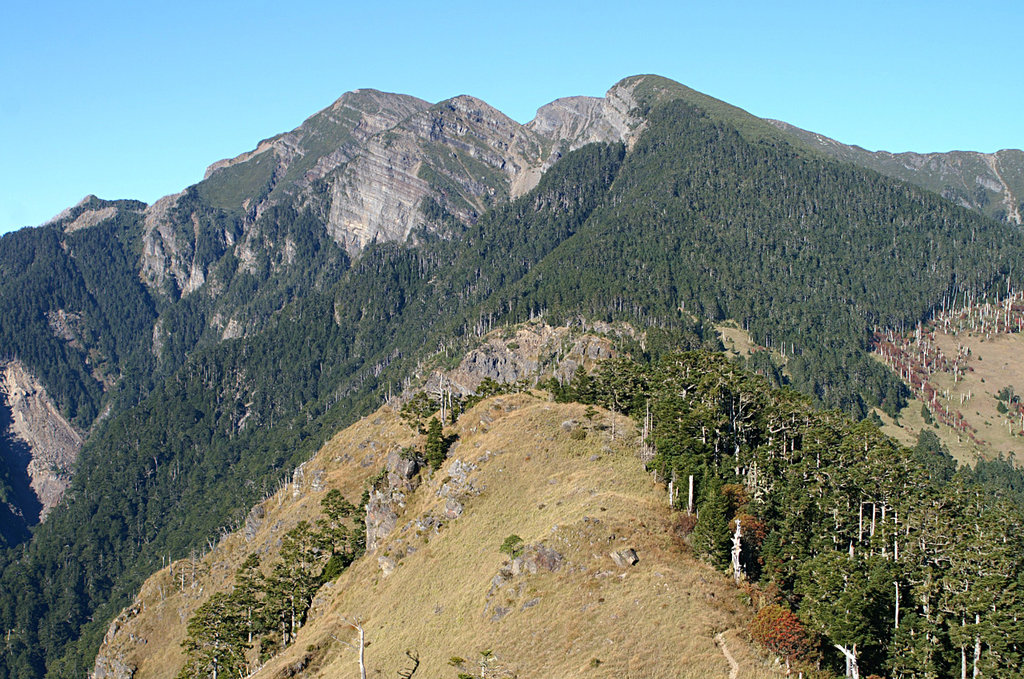