Trentino-South Tyrol is one of the 20 regions of Italy. It is located in the northern part of the country along the border with Austria, with which the region shares a profound cultural heritage. The main natural feature of the region is the Alps, and, in particular, the Dolomites. There are 3992 named mountains in Trentino-Alto Adige/Südtirol, the highest of which is Ortler / Ortles (3,905 m / 12,812 ft) and the most prominent of which is Marmolada (3,342 m / 10,964 ft). 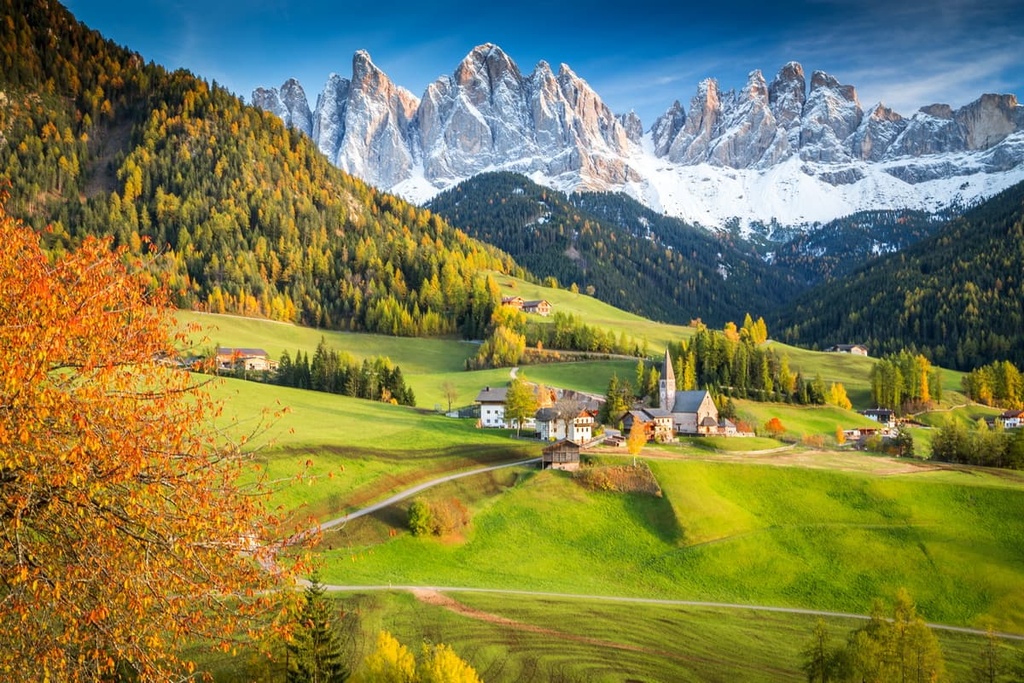 The other name for Bolzano, Alto Adige, refers to the fact that South Tyrol is located in the upper part of the Adige River, which runs through the entire region from north-west to south.

The name of the region in German is Trentino-Südtirol and in Ladin (the language of the main ethnic group in the Dolomites) it is Trentin-Südtirol.

The region of Trentino-Alto Adige/Südtirol borders the Italian regions of Lombardy and Veneto to the west, south, and east. It also borders the Austrian region of Tyrol and the canton of Graubünden in Switzerland to the north.

Internally, the region consists of 132 municipalities (16 in Trentino and a 100 more in South Tyrol).

How to Get to Trentino-Alto Adige/Südtirol

The two largest cities in the region, Trento and Bolzano, can be easily and quickly reached by car or bus (local Trentino Trasporti, ATV Verona, Südtirol Mobil, Dolomiti Bus, and international Flixbus) from Verona in the south and Innsbruck in Austria in the north. There are also Trenitalia trains that can take you to the Italian-Austrian border.

The nearest international airports to the region are also located in Verona and Innsbruck. They offer connections to many large cities in Europe and the world.

In the region itself, it is best to travel by car, bus, or train. But in some parts, you can travel primarily by bicycle. For example, almost all of South Tyrol can be covered by the route Ciclovia Alto Adige, which is about 200 km (124 mi) long. In the southern part of the region, in Trentino, a similar road runs right along the Adige River.

The landscape of Trentino-Alto Adige/South Tyrol is characterized above all by its location in the Alps, but you cannot say that there are only mountains. Because of its geography and human activities, the region holds many unique features that are well worth checking out.

An example of the most important mountains in the region is the Dolomites. With regards to other non-mountain features in the region, there are simply too many to choose from.

In the northwest of the region, there is a point where the borders of three countries converge: Italy, Austria, and Switzerland. Or, in the south, the region borders Italy’s largest lake, Garda, which has a mild Mediterranean climate that makes it abundant with olives, grapes, and other heat-loving crops.

You can learn more about the many features in the guides to South Tyrol and Trentino, so here, we will just list some of the highlights:

Trentino-Alto Adige / Südtirol is an autonomous region in Italy, which means that it has extensive rights to self-governance in political, economic, cultural, and other matters. In other words, it is more independent than some other regions. It has had this autonomy since 1972 and this makes it quite different from other Italian regions.

This autonomy is due to the fact that, since it is located between Italy and Austria, it has long shuffled between the two countries. For example, it has been, at different times in history, part of the Roman Empire, the Austro-Hungarian Empire, and other various kingdoms in both modern Italy and Austria.

Nevertheless, in the region, especially in the province of South Tyrol, German is the predominant language, although Italian is also used. This is because, after the fall of the Roman Empire (the region was conquered by the Romans in 15 BCE), it was divided between different Germanic tribes, including the Bavarians.

The area of present-day Trentino-Alto Adige / Südtirol has been inhabited since about 12,000 BCE at the end of the last glacial period. But historic records of larger settlements in the regions date back to the early Bronze Age from 1800 to 1300 BCE.

As part of the Roman Empire, and for most of its history, the region was called the County of Tyrol. It was established about 1140 CE and ceased to exist in 1919 when, after the First World War, Italy gained control of the region and its German-speaking majority. This situation continued after World War II, despite the efforts of the local population and the Austrians to reunite.

Today, these three regions also form a single territory called the Tyrol-South Tyrol-Trentino Euroregion. This cultural and historic region spans some 12,640 sq. km (4,880 sq. mi), which is twice as large as the province of Trentino-Alto Adige/Südtirol. The boundaries of this Euroregion correspond to the former County of Tyrol, which gave the region its name.

Given all the historical and geographical nuances of the region, Trentino-Alto Adige / Südtirol is of particular interest to the culturally curious traveler. Here you can experience the mixture of two cultures: the Italian and the Austrian-German, while traveling to several countries at once, including also the country of the Ladins, the main ethnic group of the Dolomites, which make up a large part of the region.

Trentino-South Tyrol is one of the six mountainous regions in northern Italy together with Aosta Valley, Piedmont, Lombardy, Veneto, and Friuli-Venezia Giulia. It occupies the central part of the Eastern Alps and is home to a large concentration of ranges and groups.

Here's a list of the ranges and mountain groups of Trentino-Alto Adige/Südtirol according to two popular Alps classification systems: the Austrian-German Alpine Club (AVE) and the Italian SOIUSA.

It is incredibly difficult to choose even a dozen major peaks to highlight in such a large and diverse region. But if we just stick to the superlatives, we end up with the following peaks:

The most unusual-looking mountain is of course Tre Cime di Lavaredo, which is arguably the most iconic series of peaks in the Dolomites.

Among other peaks worth seeing at least once in your life, I would also mention the Seceda in Odle Group, the whole Sella Group, Towers of Latemar, and Cimon della Pala.

In total, there are 15 large natural areas in Trentino-South Tyrol and about two dozen short and long hiking trails. Here are some of the best hiking areas and trails to check out in the region.

The main hiking area in Trentino-Alto Adige/Südtirol is Stelvio National Park in the Ortler Alps as it is the largest in Italy (130,728 ha). The park is located in the northwest of the region along its border with the region of Lombardy.

In addition, in Trentino-Südtirol you can find four more regional nature parks located in the Dolomites:

There are several other similar parks in the Dolomites, which are all located partly in the region along its border with Veneto and Lombardy, namely:

Finally, there are several other small and large parks in Trentino-Alto Adige that are located in other mountain groups, but that are also worth checking out. These include:

But that’s not all. There are even more parks located on the region's borders that can be accessed from Trentino-Alto Adige/Südtirol with minimal hassle. These include:

But there are at least a few dozen nature reserves in the region, too. This includes places such as Tre Cime del Monte Bondone Integral Nature Reserve near the city of Trento.

As for hiking trails themselves, they can be classified in one of two broad categories: trails that lead to summits and long distance trails. Routes in the region range from 1–2 days to a week or more. Some of the best known trails include:

Don’t forget that you can always create your own route in the Dolomites and other mountains in the region. One of the easiest ways to do this is to combine sections of trails using PeakVisor’s 3D Maps and different navigation features.

Dolomiti Superski is the main and largest skiing and snowboarding area in the region of Trentino-Alto Adige/Südtirol. Here, you can find nearly all of the 12 ski resorts that are part of the system, including:

These ski areas are primarily located in South Tyrol in the eastern part of the province.

The second largest ski area in the region, Skirama Dolomiti Adamello Brenta, is located in the western part of Trentino. It includes eight resorts, such as Madonna di Campiglio, Pinzolo, Folgarida-Marilleva, and Pejo, among others.

In both provinces of the region, you can also find more than 30 individual ski resorts outside these two systems. They offer the same world-class level of pistes, lifts and other services but with (generally) fewer tourists. For example, you can check out:

To find out about which slopes are open in real-time, visit the Trentino-Alto Adige / Südtirol region page in the World Mountain Lifts section of PeakVisor’s website.

If you’re making a trip to the Trentino-South Tyrol region, be sure to visit the official tourist centers, which are located in almost all the region’s cities. Iin Trento and Bolzano, you can visit the following tourist offices:

Choosing accommodation in the Trentino-Alto Adige/Südtirol is not an easy task. But, of course, not because it does not exist, but, on the contrary, because there are too many options to choose from.

For example, in the province of Trentino, there are 145 mountain huts, not to mention other types of housing, like B&Bs, farms, and campgrounds.

In particular, farm stays are very popular here. In Italian, they are called agriturismo and function as a mix of traditional family restaurants where they cook with natural products, and B&Bs where you can stay overnight as soon as you leave the dinner table.

In addition, agriturismos are located in picturesque places. From many of the agriturismos, you can also hike in the surrounding mountains, rent a bike, and enjoy other similar activities.

You will also find many campsites in Trentino-Alto Adige/Südtirol, even at the foot of the region's most prominent mountain, Marmolada.

As far as lodging goes, it is also useful to know that the region has two distinct seasons: summer from June to October and winter from December to April. During the off-season, many hotels close due to a lack of visitors, but not all do. This is a good opportunity to stay somewhere inexpensive.

Trento and Bolzano are the two largest cities in Trentino-Alto Adige/Südtirol, and they are the capitals of their respective provinces.

Trento has 119,000 inhabitants while Bolzano is slightly smaller with about 108,000 residents. However, there are more than a million people in the region in total.

The eight other major cities in the region include Rovereto, Pergine Valsugana, Arco, Riva del Garda, and Morì in the province of Trentino and Merano, Bressanone, Laives, Brunico, Appiano sulla Strada del Vino in South Tyrol.

The main smaller towns and resorts in the region include Madonna di Campiglio, Molveno, Male, Fiera di Primiero and San Martino di Castrozza, Predazzo, and many others in Trentino as well as Lüsen, Urtijëi / Ortisei, Toblach / Dobbiaco, Reschen am See / Resia, and others in South Tyrol.

In my opinion, a visit to Trento and Bolzano is very desirable, but not essential. Both are quite large cities, so choose any other smaller town in the region if you prefer a more tranquil vacation.

Interesting towns are also located on the borders of the region, such as Lamon and Feltre in the Dolomites in Veneto region. These towns are located just an hour’s ride to Fiera di Primiero in Trentino, so they’re a great option if you want to see more of northern Italy during your travels. 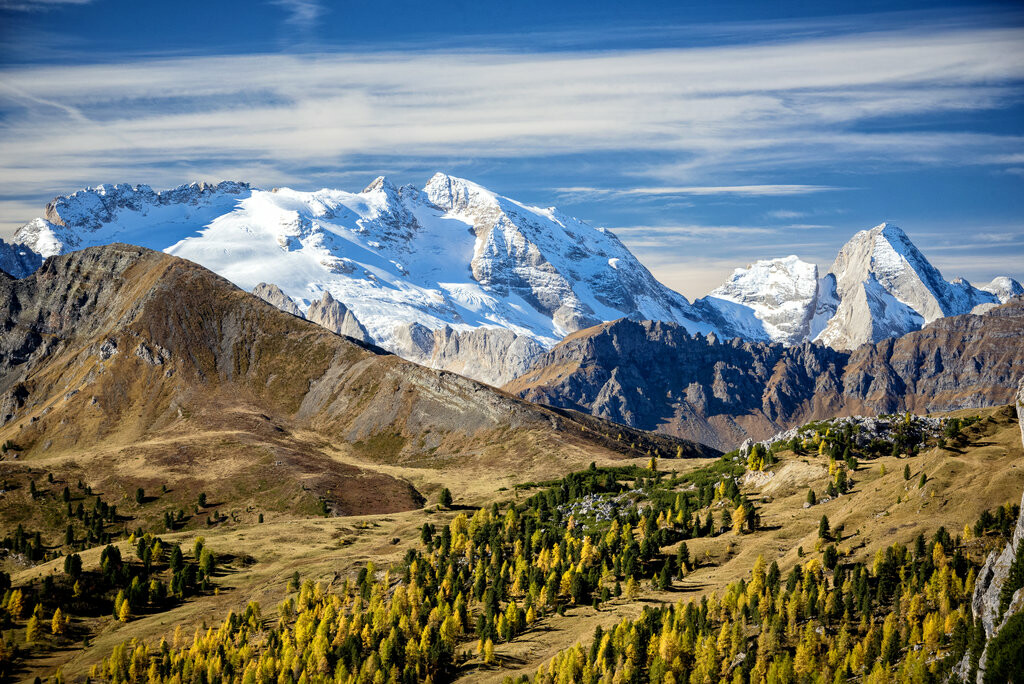 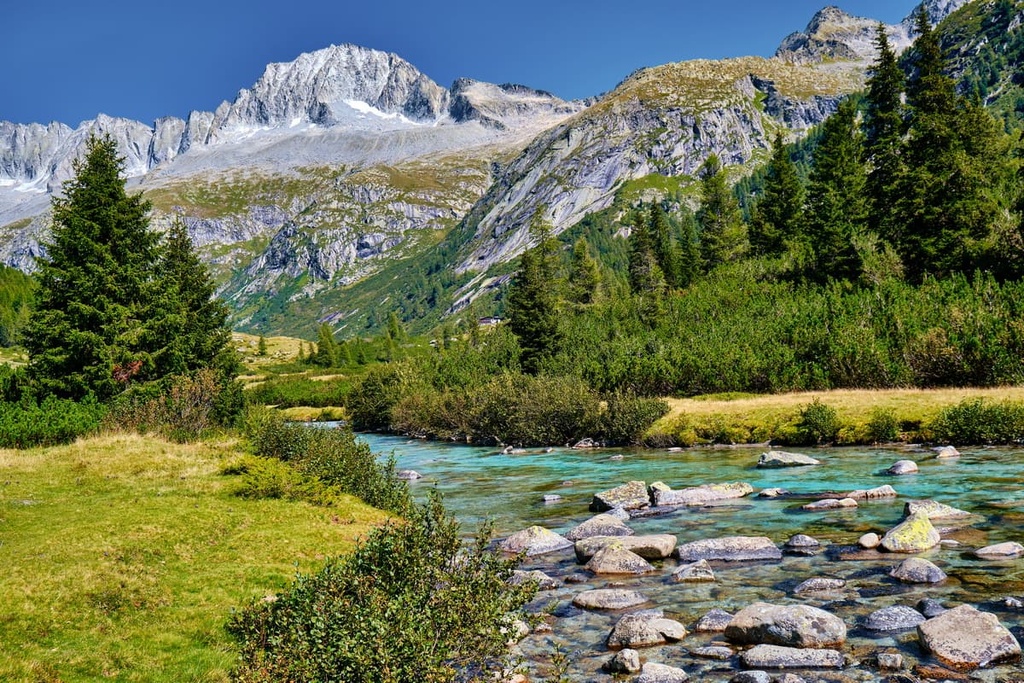 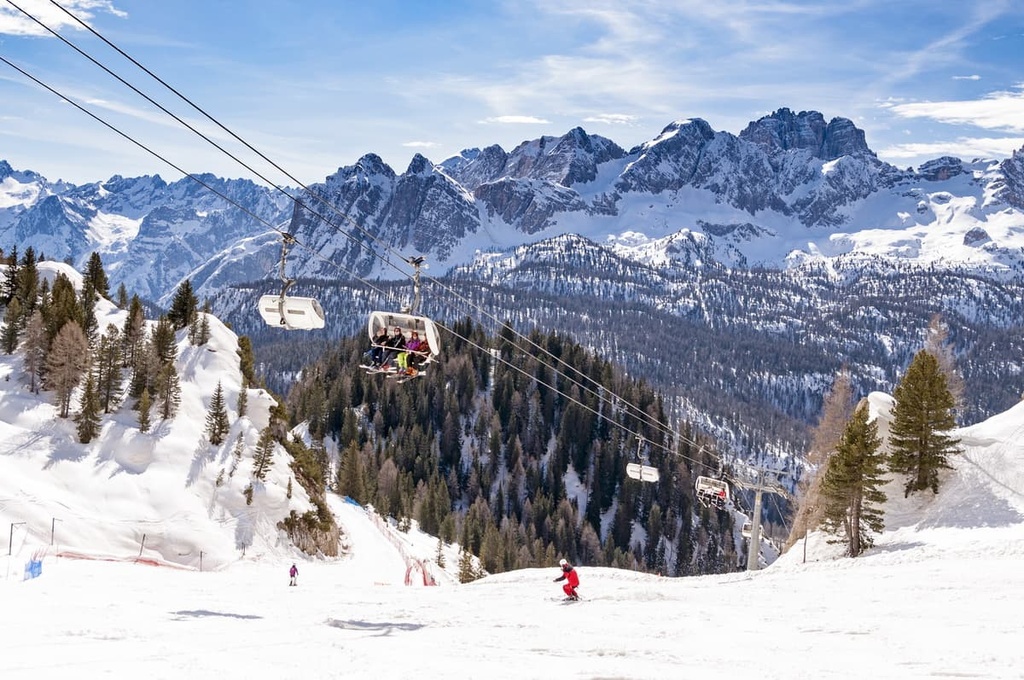 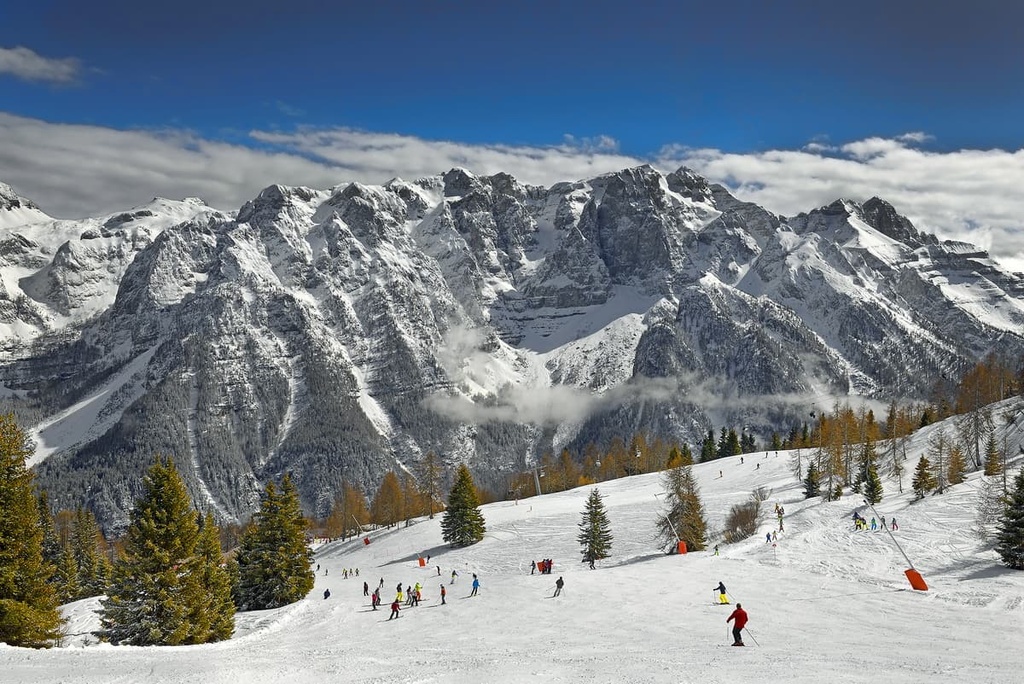 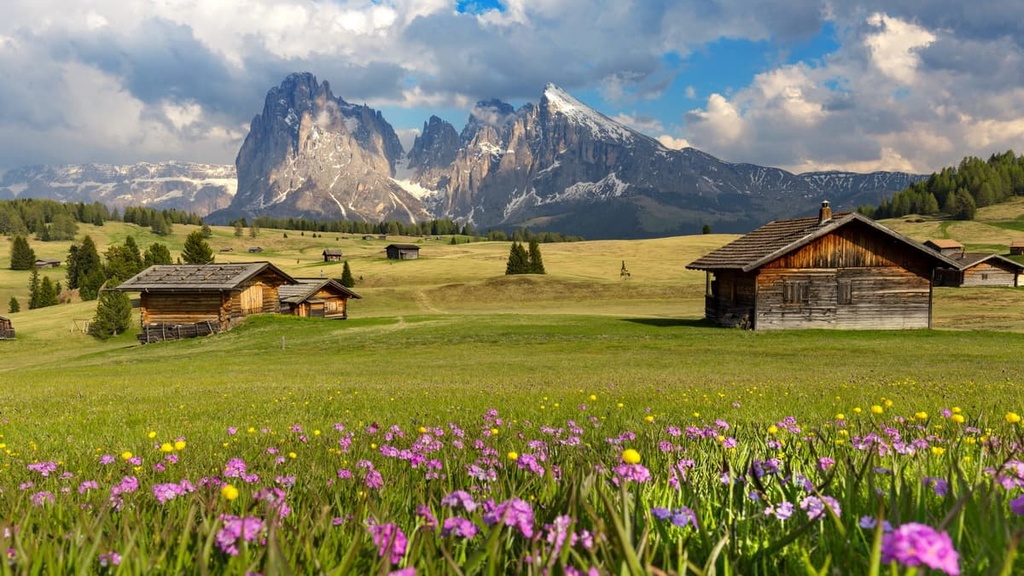 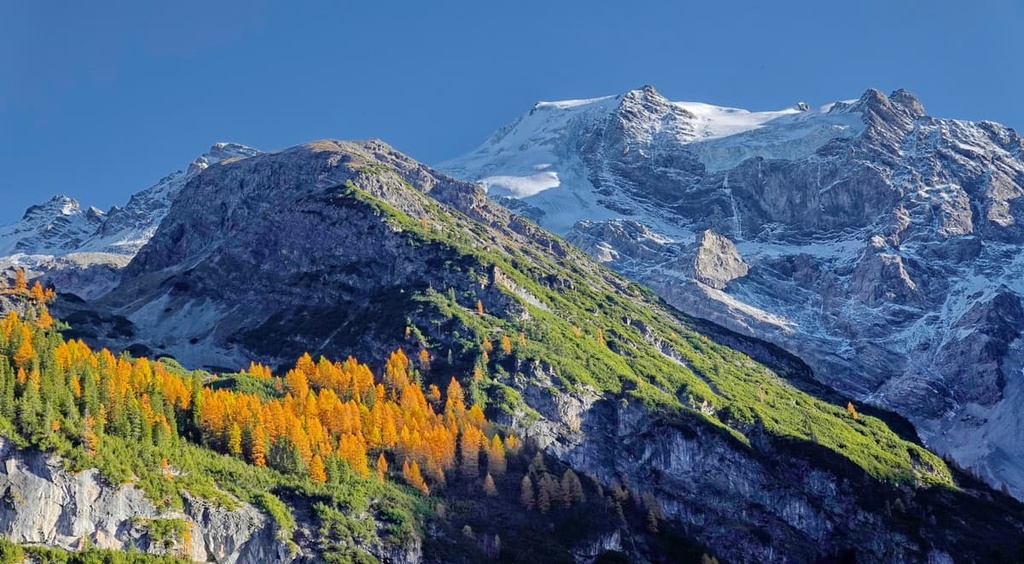