The Southern Rhaetian Alps is one of the main ranges in the Alps. It is located in the Lombardy and Trentino-Alto Adige/Südtirol regions of northern Italy. The main feature of the range is Stelvio National Park and the famous Stelvio Pass (2,757 m / 9,045 ft). The range is also home to two notable subranges: the Adamello-Presanella Alps and the Brenta Group, the latter of which is part of the Dolomites. There are 1199 named mountains in the Southern Rhaetian Alps, the highest and most prominent of which is Ortler / Ortles (3,905 m/12,811 ft). 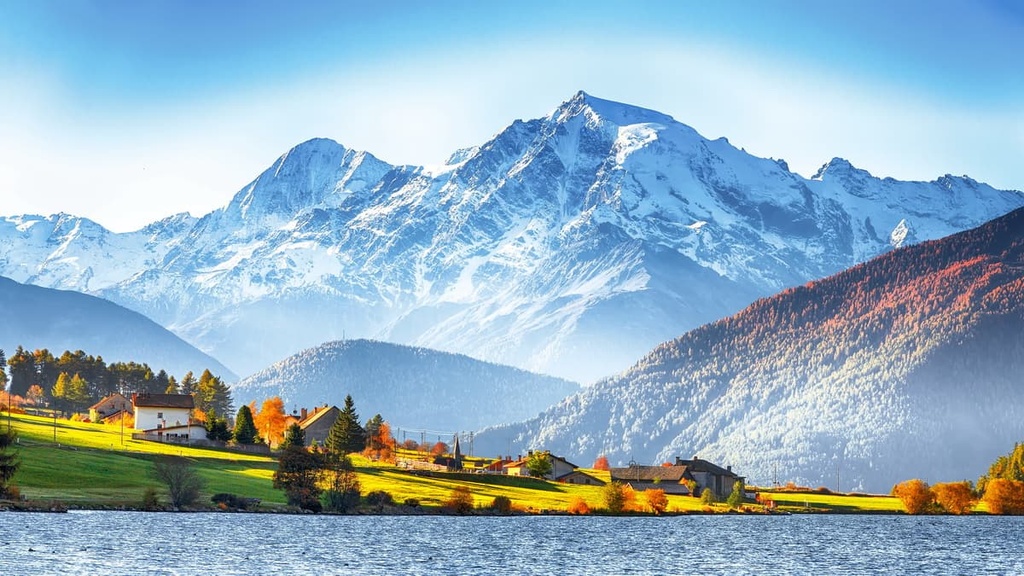 The word Rhaetian likely comes from the Rhaetian people, who were a group of Alpine tribes that lived throughout the northeastern part of Italy as well as a number of other nearby areas in the Alps. They likely first formed a cohesive culture around 500 BCE and they were also known by a number of other names such as Rheti, Rhaetii, and Rhaeti.

The Rhaetic tribes, together with their Celtic-speaking neighbors to the north, the Vindelici, were subjugated by the Romans in 15 BCE. Afterward, their territories were added to the Roman empire to become the province of Raetia et Vindelicia.

Researchers know that the Rhaetian people spoke the Rhaetic language and this language was similar, if not related to, that of the Etruscans. However, the etymology of the word Rhaeti isn’t clear.

We continue to see the use of the word Rhaeti in the Southern Rhaetian Alps’ name in other languages. For example, in Italian, the range is called the Alpi Retiche meridionali and in German, it is called Südliche Rätische Alpen.

How to Get to Southern Rhaetian Alps

The mountains of the Southern Rhaetian Alps consist primarily of sedimentary rocks, such as limestone and dolomite. There are also outcroppings of mica slate, quartz phyllite, marble, and other rock types in the range.

The largest and most famous valleys in this part of the Rhaetian Alps are Adige Valley, Camonica Valley, and Sarca Valley in the south and Valtellina in the north. They are located on the borders of the range. There are also some smaller inner valleys in the range such as Val Rendena.

In the Southern Rhaetian Alps, there are also more than 270 glaciers, the largest of which is Adamello.

Stelvio Pass and Gavia Pass are two of the highest and the most famous passes in the range. Both are crossed by paved roads but they are located in a very remote area, far from any major highway.

The main passes in the range include:

There are so many different rivers, lakes, and streams in this part of the Alps that we could spend a whole article talking just about them.

Among them, however, there are a few major rivers such as Adige, Sarca, and Oglio, which form their namesake valleys. The largest and most famous inland lakes in the range are Molveno, Santa Giustina, and Tovel.

The Southern Rhaetian Alps belong to the Southern Eastern Alps (also known as the Limestone Alps) of the Eastern Alps according to both common classification systems of the Alps: the Italian SOIUSA and the German-Austrian Alpine Club (AVE). However, the AVE only covers the eastern part of the Alps.

Here’s a quick look at how each of these classification systems organizes the different subranges of the Southern Rhaetian Alps.

There are two main hiking areas in the Southern Rhaetian Alps: Stelvio National Park in the north and Adamello-Brenta Nature Park and Geopark in the south. The latter also includes the Adamello Nature Park. Here’s what you need to know about the hiking opportunities in each park.

Stelvio National Park is the largest national park in Italy. It is located on the border of three countries: Italy, Switzerland, and Austria.

Arguably the most famous adventure in Stelvio National Park is La Traversata delle 13 Cime (13 Summits Traverse) which follows a ridge as you traverse the summits of 13 peaks. It is considered a classic mountaineering route in the Italian Alps.

Other notable hiking opportunities in the park include:

Adamello-Brenta Park, which includes the separate Adamello Nature Park, is one of the 10 nature parks located in the Dolomites. Interestingly, it is located away from the major Dolomites subranges.

But the Brenta Group, which features a set of legendary rock towers, is officially recognized as a UNESCO World Heritage Site. It is also a specially designated UNESCO Geopark, which is a testament to its geologic importance. Indeed, it is home to the Adamello Glacier, among other features. Adamello-Brenta Nature Park is also famous for being one of the only Alpine areas that are still home to brown bears.

Good hiking areas in the nature park include:

Keep in mind that the hiking destinations and trails listed above are just the main ones as there are dozens of other trails to check out in each park. You can learn more about other trails and via ferrata routes in the articles for Stelvio National Park and Adamello-Brenta Park.

There are fantastic skiing opportunities, both on- and off-piste in the Southern Rhaetian Alps. For example, the Branca Hut in Stelvio National Park opens in March in order to serve ski alpinists. There are numerous ski tours that you can enjoy around the mountain hut. The most popular tour is likely the route to the summit of Cima Branca.

The Southern Rhaetian Alps are also home to at least 10 major resorts. The first two resorts on the list below also form a single resort called Skirama Adamello Brenta, which features a system of uninterrupted ski trails. It is the second-largest such system in northern Italy after the Dolomiti Superski system.

Within the Southern Rhaetian Alps, some of the most notable ski resorts and their total piste lengths include:

You can learn more about ski resorts in the Southern Rhaetian Alps within the regions of Lombardy and Trentino-Alto Adige/South Tyrol on the World Mountain Lifts page of PeakVisor’s website.

During your trip through the Southern Rhaetian Alps, be sure to visit one of the official tourist offices in the region, which are located in Trento and Bolzano. There are also similar offices and information points in almost all of the smaller towns and resorts in the region.

For example, famous rifugio in the range include rifugio Stoppani in the Brenta Group, rifugio Capanna Presena in the Adamello-Presanella Alps, and Hintergrathütte in the Ortler / Ortles Alps.

The Nonsberg Group is not as high and large as the other three subranges in the region, so it features fewer rifugios. However, it is home to a large number of farms, agriturismos, and unique hotels.

In the Southern Rhaetian Alps, you can stay in one of more than 10 major cities and resorts. The larger cities and resorts are located on the borders of the mountain range and the smaller ones are situated in the interior valleys.

The list begins with Bolzano and Trento—the provincial capitals of the region. Other large cities include Merano and both Pinzolo and Madonna di Campiglio.

Darfo Boario Terme and Endolo are two small but important settlements in the Camonica Valley in the west of the mountain range. If you pass through them, you will reach Tirano in the even larger Valtellina Valley, and if you head toward the east, you will find yourself in Bormio and Ponte di Legno—two other major ski and summer resorts.

Where you should stay and visit in the Southern Rhaetian Alps depends on how long you’re visiting for and on your personal travel style. For a short trip, it’s definitely worth visiting both provincial capitals. If you’re here for a longer trip, check out some of the smaller villages in the valleys.

For example, despite the fact that it is somewhat touristy, I loved it in Madonna di Campiglio. At the end of August during the Italian public holiday Ferragosto, the town looked exactly like the incredible puzzles and drawings of Fabio Vettori, the most famous local artist from Trento. 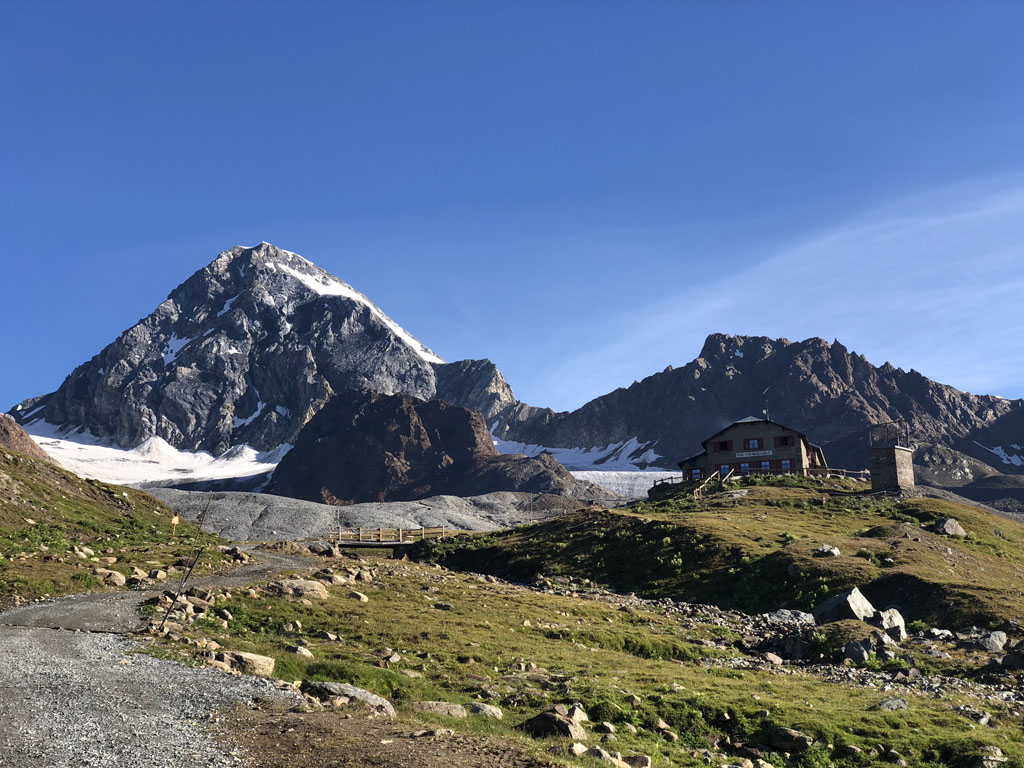 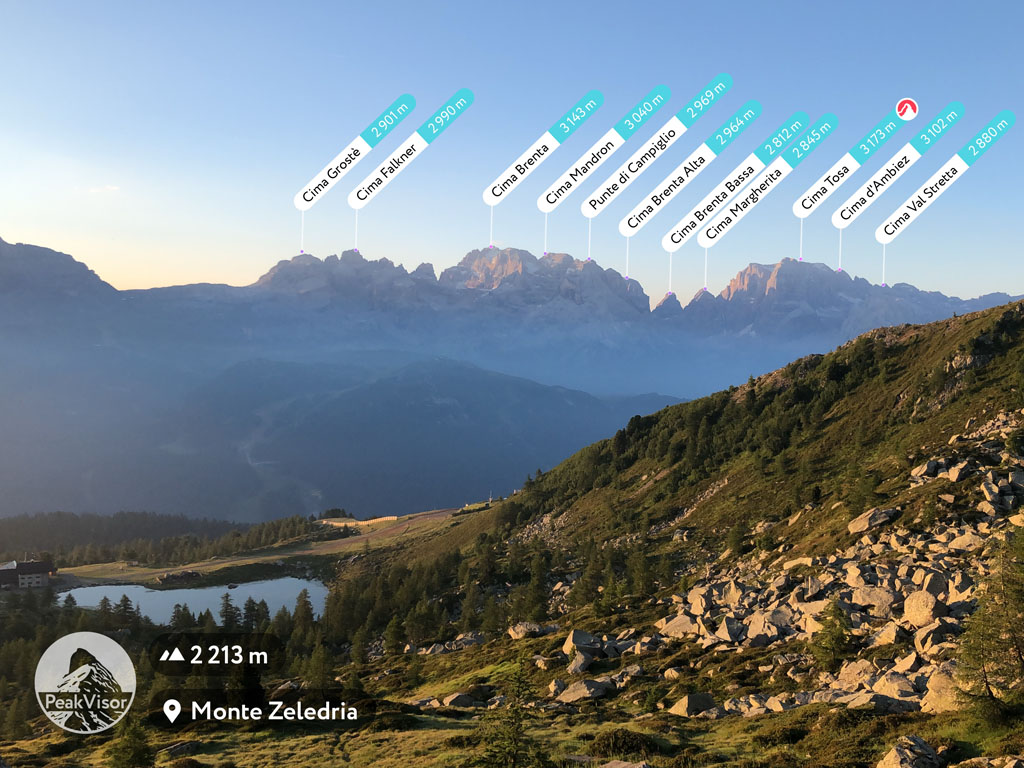 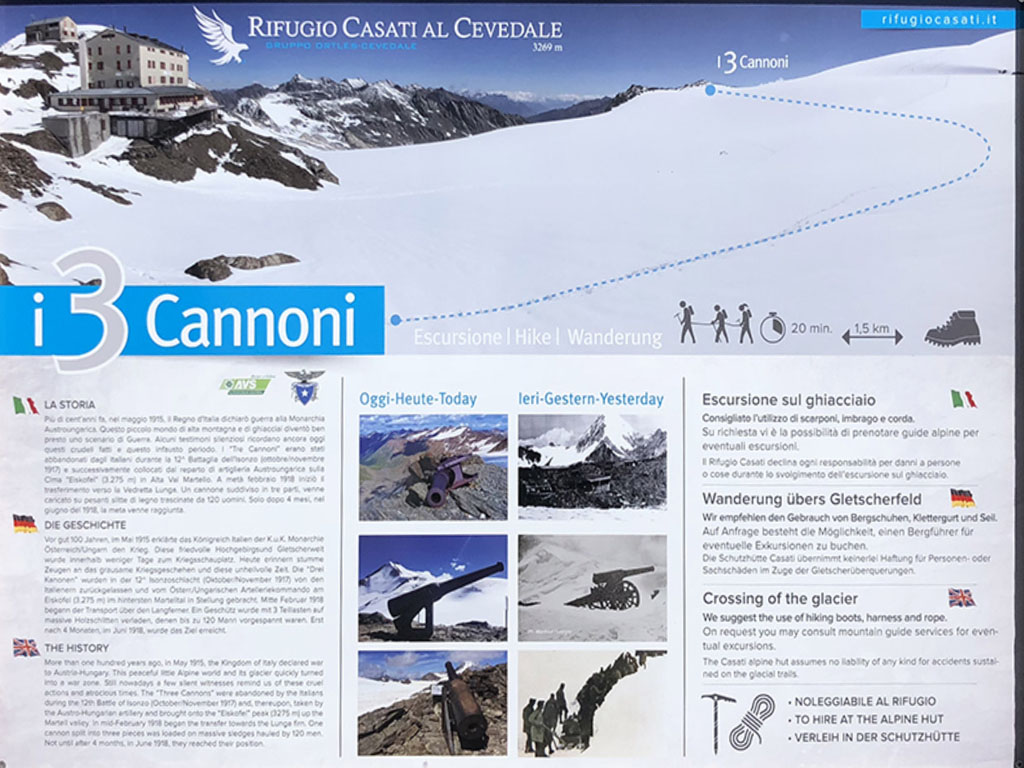 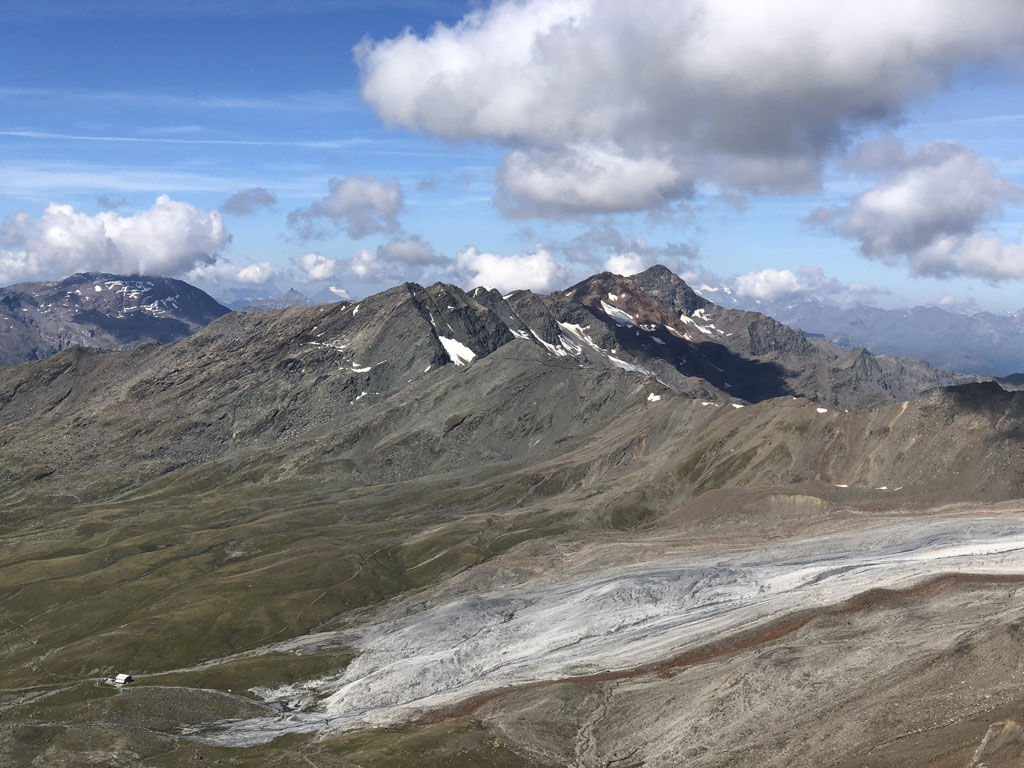 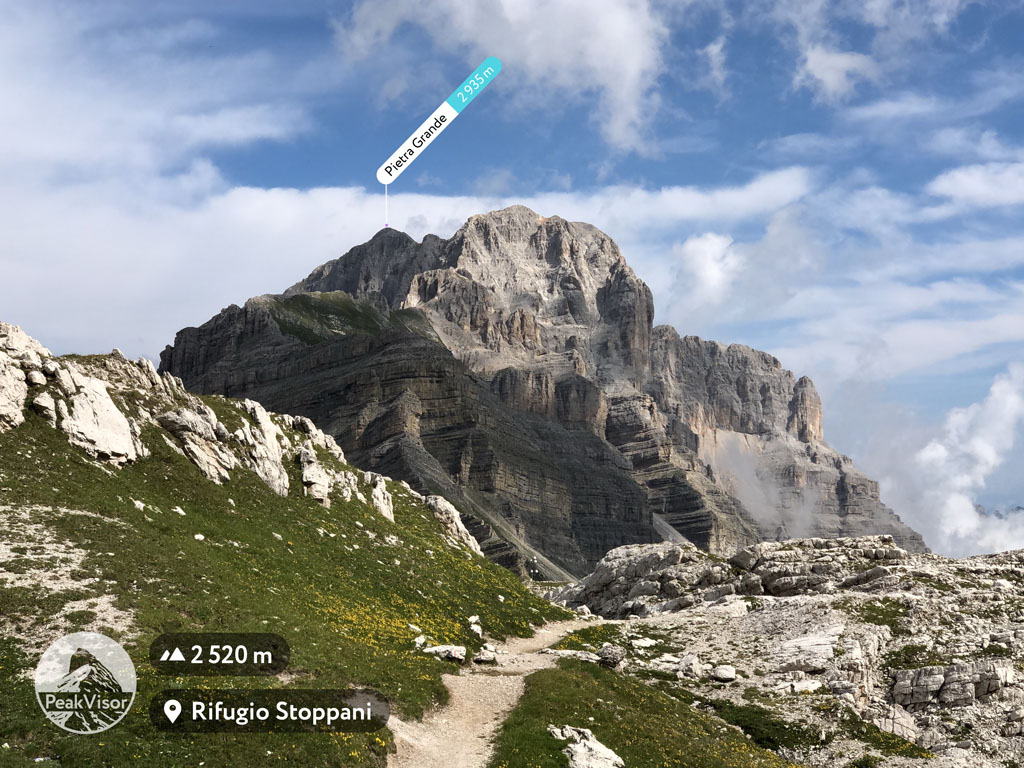 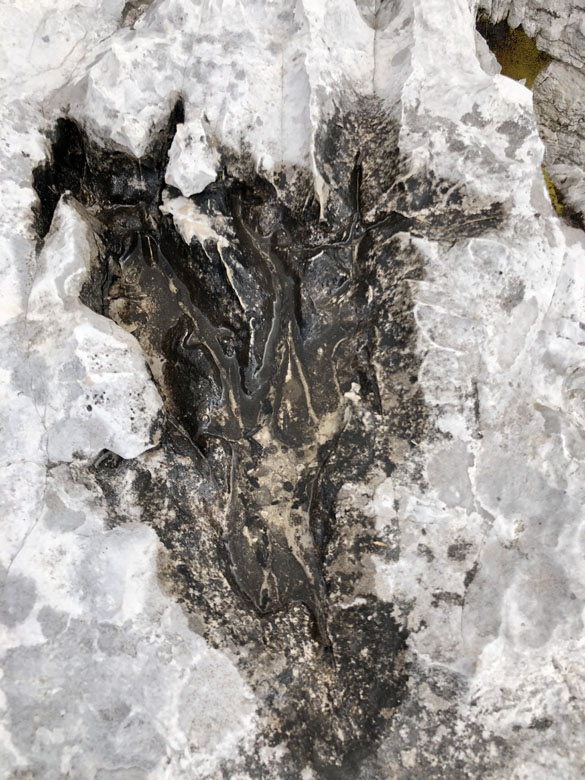 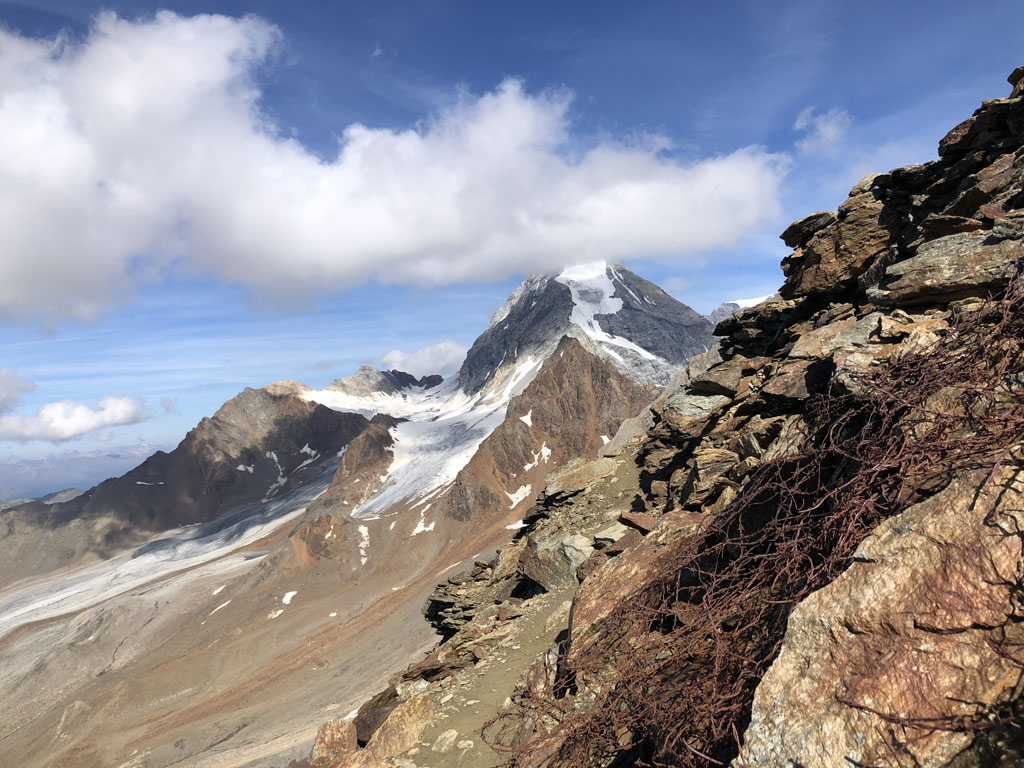