There are 2,007 named mountains in the Western Rhaetian Alps. At an elevation of 4,049m Piz Bernina is the highest and most prominent mountain. It is the only 4,000m peak in the Eastern Alps. Along with Piz Bernina, there is another Ultra mountain in the range: Piz Kesch.

There are three “Rhaetian” mountain ranges in the Alps. Along with the Western Rhaetian Alps there are the Southern Rhaetian Alps and the Eastern Rhaetian Alps. The word Rhaetian comes from the Rhaetian people. They were a confederation of Alpine tribes. Since at least 500 BC, they have inhabited many Alpine regions, including the northeastern Italy. The Rhaeti tribes, together with their Celtic-speaking neighbours to the north, the Vindelici, were subjugated by the Imperial Roman army in 15 BC and their territories were annexed to the Roman empire. So, the Roman province of Raetia et Vindelicia was formed.

The Western Rhaetian Alps range almost entirely belongs to the eastern tip of Switzerland with some territories of northern Italy and western Austria, as well as the whole state of Liechtenstein.

The Engadine is a long high Alpine valley region at the core of the Western Rhaetian Alps stretching from southwest to northeast. It follows the route of the Inn (En in Romansh) river from its headwaters at Maloja Pass running roughly northeast until the Inn flows into Austria, one hundred kilometers downstream. The Inn is the only Swiss river to drain into the Black Sea as it is a tributary of the Danube which runs into the Black Sea.

With 173 glaciers, the Engadine is one of the most glaciated areas in the Eastern Alps. The undisputed #1 is the Morteratsch glacier. Being about seven kilometres long, it is the longest glacier in the Engadine. There are many walks leading to glaciers and spectacular viewpoints above them.

The area of the Western Rhaetian Alps despite the long history and presence of world famous resorts like Sankt Moritz and Davos is lacking highways, which helps the territory to remain in a better shape due to remoteness and pristine nature in many places.

Founded in 1914, the Swiss National Park was one of the first national parks in Europe, and to this day remains Switzerland’s only national park. Thanks to the strict conservation rules in place, visitors are prohibited from veering off the marked footpaths, allowing a plethora of wildlife to be seen in an unspoiled environment. It is a part of the worldwide UNESCO Biosphere Reserve.

In addition to traditional Alpine entertainments such as skiing, hiking, MTB, the region is rich in thermal sources. Health treatment traditions are going back for many centuries. The thermal and therapeutic spas are fed by hot springs which have been known since times immemorial.

The iconic Sankt Moritz had begun as a spa town before it attained world renowned status as a ski resort. The bathing culture of Sankt Moritz reaches back to 1400 BC. The mineral springs with their ferrous and aerated waters enjoyed great fame and appreciation during the Middle Ages under Pope Leo X and the naturopath Paracelsus.

Another example is Bad Alvaneu, where people have been taking the water since the 16th century, or the Andeer bath house, which has been in use for 700 years by now. In Bogn Engiadina Scuol, the water was deemed medicinal by historic scientist Paracelsus himself.

A SPA treatment after a spectacular hike turns a wonderful day into a perfectly ideal one!

Bernina Express circulating between Italian Tirano and Swiss Sankt Moritz under the operation of the Rhaetian Railway is another UNESCO World Heritage Site in the Western Rhaetian Alps. If you want to make an Alpine postcard quality photo then Landwasser viaduct might be the best place to go.

If everything above isn’t enough to lure you into the region, check out the picturesque Swiss castles like Schloss Tarasp and Schloss Crap da Sass which look like jewels in the crown.

Everything is nature-oriented in the Swiss National Park. There are 80 kilometers of hiking paths, nature trails and excursion destinations for children and families. Founded in 1914, the natural park is the oldest in the Alps.

In the park, it's not allowed to leave marked paths, light a fire or sleep outside the Chamanna Cluozza. It is also forbidden to disturb animals or plants, or to take home anything found in the park. Dogs are not allowed, even on a leash.

One of the most scenic hikes in the park is a demanding trail to Munt Baselgia. From the summit of Munt Baselgia, visitors can enjoy a panoramic view of the town of Zernes down below and the Macun plateau of lakes.

Another spectacular location in the Swiss National Park is the summit of Munt la Schera. One of the trailheads is at the Swiss border control parking area. It takes less than 3 hours and 800 meters of elevation gain to reach the summit.

Besides Munt la Schera, the only peak lying completely within the Park that is accessible to visitors is Piz Quattervals.

Being extremely popular due to its beauty and spectacular landscapes, the area of Upper and Lower Engadine is a hiker’s paradise.

One of my favorite trails starts from Muottas Muragl top station and first leads to the high-altitude pristine alpine lake Lej Muragl at the foot of Piz Vadret and Piz Muragl. The next stage is the hike to Chamanna Segantini (a mountain hut) for a lunch with a view over the high peaks of the Bernina Group. The final part of the journey is the descent to the Alp Languard chairlift station which runs down to Pontresina from there you can take a bus to Punt Muragl if you happen to have left a car at the parking lot.

Another Upper Engadine highlight is the trail above Surlej to Fuorcla Surlej which offers especially spectacular views of sunlit Bernina peaks late afternoon. Those interested in having a closer look at Roseggletscher (Piz Roseg) could trek farther to Chamanna Coaz.

There are many glacier related trails in the region. One of the most popular and entertaining is the family trail from Morteratsch station to Morteratsch glacier.

From the top station of the Diavolezza cable car, there are trails leading to panoramic peaks of Piz Trovat and overlooking the Morteratsch Glacier Munt Pers. In wintertime, there’s a glacier ski route.

On the opposite side of the Bernina pass there’s the Lagalb cable car. From the top station you can easily scale Piz Lagalb offering an amazing 360 panoramic view.

Famous for the World Economic Forum, the area is barely known for its hiking opportunities. Nevertheless, there are plenty of them for various interests and skill levels.

Starting from the top station of Madrisa cable car at the foot of Madrisa Horn there are trails leading to Austria, including the summit of Madrisa.

Swiss-Austrian version of Tre Cime is called Drei Turme. The highest peak of the group, Grosser Turm, and the middle Mittlerer Turm are reachable with the trails.

A walk from Gotschnagrat to Weissfluchjoch is a classic hike above Davos with many picturesque locations and panoramic views.

A hidden gem of the region is the little known Jori lakes, a group of Alpine lakes located west of the Jörifless Pass and north of the Flüela Wisshorn. The turquoise lakes surrounded by wildflowers and framed by rocky peaks can’t fail to impress any outdoor enthusiast.

Here are the major lifts in the Western Rhaetian Alps.

There are many alpine transport means in one of the most famous ski resorts in the world. Probably the most popular are Piz Corvatsch (literally, a raven), Piz Nair, and Muottas Muragl.

Somewhat overshadowed by world elite gathering host Davos, the small village of Klosters features two cable cars. The first one is Madrisa. There are many hiking trails starting from the top station and leading to high altitude Swiss-Austrian border region. The second cable car runs to Gotschnagrat which is a perfect start for the Weissfluhjoch excursion.

There’s an option to scale the very summit of Weissfluhjoch which boasts a spectacular panorama in the very center of the Western Rhaetian Alps.

The capital of Graubunden, Chur is one of the oldest settlements in Switzerland. The Brambruesch cable car quickly carries you to the ridge walk trail where you can go all the wayup to Fulhorn.

A popular Italian resort in a very remote location. It takes 5 hours of a mountain drive to get to the place from Milan but it is totally worth it. There are many cable cars and even more outdoor opportunities in the area.

Apart from the world well known red alpine train with the same name (Bernina Express) the place boasts of amazing cable cars with alluring names in Romansch language: Lagalb (white lake) and Diavolezza (she-devil). Piz Lagalb offers a spectacular view over the whole Bernina Group. At the same time, Diavolezza provides a much closer look into the heart of the group and its glaciers.

Near the town of Sondrio in Lombardy, there’s little known yet not less spectacular remote valley of the Valmalenco, the south of Bernina group.

At the eastern end of Switzerland, there’s a small town of Scuol. The cable car running to Motta Naluns is a convenient starting point for the Piz Minschun excursion featuring amazing panoramic views of the Lower Engadine, Swiss-Austrian rock border, and Swiss National Park to the south. 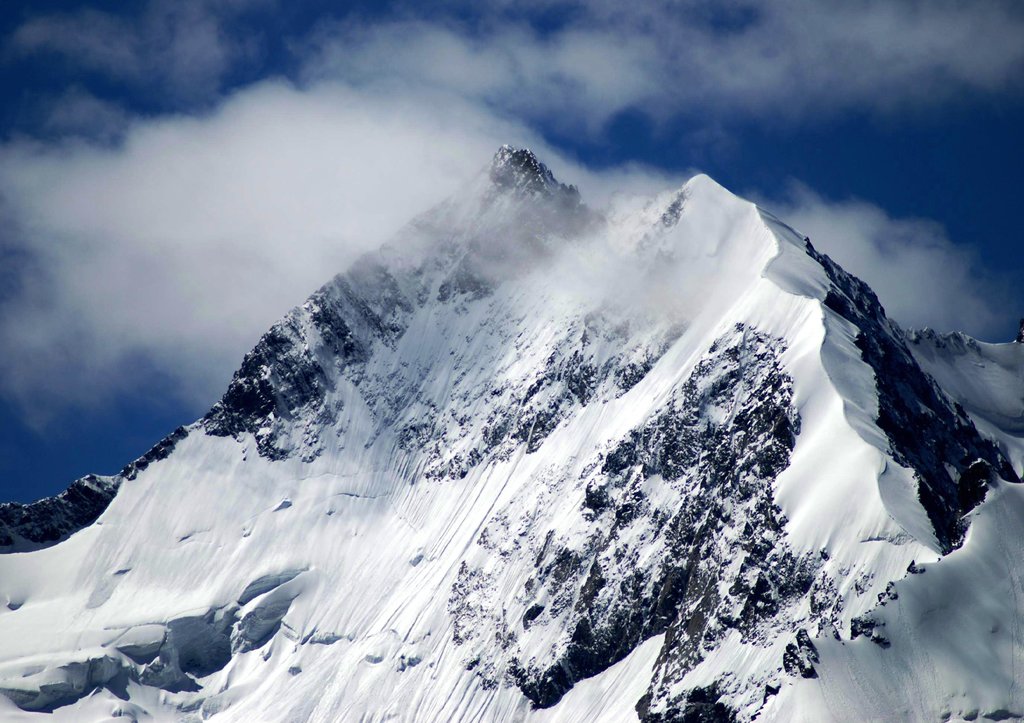 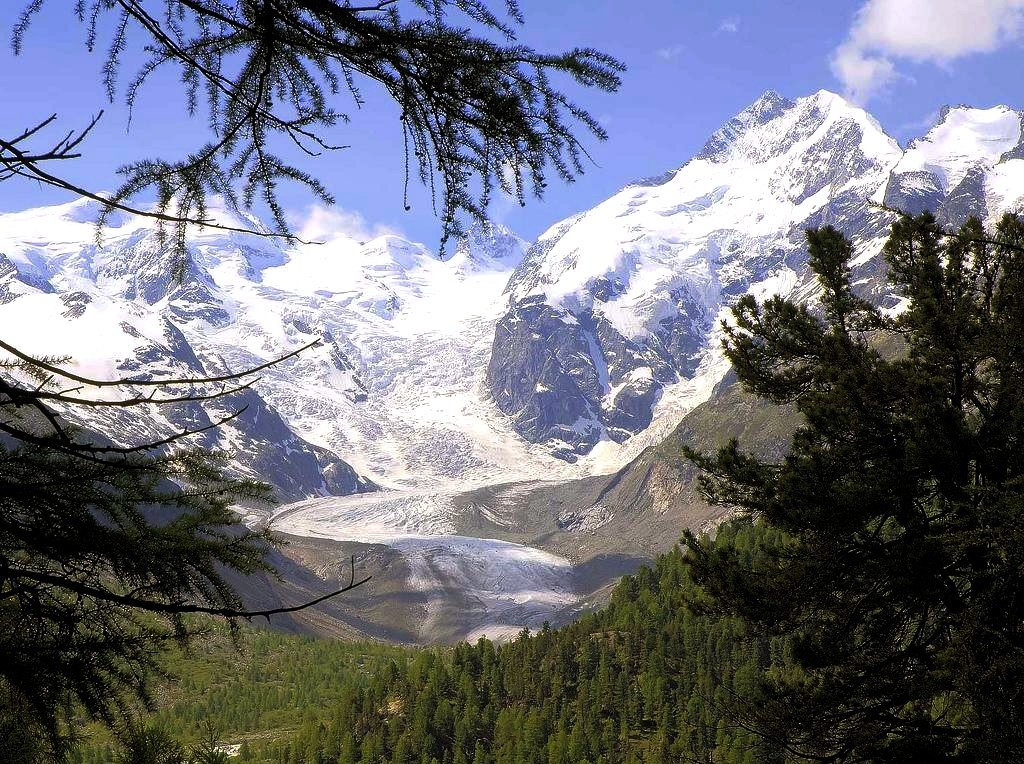 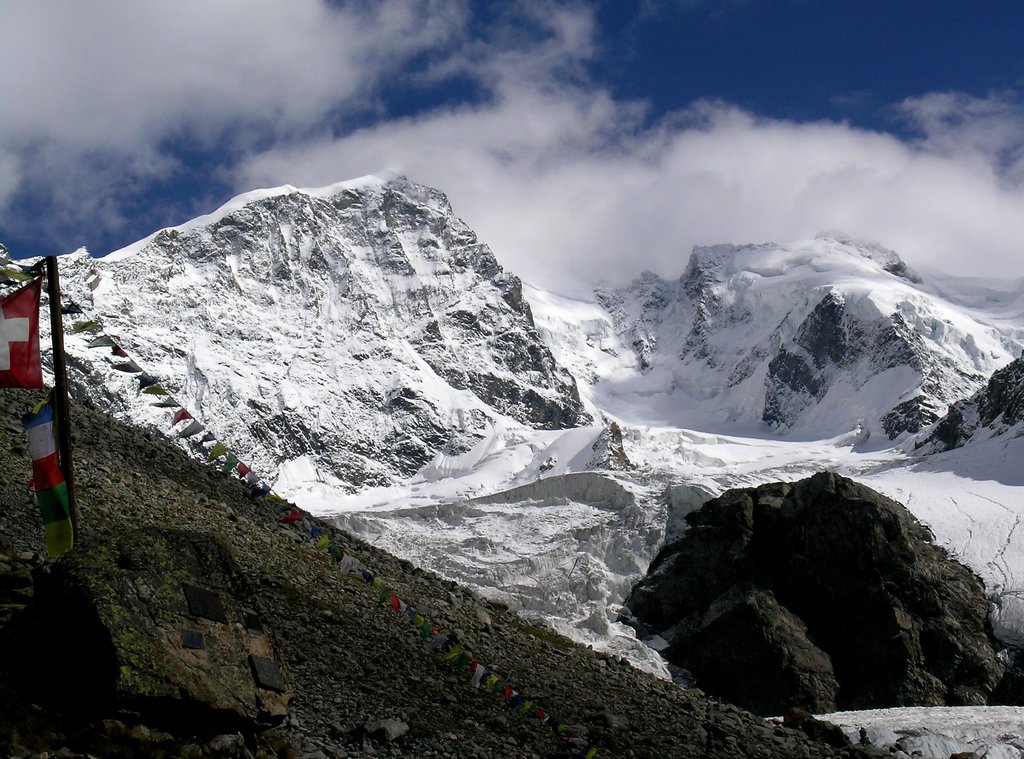 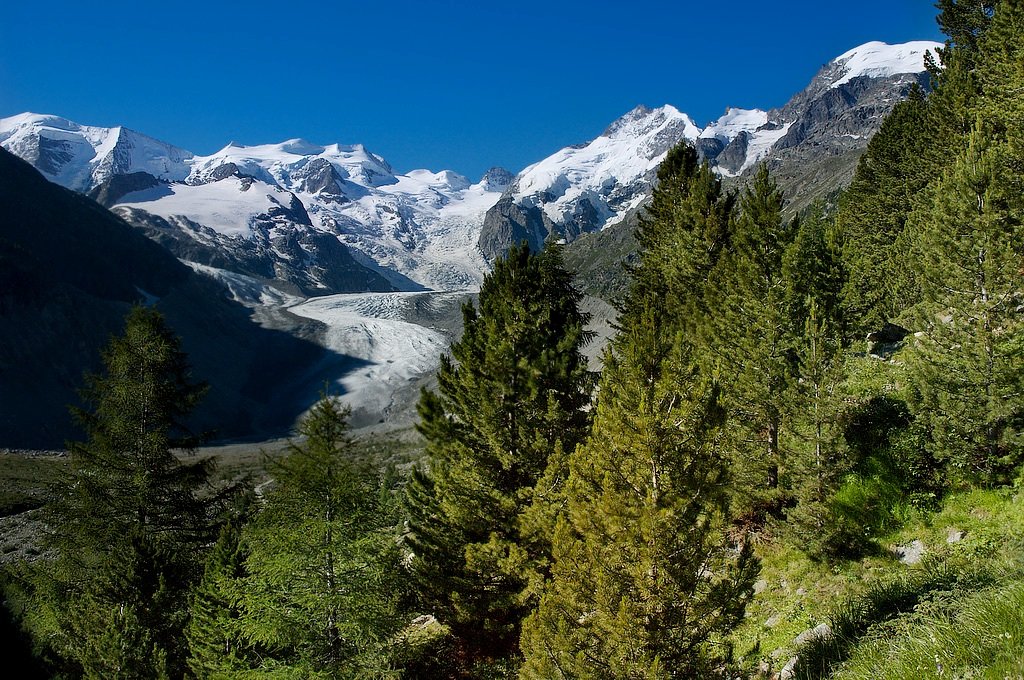 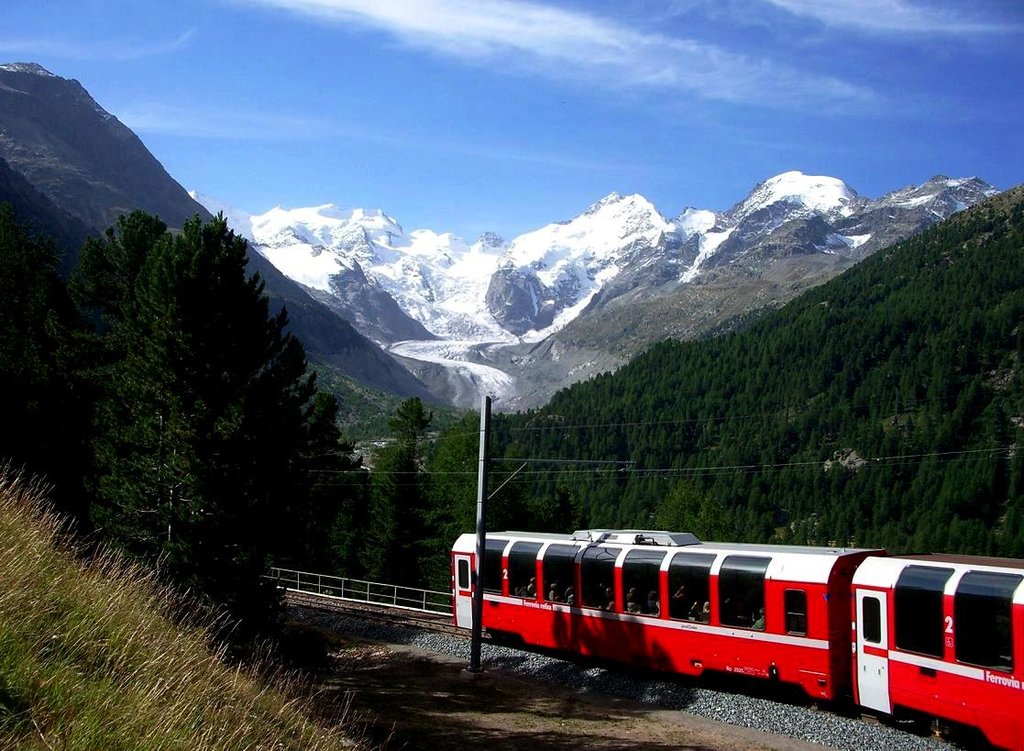 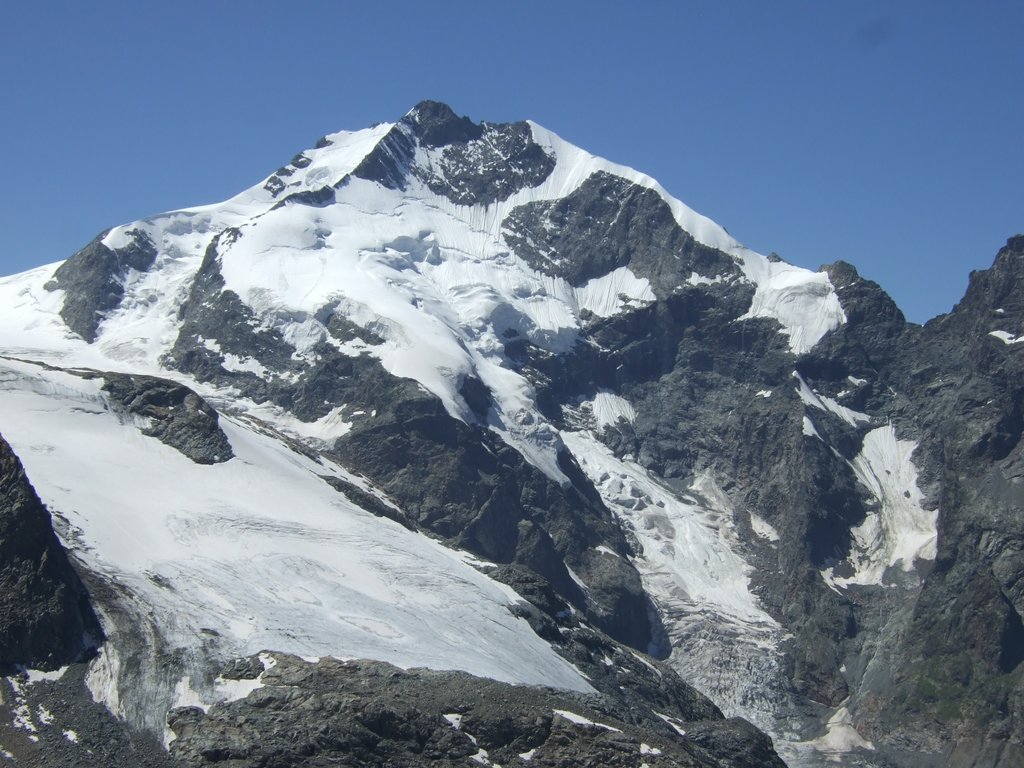 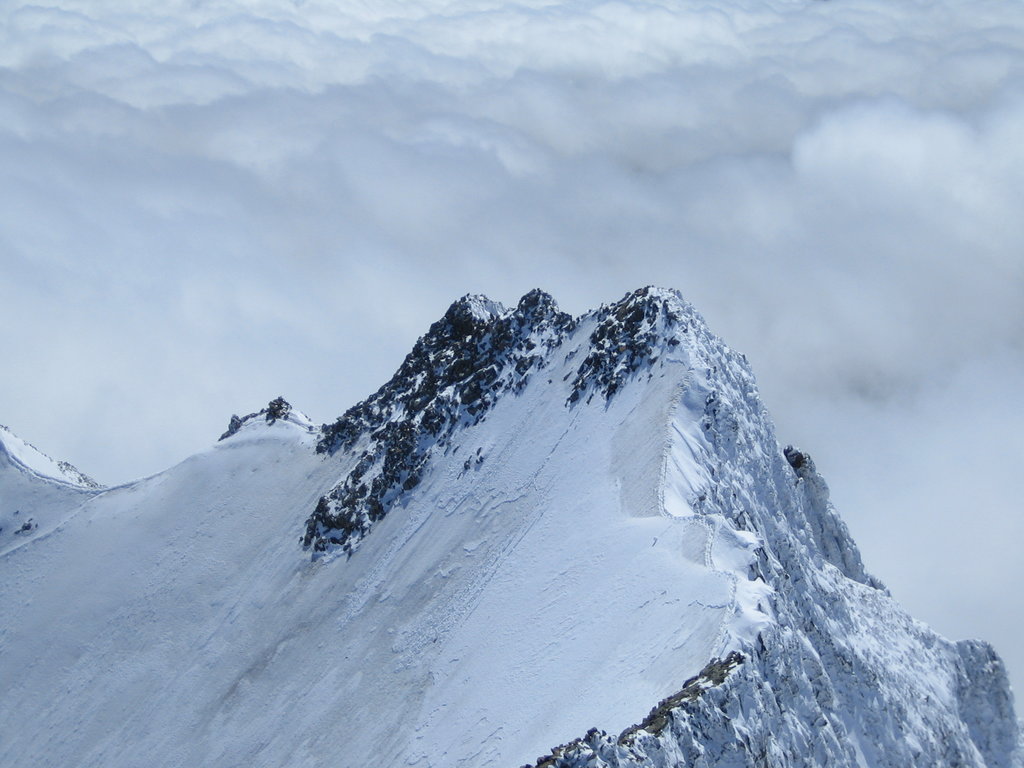 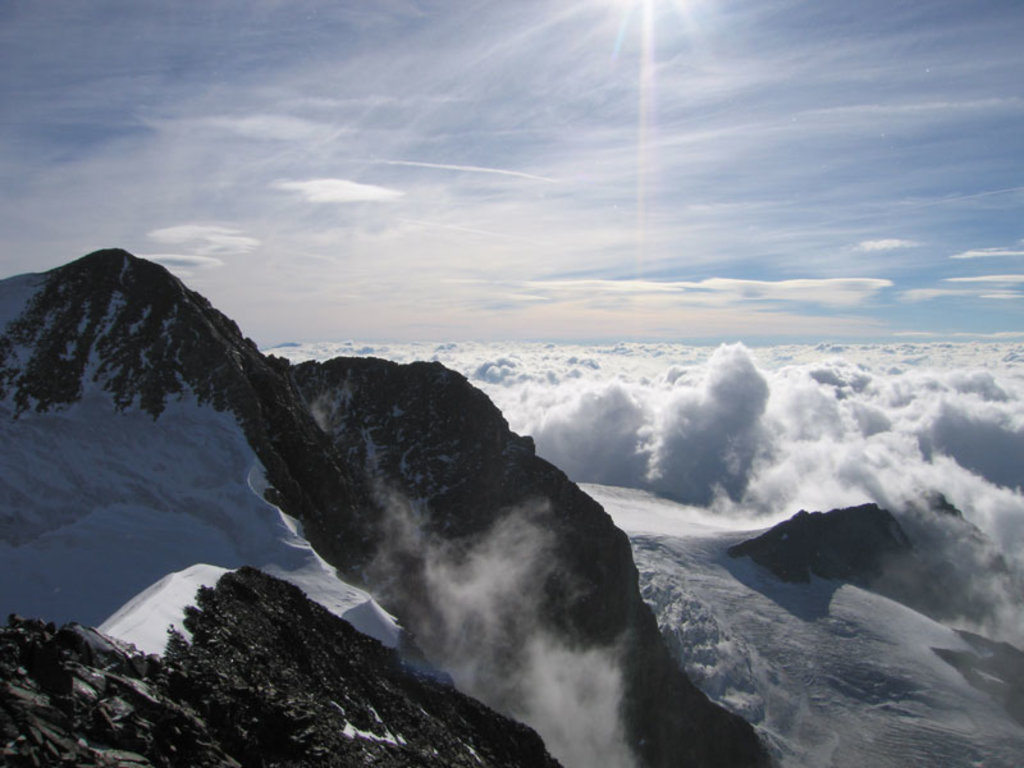