3 105 m
Elevation
Elevation is the altitude of a place
above sea level.

285 m
Prominence
Peak’s prominence is the least
vertical to be covered to get from the
summit to any other higher terrain.

The normal route of ascent is from the Chamanna Lischana a mountain hut operated by the Swiss Alpine Club, to the Fuorcla de Rims (2940 m), a col at the low point between Piz Lischana and Piz San Jon, and then along the South-East ridge of the mountain passing over the intermediate summit at pt. 3044. The route is graded T3+ or T4 in the Swiss Hiking Scale. The final section of this route can also be reached from S-charl via the Fora dal'Aua and via the Val d'Uina, but these routes are longer and involve more ascent. Other routes to the summit involve technical climbing.

A substantial rock fall from the summit pyramid into the Val de Triazza was recorded on camera by a party who had just left the summit on July 31, 2011. It is estimated that 2000 cubic metres of rock fell. The route from the saddle below the summit was assessed by the local authorities and re-routed with prominent red dot route marks to avoid the areas prone to further rock falls.

During the last quarter of the 20th century the Vadret de Lischana plateau glacier covered the 4 km2 plateau between Piz Lischana and the Lai da Rims. The ice has disappeared except for two relics, the small glacier Vadret de Triazza below the South-East ridge and one which retains the original name below Piz San Jon.
There's an alpine trail (T4) leading to the summit. 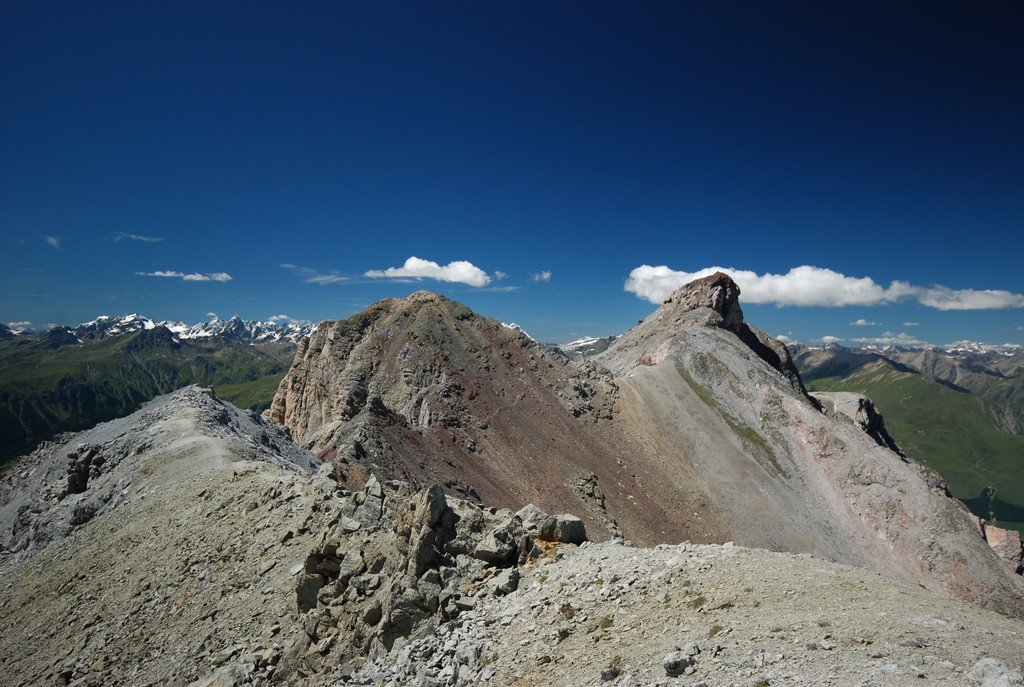 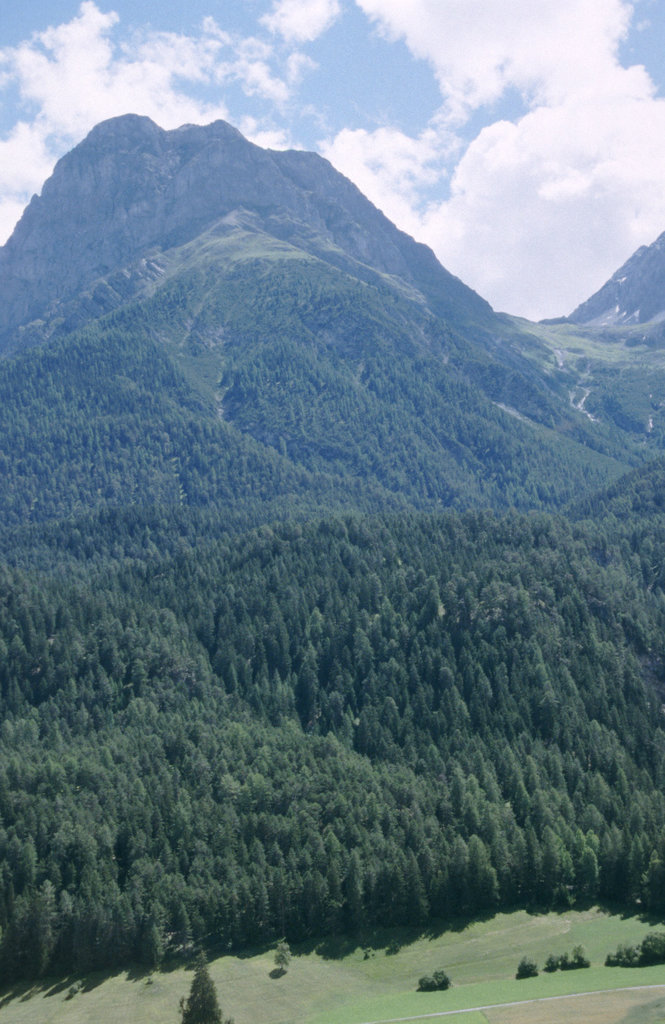 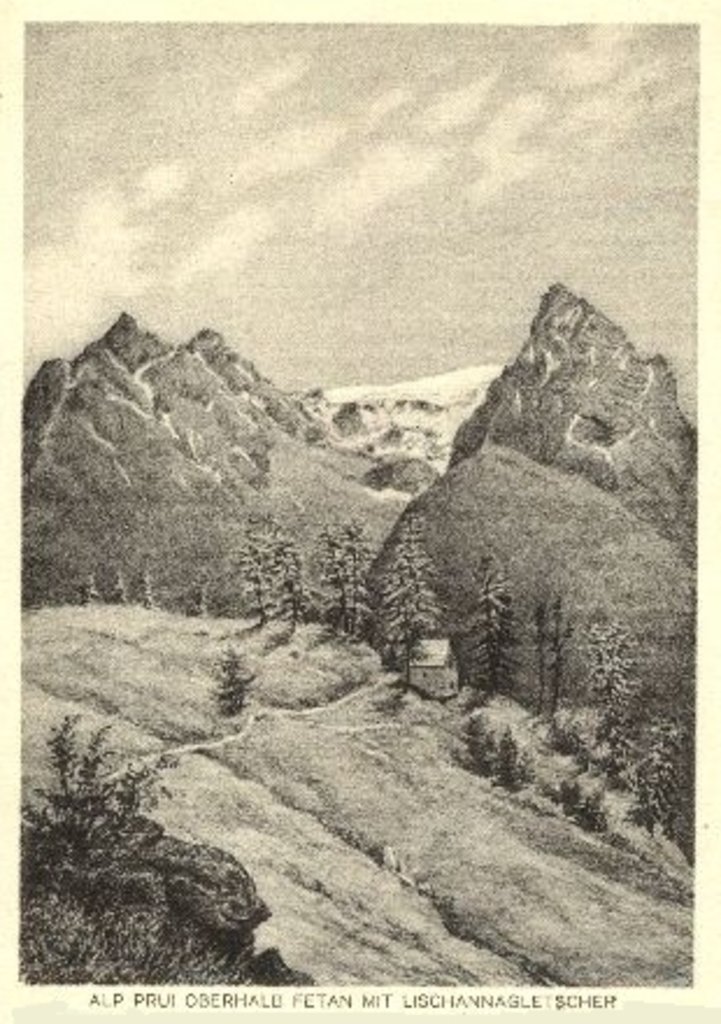 46.745 N   10.281111 E
Nearest Higher Neighbor
Piz Pisoc - 5.8 km WSW
El: 3 174 m / Prom: 921 m
Check out a downloadable 3D model of Piz Lischana area. A higher resolution model can be found in the PeakVisor mobile app.
Do you have photos of Piz Lischana or know something about it? Please let us know!