Beverin Nature Park is a mountainous protected area with deep valleys and rugged landscapes located in eastern Switzerland. The four major valleys of the park define its rugged alpine terrain. There are 172 named peaks in the park, the tallest and most prominent of which is Pizzo Tambo at 3,279 m (10,758 ft) in elevation with 1,159 m (3,802 ft) of prominence. 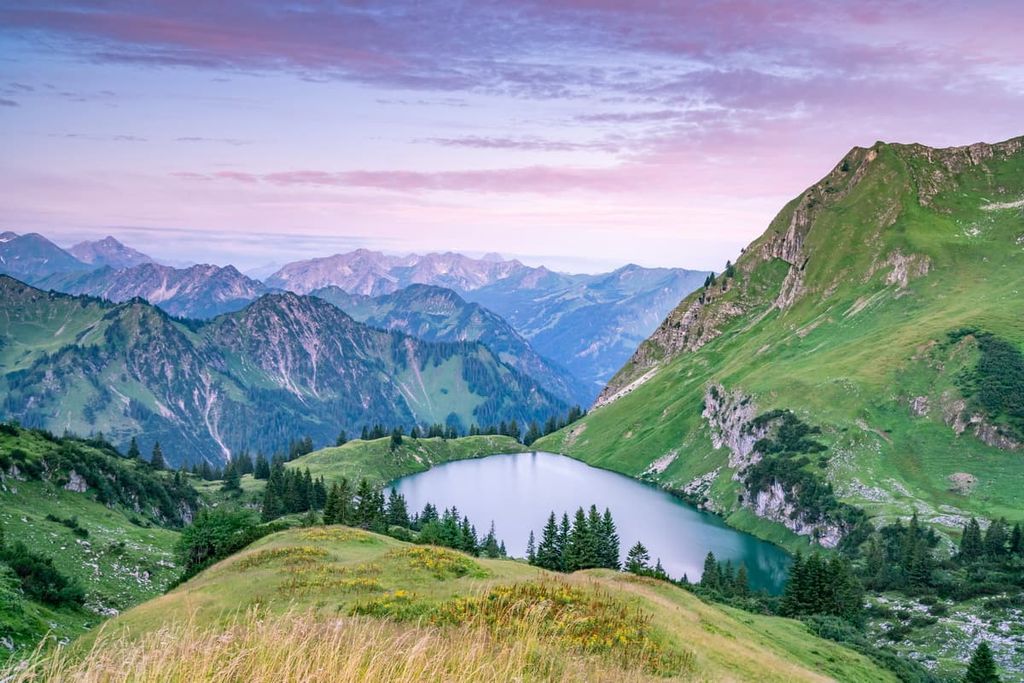 Beverin Nature Park (Naturpark Beverin) is situated in eastern Switzerland in the canton of Grisons, along the country’s border with Italy. At the center of the park lies Piz Beverin. Though not the tallest peak in the park, its location and distinct shape makes it a defining feature.

Four major valleys lie within the park, the most notable of which is the Safien Valley. Other major features include three deep canyons.

The Viamala and Roffla canyons are rugged yet beautiful, both home to numerous hiking trails and multiple waterfalls. Steep rock faces with patches of forest mark the walls of the Rhine Canyon.

This deep river canyon is known for hiking as well as rafting and canoeing. Because of its sheer size, the Rhine Canyon is sometimes referred to as the Grand Canyon of the Alps.

Besides wide valleys and canyons, higher elevations in the park are marked by the Alps. Here, sweeping valley pastures give way to dense forests and rocky summits. Glaciers can be found at some of the higher summits, including on Piz Por.

Today, the park spans 515 sq. km (199 sq. miles) across the canton of Grisons. Around 3,500 people live within the park, mostly within small mountain villages.

Additionally, Beverin Nature Park is located near other parks in the region. Parc Ela lies directly to the east alongside Swiss National Park. To the southeast, in Italy, lies Stelvio National Park and Parco naturale dell’Adamello.

The landscape within Beverin Nature Park shares a geological history that’s deeply intertwined with the formation of the Alps. The peaks in the park, including Pizzo Tambo, mark the eastern region of the Lepontine Alps.

This Alps subrange is located in both Switzerland and Italy. It is drained by the Rhone, Reuss, Rhine, Ticino, and Toce rivers.

The peaks within the park began forming during the Late Cretaceous and Tertiary periods. As the African tectonic plate moved northwards it collided with the European plate. The collision of the two tectonic plates led to formation of the Alps.

The immense pressure gave rise to the peaks and the Swiss Plateau, which is located north of the park. A vast sea once covered the plateau, but as the water retreated, the landmass was pushed further upward.

Recumbent folds pushed the sea floor up, eventually forming the peaks in the park. Many of the peaks consist of gneiss, mica schist, dolomite, and phyllite.

The major valleys in the park were formed by millions of years of erosion and glacial retreat. Today, the small glaciers in the park, like the three on Pizzo Tambo, showcase the final remnants of the vast ice sheets that once covered the region.

The vast alpine fields in the park are home to a variety of wildflowers. Common species throughout the park include alpine aster, ragwort, primrose, Grengjer tulip, and orchid.

Populations of larch, Norway spruce, and pine trees are common in the forested sections of Beverin Nature Park. Many of the communities located within the valleys of the park also use the land for agricultural purposes.

One of the most common animal species in the park is the ibex, which is also a symbol of the park. Visitors can also spot red deer, chamois, along with the occasional fox.

Human history in the region dates back thousands of years to the Pfyn culture, around 3900–3500 BCE. Just north of the park lies the city of Chur, one of the country’s oldest known settlements.

Bronze and Iron Age settlements inhabited the region from 1300 BCE to the third century BCE. The Roman Empire conquered the region and ruled over it until its fall in the fourth century CE.

In the centuries that followed, the region was ruled by many different groups, including the Ostrogoths, Franks, and Magyars. At the end of the tenth century the region began to flourish as numerous alpine transit routes converged near the city of Chur.

Today, the park is home to two distinct cultures and languages. The Walser speak the Walser German (Wallisertiitsch) dialect. These villages are fairly rural, though they feature a vibrant culture.

Those who speak Romansh live throughout Grisons and, near the park, mostly in the Schams region. Here, communities are more densely populated and the alpine pastures are often used for dairy farming.

The park itself was first proposed for protection in 2009. It was formally designated as Beverin Nature Park in 2013. It is one of four protected areas in Grisons after Swiss National Park, UNESCO Biosfera Val Müstair, and Parc Ela.

Beverin Nature Park is home to numerous trails for hiking and mountain biking. Here are some of the most popular trails and regions in the park:

Here, vibrant blue green waters rush below between the narrow canyon walls. As it is located directly off the highway, this scenic route is easily accessible for many visitors to the park.

The Blick Richtung San Bernardino - Libi - See Loop trail is a 9.9 km (6.2 miles) path with 480 m (1,575 ft) of elevation gain. The trail climbs steadily through the forest before opening up onto vast alpine fields.

Along the hike, visitors can see small alpine lakes dotted throughout the route while the snow capped peaks of the Alps tower overhead.

Looking for a place to stay near Beverin Nature Park? Here are some of the best cities and villages to check out in the region:

Located north of the park lies Chur. The city is situated in the Grisonian Rhine Valley and is known for being one of the oldest cities in the entire country. Chur has a population of around 36,000 people.

Situated in the heart of the Alps, both the Bernina Express and Glacier Express pass through the town. The old town is full of quaint squares, shops, and alleys while cars aren’t allowed. Some of the most popular sites include the Episcopal Cathedral and hiking trails on Brambruesch.

The town of Bellinzona lies just south of the park’s border and has a population of 44,000 people. Bellinzona is known for its three castles: Castelgrande, Montebello, and Sasso Corbaro.

Situated just east of the river Ticino, the Lepontine Alps tower above, spanning from the east to the west. Hiking trails extend from the outskirts of town leading into the mountains. Visitors can also take tours of the town’s castles. 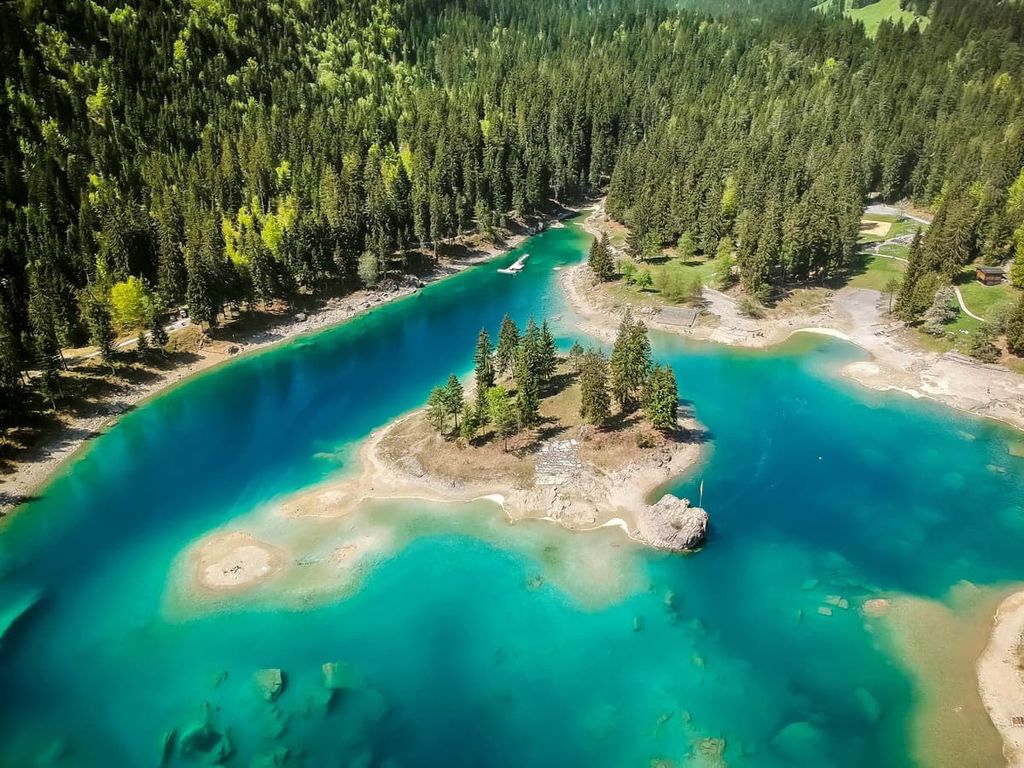 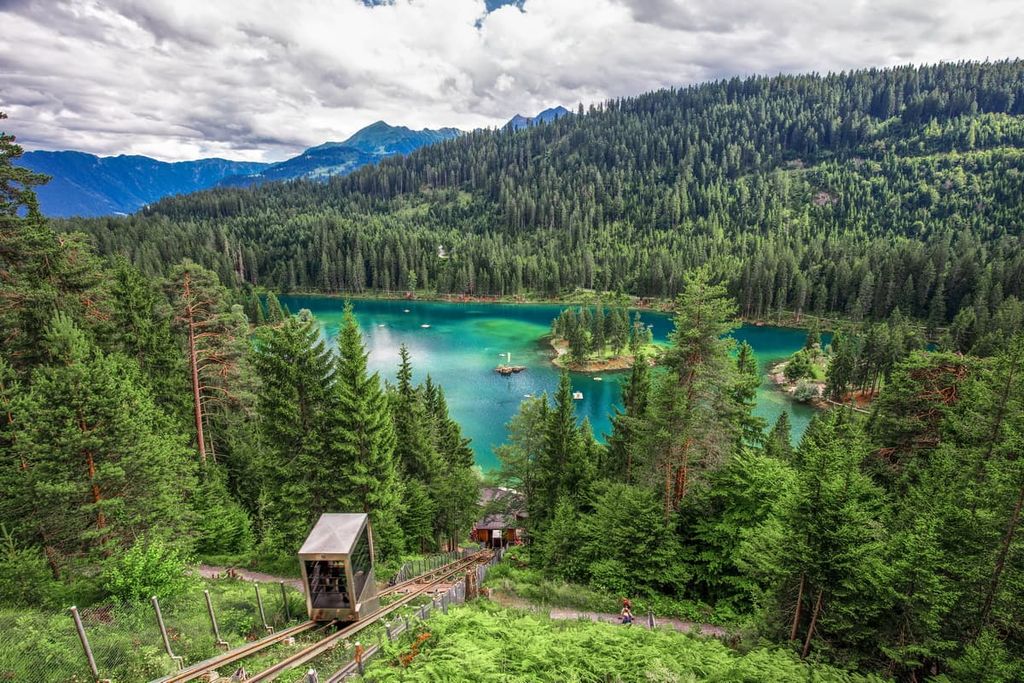 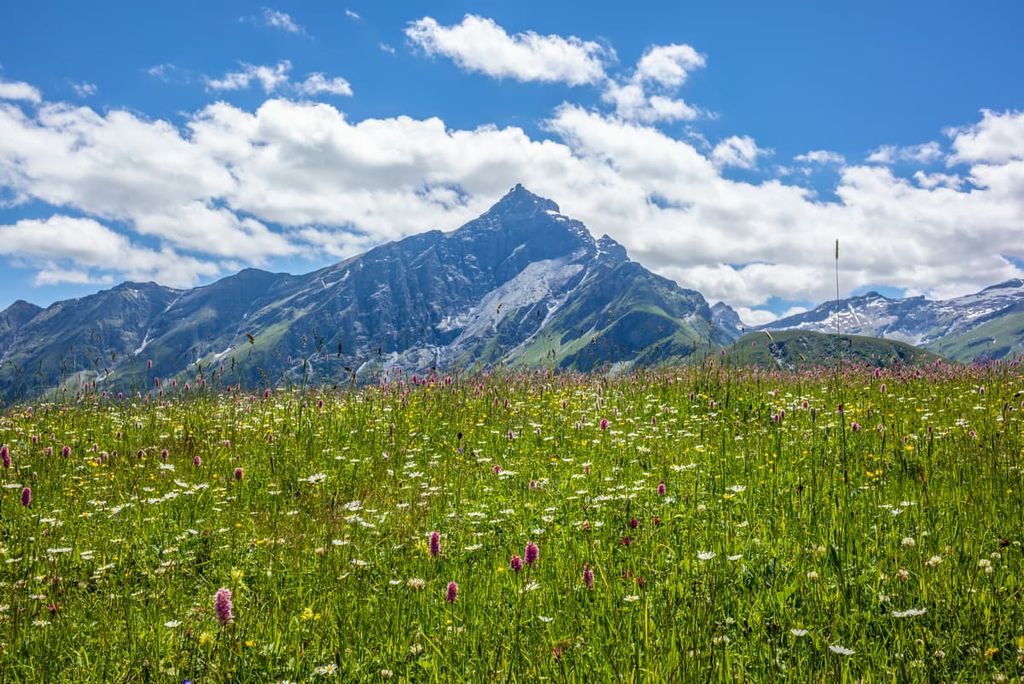 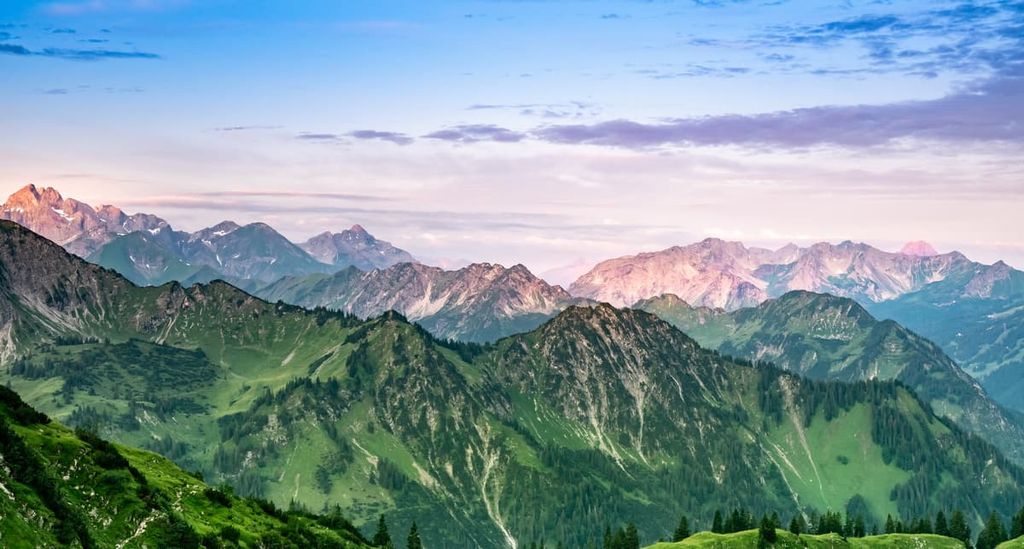 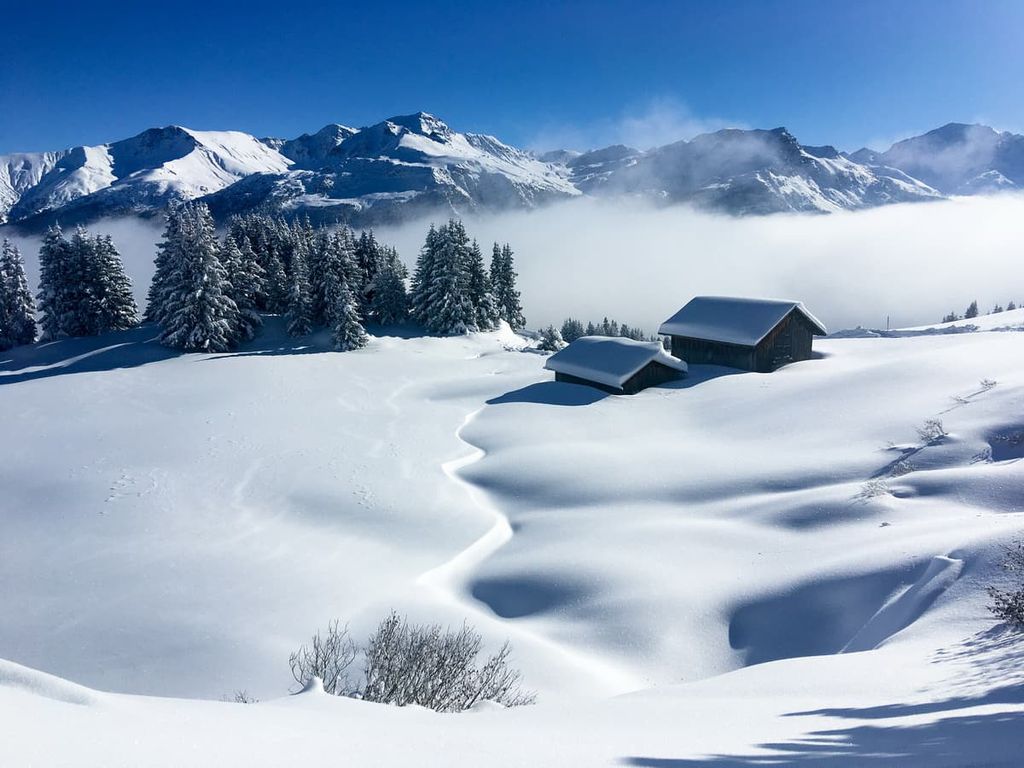 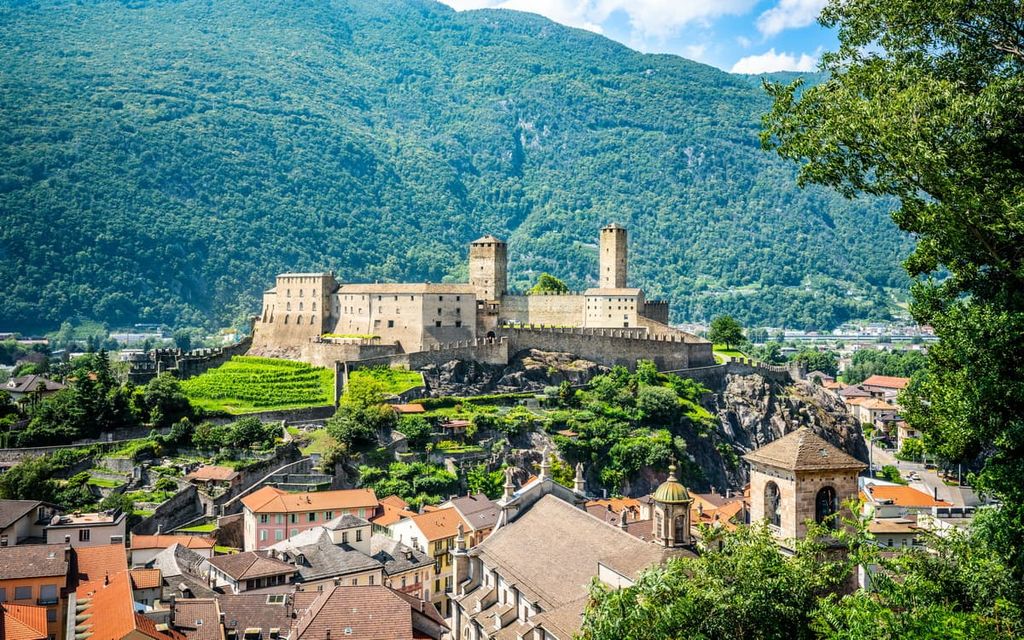 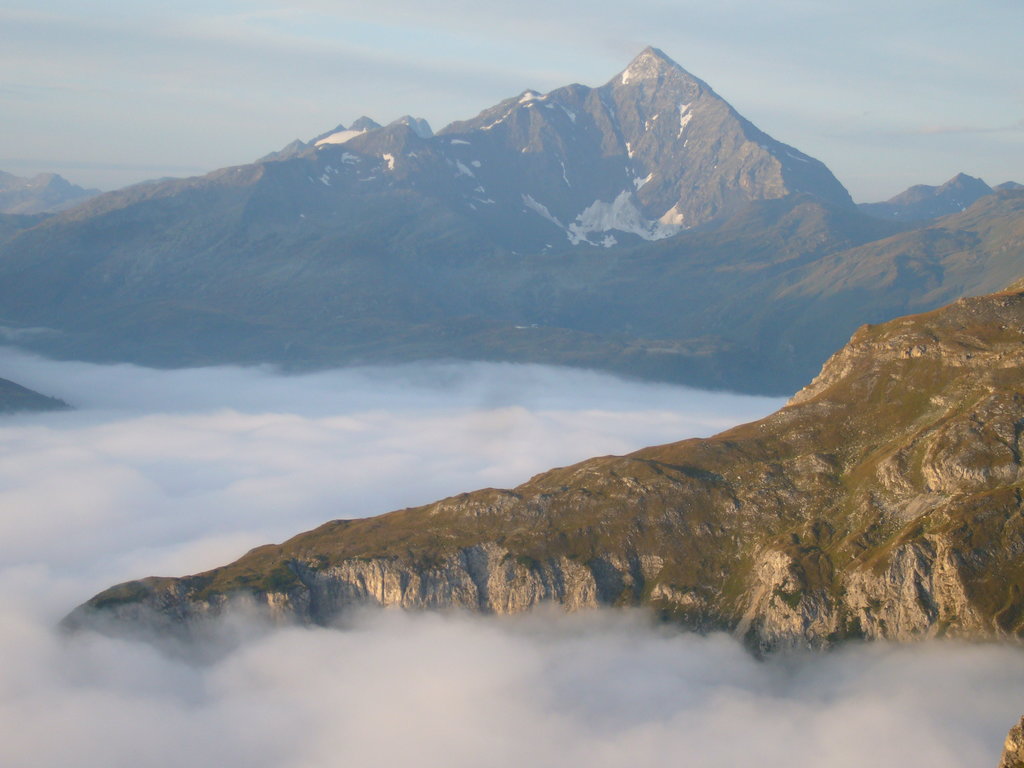