Founded in 1914, the Swiss National Park is the only national park in Switzerland and the oldest in the Alps. It is located in the canton of Grisons (Graubunden), close to the easternmost part of the country. The southern flank of the park goes along Swiss-Italian state border with adjacent Stelvio National Park on the Italian side. Together with Biosfera Val Müstair to the east from the park they form the first high alpine UNESCO biosphere reserve in Switzerland. Encompassing an area of 170 sq.km. Swiss National Park is slightly larger than Lichtenstein. 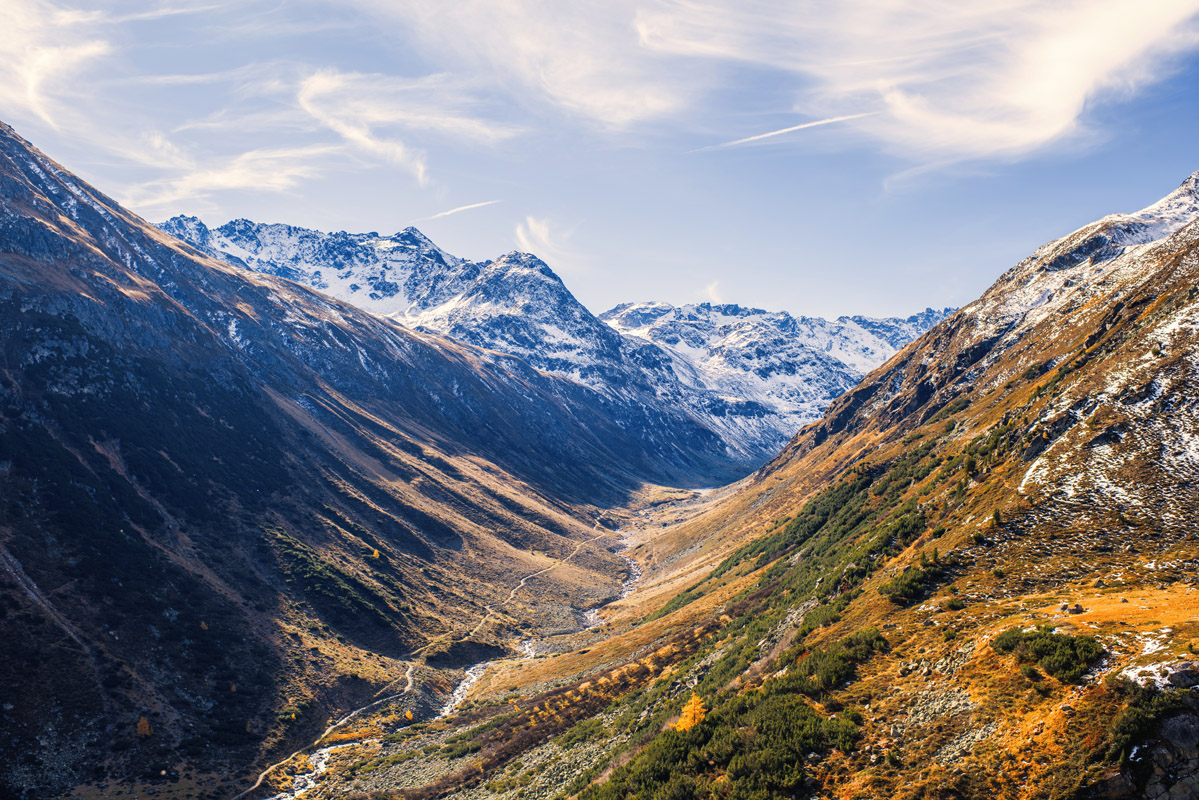 The only visitor centre is located in Zernez which is the optimal starting point to explore the park. There are 56 named mountains in the Swiss National Park. The highest and the most prominent mountain is Piz Pisoc 3,173m which is the second highest in the whole Sesvenna Range of the Western Rhaetian Alps. Other prominent peaks are Piz Quattervals, Piz Chaschauna (also known as Punta Cassana), Munt la Schera, and looming over the village of Zernes Munt Baselgia.

Stringent rules are applied on the territory of the park with the sole purpose of letting flora and fauna develop freely and allow natural processes to run their course completely unhindered. In fact, the rules are so strict that the Swiss National Park is the only park in the Alps which belongs to the highest category – the «Champions League» – of strict nature reserves (IUCN classification). Below is a brief list of the most important rules:

The Swiss National Park in Numbers

The park is home to around 300 ibex. In the middle ages the medicinal properties attributed to its flesh and horns were the primary cause why the ibex had been exterminated in all the Alps except one place. At the beginning of the 20th century, the only remaining ibex lived in the Royal Hunting Reserve of the Gran Paradiso in Italy (nowadays area of the Gran Paradiso National Park in Piemonte). In 1856, two ibex from the Royal Hunting Reserve were poached and smuggled into Switzerland. The Swiss set up a unique breeding station at the Peter & Paul Wildlife Park in Saint Gallen and later repopulated ibex in all Swiss territories, including the Swiss National Park.

There are also thousands of marmots even though nobody tried to count them.

Given the strict rules of the park and limited number of allowed trail paths one might expect limited recreational opportunities. But worry not. Spectacular hikes in the real wilderness will keep you busy for many days. There are 21 marked trails to choose from. They do not include the trails reaching summits on the border with Italy thus allowing peeking into the Swiss National Park from the state border, e.g. from Punta Cassana and Punta Tropione.

Here are just some of the favourite scenic trails in the Swiss National Park.

Looming over the village of Zernez, Munt Baselgia hides a small plateau with numerous alpine lakes. These lakes are called Macun Lakes and the plateau makes part of the Swiss National Park as the only external “island”.

The Macun Lakes trail is a demanding one, departing from the Zernez railroad station one has to gain 1400m of elevation over a distance of 10km to reach the summit of Munt Baselgia. But it is totally worth the effort. You get one of the best alpine panoramas from its top.

From there the trail descends towards the lakes and later leads down the valley spiced up with breathtaking views of the Silvretta Massif. Finally, having reached the village of Lavin you can take the train back to Zernez. In total, the trail takes about 8 hours to complete.

Piz Quattervals 3,164m is the highest reachable peak of the Swiss National Park. It takes 5 hours and 1400 meters of elevation gain from Chamanna Cluozza, including some scrambling close to the top to scale the peak. Being higher than 3.000 meters Piz Quattervals allows unobstructed views for hundred kilometers all way round.

Munt La Schera is the only other mountain lying completely within the park and reachable with a trail besides Piz Quattervals. The mountain hides an important tunnel deep below the surface which connects Swiss Graubunden with Italy. Apart from the geological and historical interest, the trail offers sweeping views of the peaks in all directions and artificial Livigno lake nestled between steep slopes of Monte Cassa del Ferro and Punta dell'Acqua, both over 3000 meters.

The trail can be combined with ascent to Piz Daint in Biosfera Val Müstair. Having a prominence of 731m, Piz Daint boasts a spectacular panorama.

Zernez is the gravitation point for Swiss National Park visitors. But there are many other small villages close to the Swiss National Park, so there are plenty of accommodation options to choose from, including those on the Italian side (a popular ski resort of Livigno).

Home to the only visitors center in Swiss National Park, the picturesque village of Zernez is the gateway to the Swiss National Park. It is also a major transport node on the crossroads between Upper & Lower Engadine, and Val Mustair. Traffic from Italy, Austria, and Switzerland meet at this three-country triangle.

Other Nature Parks in Switzerland

There are no other National Parks in Switzerland but there are several other protected areas with unique features and less strict rules:

Some of the Swiss parks are not in the Alps but in the Jura Mountains: 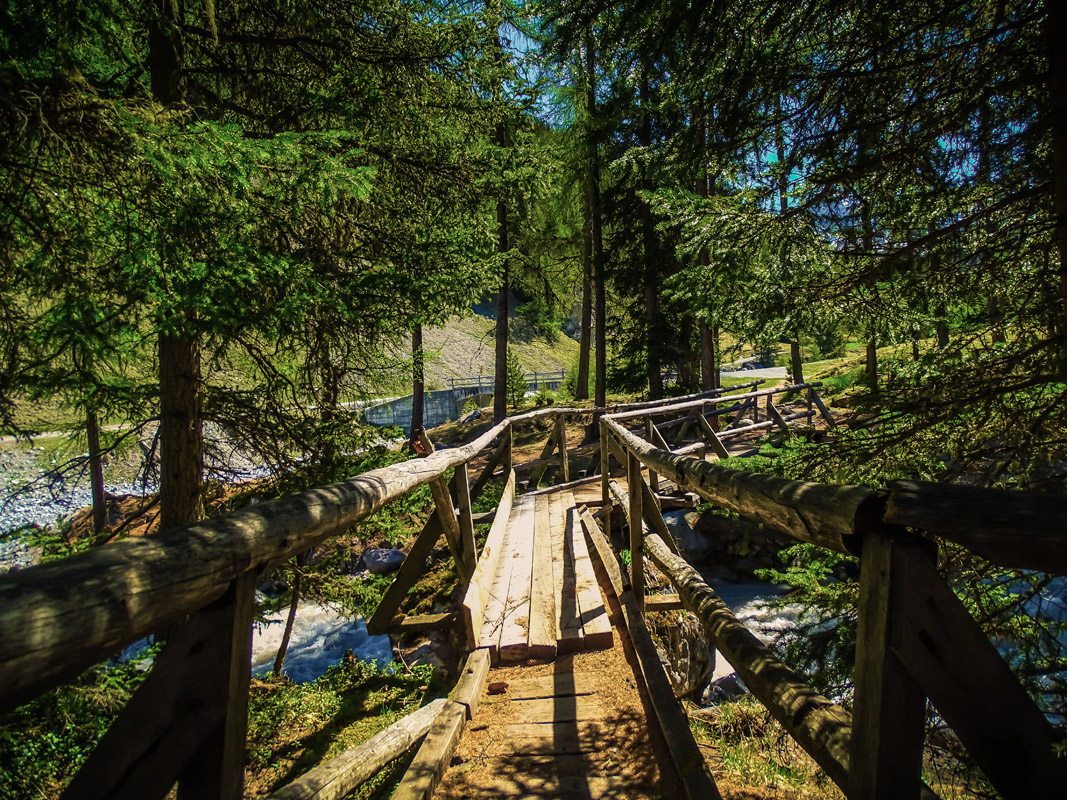 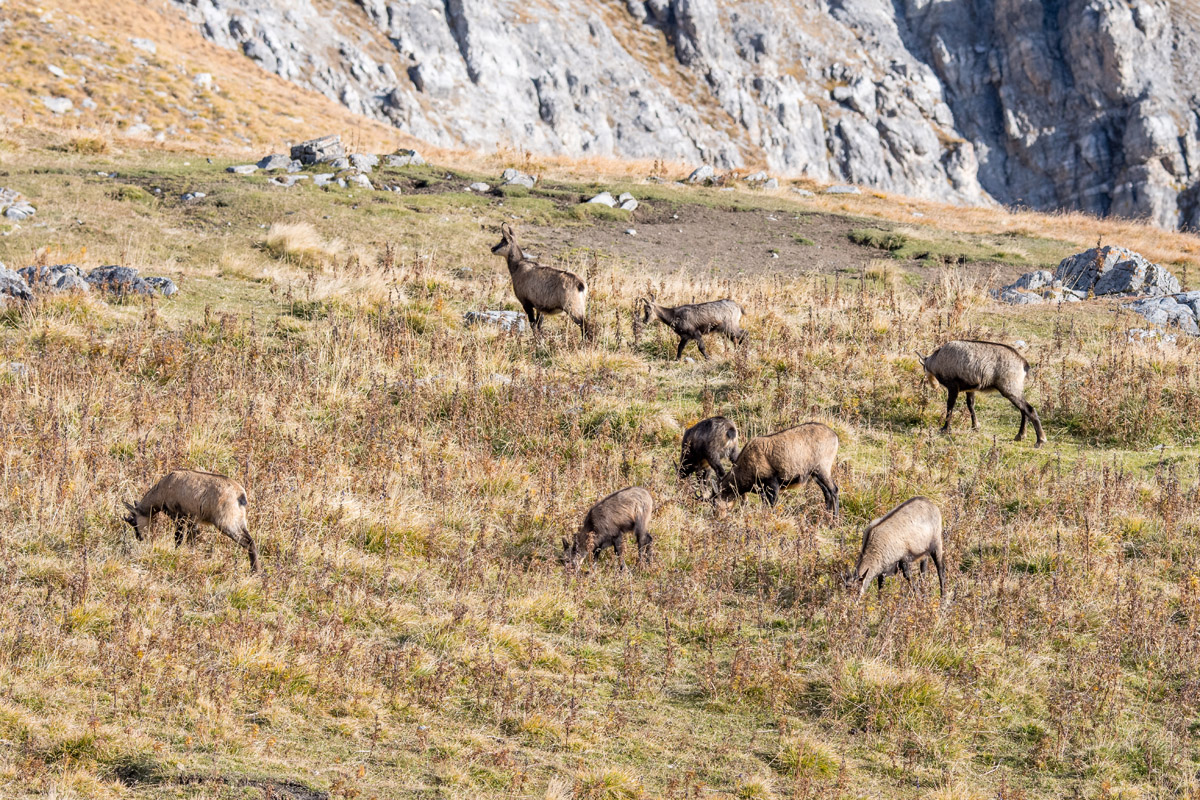 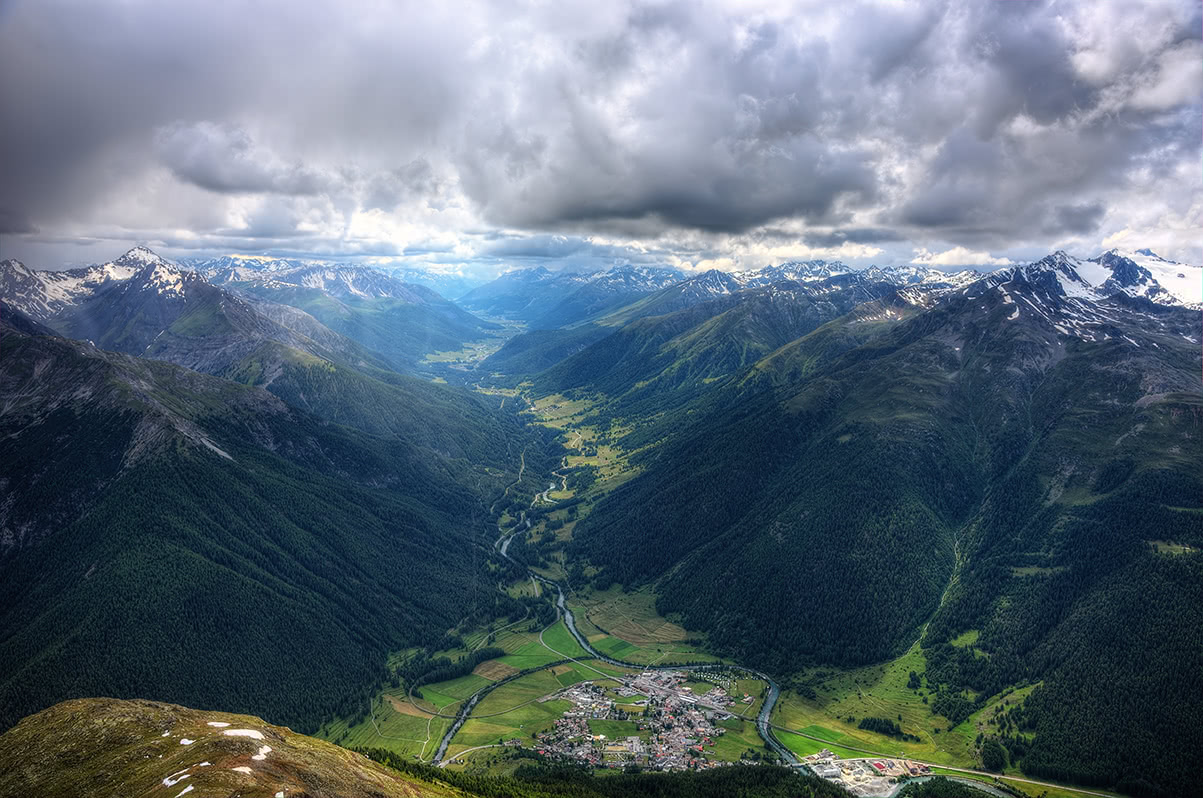 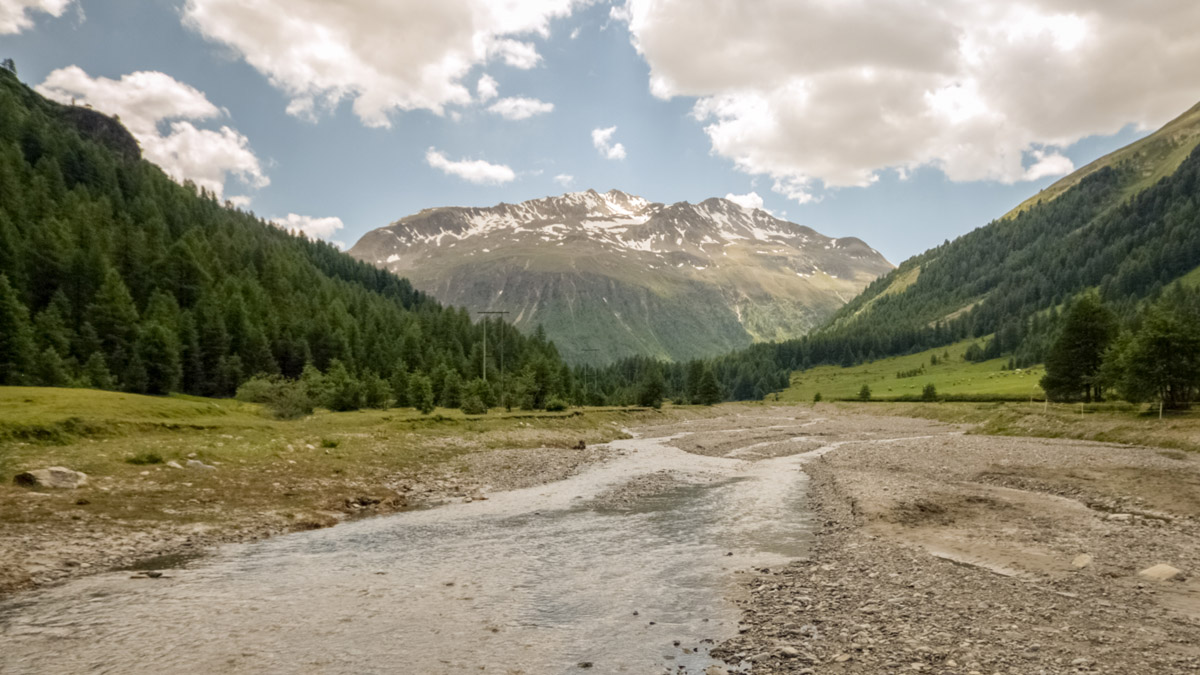 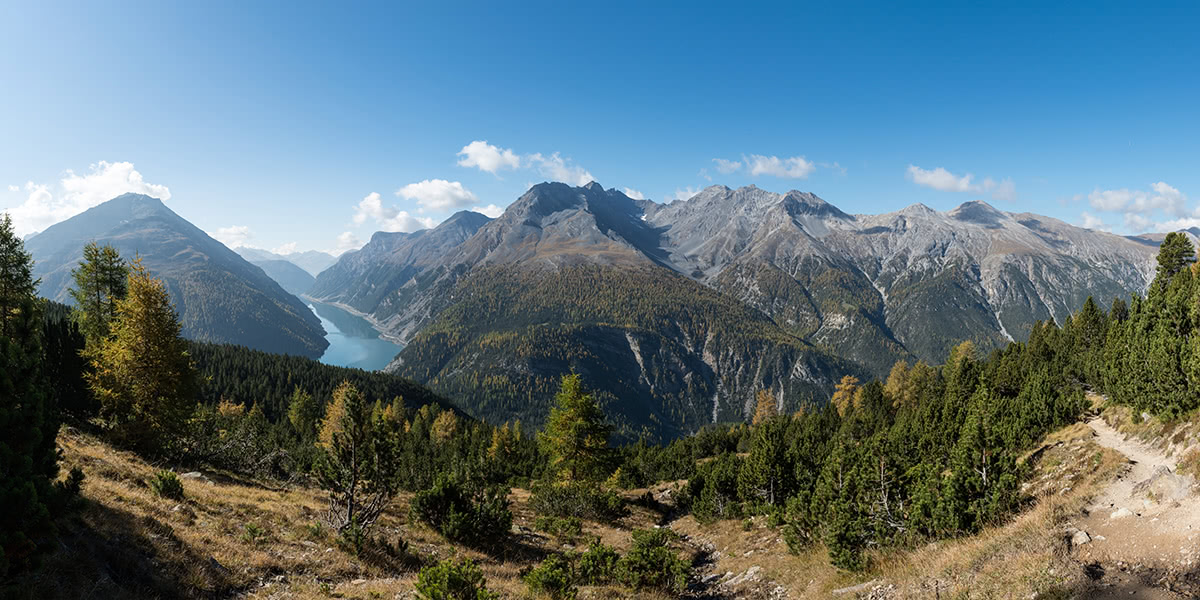 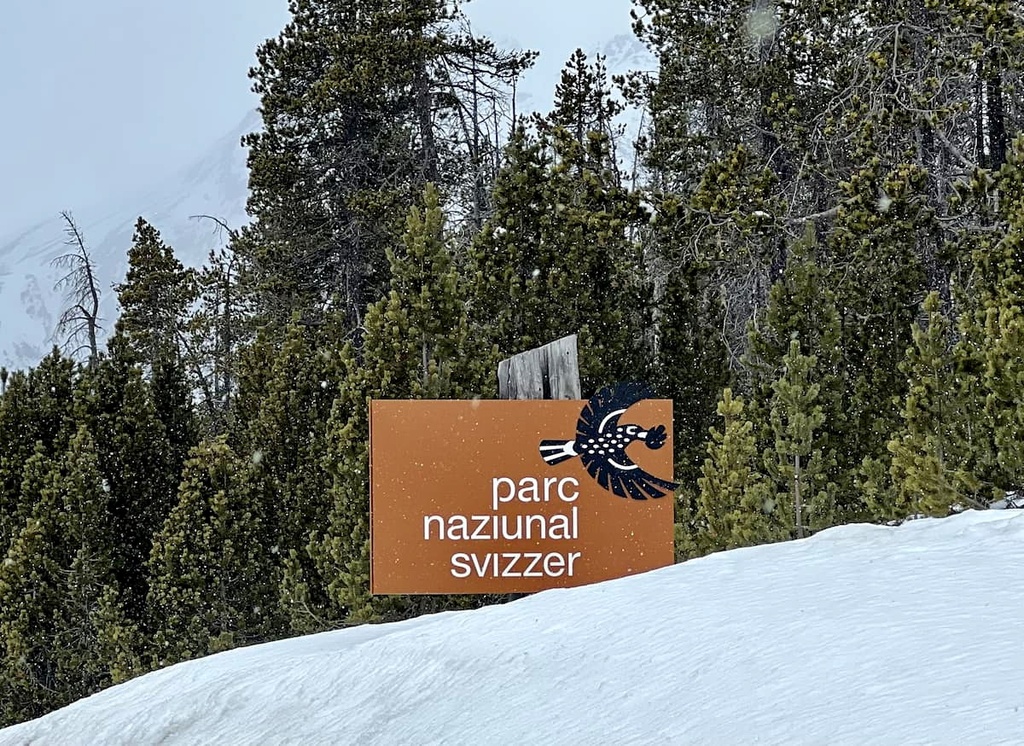